Words from the angler : I am not a lucky fisherman, but on this evening, for once, Murphy was not on the fish’s side. Just after I hooked the fish it ran under a ledge against the rock wall where I was standing, and continued to run and run and run. Nothing that I nor the rest of the team could do, could free the line from under the ledge, but the rope-like backing I was using survived the stones and oysters. I soon came to the conclusion that the only solution was to send Stu Harley a 100m downstream and have him try hook my line with his sinking line fly rig, which he skilfully did. Once he had my line in hand, Stu kept a gentle pressure on the fish, and it just hung in one place. Then we had Greg Ghaui hold my rod, while I ran down to near where Stu was. I then cut my backing and tied it to the end of Stu’s rig, and resumed the battle (the second time in my life I’ve had to ‘cut and paste’ a big-fish fight). It was only then that the fish breached for the first time and that we could see its size, which was an order of magnitude beyond anything we’d ever seen before. The fish still managed to wedge itself into four different rock crevices after that, but given its size it probably battled to find a ‘foothold’ and so each time we were able to get it out, but not before the leader had been 75% sliced through by an oyster (I discovered the cut the next day). When the fish seemed ready to be grabbed by the jaw, Stu took the plunge and got a handhold. But just as he got the fish’s nose onto the narrow ledge we were standing on it gave an almighty head shake that saw Stu loose his grip, and which threw the fly! Miraculously, before the fish could gain its composure and sink back, Stu, Greg, and I each made a wild, lucky grab and that was that. So, like all big perch in Cameroon, this was not my fish but very much ‘our’ fish and a ginormous thank you is due to the bush-savvy, masterful skills and massive team work of Stu Harley, Greg Ghaui and Vossie Voster (Vossie kept the lights going, and filmed the whole thing). And also a massive thank you to the teams in Cameroon, without whom’s dedication and tough, inglorious conservation work, these spectacular creatures and their homes would not still be here. 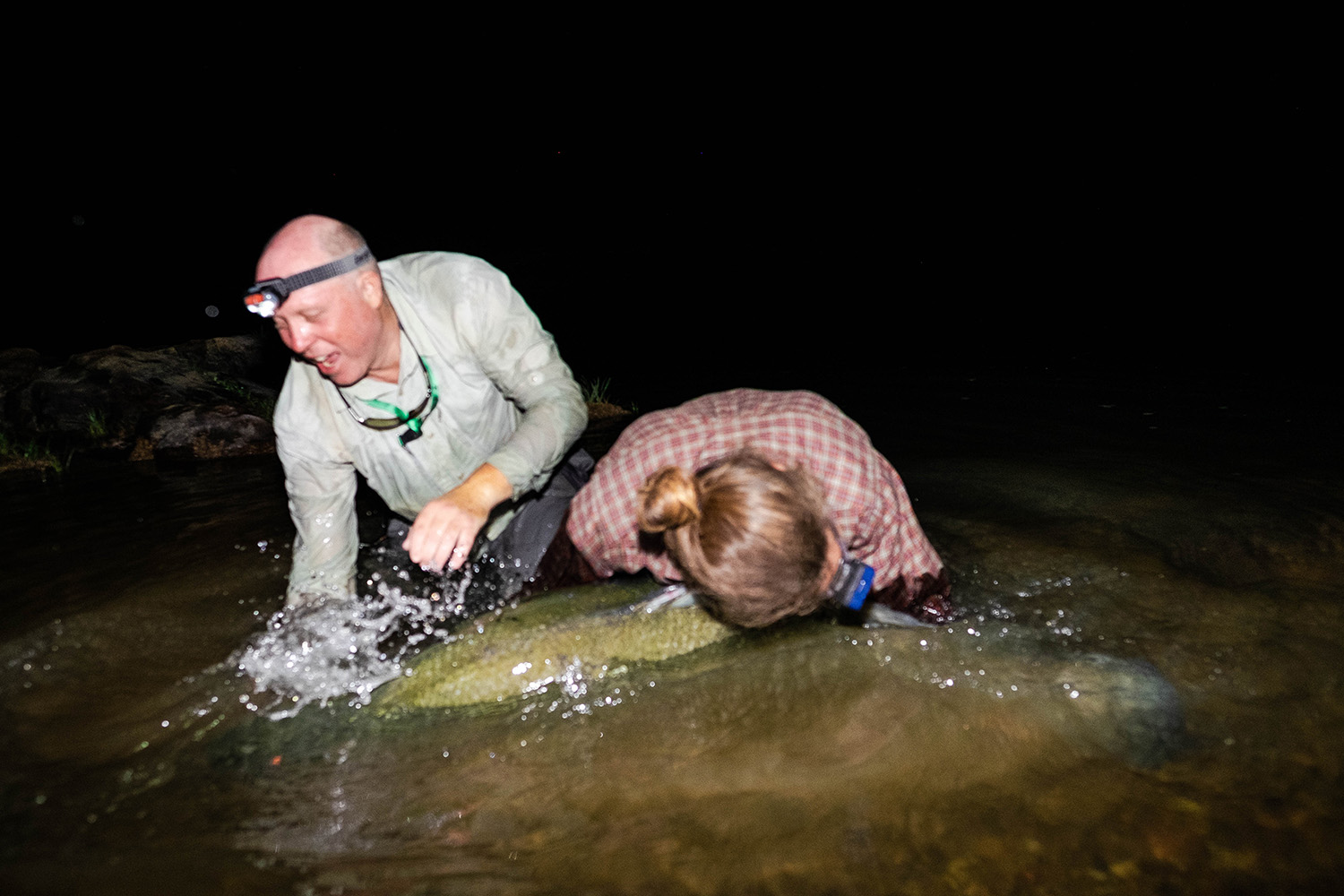 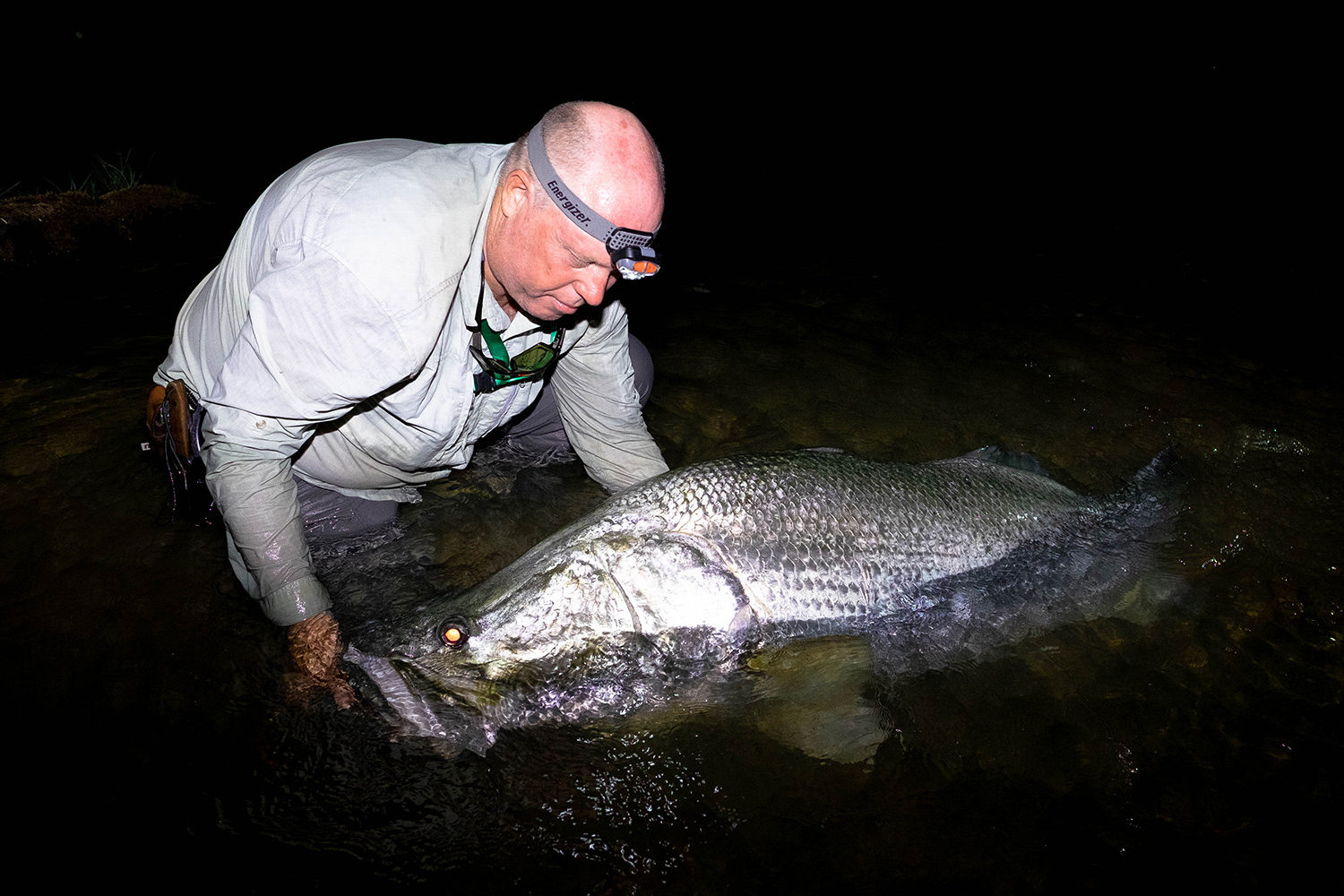 Ed caught in a moment of beautiful reflection. 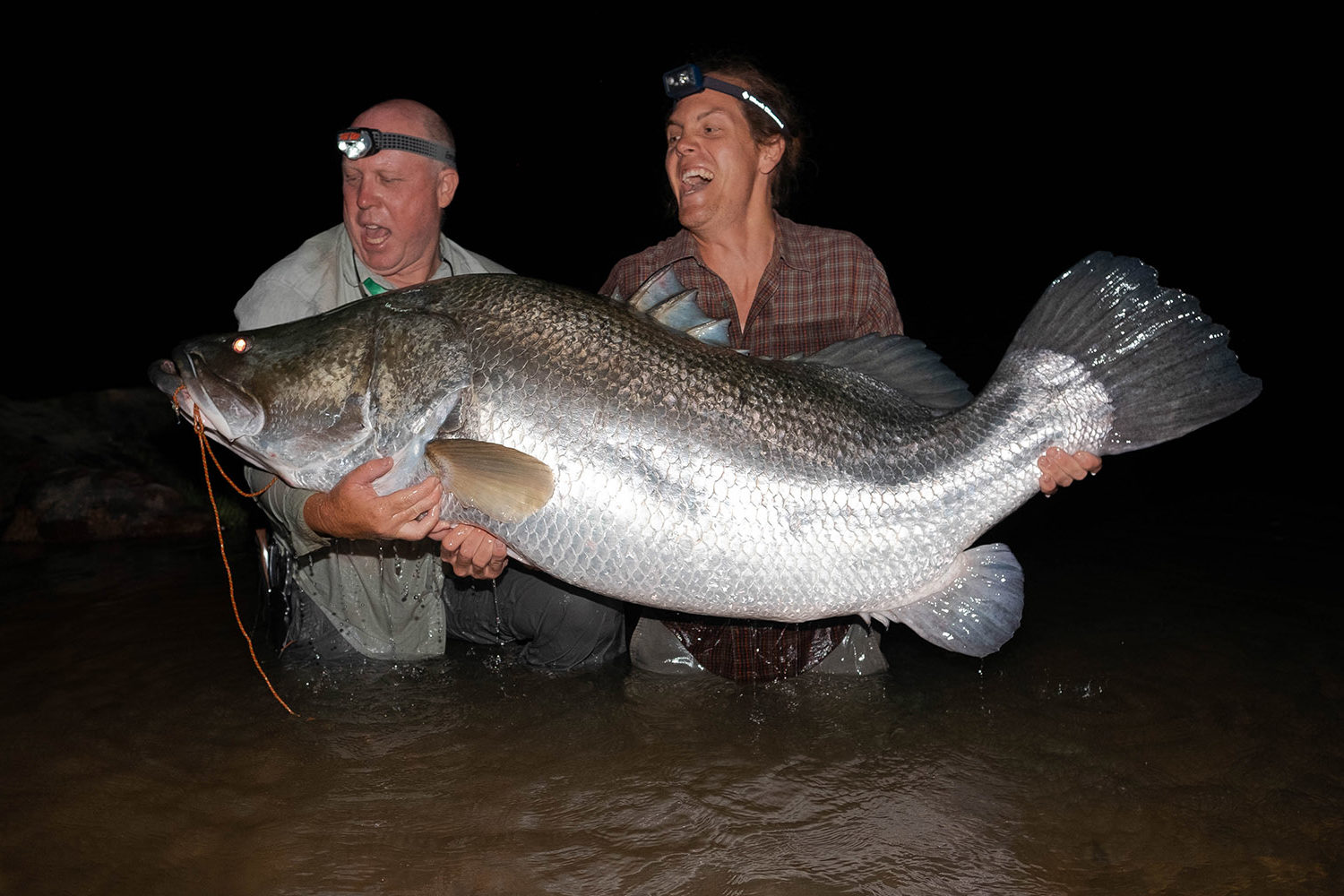