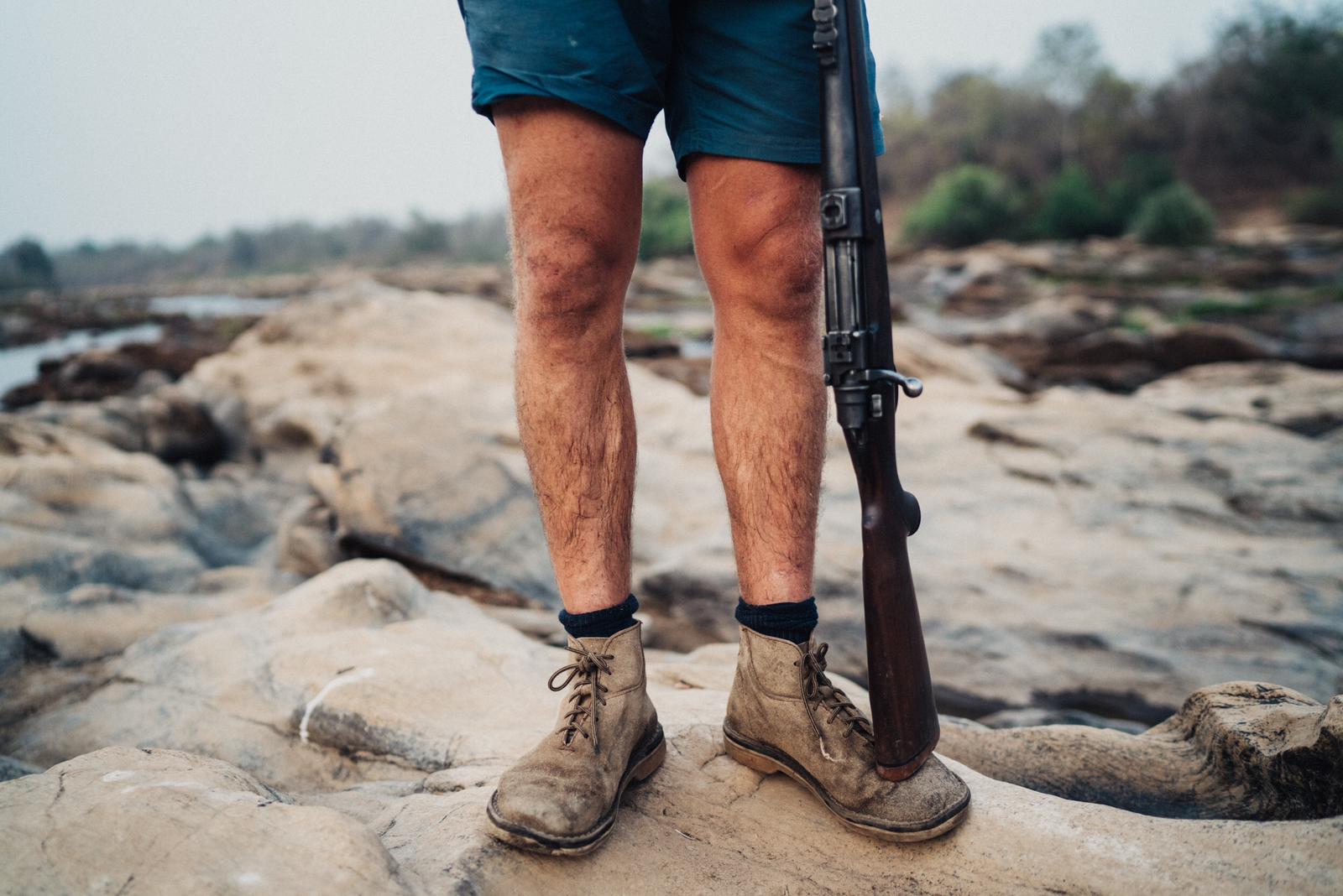 Considered just as a singular entity the Faro River is an incredible resource of integrity and complexity. A marvellous, pretty and extremely productive river that demands attention and protection. Taken in the context of its role in the ecology of a massive wilderness tract, it goes far beyond the realm of being quantified. It is the keystone, foundation and life blood of an outpost of intact habitat representing the last of it’s kind on the continent. As the effects of the 5 month dry season exert themselves, the influence of the perennial Faro rises more prominently to the fore. Although it’s importance is independent of its widely varying water levels, this is the time of the year when it comes into the spotlight, and is more physically the centre of attention.

Governing the movement, availability and distribution of animals and minerals, the river naturally exerts its influence over a segment of opportunistic people that are attuned to its effects. Recreational Fly fishers and hunters are amongst these, but there are also subsistence and commercial hunters, fishermen and artisanal miners, all who take their toll. The differences are in the scale and sustainability of the tolls measured against the price they come at. The recreational enterprises are massively skewed towards minimal off-take (negligible with fly-fishing) at huge ‘prices’ of positive impact on the resources being exploited. The subsistence and commercial enterprises are at the opposite end of the spectrum, with the dynamic leaning heavily towards the maximum off-take against minimal price. And the reality of the subsistence sector is that on the scale it is happening, it is having a commercial scale impact. With the conservation of a place like this having moved far beyond the option of preservation, and human intervention of some sort non negotiable, this is the major difference. Which is it going to be that prevails?

Being involved in this dynamic through our involvement in setting up the Fly Fishing avenue has afforded us our share of the massive privilege and responsibility of the other major difference between the two-an element of control. Not only are we able to control the level of impact we directly have on the river and system, but we are able to influence the effects of the other more damaging enterprises. This will be by far our biggest impact. 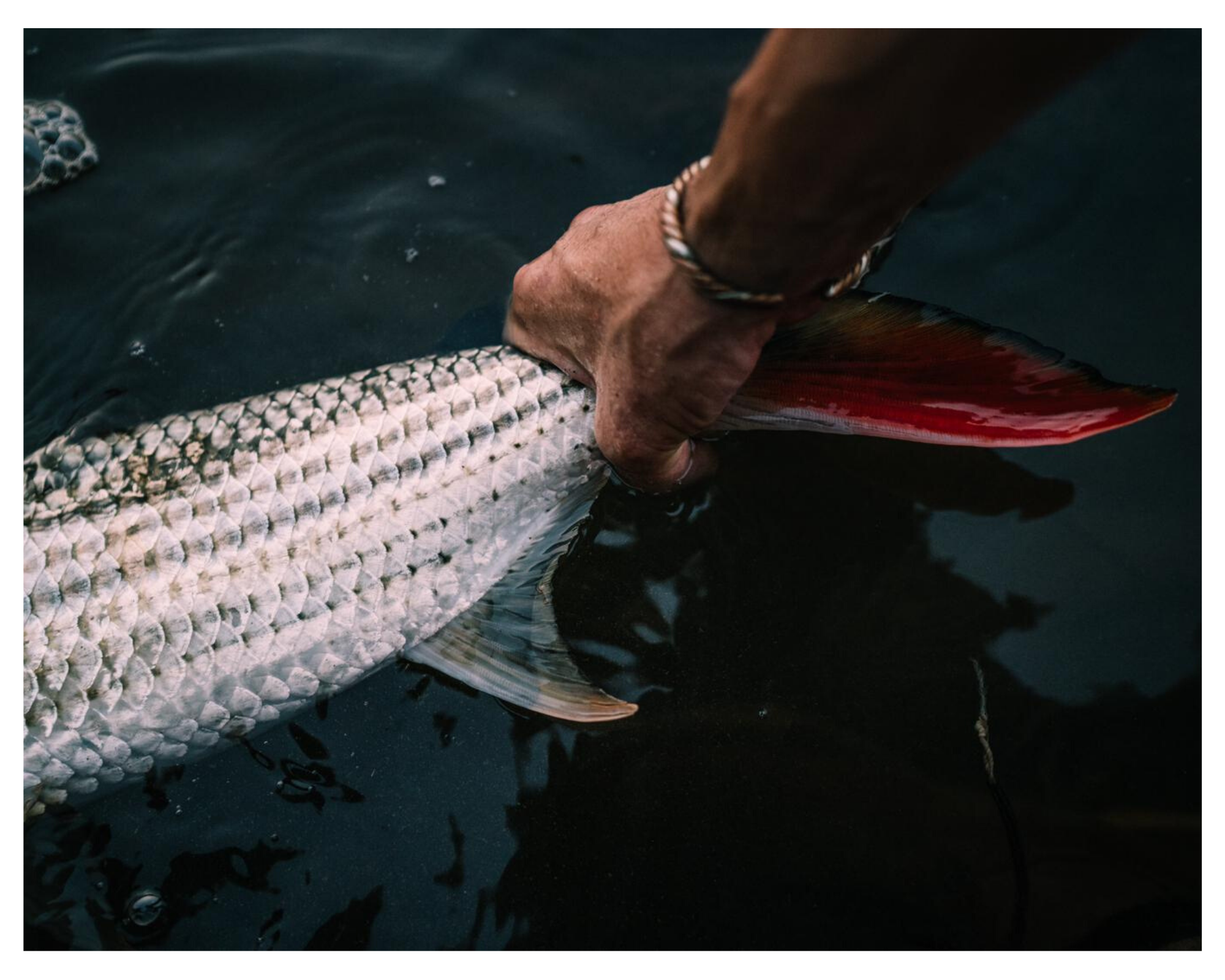 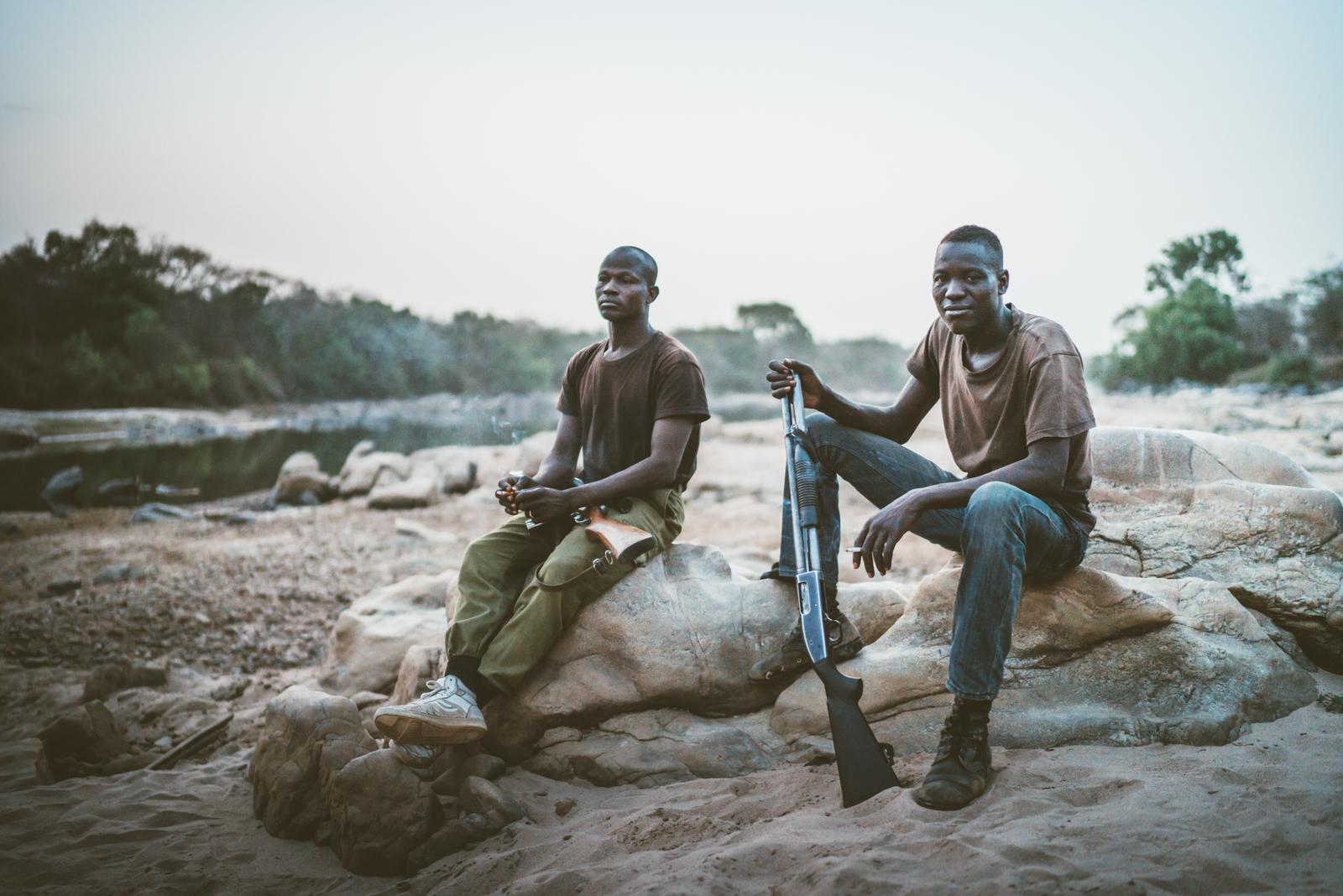 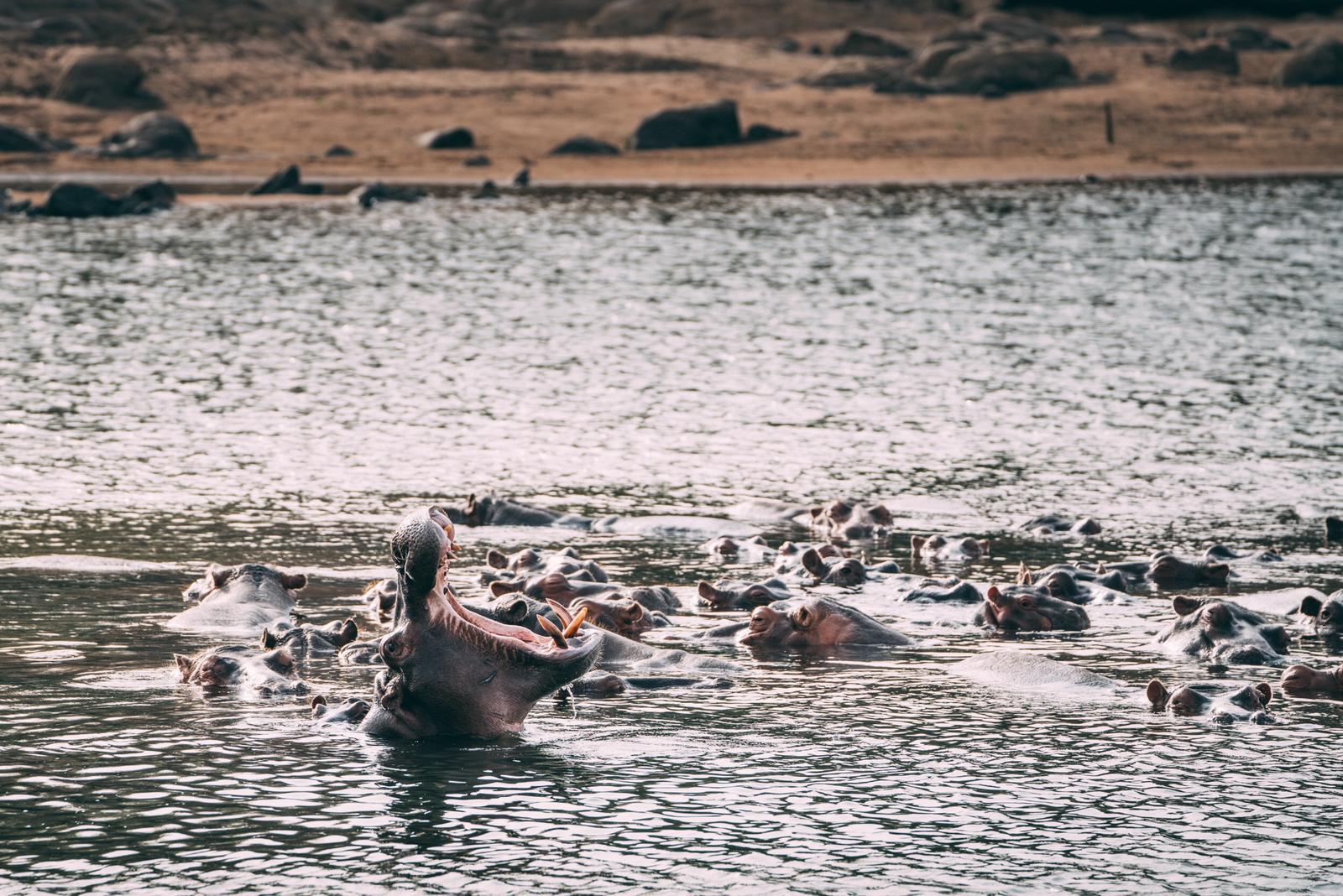 There is zero evidence at all that these illegal activities break the cycle of poverty of those practicing them. The evidence of the effects of these activities is on a continental scale. They are also not the only option, or the best option for these people. All they are, are some of a variety of means of sustaining their current situation. The reality is that these are often just the quickest and easiest ways of getting just enough sustenance through money or meat to prop up a very basic lifestyle, but not change it. The appeal of them is that they require no ownership and very little inputs compared to one alternative like agriculture, and they retain a freedom from the constraints of formal employment. Make no mistake, they come with their share of hardship and obvious risks-but we are talking about lifestyles that operate on incredibly small margins, and are maintained that way by some means or another. The positive spin off of this is that it really does not take a huge amount to tip the balance out of their favour and make it much less worth the while. This is a huge result, because one reality is that even if left completely to their own devices, the proponents of these enterprises would collectively completely destroy their resources, and be in the same position of poverty when there is nothing left. Nobody wins.

Poverty is one issue, and conservation is another. We are operating on the interface where they overlap but from a conservation angle because that is what we know and do. Any gains on the poverty front would obviously benefit our cause and be hugely welcomed, but that is further away from our core strengths and sphere of influence. Our responsibility is to make sure we are not impeding any progress on the poverty issue while promoting our cause. We might not necessarily be providing the ultimate solution, but we are actively trying to prevent a tragedy in the meantime.

That we do have an impact on reducing the illegal destructive presences on the Faro in the areas that we fish has the single biggest success of the operation. What is satisfying and reassuring is the passive way that this effect is being metered out. Simply our combined and consistent presence of guests, guides and small Anti Poaching team has been a huge physical deterrent to people who recognize that they are on the wrong side of any authority in these protected areas (the Faro National Park is on the other side of the river). More than a handful of guests have borne witness to the very low level of engagement that is taken with any intruders- maybe a few warning shots to send a message, and then the confiscation of anything left behind, so that some cost and huge inconvenience is incurred on their behalf. We have also been able to pick up on and report the presence of poachers in the Park, especially in the case of hearing rifle shots, or seeing people. To be able to provide details on numbers, exact locations and timings has been invaluable to the authorities who go and investigate. The moon has been a fishing focus factor for a while, but we have also been able to pin a spike in illegal activity over the full moon too, and can now prepare and react proportionately. Considering that we cover an area of around 35km of river between the fishing areas in a single week’s fishing, and this doubles when including the other area, this dramatically limits the freedom that illegal intruders would have enjoyed before. The beauty of it is that this is all done while working, exploring and sharing this fishing paradise, doing what we love in a place we can’t resist.

We’ve already seen an improvement between one season and the next, and now even between one full moon and the next within this season, which has been amazing. It means that perhaps we have understood the nature of the problem, and we are on the right track towards one of the main goals for this river, the protection of it’s integrity. It also proves how powerful Fly Fishing can be as a conservation tool, and reinforces a belief in a unique model that can hopefully continue to make a difference in special corners of Africa that badly need them. Cast Connect Conserve! 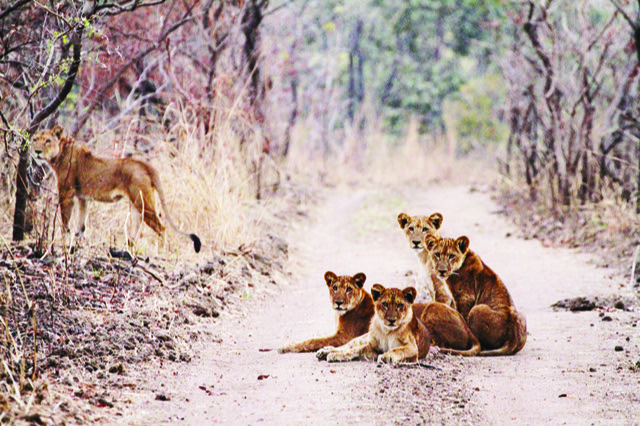 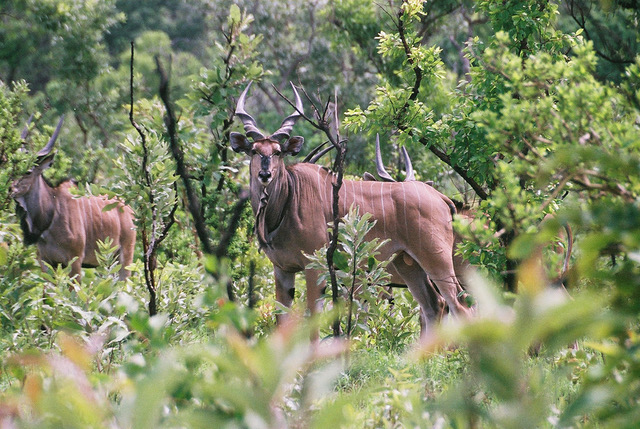 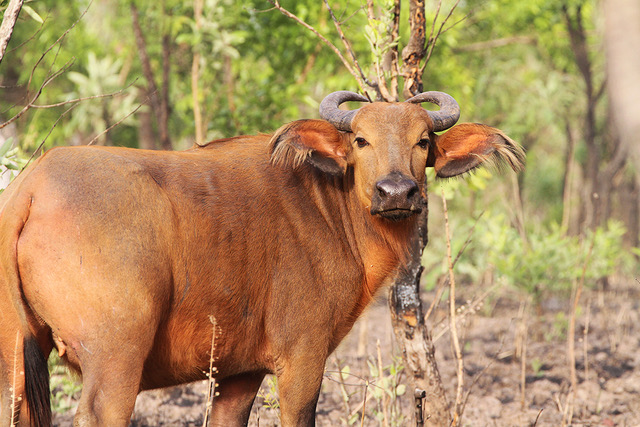