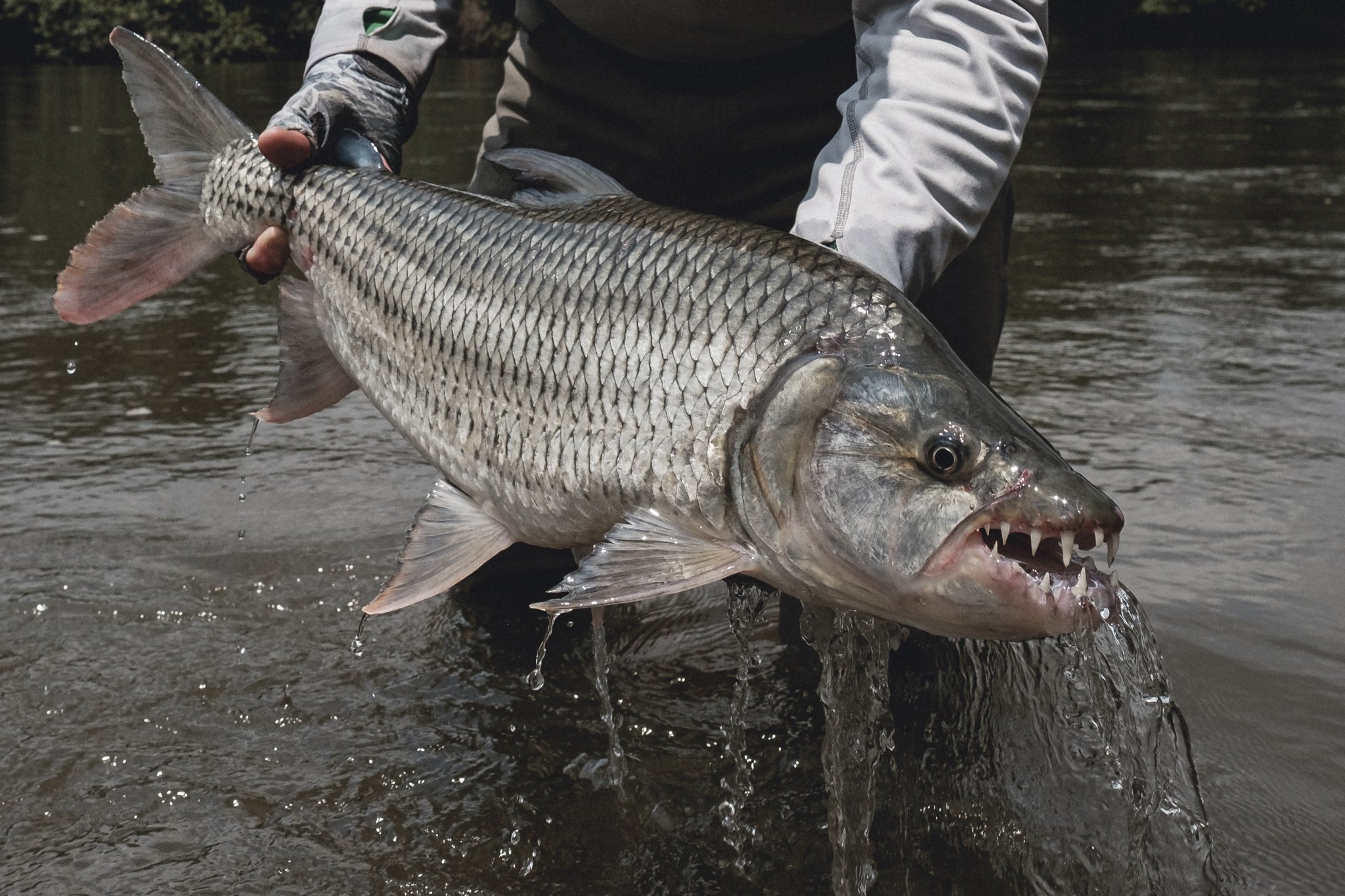 Week 3 started off firing on all cylinders, both Randy and the tigers couldn’t get enough. The middle beat on the Ruhudji was producing some immaculate fishing conditions with plenty tigers hunting down prey in the clearer water. Casting big, meaty flies tight against timber and ripping them back out only to be thrashed by aggressive fish is truly breath-taking. Big mends and weighted flies getting down deep on the tight clay bends before getting swung out onto the sand were demolished by some of the bigger fish, peeling line off Randy’s reel and into the backing with ease. But the next few days were going to be special, ‘once in a lifetime’ so to speak.

Being only one guest in camp we had a lot of freedom and it was quickly decided that a mission way up to the top of the Ruhudji was in order. We were about to head up into water that has not seen a fly in over 4 years. With hurried excitement the boats were packed with basic kitchen and camping equipment and we set off deep into the foothills of the catchment to the rapids. Over 60 kilometres of water passing amazing birdlife, fishing villages with their wooden dugout canoes our outboard motors sounded our arrival into rural Tanzania and everyone was interested in our antics.

The colder fast flowing water coming off the nearby mountains created some tricky fishing conditions. The rapids were a bust, maybe we were too early in the season and the colder water had not allowed the fish to push all the way up into the rapids yet? So we got back on the boat and shared the water with the local fishing villages. Slightly slower moving water than the rapids with a mixture of gravel, pebbles, clay and sand, surely we were in for some good fish. We hunted, we experimented, we swung, we stripped and we were humbled. ‘Tomorrow is another day’ we kept telling ourselves as we made our way back up to the rapids and our humble fly-camp and a night sleeping in hammocks next to the river and a dinner cooked over wood fires.

After packing up camp and a good breakfast we made our way back downstream finding warmer water and familiar structure, the fish were there but getting them to stick and stay on the pointy end of the hook was tricky, some were not committing completely to the offerings we put in front of them while others were simply too wily and would manage to shake off the flies before the battle was over. Unfortunately we needed to make the long haul back downstream to Samaki Camp before the sun set, not with our tails between our legs but humbled by the experience and tomorrow was still another day.

Our time on the Rahudji was slowly drawing to and end and Randy managed some good fish, the toothy tigers were back on the hunt and the weather was cooking but we knew that the final few days on the Mynera would produce some great opportunities at some huge fish, and that it did. As is the nature of these fish, hooking them does not mean landing them, bony mouths and spectacular aerial displays are part of the game, some you win, some the Tigers of Tanzania do.

Tigers can humble any angler, even the very best ones. That’s what drives us and keeps us coming back for more. 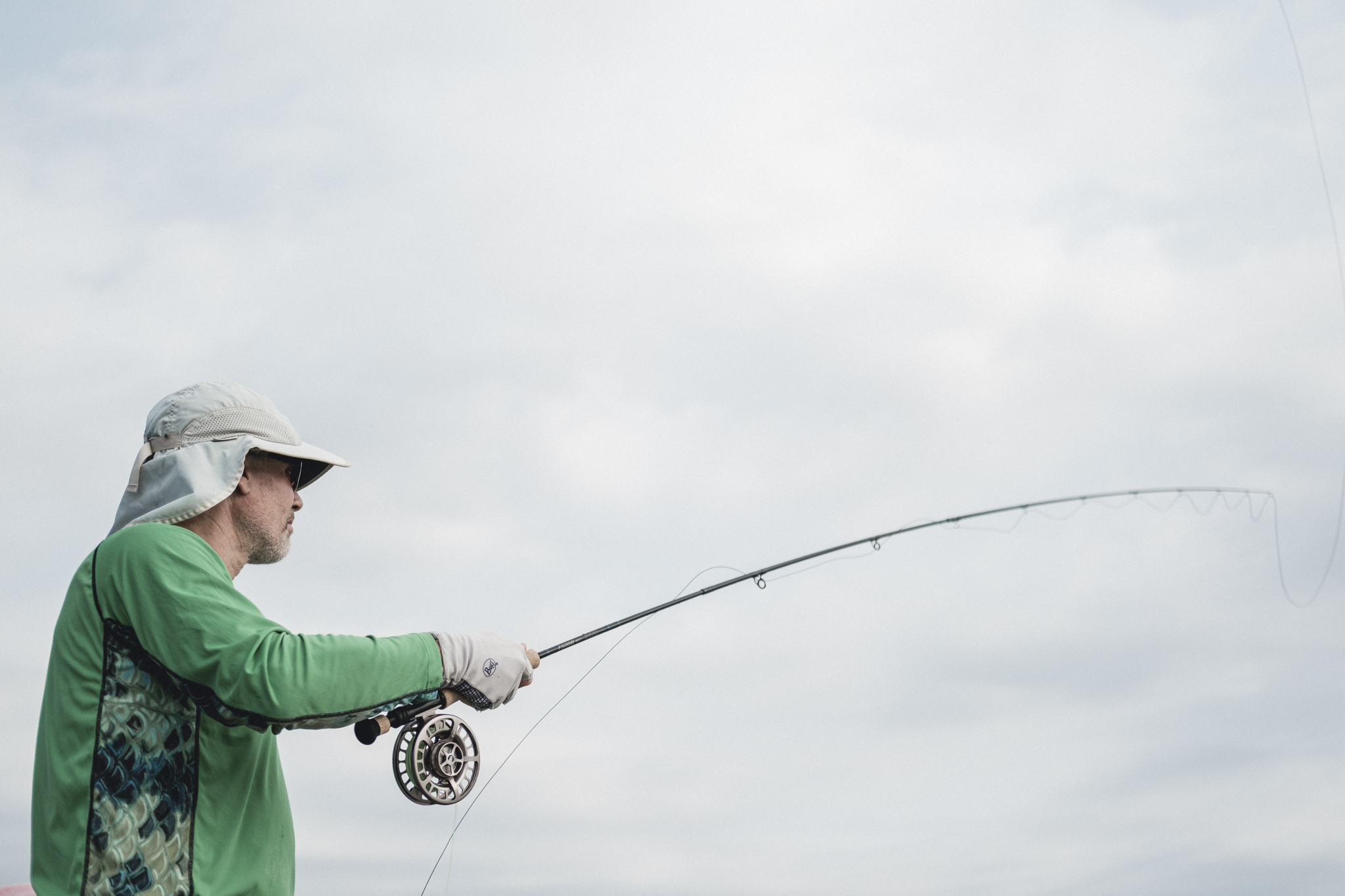 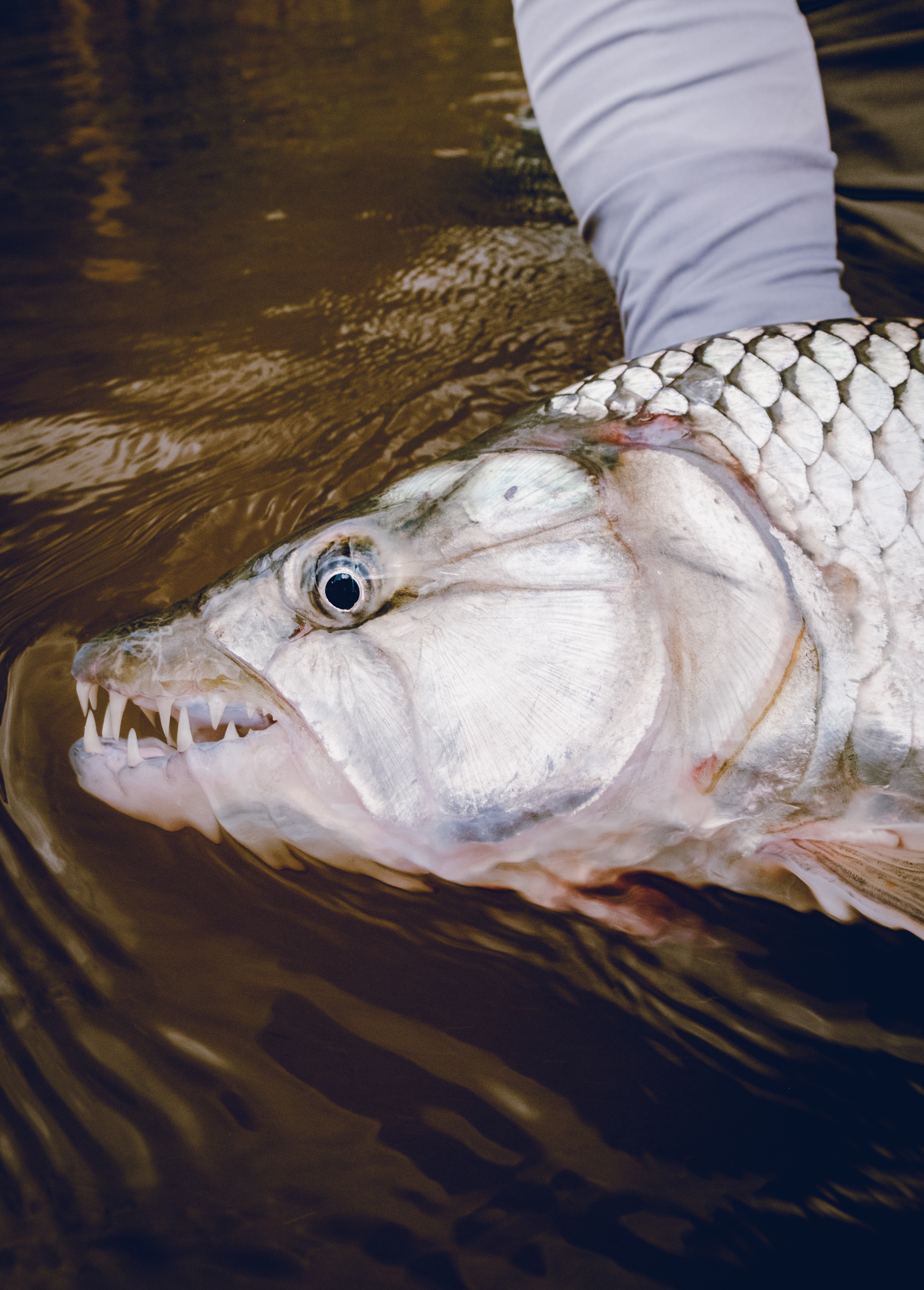 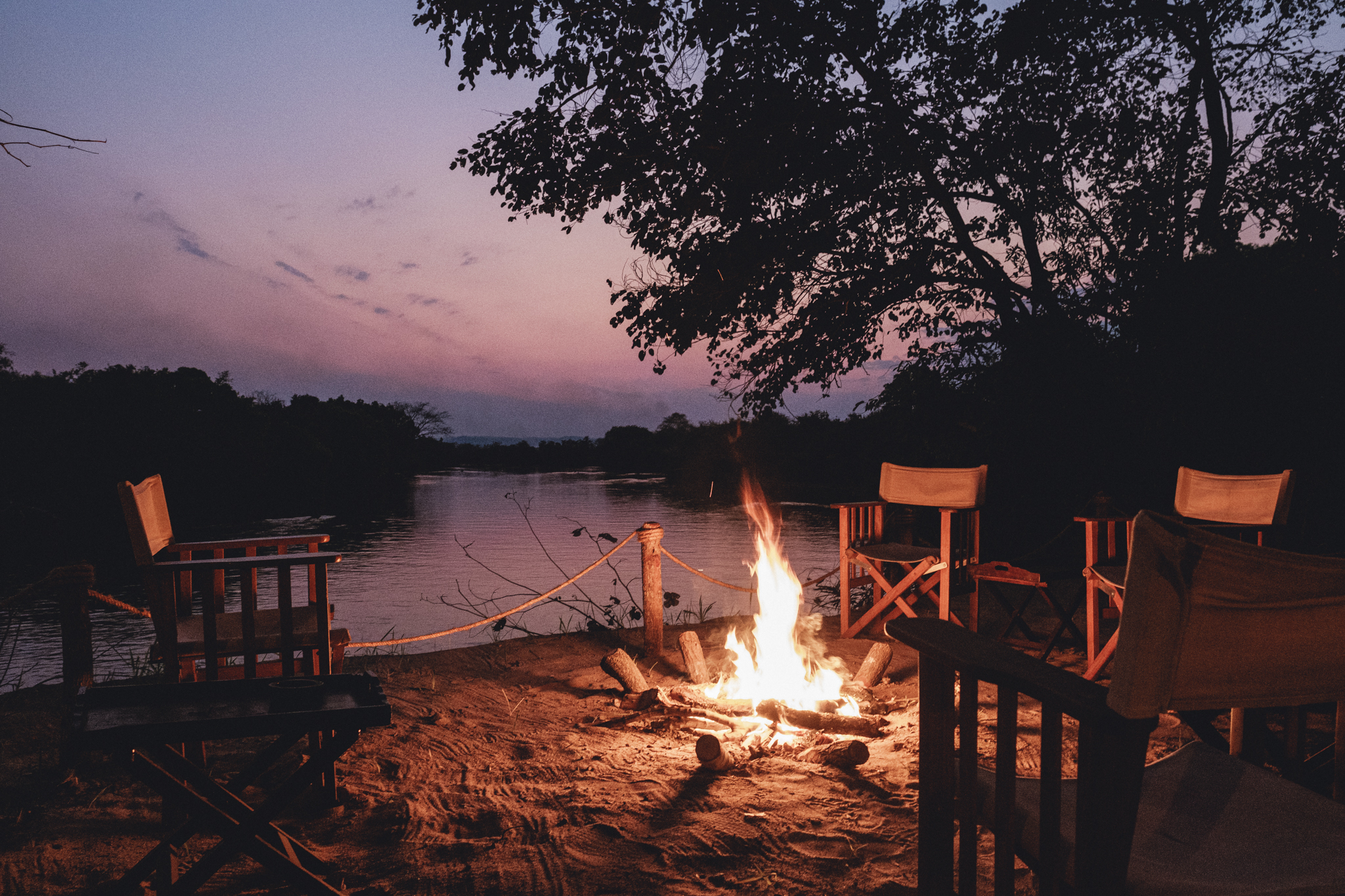 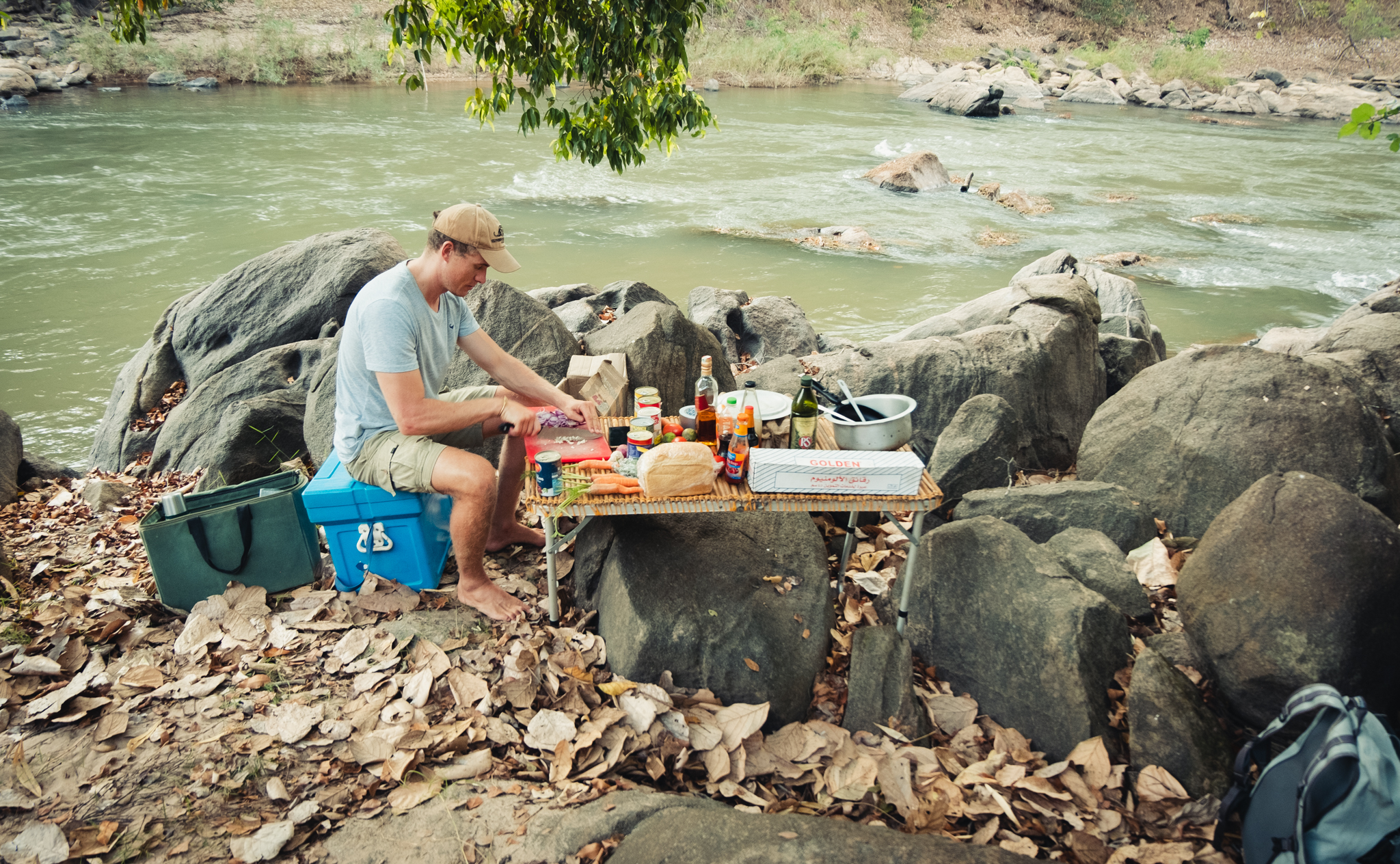 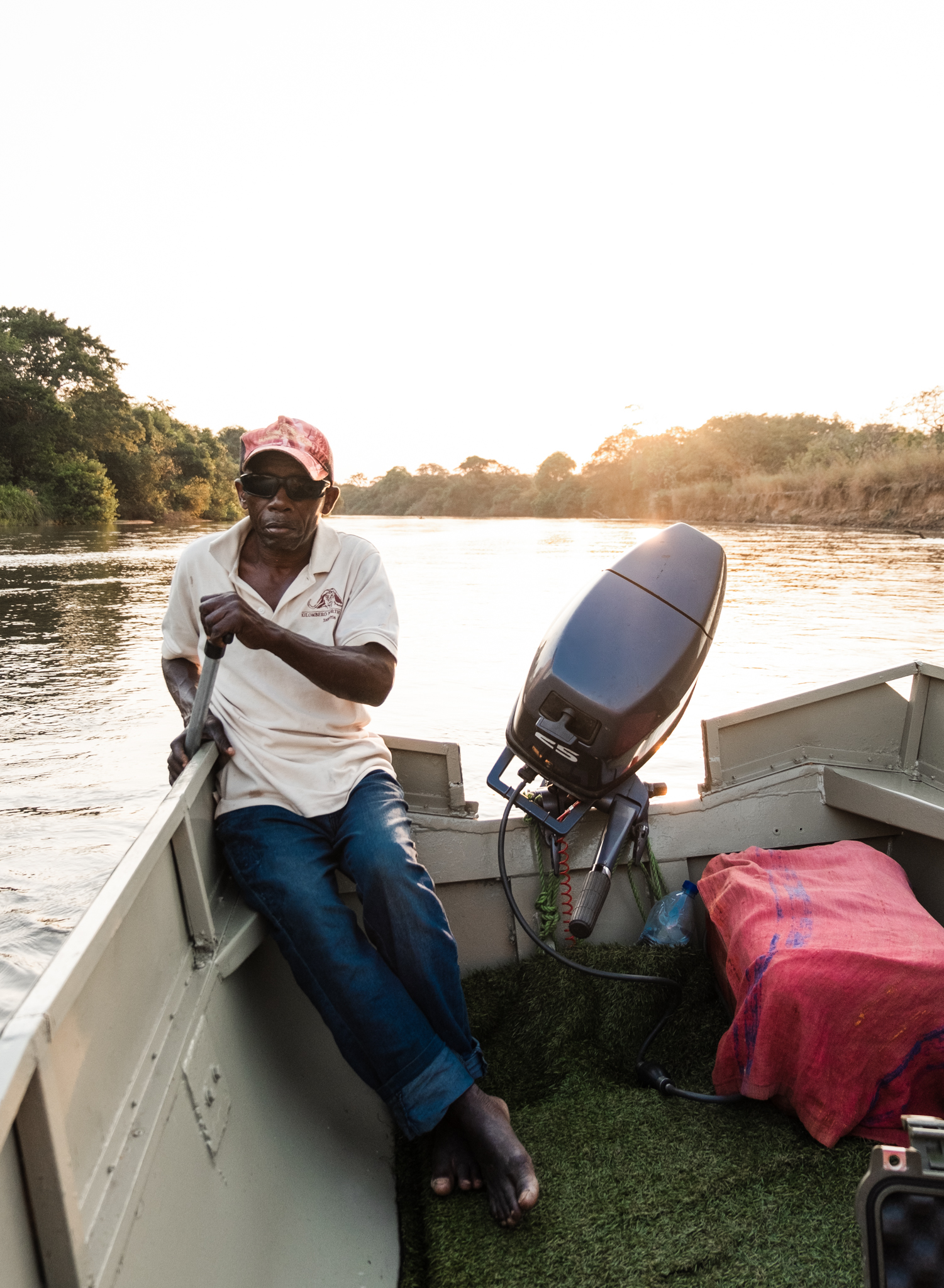 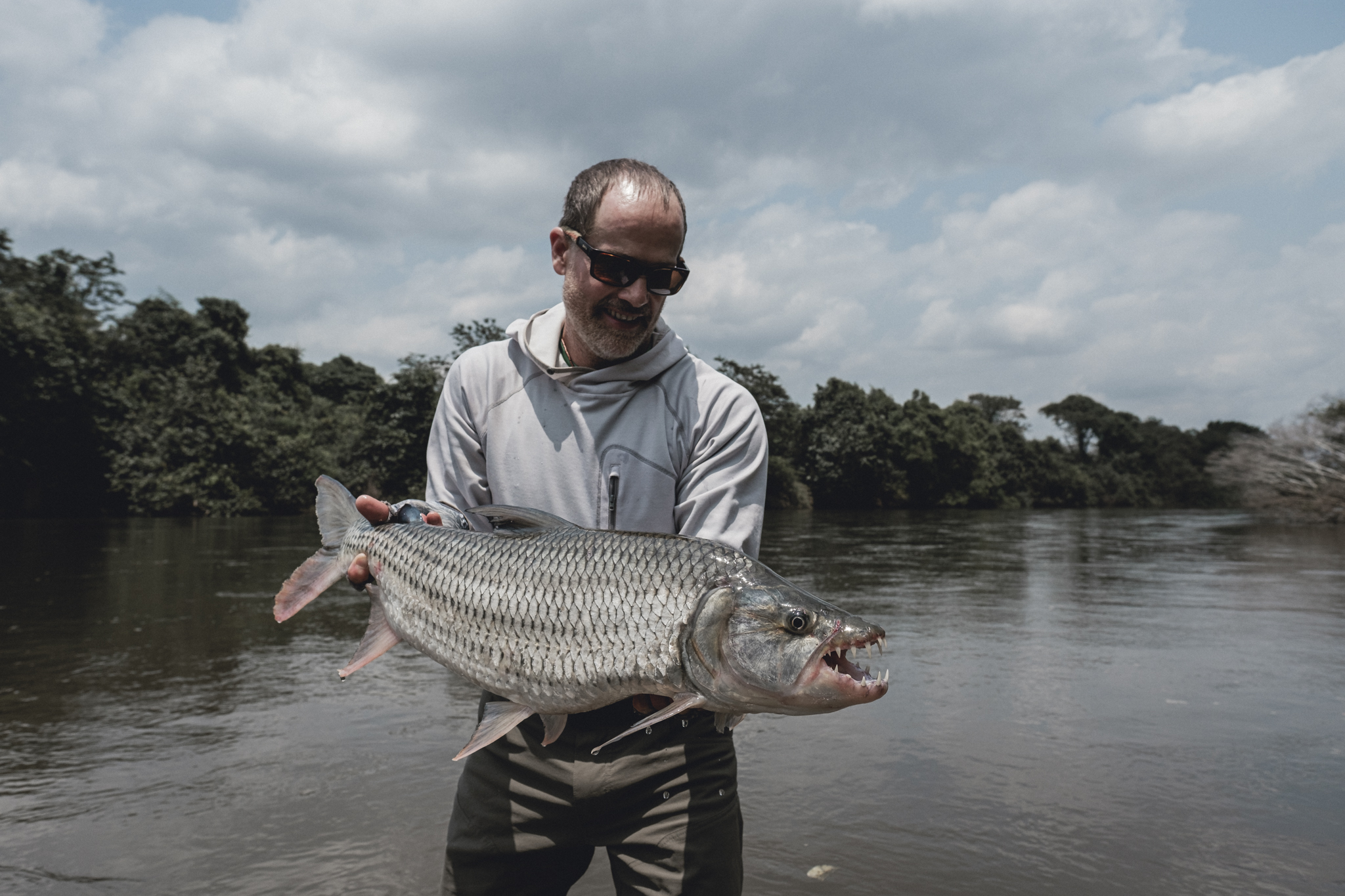 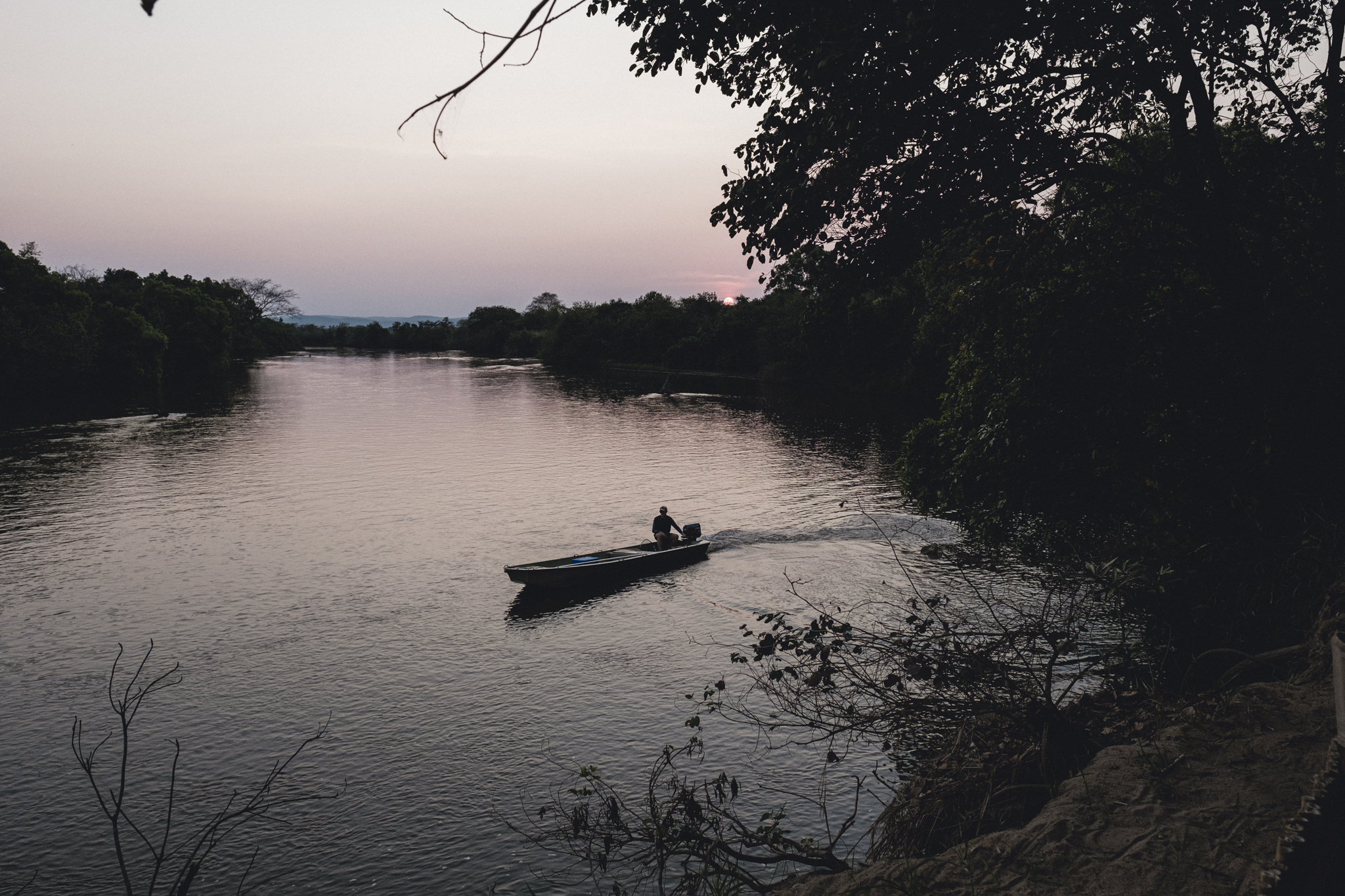 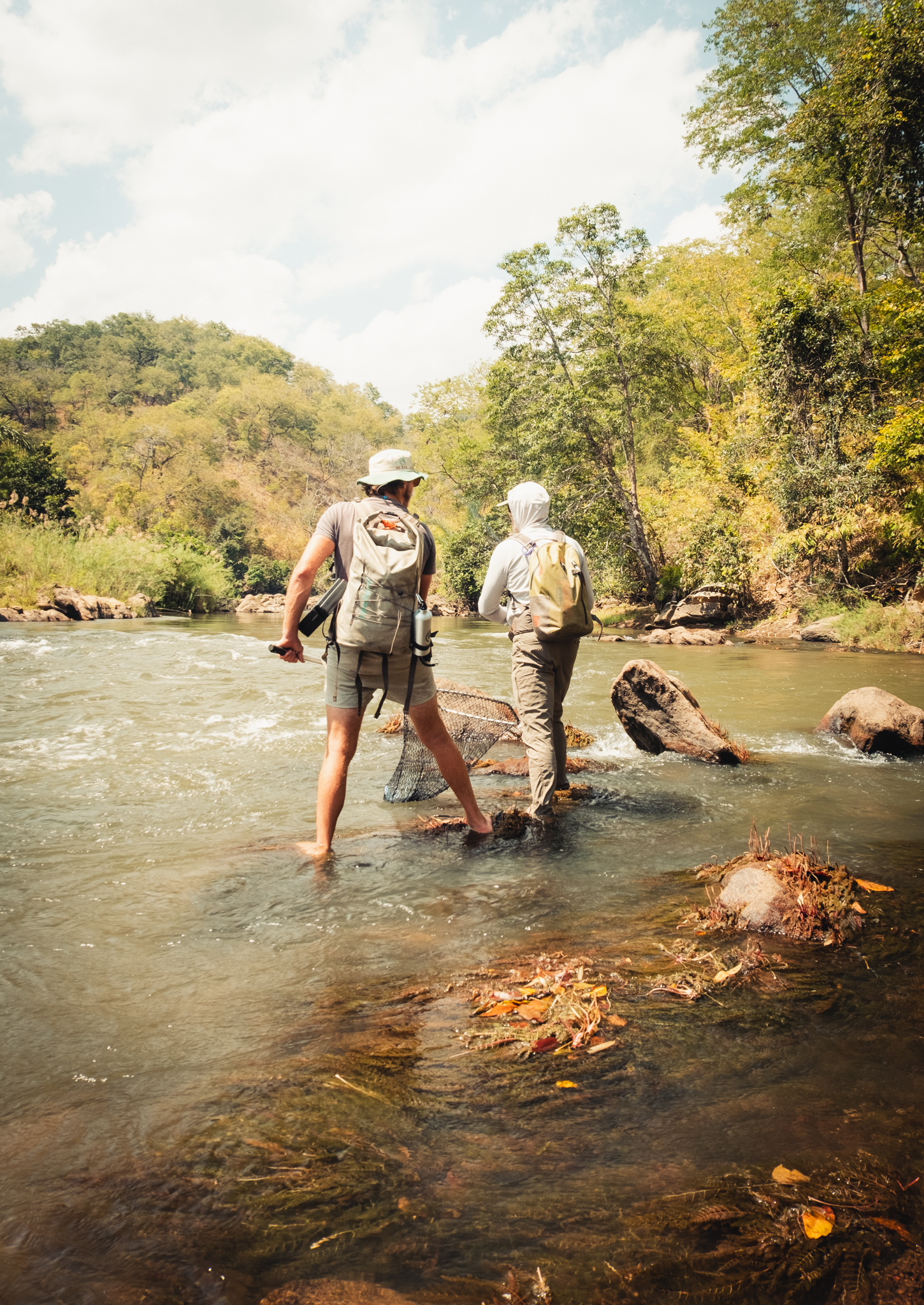 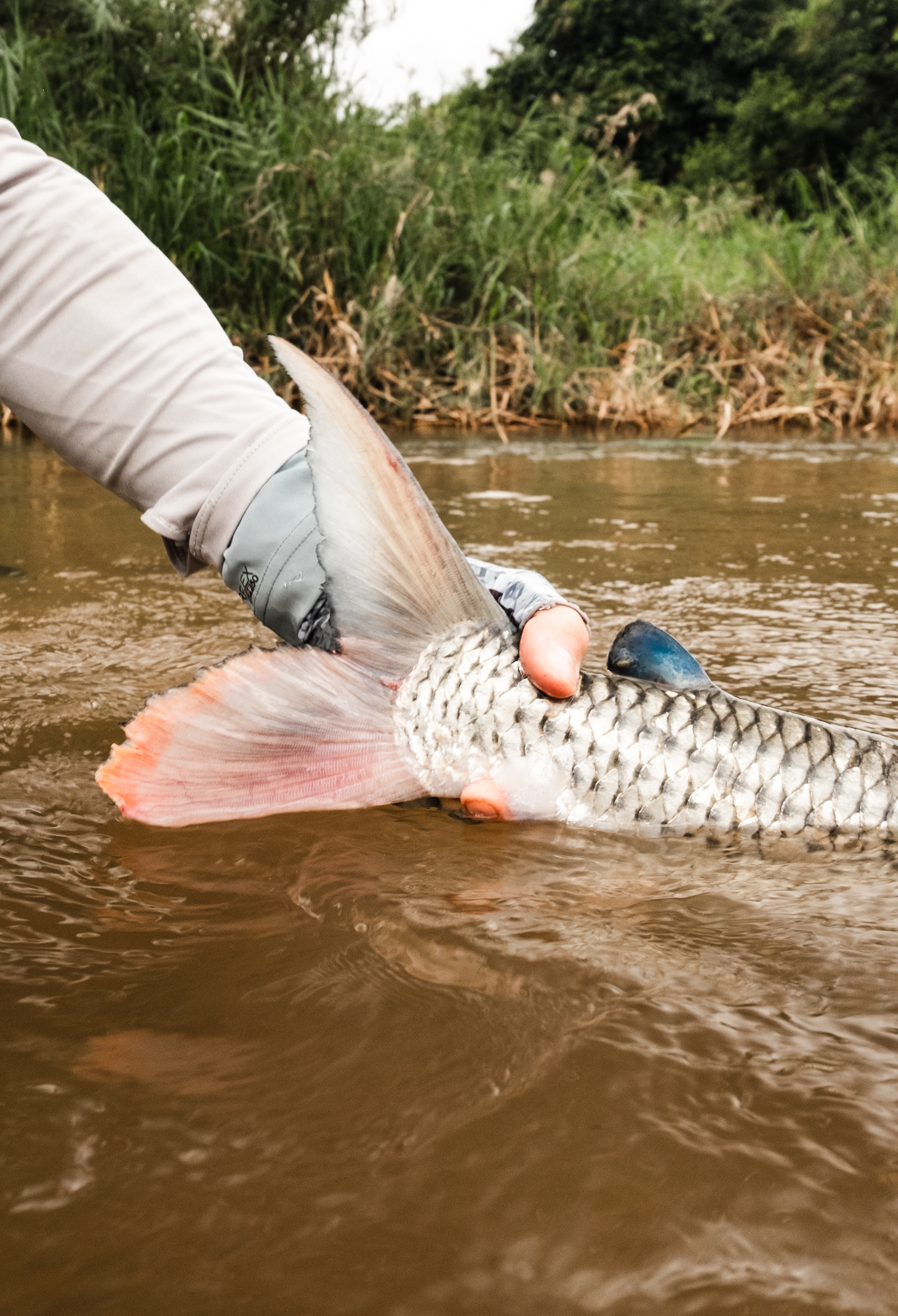