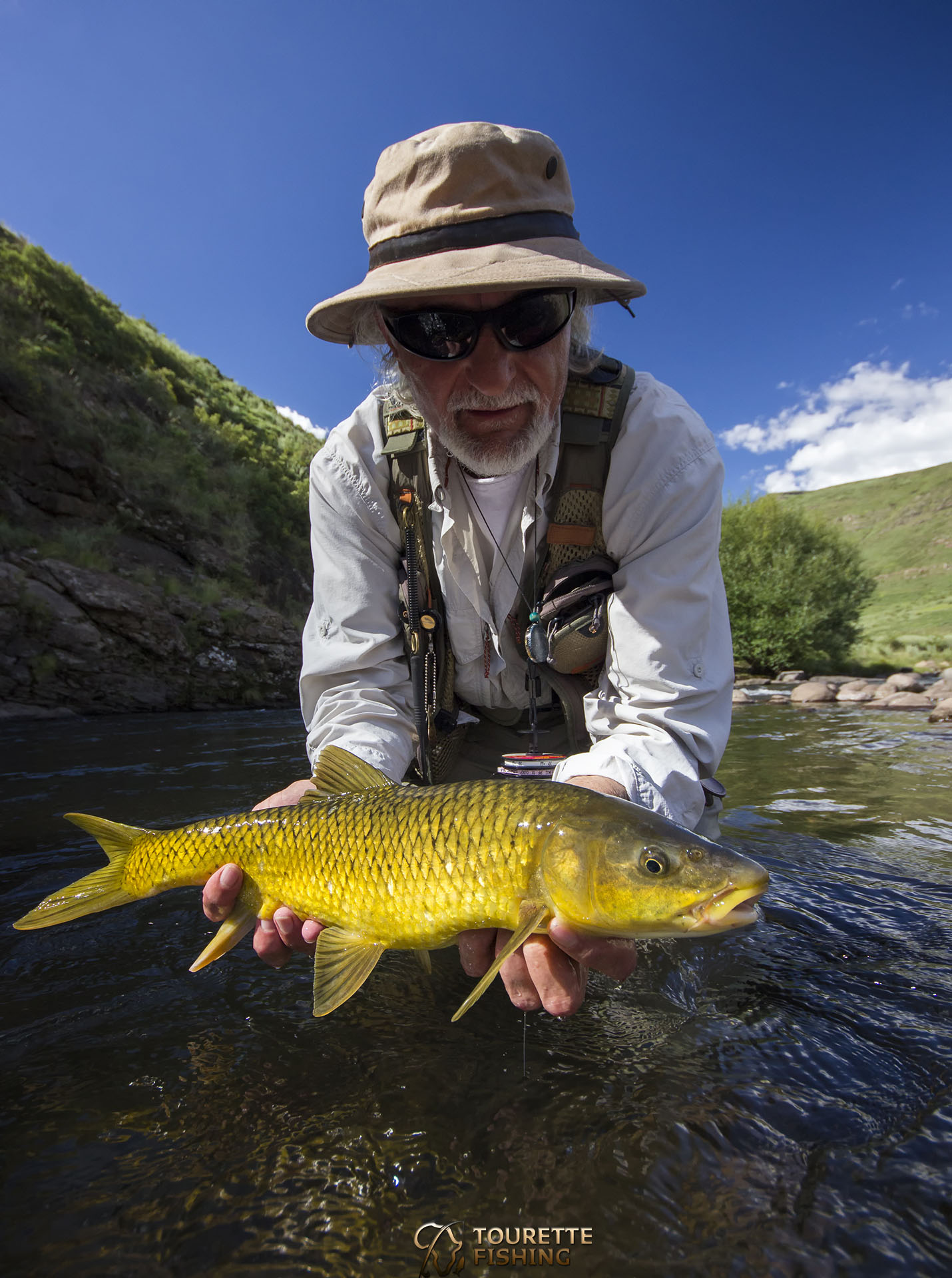 Zoran with the weeks biggest, 52cm

Finally after two weeks we can finally say it seems the river is back to its old self again! The water has slowed down and the level is nice and low with the temperatures back in the late teens. This really bode well for our next group of guys who came into camp on Thursday and were very amped to say the least! We were joined by a Serbian Father son duo, Zoran and Darko and with them came two local KZN guys, Zaakir and Kavir, who’m both are in the medical profession and in love with catching yellow fish!

It started off slowly the first afternoon as a little hale storm the previous day made the water a little cool but still manageable! We decided to fish the home pool right below camp as we sighted some nice fish cruising the pool on the drive into camp. Zoran managed to hook into two high 50cm fish straight away on dry but failed to land them as both times the hook pulled. Meanwhile the other guys managed a couple mid 30cm yellows also on dry.

The first full day started off slowly as the water temperature was touching 17 degrees at eighth o’clock and made the fish a little more sluggish. A couple was landed on hare&copper nymphs fished right down with the odd fish coming up and looking at the dries we had to offer. After lunch is when things started to heat up again as the water tempe shot up to just above 20 degrees. Zoran made a meal of it and landed two late forty centimeter fish and one of 52cm which turned out to be the biggest fish of the trip. Zaakir, Kavir and Darko also got into the action with everyone managing mid to high forty centimeter fish. The day didn’t end with no drama though, after Zoran preached to everyone on how important it is to fly fish with sunglasses he managed to hook himself in his eye! Luckily Kavir who is in the medical profession was close at hand and assisted but let that be a lesson to everyone! 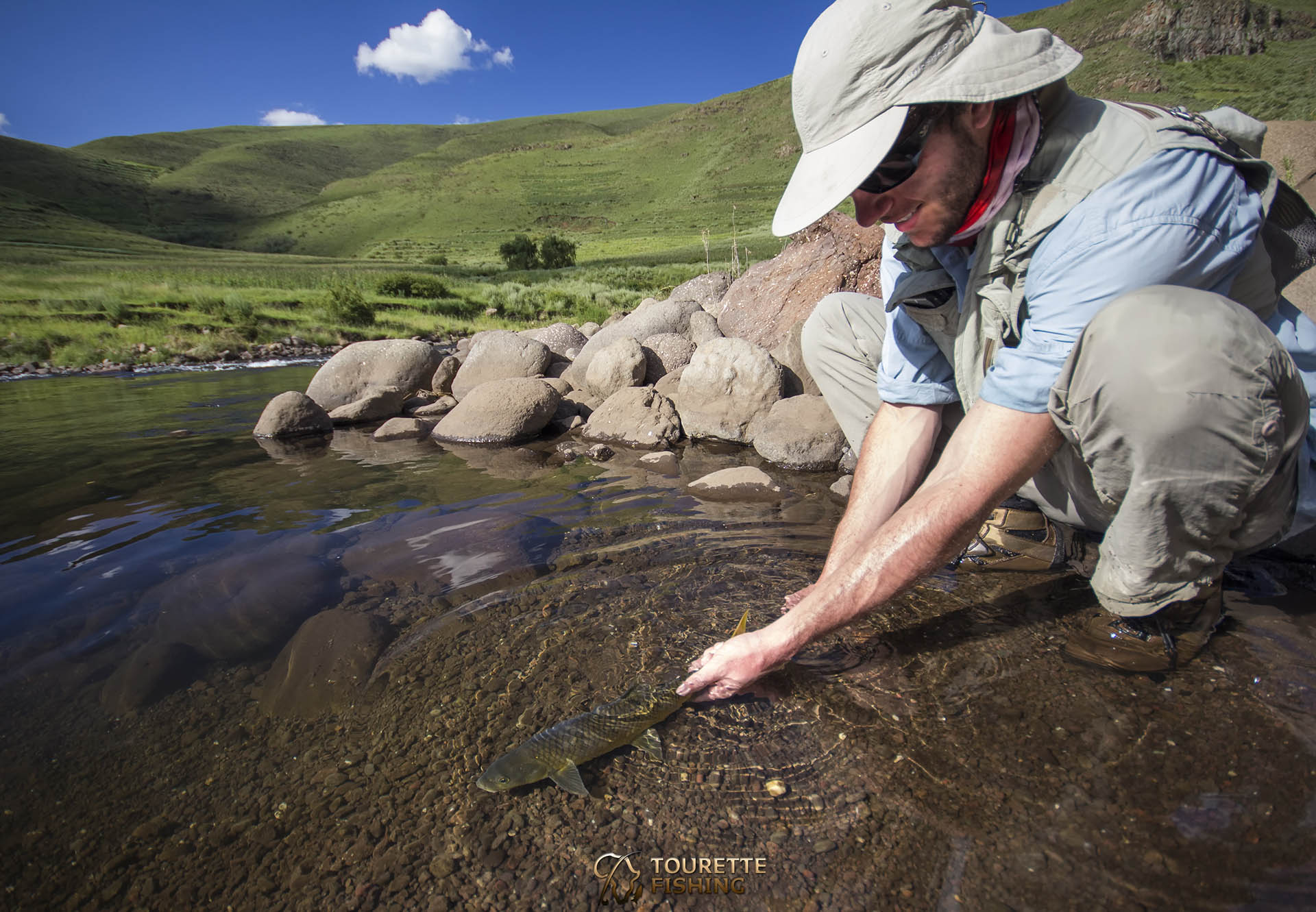 Day two was started off in similar fashion as the previous day. Slower morning session but then again after lunch is where it all went down. The guys were catching yellow fish on dry like there was no tomorrow. Zoran managed 10 fish in the afternoon all by himself while the other guys had similar success. Stimulators, Adams flies, Klinkhammers and DDD’s were the flies in heavy demand but the nymphs did not go untouched either! Swinging gurdle bugs behind Hare&Copper nymphs delivered some spectacular eats taking the guys into their backing in a matter of seconds! Heart racing stuff to say the least.

All in all a great day! 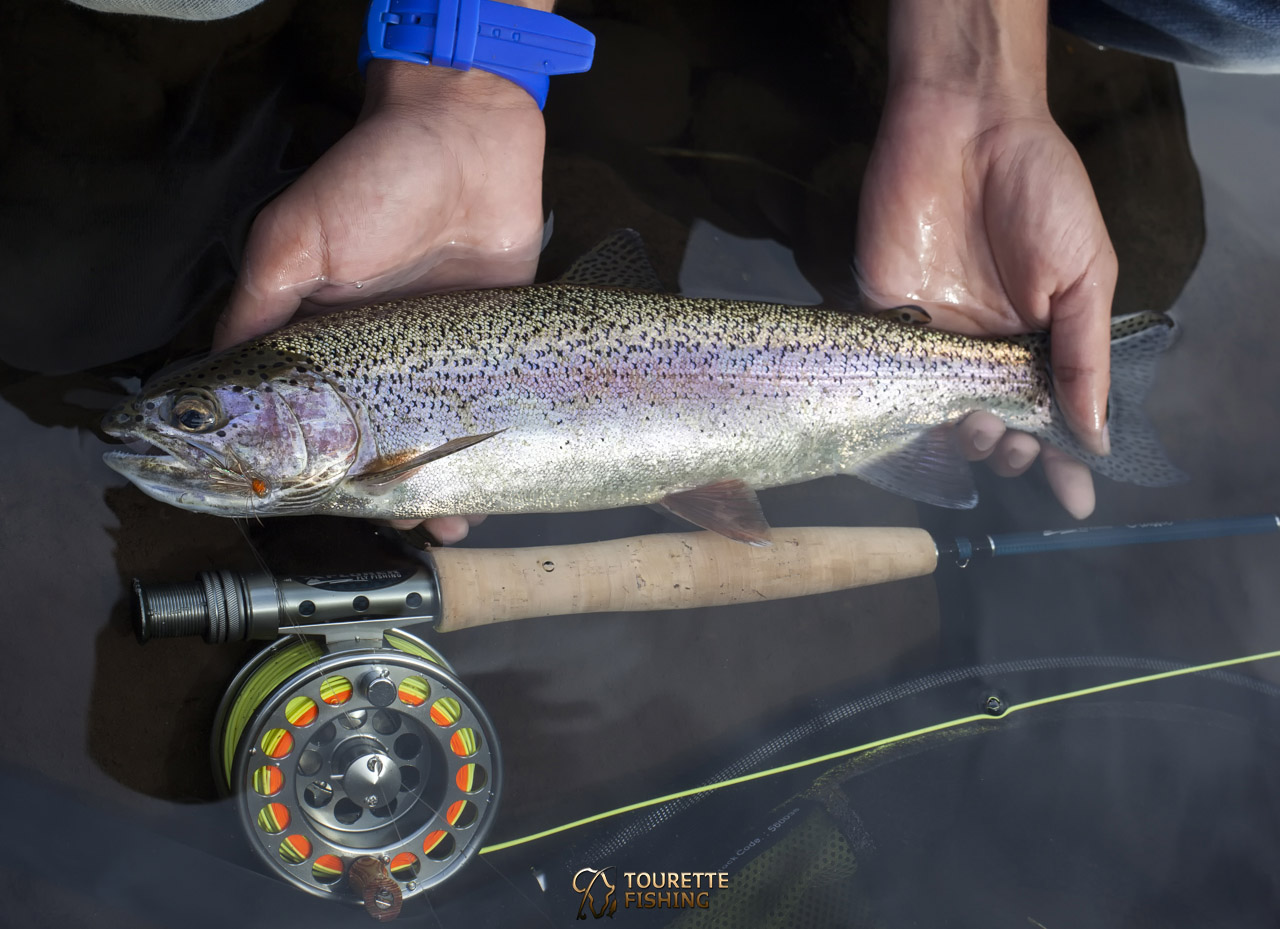 The last morning though, Zaakir got hands down the fish of the week. Bright and early he took a stroll down to a small pool below home pool and got a beautiful 30cm Rainbow trout on a stimulator. The colors on this fish just mind blowing and what a way to end the trip on.

Be sure to check in soon for the next day update from camp and by look of things, its only going to get better and better!