With the waters in the Kilombero valley still dropping, although very slowly in the case of the Mnyera, the fishing was due to improve as we waited in anticipation for our new guests to arrive on the strip.

Henry, Jeremy, Craig, Dave, Richard, Mark, Kiki and Pedro arrived at the beginning of this week with varying degrees of experience gained while fishing various destinations around the world. They were all eager to test their skills against the Tanzanian tigerfish, and were soon matched up against some of the finest specimens Africa has to offer. 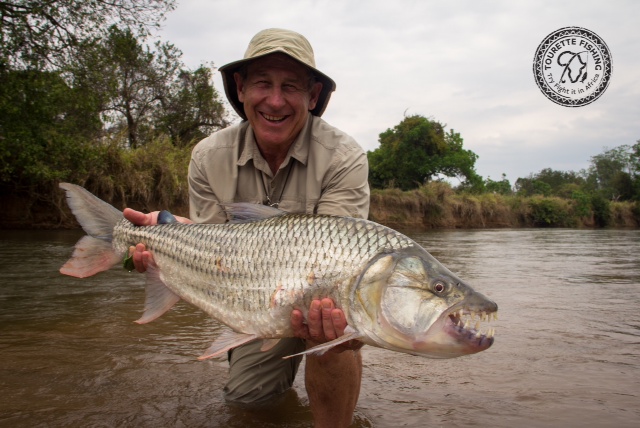 Jeremy with a short and fat 20lb beauty

Jeremy, Henry, Craig and Richard got right into the groove early with their first three days on the Ruhudji being “jam packed” with some excellent fishing. Around ten fish were landed in the 14lbs and above class, along with countless ‘smaller fish’. The guys had to learn fast in order to take home some of the opportunities given to them, and learn fast they did. Jeremy, along with nasty line burns and all, took the fight to a 20lb fish that ate his natural brush fly in no more than two feet of water on the lower Ruhudji. With a partially raw hand, and whilst illustrating the diversity of the “f” word, Jeremy managed to landed a truly great fish. Henry, hot on Jeremy’s heels, hooked into an extremely hard running 17lb fish which exited the hole from which it was hooked with incredible speed and ferocity. Henry managed to apply the brakes and eventually landed a super fish.

The Mnyera which has been suffering unseasonably cold and high water for the entire season was fishing a bit slower. However, Pedro, using the popular blue and black deer hair pattern, put his gear to the test on another 20lb monster. After a great fight Pedro was content as he kneeled in the cool shallow water, his muscles straining one last time, only now it was to pose with his catch for guide and camera. The first half of the trip had been nothing short of a success. 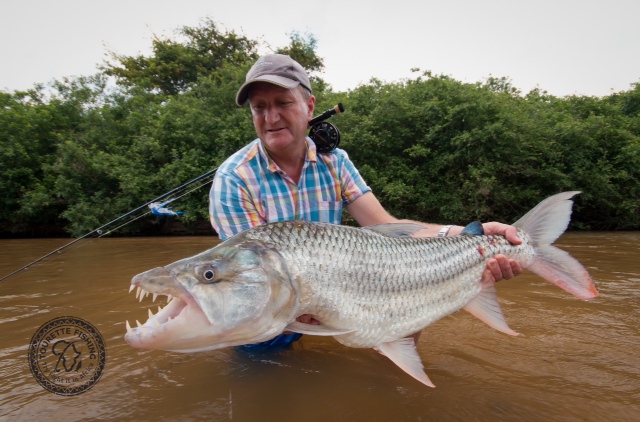 With a brief moment for groups to swop stories on the changeover day, our guests flies were back in the water looking for purchase in the in hospitable mouth of a trophy tigerfish. Gallant as their efforts were many of the flies were kindly returned by most of the fish on the last three days of the trip. Mutilated, but without the culprit which inflicted the damaged. Although many fish ranging from 5lb to a 14lb were landed, few of the many 15lb plus fish hooked made it into the net. However, it is uncommon for this destination to not surprise us with the unexpected. This week it came with yet another lost battle (and fly-line) to an incredibly powerful vundu, and a spey rod finding its way into the Kasingo rapids.

Henry’s spey cast was something to marvel at, but watching the 15 foot rod bend into the 14 pounder that ate a crease fly off the surface was a truly unforgettable guiding experience. 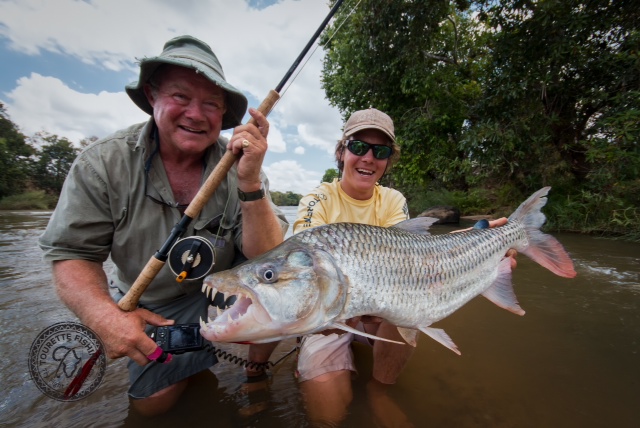 On foot, on spey, on a surface fly, in deepest Africa…. can it get any better?

All in all a great trip with well earned fish and good company (and coffee) has come to an end.

A big thanks to Henry, Jeremy, Craig, Richard, Kiki, Pedro, Mark and David for joining us here in Tanzania, we hope to see you back some day. 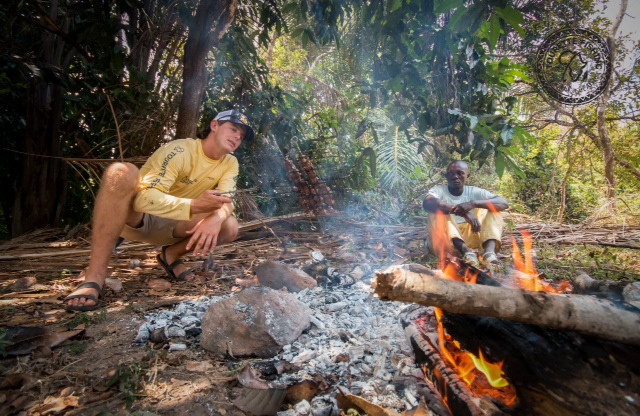 Buffalo skews for lunch on the river banks
PrevNext