After a week of resting the river, the arrival of the second group came with high expectations. With the Ruhudji in good condition and the Mnyera steadily improving we were hoping for a hot week.

The trip to the Ruhudji with Scott, Sheila, Steve, Frans, Maggie, and Dave was very much uneventful and we arrived in camp without incident ready to thrash the water 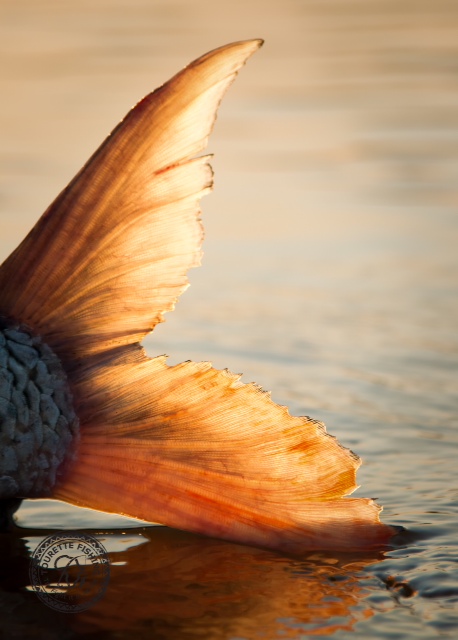 The first afternoon and first full day on the Ruhudji was filled with action and the guys landed a good amount of fish ranging from four pounds to Sheila’s fourteen pounder. Tim, fishing on the Mnyera had a tougher start to his trip with less attention being paid to his flies. His persistence however resulted in several hook ups with fish well into their teens.

In typical fishing protocol the hot actions of the first afternoon and full day on the Ruhudji was doused by two very tough days on the same river, where hits were far and few between. Although the guys connected with some excellent fish, few made it into the net. 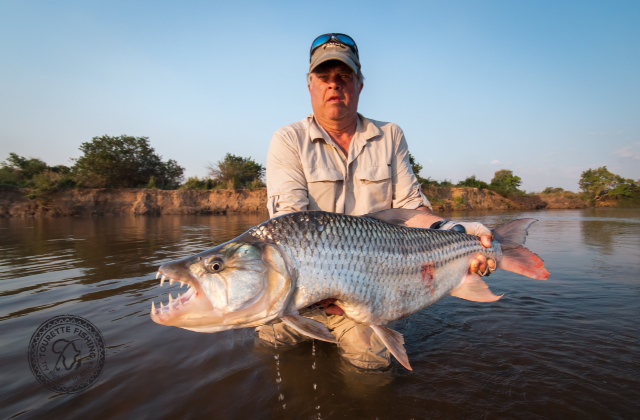 Tim with a great 19b tanzania trophy

Meanwhile, on the Mnyera Tim’s luck had taken a turn for the best. Still putting in the hard hours Tim did exceptionally well in landing a massive twenty pound tiger in the morning session, and as if that was not enough, at last light, while fishing a newly formed ox-bow on the upper Mnyera, he wrenched a very impressive nineteen pounder out from the depths. One could not ask for a more than satisfying send off from the Mnyera for Tim. 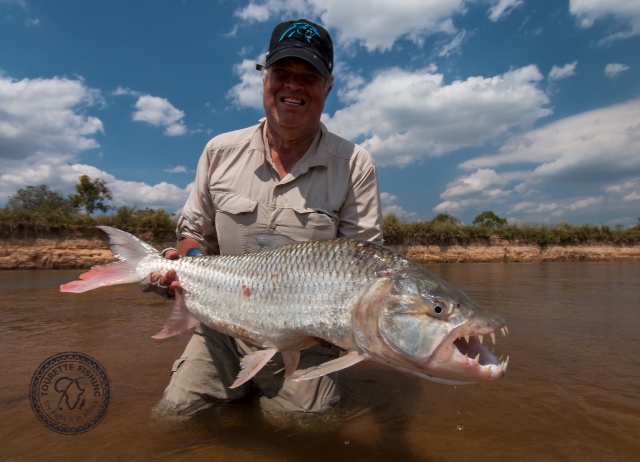 Solid head and shoulders of a 20b tigerfish on fly. Well done Tim, and welcome to the 20lb club!

When the two groups swapped rivers it came with the usual un-avoidable and newly formed enthusiasm. New river, new fish! With everybody barley giving their lines a chance to dry we hit the rivers hard. The high cold waters were still playing havoc. The crew all put in a huge effort in an attempt to get their hands on to the trophy tigers that make these rivers their home. Tim, did well again with a very good sixteen pounder. Steve was also keeping up with Sheila when he landed a superb fourteen pounder. Frans and Dave had an exciting time in the Kasingo Rapids, where a handful of trophy fish were hooked, but few made it to the net. We were also witness to Maggie doing battle with a truly enormous vundu.

Many a vundu has been hooked over the years. Few anglers are however fortunate enough ever meet the beast that does its best to wrap ones fly line around any piece of structure it can find, most often succeeding with ease. Maggie pulled as hard as she could, and almost got wrenched out the boat herself, and after what seemed like an hour, Maggie guided the massive vundu onto a sand bank. Two bends and a couple hundred meters down stream from where it was hooked. We estimate its weight at around 70lbs. Arguably one of the biggest Vundu ever landed on fly, and I am sure the biggest ever by a women fly fisher. 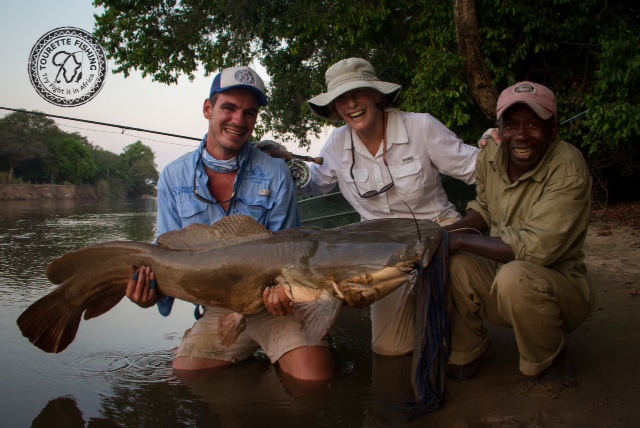 A big thanks to Maggie, Scott, Dave, Frans, Steve and Sheila, and Tim for joining us in the Tanzanian bush. Well done too you all.