It was a week of old and new . Juan and Chantal who have both fished with us before; Chantal a veteran of the sport, who has fished with us in Lesotho as well as on the Okavango looked to make acquaintance with H. tanzaniae. the legendary cousin of the H. vitattus. While Juan looked to better last years trip with his return mission to Tanzania. The new boys on the block trying their luck this week are Serge, Rick and Adam.

While photos of the past trophy tigerfish decorating the fishing mess walls created bright eyed and salivating group of anglers, the guides had their mission set for the week – to introduce anglers to the trophy tigerfish on the Mnyera and Ruhudji Rivers.

Adam and Rick begun their trip on the Ruhudji river. Not knowing what to expect, they had to learn fast as tigers will soon level even the most veteran of flyfishermen. The first morning brought about some tough conditions. After lunch however, warm weather returned and so did the tigers hunger, bringing with it the first glimpses of this special place for Rick and Adam. This was realised with Rick landing a 14lb tiger and amongst a number of other fish. The next morning after some convincing, the decision was made to motor to the far upper Ruhudji. With the travel under the belt and quick cup of coffee, there was no time to blink and Rick had landed a 20lb beast on the second cast of the morning. The day also brought another two respectable 12lb fish to the net, making it a day to remember.

Chantal, Serge and Juan would start their trip on the bigger cousin of the two rivers, the Mnyera. On his first day Juan managed to better his last year trips biggest fish with a 17lb machine. Serge and Chantal also landed a good fish that day of around 14 lbs. The second day on the Mnyera proved tougher for the three anglers with gusty and unsettled the weather putting the fish down. The third day on the river however brought with it one of the best performances seen this season, with Juan landing not one but two massive fish. One being 19lbs and the other being 21lbs. Leaving him with line burnt hands and a warmed happy heart. He could now confidently say that he had achieved his goal.

Rick and Adam after having swapped war stories with the other crew had themselves gained a slight spring in their step after hearing many encounters with big tigers. Their first day on the Mnyera proved once again a win for the Tigers, as some really big fish were hooked but not landed. Leaders bitten off, and a broken rod left the gentlemen’s spirits a bit bruised. However after a couple of scotches by the fireside the men were ready to head out once more, this time Adam managed to get his first big fish – a 17lb bruiser. This was the perfect set up for their last day on the Mnyera. What the guides, Rick and Adam didn’t know, was what the day had in store for them. With an unbelievable tally of a 21 ,17, 16, & 15lb caught on the legendary Harley Shake surface fly, and a 15,13 & 13 lb on brush fly. It was a day that will be etched in our memories forever. Adam landed the 21 on the surface fly, and was welcomed into the 20lb club with open arms.

The Ruhudji also had another surprise up her sleeve , it allowed Chantal to get a 13 pounder on the surface which was her biggest for the trip. Serge also did some damage and got a 15 lb fish which was his biggest for the trip. However Juan this trip, had the magic touch that pried the big ladies from the deep, he managed to land another two fish over 20 pounds a 21 and a 22 lb. What an incredible time to have on the river, and a privilege to be part of such an amazing weeks fly fishing.

Rick and Adam experienced a number of tackle issues with four line breakages, and a rod breakage which is a testament to what can happen 1000 miles away from home. So pack enough gear, you never know what can happen . Another thing is to bear in mind is that fishing conditions are in constant flux. Not every day will be like the last. So make the most of your time when the going is good and remember it is your holiday, so put the phones down, listen, see, smell, feel, enjoy and take it all in.

The crew of 5 fly fishermen and women, landed five tigerfish of 20 pounds over their week. A testament to the unfailing conservation efforts and fishery management taking place in this special part of Africa. We look forward to many more years protecting this slice of paradise with the continued support of adventures anglers from around the globe.

Until next time Bren, Stu, Johan and Greg 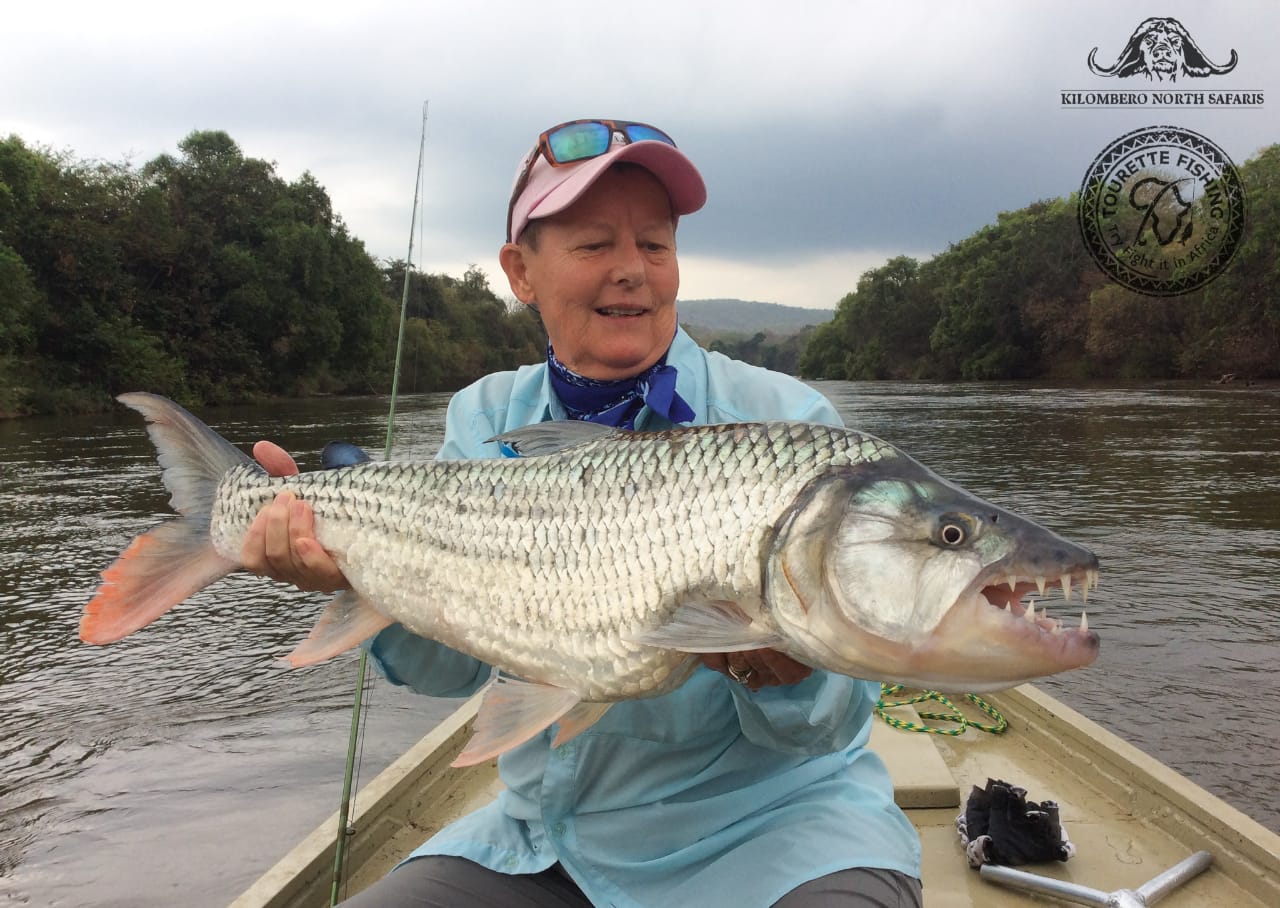 Chantal, from Planet FlyFishing in France, getting a taste of the infamous tanzania tigerfish 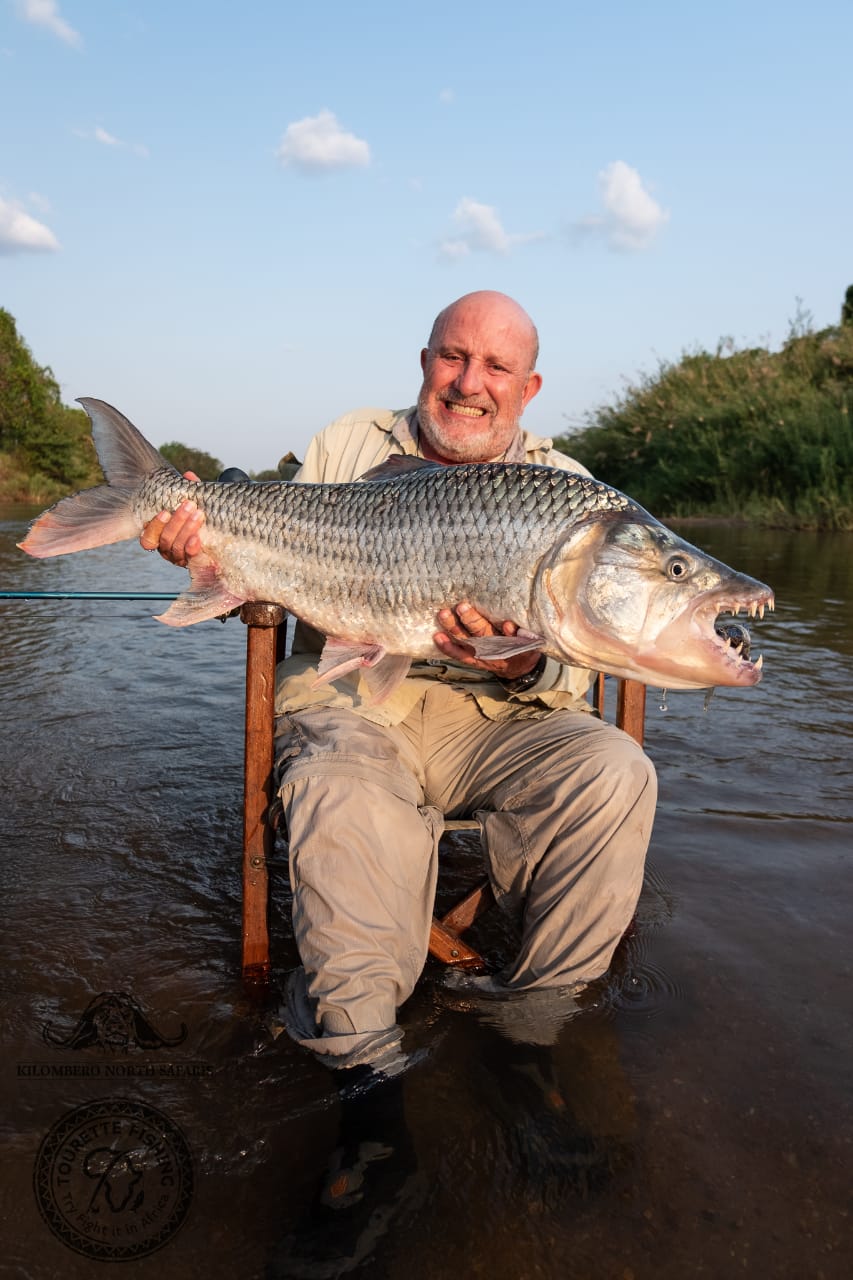 Juan on his 2nd trip to the Mnyera and Ruhudji Rivers, using is experience gained in previous trips to convert numerous double figure fish 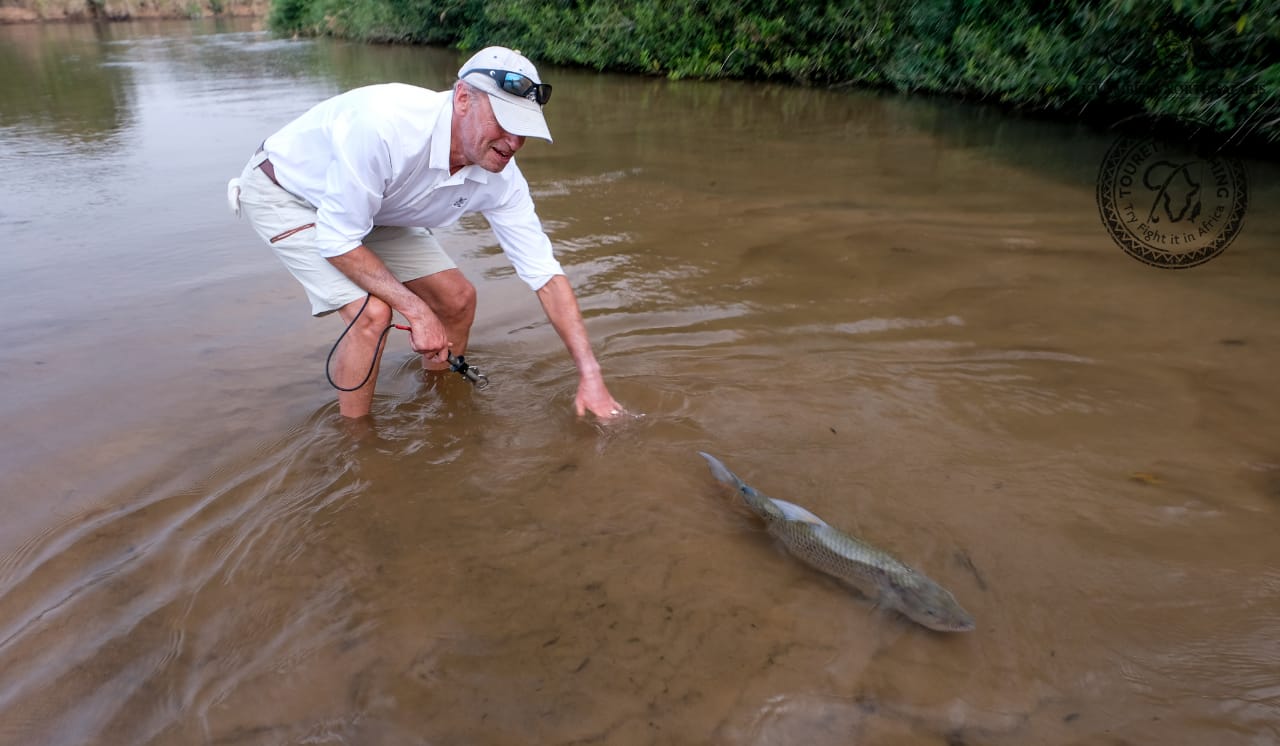 Rick releasing a wonderful tigerfish on the Ruhudji River 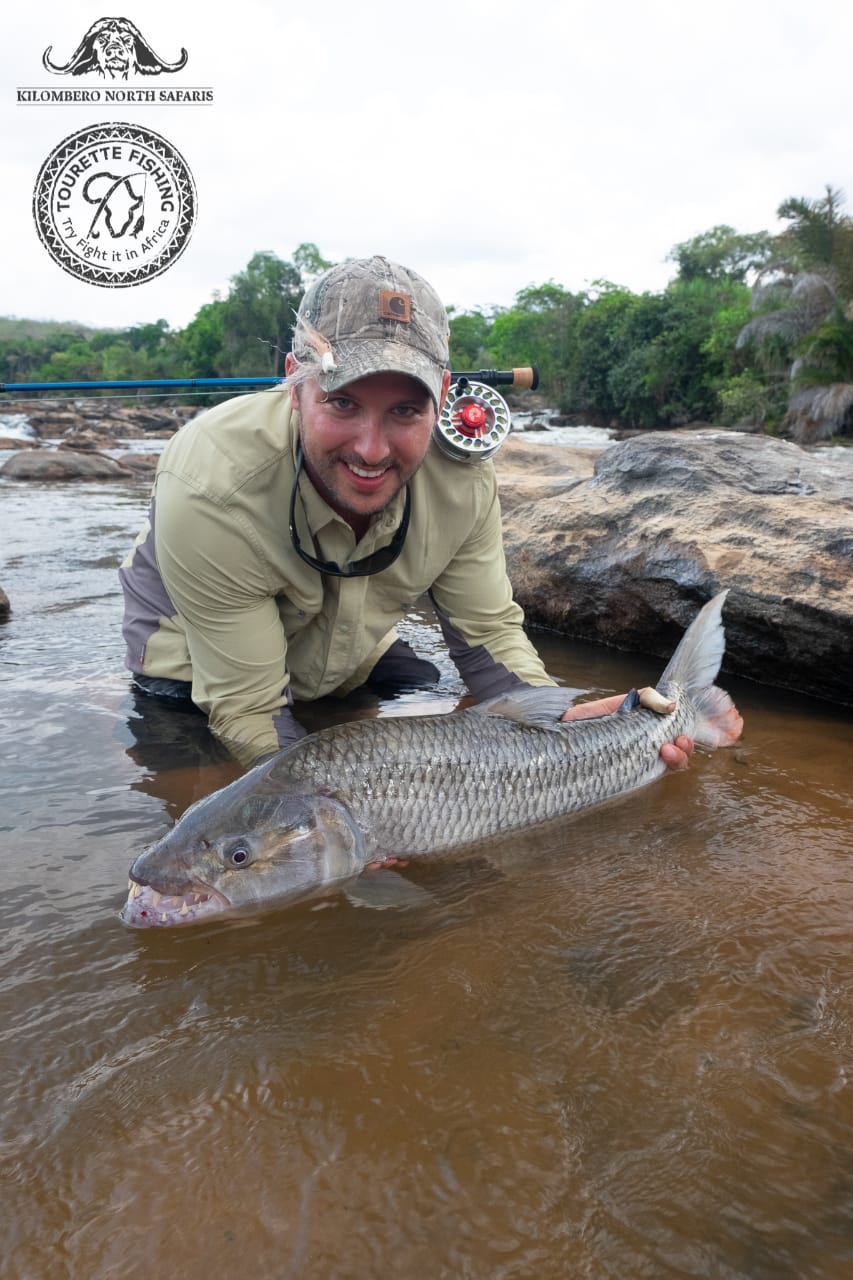 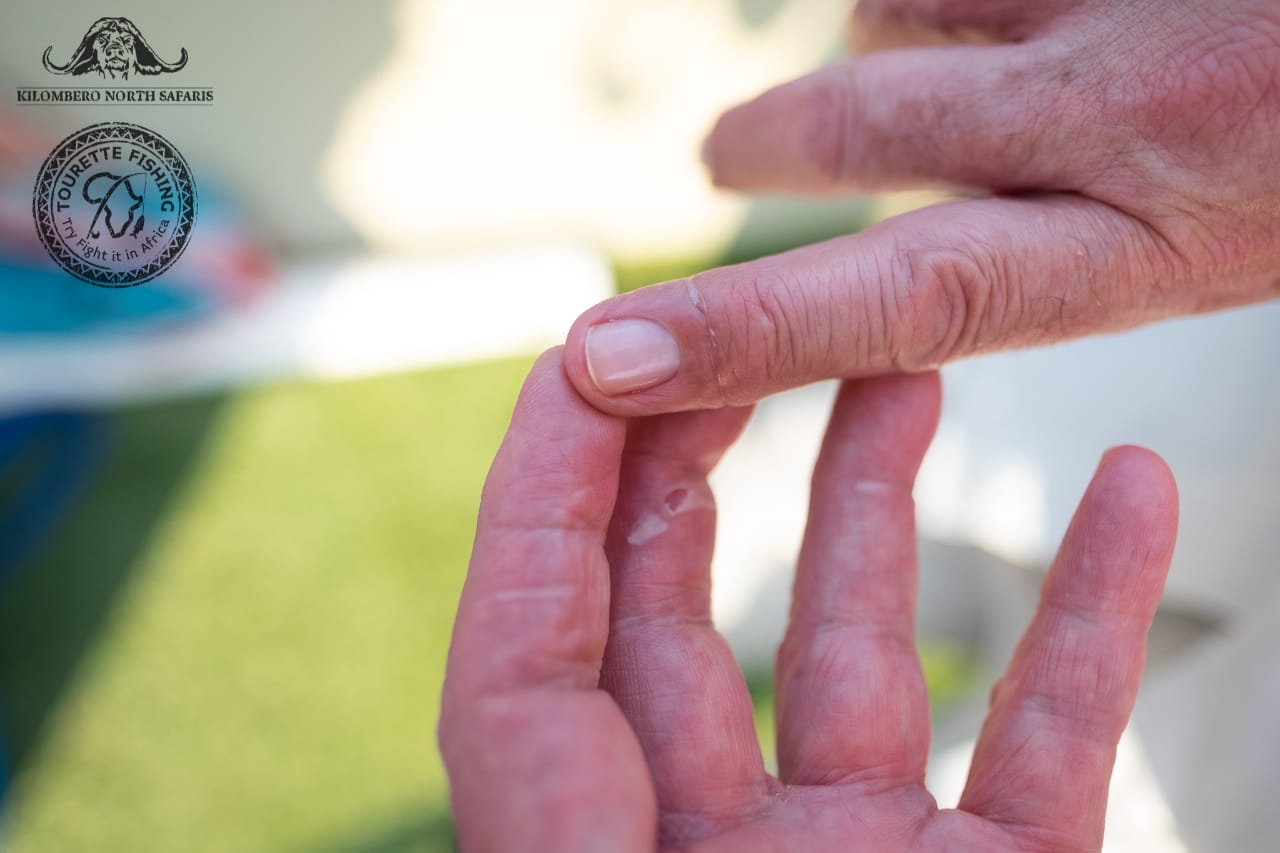 War wounds. Would you let go, or grit your teeth and take it in order to land a fish of a lifetime? I bet we know the answer. 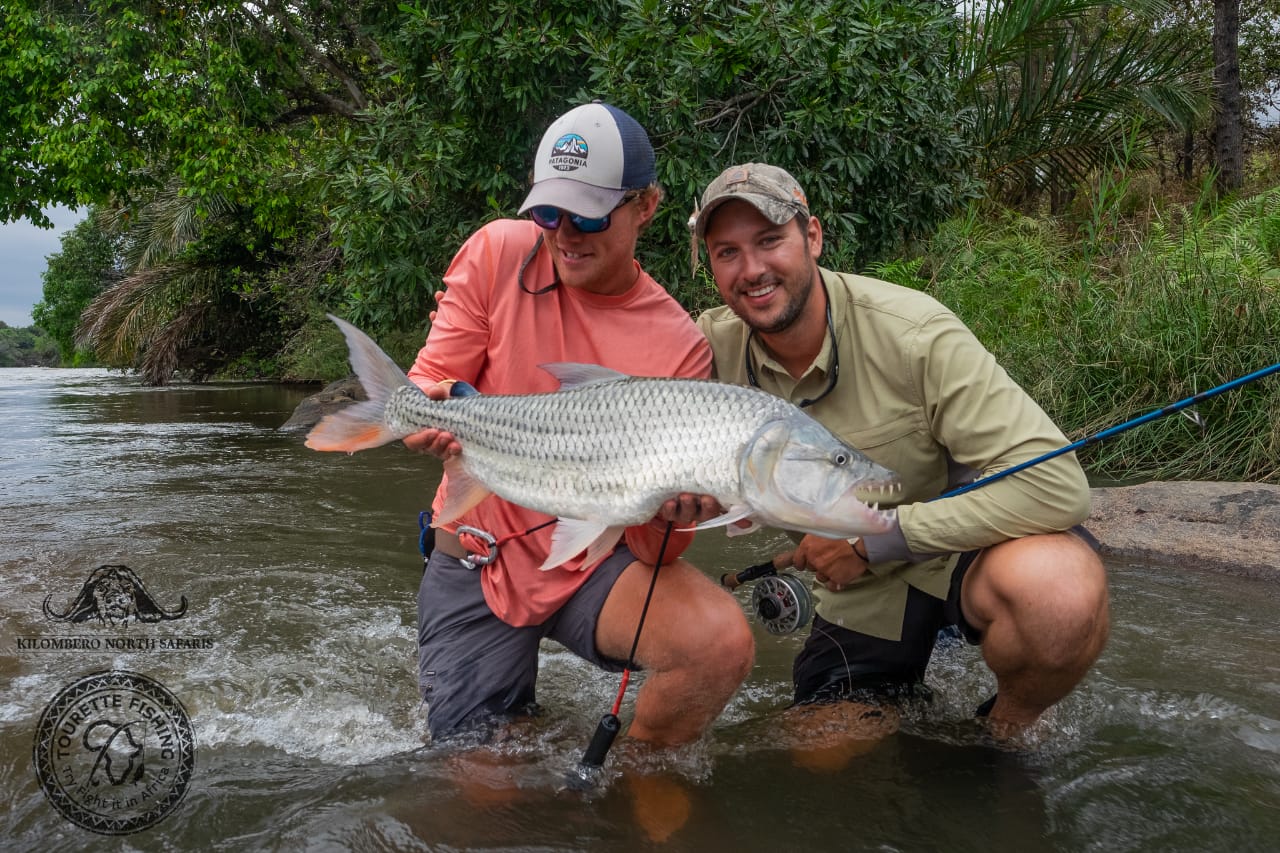 Brent and Adam enjoying a red letter day on the Mnyera River, Tanzania 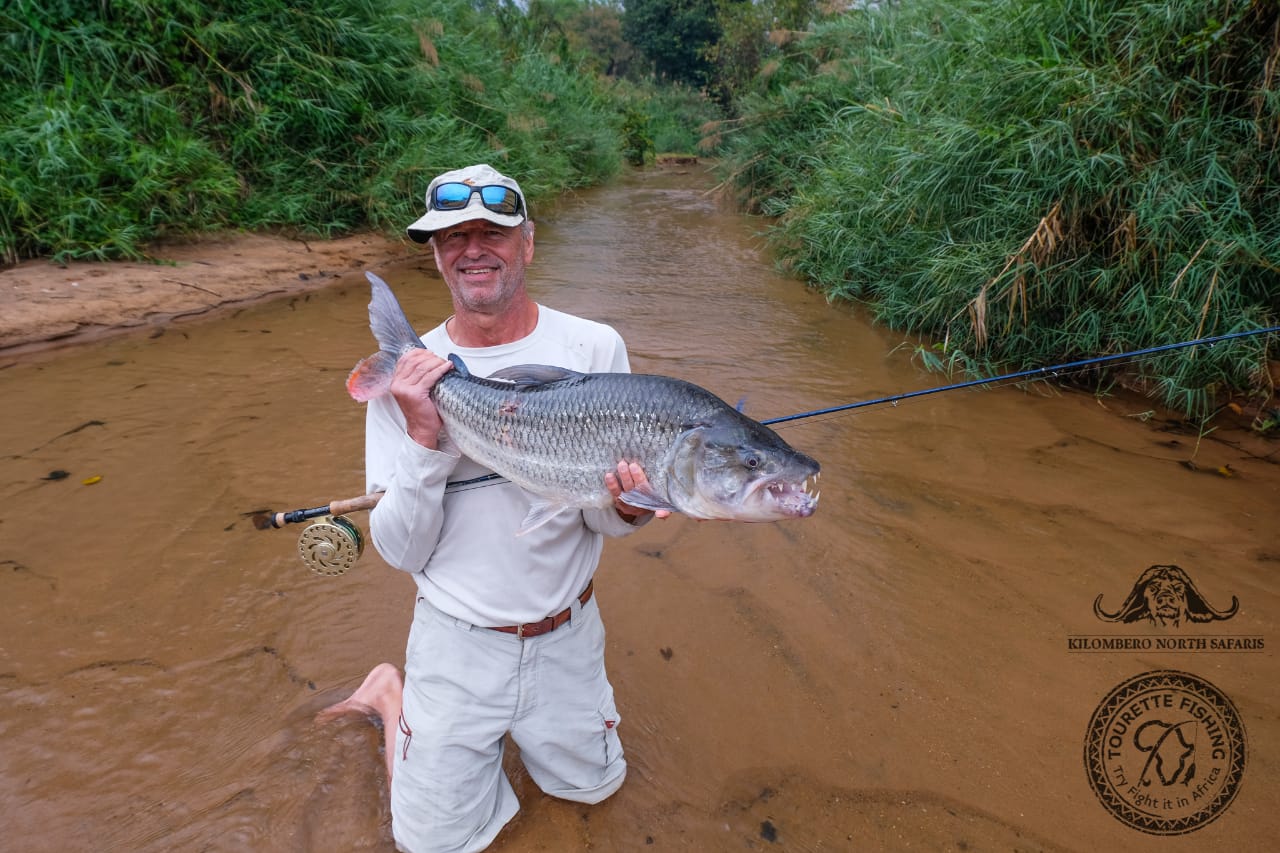 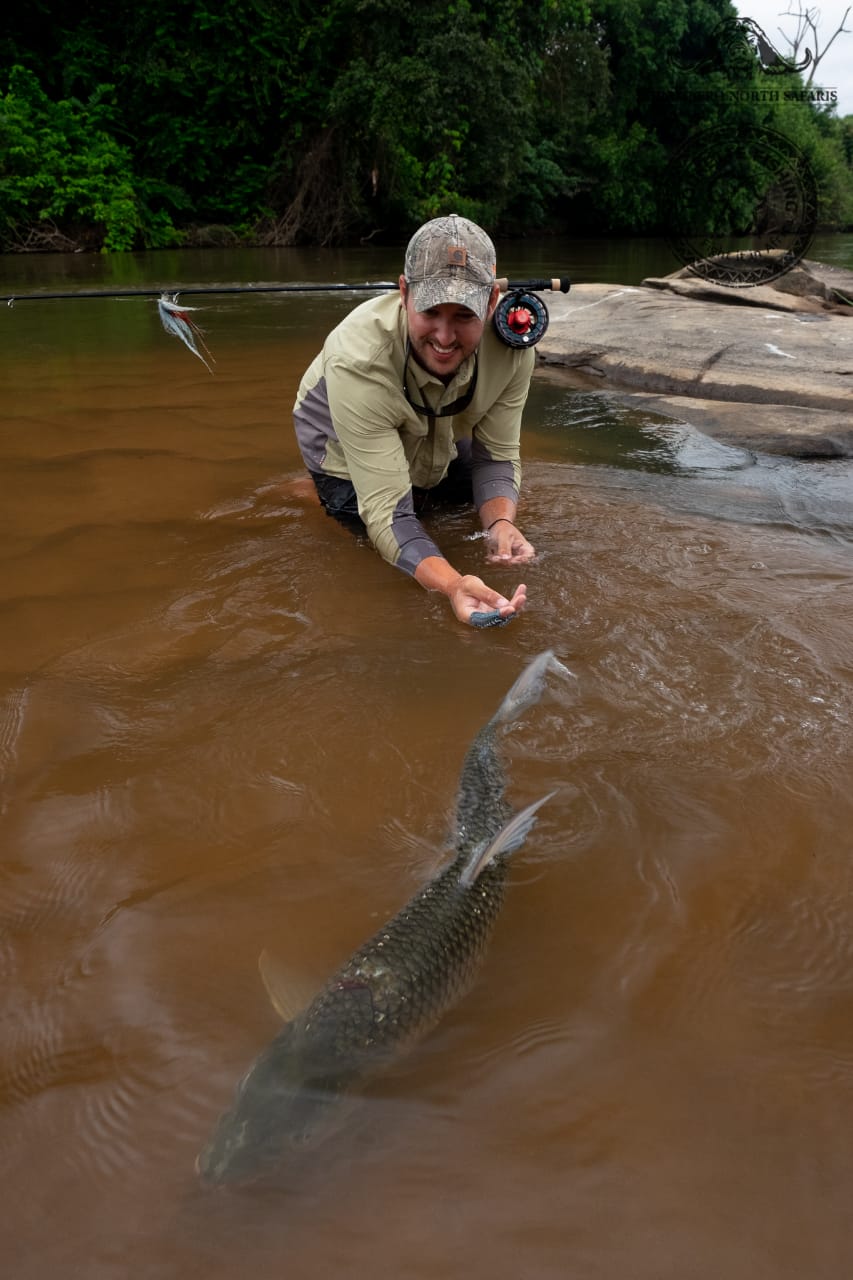 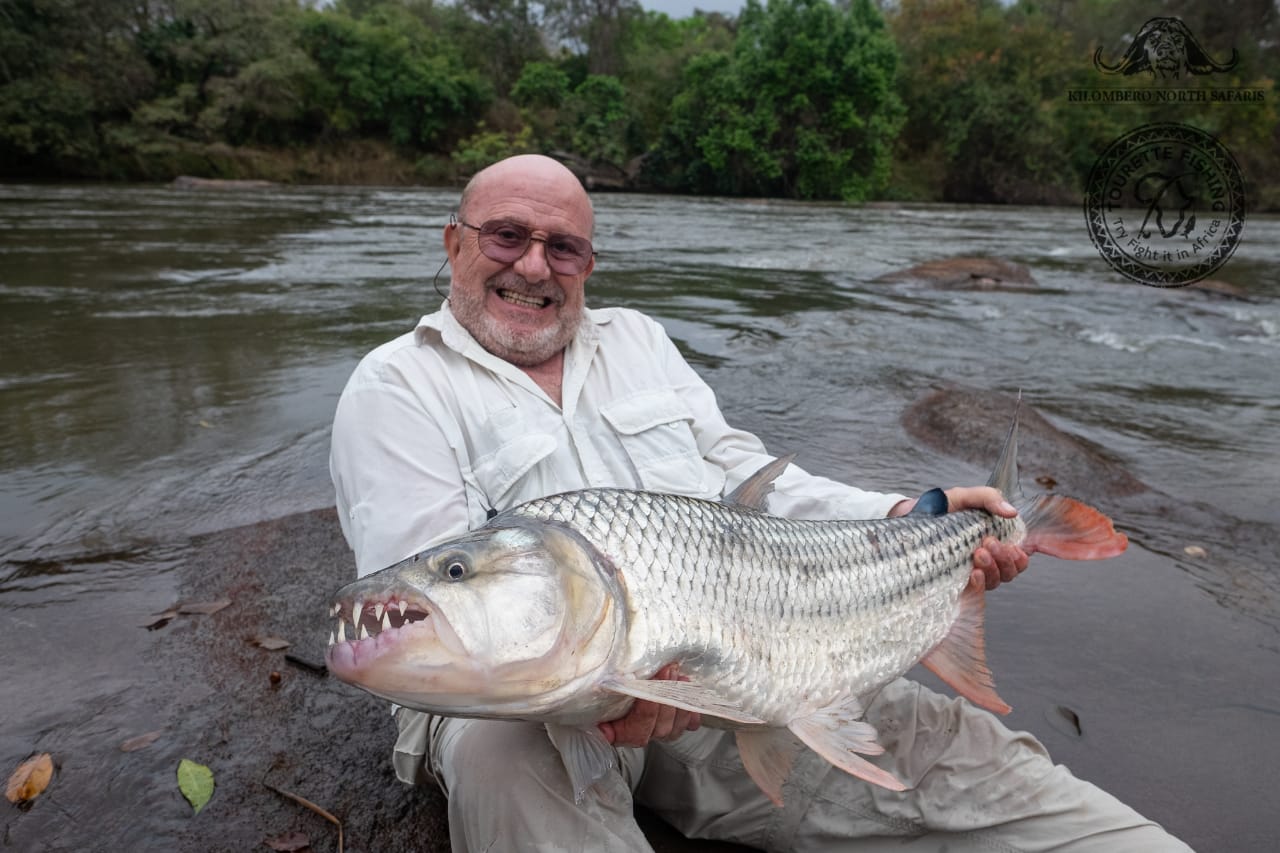 Juan with another of his many trophy tigerfish 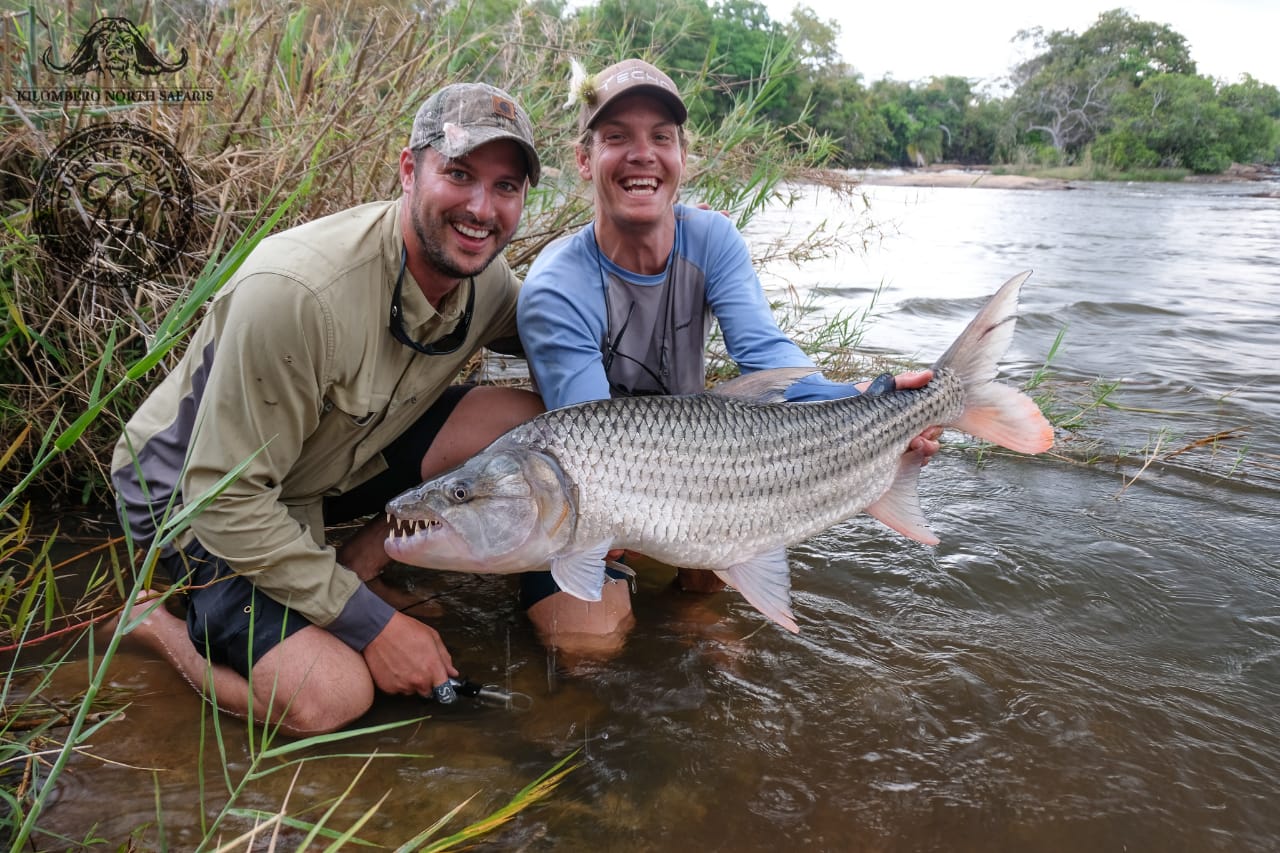 Stuart and Adam getting it done, on Stu’s deadly surface fly, the Harley Shake 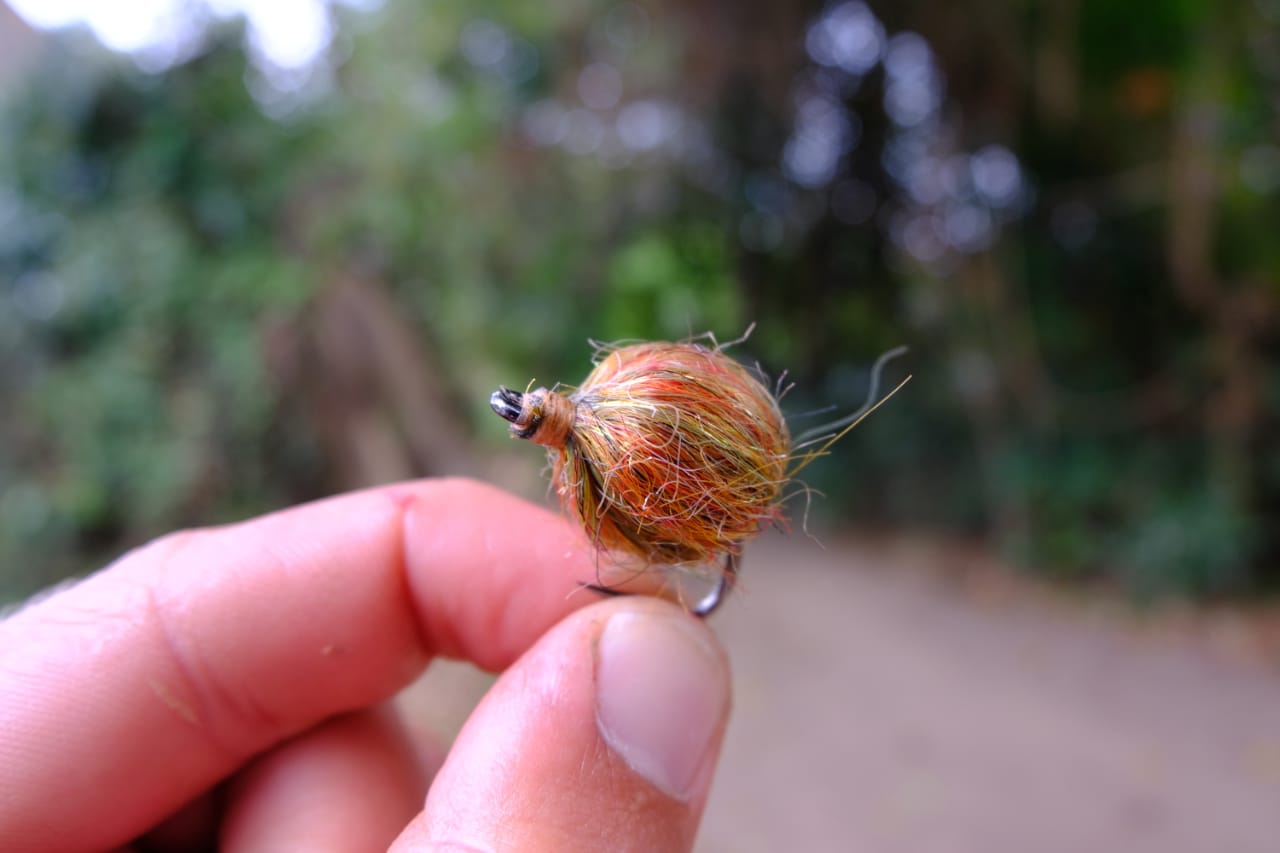 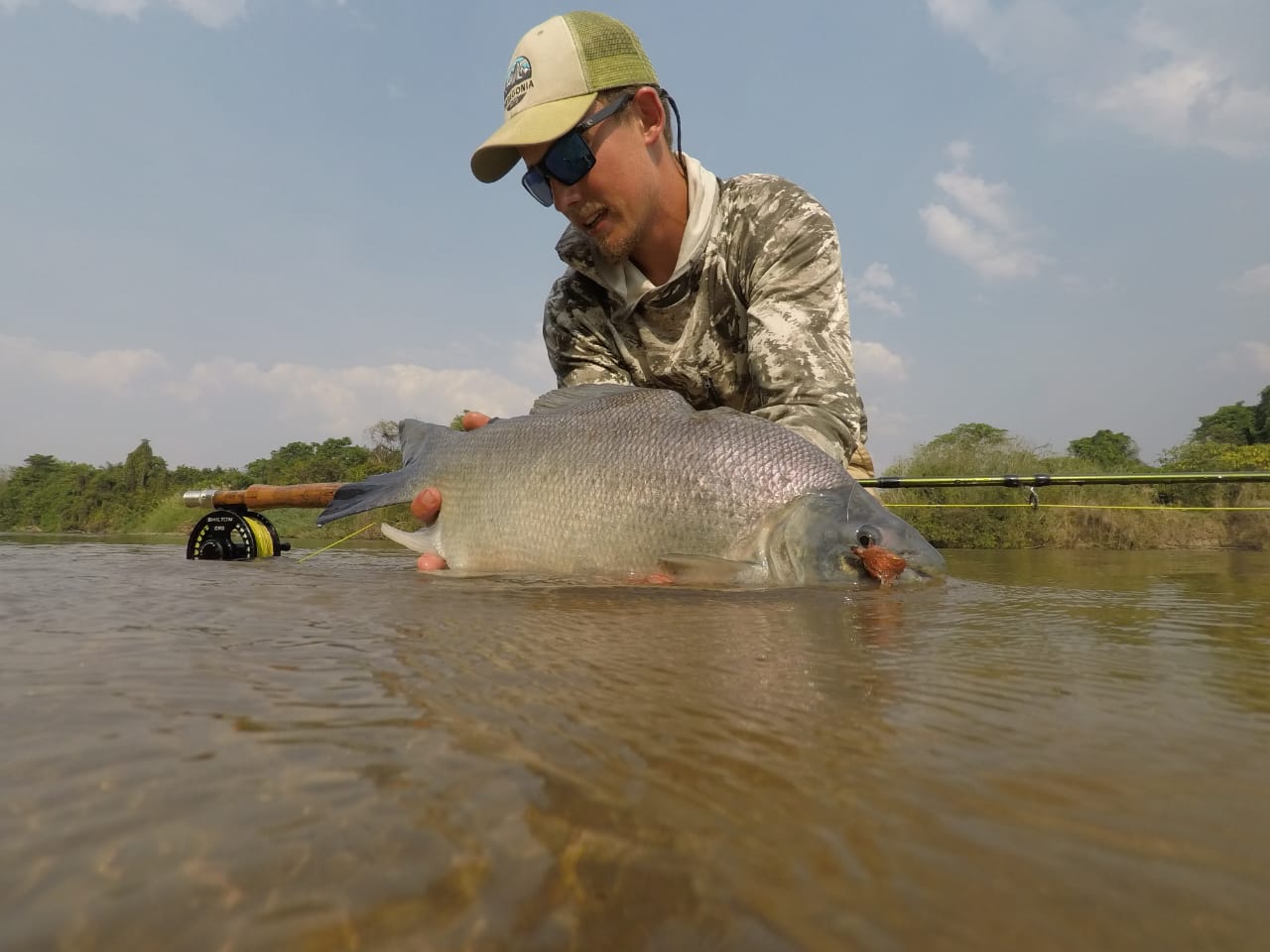 Johan working on the guides plan on his off day, and getting the seasons first Dnungu on fly.
PrevNext