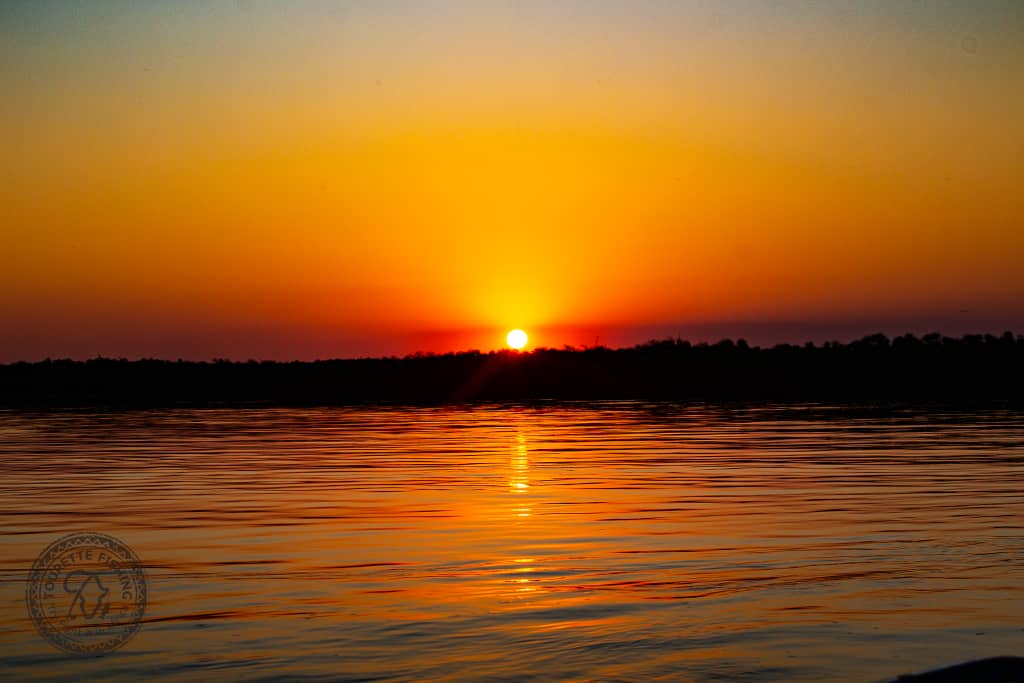 Sunset over the Kavango River, a warm welcoming site

Our first group of the season consisted of the delightful Meaker family; Shawn and Enid and their two sons Skye and Branson. Accompanying them were avid fly fisherman Luke and Gavin. On arrival a buzz of excitement was brought in as a big run was happening right in front of the camp. Naturally everyone was keen to wet a line and get off the mark by getting stuck into a tiger. This proved to be a great start to the week as clients got their first taste of the chaos of a catfish run.

The Meaker family had never really fished for tigerfish before, so for them to come fish for our scaly striped toothy pitbulls of the river, was a truly exciting event! Luke and Gavin focused primarily on fly while the Meakers stuck to conventional methods throwing jigs and spoons. Both fly and conventional proved to be successful.

The runs were fairly consistent throughout the week as were the landing of tigerfish. Luke got his first taste of the ruthless fish by getting hit after hit yet nothing that stuck. A few adjustments to the striking method were made which resulted in Luke’s first tiger fish. The extreme power of these fish was seen in the burn marks on his fingers. Gavin, who had fished for tigers in the past, wasted no time by claiming some of the action. Tigers were landed throughout the first few days however the search for a big fish was still in play

The Meaker clan, who are keen photographers, spent a lot of time capturing images of the beauty that the Okavango had to offer. This included elephant, hippo and crocodile encounters as well as the plentiful bird sighting’s on and off the river. After a few lesson on what to do and what not to do, the tigers began to fall for the jigs and spoons that were thrown in and among the feeding catfish. Skye and Branson were quick to learn and soon the boys were hooking both cats and tigers like seasoned professionals.

Gavin and Luke worked hard and after long hours in the sun were both rewarded with big female tigers. Luke’s big fish was a funny occurrence as this fierce, ferocious and feared fish had no teeth! It was quickly nicknamed the ‘Toofless Tiger’. This is a common occurrence as these big fish tend to molt their teeth in order for bigger and stronger teeth to push through.

Overall a great time was had by everyone. Shaun and Romy who run Xaro Lodge provided outstanding meals and Shauns professional cheffing background came to the fore time and time again. The accommodation at Xaro was under massive leafy Livinstonia trees in deep shade, and to say the pool was welcome after a mornings great fishing under a hot Botswana sky would be an understatement.

The privilege of witnessing the remarkable event of the catfish run was an entirety of its own.

Looking forward to our next few groups, James 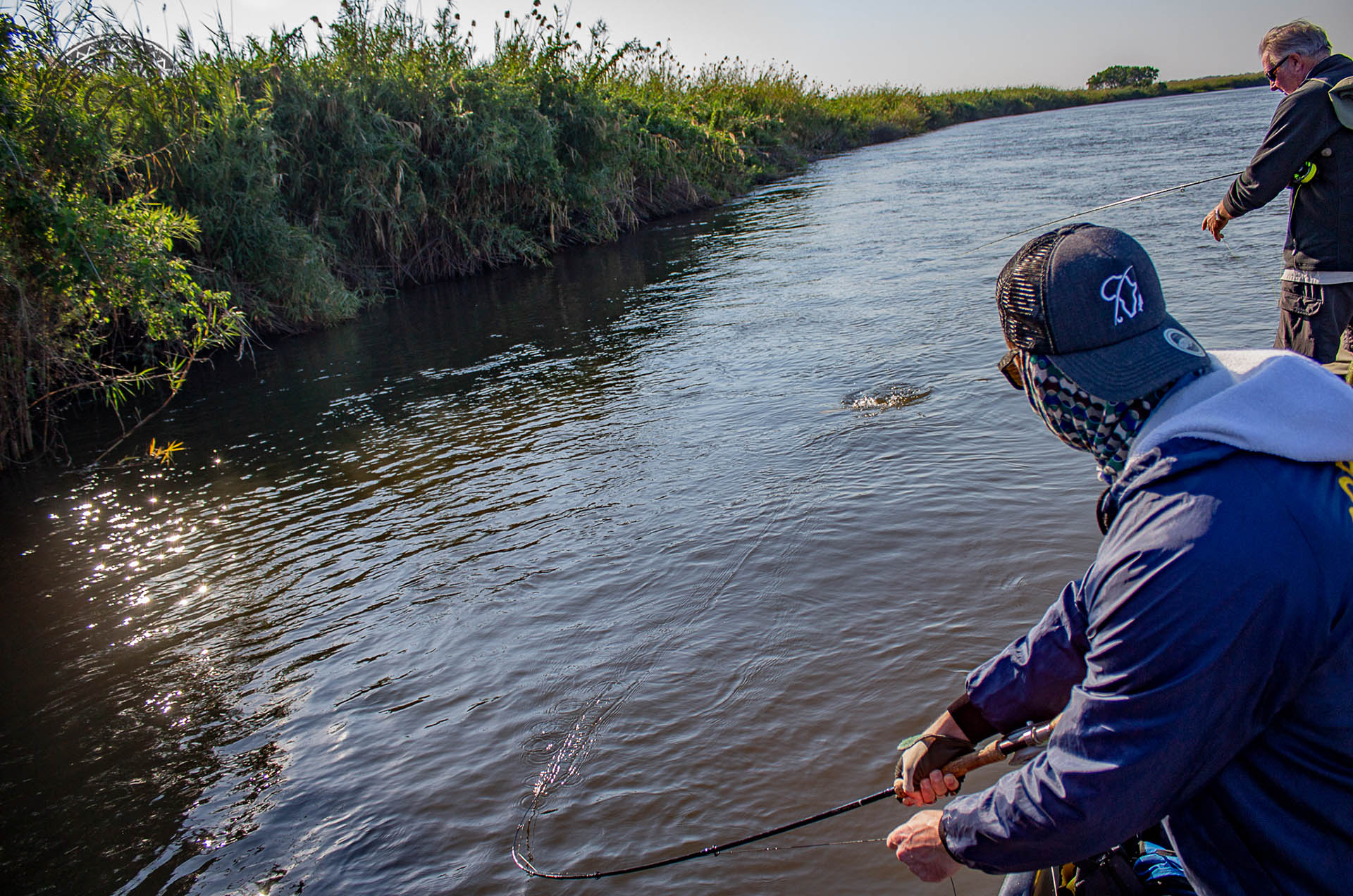 Luke practicing the crucial method of keeping the rod tip down when striking into an aggressive striped water dog. 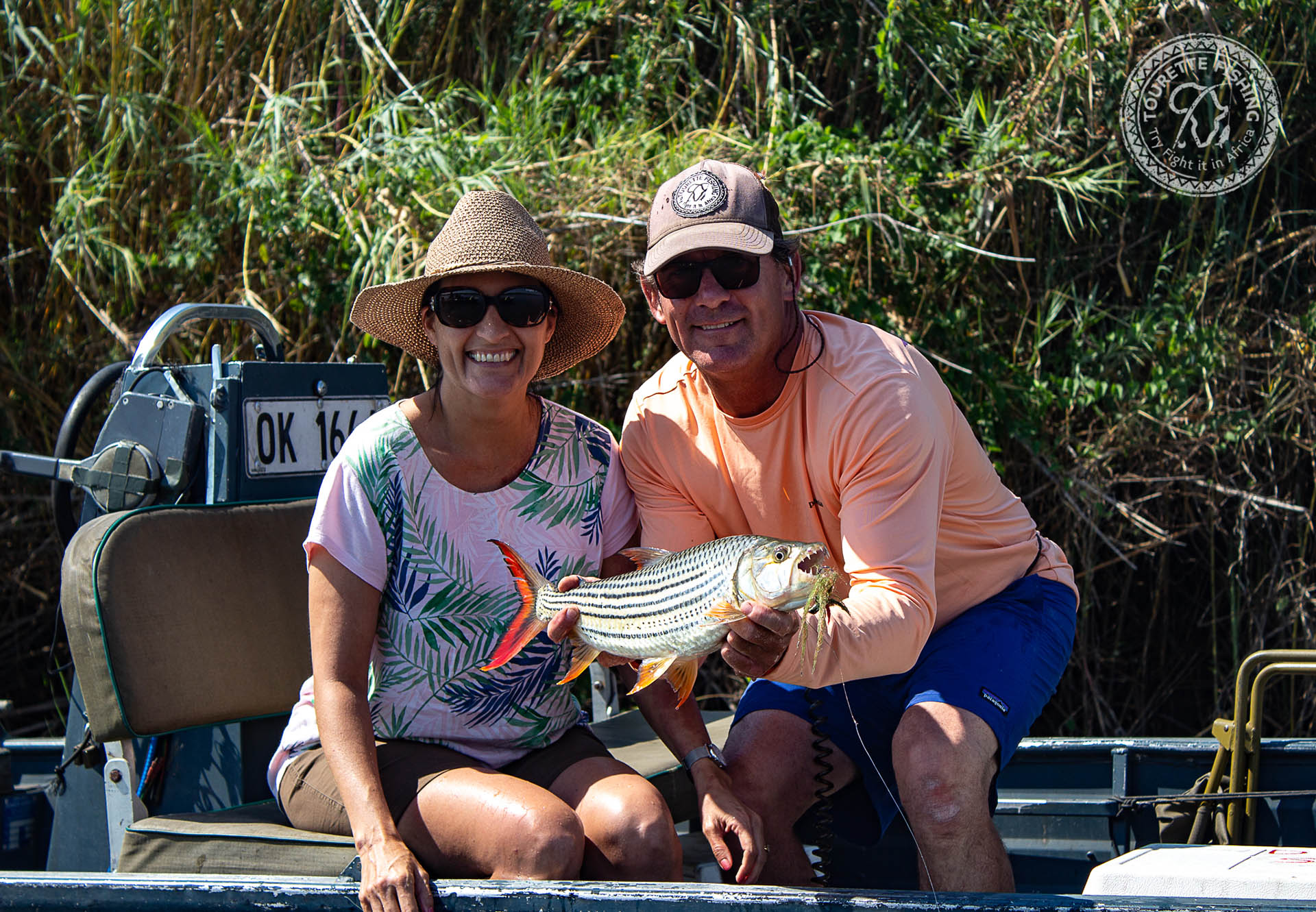 Lionel presenting Enid’s healthy looking catch that fell for a jig. Mom showing her family how its done! 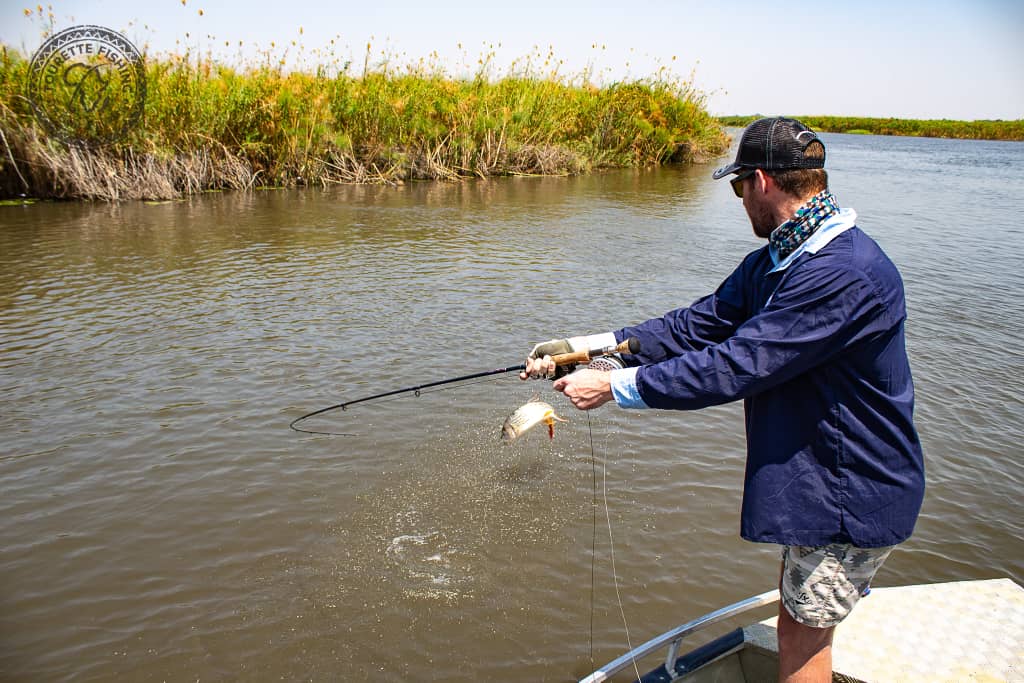 Strong, acrobatic fights can be expected with these powerful predators. 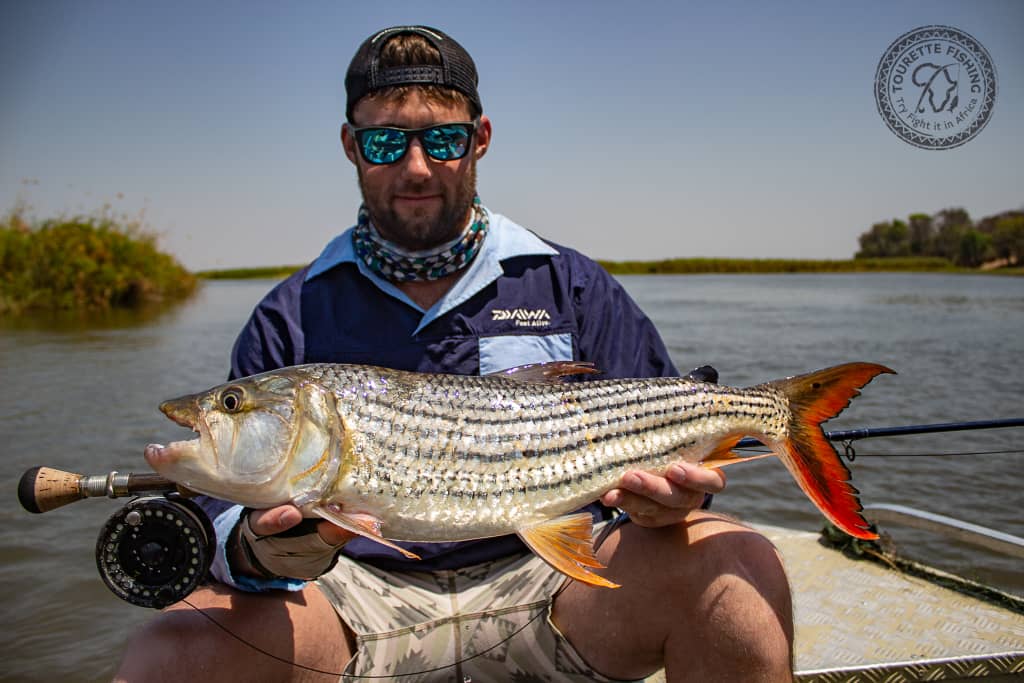 Luke happy with landing this 7lber after a long and hot day. The “Toofless Tiger” was named. 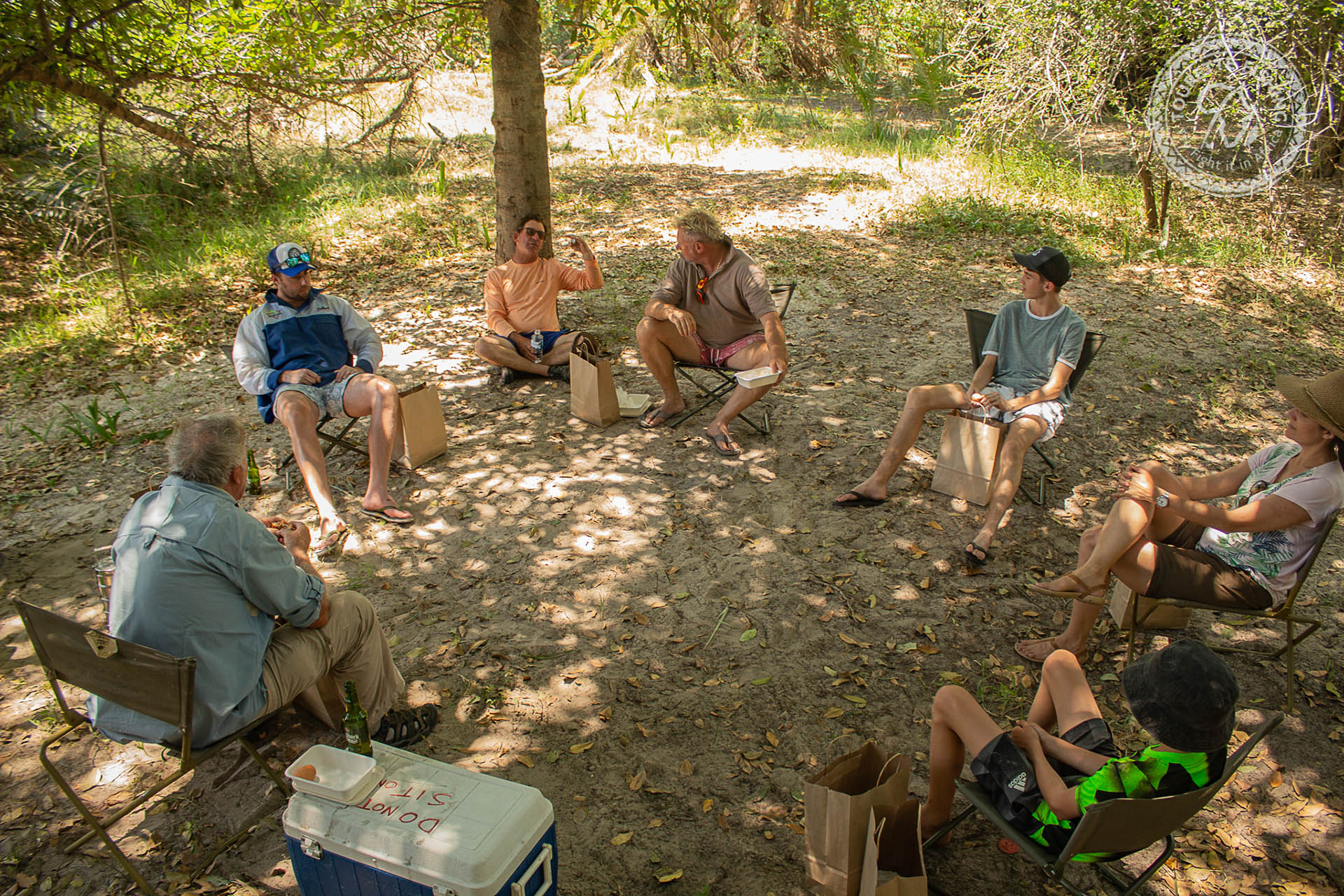 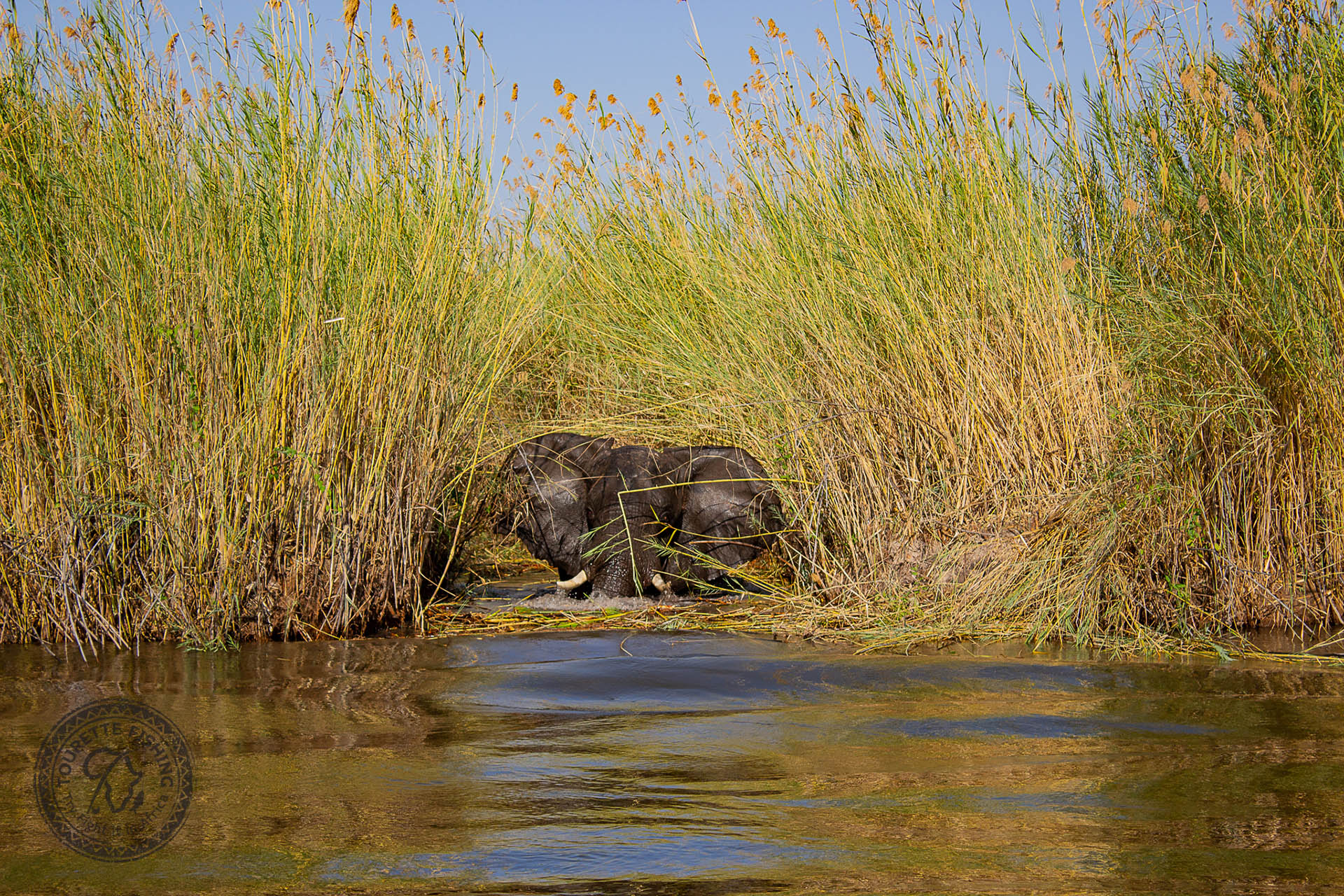 One of the many elephants that we came across while fishing in the afternoon heat. 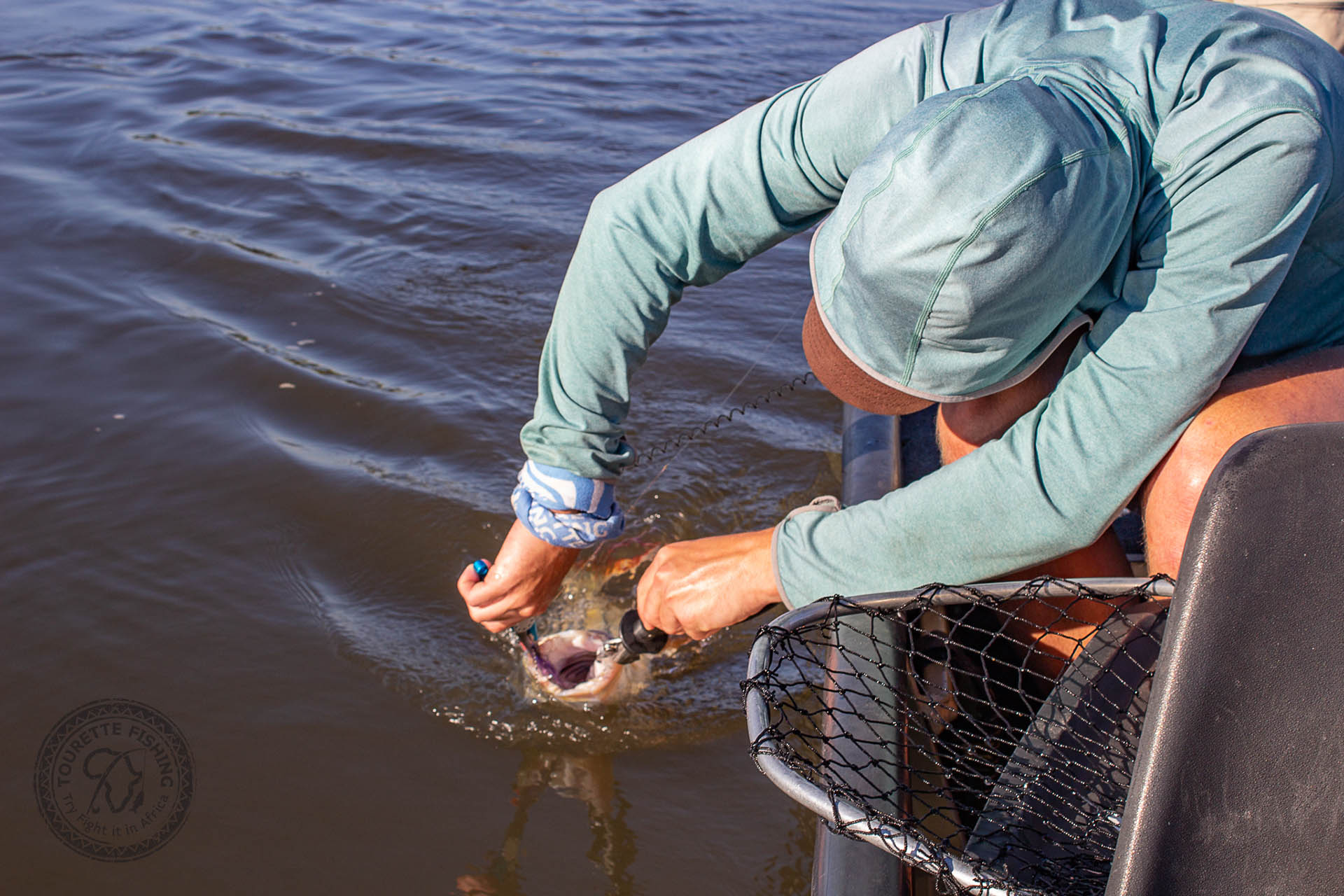 James carefully removing the fly and reviving a tired soldier. 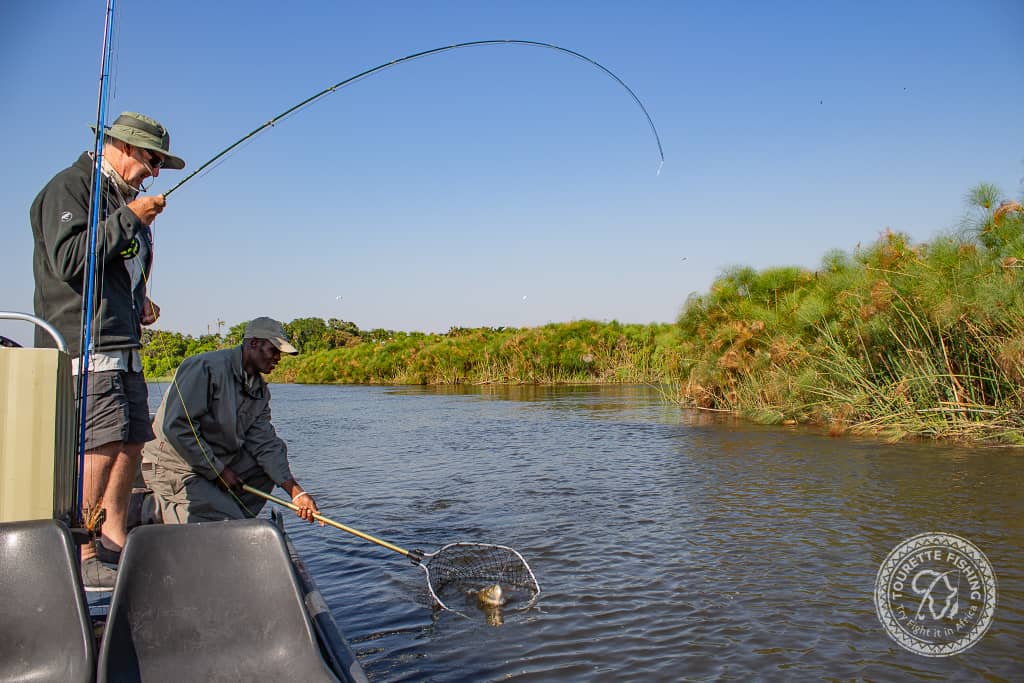