It is with great expectation that I write the first blog of the 2016 Okavango Catfish Run. It is sure to be the first of many good reports and stories of fish caught and lost. After the hard pre-season preparation and long drive it was a great relief to arrive at camp on the edge of the mighty Okavango River. Stu, Lionel and myself had the camp to ourselves for the first couple of days to sort out logistics and, of course, do a bit of fishing.

Our first day in camp was spent unpacking supplies and unwinding after the tedious drive from the office in Pietermaritzburg. Despite being knackered we couldn’t resist the temptation to fire up the boat for an afternoon session in the swamps. The runs were nowhere to be found, but we worked the bankside structure and holes which resulted in Lionel catching a lovely Nembwe hen. The session soon turned into a leisurely cruise back to camp with couple of cold St. Louis Exports (a local beer) to keep us company as the sun faded into the horizon. 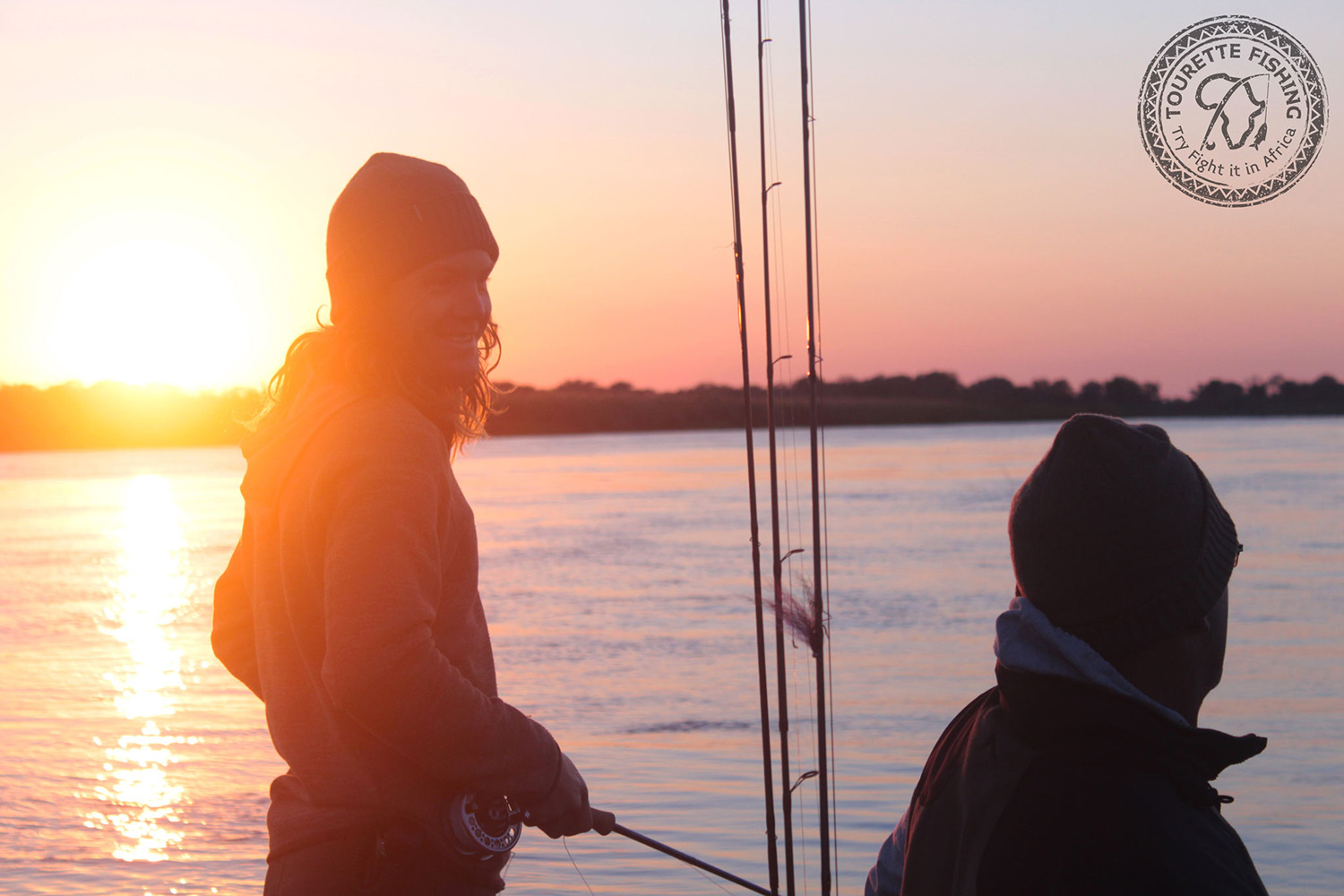 Early morning in the swamps.. Not a bad way to start the day

Over the next couple of days, we trekked far up and down the river in search of runs and found the odd one here and there. As a result of a good wet-season, the floodplains were still filled to the brim and the runs had not yet picked up momentum. Contrary to popular belief, fly fishing guides don’t fish that often, but when we do it is sure to be a triumphant affair. Despite the high water and howling winds we were able to catch some good tigers and a few catfish.

Apart from decent fishing, the highlight of the pre-season must be when Stu went overboard. We were cruising down the President Channel, following some eager looking egrets hoping we would find a run when we came across another boat heading upstream. As luck would have it the boats met in the narrowest section of the channel which obviously complicated passing each other. Lionel steered to the right onto a shallow lily pad hoping that it would be deep enough while Stu was on the bow trying to avoid a collision. Well, unfortunately for Stu we hit a sandbar and the boat jerked to a halt, launching him off the tip and into the water. In spectacular fashion he managed to hold on to the gunnel and was back in the boat before you could say “Watch out for the crocs!”. Luckily nobody was hurt and it served as great amusement to us and our neighbouring vessel. 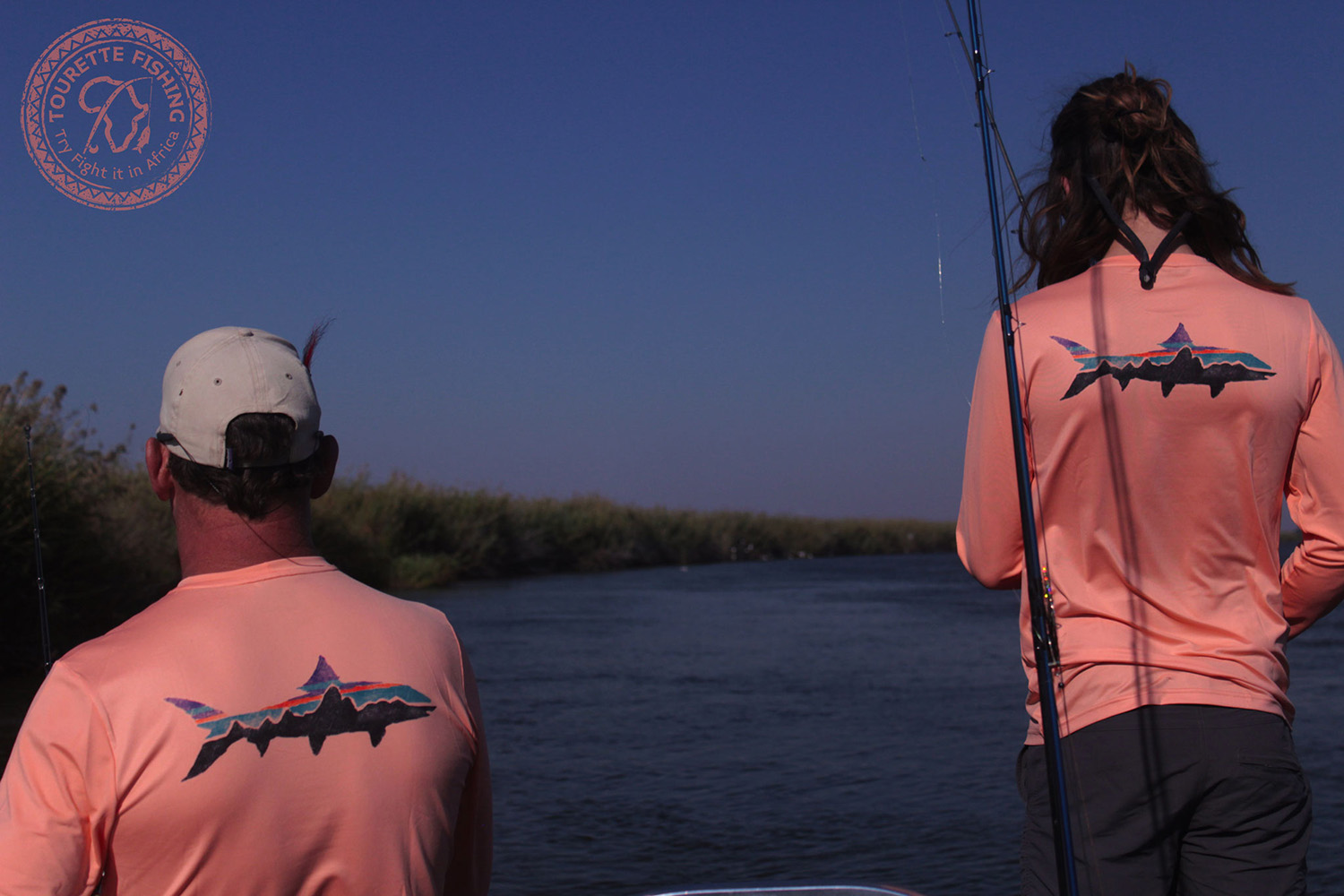 The guides testing some new patterns

For the guide’s team it was a good few days of relaxation before the hard graft of the season begins. We had some fun in the sun and are well rigged up for a monster of a season. We are excited for our guests to arrive and even more excited to see them do battle with the fierce Tigerfish of the delta. The water is on the drop and it won’t be long before the runs make their way down towards the Shakawe area in full force. The chaotic action of the Catfish run is on the way and is sure to raise the pulses of those who come to take it on.

Get ready for the action boys, it’s gonna be a good one!

Johann and the Catfish Run Team 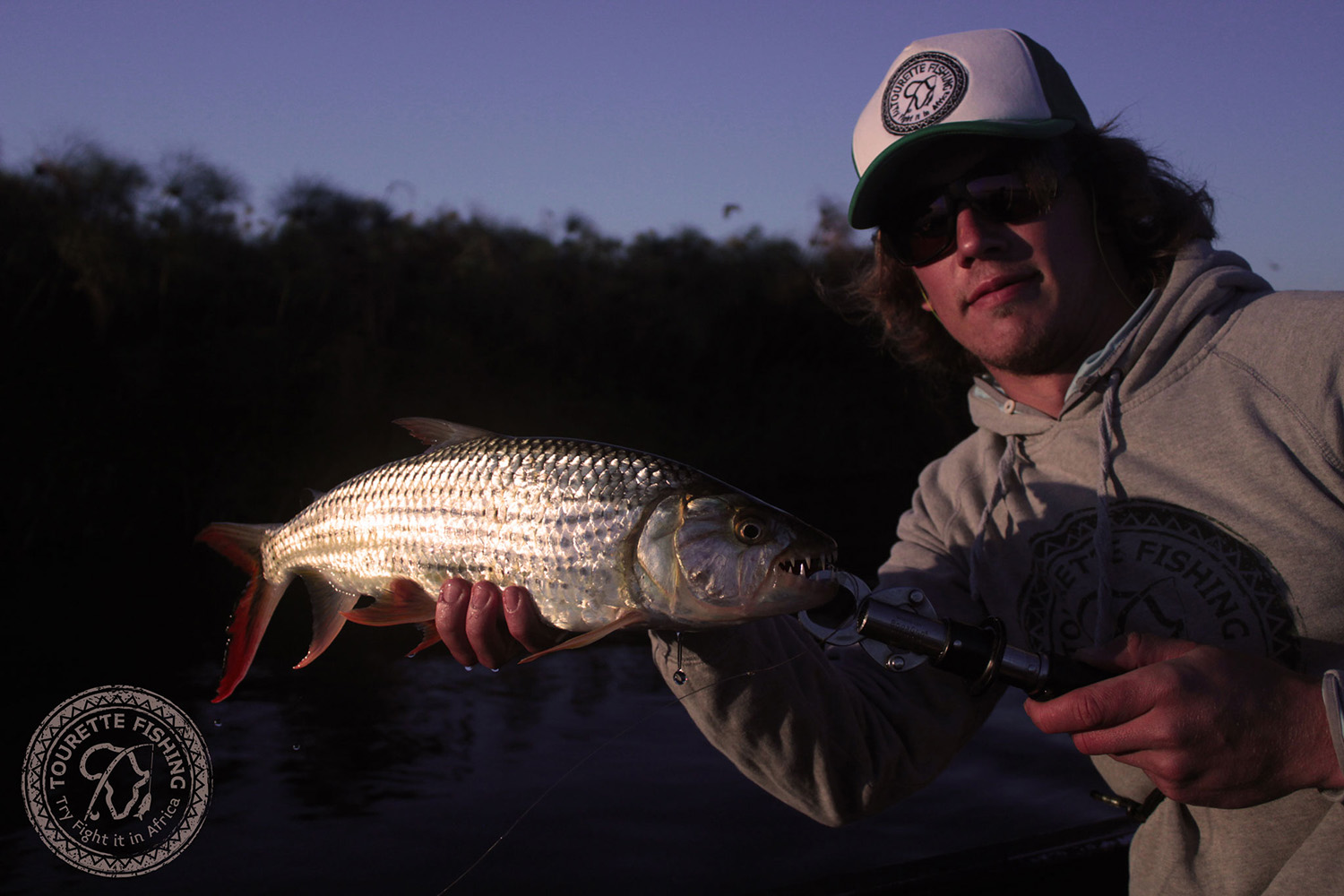 TF Guide Johan with the first tiger of the 2016 season 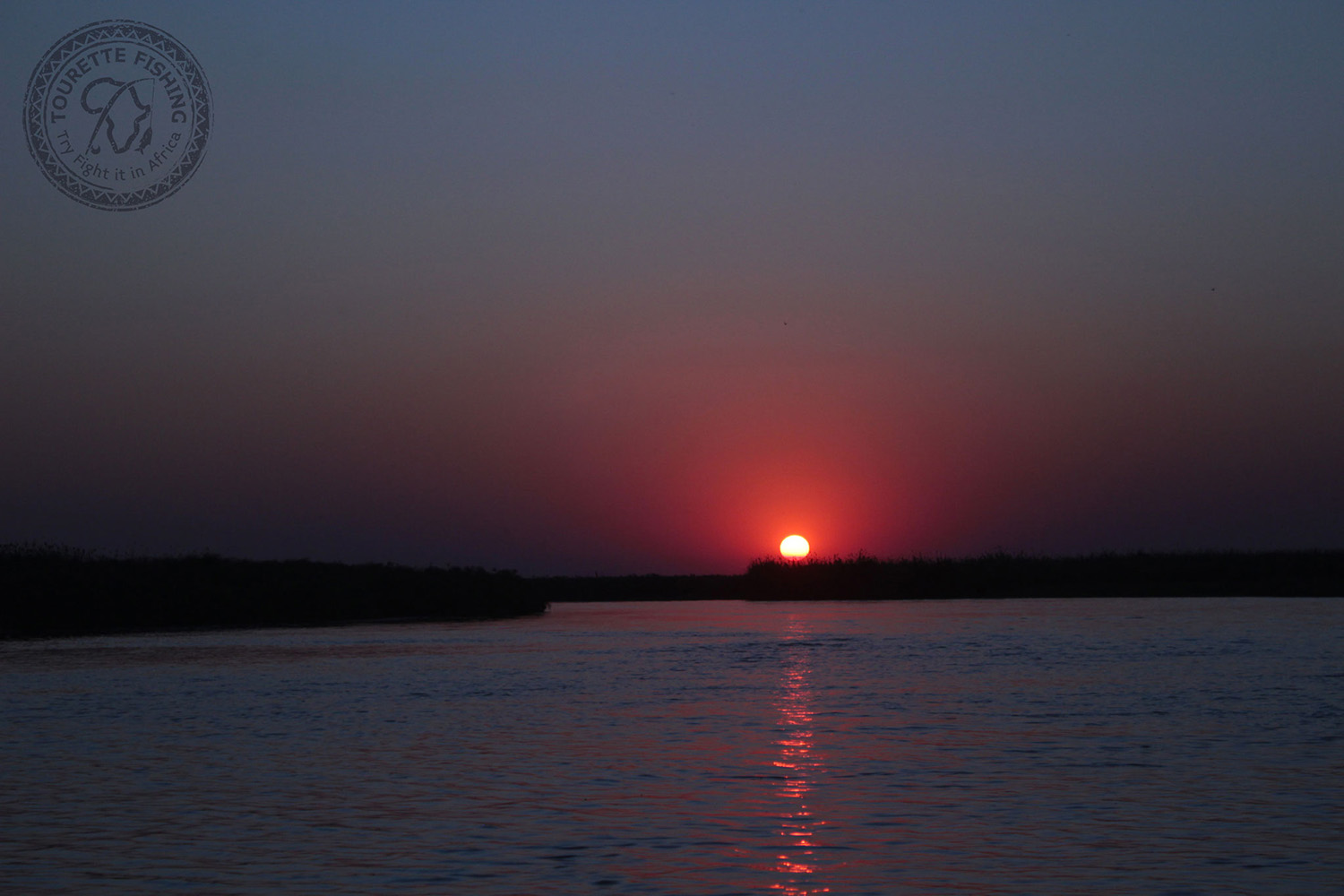