During this past week we were joined by a jolly bunch of Frenchmen, and woman. It was a trip filled with many good laughs, great animal sightings and exciting fishing. Fabrice, an experienced angler who has caught many species around the world, came to Botswana with only one goal in mind; to catch a Nembwe. He couldn’t care if a 15lb Tigerfish swam up to the boat and took a lure out of his tackle box, oh no, this man wanted a Nembwe. His good friend Pierre came along for a fun time, in fact Pierre would be happy with any kind of fish and then there was Chantal. Chantal came to Africa to conquer the mighty Tigerfish on fly, so as you can imagine, there was a pretty interesting dynamic in the group. Lionel was nominated, by me, as the Nembwe-master so Fabrice and Pierre joined his boat while I focussed on getting Tigers for Chantal. Everything was fine except for two little problems; one, it was the wrong season for Nembwe (bream fishing is much better in wintertime) and two, the Nembwe numbers in the Delta are at an all-time low. So Lionel had to pull a hare out of the hat. 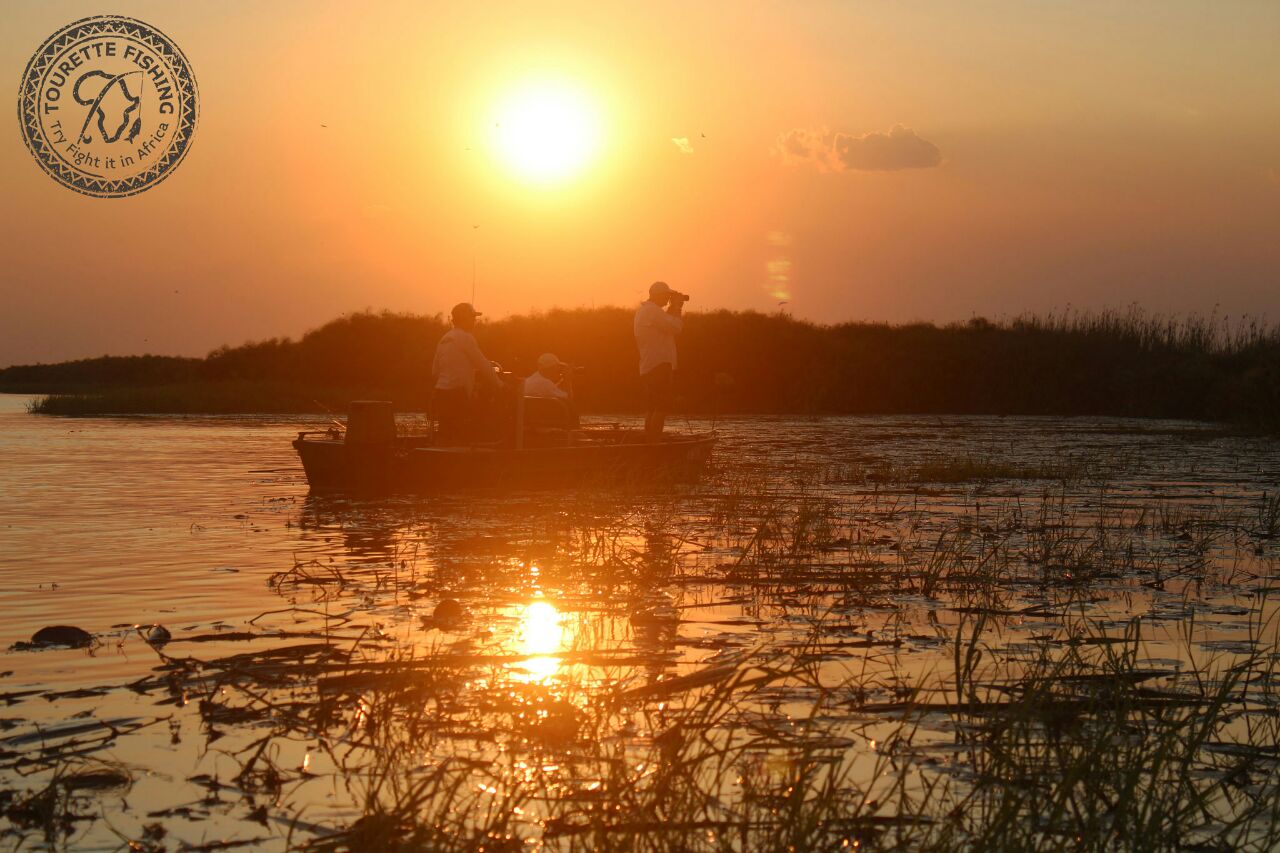 The first day, as usual, was used for reconnaissance. Lionel probed all the inlets and lagoons while I worked down river in search of runs. The traffic on the river was rather intense so we opted to drift the Redcliffs straight where Chantal caught a 12lb catfish to start her trip. Over lunchtime we quickly realised that the ‘Frenchies’ were a very relaxed bunch and they didn’t mind having long siestas in the shade. Lionel and I didn’t mind the leisure time and we made good use of it by catching a few Squeaker-catfish on a hand-line. After a good lunch we made our way back to camp, just in time to deceive a few Tigerfish in last golden light of the day. 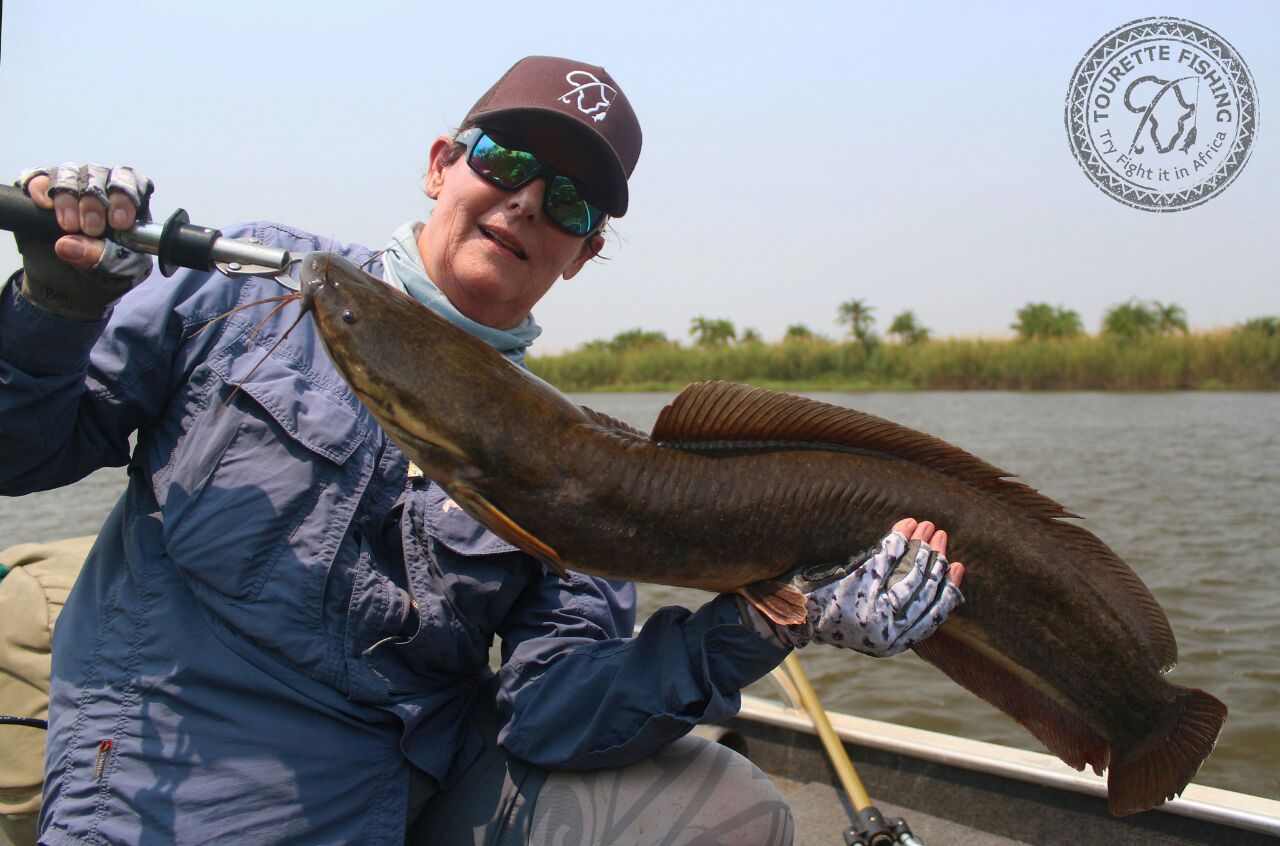 Chantal off the mark with a solid catfish. Although not a highly sought after target, they are incredibly strong, take a fly well, and run like the wind!

Moonlight Island was on the agenda for the second day. A solid run was making its way up on either side of the river. It was a ‘fiesta’, as Chantal would say, and the lady caught more than her fair share of fish that day. Despite the good run the Nembwe still eluded Fabrice, but the ‘good capitan’ Lionel was not giving up the chase. 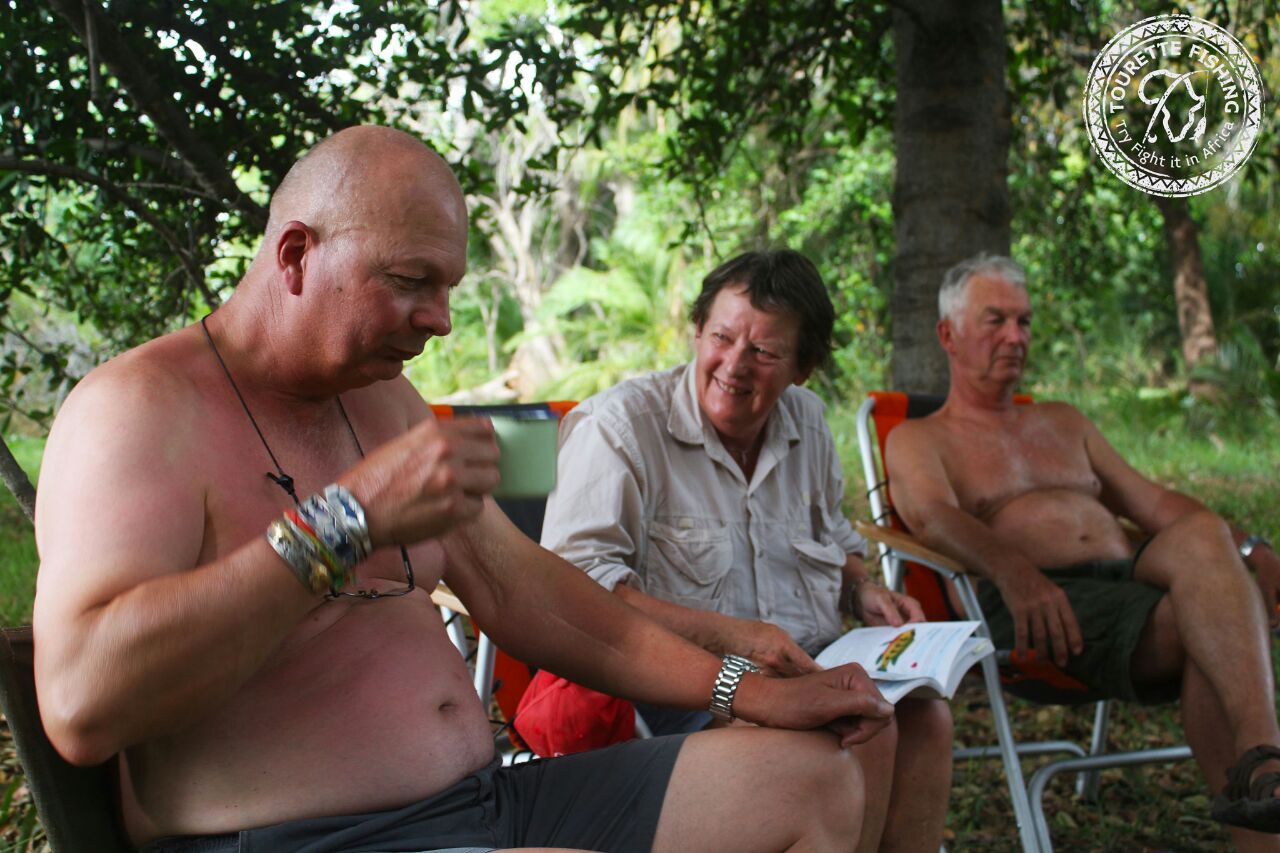 Day three, the safari day. When visiting the Delta there is much more to the experience than just catching fish, it is an African wilderness that will leave you in awe. We headed far up-river, past Shakawe up to the Namibian border. Chantal was very keen to see the elephants and was rewarded with a pair of bulls feeding right on the side of the bank. To sweeten the deal, we saw a plethora of birds, including eight breeding pairs of African Skimmers on one sandbank. We saw massive herds of cattle on the floodplains, had close encounters with hippos and met some local fishermen who shared their fishing secrets with us. It was another stunning day in the African wilderness. 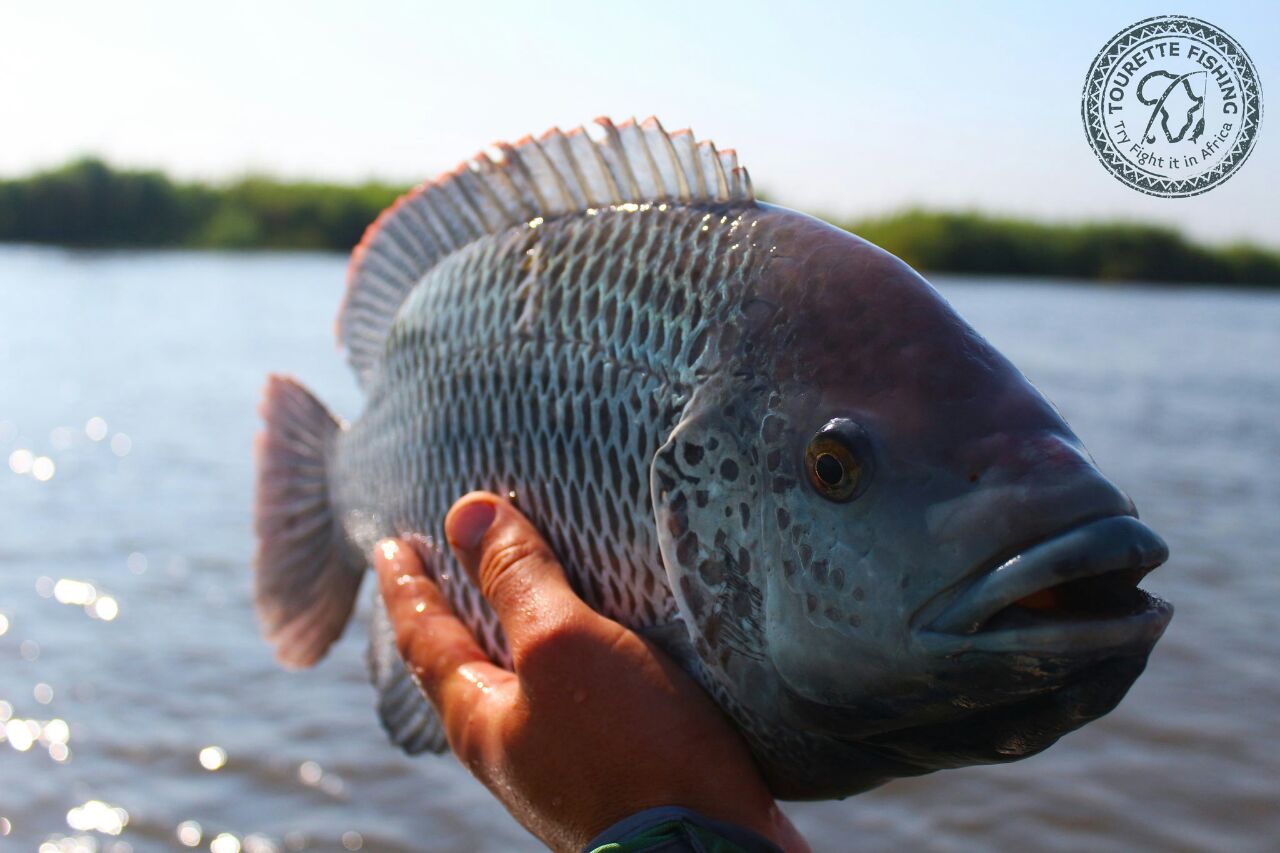 A beautiful Three spot bream for Chantal on the fly

Not all days are perfect, in fact some days are just tough. The fourth day was just such a day. The wind was howling and the drop in the barometric pressure was clear. Between all the boats on the river that day only a hand-full of fish were caught. The struggle was real so we resorted to a long lunch and siesta in the hope that the wind would pass. Thank goodness for good food and shade! 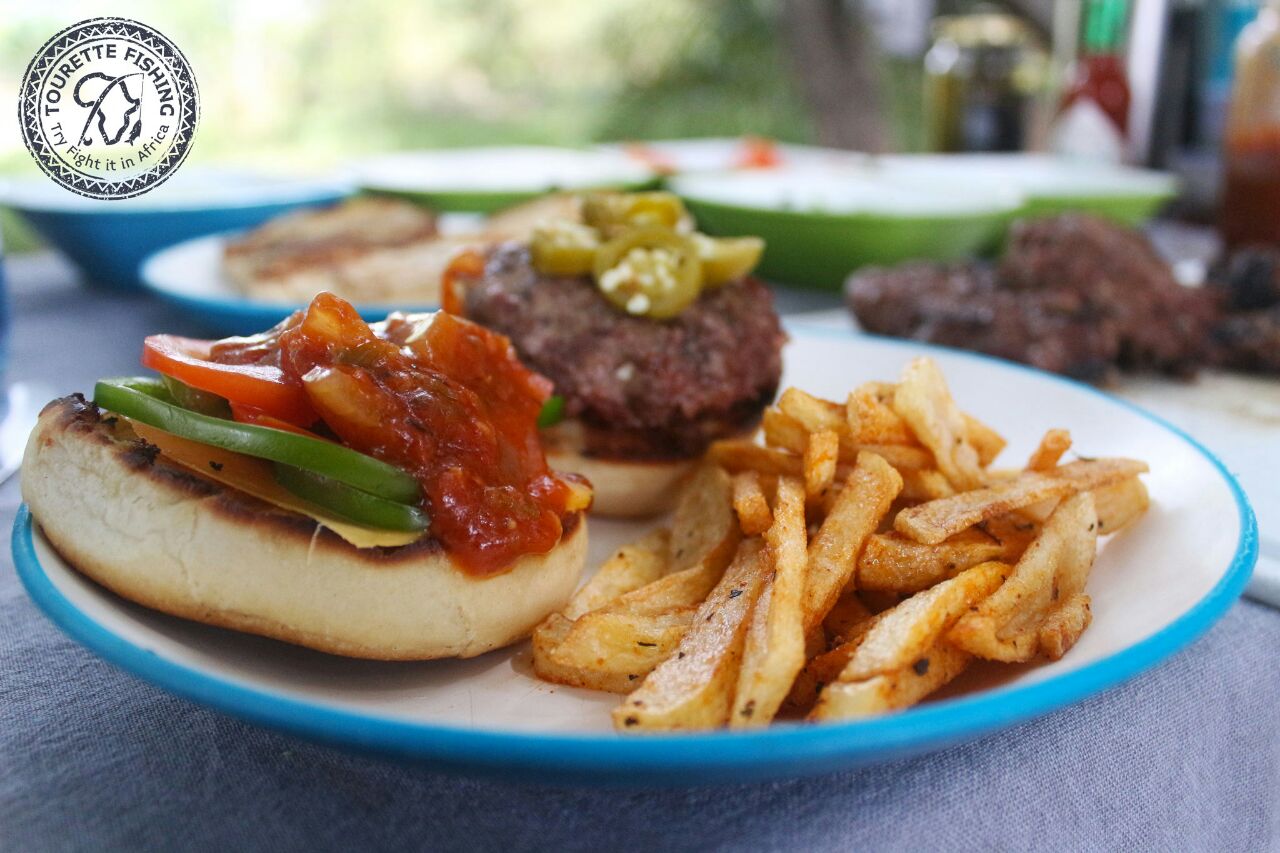 The famous Tourette Fishing gourmet guides burgers. Home made buns and beef burgers, grilled on the fire on the river banks.

The tough days on the river always make the good days so much sweeter, and oh boy did we have a sweet session on the fifth day. The bream-boys went down river to fish a lagoon where there was a big run the night before while Chantal and I parked only a few hundred meters below Xaro Lodge. At first it looked like a small run with only a few catfish whirling around, but after a few minutes it turned into a raging run that moved through the papyrus like a hurricane. The tigers also came to the party and it wasn’t long before Chantal’s rod was in a deep bend. We all love double-ups, right? Well, Chantal managed a double-up all by herself; while I was reviving the Tiger that she just caught another took her fly on the very next cast. Off course we couldn’t resist the temptation to take a double-up photo and released both fish soon after. Fabrice also did well by landing a 24lb Catfish on a lure that day. We enjoyed home-made gourmet burgers on Motsoabe Island while we waited for the midday heat to break. A few clouds rolled in that evening and we were blessed with a picturesque sunset and a fish or two. 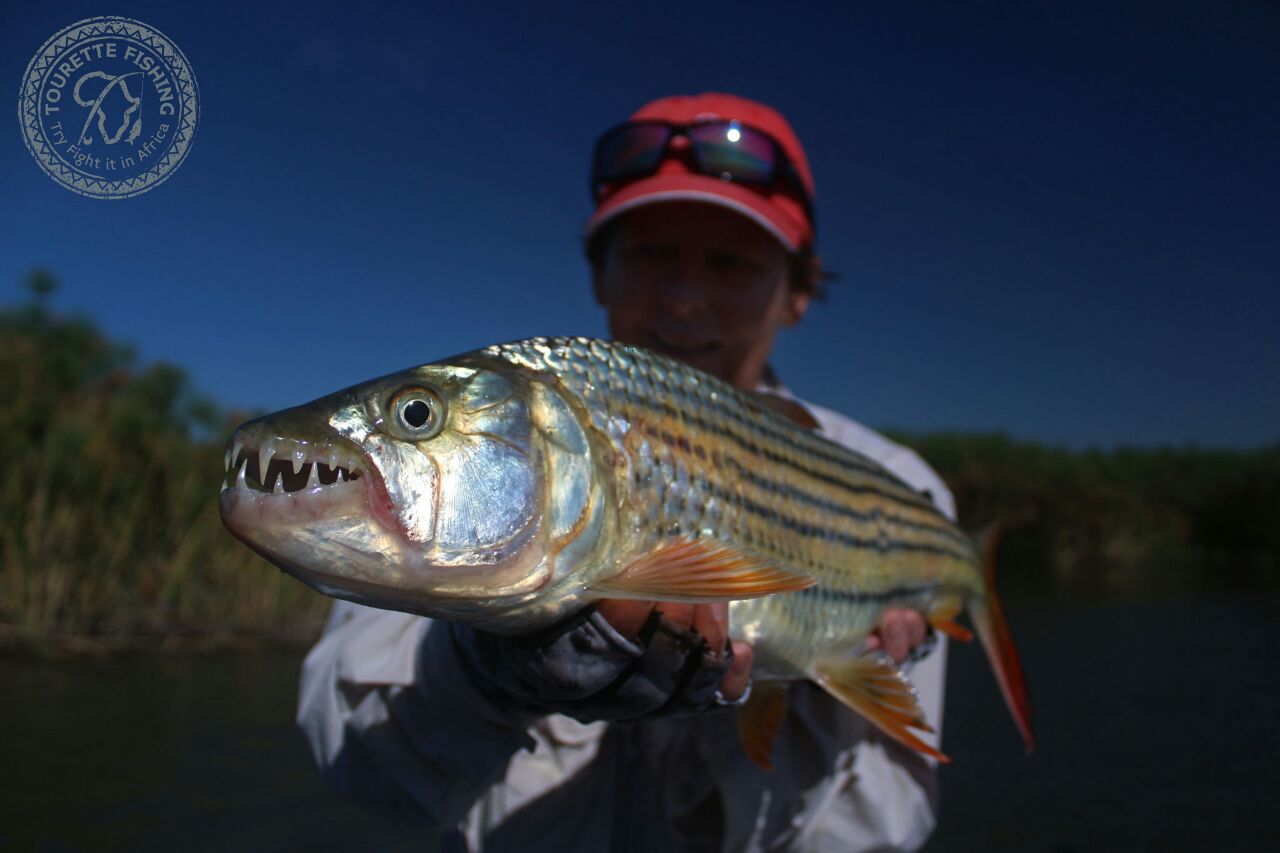 Tigerfish Time on the Okavango River

There is always a bit on performance anxiety on the last day. The fear of not ending on a high note is very real. Luckily for us the last day was an absolute high point. The ‘bream team’ finally caught a bream; it wasn’t the highly sought after Nembwe but its cousin. Pierre placed his lure right in the honey-hole a pulled out a slab of a Thin-face Bream. It was a good compromise and the guys were more than excited. Chantal also had a stroke of luck and caught a 4lb Three-spot Bream on the fly that same morning. From there things went quiet right until the sun was about to duck under the horizon. The bottom end of the Kalatogho channel lit up like a Christmas tree. Chantal had a blinder of a session and in the two hours that we were anchored up she was catching and releasing tigers nonstop. A really phenomenal session. 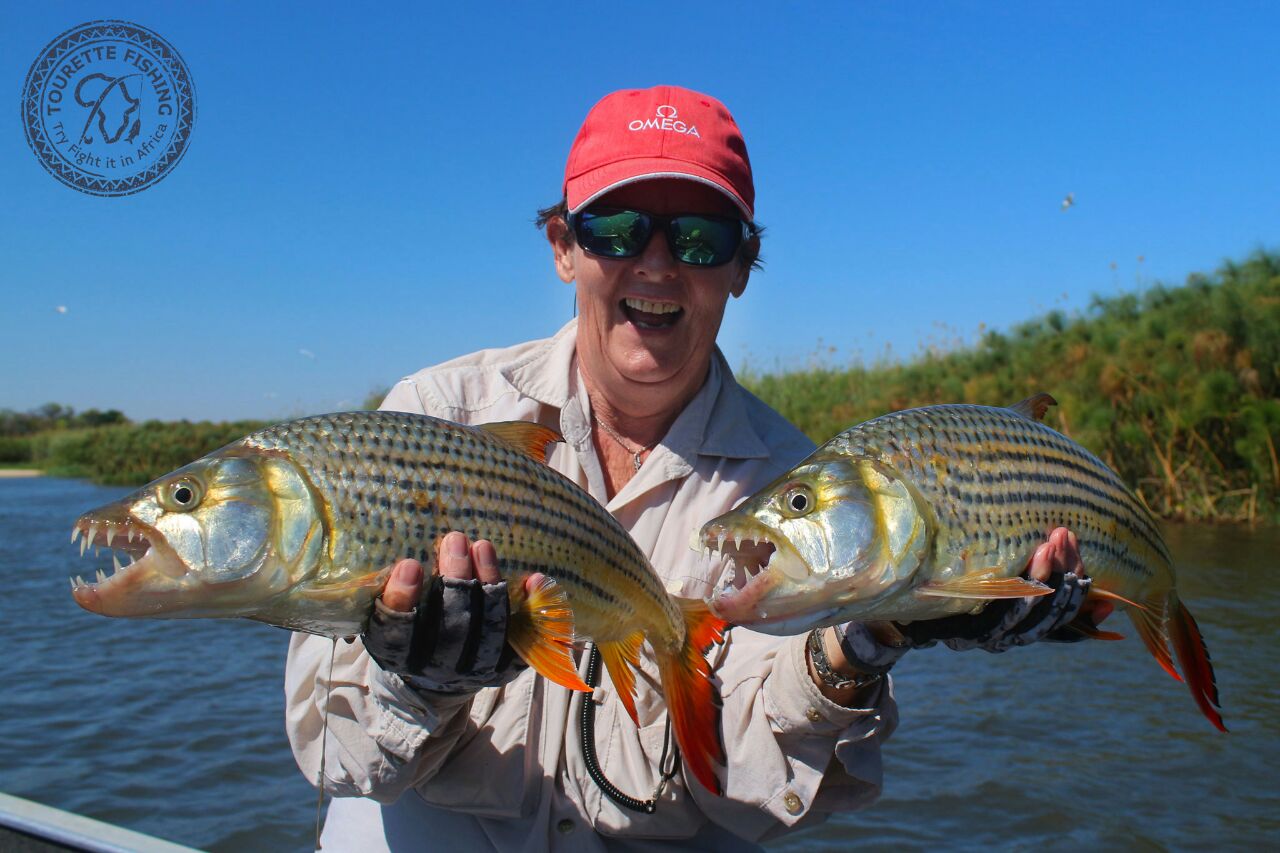 Against the odds and despite the tougher fishing conditions this season, our guests had a fantastic trip. Unfortunately, the Nembwe still eluded Fabrice, but he will be back with a vengeance. All-in-all it was very successful adventure and we look forward too many more. 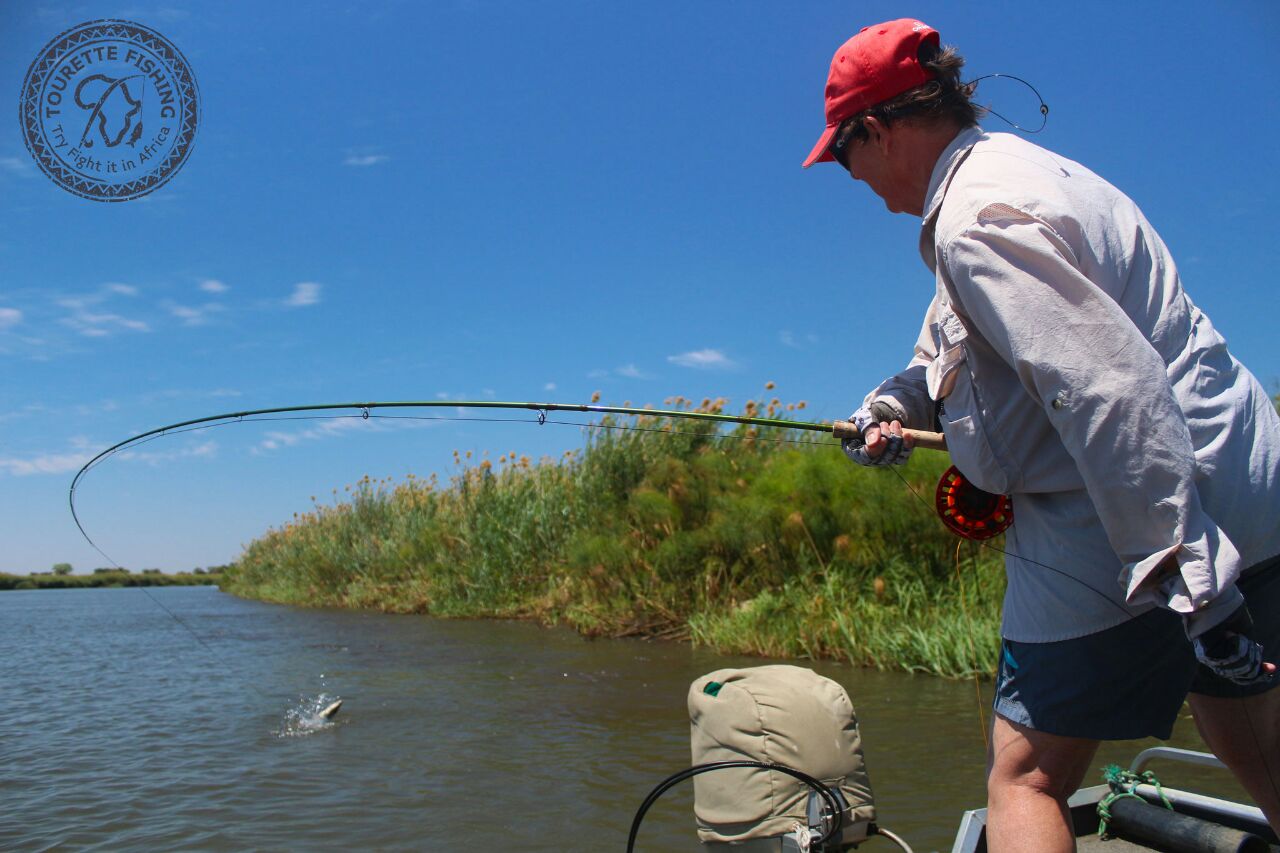 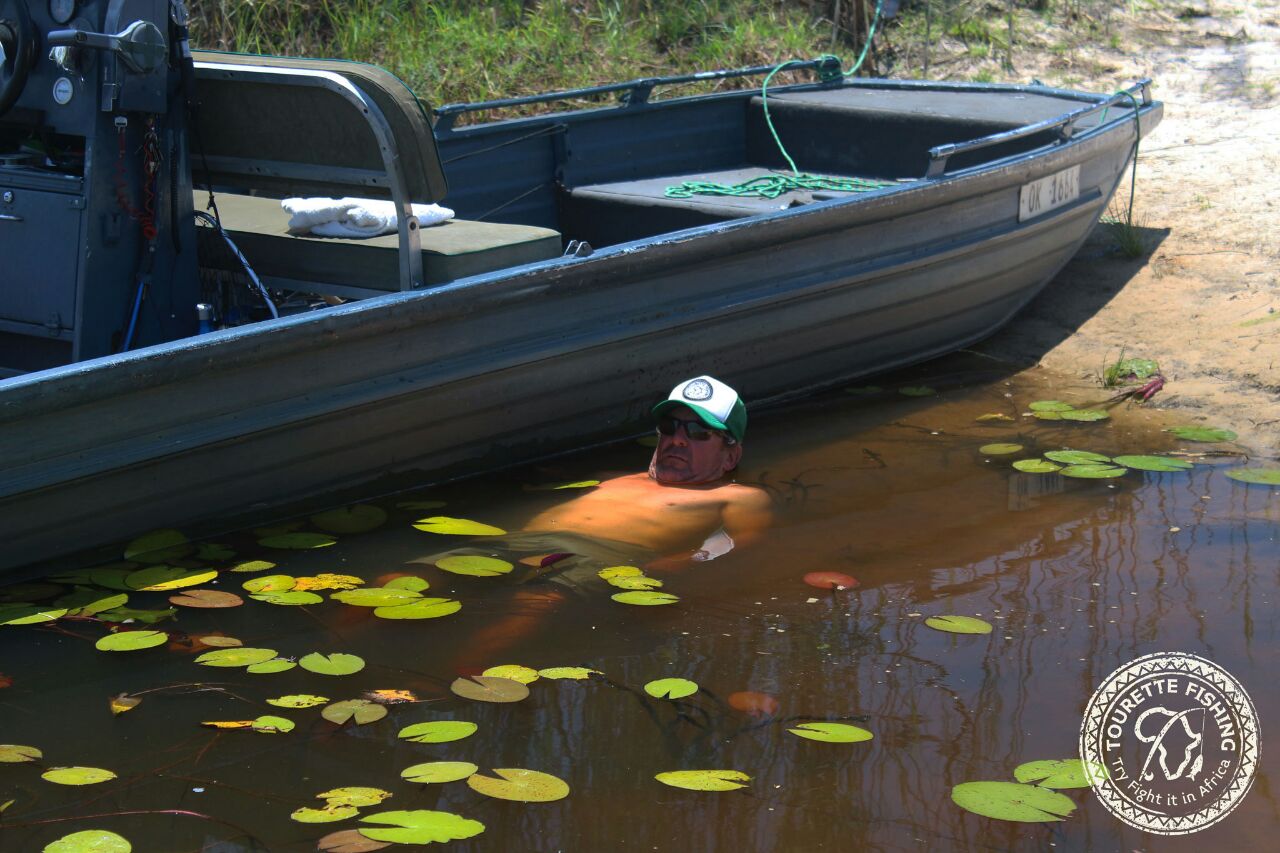 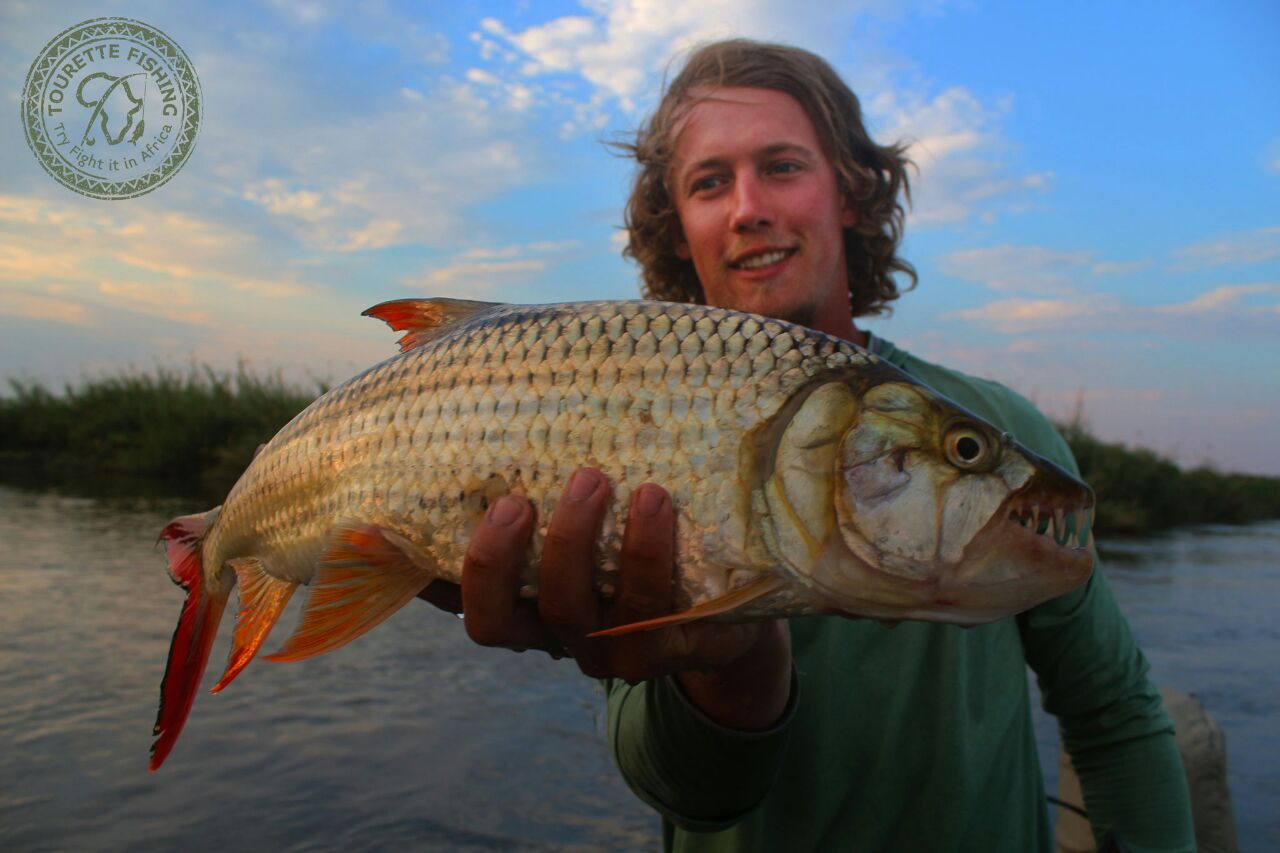