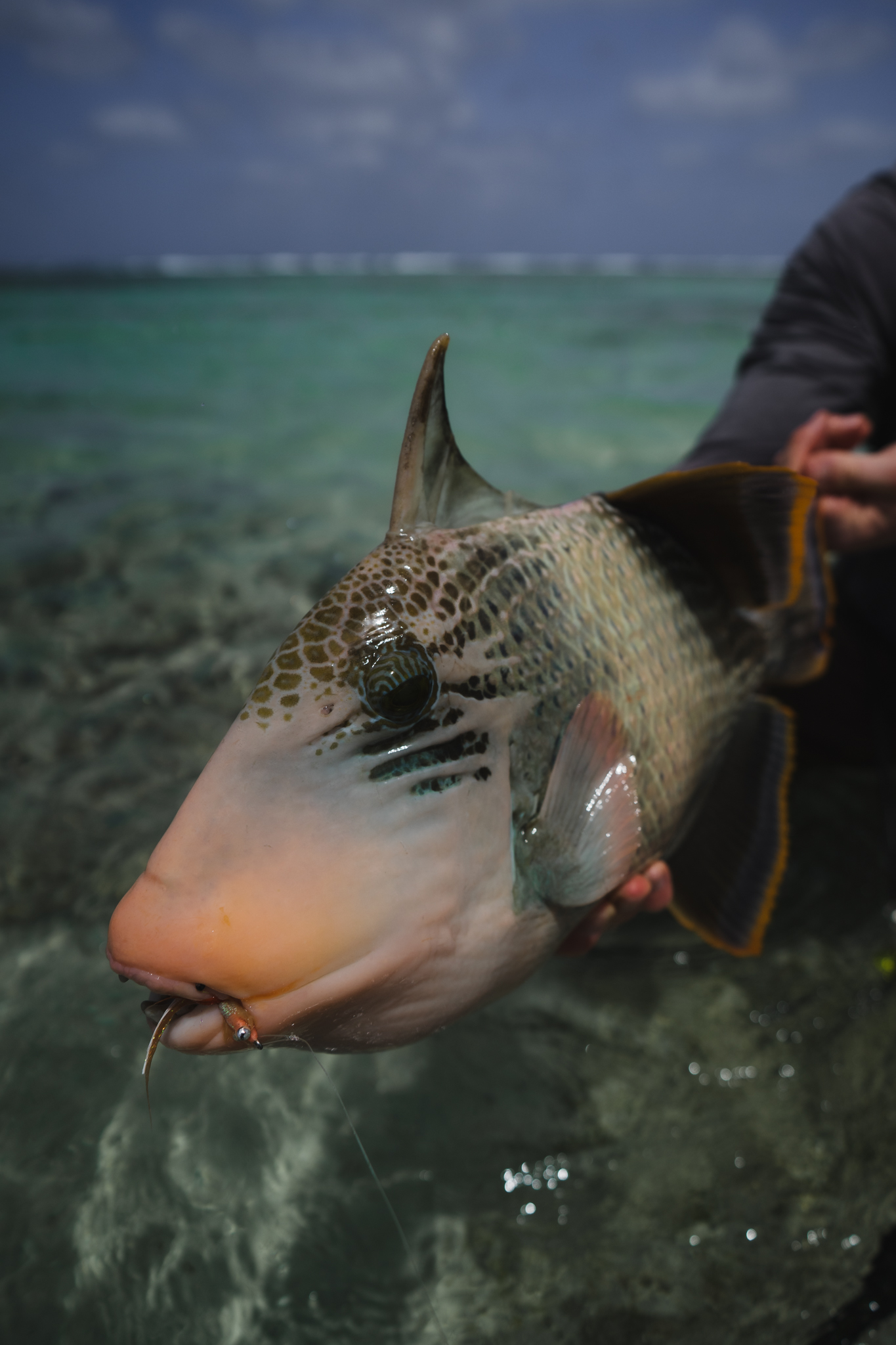 The wind has been relentless the last two weeks, and it did not look like it was planning on slowing down for the third week of the 2022 season in the Deep South. We were holding thumbs that it would give us a break, but to no avail. None the less, we headed out early on the morning of the 5th, in search of some hungry fish. Our week’s itinerary also included a new island we have been keen on fishing for a while now.

The weather made the going quite tough. With Suez Canal situated in the north of the Red Sea, and the Gulf of Aden in South creating a bottle neck effect on water movements in and out of the Red Sea, resulting in the wind being a bigger factor on tidal movement than the actual Red Sea currents and moon phase itself. So the strong winds left us with very highwaters around the smaller islands, especially the new island, making a lot of the flats just to deep for triggers. All was not lost however. We focused on some of the deeper channels around the flats and managed some really nice coral trout, as well as having some shots at some bigger GT’s. Mark & John also landed some really nice bohar snapper before making our way down to the rest of the Islands on our week’s itinerary. 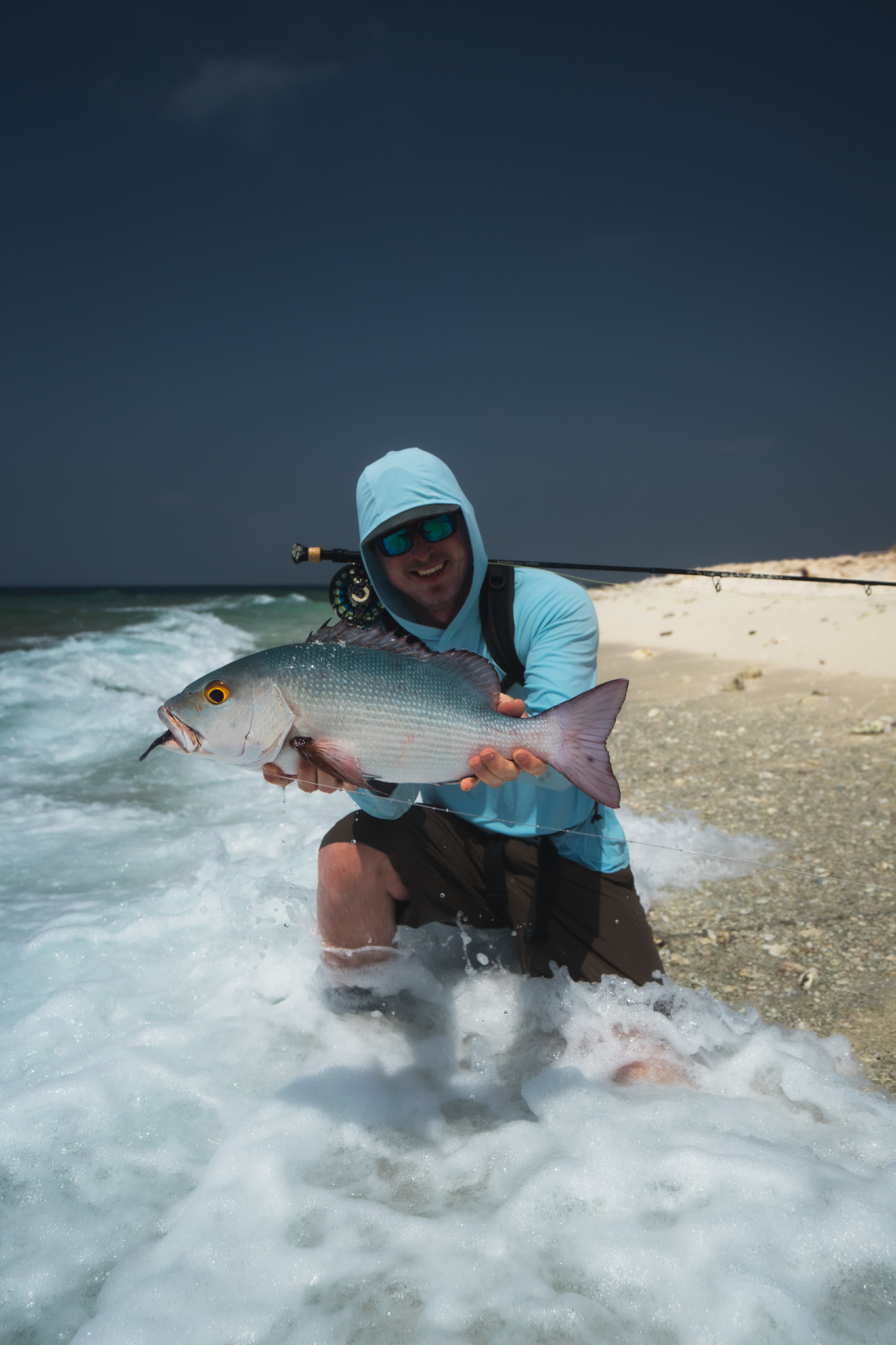 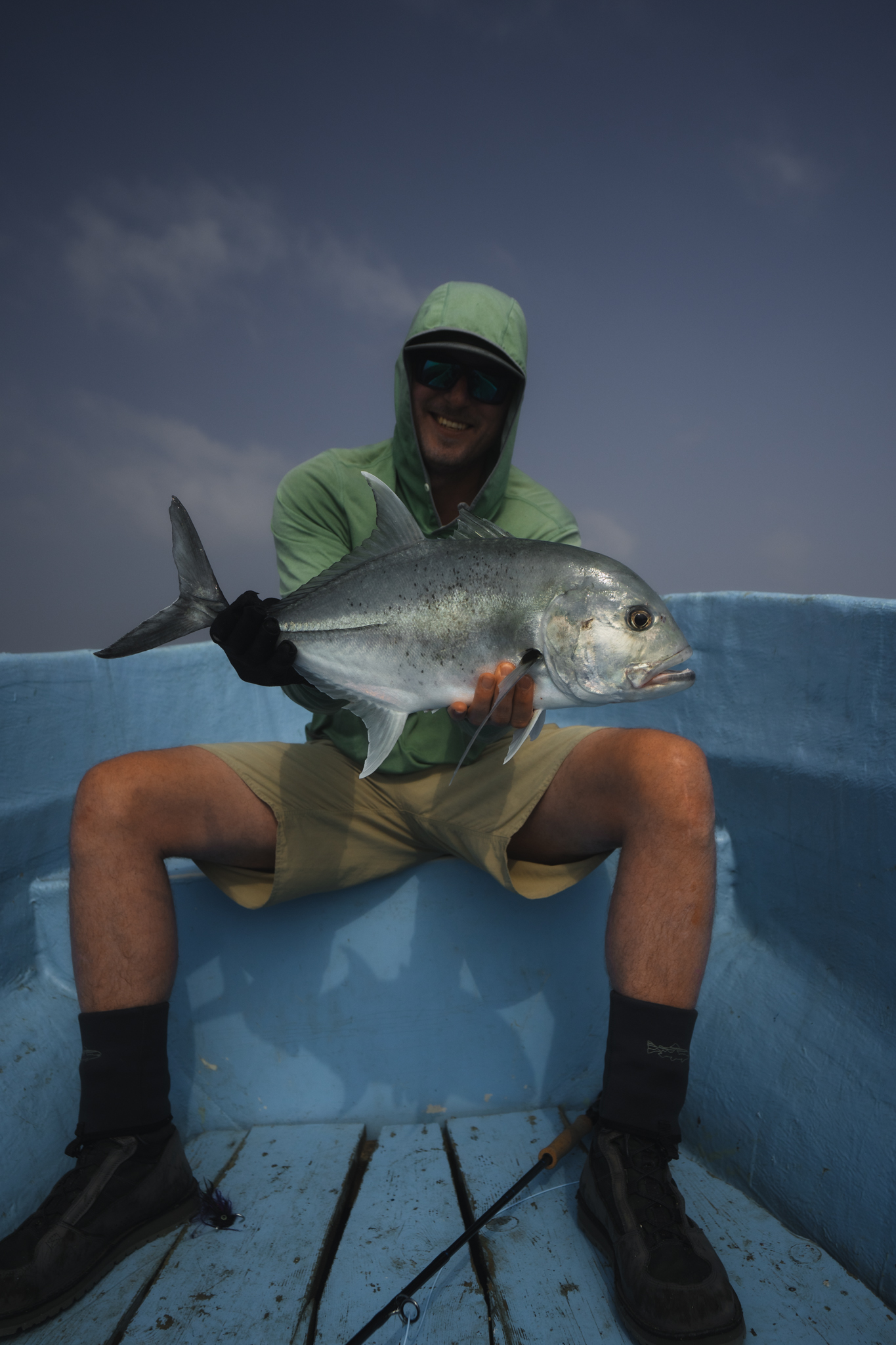 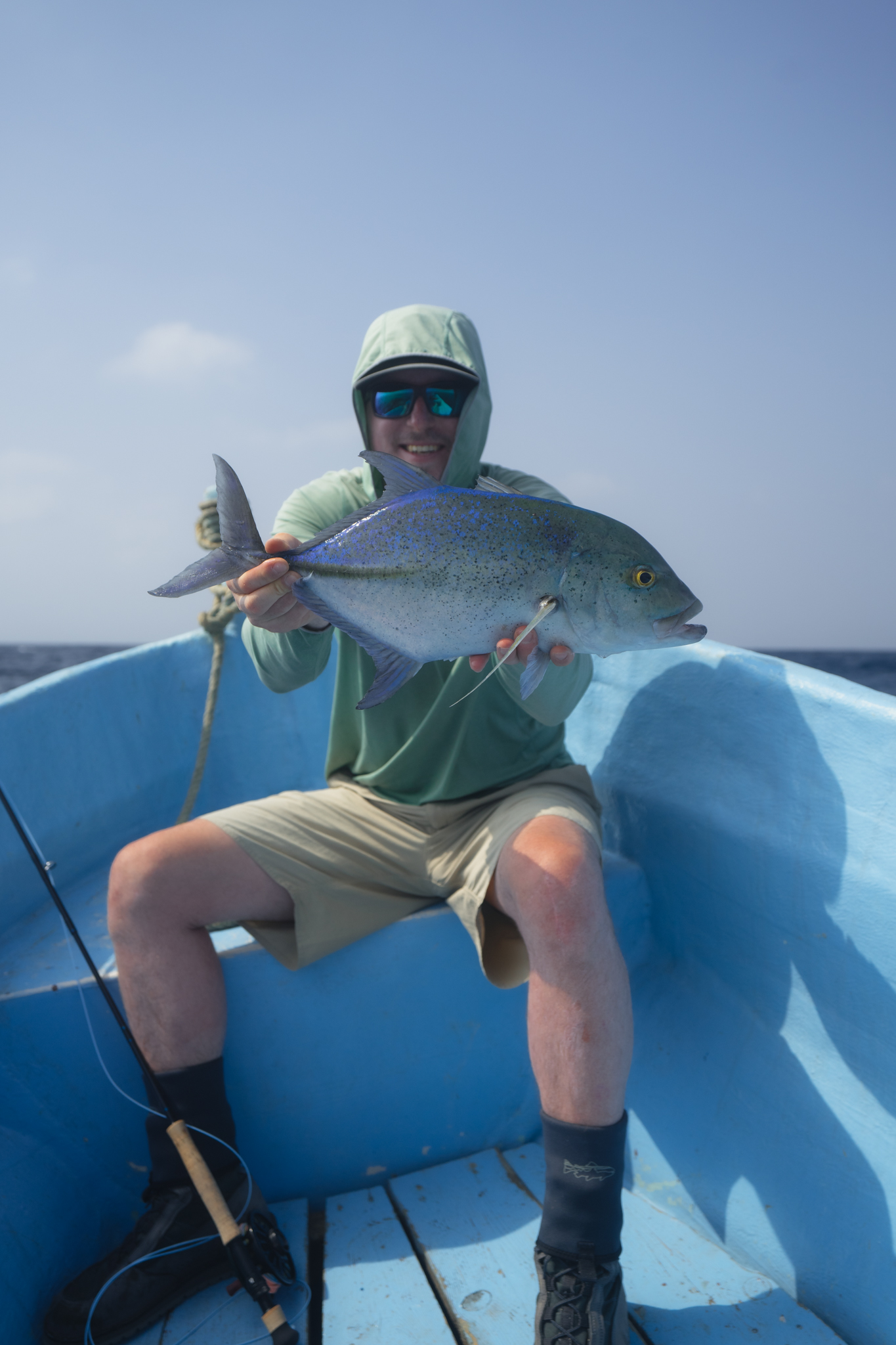 The wind continued to plague us for the remainder of the week, and made conditions far from ideal. We focused our days efforts walking all the sheltered bays and shallow flats with great success however.

We found countless numbers of bluefin in these areas, with some really hefty ones making it to the net. They are so much fun to sight fish, and makes the day really exciting when you have these jet blue speedsters racing towards your flies in-between looking for triggers and gt’s. A few of the guests had never caught saltwater fish before, so seeing the excitement on their faces every time they would come across either a tailing trigger, or presenting quickly to a fast moving trevally was priceless!

The guys worked hard and despite the challenging conditions, ended their trip with an array of species that included triggers, both yellow margin and titans, bohar snapper, bluefin trevally, coral trout, a host of smaller fry, and of course the famed giant trevally.

All in all we had a fantastic week and we are excited to see what the next couple weeks will hold for us. 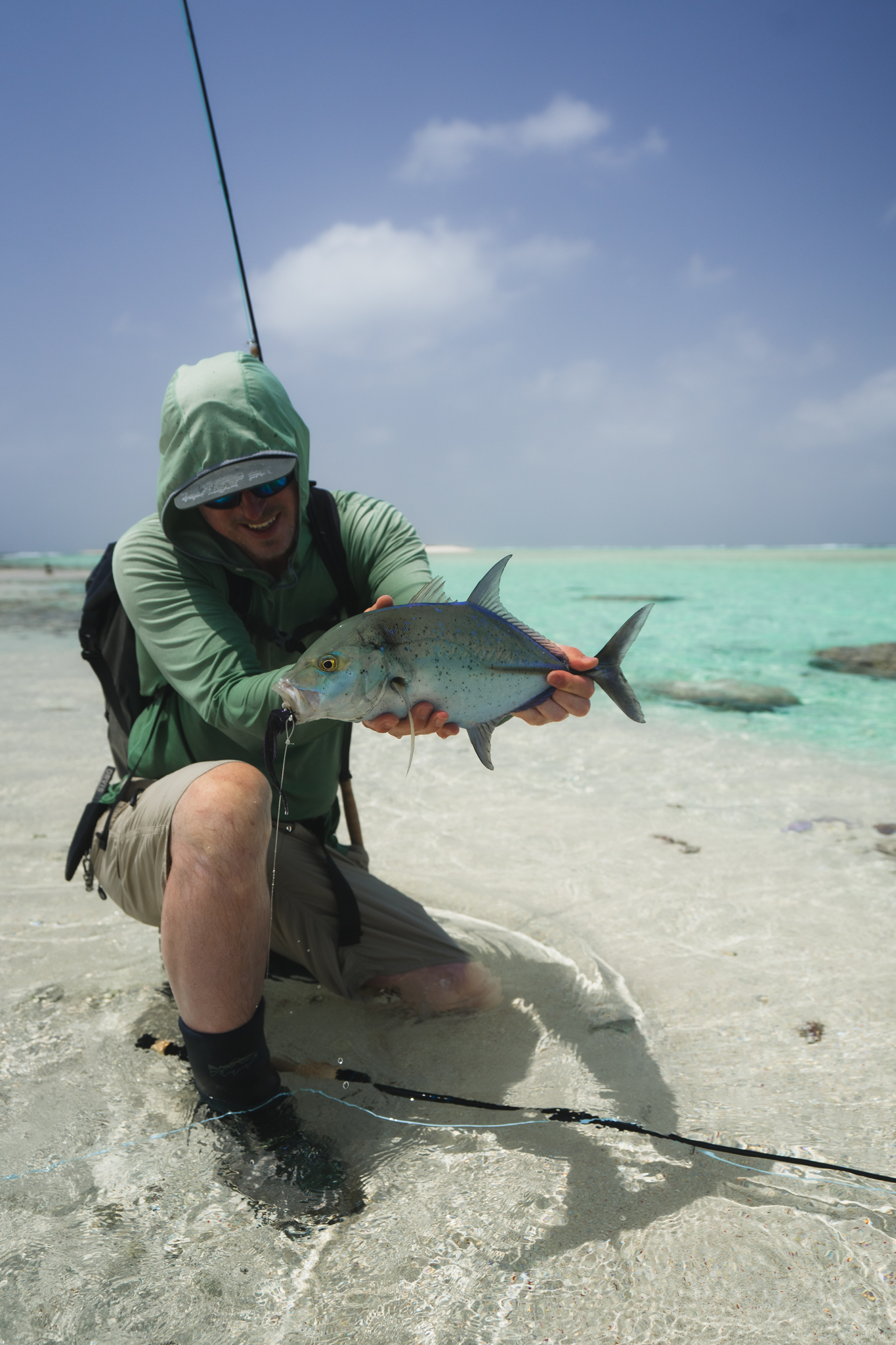 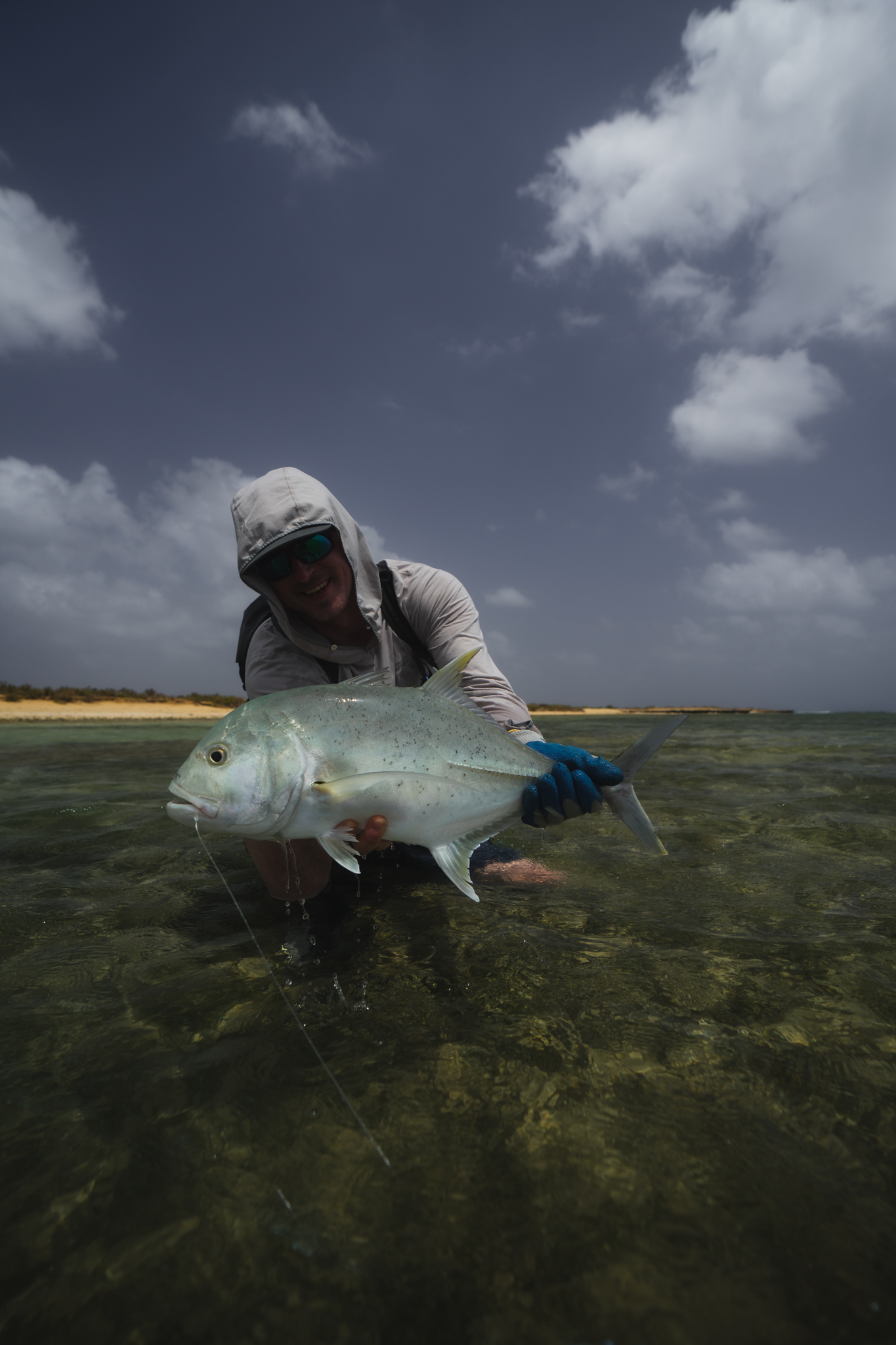 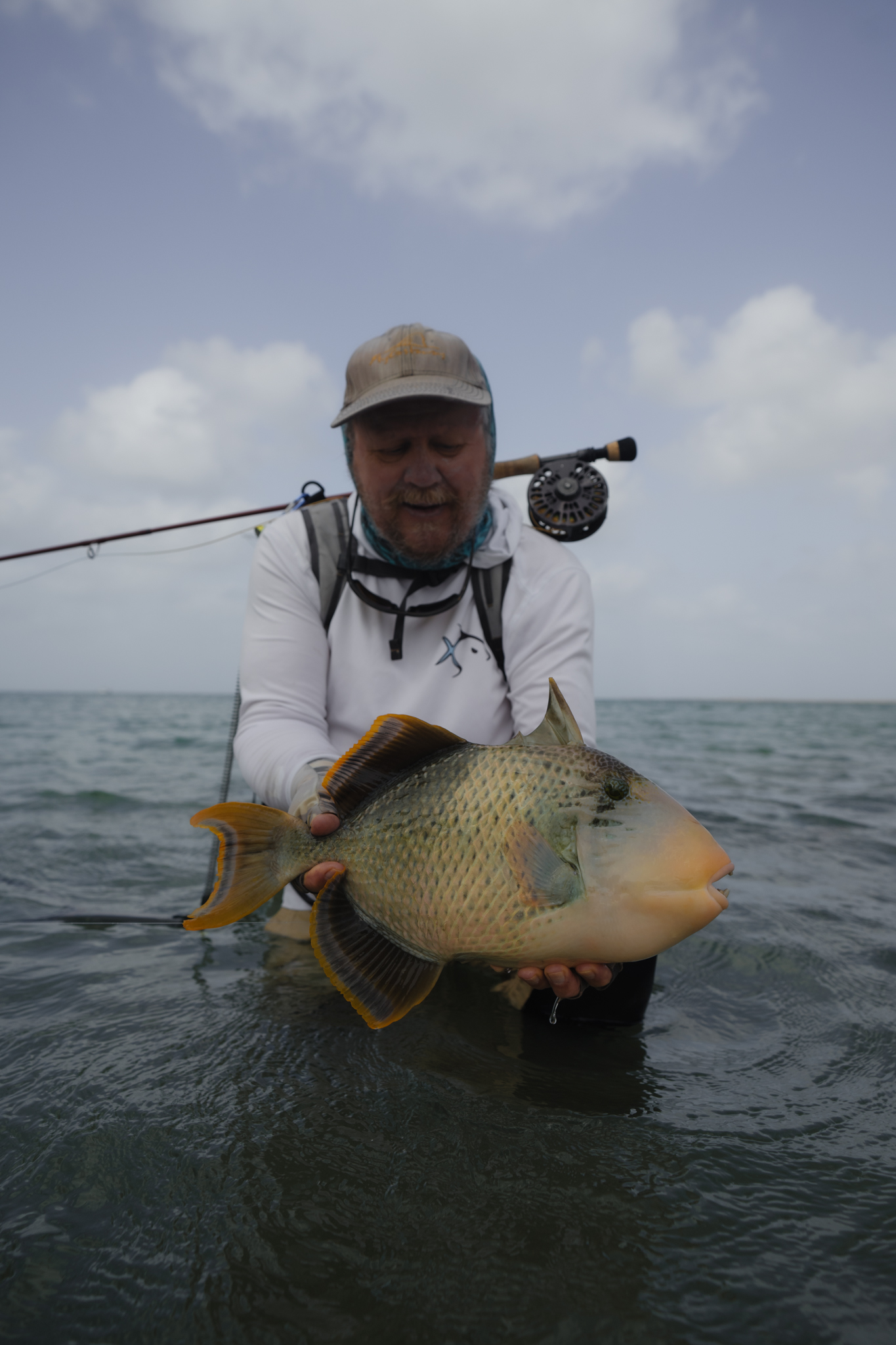 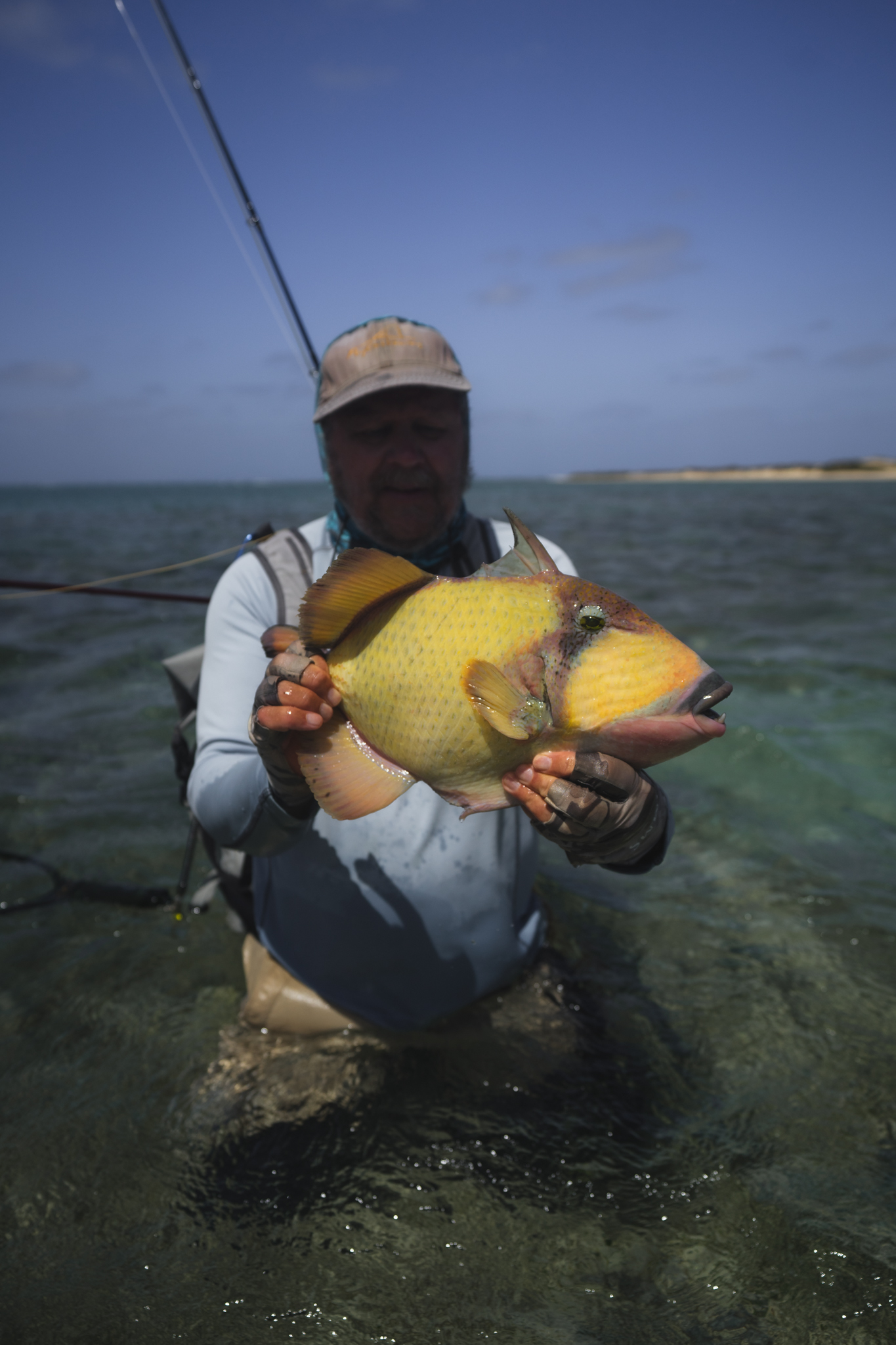 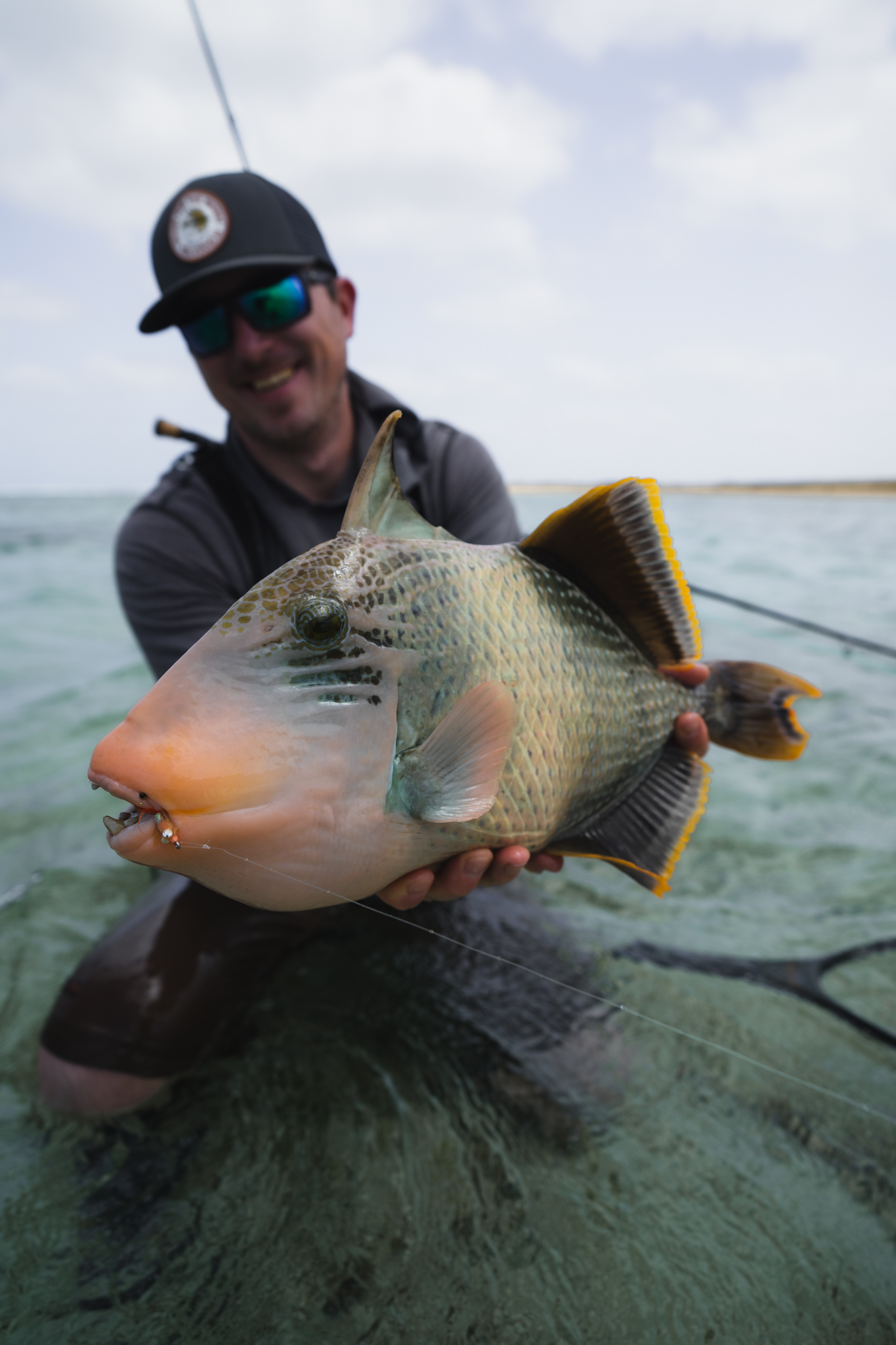 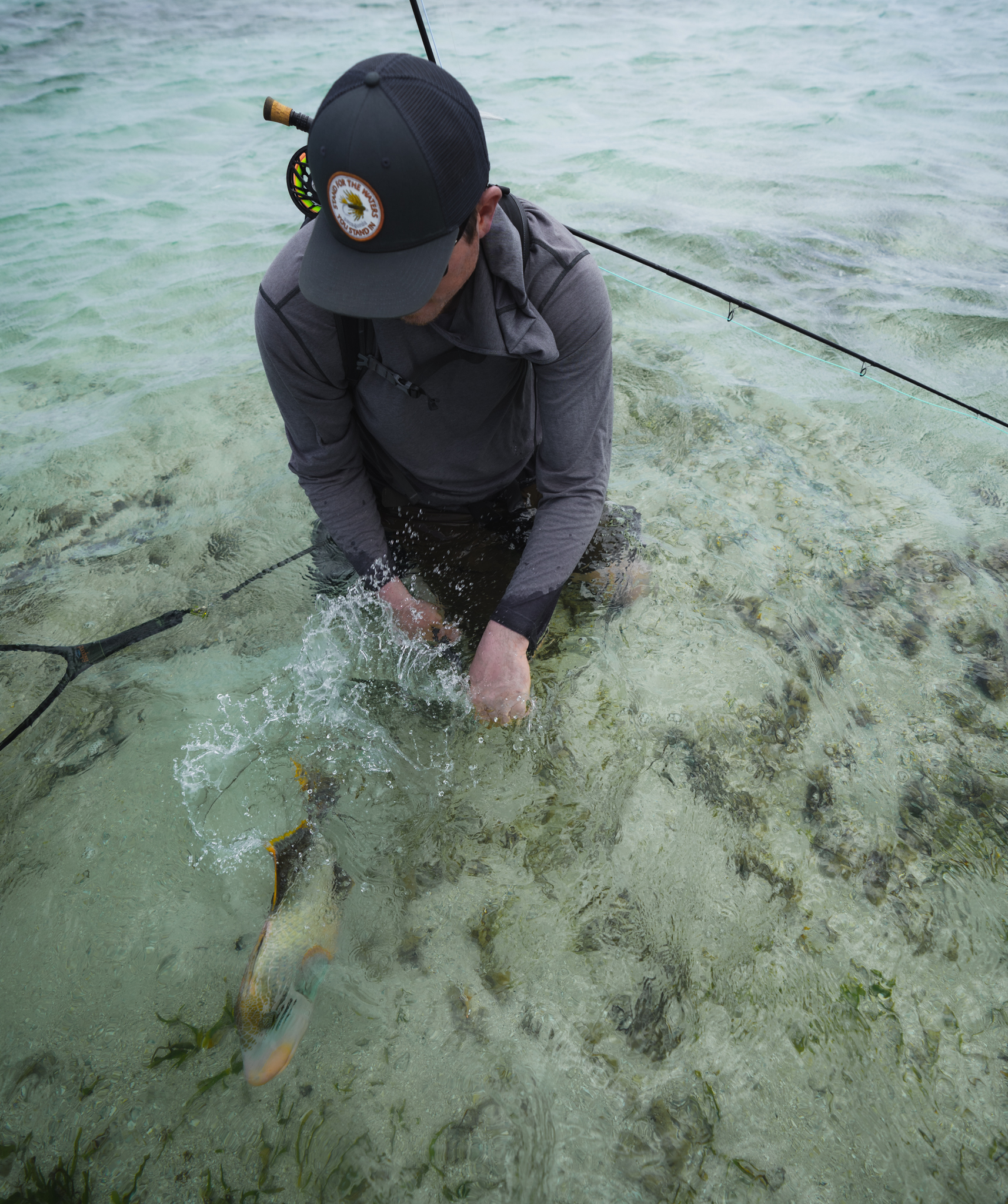 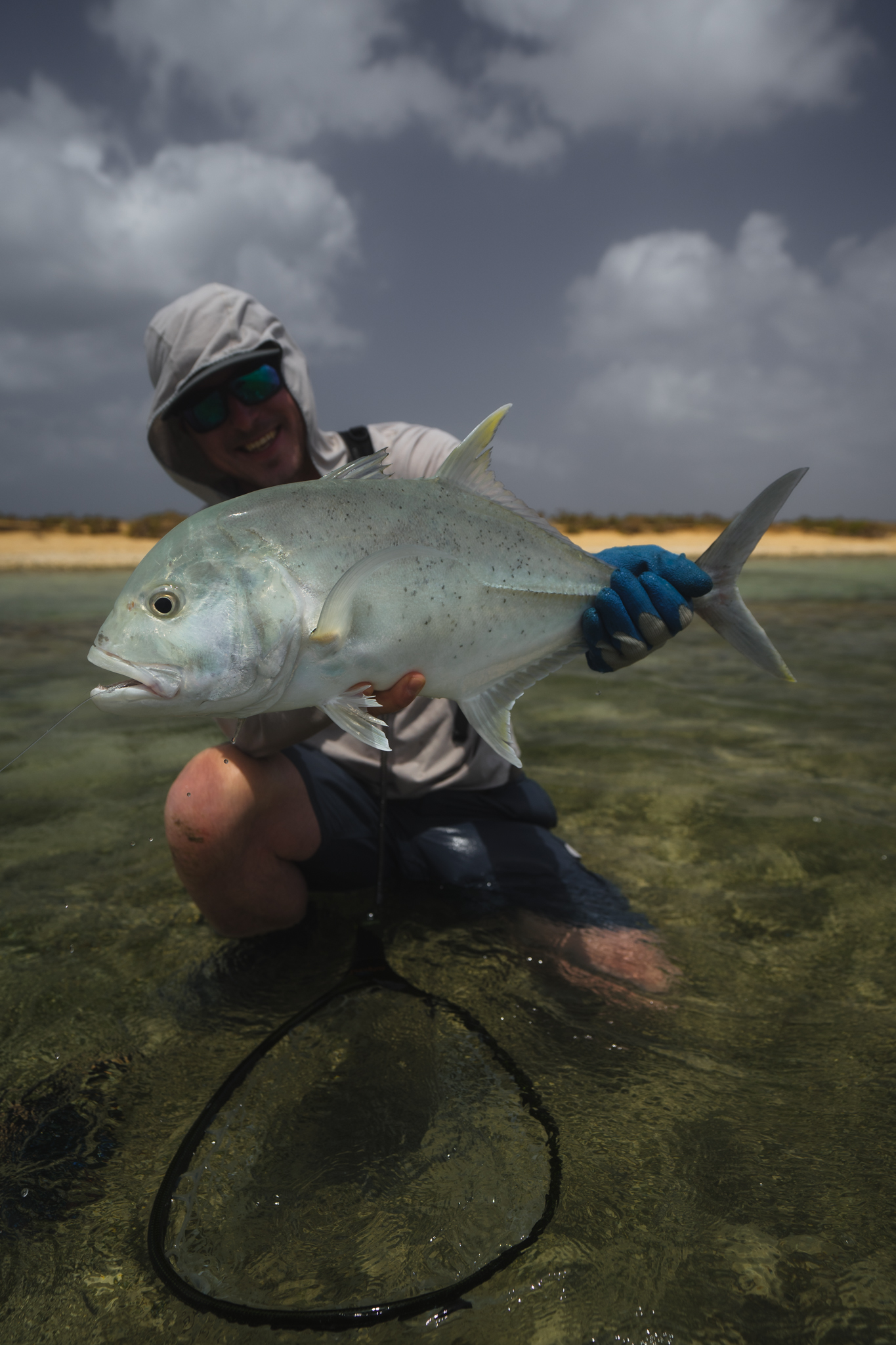 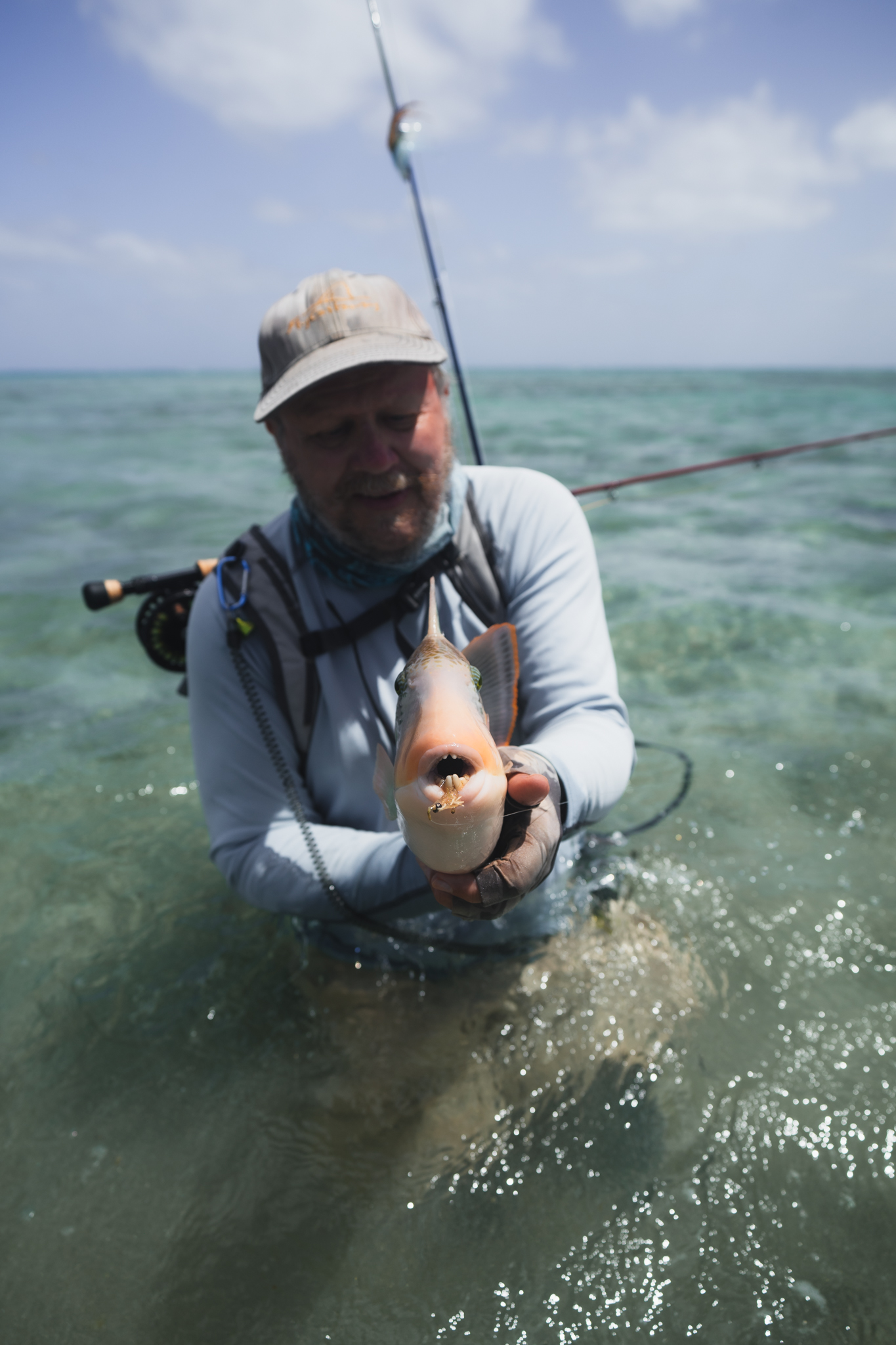 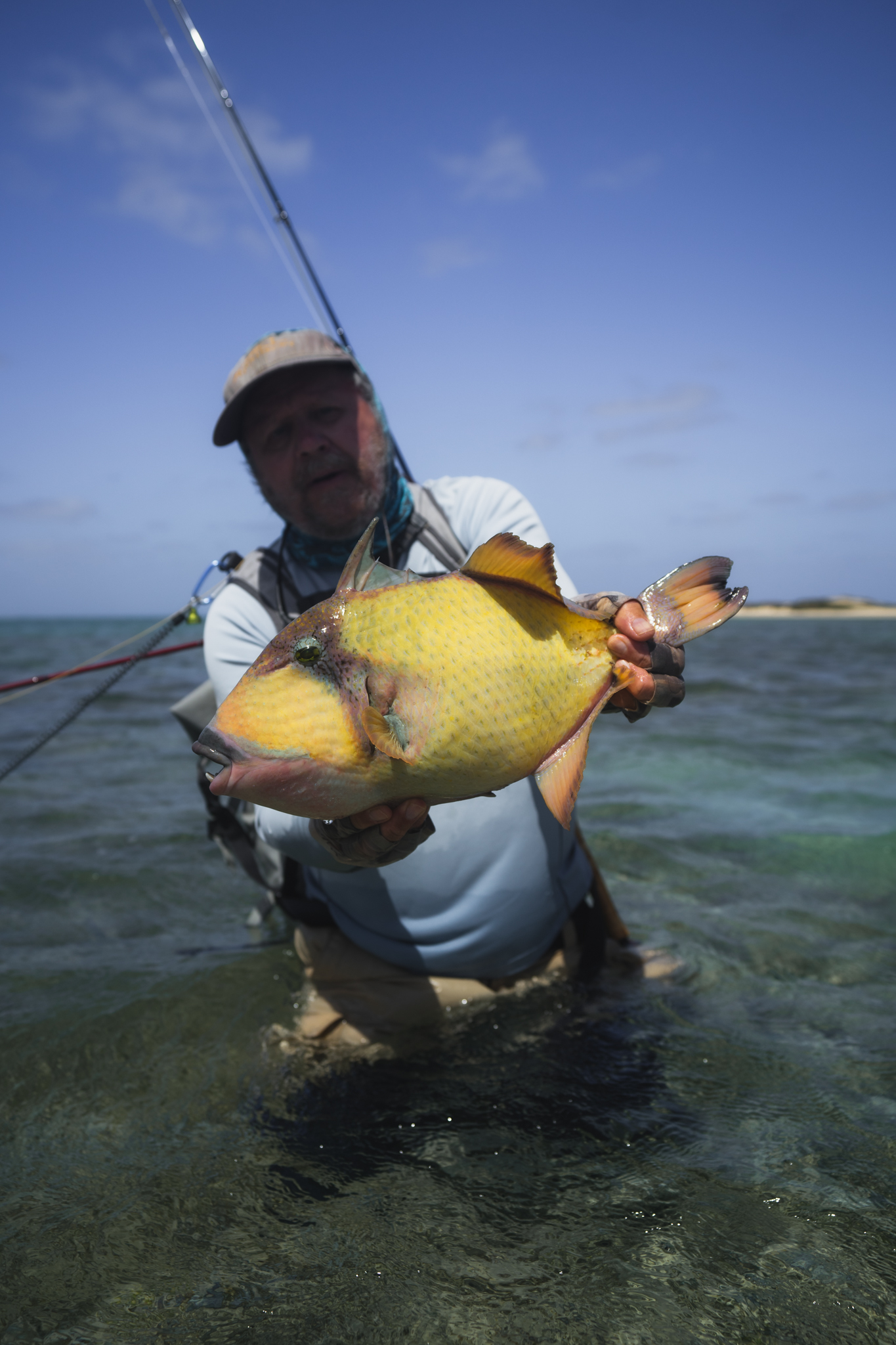