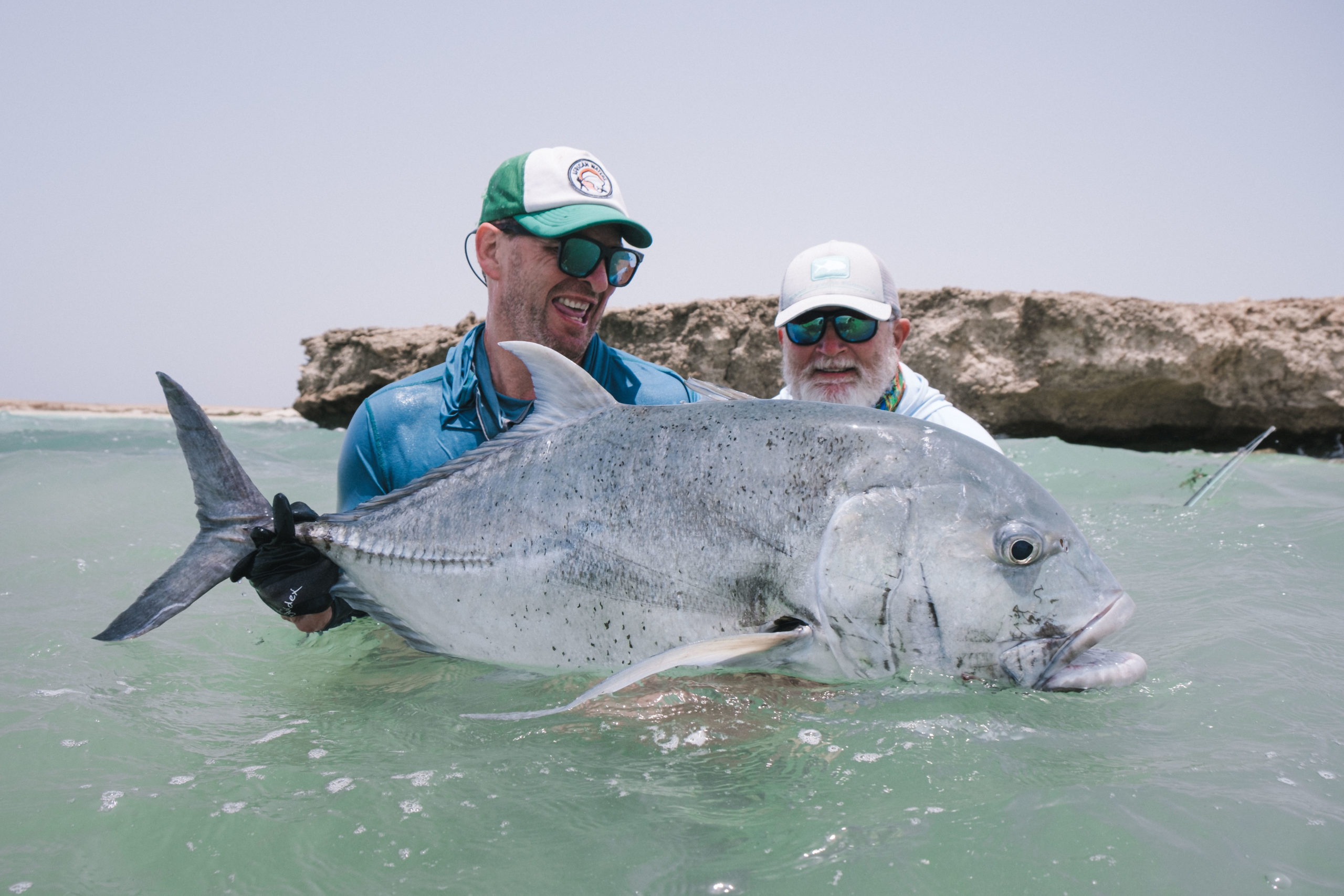 The 2021 season on the Nubian Flats has been one to remember for a number of reasons. Being able to operate a smooth season, post pandemic, has given us the confirmation that our plans for the Nubian Flats in the future are on course and are something to be very excited about.

The last trip of the Nubian Flats season was in the north. We were joined by Claudiu, Robert and Paul. All travelling from the States, and none of whom we have ever had the pleasure of fishing with before. Before I get into the actual trip it would be pertinent to point out that these three guests were the epitome of guests that arrive with the right attitude towards the trip.  The reality is that although we caught great fish – it was tough fishing. Despite this, the trip was a tremendous success. Largely because of the outlook of the guests. Robert, Paul and Claudiu arrived looking for adventure, camaraderie, an authentic experience in a unique place, and of course fish. The trip ticked all the boxes, although the fishing took some work. 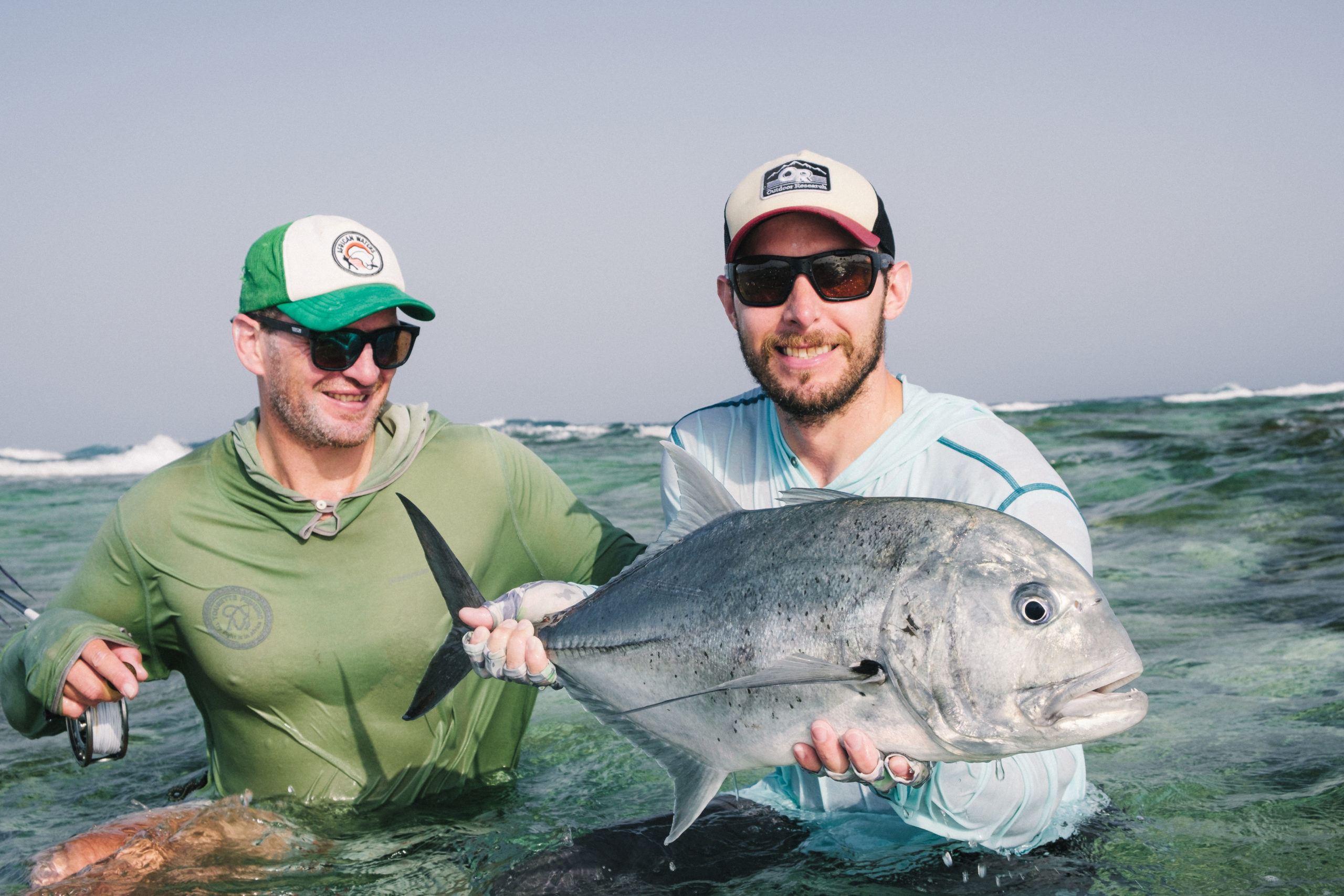 On to ticking the fishing box:

The lead up to this week had extremely calm conditions – a concern as this can lead to warm water on the flats. Luckily the conditions for the actual week showed a fair amount of wind, which although can be uncomfortable, is important to move cool water onto the flats. Our plan for the week was to spend the days combining some of the flats and islands we know like the back of our hands, with a couple days exploring some new areas that we have been eyeing for many years.  On day one, 10 meters from the tender on the first island, we came across the first tailing yellow margin. Robert made a textbook cast, the trigger rushed over and devoured the fly. It was big fish and made a rush for the edge of the flat. Robert did everything right, but unfortunately the trigger cut him off before he had a chance to turn the fish from the edge. What a way to set the tone for the rest of the trip. It was at that point, 10 minutes into the weeks fishing where the easy triggers ended.

Over the week we saw and cast at a large number of triggers, most being extremely temperamental and tricky.  We would see a lot of refusals for no reason, follows that lasted the whole fly length but with no committals, or fish that tried half-heartedly to eat the fly but with no hook up. Our strategy was to fish slow, and concentrate on every fish:

Our approach worked and over the week everyone caught some truly special triggerfish. Not all of them trophy fish, but all of them extremely cherished and special for the technical aspect that it took to entice each fish to eat.

Another highlight of the week was the exploring we did. We had been wanting to look at this area for years and this week we finally managed to allocate the time to go and explore. What we found in this area is some of the best looking flats we have ever found in Sudan in terms of the substrate and life on the flats. A mixture of turtle grass, hard sand flats and broken coral made for a variety of habitat and rich ecosystems. On the day that we worked over it we saw a fair number of triggers on the flats, but also saw shoals of up to 30 triggers swimming in chest deep water. We assume that these fish were involved in spawning activity. Needless to say that next season we will be heading straight back to this area.

During the week we managed to land some exceptional GTs in between the triggers. Six quality GTs came out during the week between the 3 guests, but Roberts 101cm fish, sight fished off a small cliff will no doubt stick in our minds forever. The fish ate the fly at our feet, in a few feet of water. What followed was a team effort of guides jumping off the small cliff to keep the line out the coral, while Robert put every inch of what his tackle was capable of in keeping the fish from getting too much string out. It must be mentioned that these Nubian GTs have a exceptional girth to length ratio and this 101cm fish was estimated at around 30 kilos. Truly a fish of many life times, and the fact that this was Roberts first ever GT is pretty special. 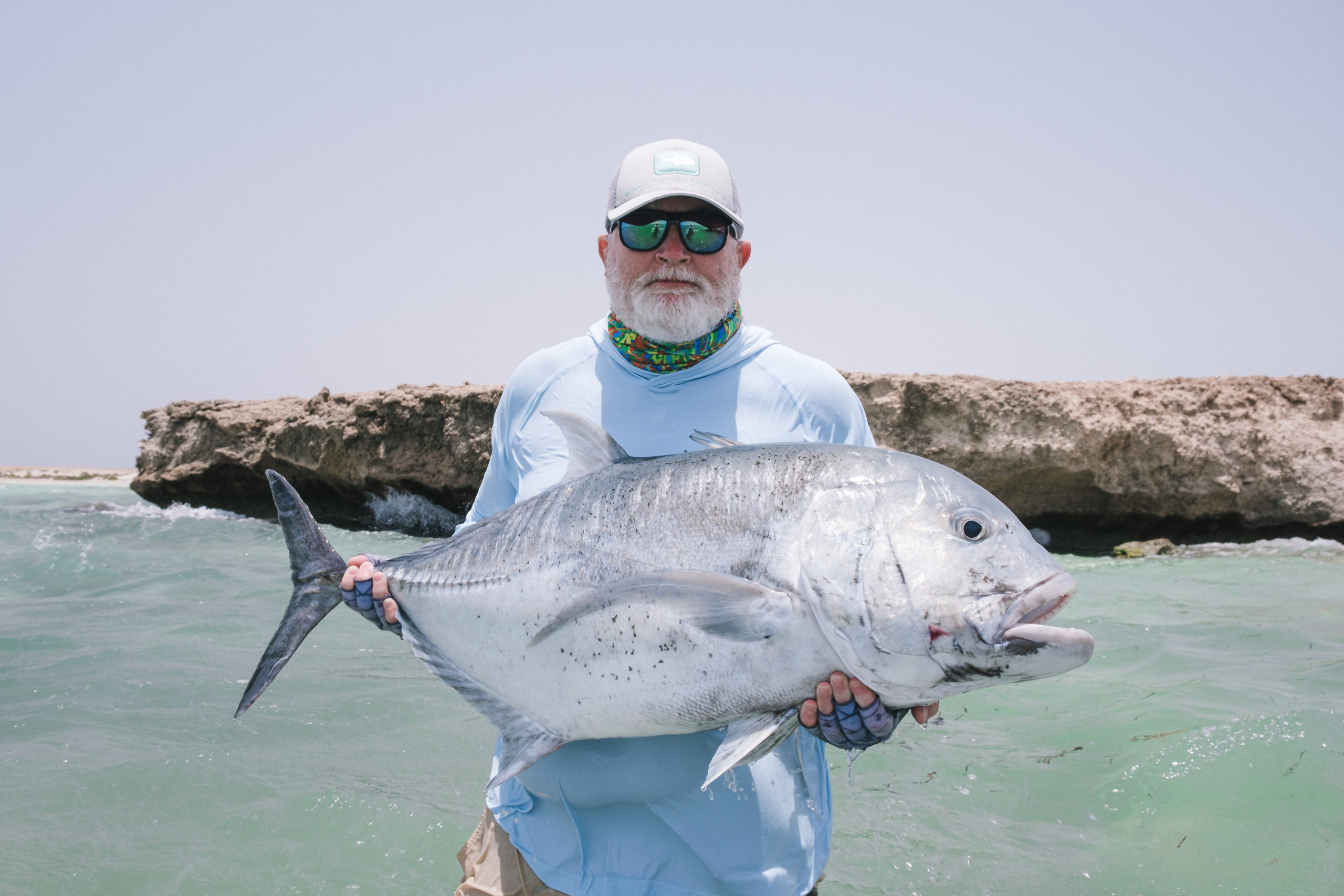 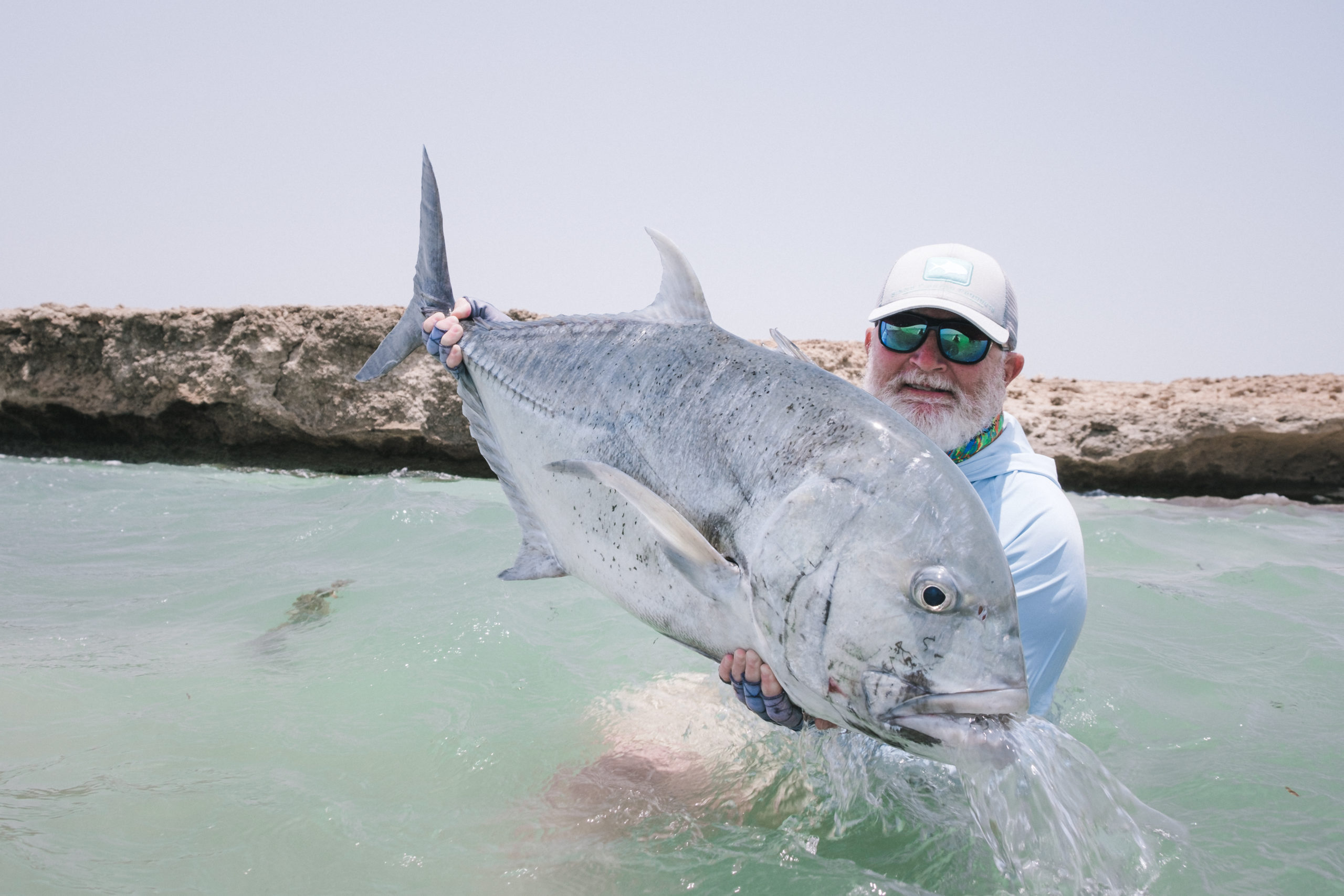 Looking at the pics of the fish, and even the numbers of fish once they are tallied up, it is easy to be tricked into thinking that the fishing was easy. However a bunch of nice pictures and a tally of good fish doesn’t accurately depict the picture when you consider the miles walked, and the hours it has taken to catch these fish.

For this group however that effort made the fish that were caught that much more special. The boxes for adventure, camaraderie and a real experience were very firmly ticked. The box for fishing took some work, but in the end the satisfaction we received from the fish  landed means we are happy to tick that box as well.

We can’t wait to spend some more time with Claudiu, Robert and Paul. Next time we will meet up on the water as old friends. 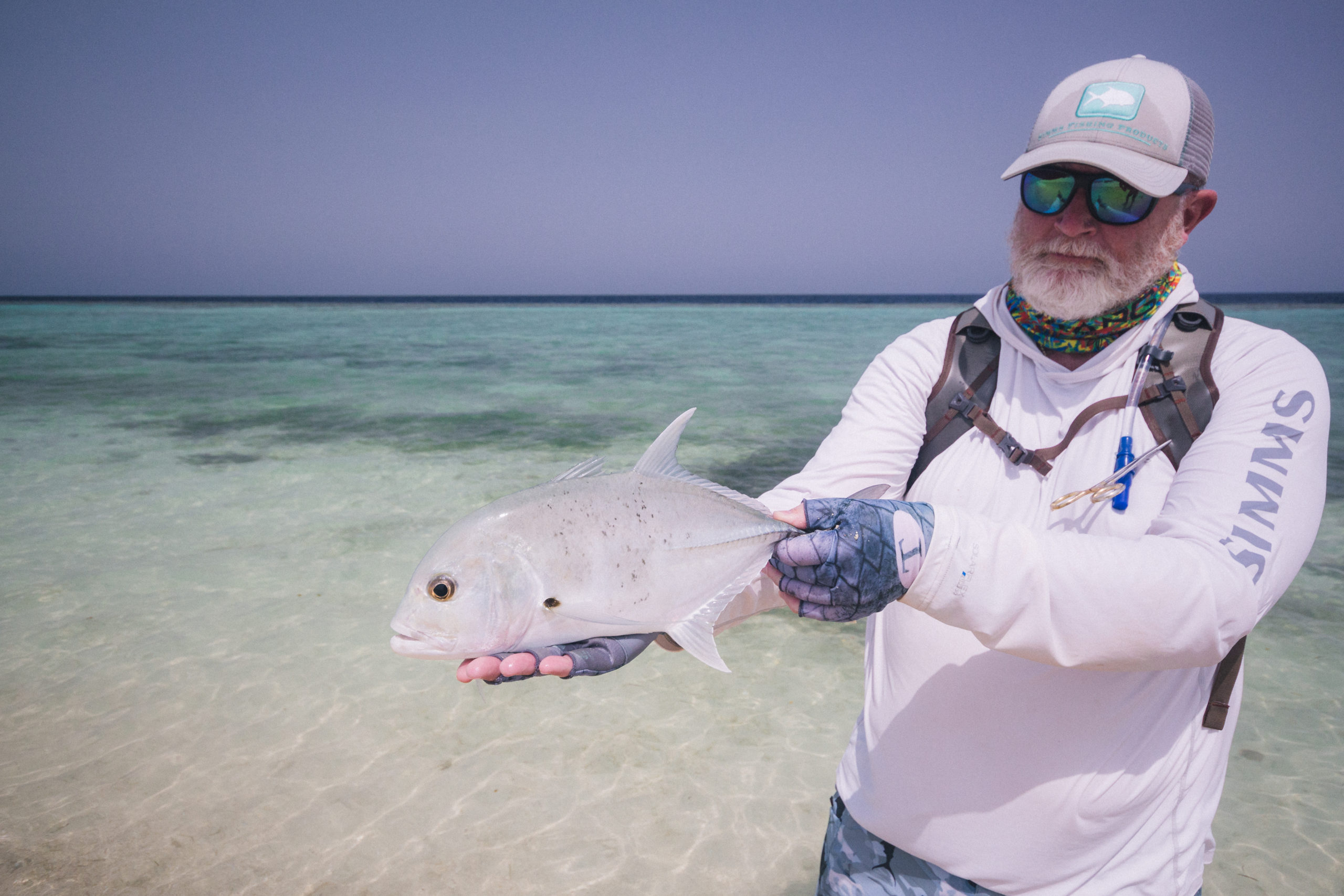 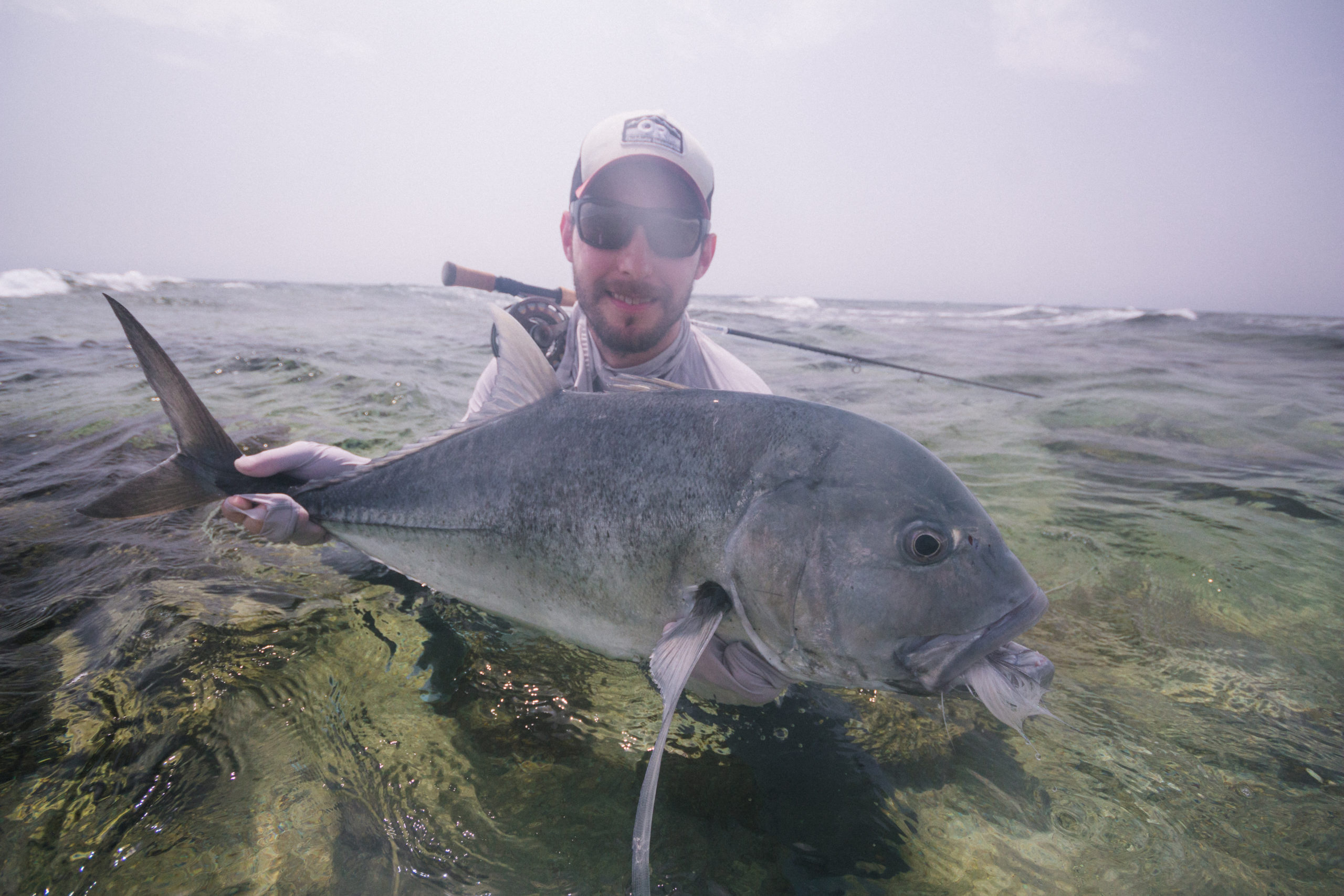 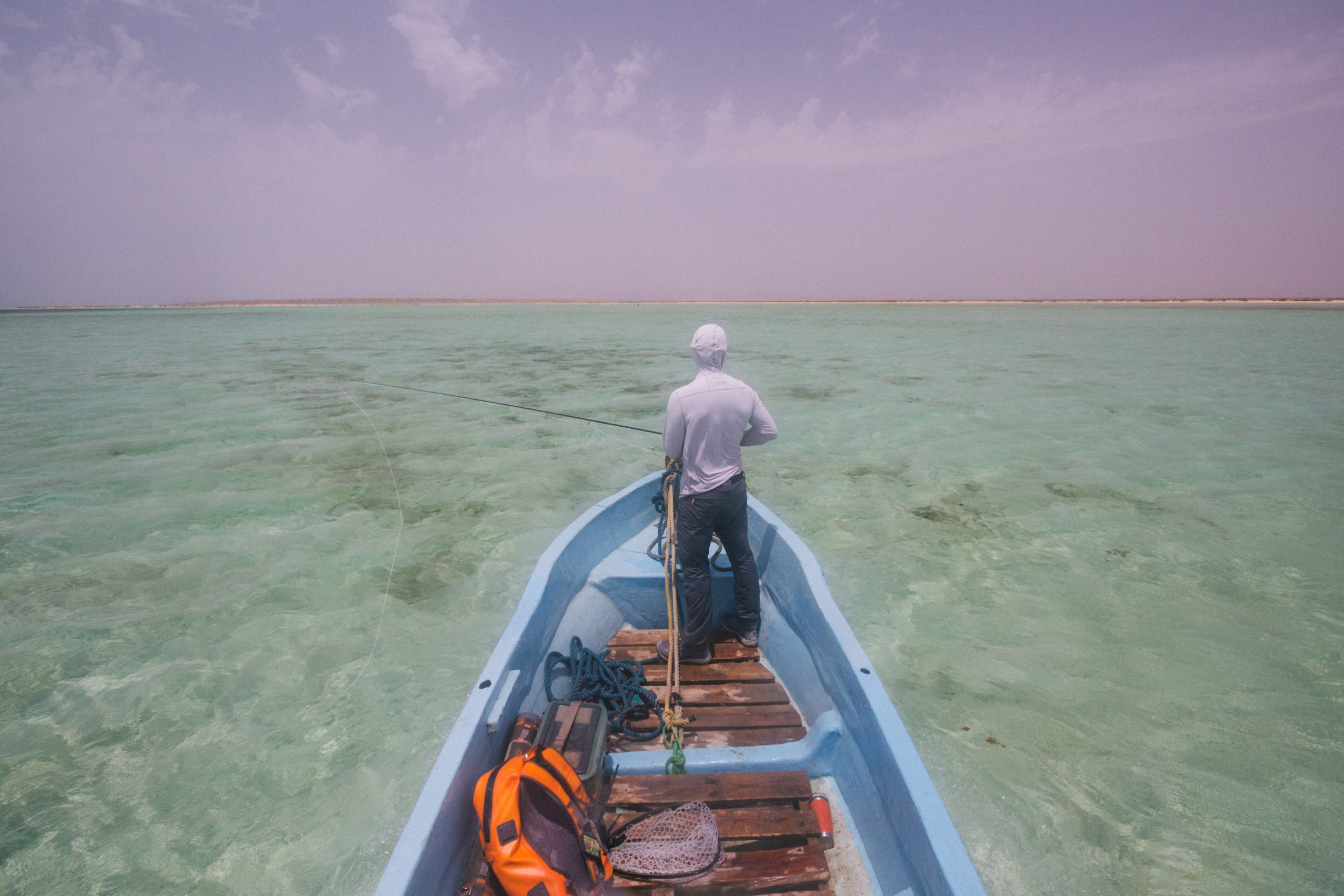 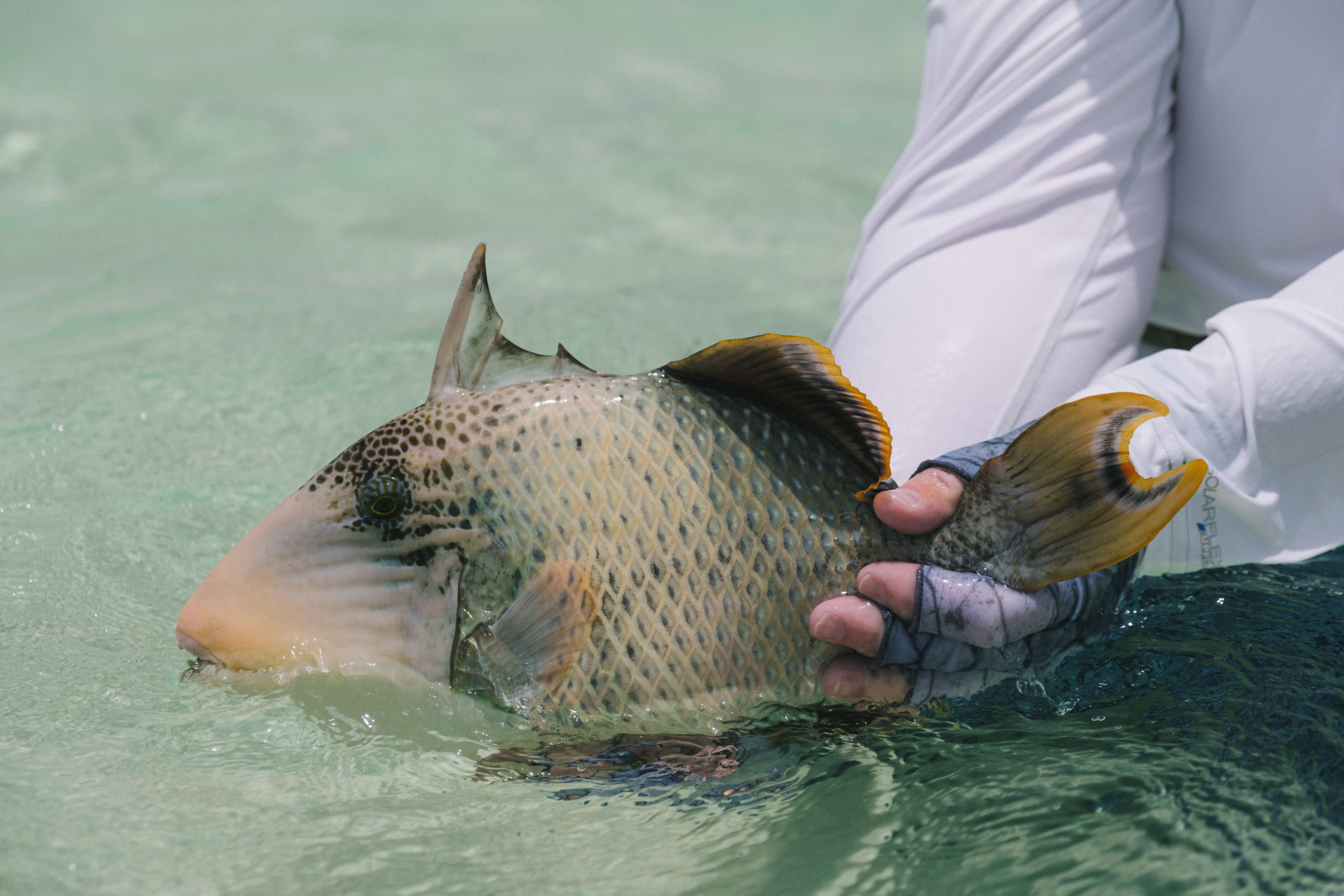 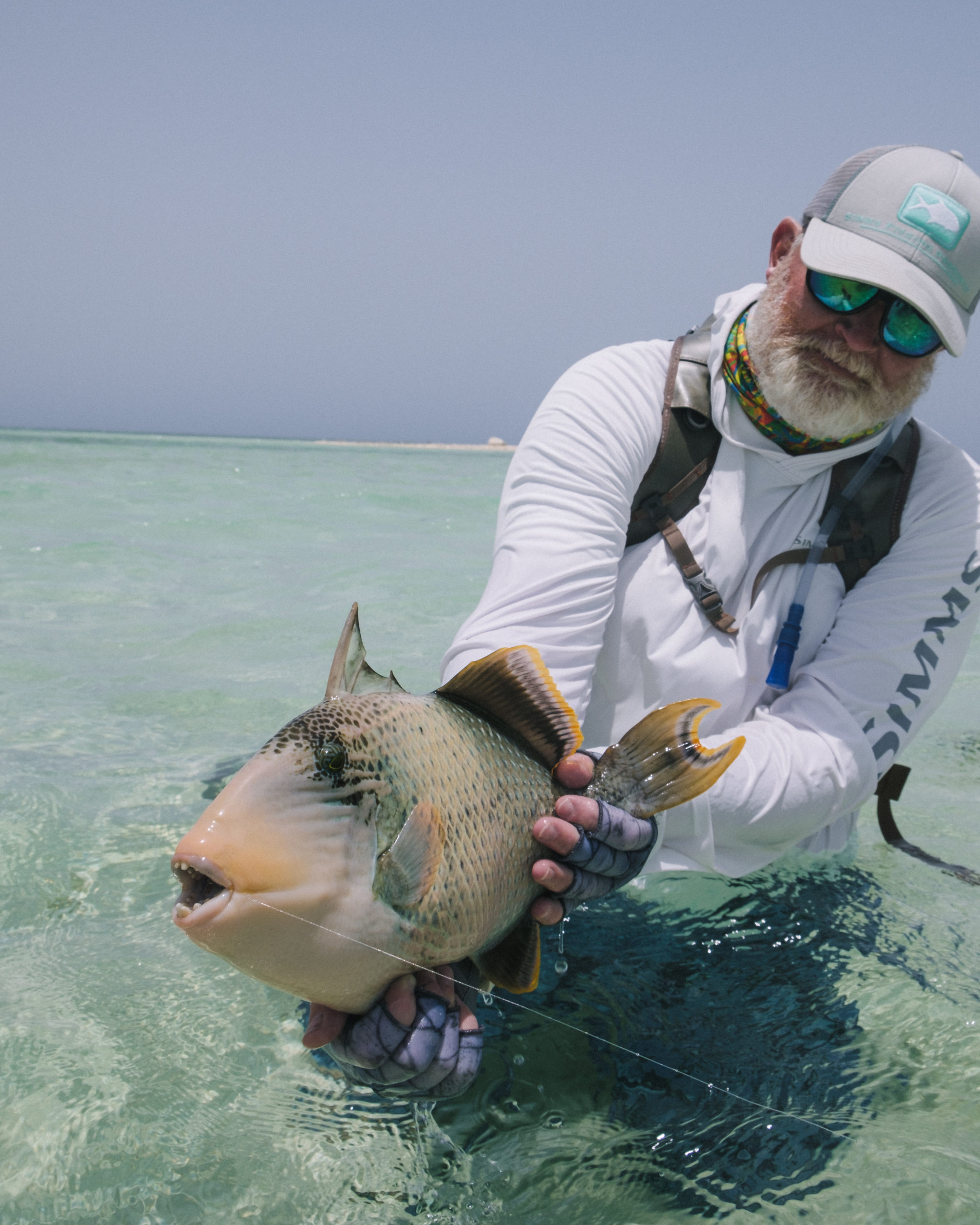 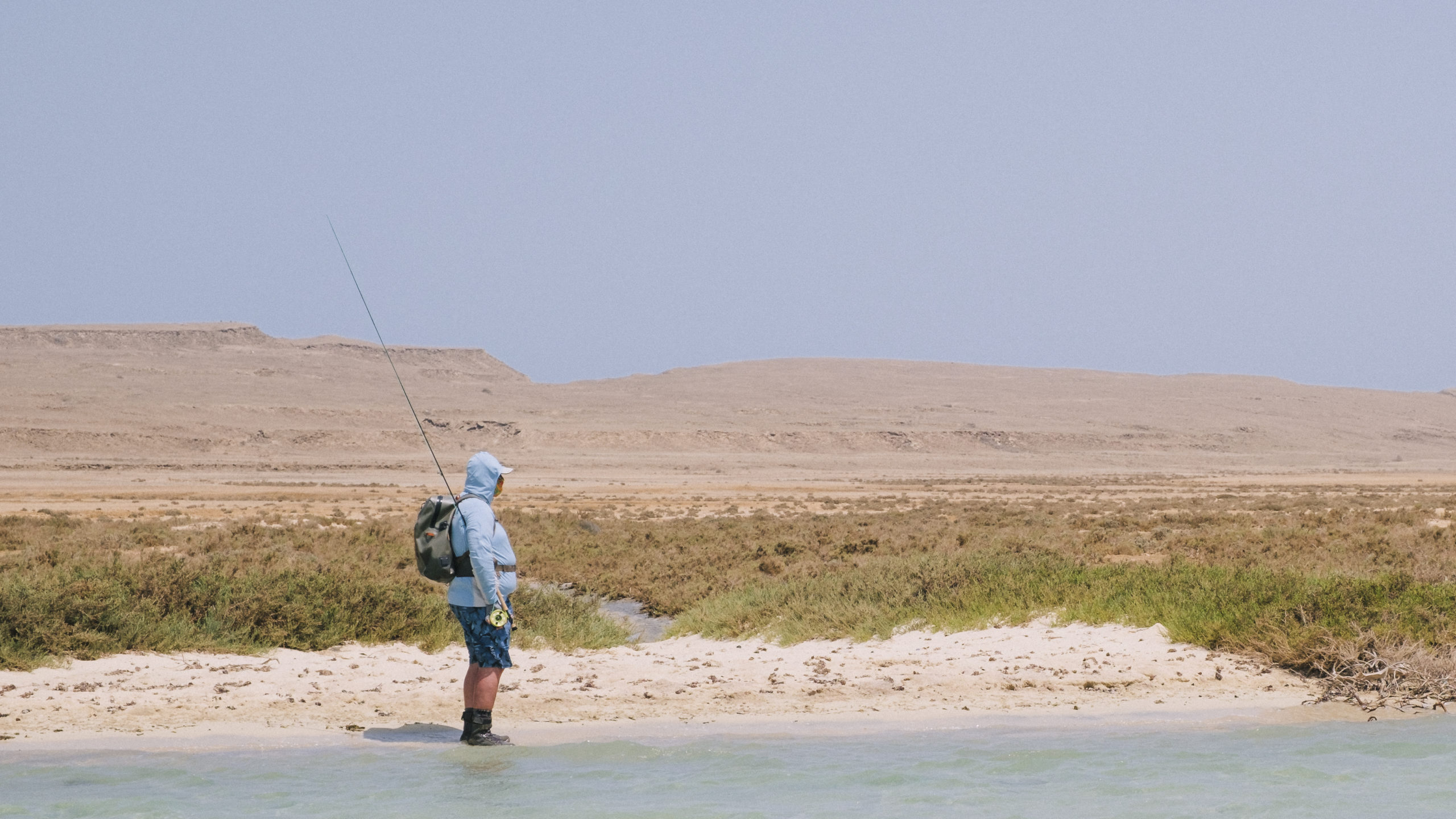 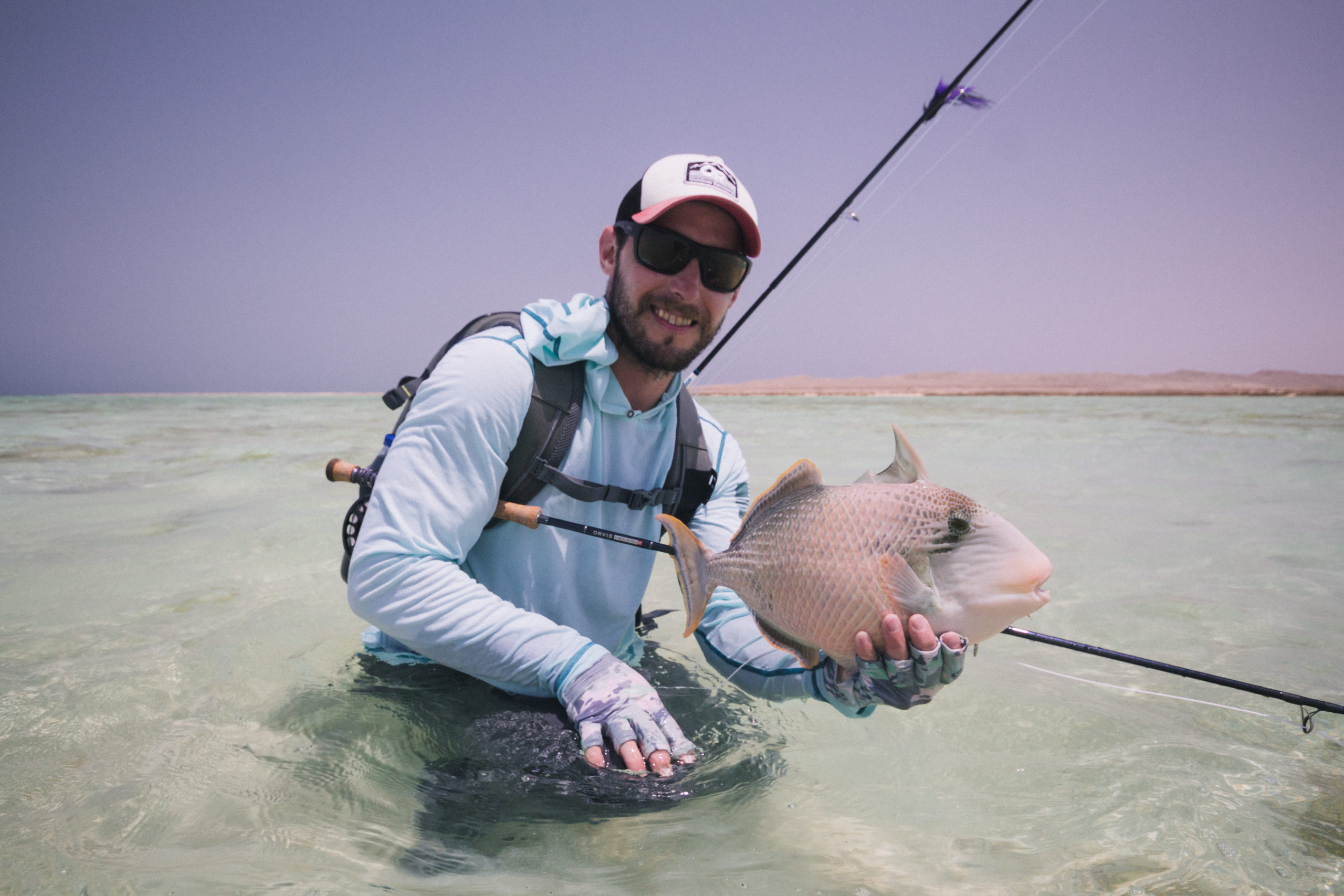 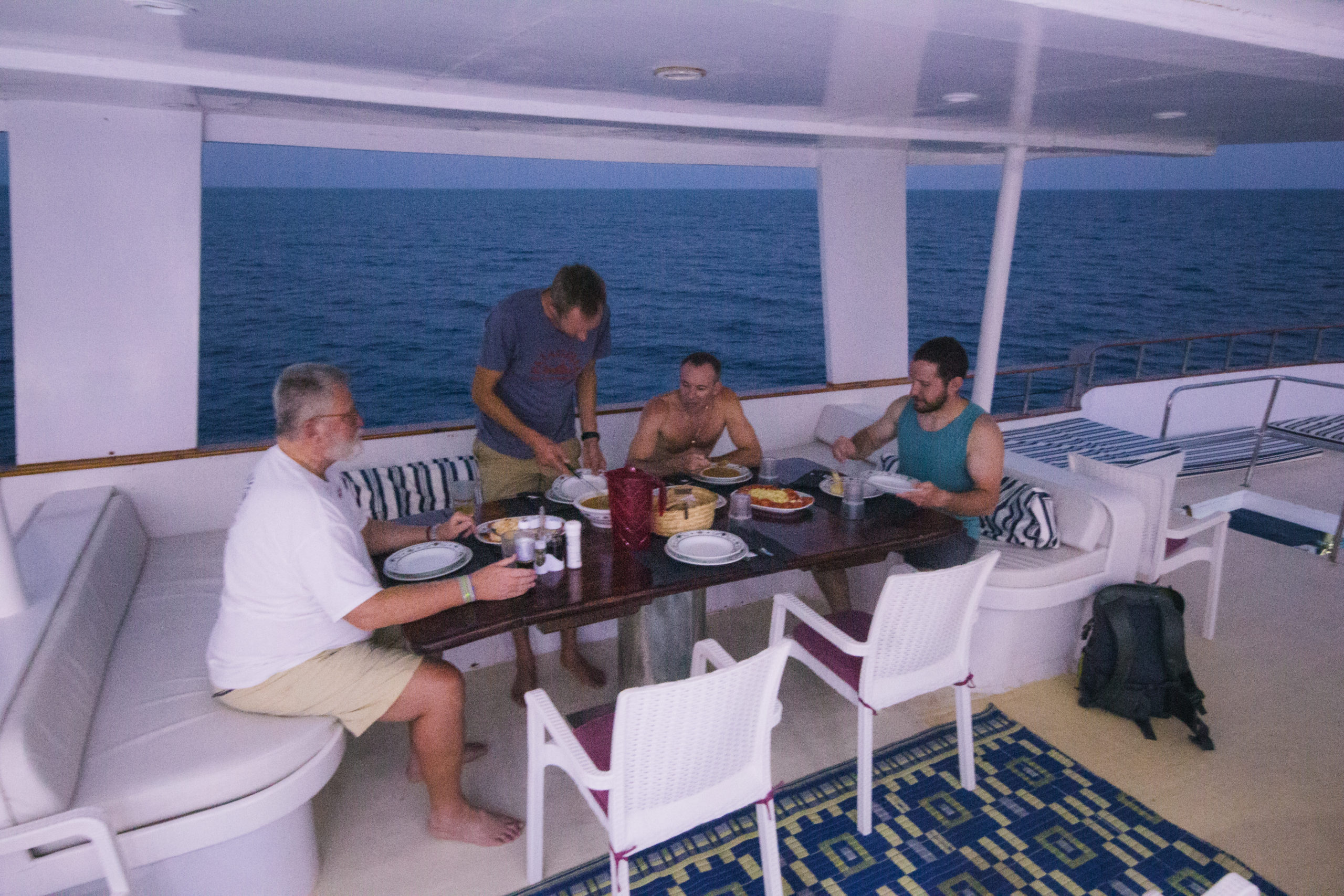