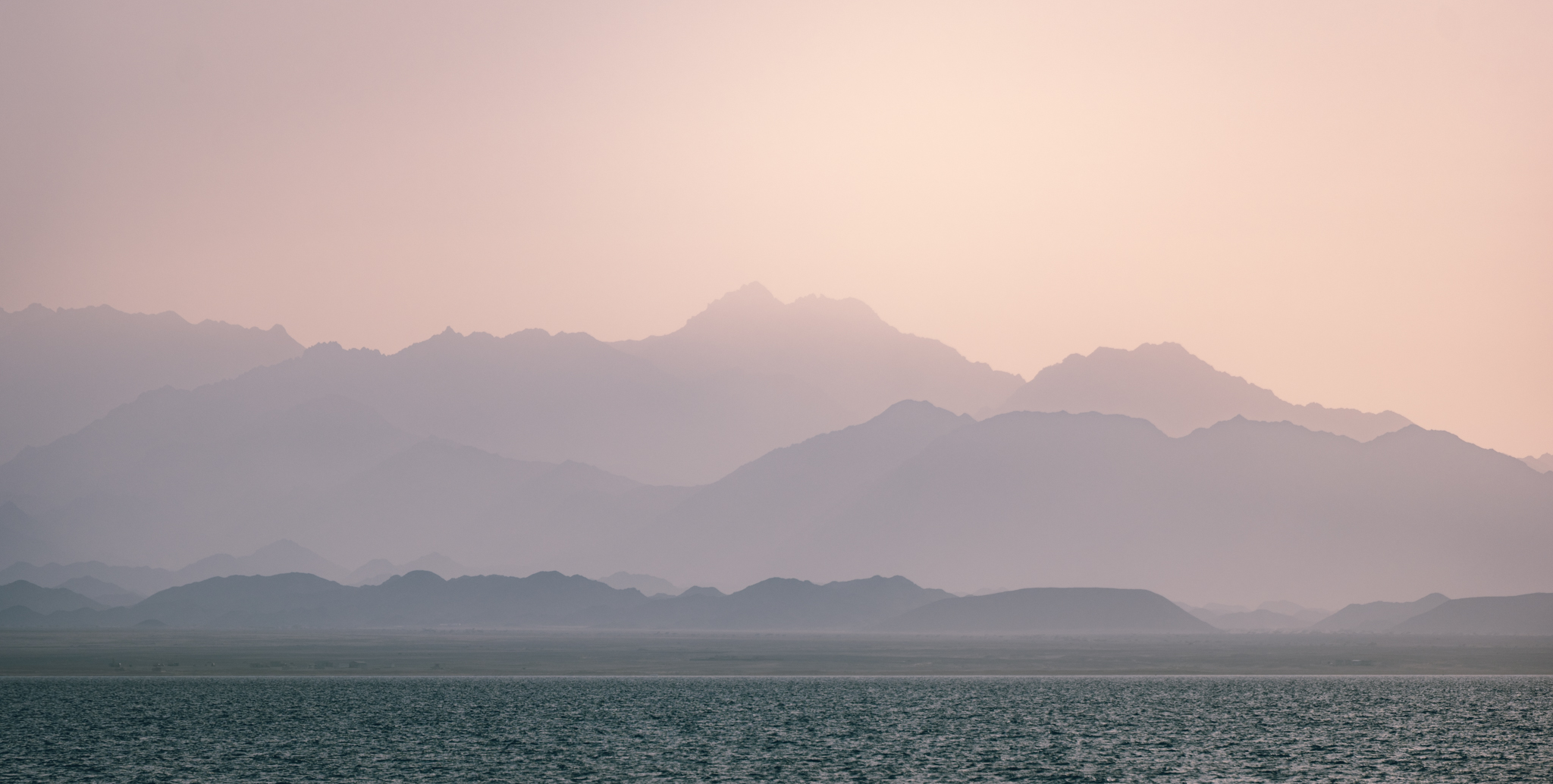 Week 5 was the week of wind. We welcomed 6 guests onboard the mothership all the way from Zimbabwe just prior to heading north of the Sudanese coastline. We were met with giant winds out the North from the moment we left port. Throughout the week we were hoping to experience a few windless days, however, it was not to be which made the fishing extremely difficult. Regardless of the situation, the guys on board put in a massive effort throughout the week in pursuit of large triggerfish.

The wind made the boat travels to the desired flats tricky as well as dropping the visibility right down. However, we managed to find feeding fish in very specific and concentrated areas on the various flats. Off the bat, we were able to land a fantastic yellowmargin triggerfish which will be remembered for a long time to come! On top of that, we were able to come right with a true giant of a GT on spinning gear which proceeded to break us off within moments. Throughout the afternoon we experienced many close encounters which large GT’s. Unfortunately the guys were incredibly unlucky not to connect with the GT’s. A couple fish charged the fly, mouthed open trying to crush the various baitfish patterns, however, were unable to inhale any of the flies. 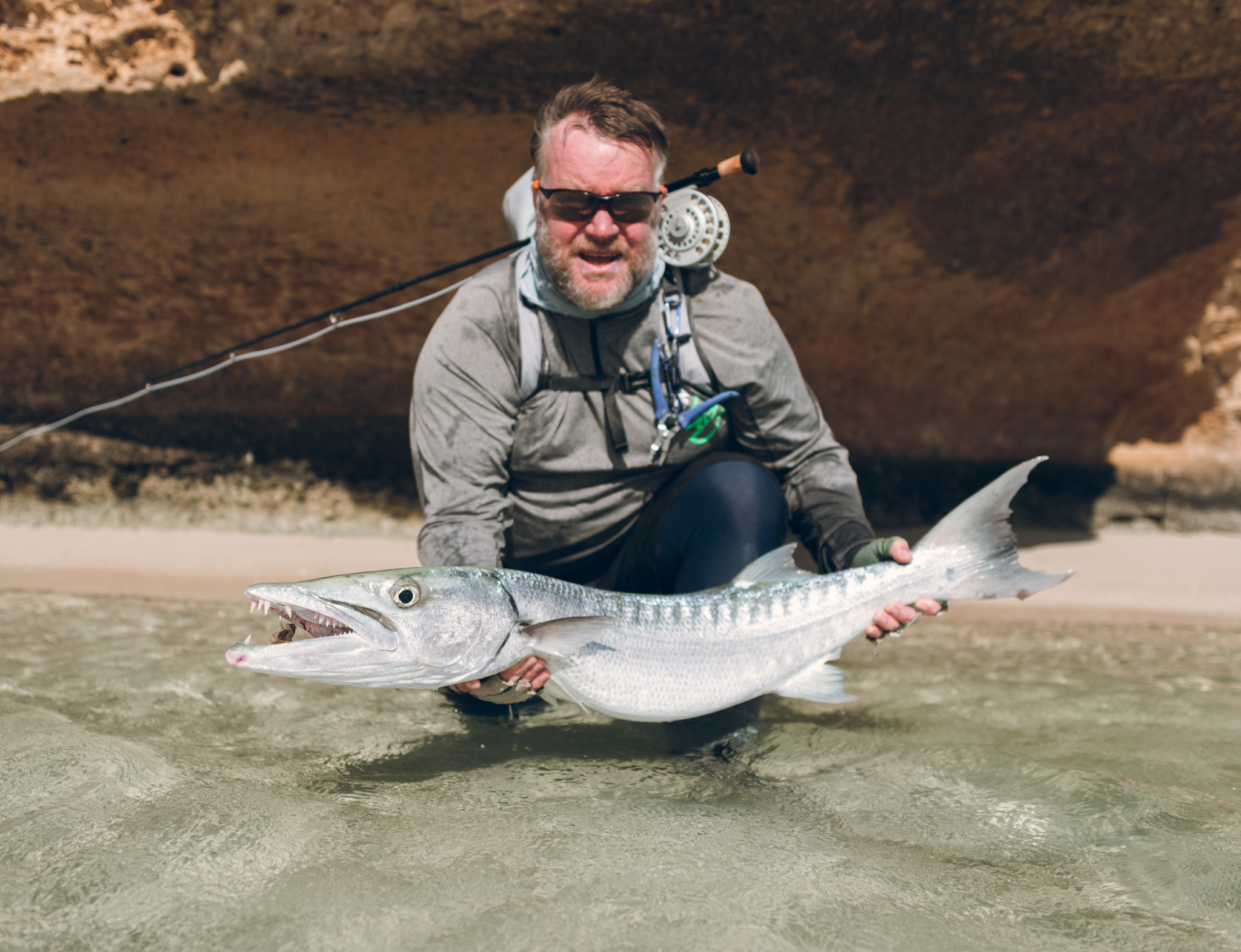 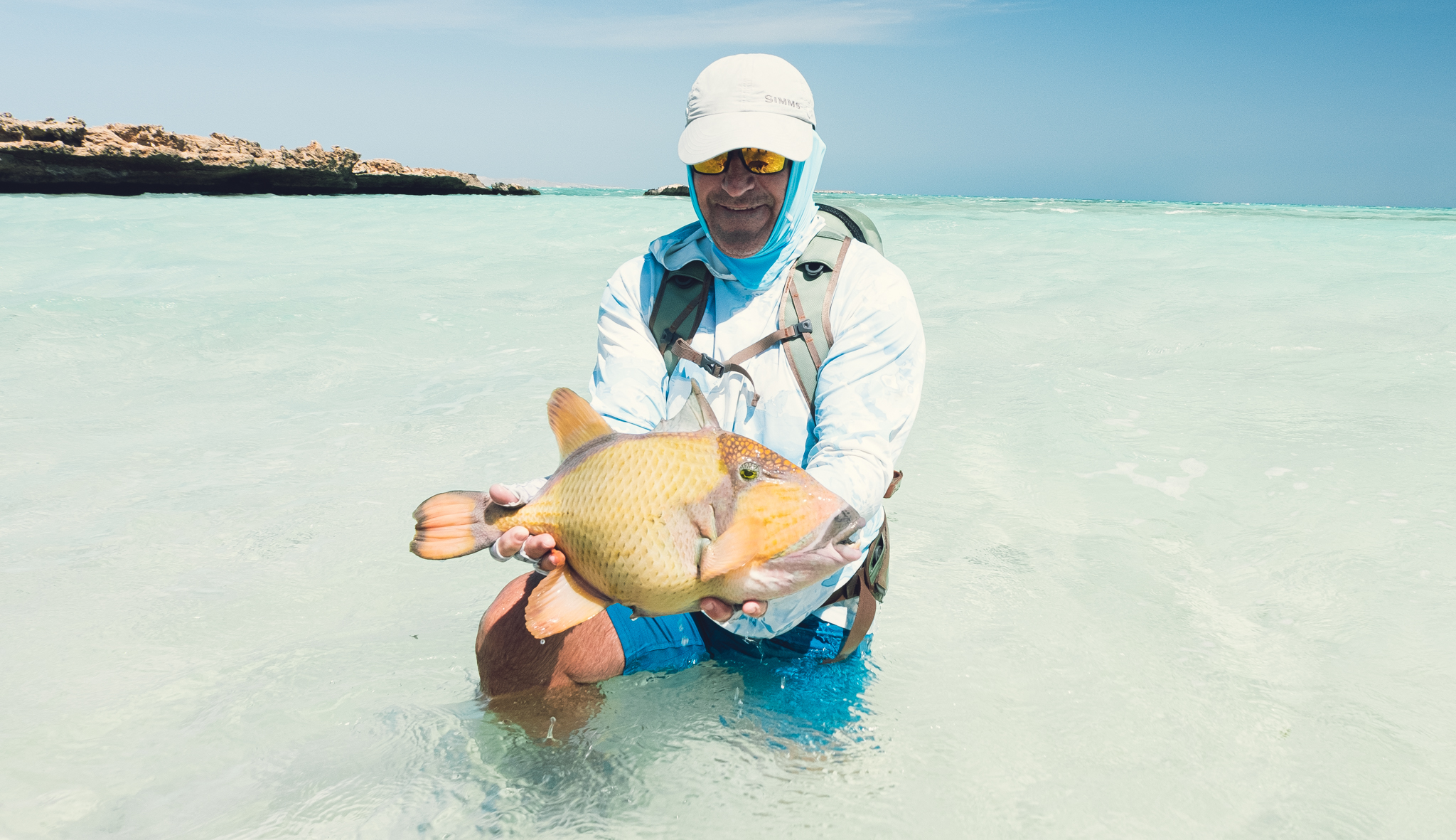 The other “team” headed off to Snake Island, an apt name as it is home to many snakes still yet to be identified by the Guide team. With this information in mind, the drive commenced to one of the less frequented islands during the standard North trip, due to the weather conditions it was time to test it once again on the fly. Within the first 100m of walking while still taking in the beauty of the place, the first cast of the day produced the biggest Titan Triggerfish of the trip.

The rest of the day continued in this amazing fashion, aggressive triggers where seen tailing in small groups around each corner, allowing the anglers to bring another 5 triggerfish to the net, 3 titans and 2 yellowmargin’s.  Later in the day a bohar snapper was also wrangled out of a deep hole on a 9 weight, using a Flexo crab. The fight was a true battle between angler and fish as it continuously tried to cut the leader on the reef edge of the deep hole in the middle of the flat, applying almost maximum pressure and running around, the fish was finally subdued. What a special memory that day was, despite the brutal fishing conditions.

Credit must go to the anglers for pushing through and making the most of the tough conditions. As a team we truly couldn’t have asked for more and had an absolute blast with the guys from Zimbabwe. We’ll certainly miss this group and wish them tight lines and windless days on their next adventures.

Cheers team Zimbabwe, until next time! 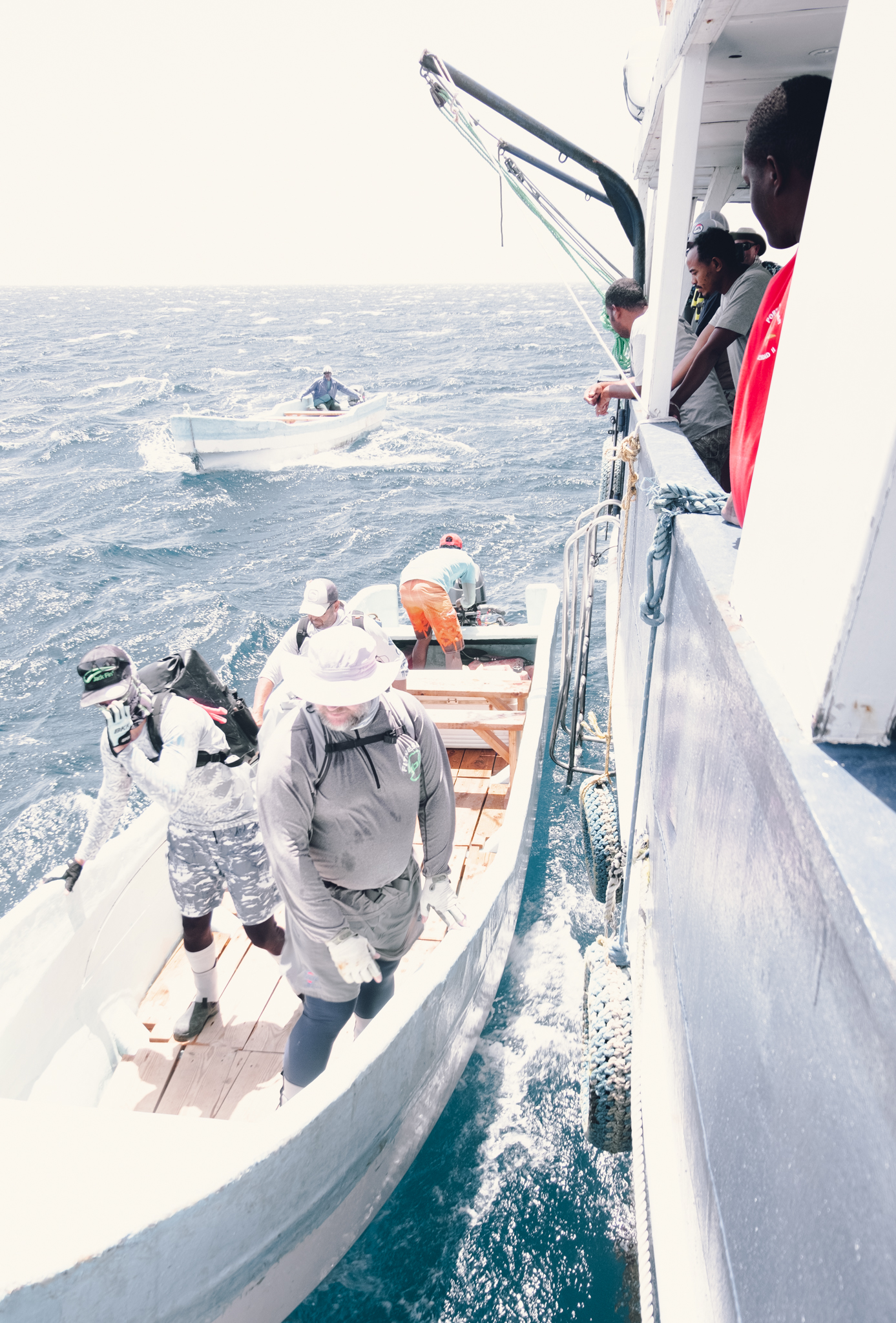 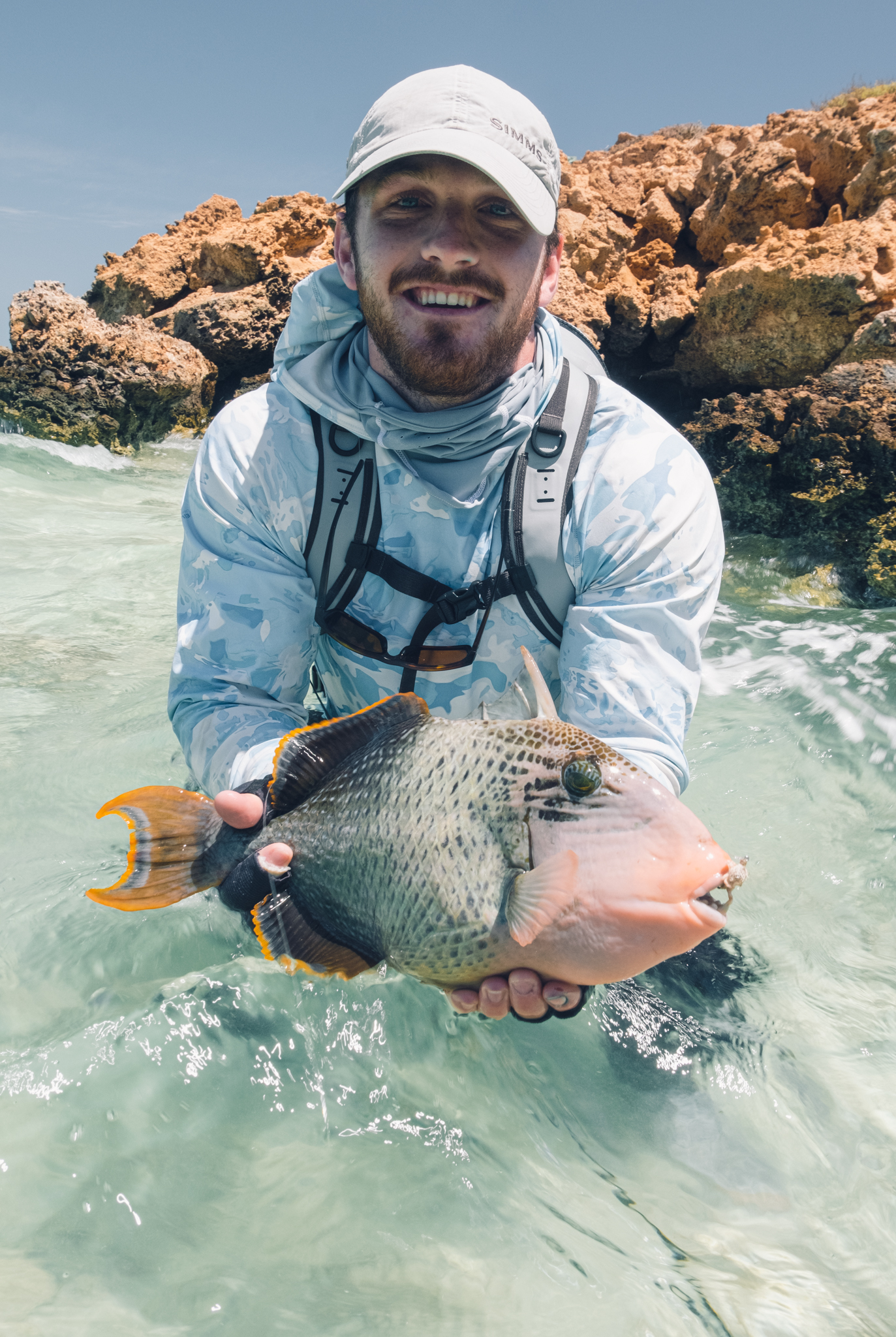 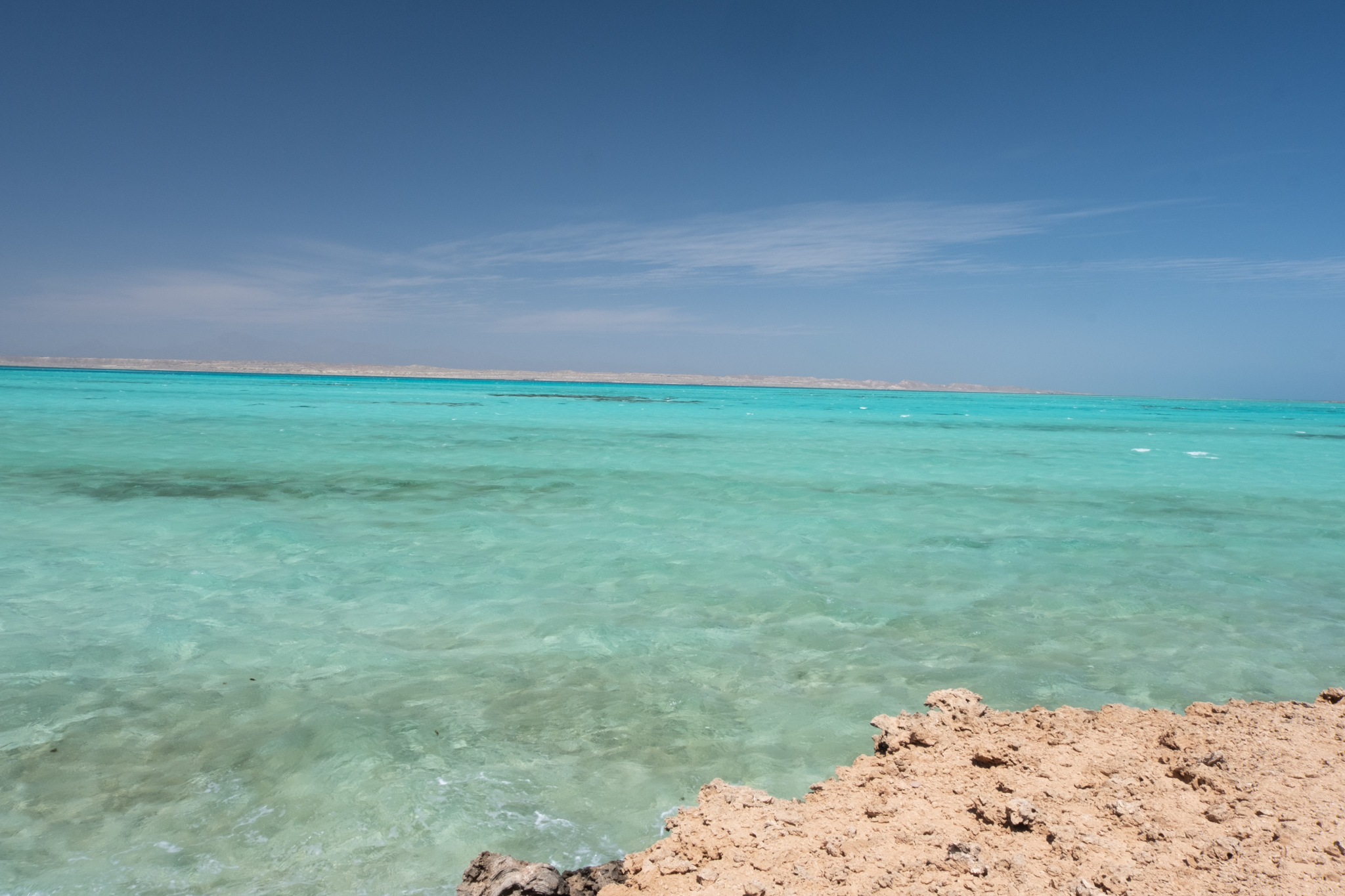 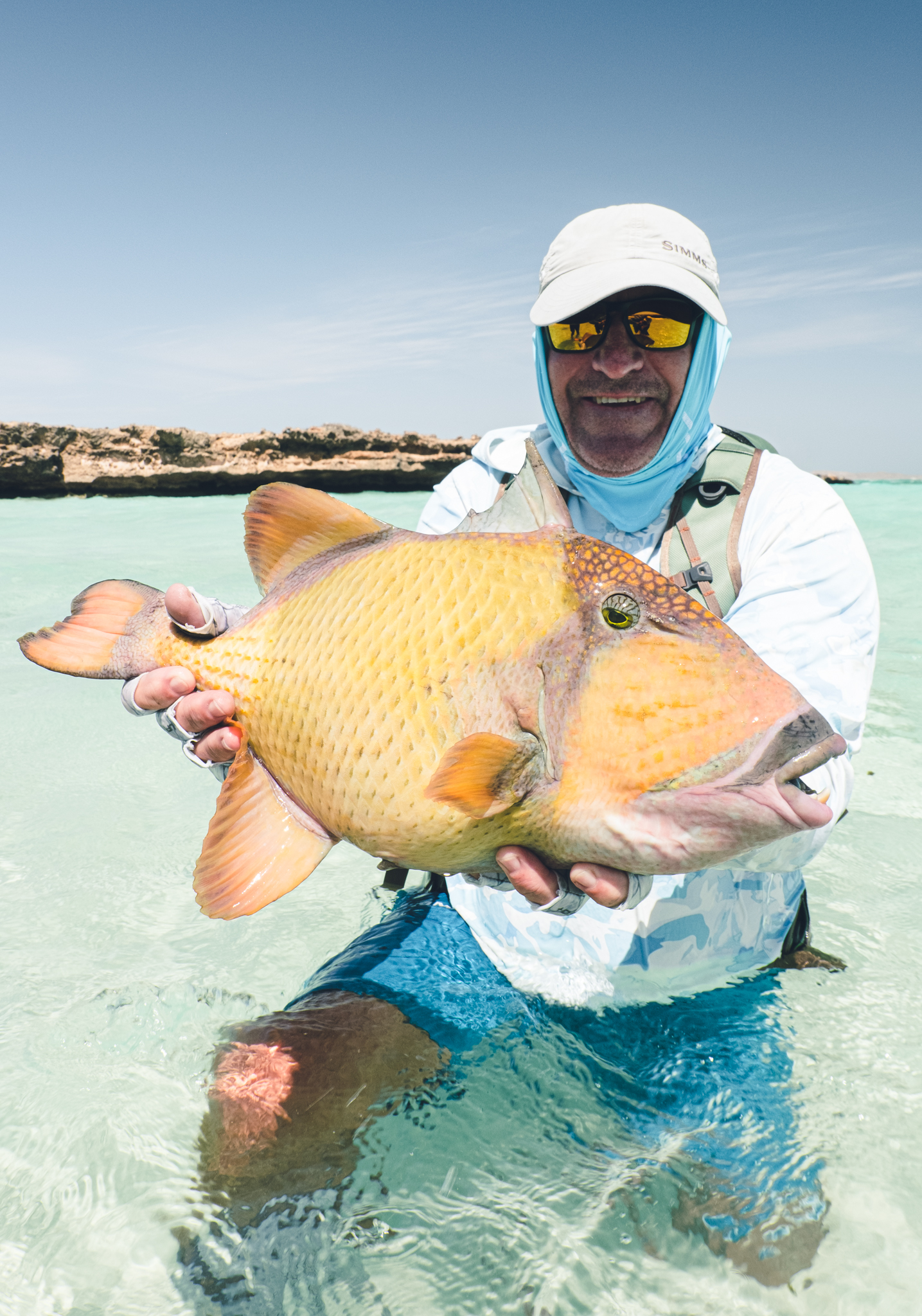 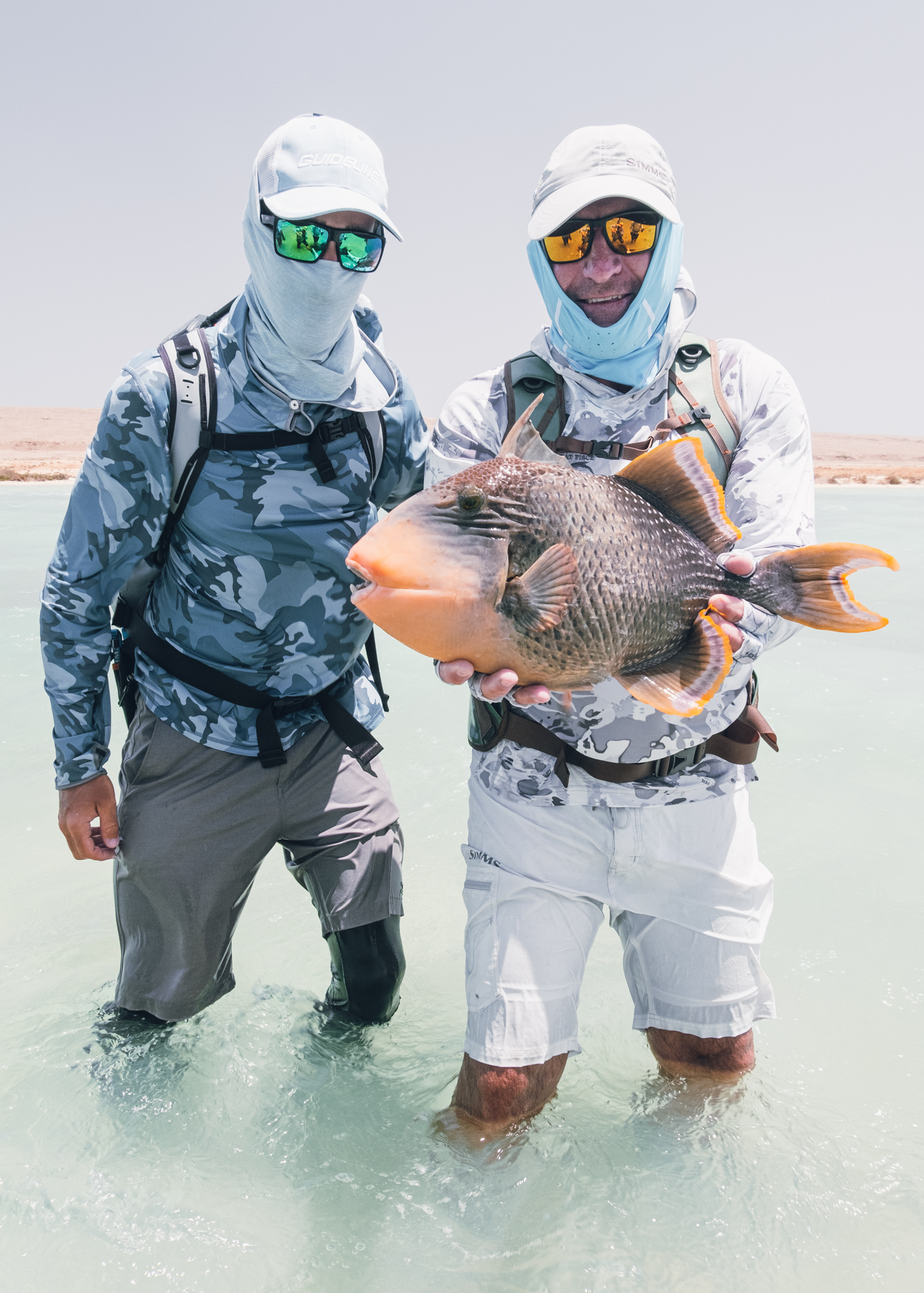 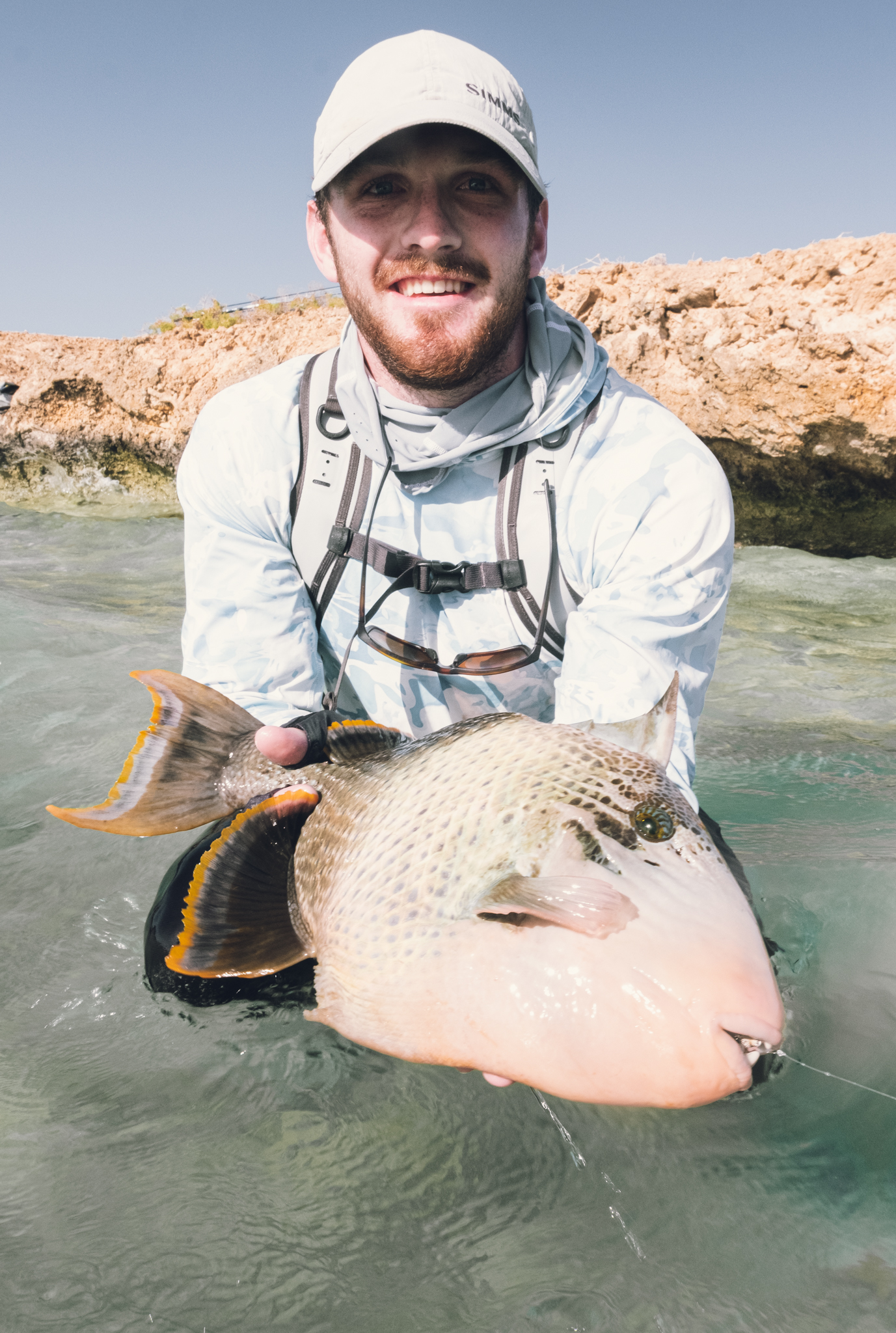 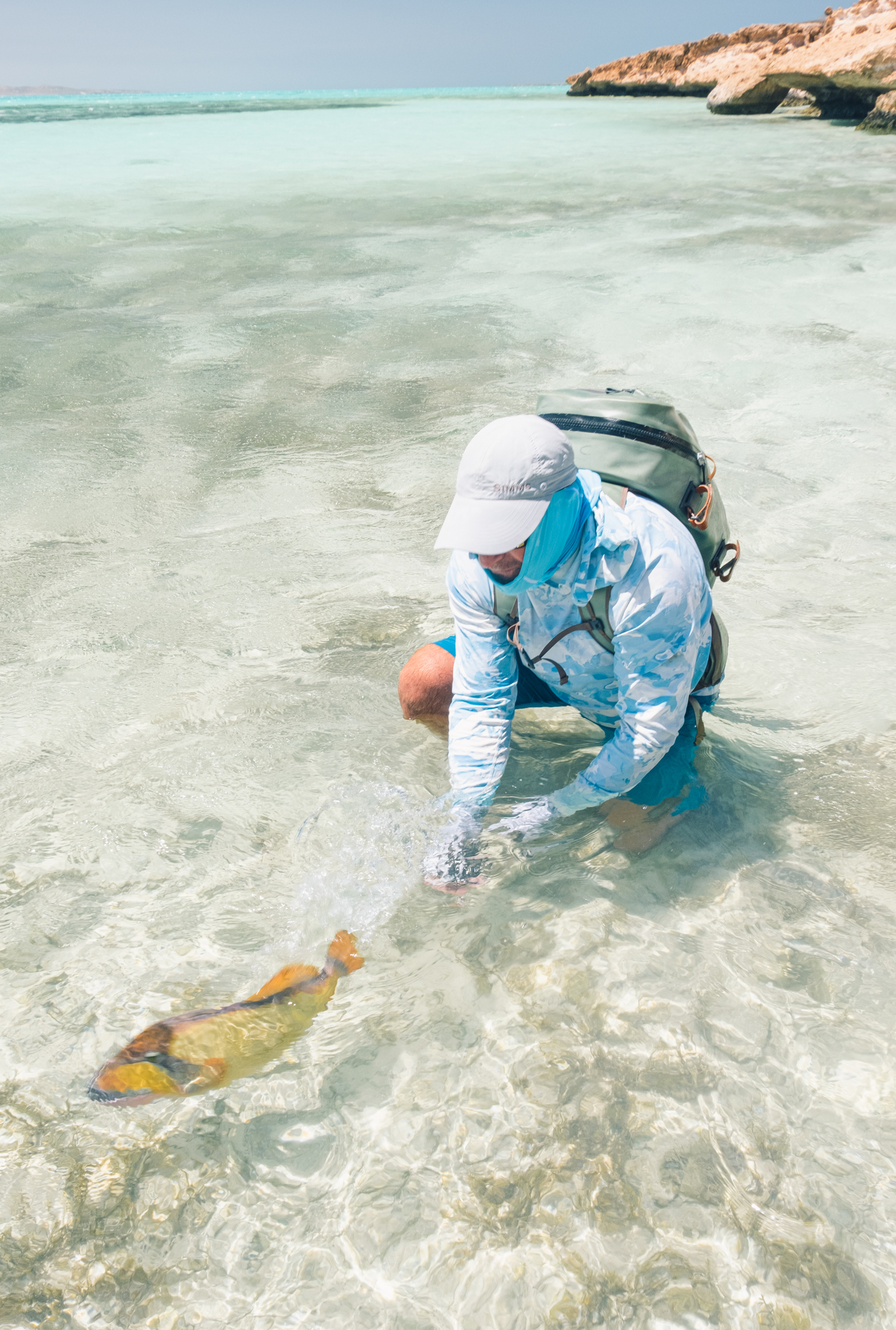 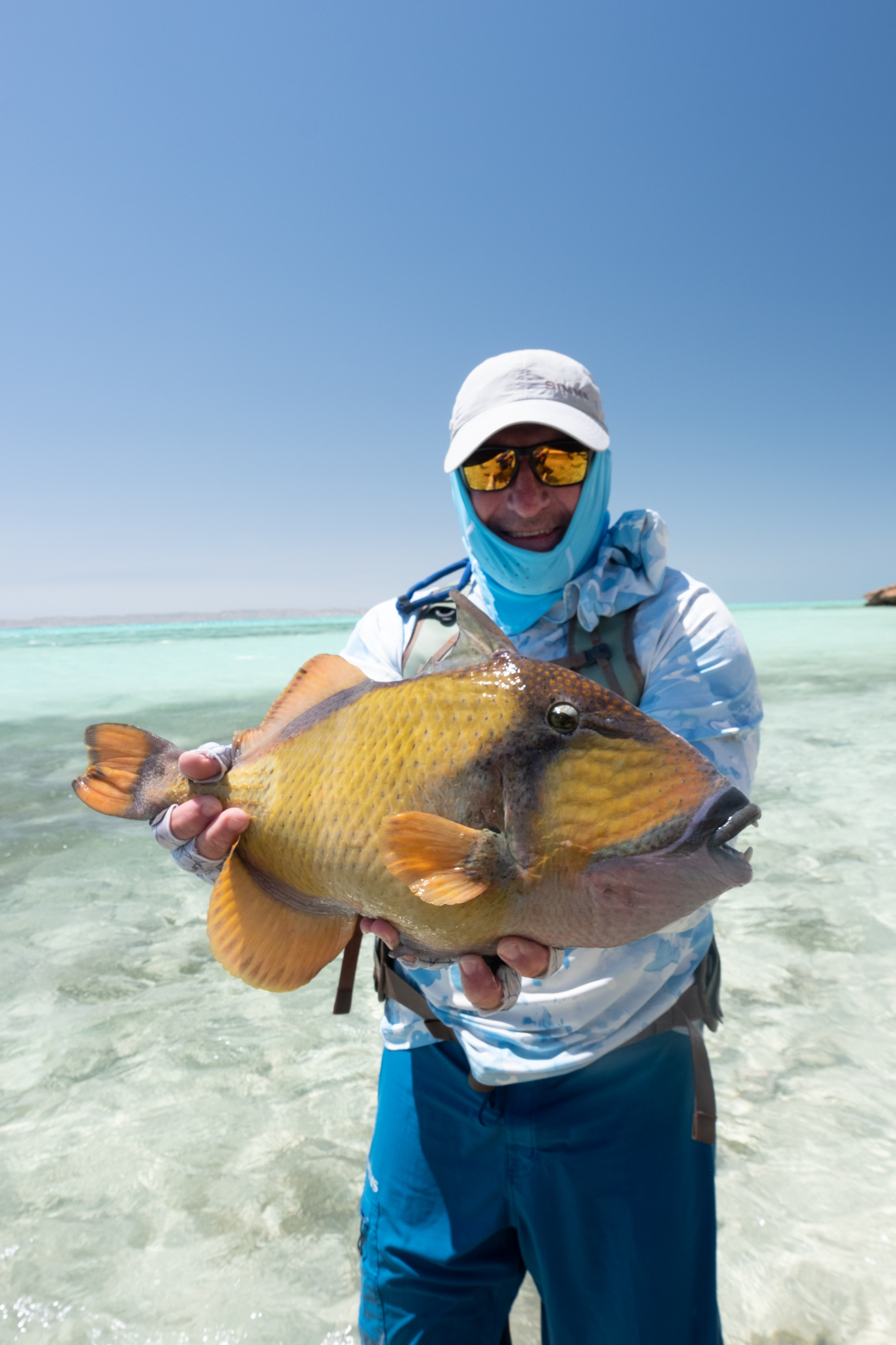 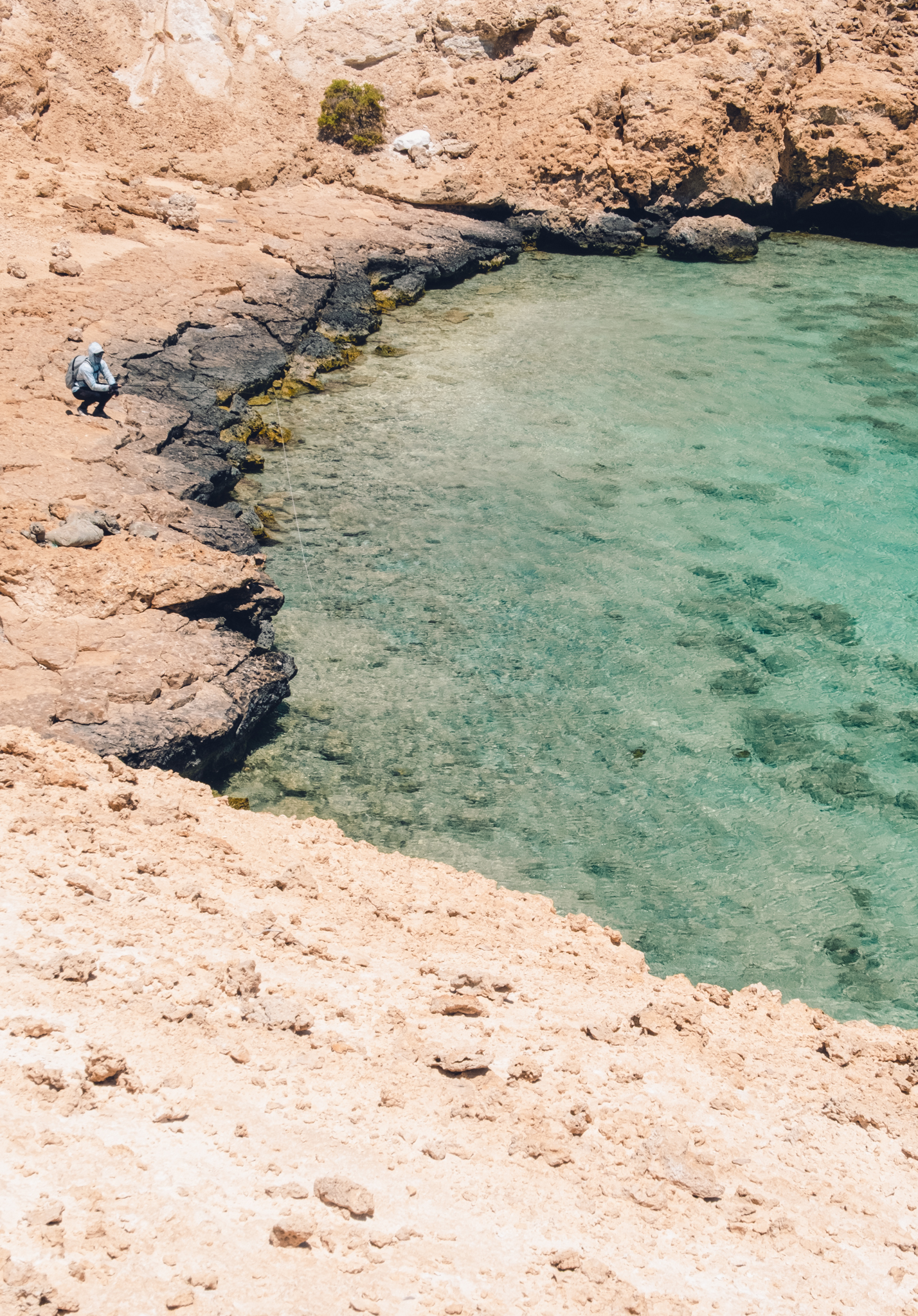 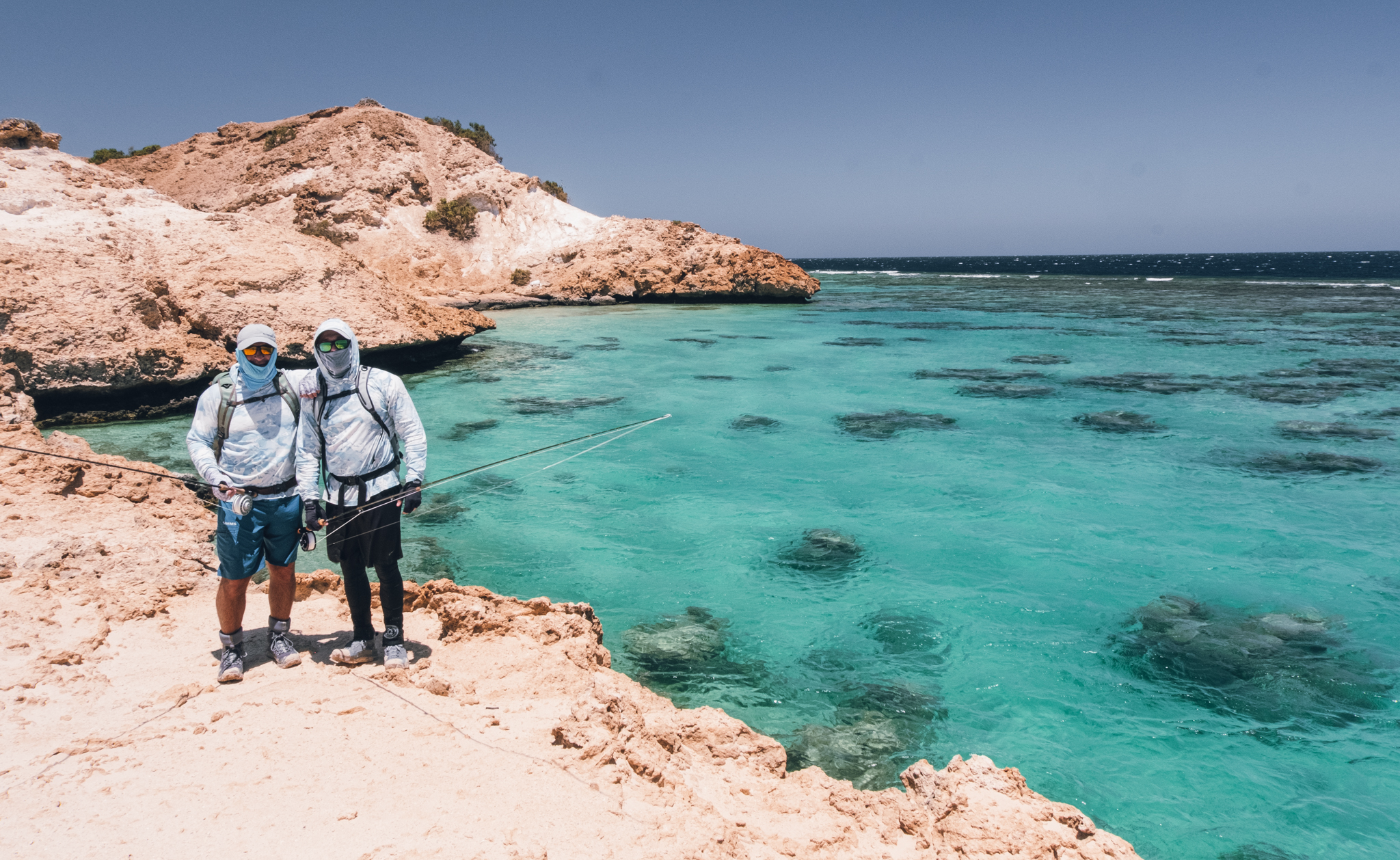 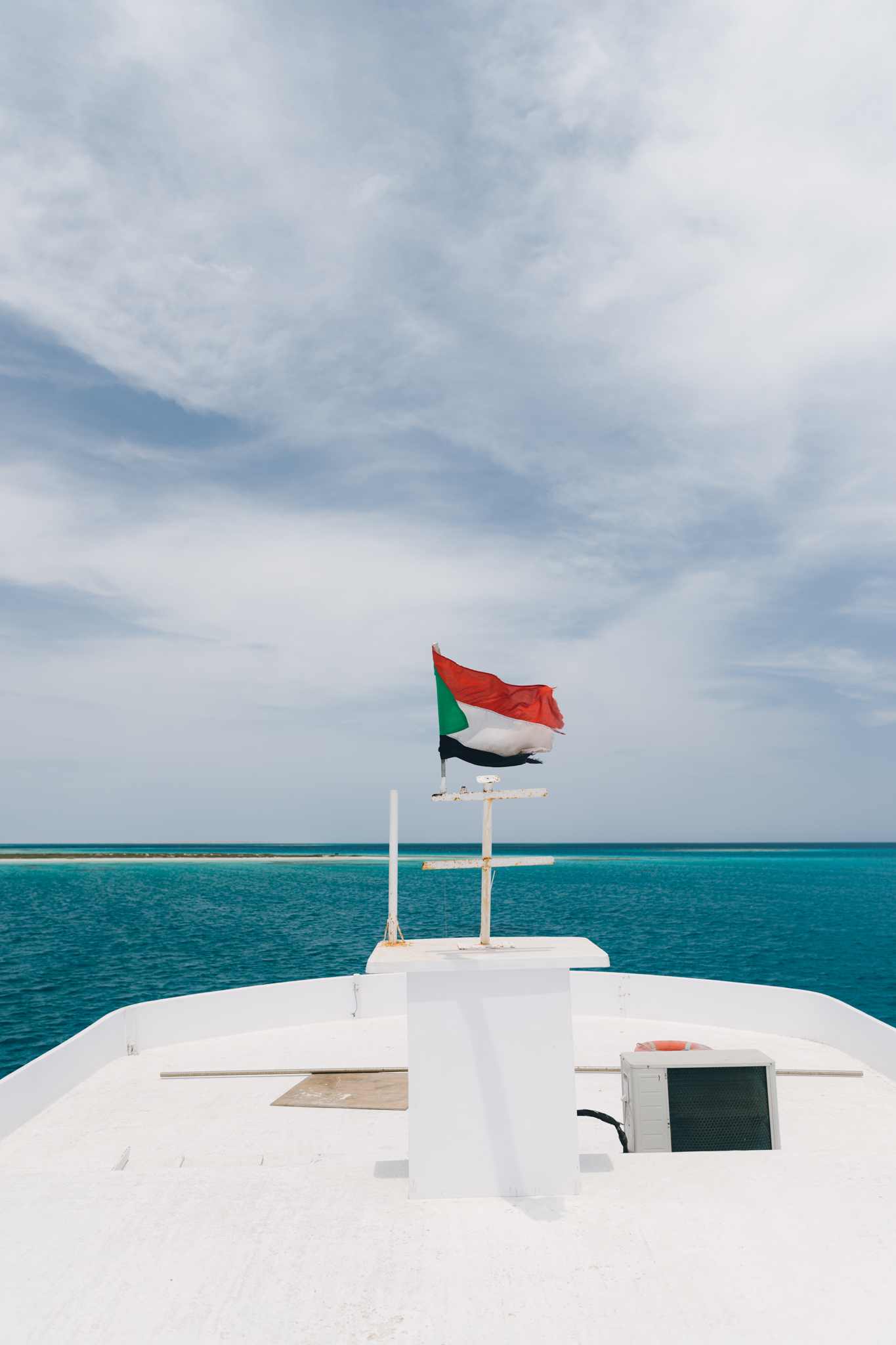 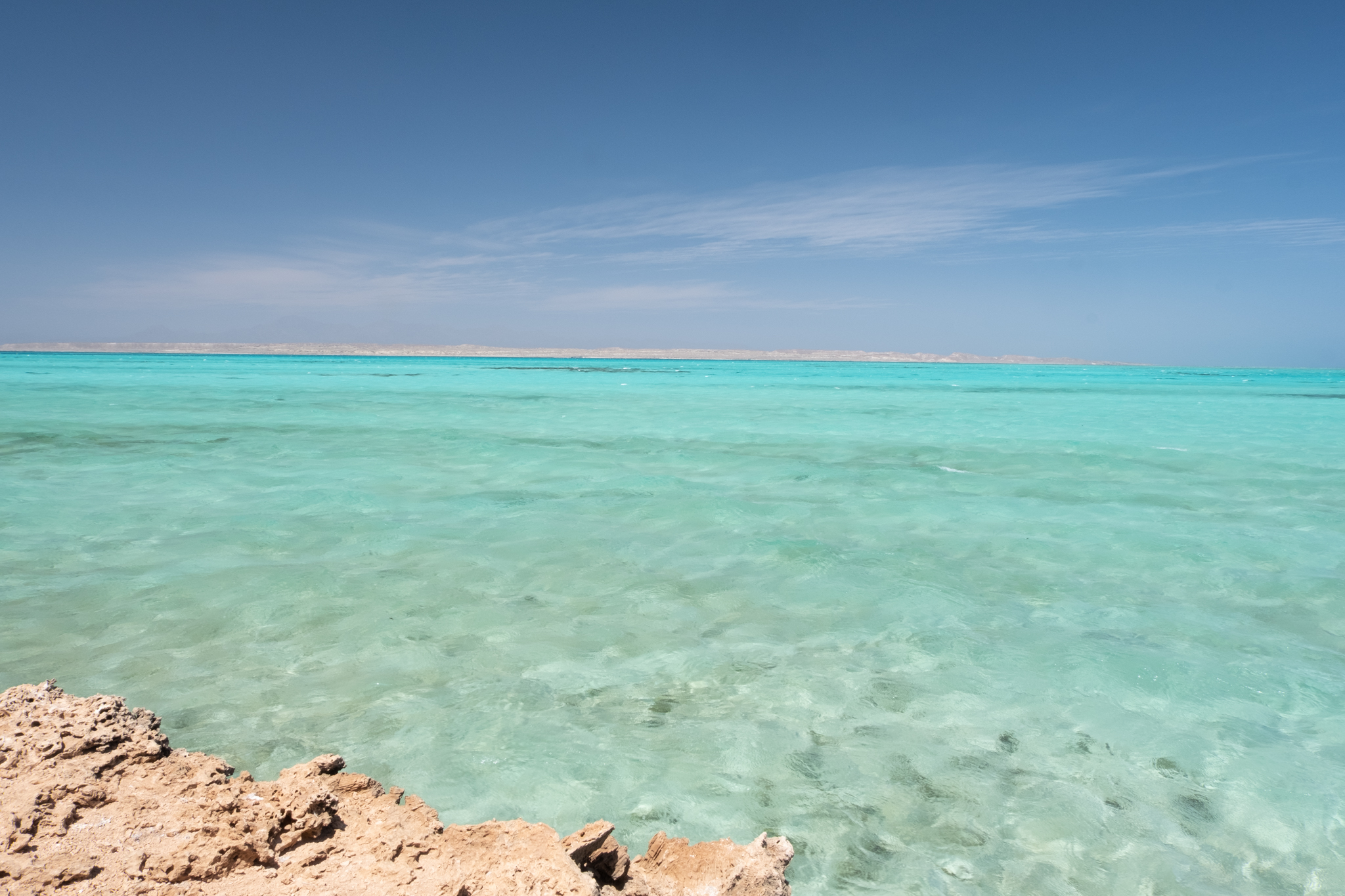 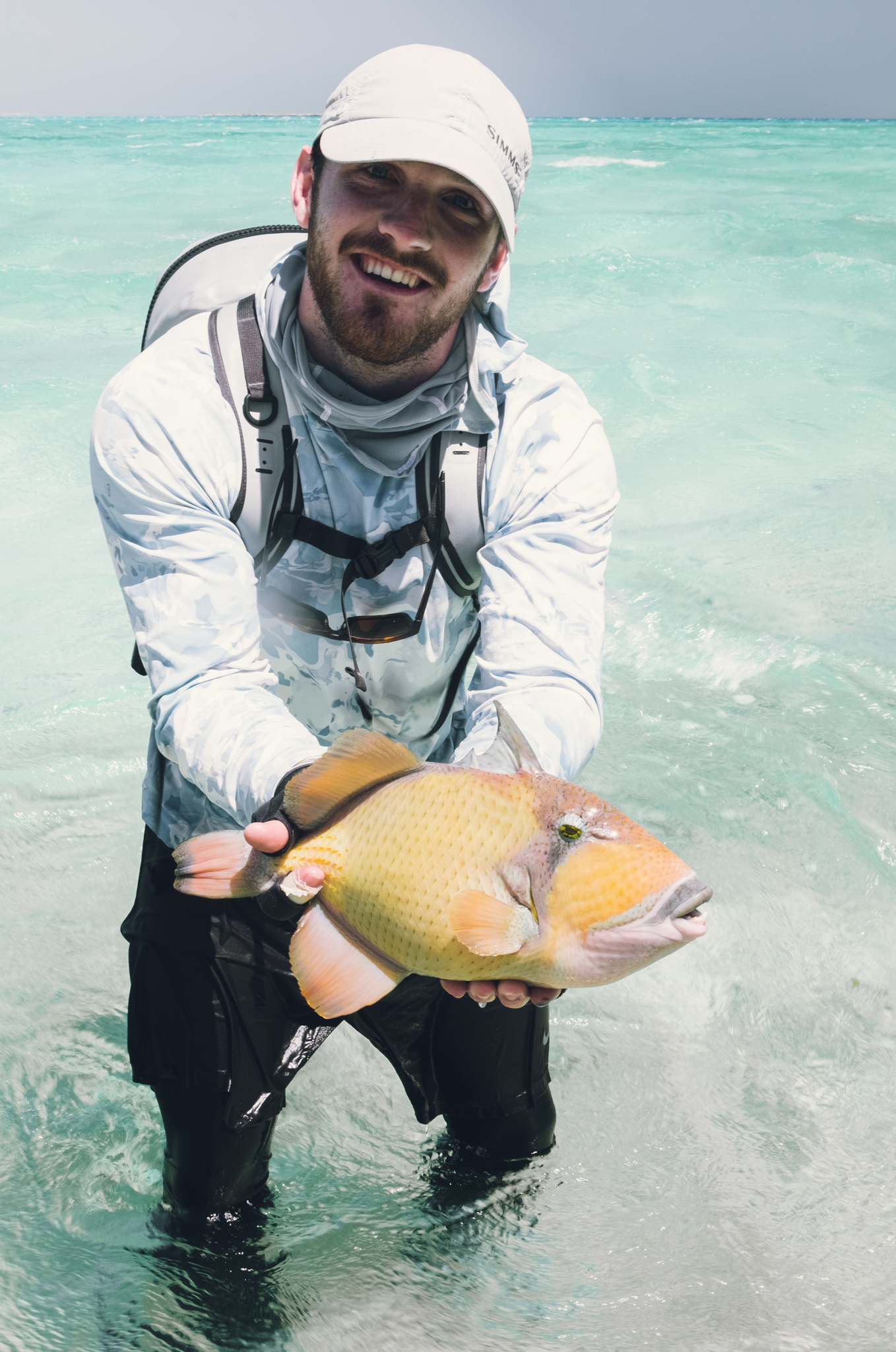 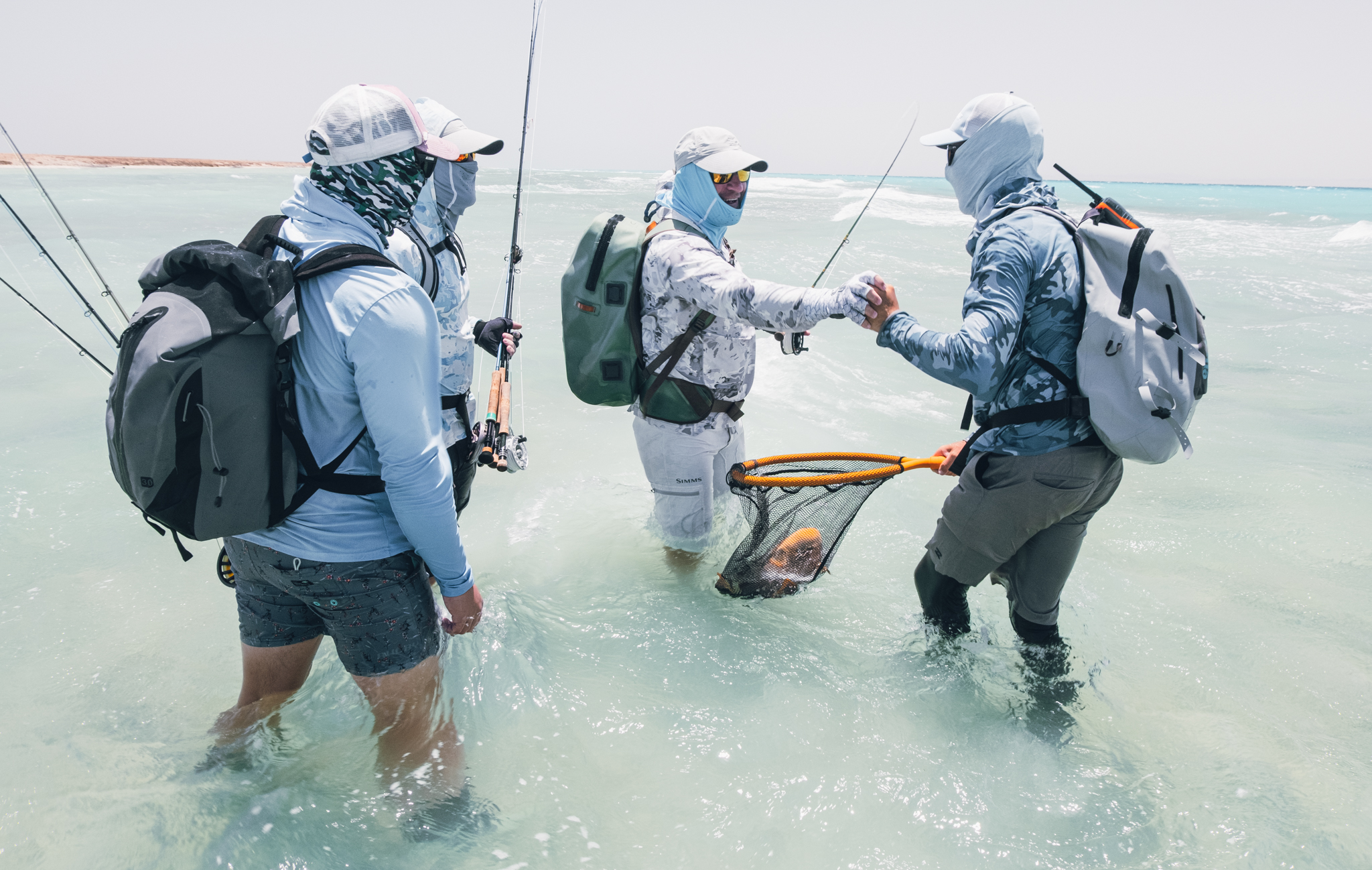 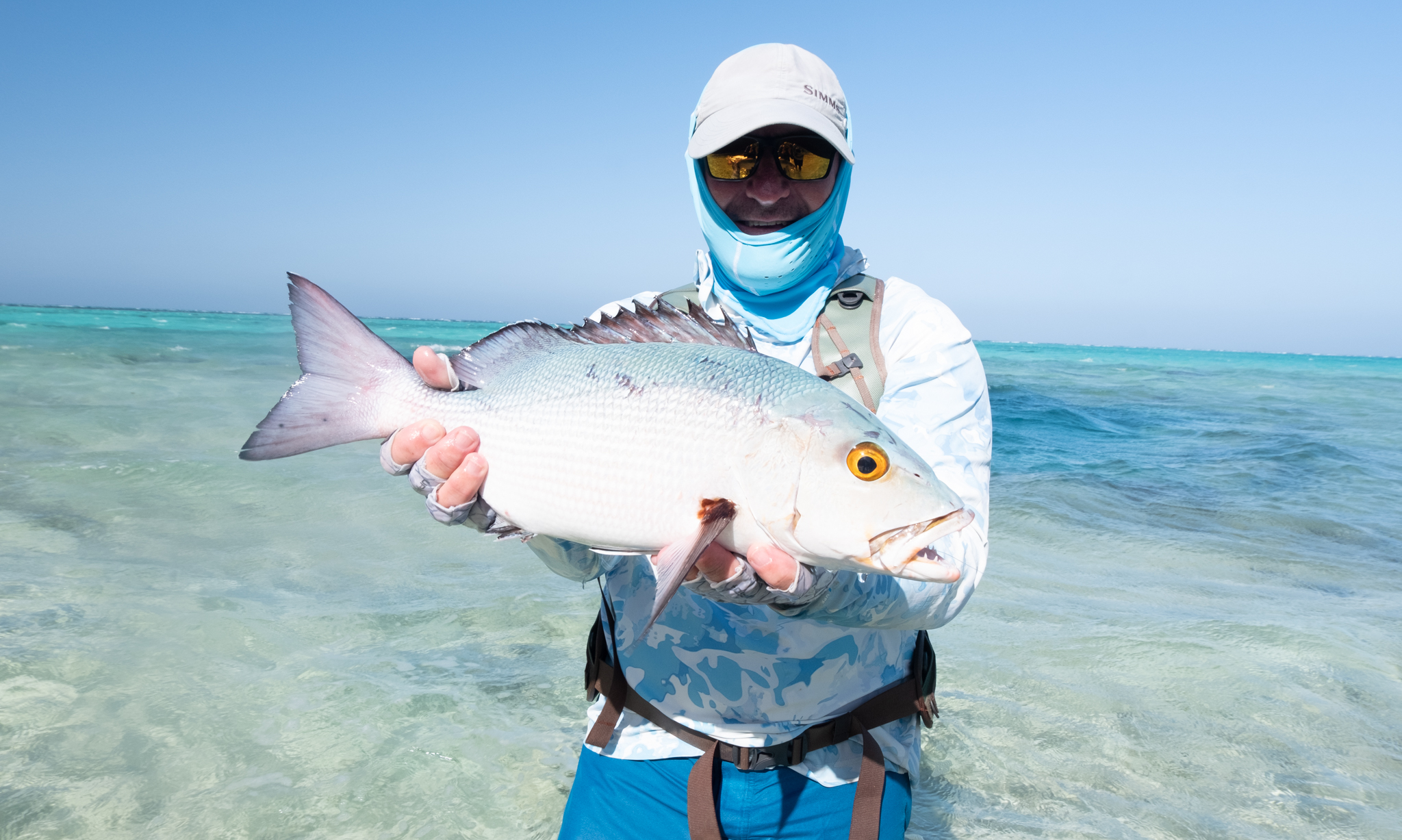 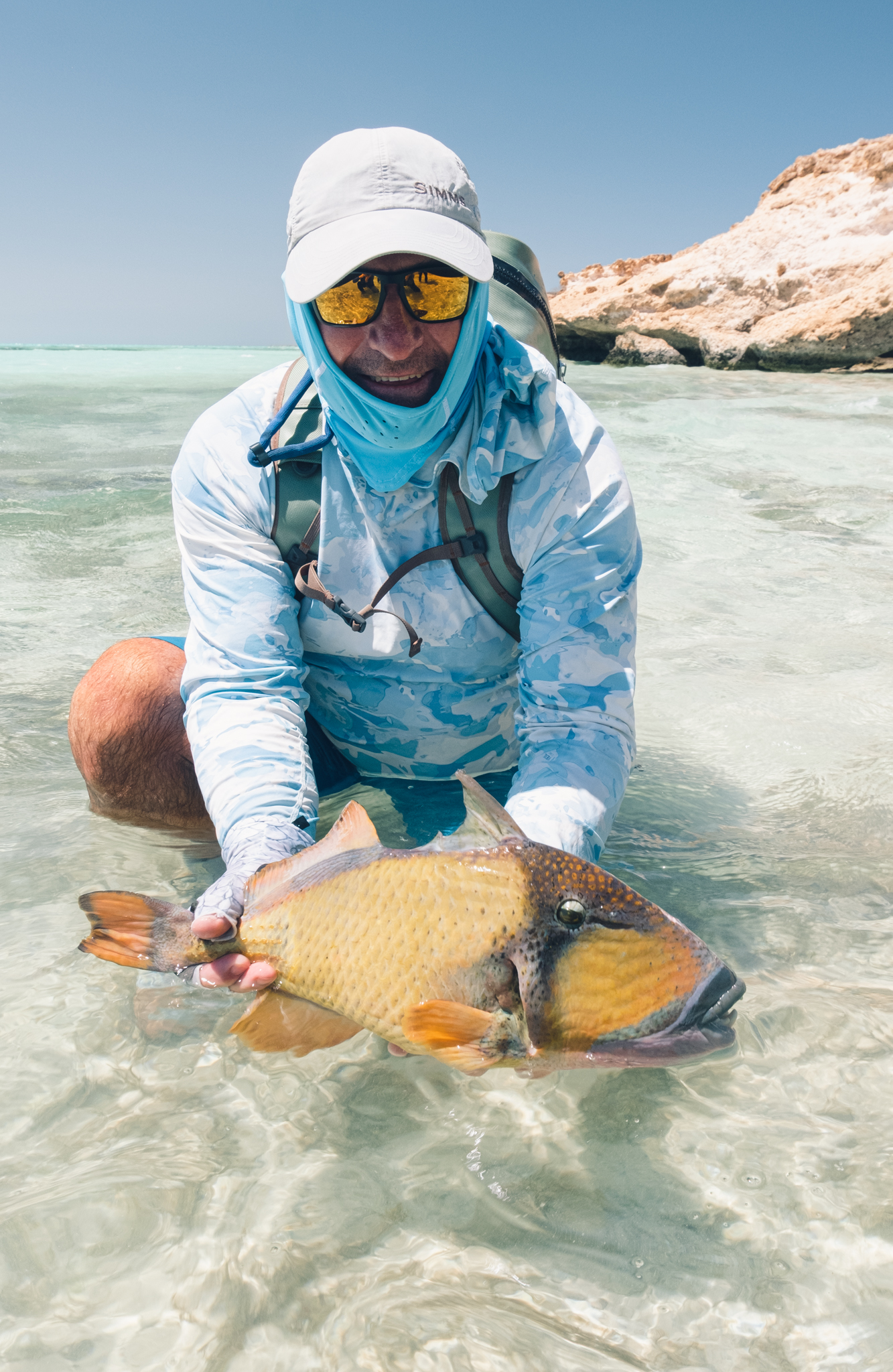 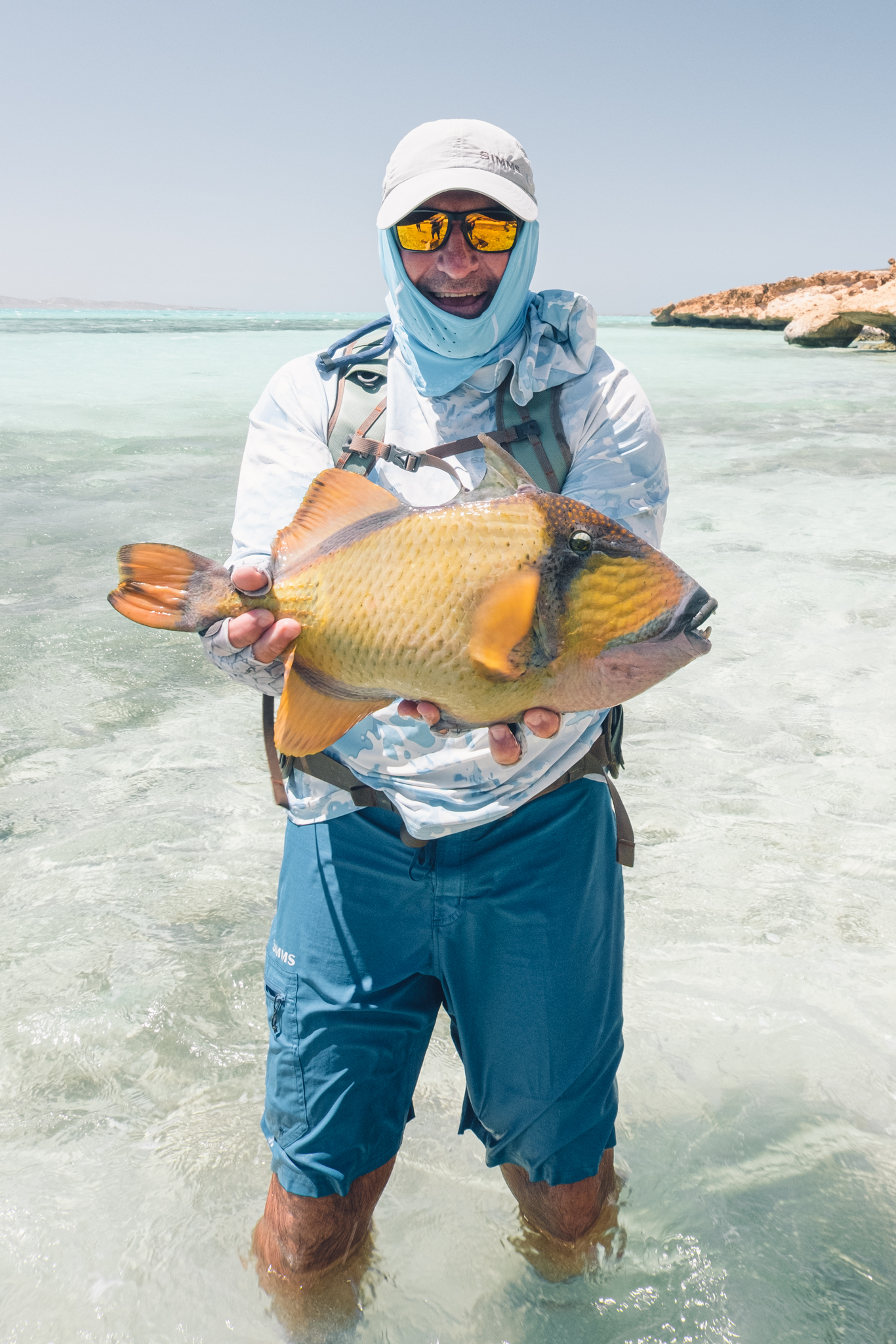 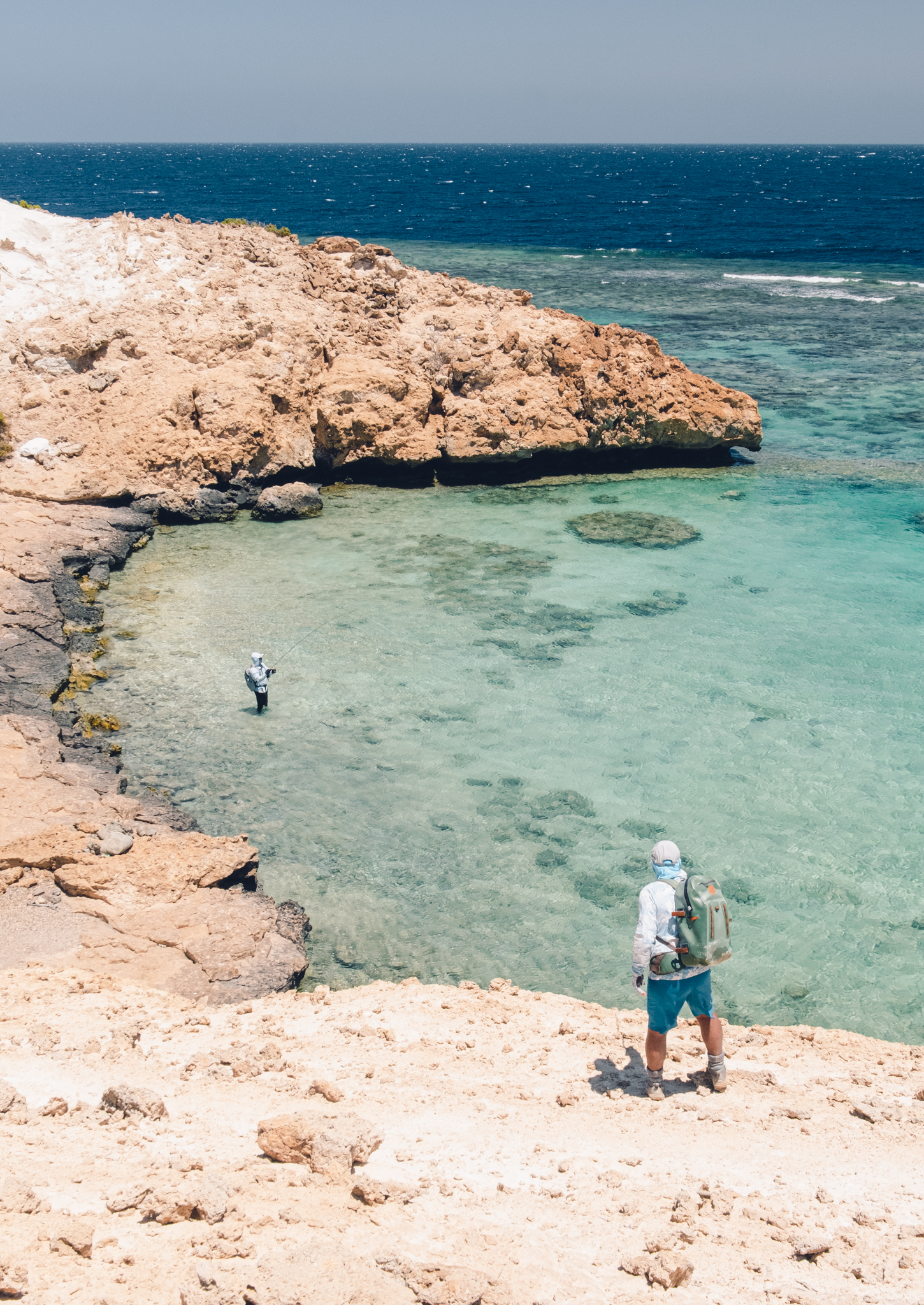 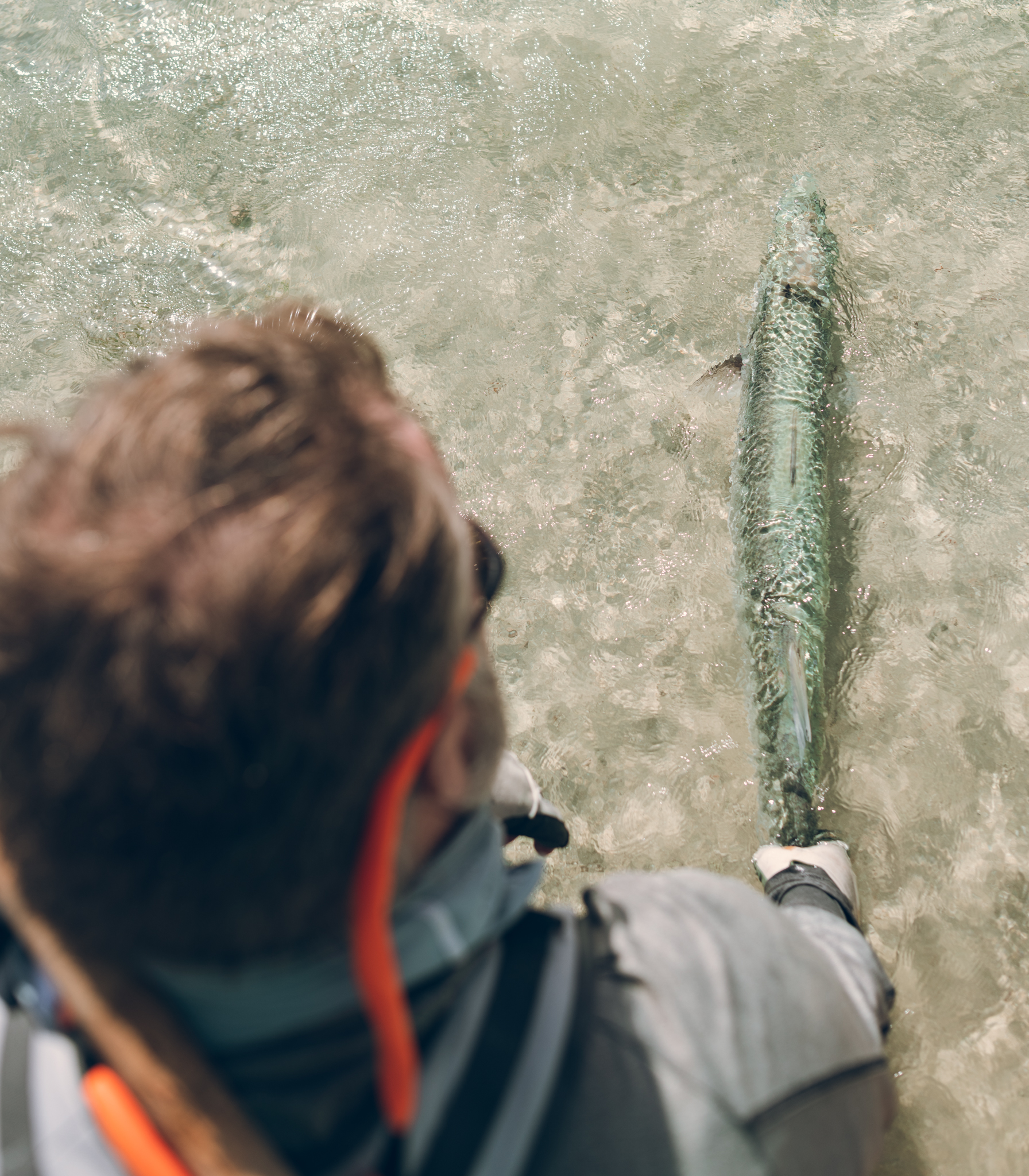