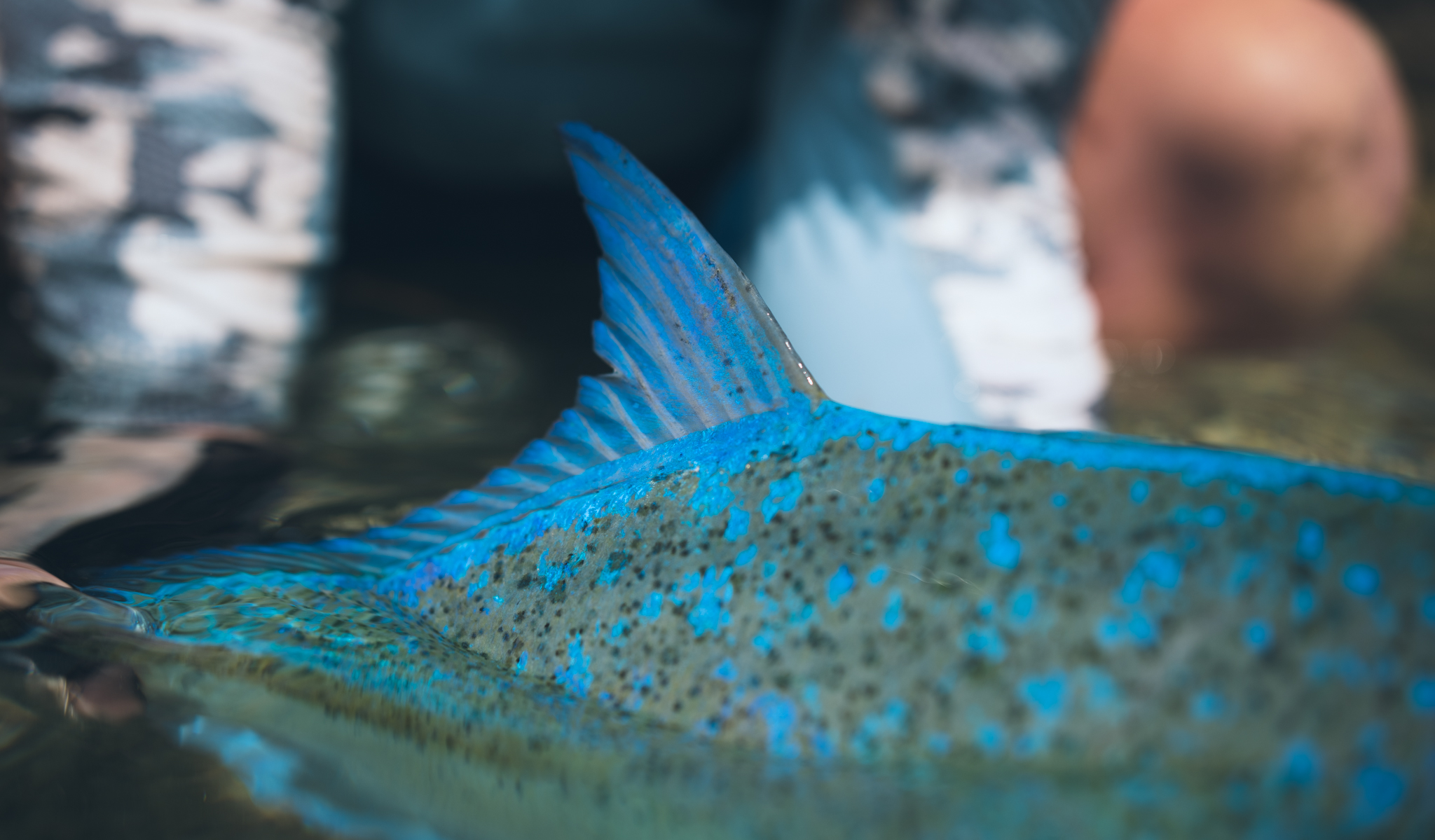 Week 3 of the 2021 Sudan season welcomed guests from the United States of America and, a little closer to home, Namibia.

The start of the week was tricky with a 15-20 knot wind, constantly changing from North to South. These tough conditions not only made casting a little more difficult but also seemed to put the fish down. However, despite the tough conditions, the guys managed to pull it off and land some truly memorable fish!

One of the many highlights included Christo Senekal, all the way from Namibia, connecting with an awesome GT once more on the flats. The GT inhaled the brush fly right at our feet and proceeded to take off across the flat, it was a moment that won’t be forgotten by neither guest nor guide! Shortly before the GT was brought to hand, Frikkie Maartens was able to land an incredible yellow margin triggerfish which was feeding hard on the rocky flats just short of the surf zone. The fish steamed off for the surf the moment he felt the hook, thanks to Frikkie’s careful hand he managed to stop the fish right before it was too late making for another memorable moment on the Nubian flats. 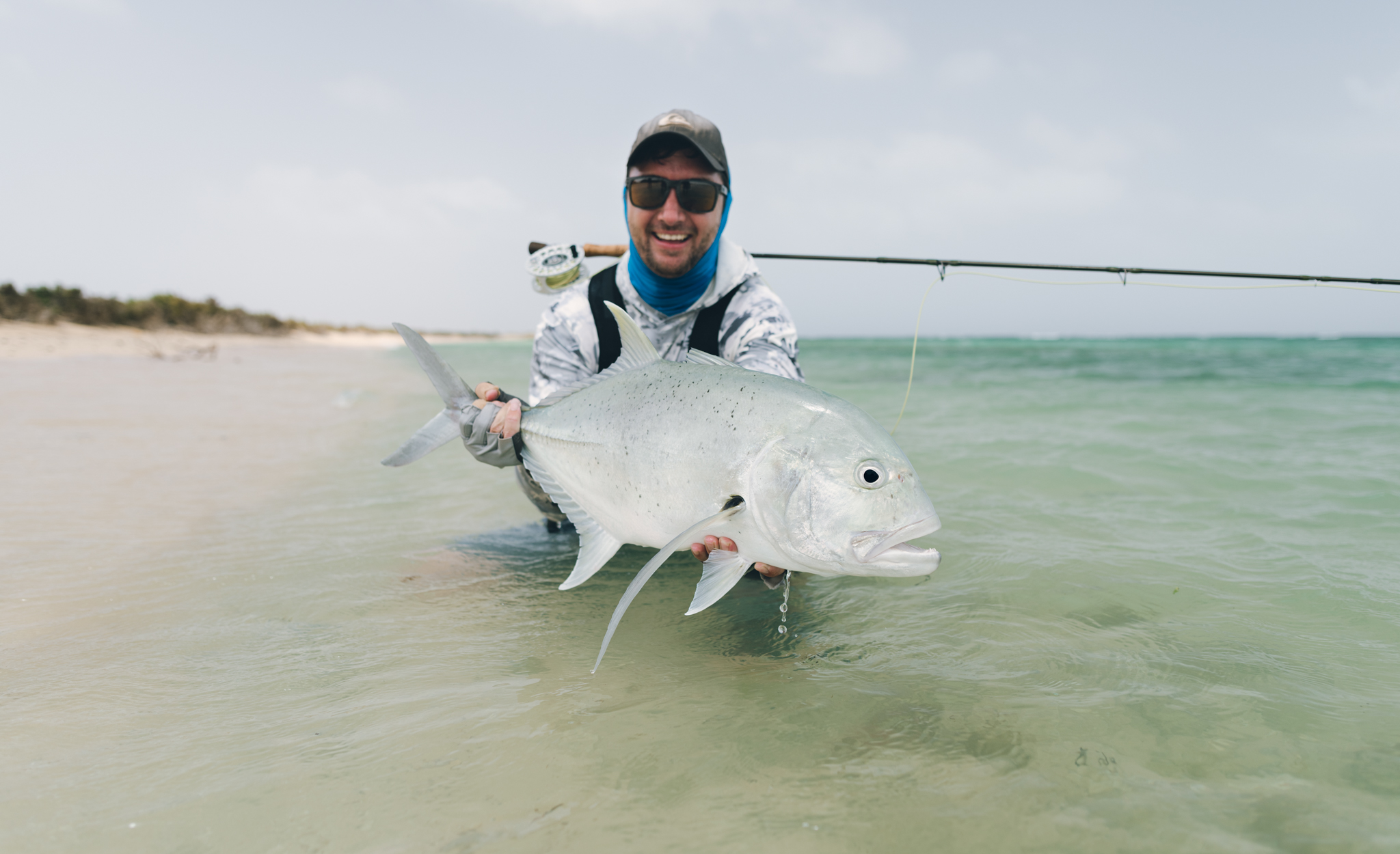 As the week progressed, the weather seemed to ease up much to the guys delight! It wasn’t long before we were back onto the fish as they seemed to feed far more freely in the calmer weather, as if the light switch had been flicked on. The following day saw 45 bluefin trevally come to hand as well as a fantastic rainbow runner which came towards the boat in pursuit of a NYAP. Frikkie Maartens made no mistake once more and managed to put the fish in the boat. Earlier that morning he was also able to coax a truly magnificent barracuda on the flats after it had made short work of a bluefin trevally that Frikkie Botha had hooked a moment earlier. The barracuda took off across the flat with incredible speed and an insane acrobatic display… We were fortunate enough to keep it buttoned as we were caught off guard and were simply using 110lb mono intended for GT’s. Thankfully the fly found the scissors perfectly making for yet another amazing memory. 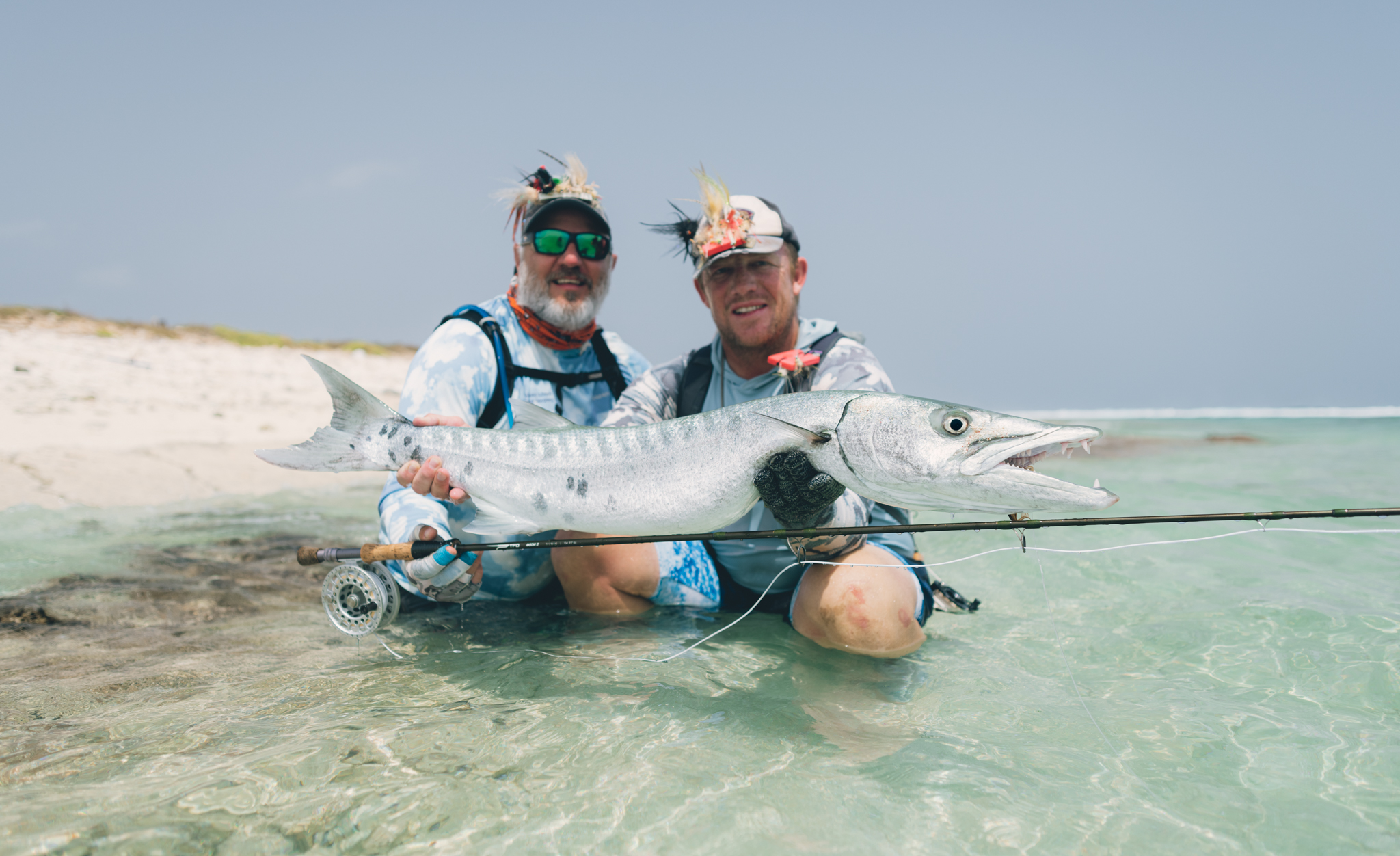 It was an incredible week despite the inconsistent weather. The guys enjoyed many laughs and smiles on and off the water whilst fishing hard and landing a great number of incredible fish on Nubian flats. As we sadly say goodbye to this week’s group of guests, we look forward to welcoming the next group of guests onboard as we start to take on the Northern flats of Sudan. We cannot wait to see what comes of it! 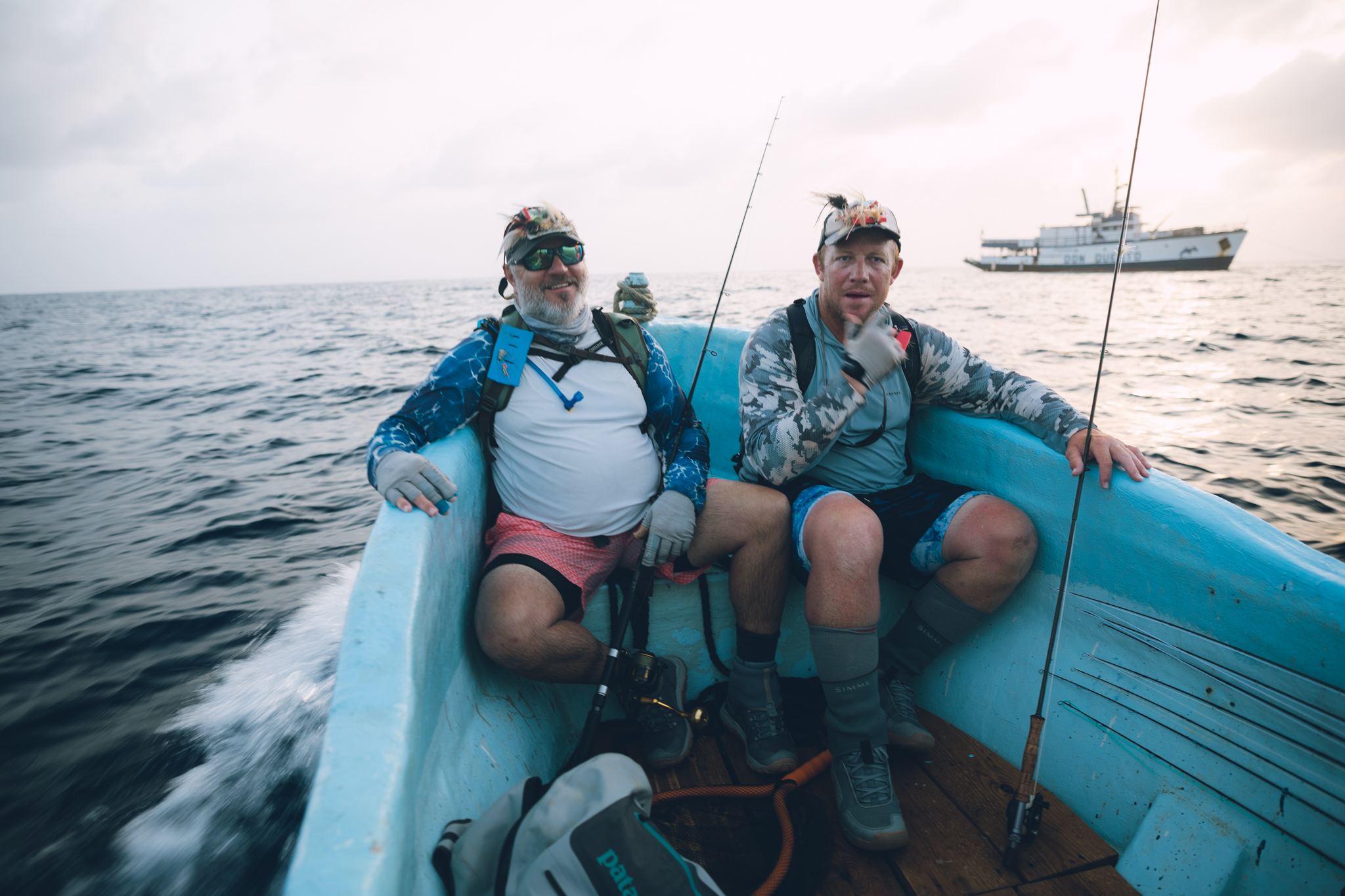 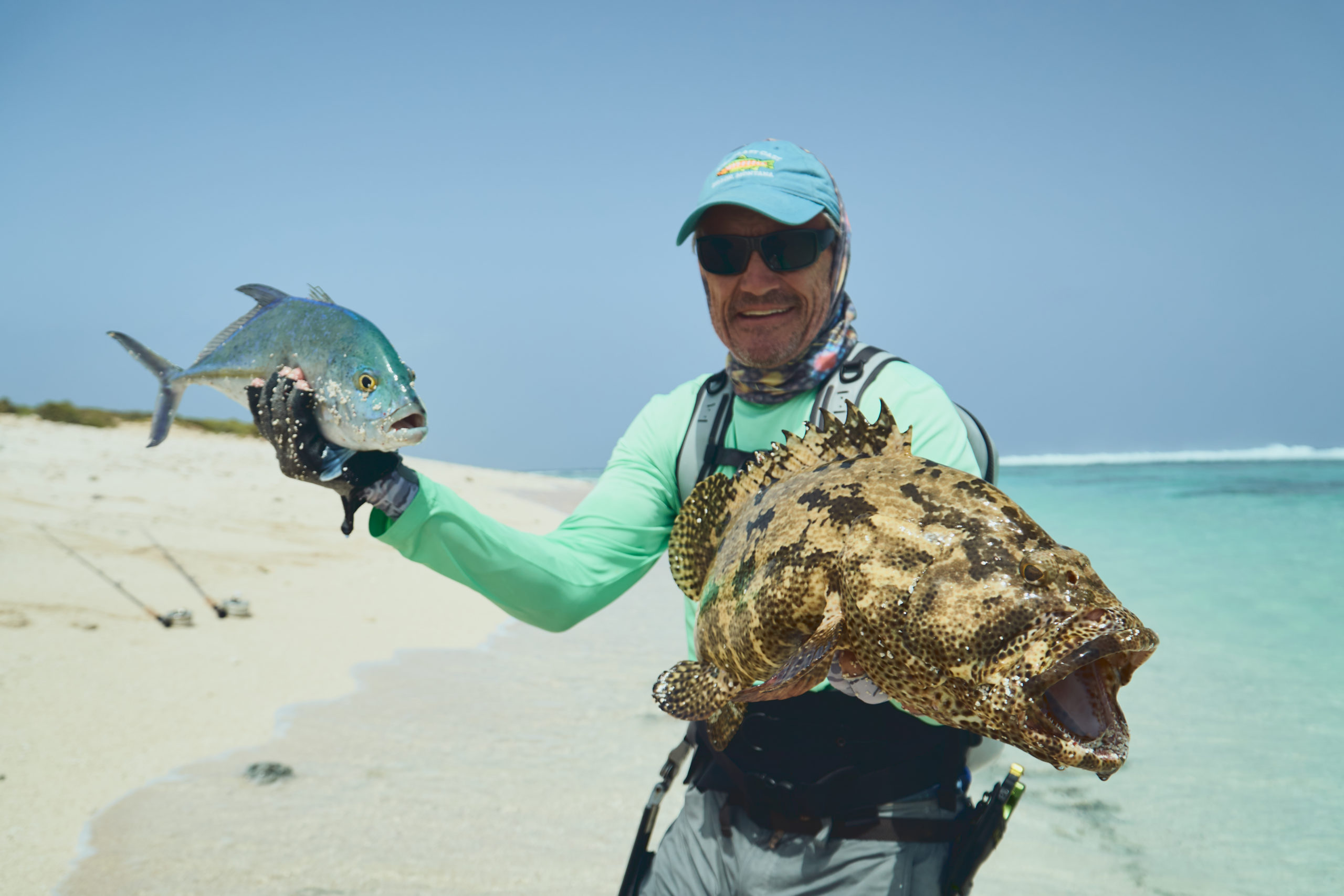 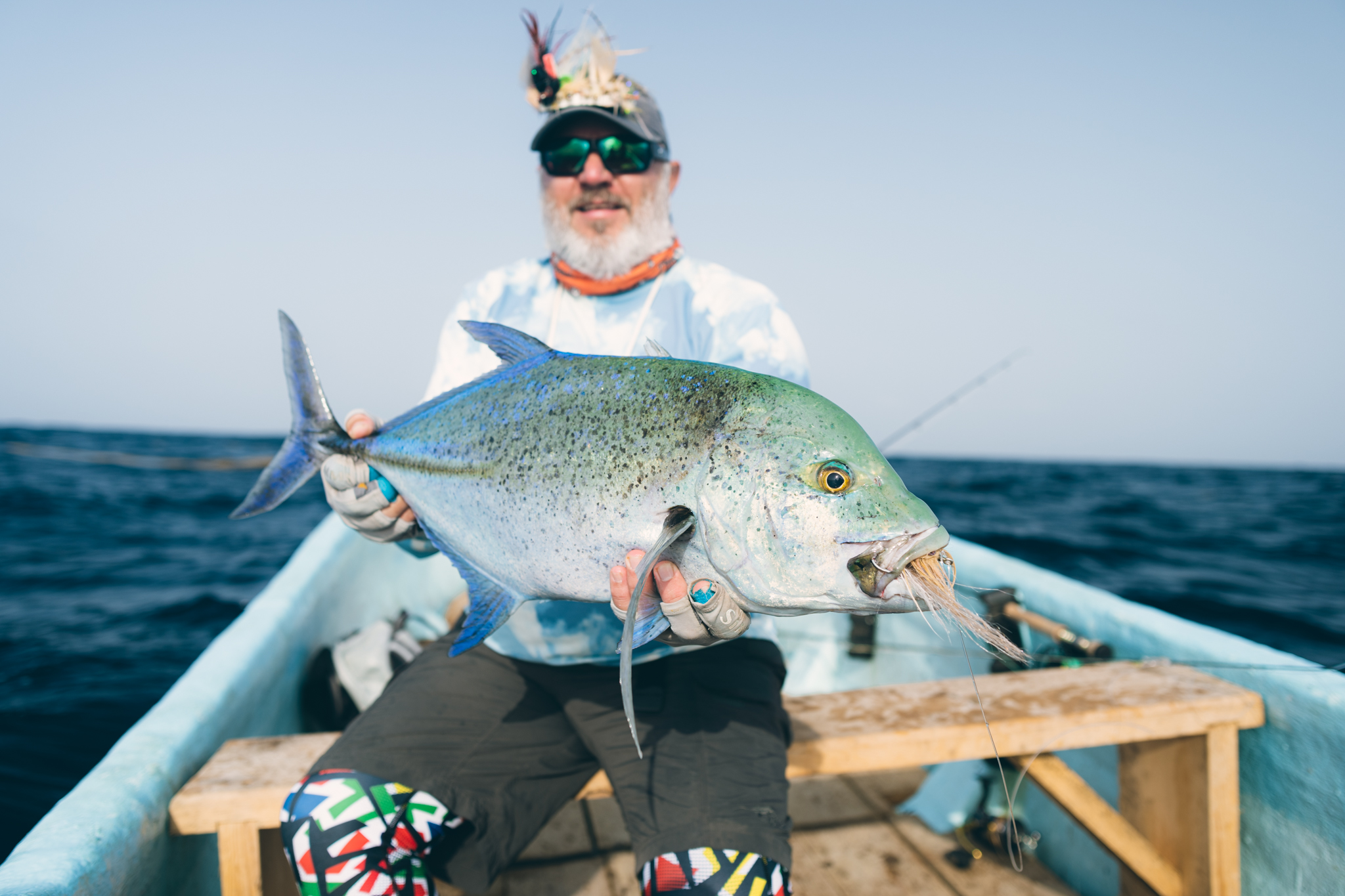 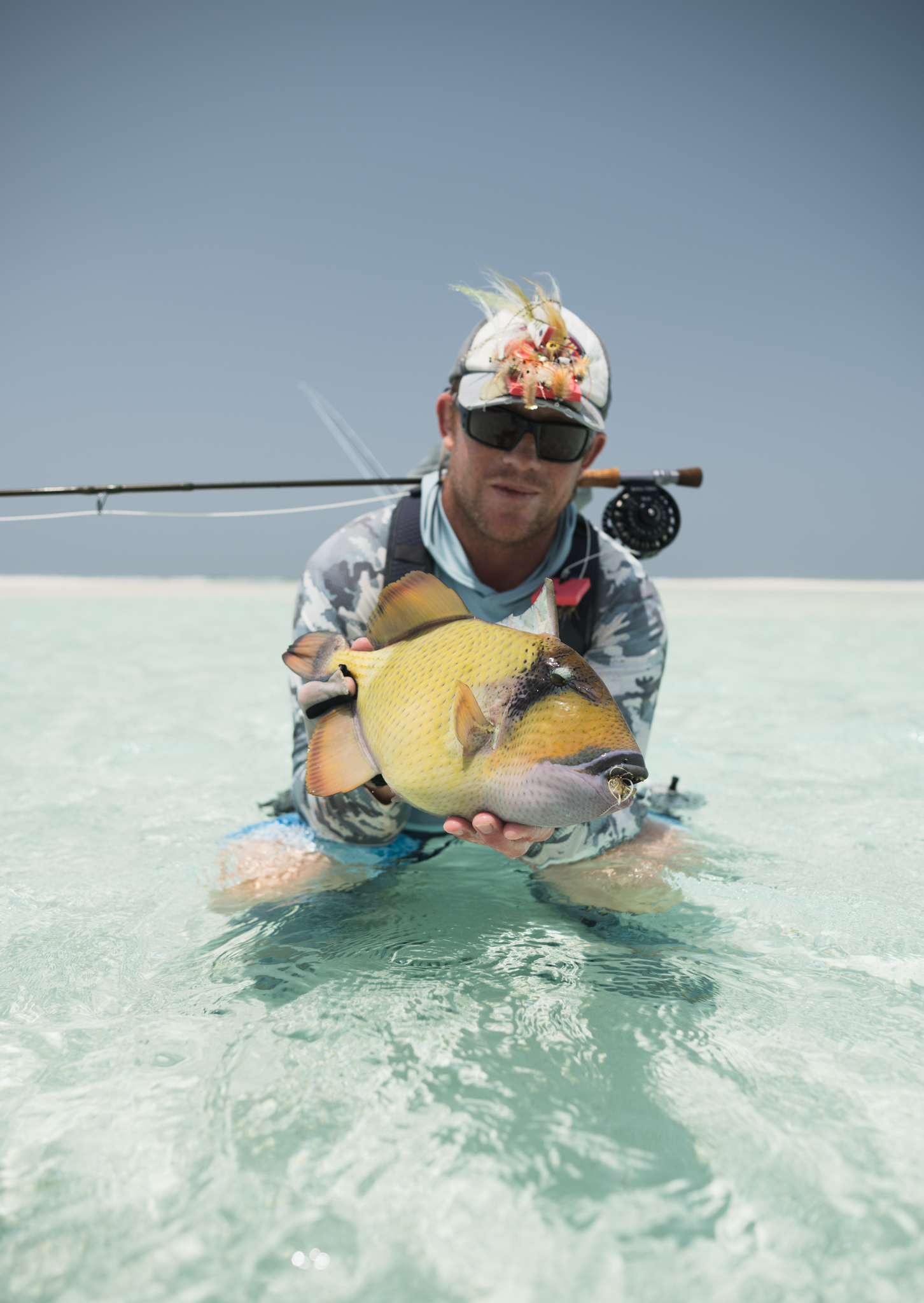 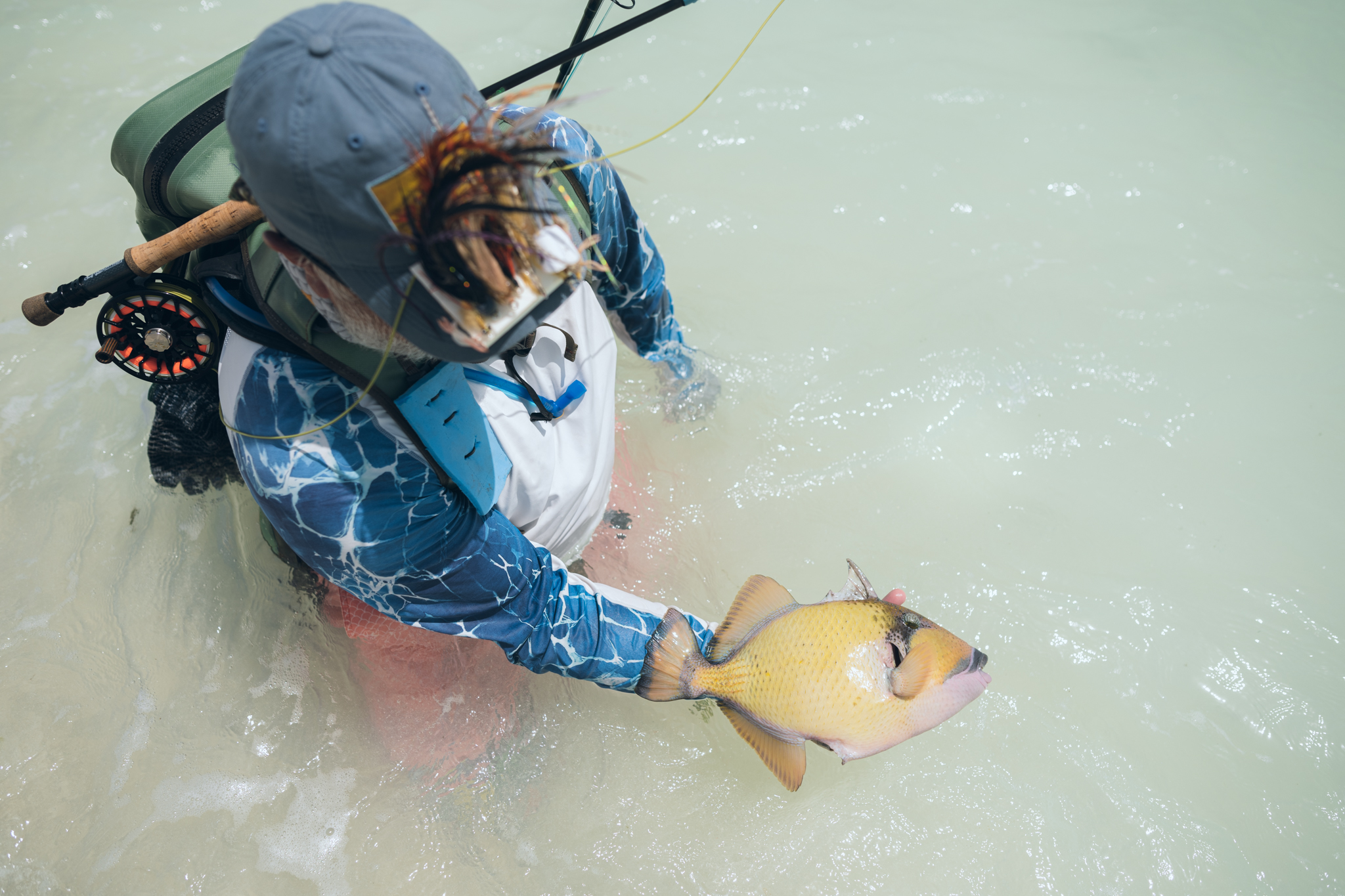 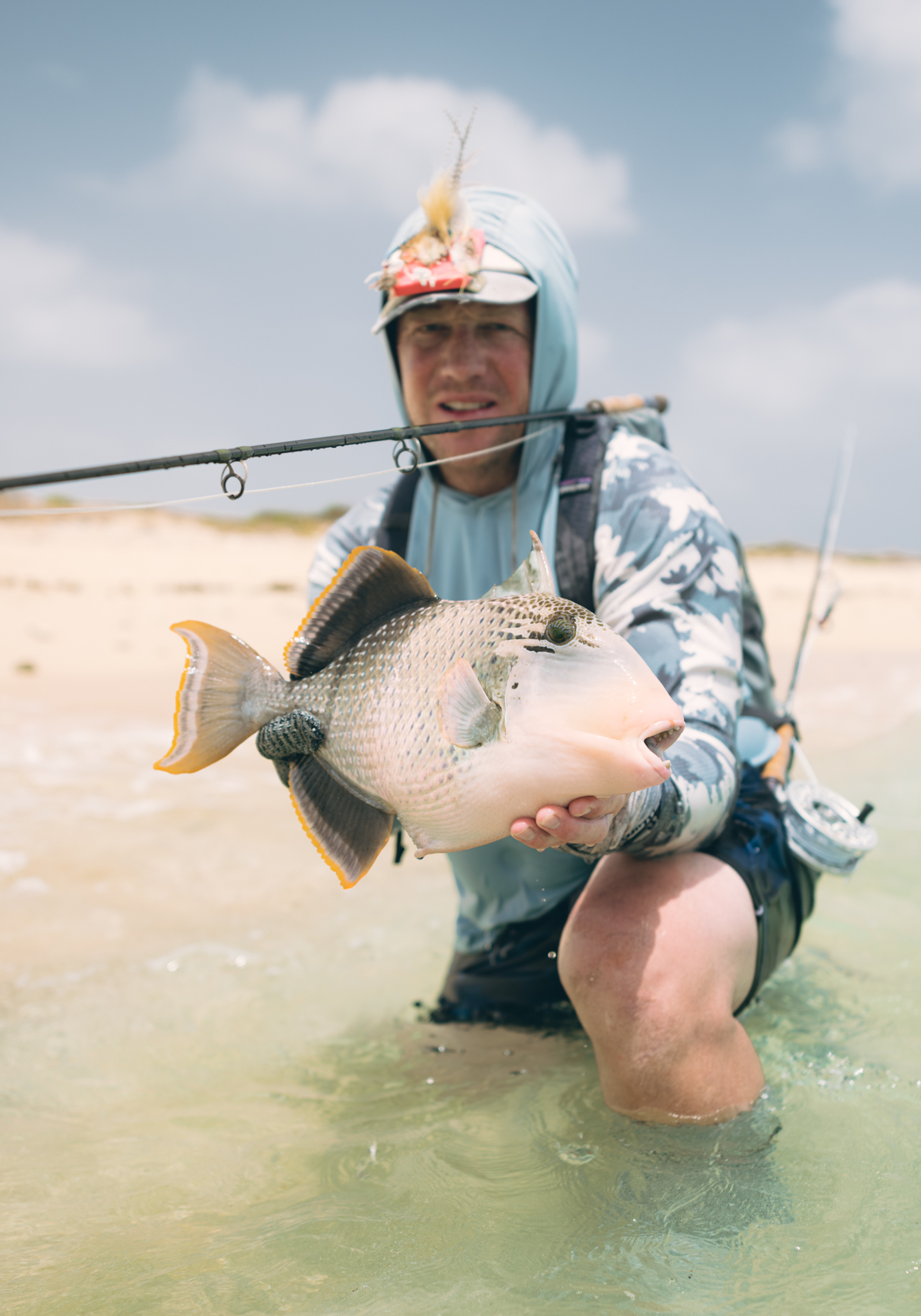 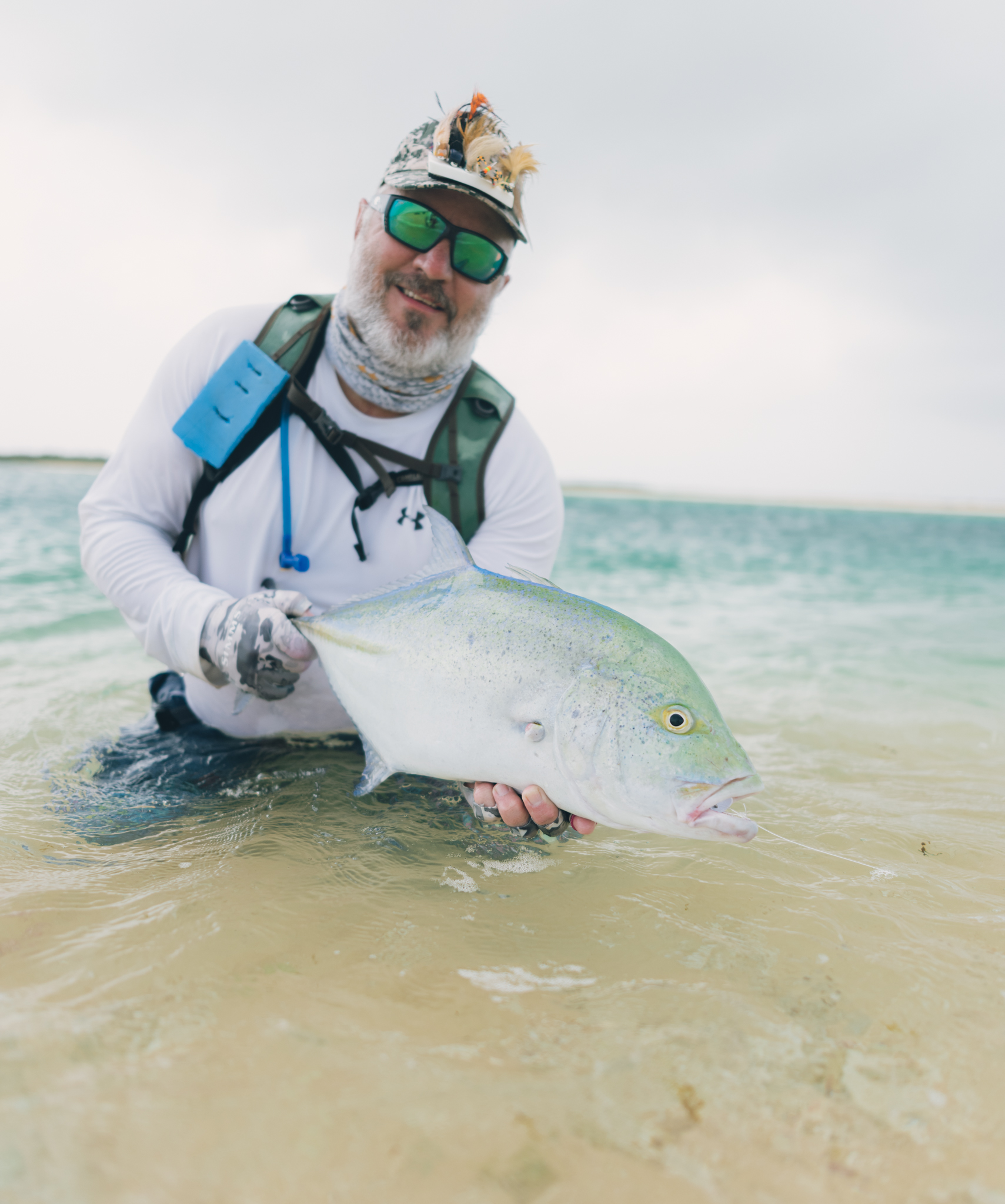 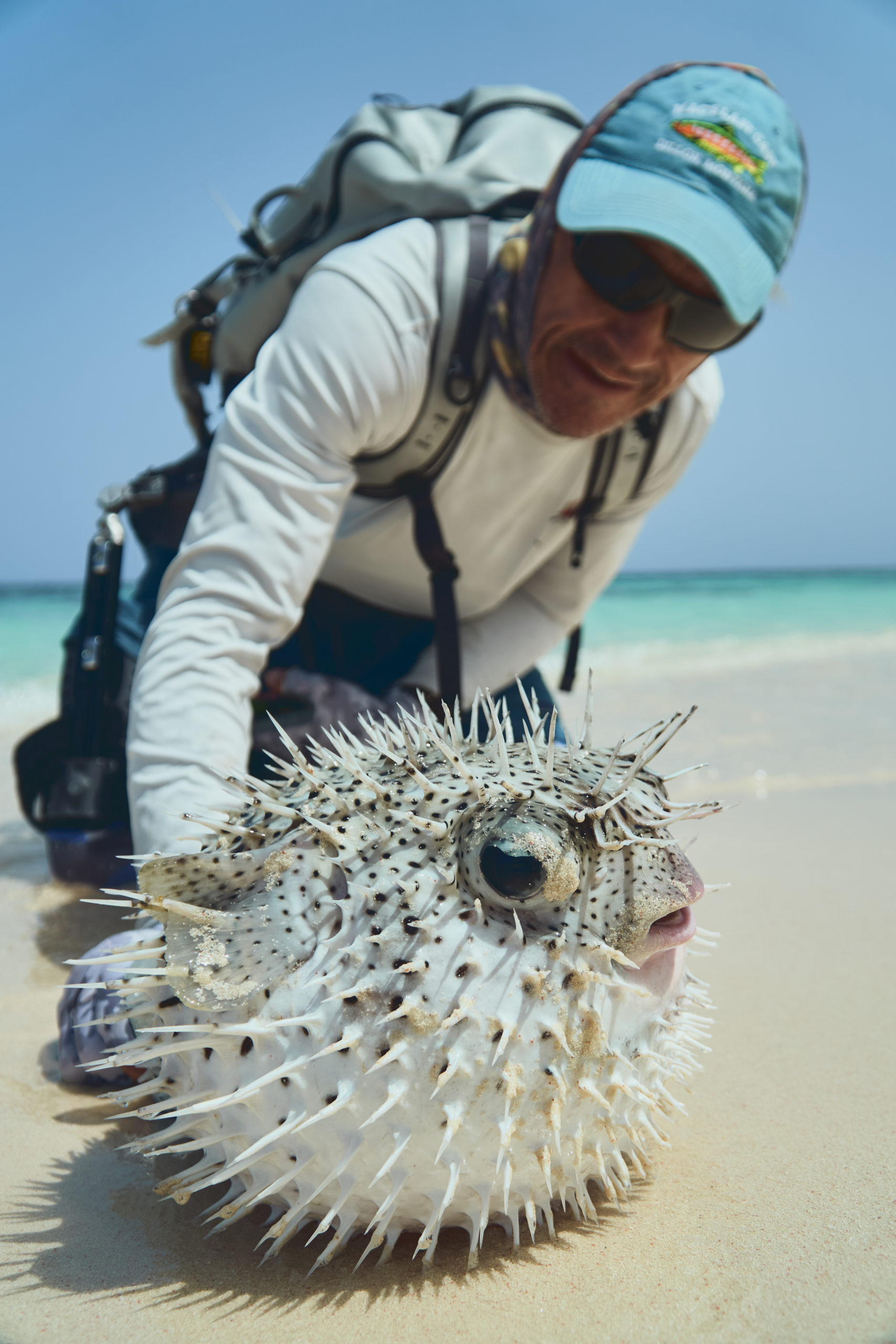 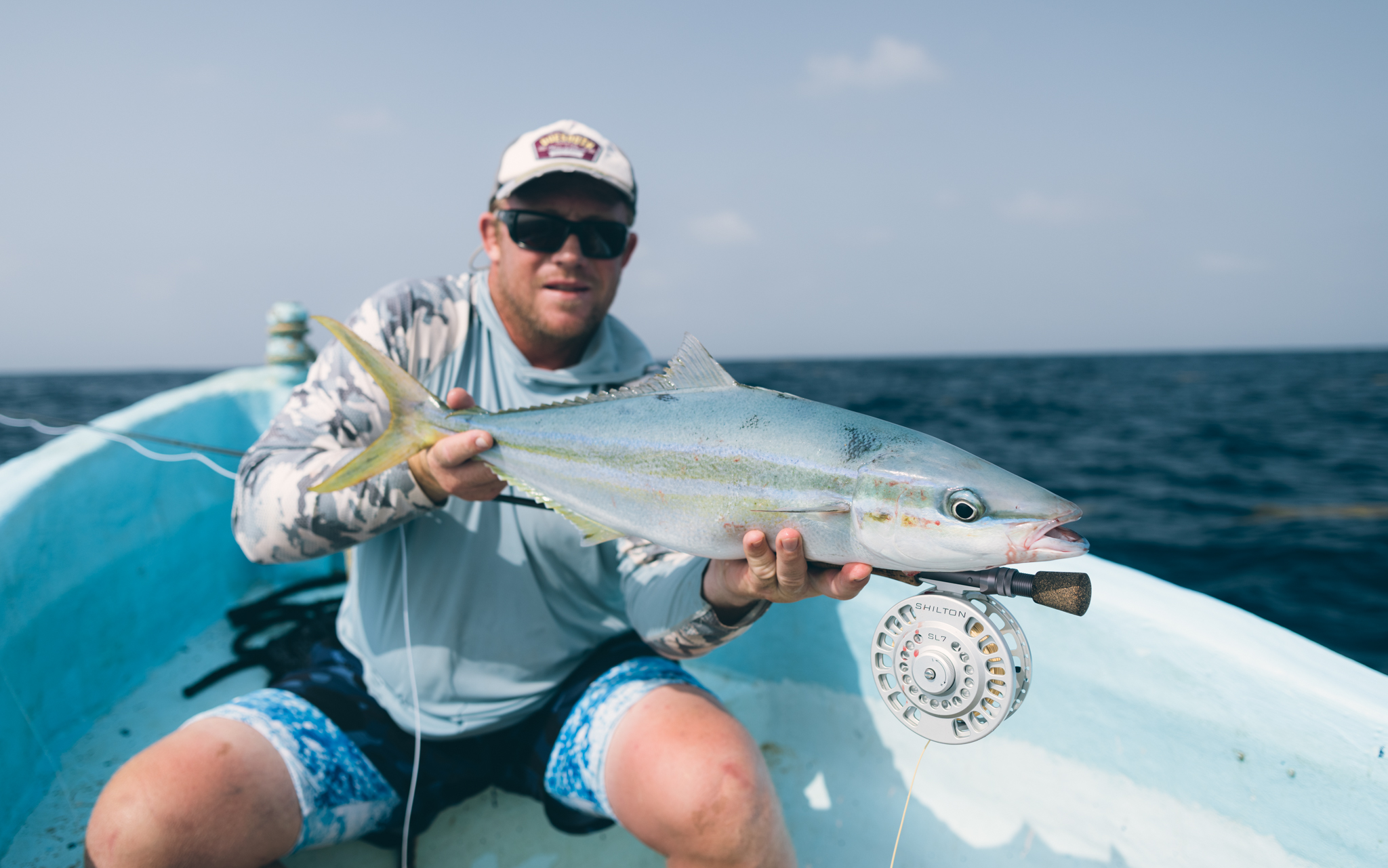 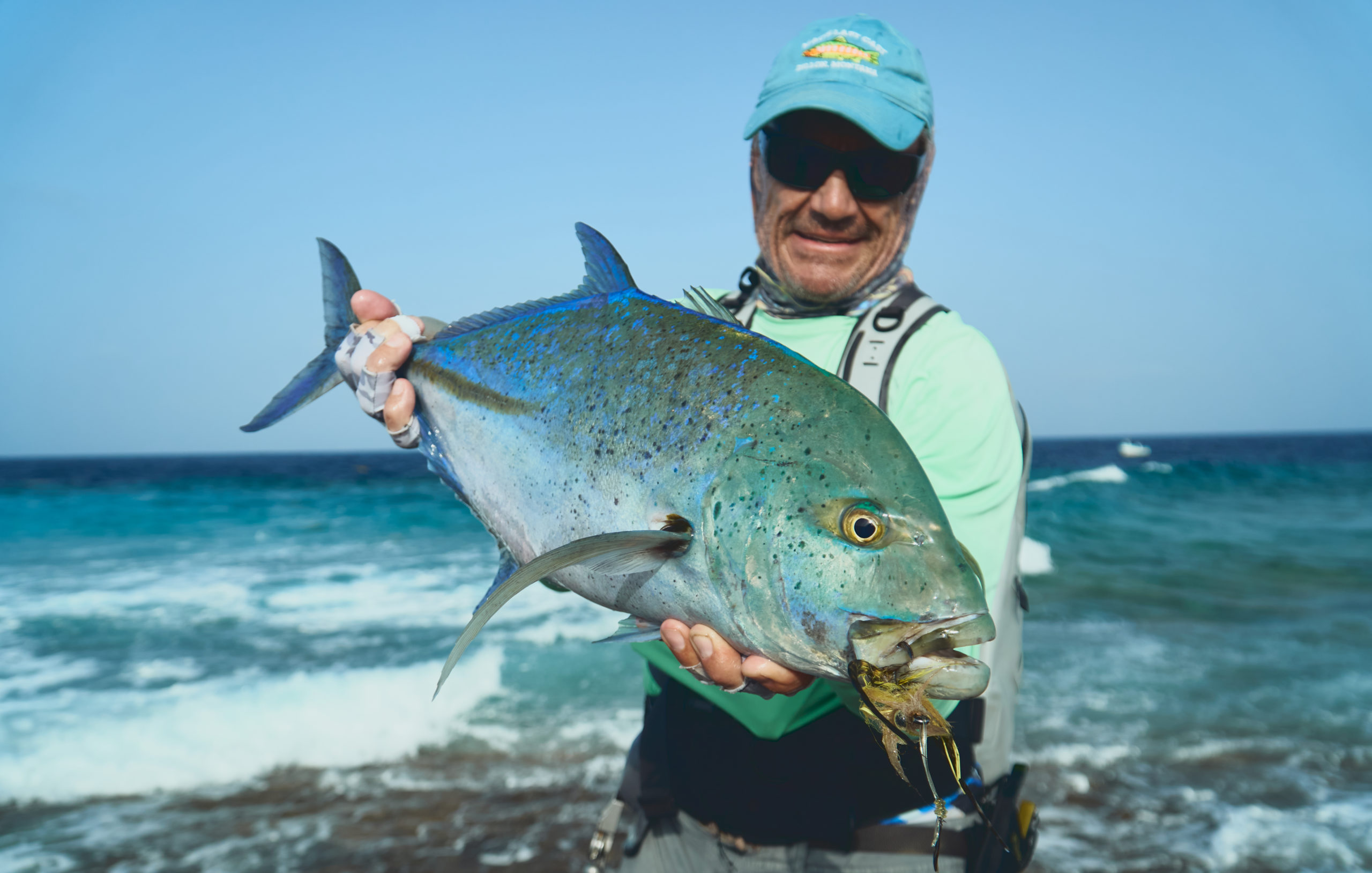 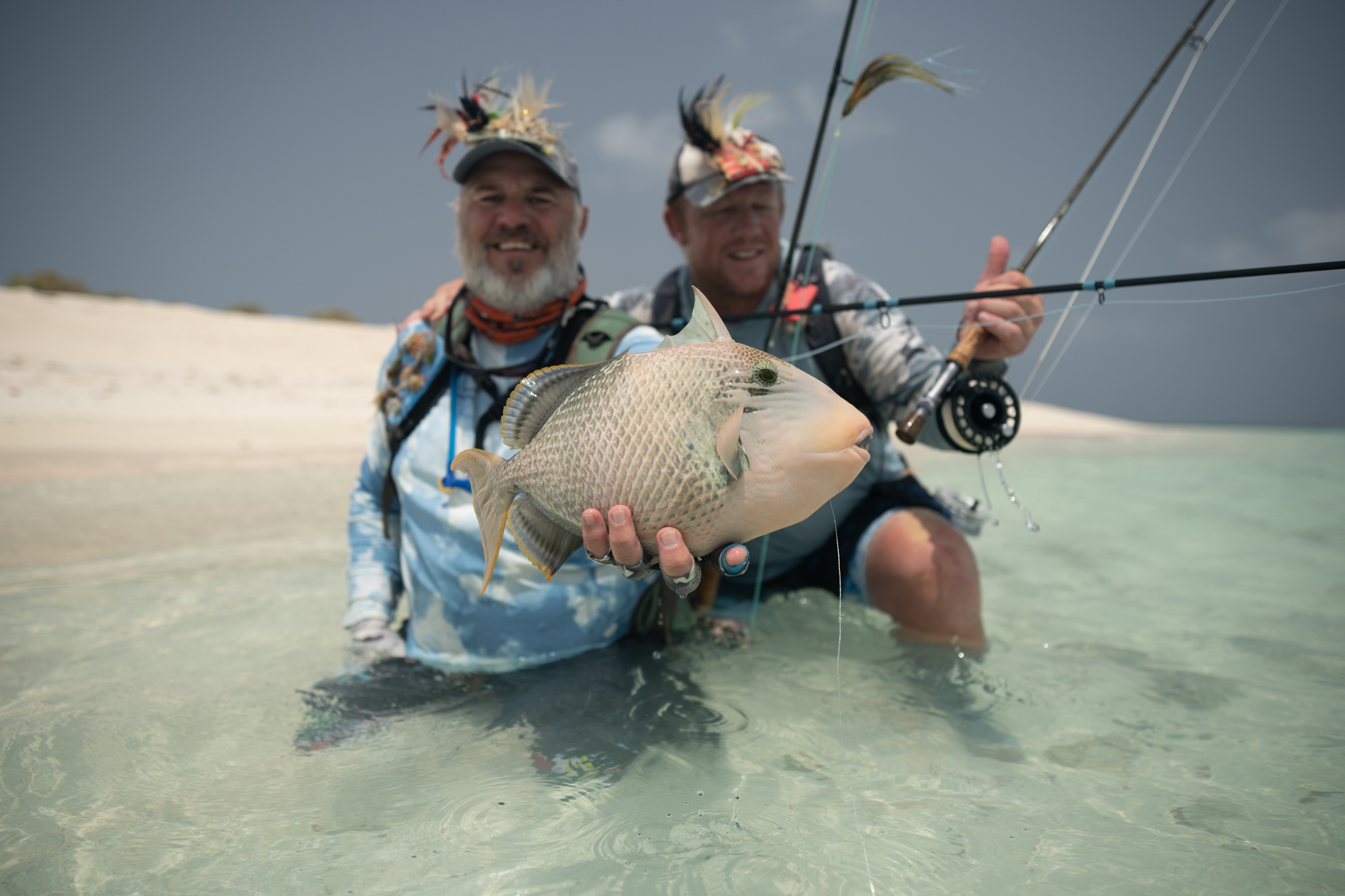 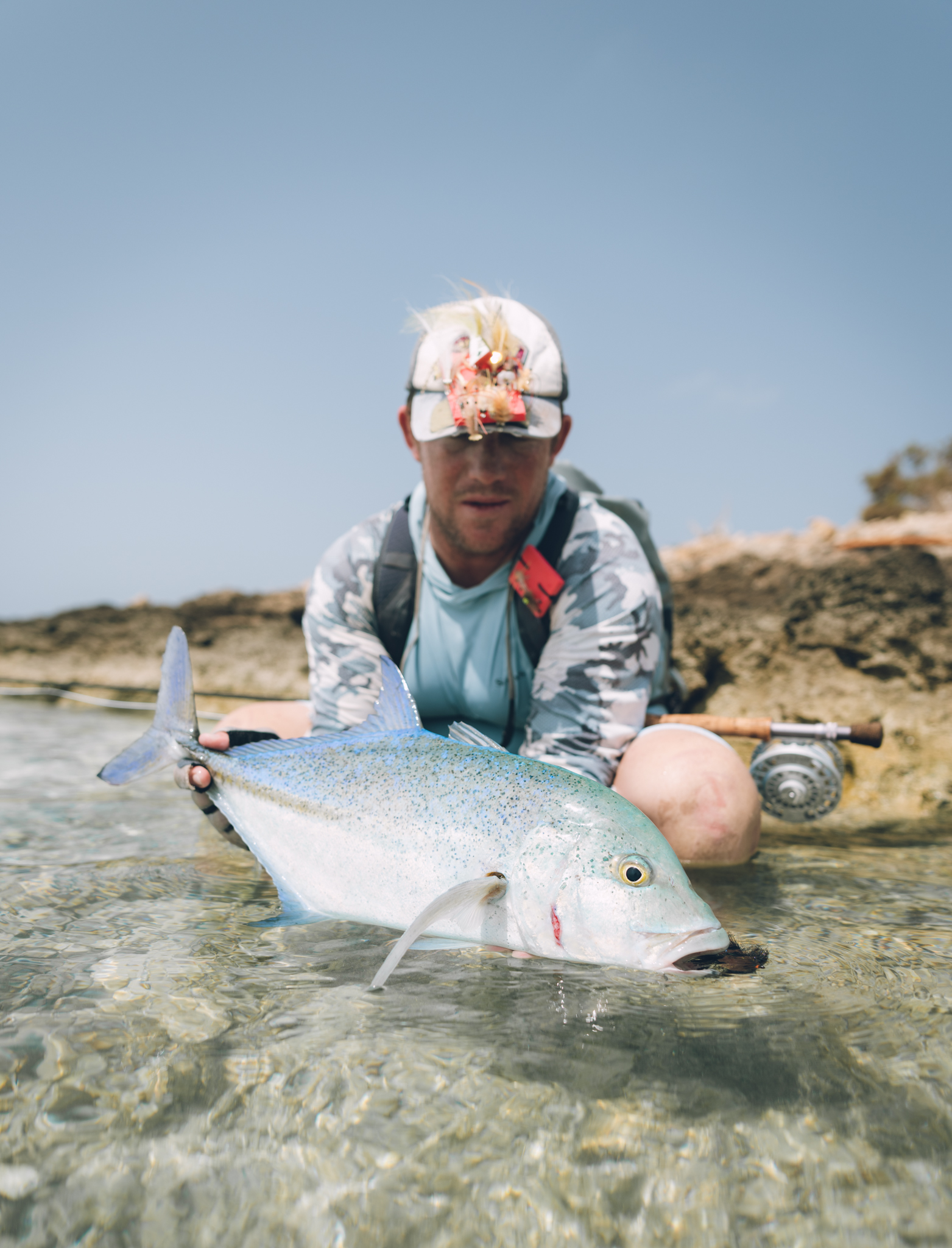 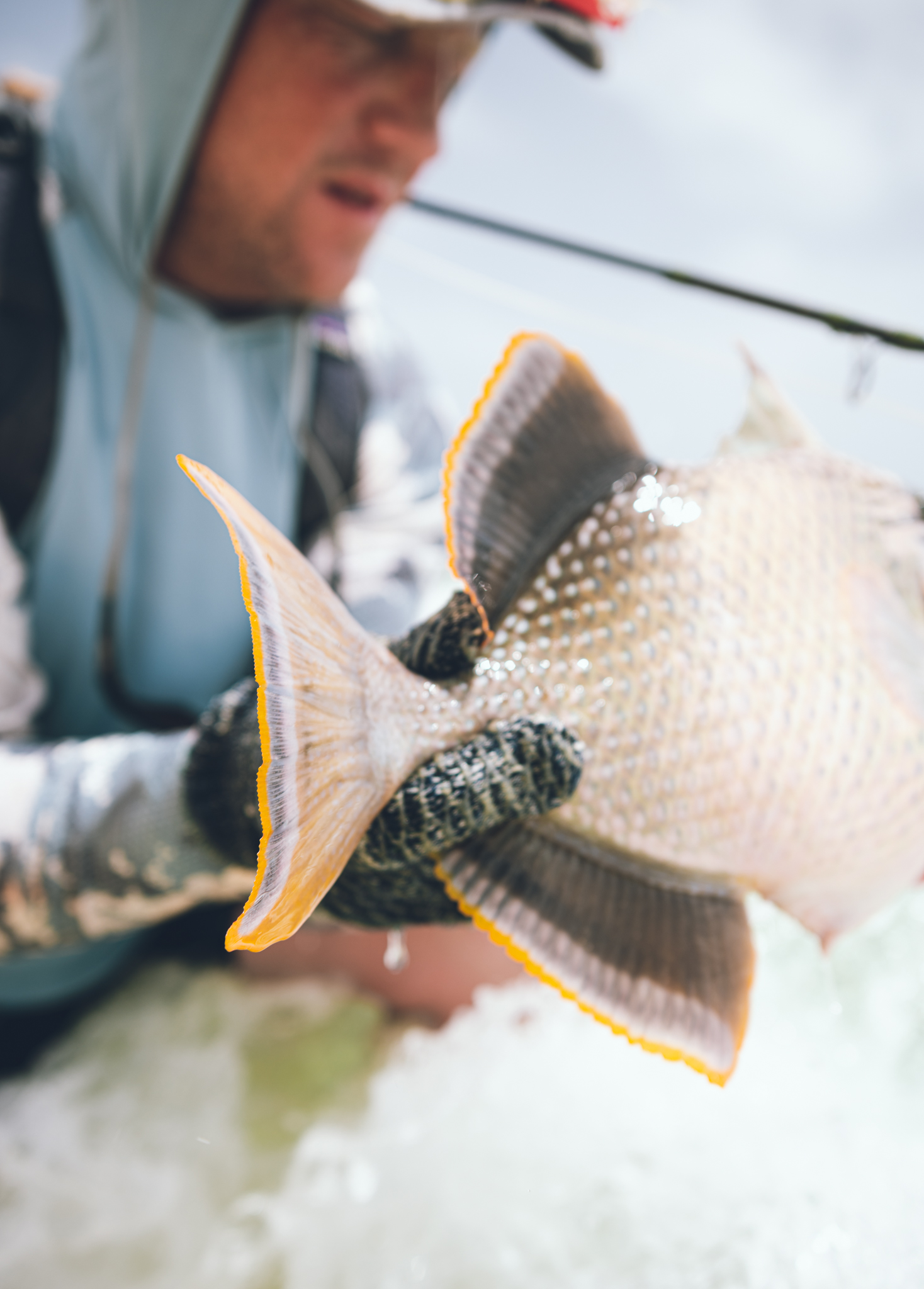