After a good three week break back home in South Africa, tying flies and spending endless hours poring over maps, we made our way back to Sudan for the second stint of exploration on the Nubain Flats. I was heading up a week early to accompany the mother ship as it made its way to the area we would be based for the next 3 weeks of exploration. I was joined this week by fellow J-Bay local and friend, Raimer Potgieter, and with just the two of us on board as we accompanied the boat on its travels, it was bound to be an epic week. 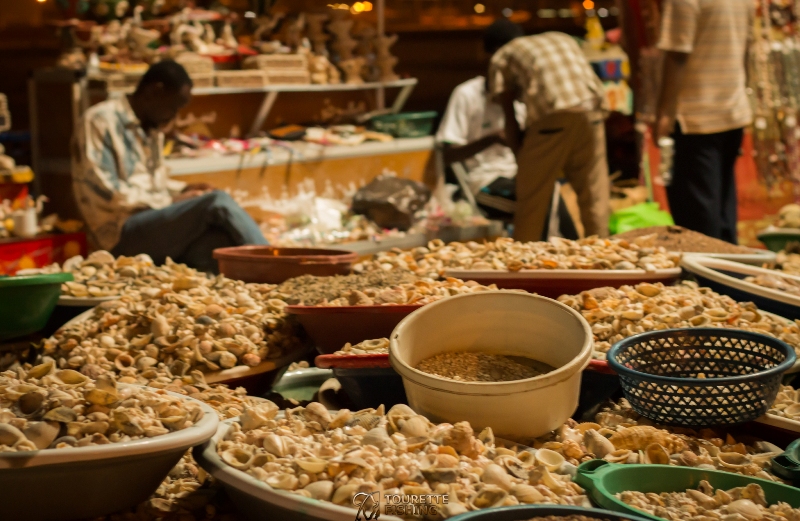 Exploring the night markets in Port Sudan. The friendly people, and getting to know the local culture, make for a really great experience.

The first day we spent cruising to our first anchorage, dredging and teasing off the tenders along the way. We had very little action dredging, but teasing over the shallow reefs and edges of the bommies produced the goods. Raimer connected with some small bluefin kingfish and snapper. However, the most exciting part of the day was when we had one really nice GT follow the tease for almost 70m. It is quite an experience controlling the tease and keeping the fish coming in hot over such a distance! Unfortunately it was so “hot” that it swam past the fly looking for the tease and left us empty handed. Nonetheless pretty exciting. On day two we walked our first couple of flats, and found good numbers of fish on them. Loads of bluefin cruising around, some smaller sized GT’s, barracuda, and trigger fish – both Yellow Margin and Titan. Raimer presented to a number of fish. He had a nice sized bluefin chase the fly right to his feet, and got the interest of some trigger fish as well. The fish were however not committing, and although there were plenty fish on the flats, they were definitely not in a feeding mode. We finished the day “bommie bashing” off the tender with Raimer landing some nice bohar snapper and all sorts of little reef dwelling species. 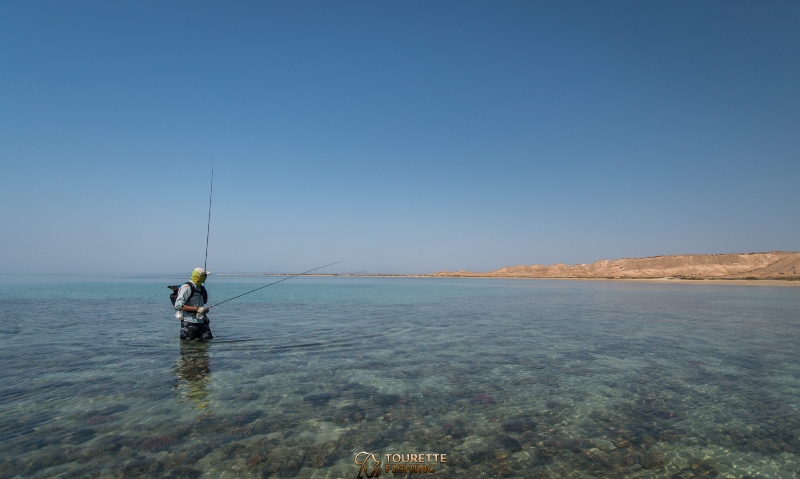 The following two days were magic, and the fishing really turned on! We saw huge numbers of trigger fish on the flats… like I have never seen before. Day one we counted 38 trigger fish followed by 60+ the next day. You could literally cast at one, and if you didn’t come right, wade another 10m and cast to the next one. They weren’t easy though I must add! The titans were near impossible to present to as they were insanely spooky, but the yellow margins gave us more of a chance. Raimer managed some really nice yellow margin triggers, all on a brown K-Crab fly. Anything with a rust brown color with a hint of orange got a lot of attention! That’s not all though. We saw many trevally (bluefin and GT) cruising and smashing bait on the flats, and I managed a solid 98cm GT in mid shin deep water. We also came across some good sized permit, but none that would eat (f*&^ers!). 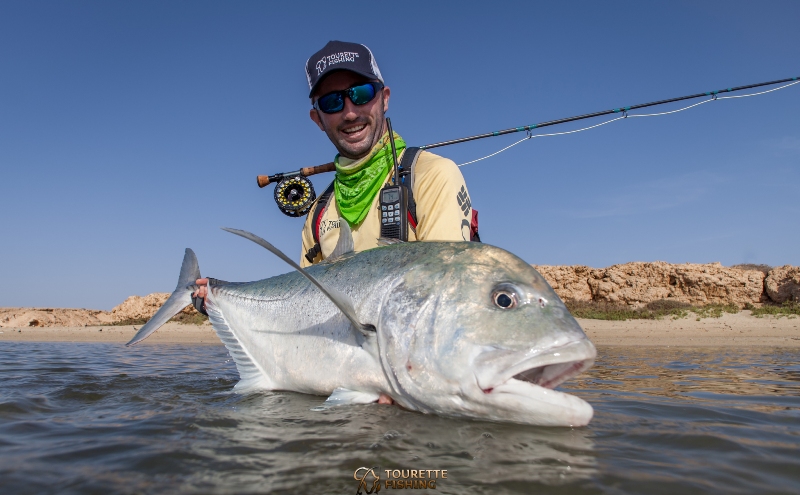 A highlight on these two days was an area we had earmarked to explore after the first trip in 2013. A beautiful lagoon surrounded by mangrove flats. We barely started walking the lagoon when four bonefish swam straight into us. Five minutes later Raimer hooked into a bone that we estimated at about 8- 9lbs. The fish went lighting fast, deep into the lagoon but unfortunately his drag was a little too tight and the hook opened up. I cast at some more bones but got very little interest. Definitely an area we will go back to during the next couple weeks. The last two days of the week we got hit by a serious low pressure pushing winds close to 35 knots making fishing near impossible. Quite a sad end to an epic week but things are really looking promising and I’m quite excited to see what the next few weeks have to produce. We have a full boat of eager anglers and TF guides coming up, so look forward to updating the blog when we get back. 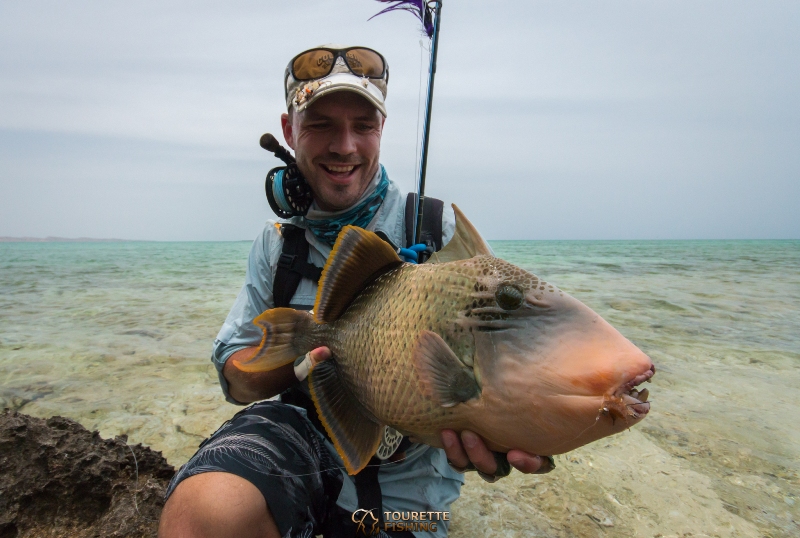 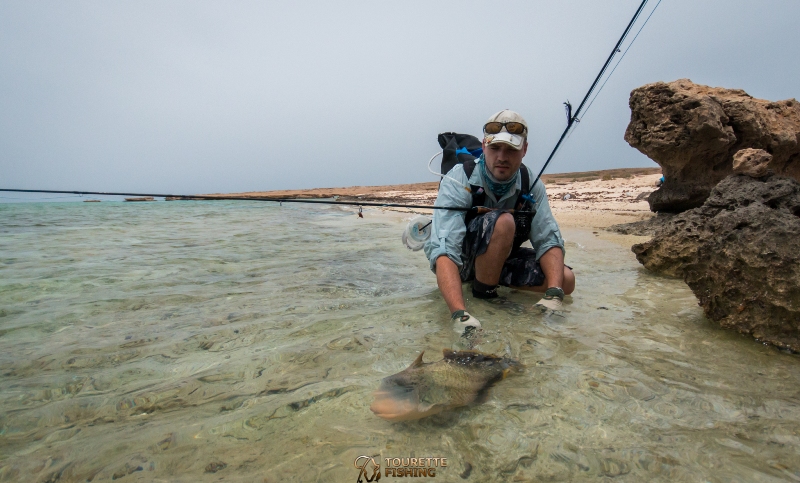 Off you go!
PrevNext