It was the last week of the 2019 season Tourette Fishing season in Sudan, with an incredible season that has happened so far. The week was lining up to be a good one with all the guides being recovered and ready to go, with Nicola also arriving to guide after being in the

south with senior Tourette guide, Stuart Harley. Three of the anglers had previously fished the Nubian flats and the stage was set for some fish to be caught.

We decided to fish some flats and some deep pinnacles. The Triggerfish were being their usual selves while the predators of the deep remained shy. The afternoon session was put on its head, the gentlemen targeting Triggerfish managed land some really good fish and a Bluefin Trevally. They also managed to hook a GT of around 80 cm that unfortunately came off right at the end of the fight. The guys targeting fish on the pinnacles had an awesome teasing session with a GT of around 90 cm hooked and managed to cut us off on a nearby piece of coral. We lost another good-sized snapper, teased up a Sailfish that didn’t follow all the way in and managed to land another decent sized snapper.

We moved further north to fish water that we couldn’t reach due to weather in the previous week.

The weather had other plans for us in terms of fishing though, a South wind started to blow bringing with it hot humid weather and warm water onto the flats. The Trigger fishing in the morning was good and we landed a few Triggers, however, in the afternoon the water was too warm and it made finding fish difficult. The guys who were trying the drop off’s had more success due to open sea colder patches of water, they had some awesome strikes by GT’s and lost two, with one exploding a fly line. A first-time GT of around 85 cm was landed by Matt making him extremely happy and it was a great way to end the day.

We were hoping for a change in the weather, the South wind continued to blow and the warm water on the flats stayed, making the fishing conditions the toughest that we had experienced the entire season. With the Triggerfish and the predatory species being very lethargic, only one Trigger had been landed in the last two days of fishing.

We had a shot at a meter plus GT on the flats on the fourth day which unfortunately ended up in a spooked fish. The overall efforts on the guide’s side as well as the clients must be commended on not giving up on the fish that were landed as well as the ones that got away. On the afternoon of the fourth day, the wind started to swing to the north, and we saw an inkling of change. A small Bluefin Trevally was landed and a few more chases on the teaser gave us raised hope for the last two days of fishing.

On the fifth day of the trip, we headed on quite a long trip south with the fibers. We reached an area that hopefully would produce better fishing for the day. When we entered the water we found that it was still very warm, we managed to lock down some aggressive fish and landed a good amount of Triggers between all the anglers. The predators were very scarce due to the warm water conditions, it turned out to be a far better day than the previous ones and the entire group was happy with the day’s events.

The last and final day of the trip, we decided to try a section of the island that might be able to have cold water with the slight change in the north wind. With the last day in full swing, we managed to find cooler water and a lot more fish that were willing to eat. With over 50 Triggerfish being cast to, we had many chances and some unfortunate events that lead to broken leaders.We managed to bring some decent Triggers to the net and made up for the other previous days of difficult fishing. With the last week of the season not being the best in terms of the fishing, we managed to all still have a good trip with high spirits and a want to return to this magical place. Mother Nature can deal with some cruel blows, however, we have to remember where you are and how spectacular it is, even if the fishing is a little on the tough side. What an incredible season overall and what a privilege it is to see a place like this. 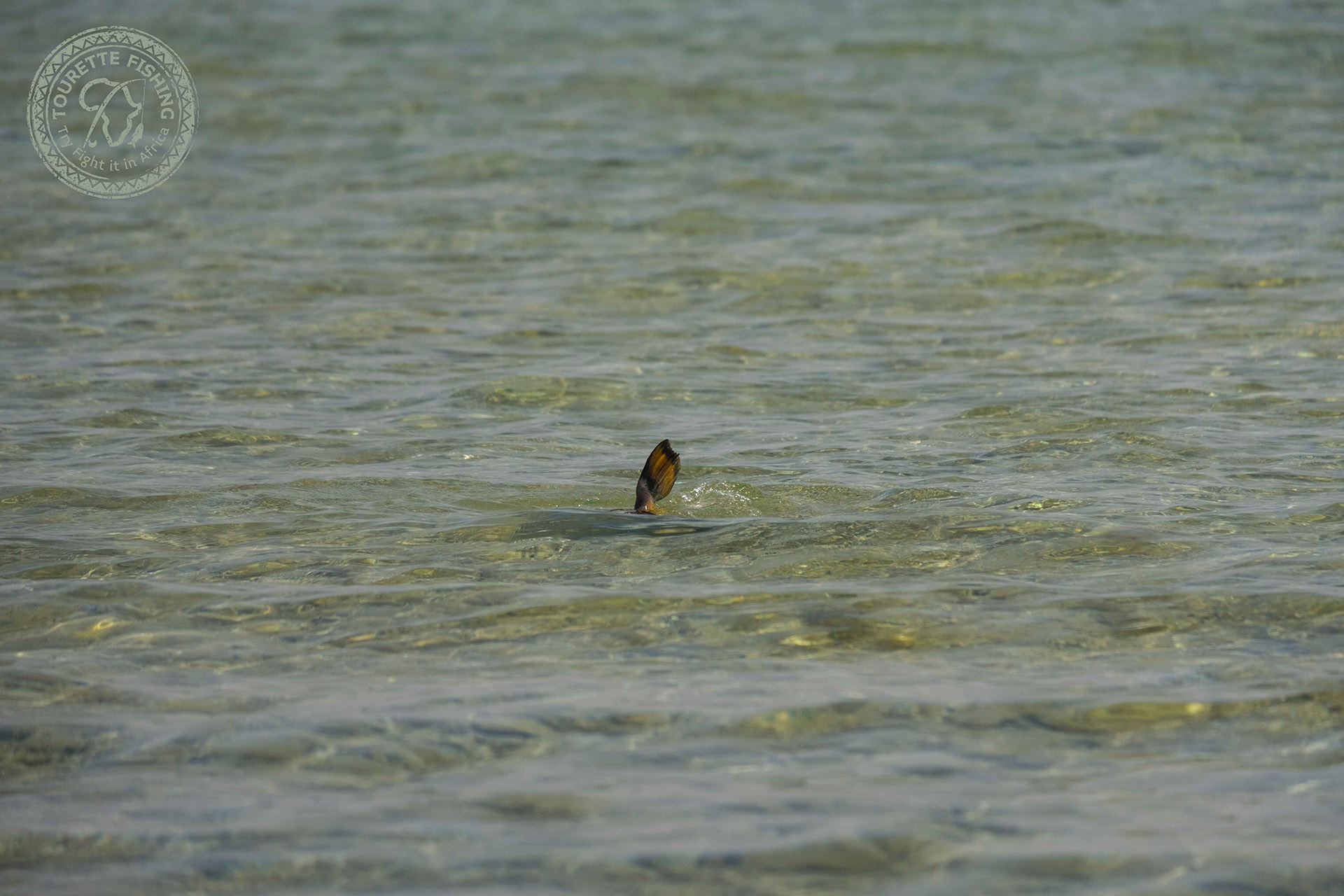 The famous Trigger tail wave on the flats. 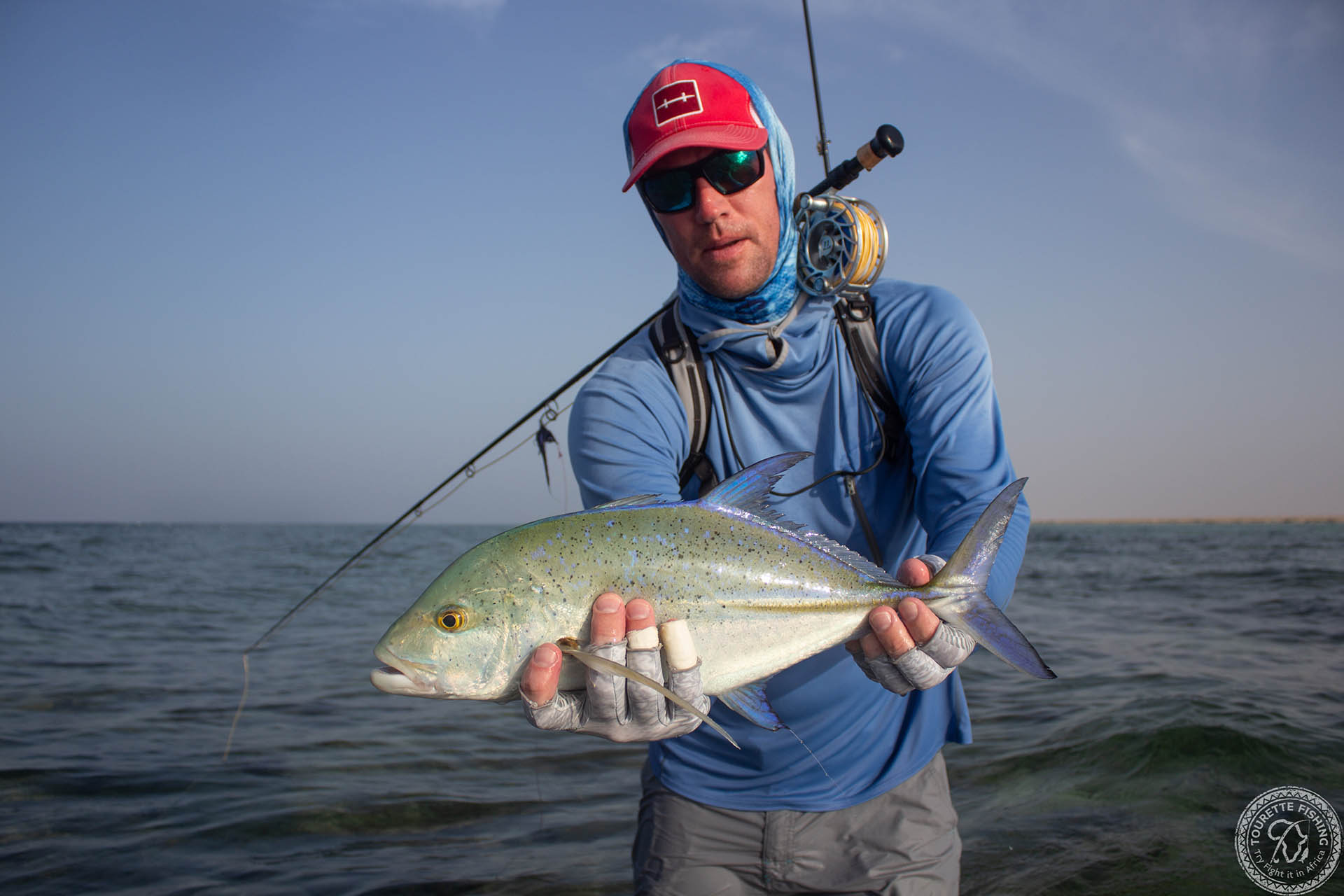 Every Fish during this week was a reward. 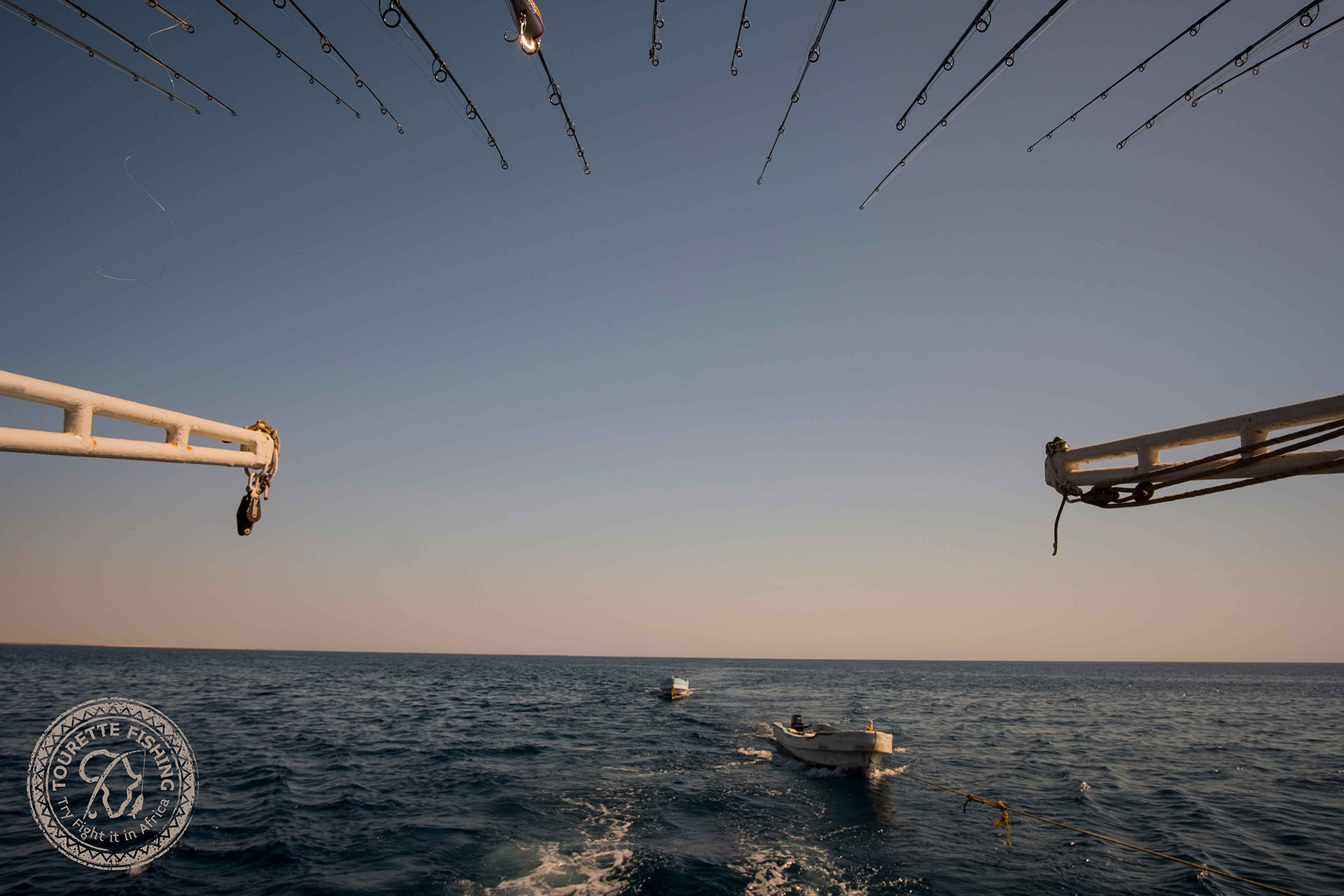 In Transit, a view out the back of the Scuba. 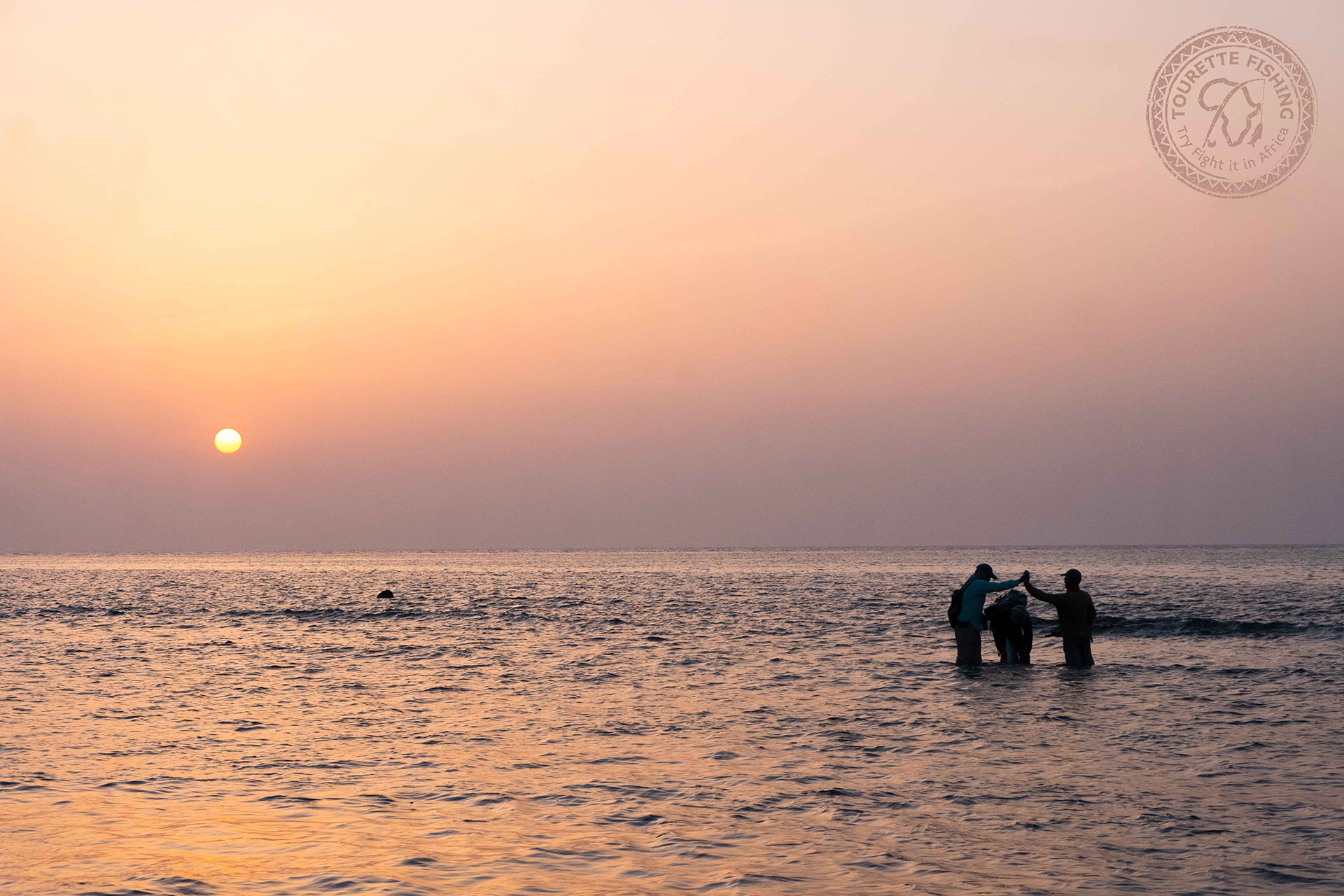