The weather predictions looked good for Trigger Fishing for the week, the wind was moderate, and expectations were high. The next group that arrived was from the UK, they stated that they wanted to mix the fishing up a little and not just stick to fly-fishing, so what we had was options and for a guide this makes things interesting as you can adapt to various conditions more easily. With cigars lit and the embers becoming brighter as the stories filtered through the boat about previous adventures, we were ready to do business.

As the two groups split up, one fly-fishing and the other spinning, the day proved to be a successful one. The Blue water group managed to land 22 fish in just the morning session, made up of various species and the afternoon also proved to bear even more fruit. The gentlemen that took up the fly-fishing had a real challenge on their hands as the water was still high, making the Trigger fish spooky, this did not deter the veterans of the group and they managed to bag a handful of Triggerfish on the first day. One of the fish even managed to dive into a hole and had to be retrieved by one of the guides resulting in a short snorkeling adventure.

The second day of the trip involved fishing some nearby islands that were in reach of the mother boat. The fly-fishermen set out for a full day in the hope of getting more Triggerfish to the net. This is exactly what unfolded during the day, even though the Triggers were up to their usual antics. This is what makes the Triggerfish a worthy adversary, and they can on particular days rival the Permit as one of the most difficult species to target on the flats. The blue water “boys” set out in the morning to continue targeting the different species of the deep, they managed to land 25 fish in the day, Barracuda, Orange Spot Trevally and Dog Tooth Tuna made it to the net.

Someone finally decided to turn up the thermostat and we were greeted with the desert heat associated with the area. With no wind present on the day, the Triggerfish were able to make out our presence a lot easier with the rising sun and no ripple to disguise us. We did manage to crack the code and many fish were fooled, though once hooked, Triggerfish find their way off of your hook just as quickly. We were also greeted with a welcome surprise; we managed to spot two good sized schools of Bonefish.

A well presented fly to one of the fish, received an instantaneous eat, the fish then went on a blistering run and unfortunately the angler’s line wrapped around their hand popping the tippet instantly.

The fourth day greeted us again without any wind at all; this did not make a difference to the number of Triggerfish on the flats. The three fly fishermen went out to pursue the fish, in total they hooked six in the morning session, but due to Triggers being what they are, none of them were landed. The afternoon session involved some fishing off of the drop off, a huge Bluefin Trevally was hooked, it unfortunately came off and the Gt’s were a bit shy on this particular afternoon. The guys fishing offshore went to a remote pinnacle, where they managed to land 12 species, which consisted of two Gt’s and various other game fish.

The second last day the wind had started to come up early in the morning, this was a welcome change to the still conditions that had been present in the beginning of the week. We all went out in search of fish with the new conditions, the Triggerfish were found really close to the shore, and thus the fish were a lot more aggressive and couldn’t resist a well placed fly from the anglers. We managed to land three on the day and the deep sea gents once again also had a spectacular day, with three Gt’s and various other species landed. The guys also hooked three fish on the day that they could not stop and one of the fish nearly spooled a Stella 20 000. The windy conditions really made the difference in terms of the movement of water making the fishing more productive. The last day Ian was on a Triggerfish mission. The fish in the morning really showed signs of aggression allowing us to land one Titan and one Yellow Margin Trigger. He also had a shot at a large Permit, that was estimated to be between 20-25 pounds, which if hooked would have been a real test for the 9 weight setup, even for the most experienced angler. The Blue water anglers also had a great day out once again and managed to land their biggest Barracuda of the trip. 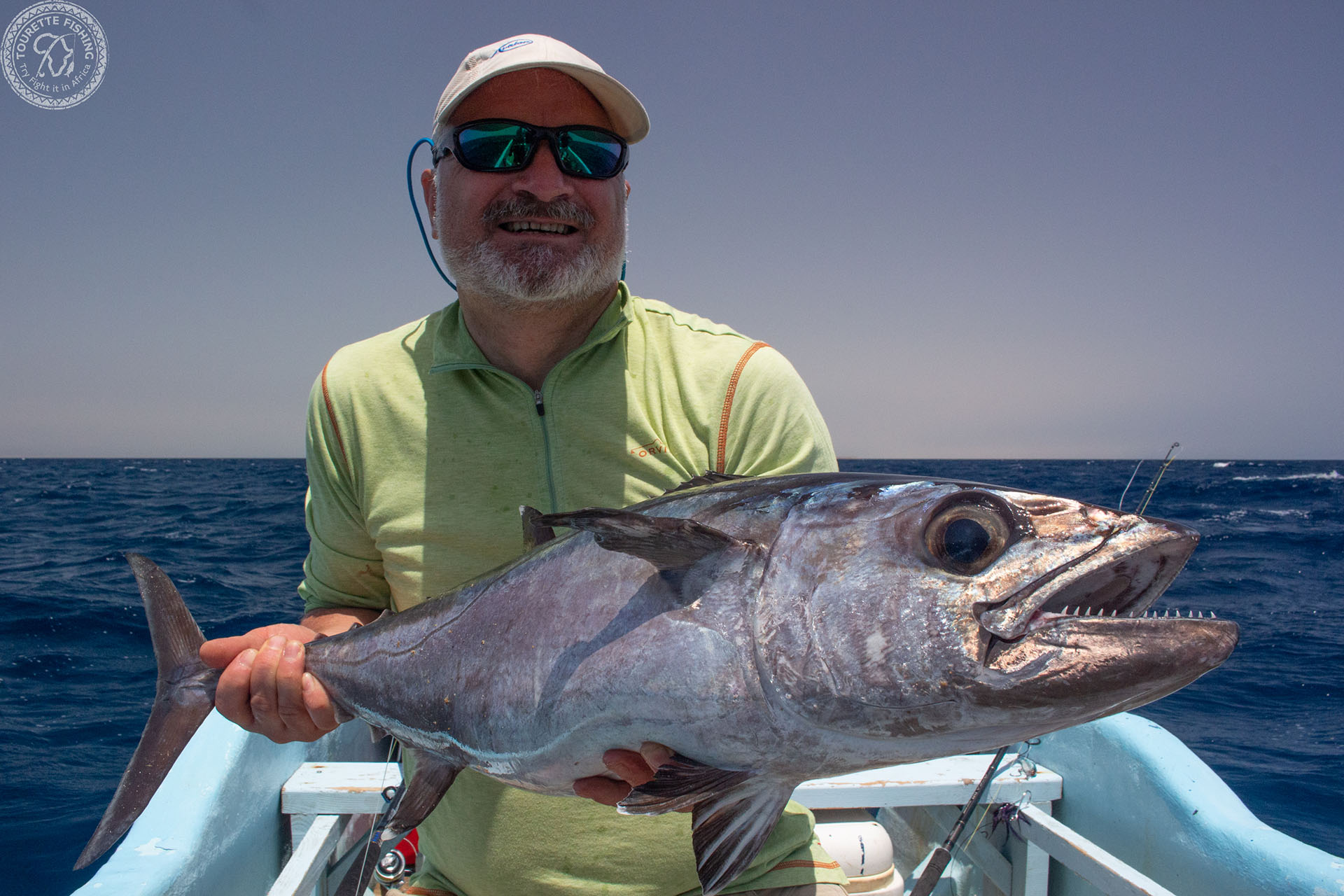 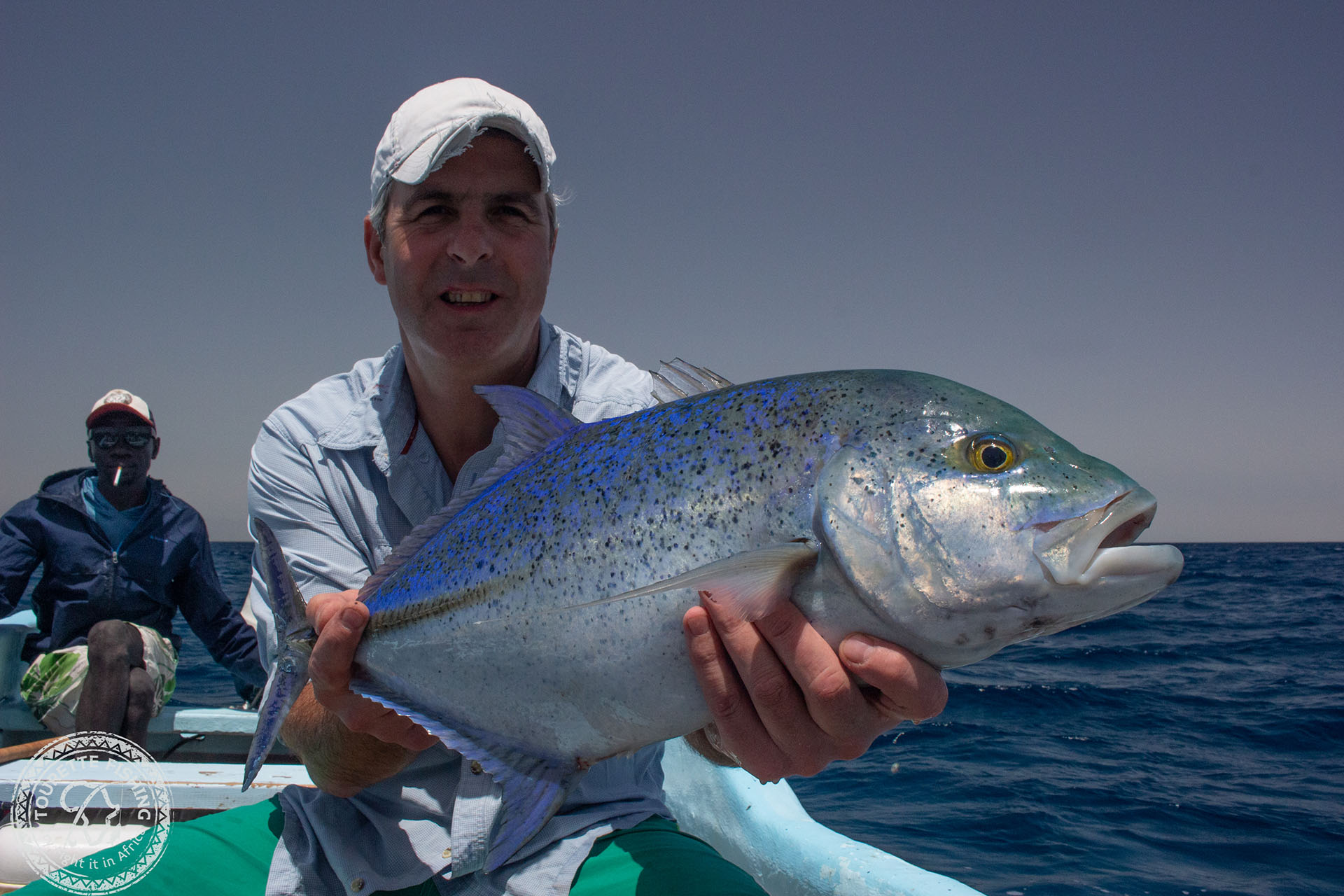 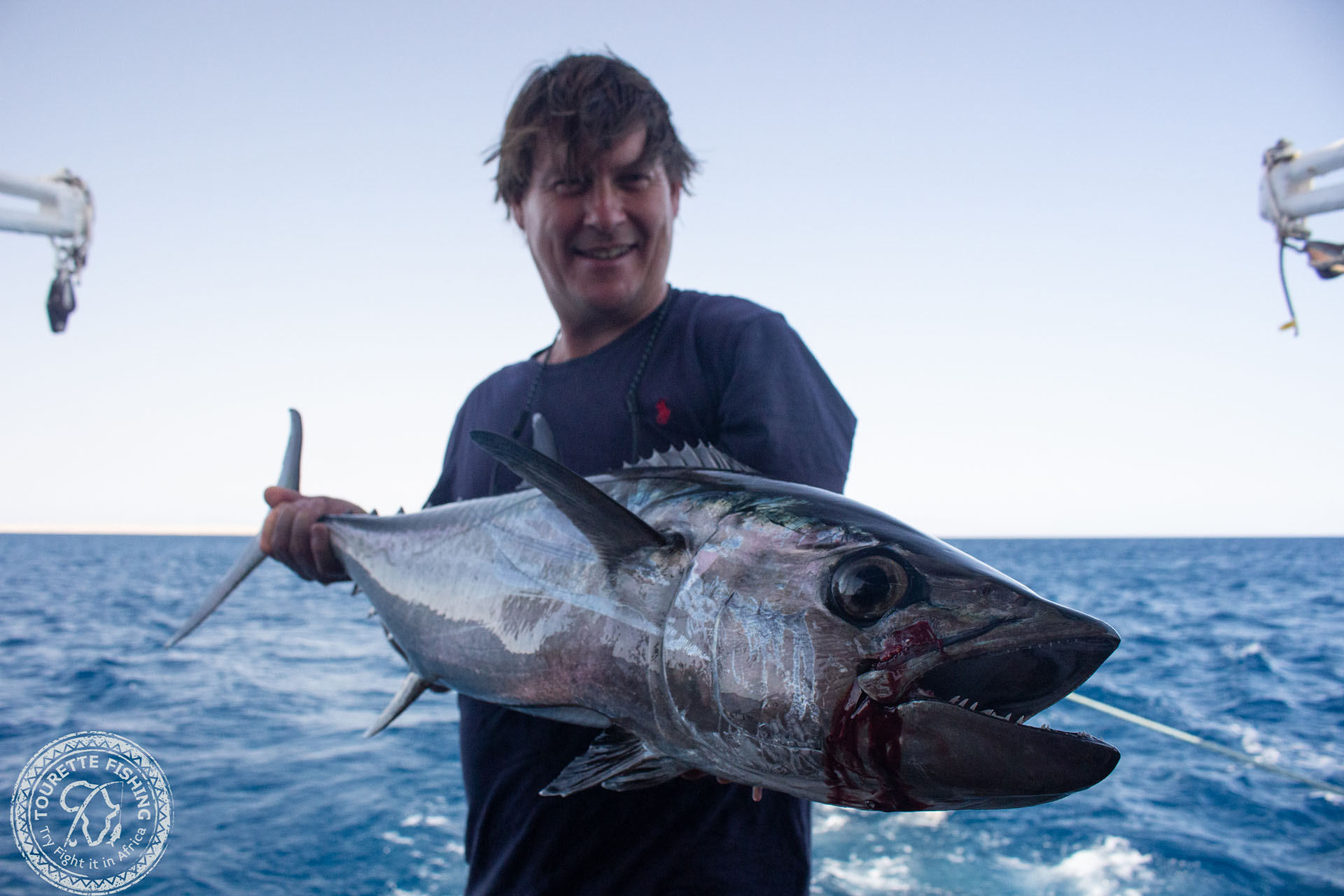 It is really special when a group of guys know each other well ad have shared many fishing trips together and the atmosphere it creates is really felt by the guides. This was a fantastic week overall and one where all involved will remember it for some time to come. 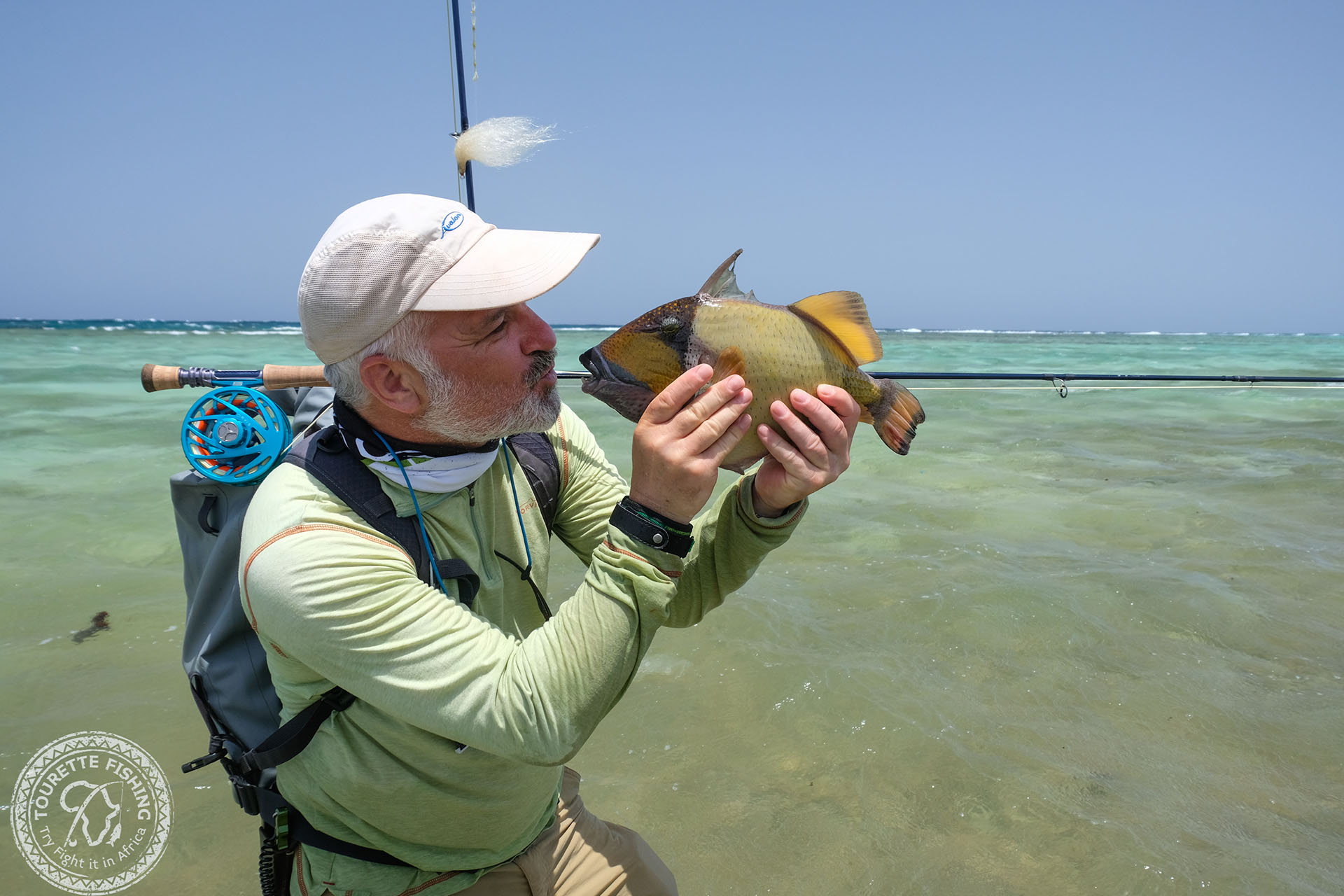 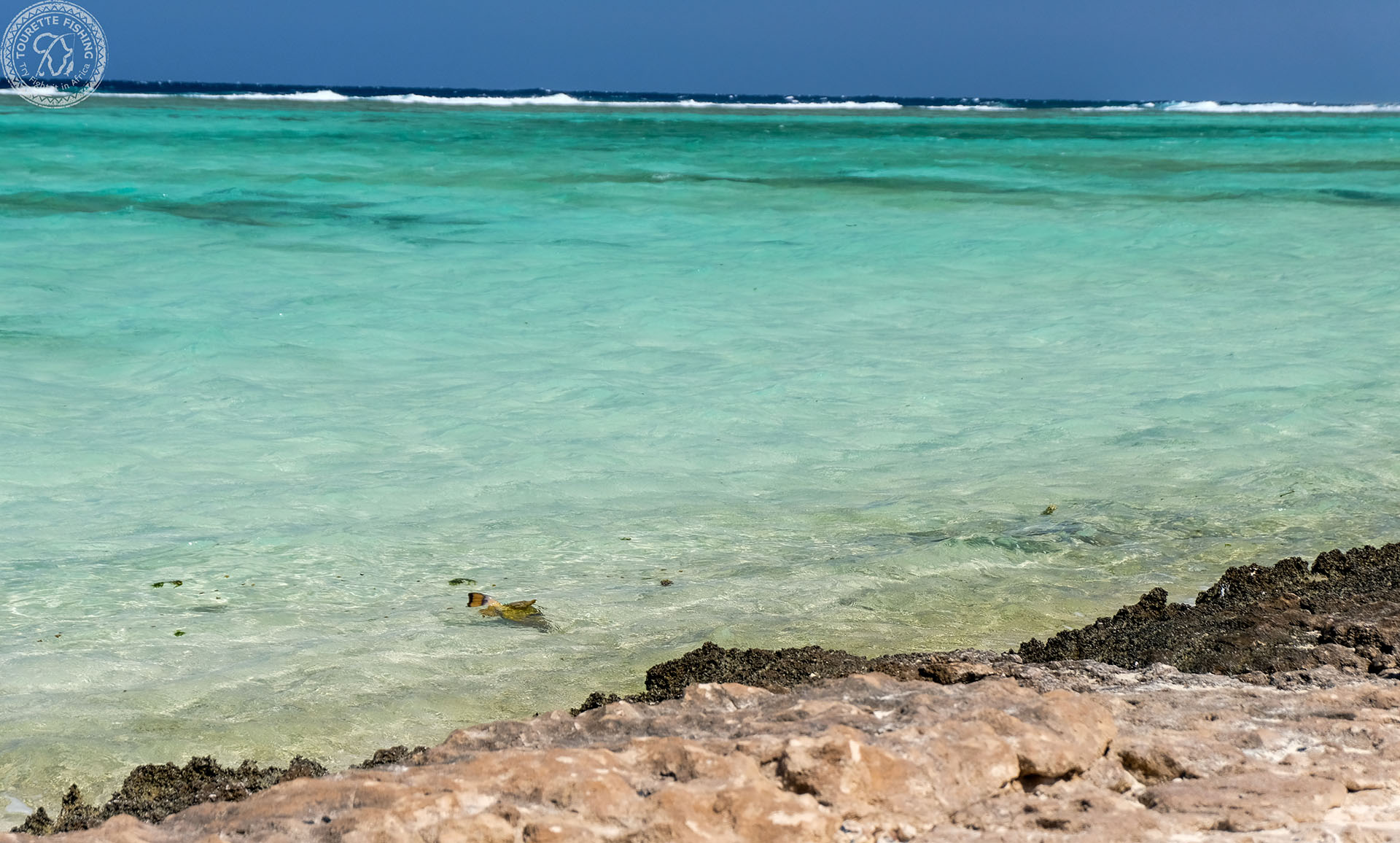