With the Sudan season well underway and with a bit of peaceful political turmoil in the south of the country, we are glad to report that it was business as usual in Port Sudan and on the Nubian Flats.

A man named Igor came from Russia who started his first week of a two-week trip. It was a mixed bag of Wild Sea and Tourette guests on board, that was to take to the flats once more.
With a lot of cold water on the flats, it made for some early Trigger action for the guests who all landedTriggerfish on the flats. This is always a good

ice-breaker to land some good fish on the first day.

With the cold water we moved the boat further up the coast to areas that would have so me good current. this paid off with 3 geets being landed by the Wild Sea guests on the flats and some amazing Triggerfish fishing to be had. Some huge Gts were also hooked and lost, unfortunately. The bluefin were really aggressive making for some exciting fishing on poppers.

The third day of the trip included high winds and a murky shoreline making spotting fish on the flats extremely difficult and hooking them even more difficult. We did manage to pry a few Triggers from the murky water as well as a small geet that was on the back of a Ray, the guests all made good work of what seemed to be a tough day. This is a testament that when conditions are ideal that you take advantage as best you can as an angler as the weather can quickly change.

The next day we decided to walk a coastline on the cliffs spotting fish from up top. This proved to be an great days fishing, with many Triggers close to shore however they proved to be difficult in the crystal clean water making it difficult to land them. Igor managed to land his first big bluefin Trevally on a 9wt creating havoc on light tackle. Some big Gts were also spotted but refused the fly at the last second.

The fourth day proved to be a difficult day for the group as the wind had dropped making the fish very spooky on the flats. A couple of Triggers were landed under difficult conditions. Some teasing was also done during the fading hours of light and Igor managed to land a good sized Bluefin Trevally and a fat Bohar snapper, with a couple of follows from some big GT’s making it an exciting end to a tough day on the water.

Triggers were spotted and hooked however they got the better of us as well as a GT that was hooked and unfortunately came off. Proving to be another slightly difficult day on the water.

Overall it was an awesome weeks fishing that provided us all with some exciting action and new takes on the fish behavior during certain conditions that can be applied to different scenarios on the flats. 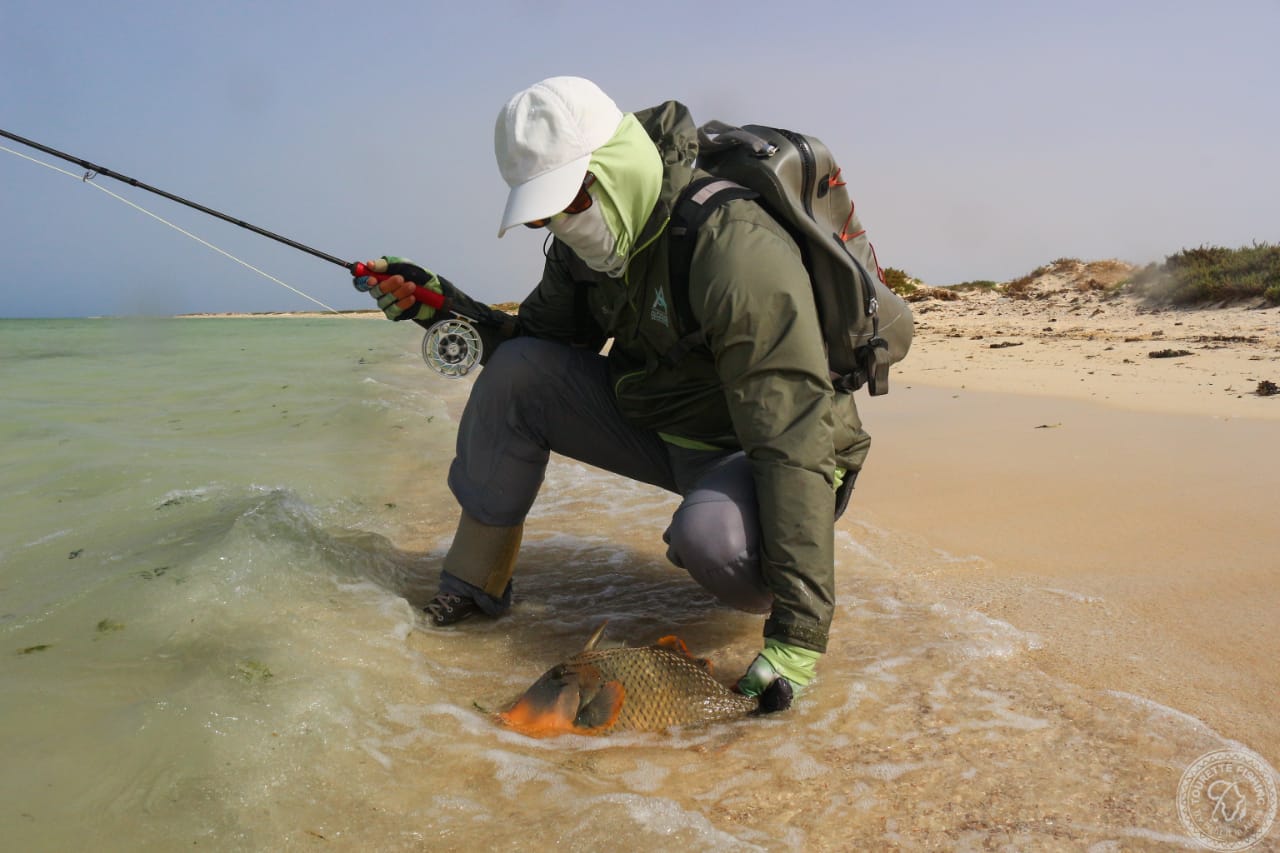 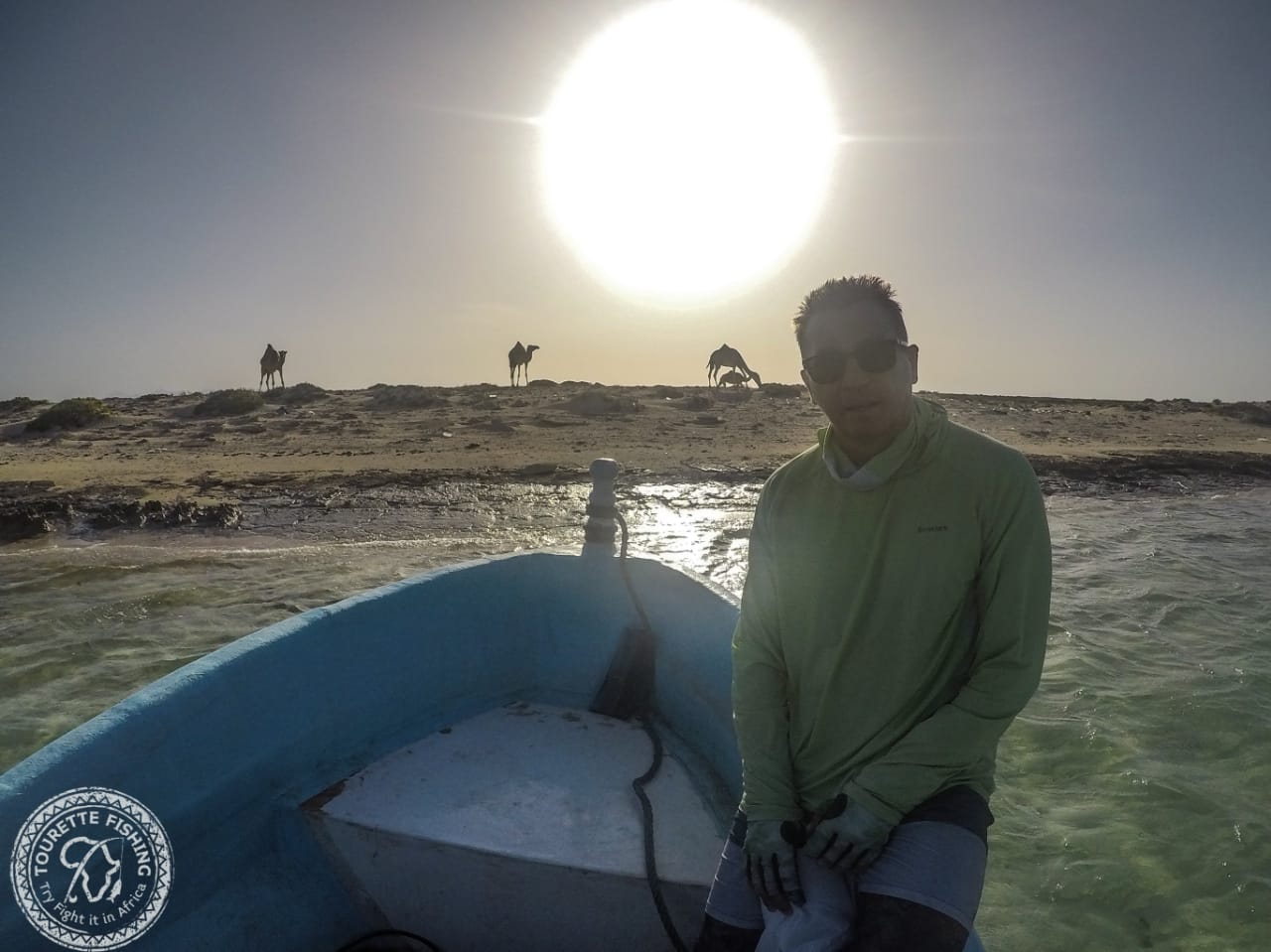 Having a word with the locals. 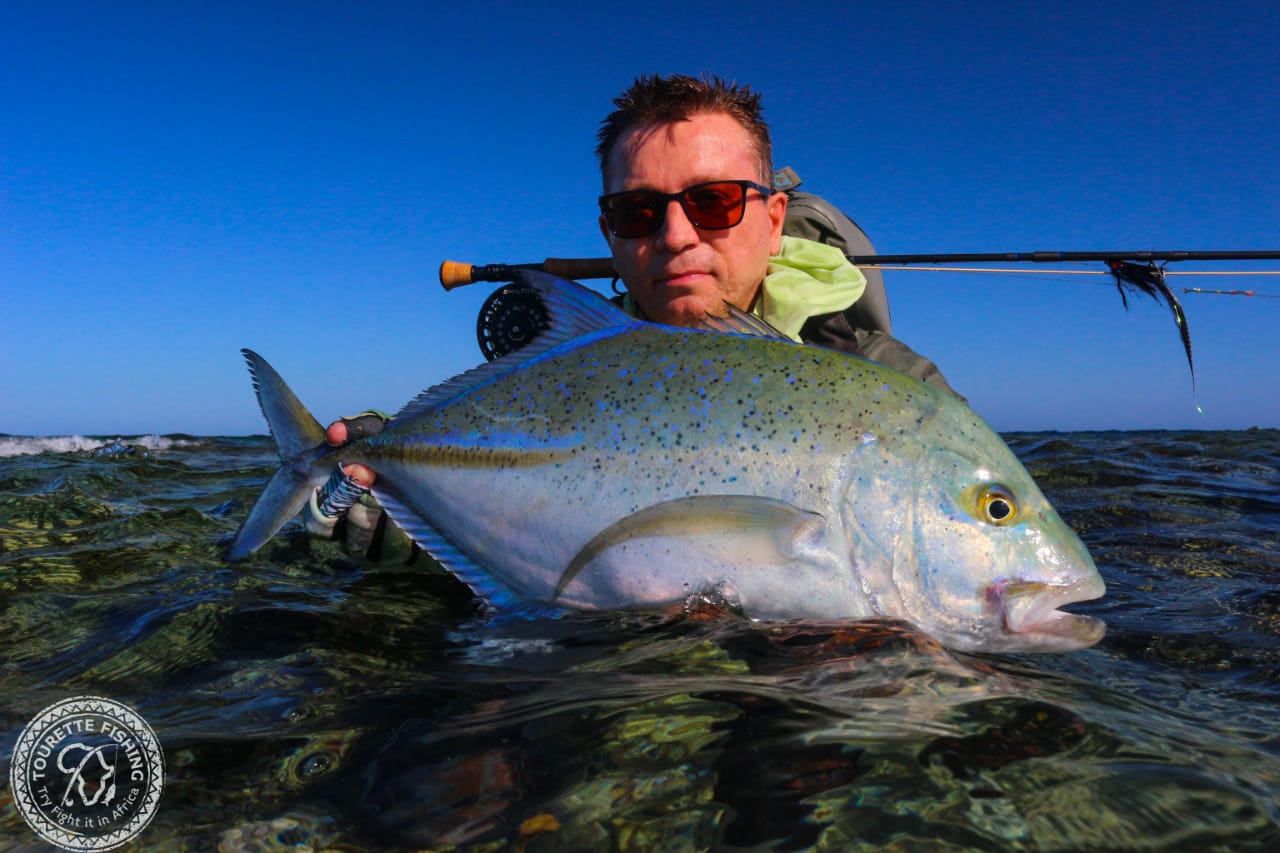 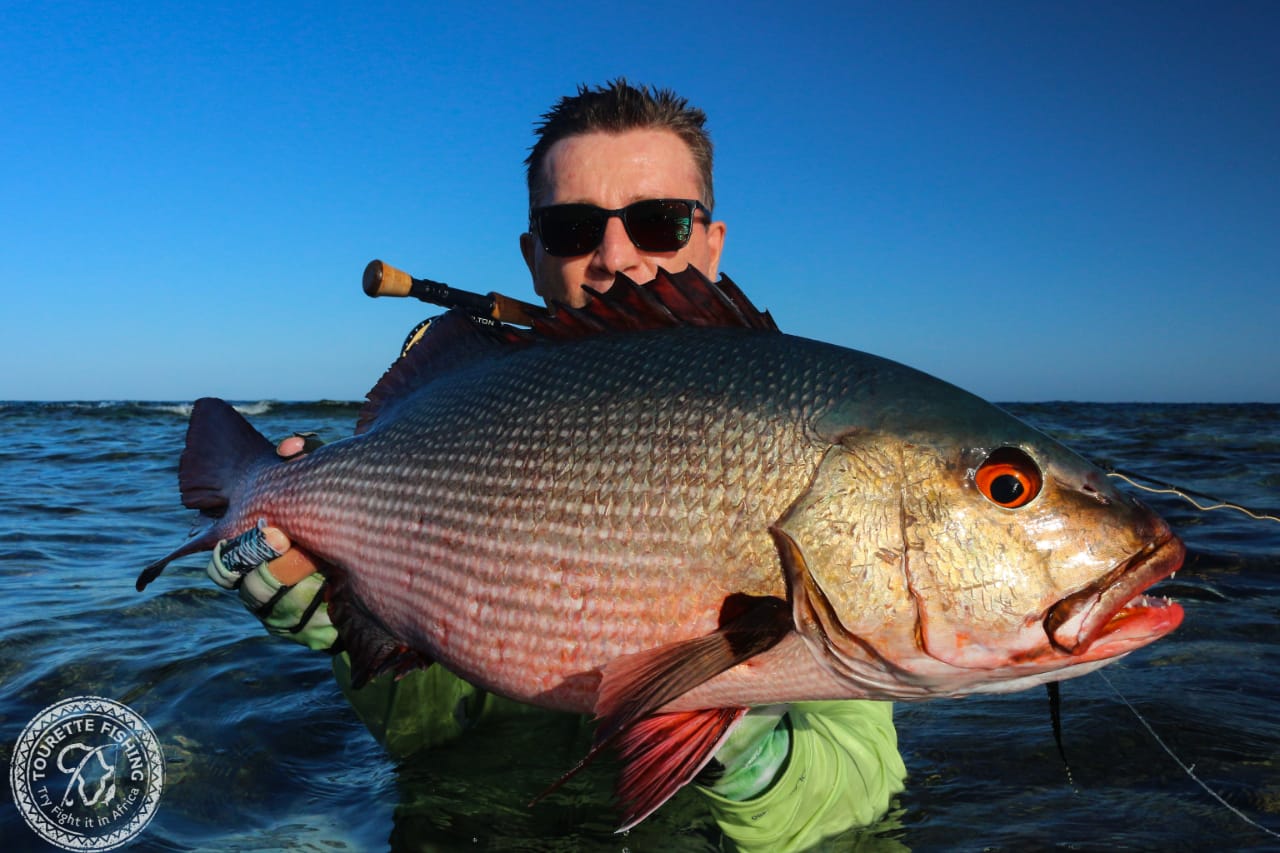 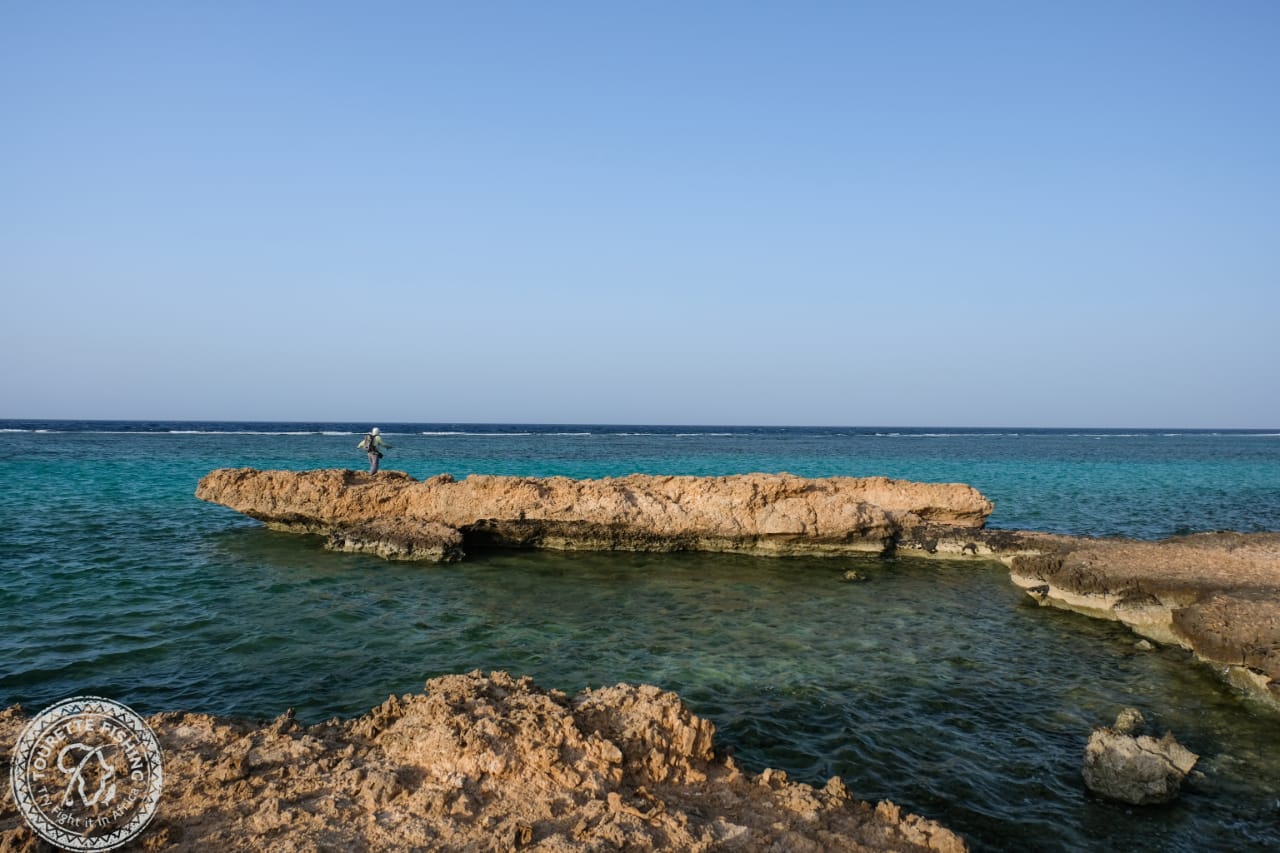 Steaking out the pass in the hope of a cruising GT. 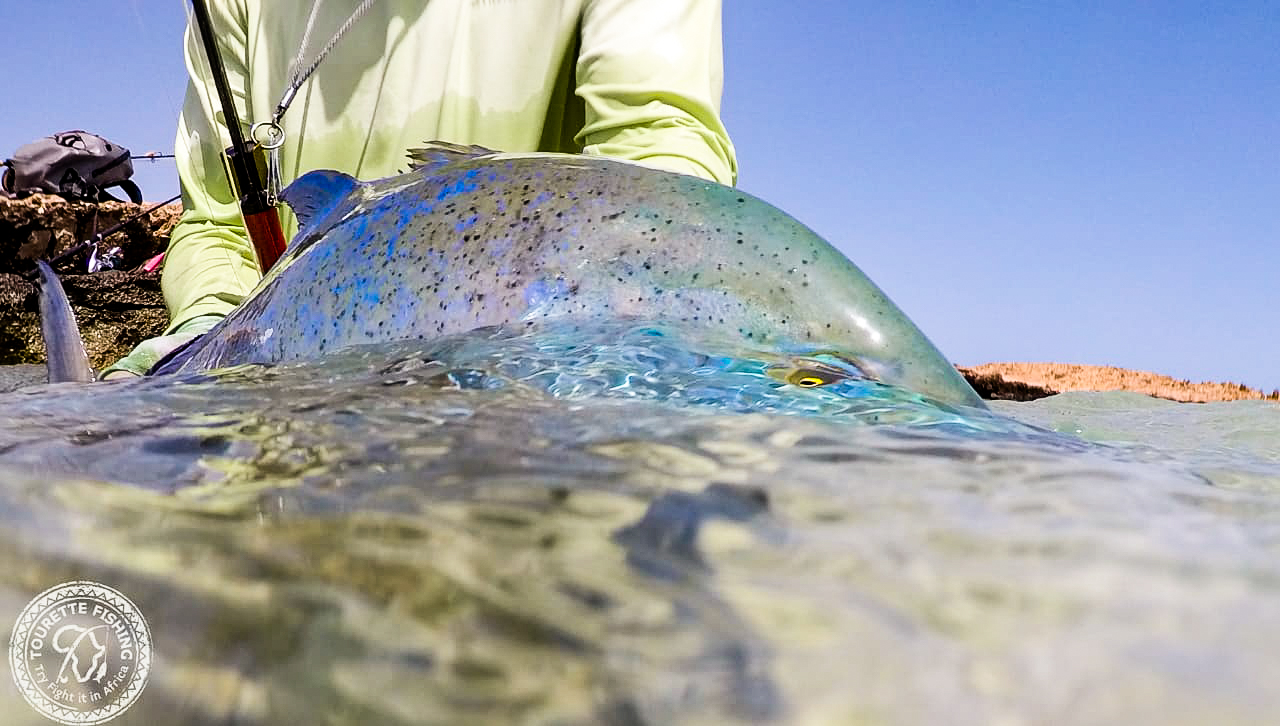