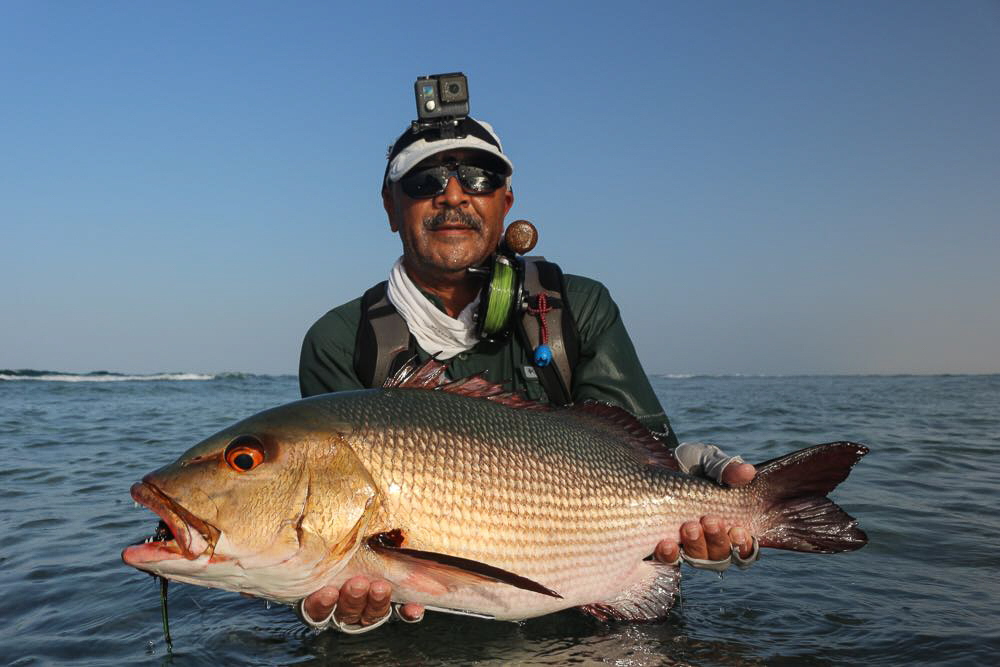 For the third week of the 2018 season we were joined by a good mix of different nationalities. A father and son trio from South Africa, Ray Montoya aka The Permi-nator from Oman, a Zanzibar resident, plus an American. Quite the combo, but a truly fun one indeed.

With the weather being fair, the men soon found themselves dealing with wily but positive responding triggerfish and bluefin trevally. The guys were off to a good start and managed to land some fish, despite Trout Setting on a few trevally early on. One highlight that springs to mind

is the triggerfish that gave Ray a serious run for his money by diving into every possibly nook and cranny it could find. But in the end, Ray managed to land this cunning escape artist with the help of Mahmud(skipper) and his trusty diving goggles.

Oddly the offshore pinnacles and drop-offs were fairly slow however, the lads managed to scratch up some noteworthy fish. A GT of 75cm, some bigger sized bohar snapper plus a hand-full of feisty big bluefin trevally kept the guys in the mix.

The last two days of the trip yielded a lot of trigger action though. Both yellow-margined and titan triggerfish were landed in good numbers and kept the guys entertained. We also had some good shots at big barracuda, plus the Ray got tested by a hefty sized permit. This fish, estimated at around 25lbs, followed Ray’s fly right to the rod tip. However, not to be outsmarted – as these fish have advanced degrees in Carcinology / The Study Of Crabs and other crustaceans – the permit decided to give him the fin before darting away into the liquid horizon.

Unfortunately the gt’s were a no-show, but their absence was over shadowed by the trigger action, that left all the anglers with a smile by the end of their week. 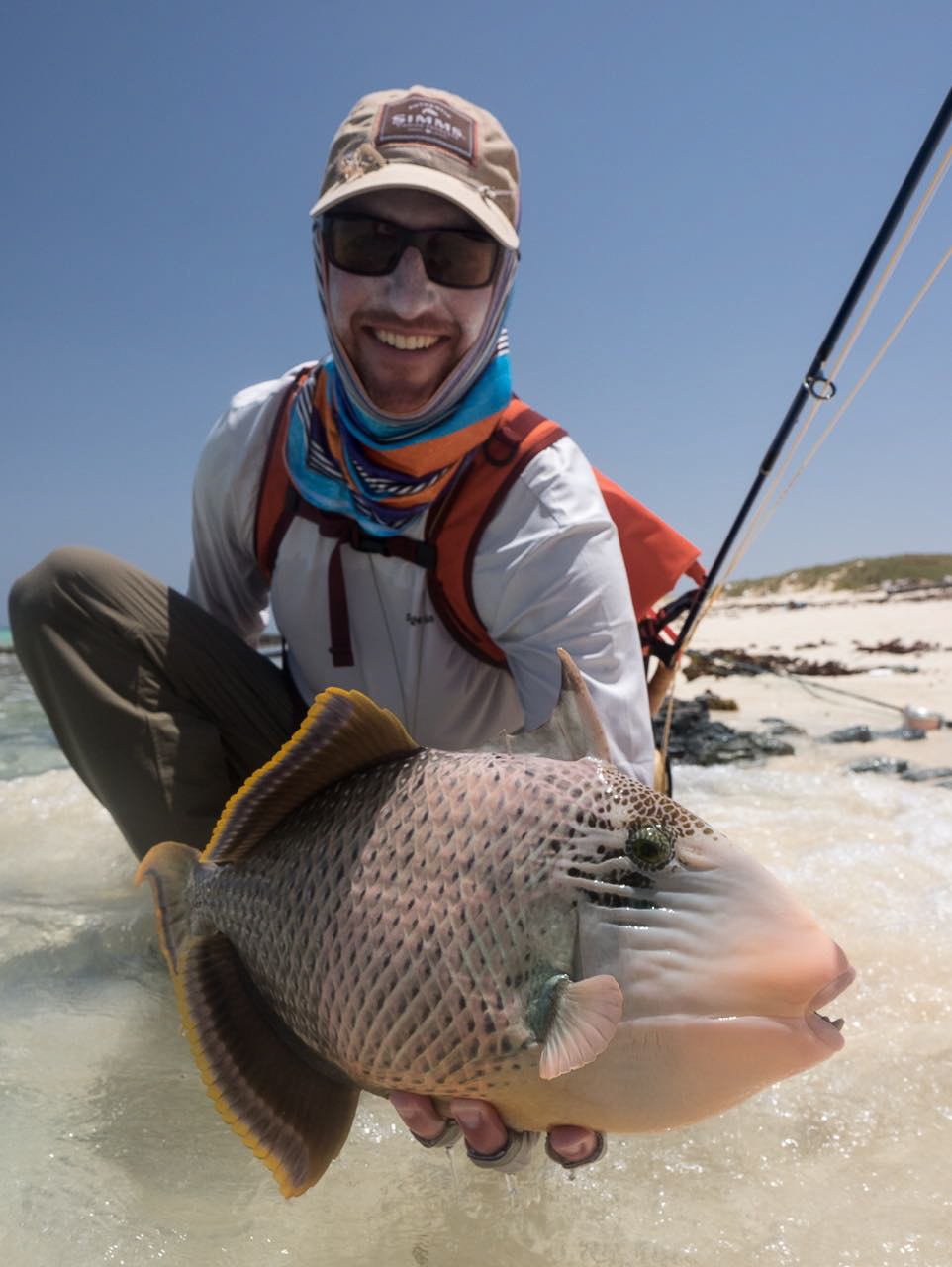 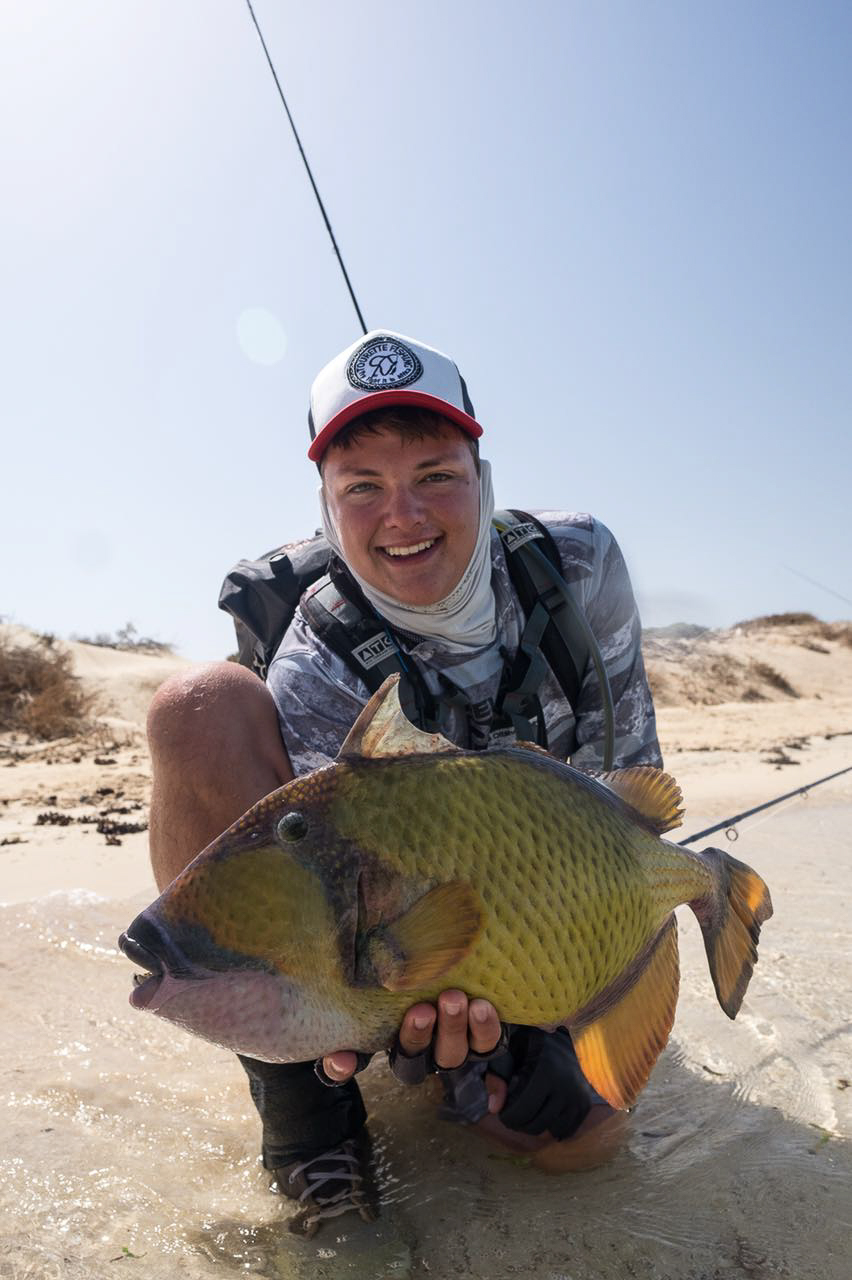 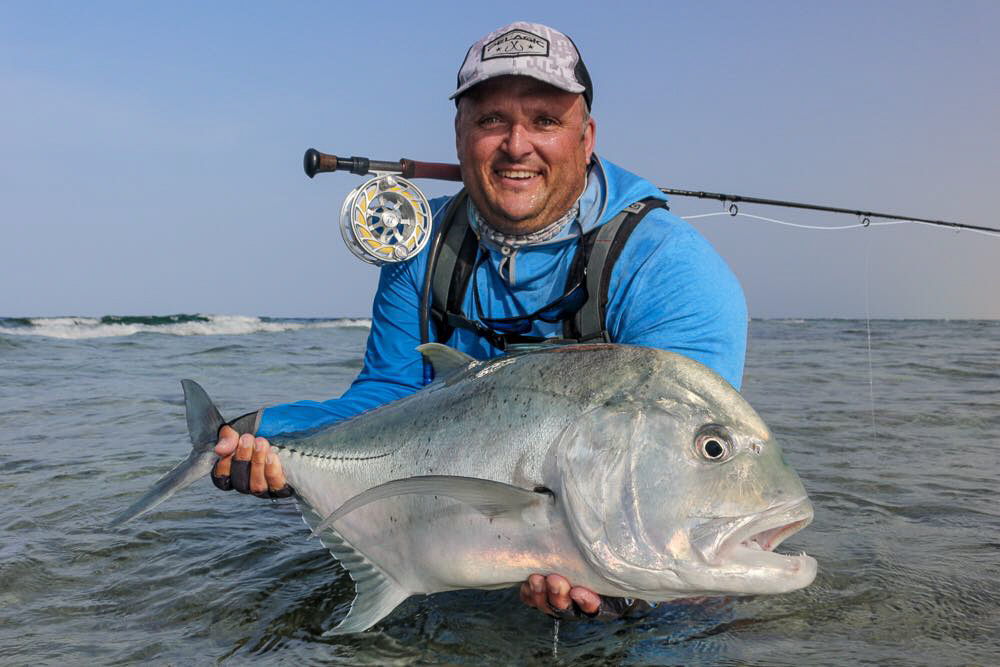 Giant Trevally, the bad boy of the Nubian Flats 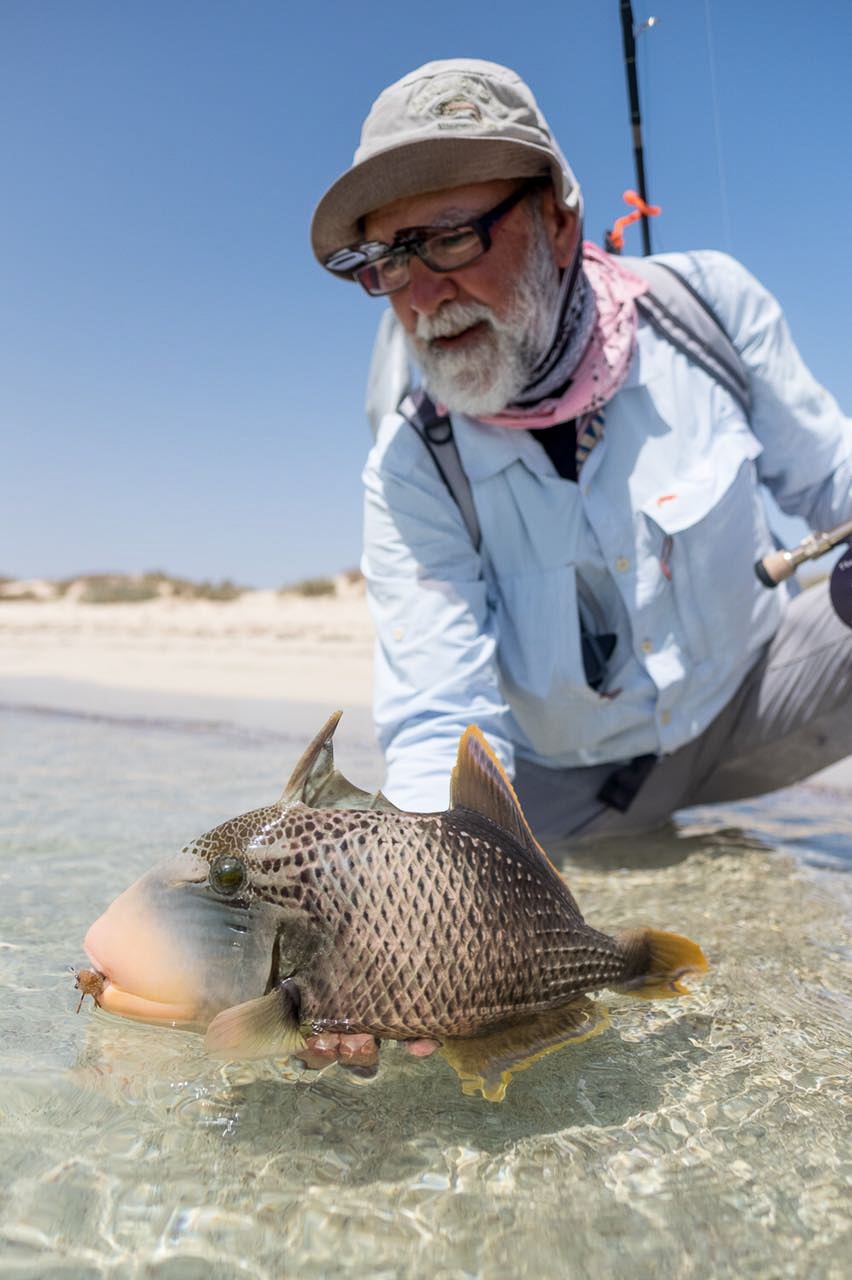 Cunning escape artists they might be, but Ray showed this trigger who was the boss 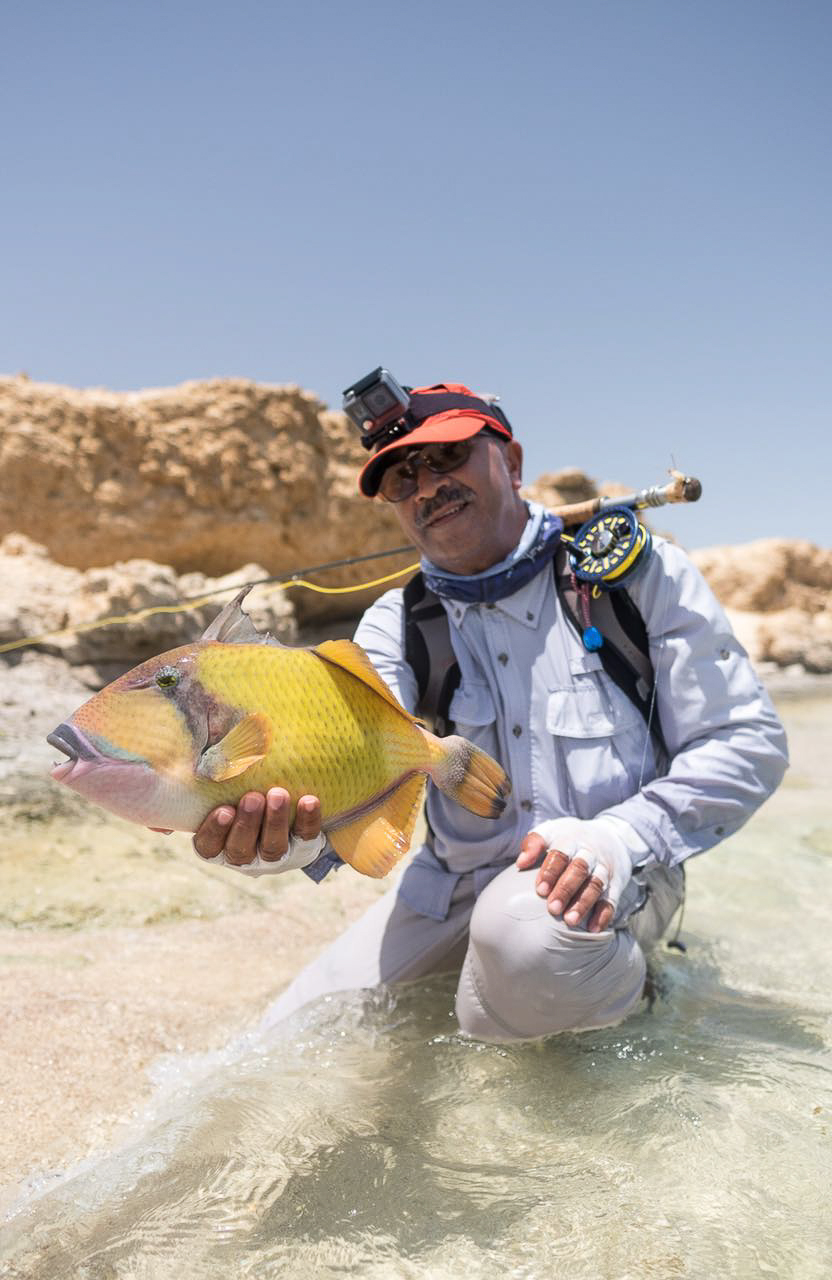 The Titan triggerfish, one seriously addictive fish to sight fish 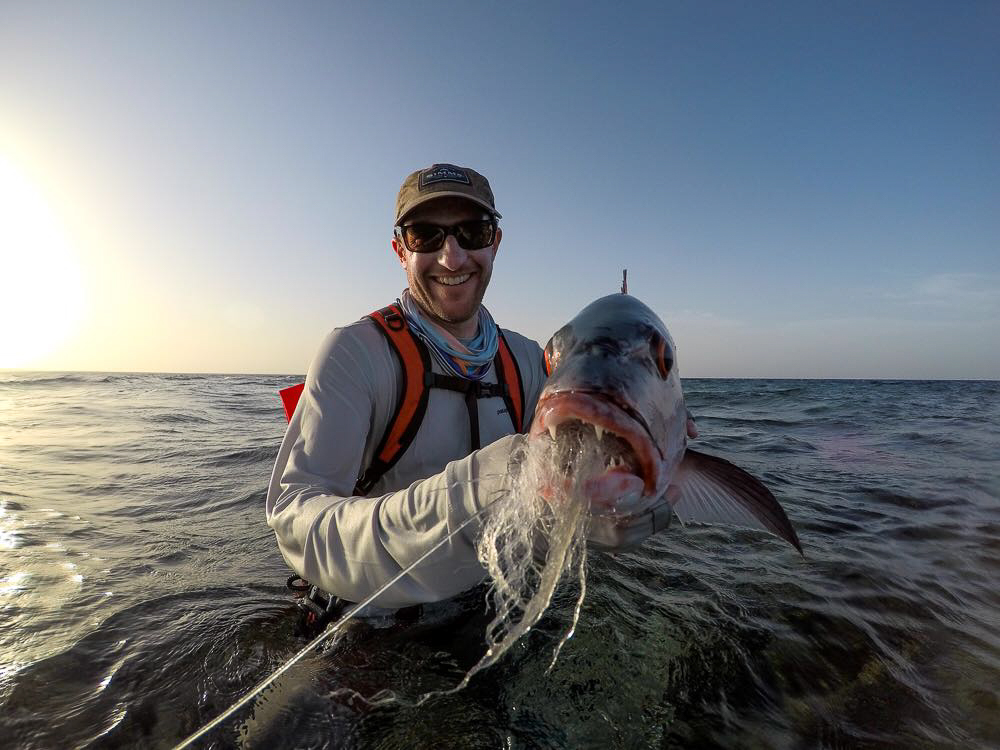