A week with difficult language barriers, a man from Zimbabwe and some South Africans thrown into the mix, made for an interesting week.

With a mixture of fly fisherman and conventional fisherman, the stage was set for a really interesting week.

Willem, from Zimbabwe, managed on the first morning to get a Nubian Flats grand slam landing both a moustache and a yellowmargin triggerfish, bonefish, and a bluefin trevally. He then added to that list later in the day by landing a 72 cm GT while teasing the blue water at sunset. For the

conventional fisherman offshore, the GT’s were responding well to the floating stickbait’s. Italian guest Joseppe landed his personal best GT estimated at a solid 38-40kg, quickly followed up by another spectacular fish round the 20kg mark.

As the week unfolded we got dealt a nasty storm, with winds reaching 40knots, making the going extremely tough. We were forced to take shelter in an inland lagoon for three days.

With the weather not being favourable for fly fishing, the guys all decided to do some conventional fishing over the deeper drop off’s from the side(take note – we don’t allow any

conventional fishing on the actual flats. Only in certain areas into blue water where we don’t do any flyfishing). Despite the weather, the guys did well and managed to land a decent mackerel aka couta, plus 3 more decent gt’s.

As luck would have it, the weather gods smiled on us for the last morning and we managed to set sail again. Due to the bad weather, we hit the flats quite early to try and make up for some lost time. Luck was on our side as the triggers were out on the flats in search of food. We ended the day with 7 good sized trigger’s landed, ending our weather plagued week on a high. 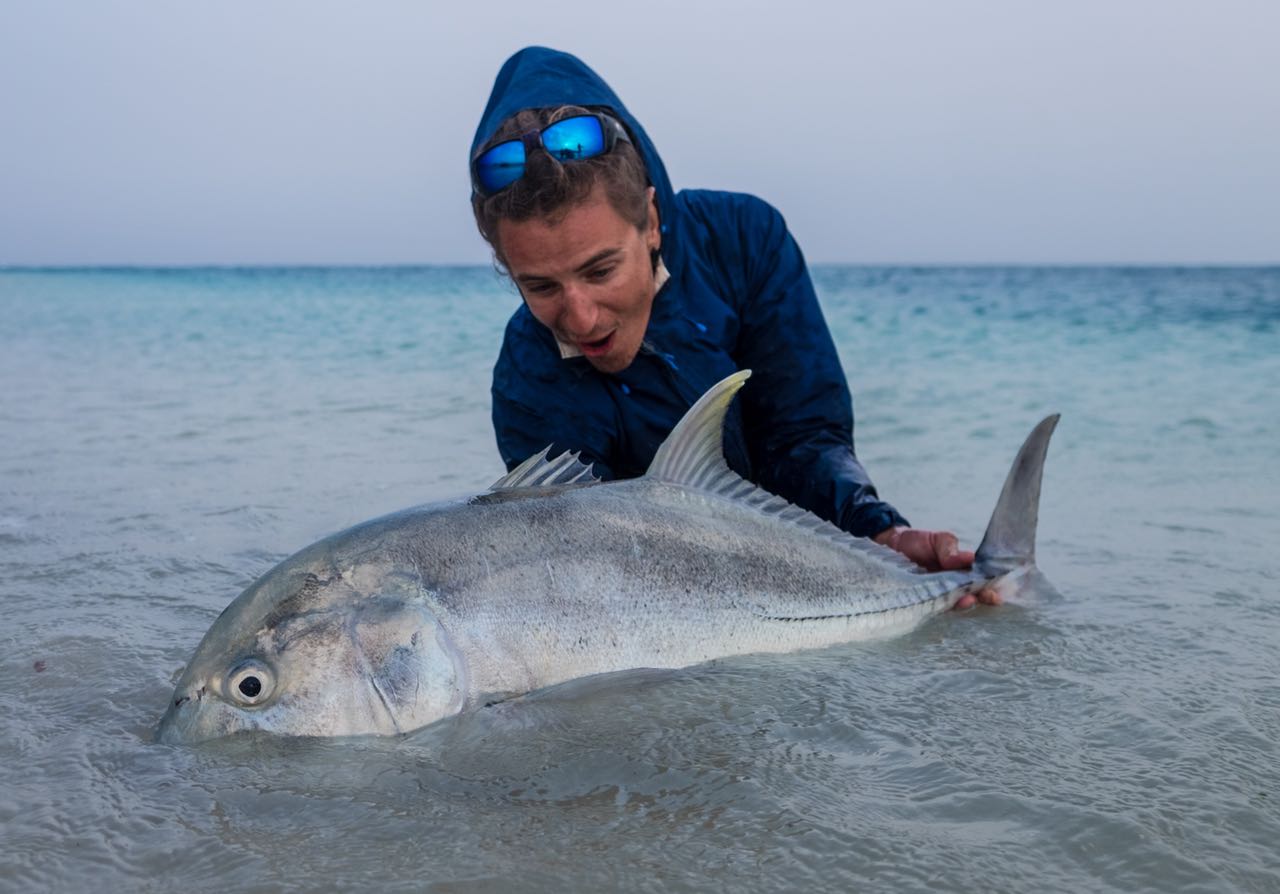 Federico with a beautiful GT, despite the tough conditions 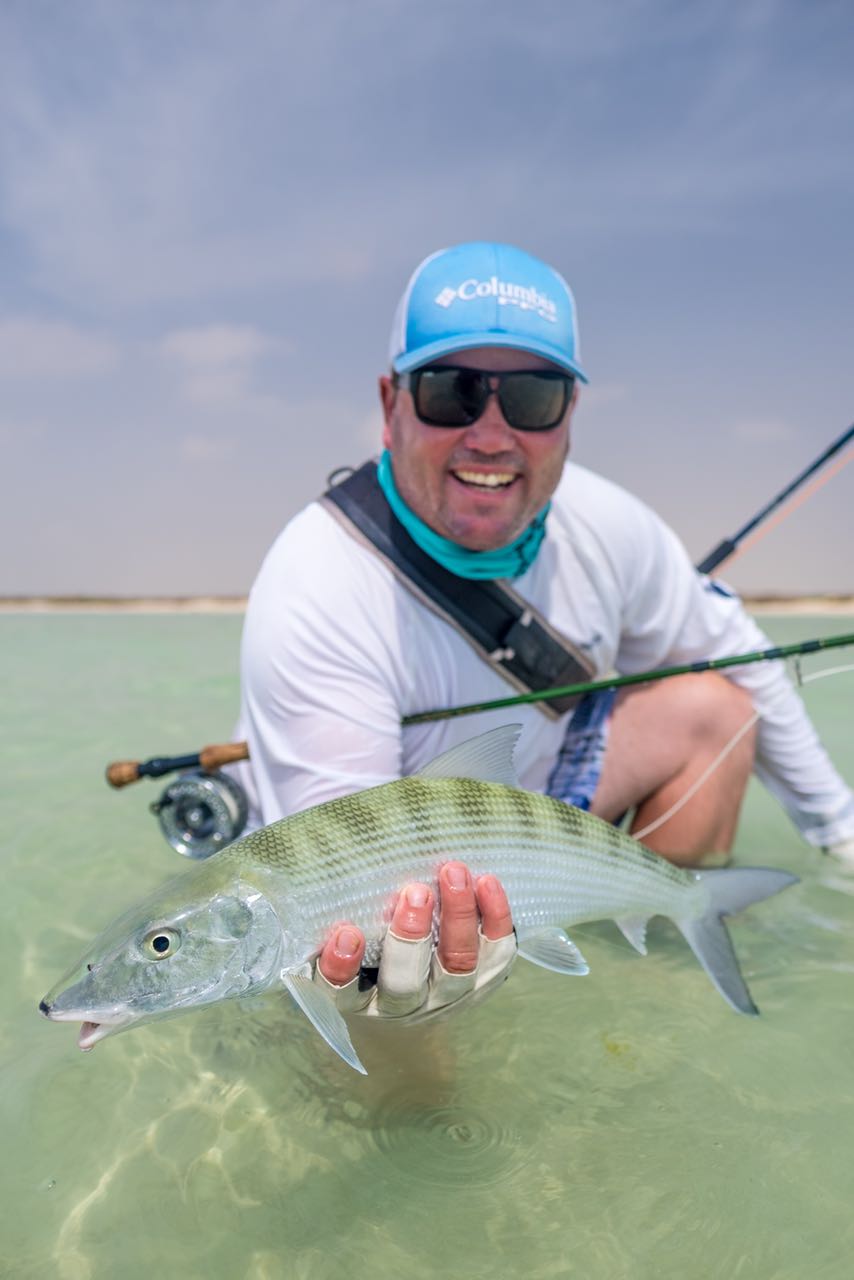 Although not considered as a bonefish destinations, the guys are starting to find some consistent bonefish action on the Nubian Flats 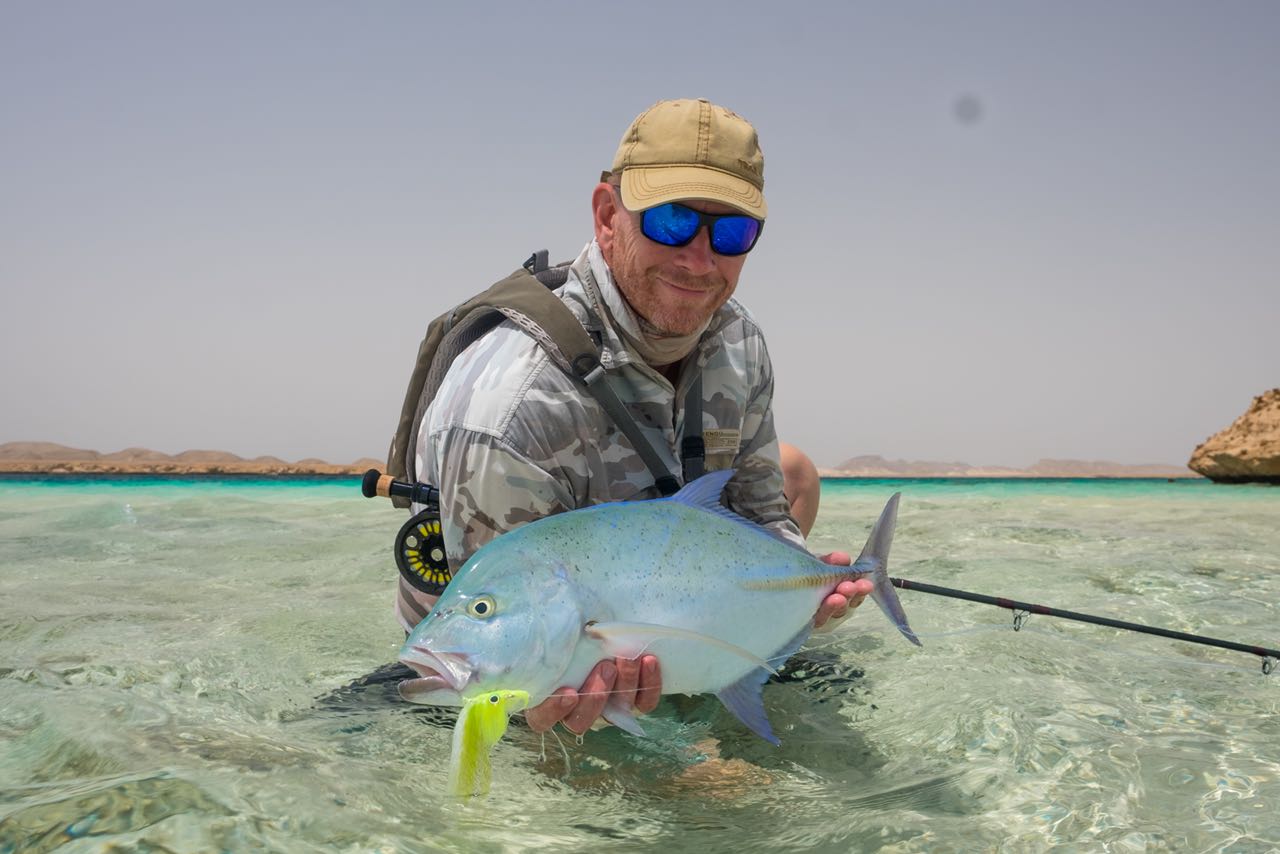 Bluefin trevally, the most underrated of all the trevally. Pound for pound they give you a serious run for your money 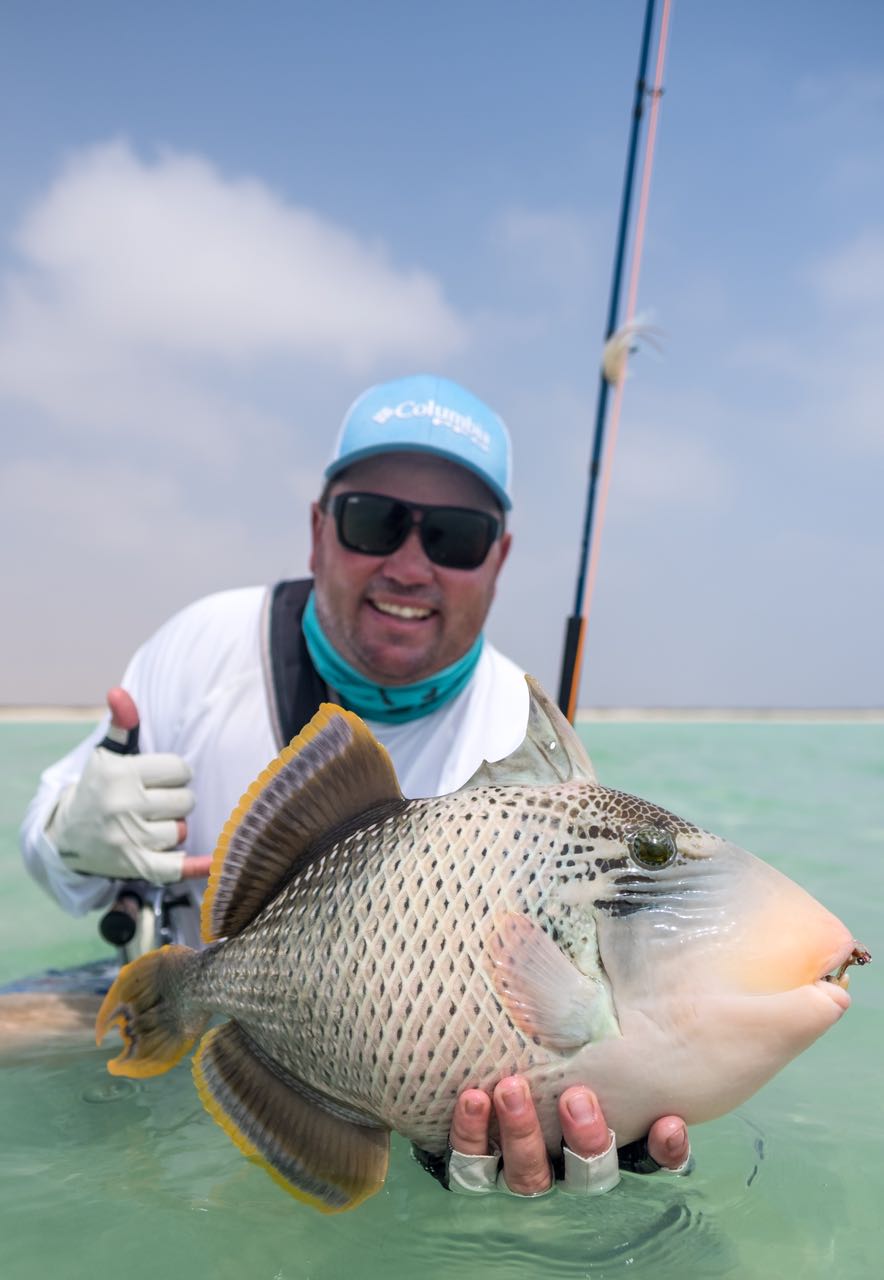 Willem with a solid yellow-margin triggerfish. 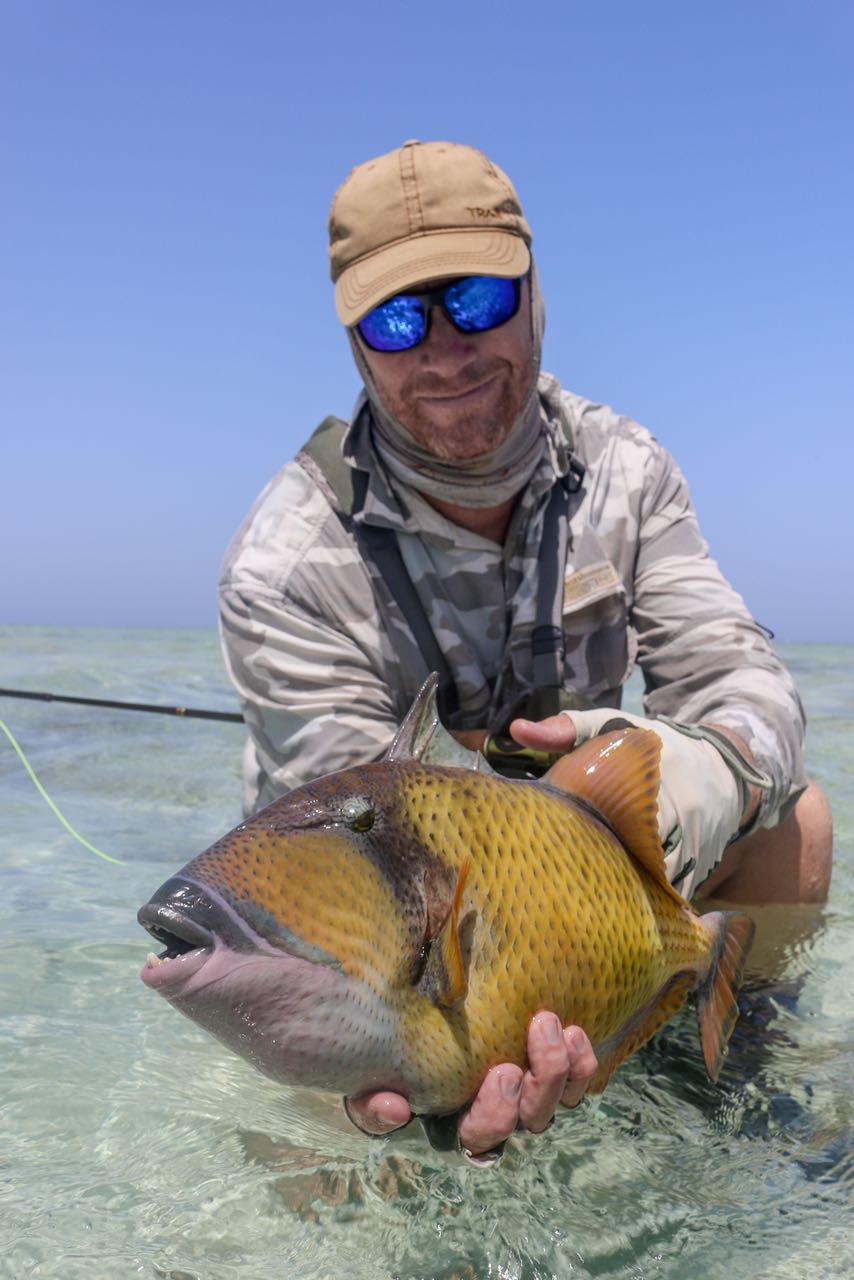 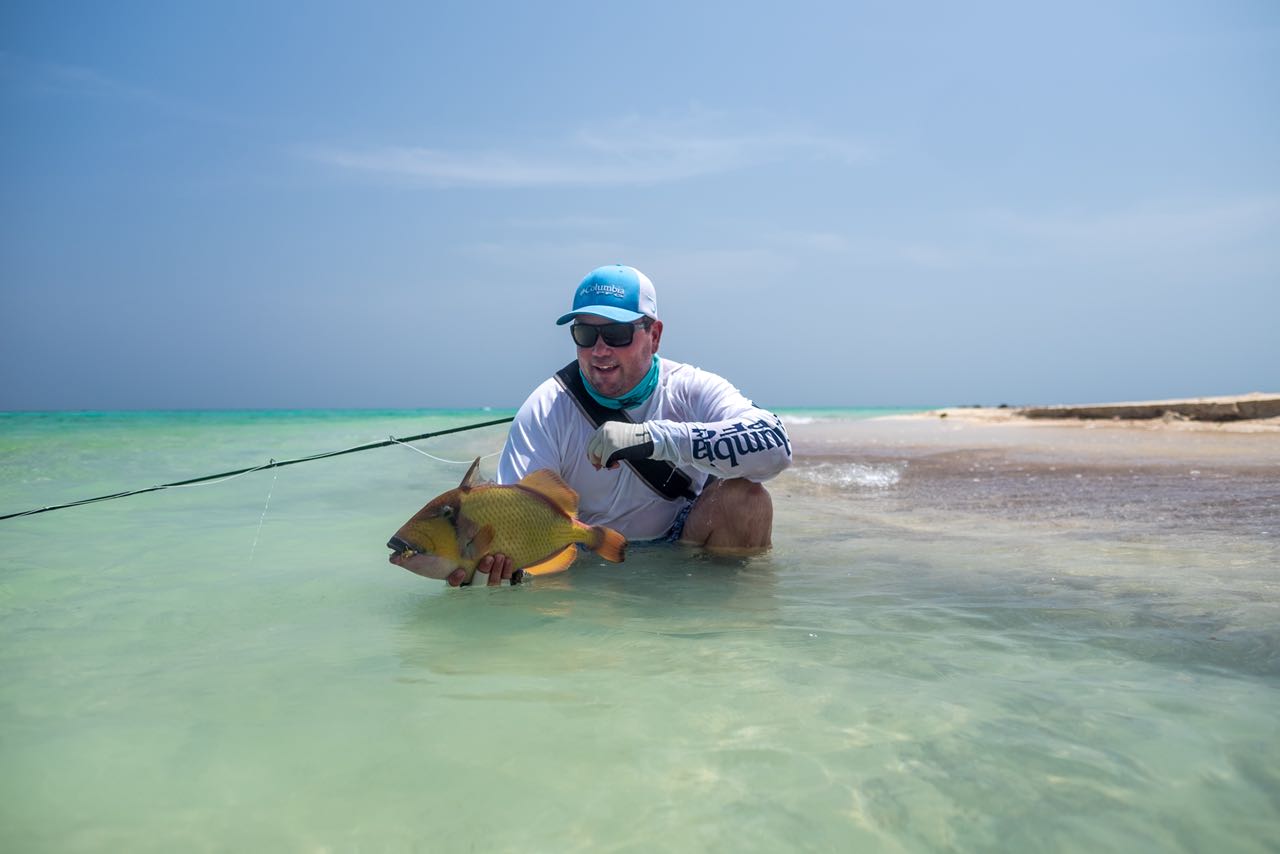