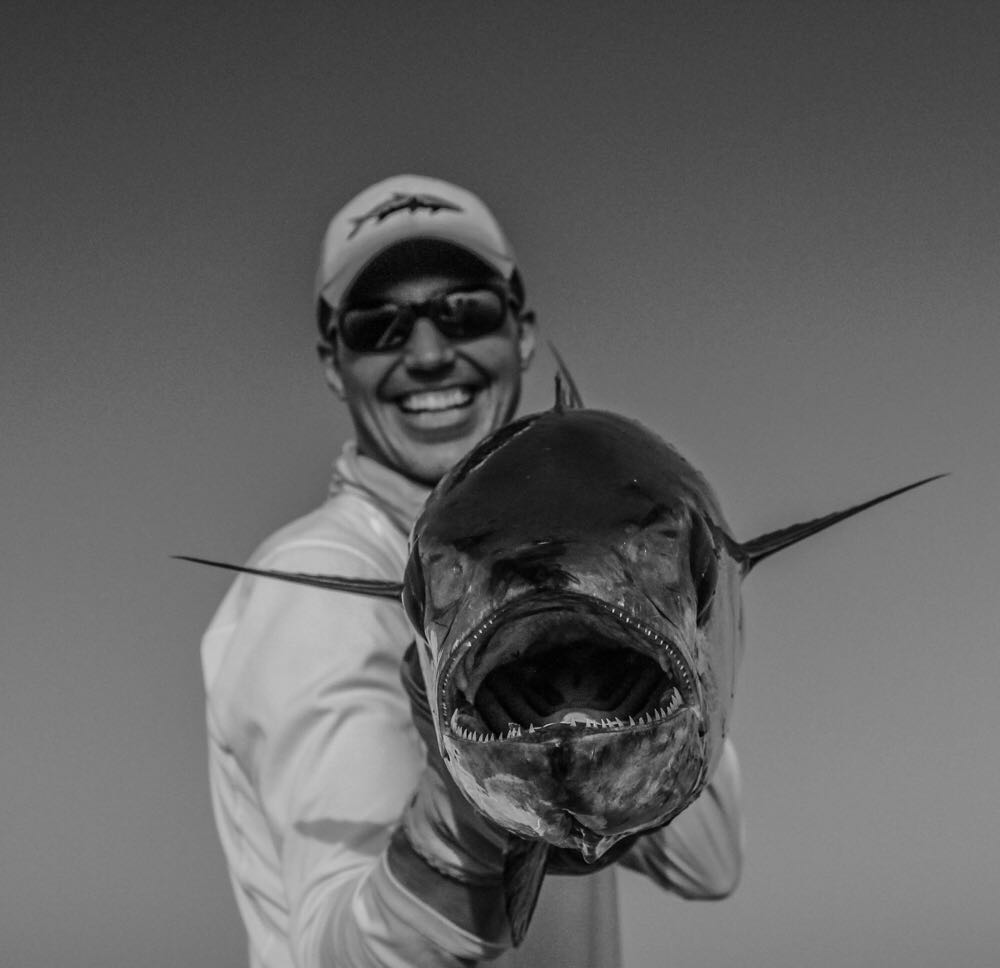 The Business end! Andrew, providing some sushumi for the team 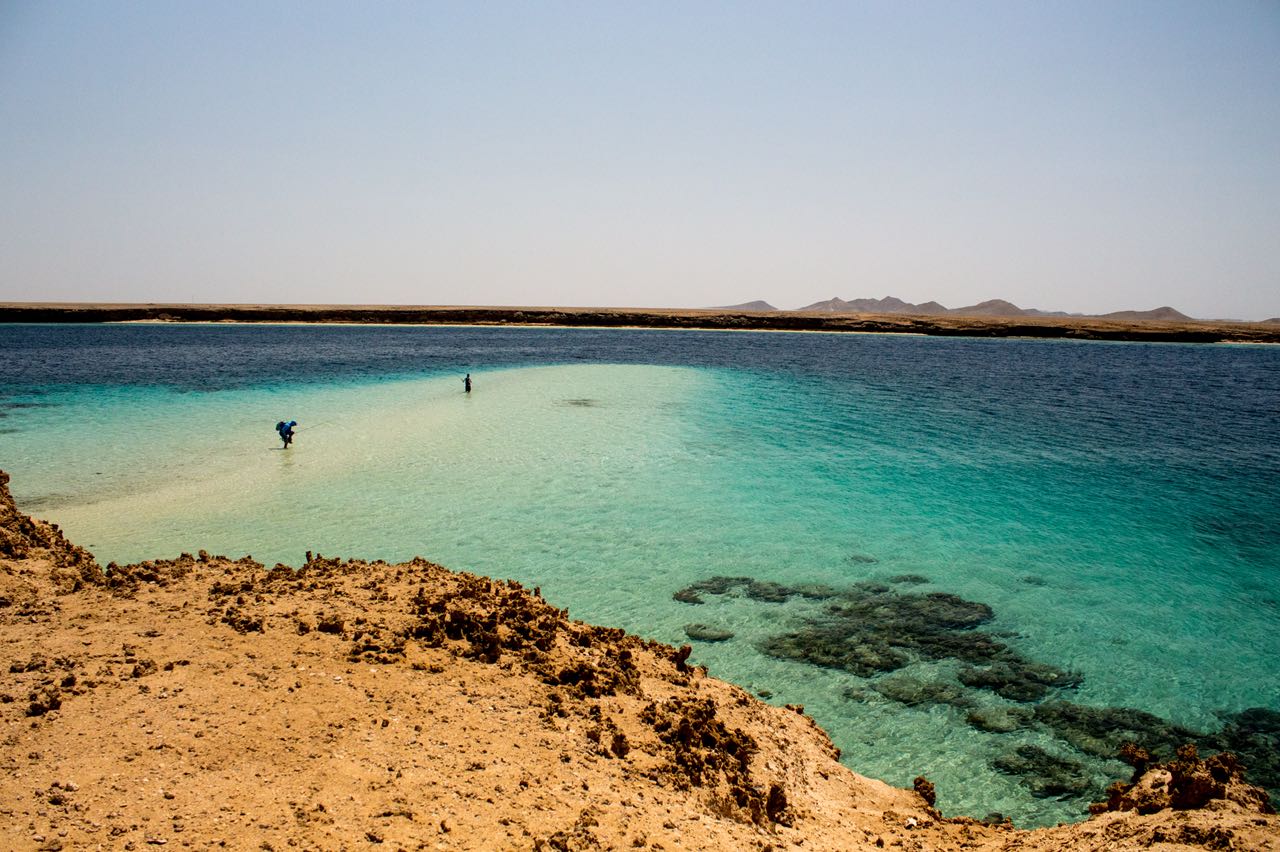 Stake out! Waiting for GT’s to come in on the Nubian Flats

It was a slow start to the week with the South wind blowing onto the flats making sight fishing for the triggers and Gt’s difficult. The action on the pinnacles was also comparatively slow, with the fish around, but not committing to the fly. However, the troops were kept inspired by landing two dog tooth tuna of 10kg and 7kg on conventional gear for some sashimi and the odd encounter with GT’s each day.

The latter half of the week saw fishing conditions improve as the wind picked up, and changed directions, coming from the North. This brought cold water onto the flats. The triggers became more cooperative with the numbers improving and the last day proved to be the best with 7 triggers landed on the last day alone. Also 3 gts were landed during the week of 72, 82 and 85 cm , with another 7 being hooked and lost over the course of the week. It was a pleasure to host Brian and his group from @flywatertravel, even though tough conditions made the fishing at times challenging. With the fishing picking up over the last two days, it was great to end on a high note. 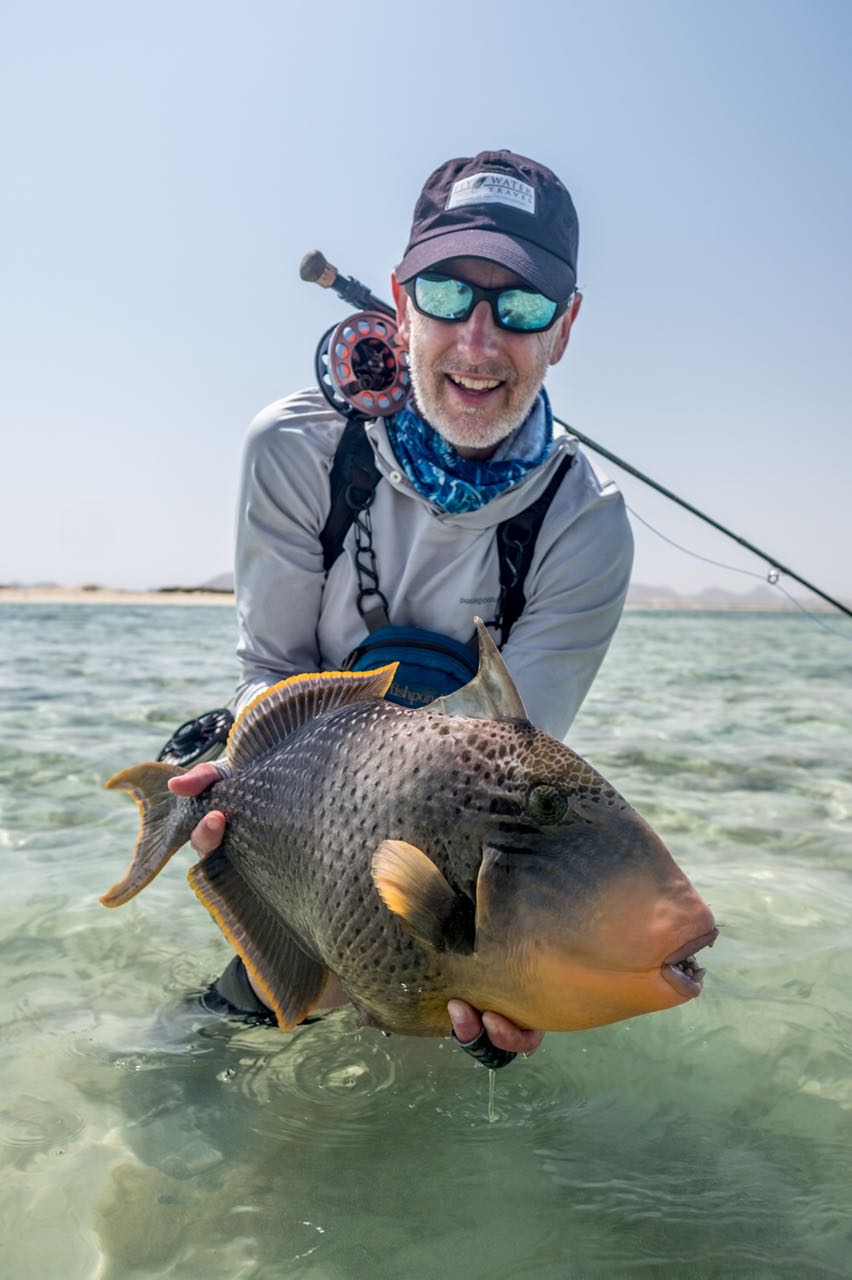 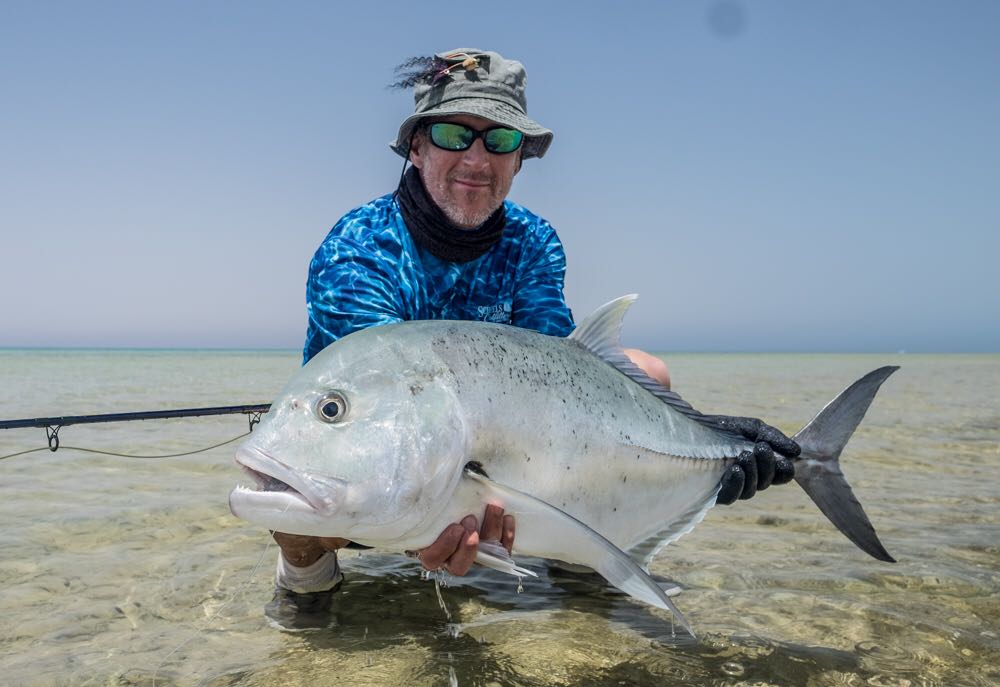 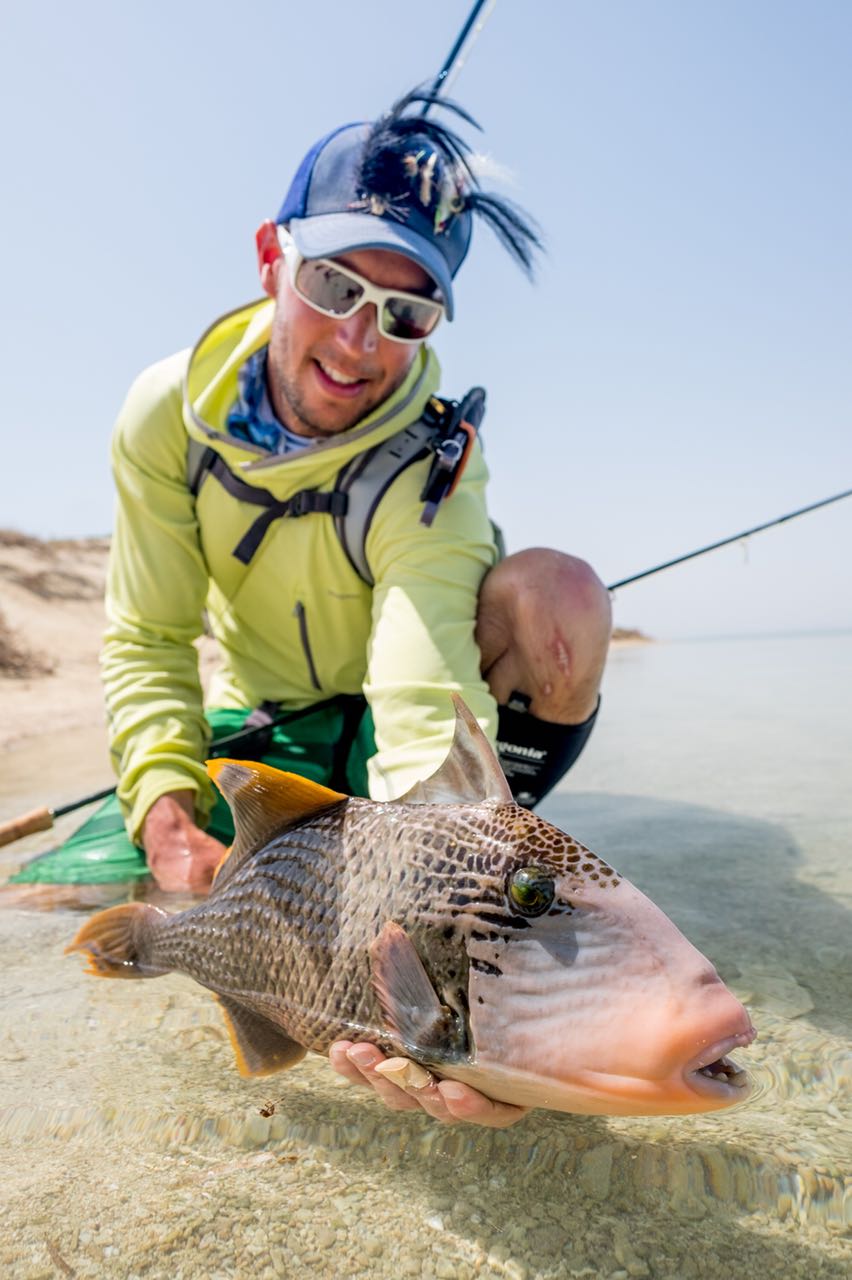 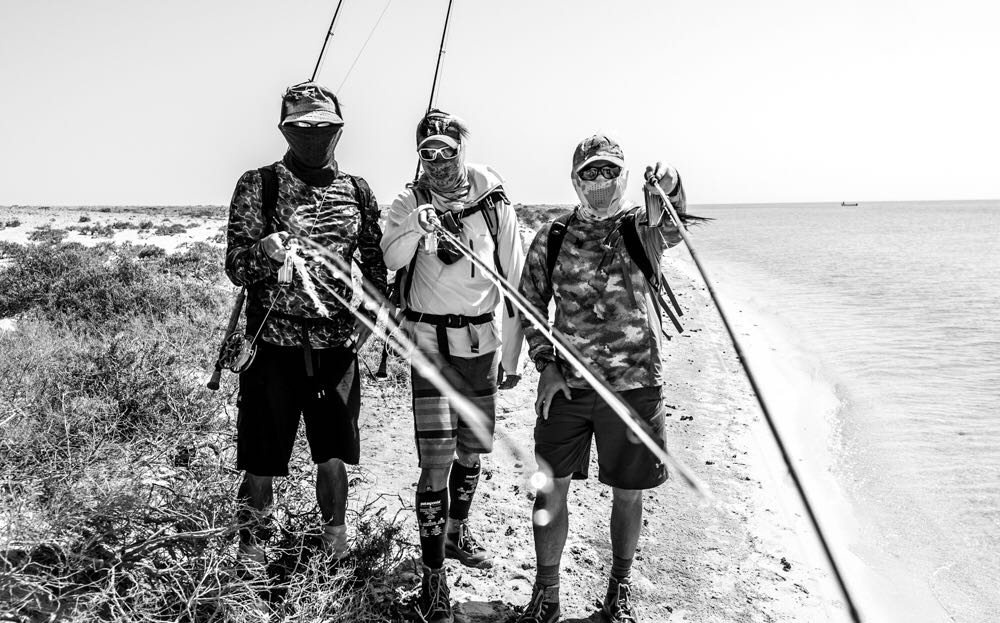 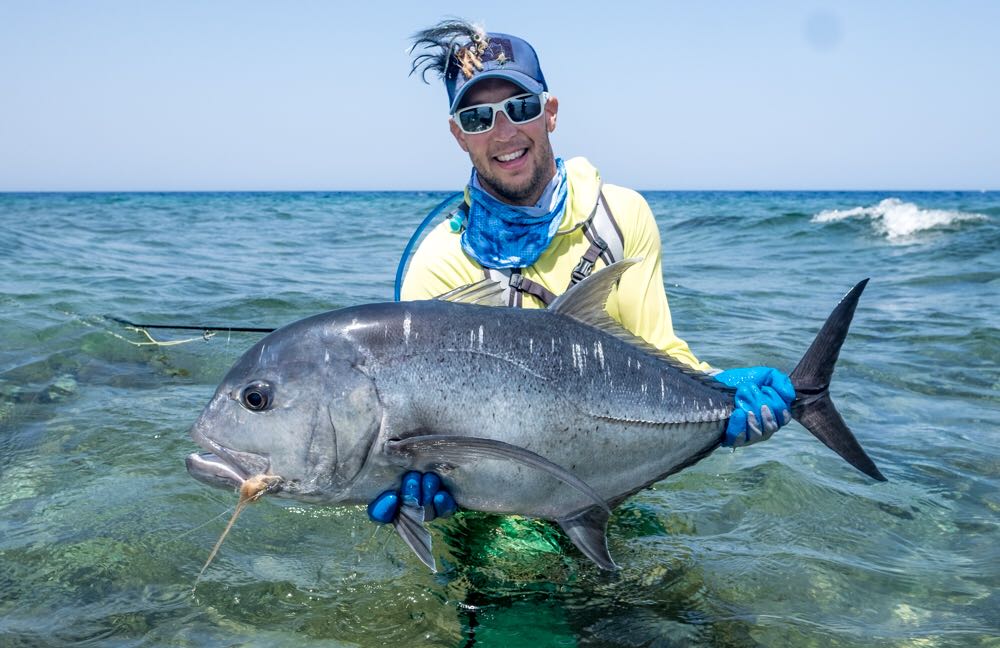 Ladd with a lovely GT off the pinnacles. A spot where 80% of the fish hooked win the battles. 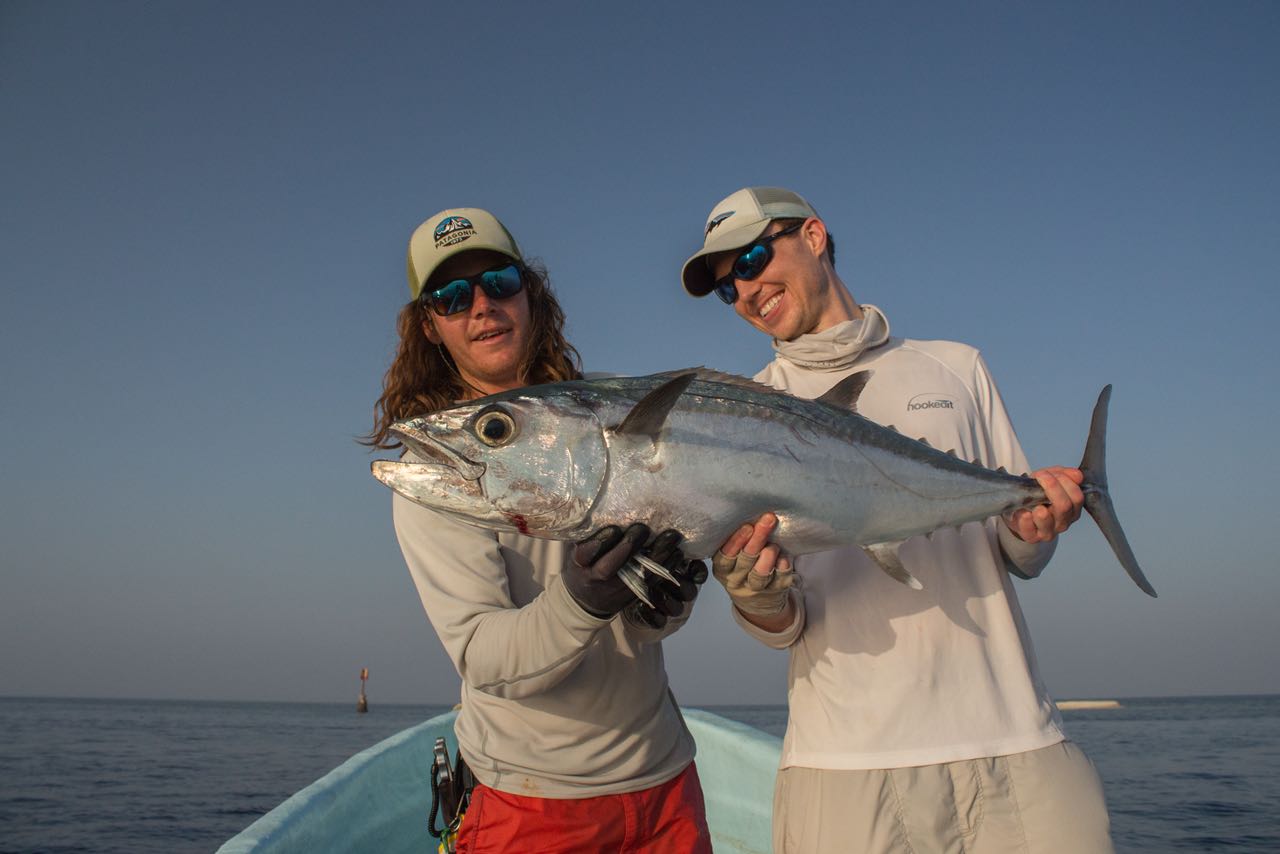 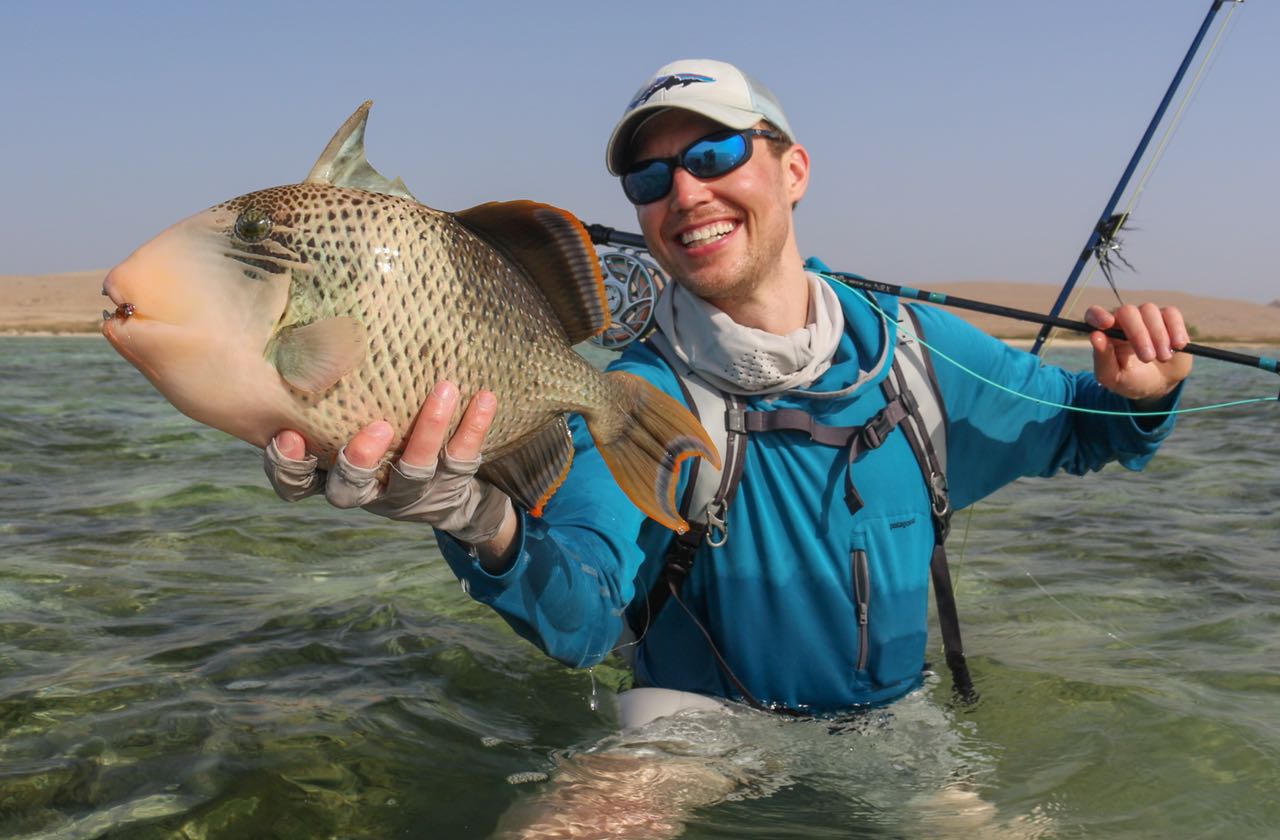 When you finally get the trigger after some tough fishing conditions. These tricky fish will drive you mad! 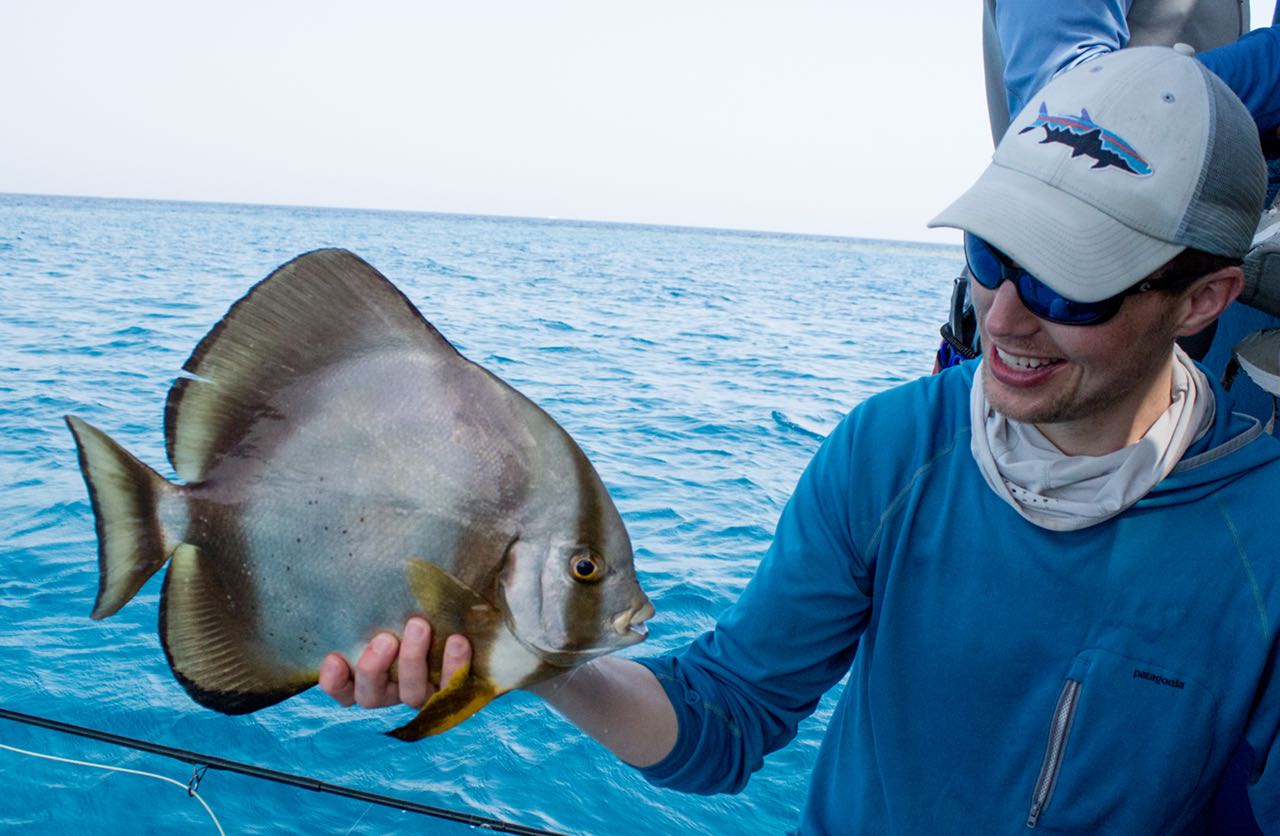 Batfish off the back of the boat, always good sport and a brutal tussle on the 9whts stopping them from reaching the reef 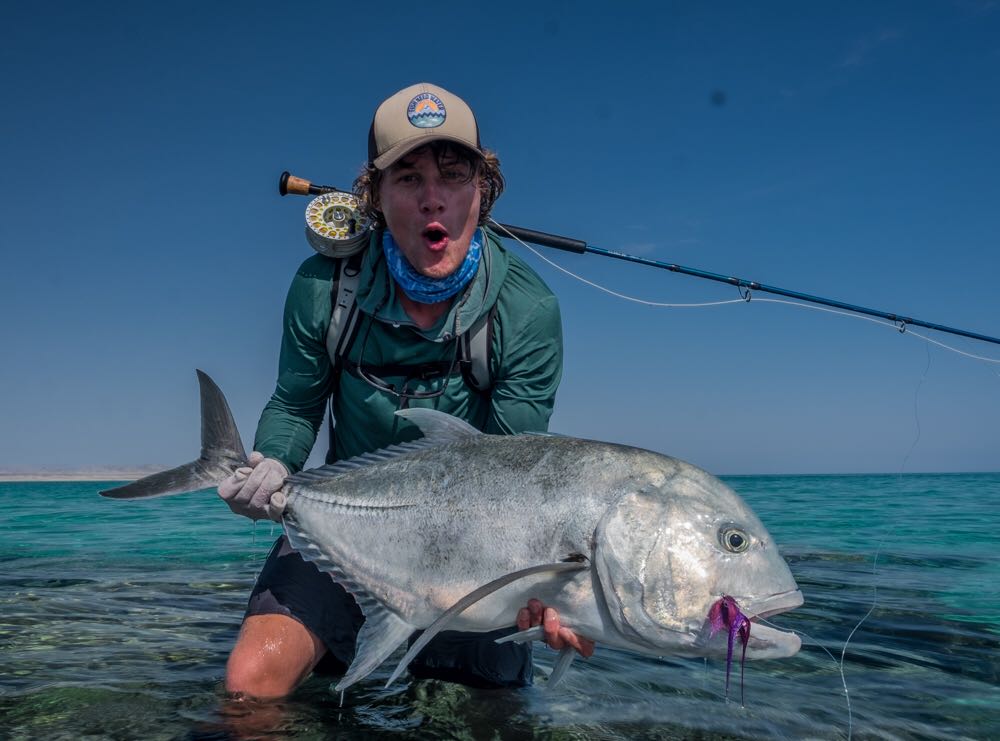