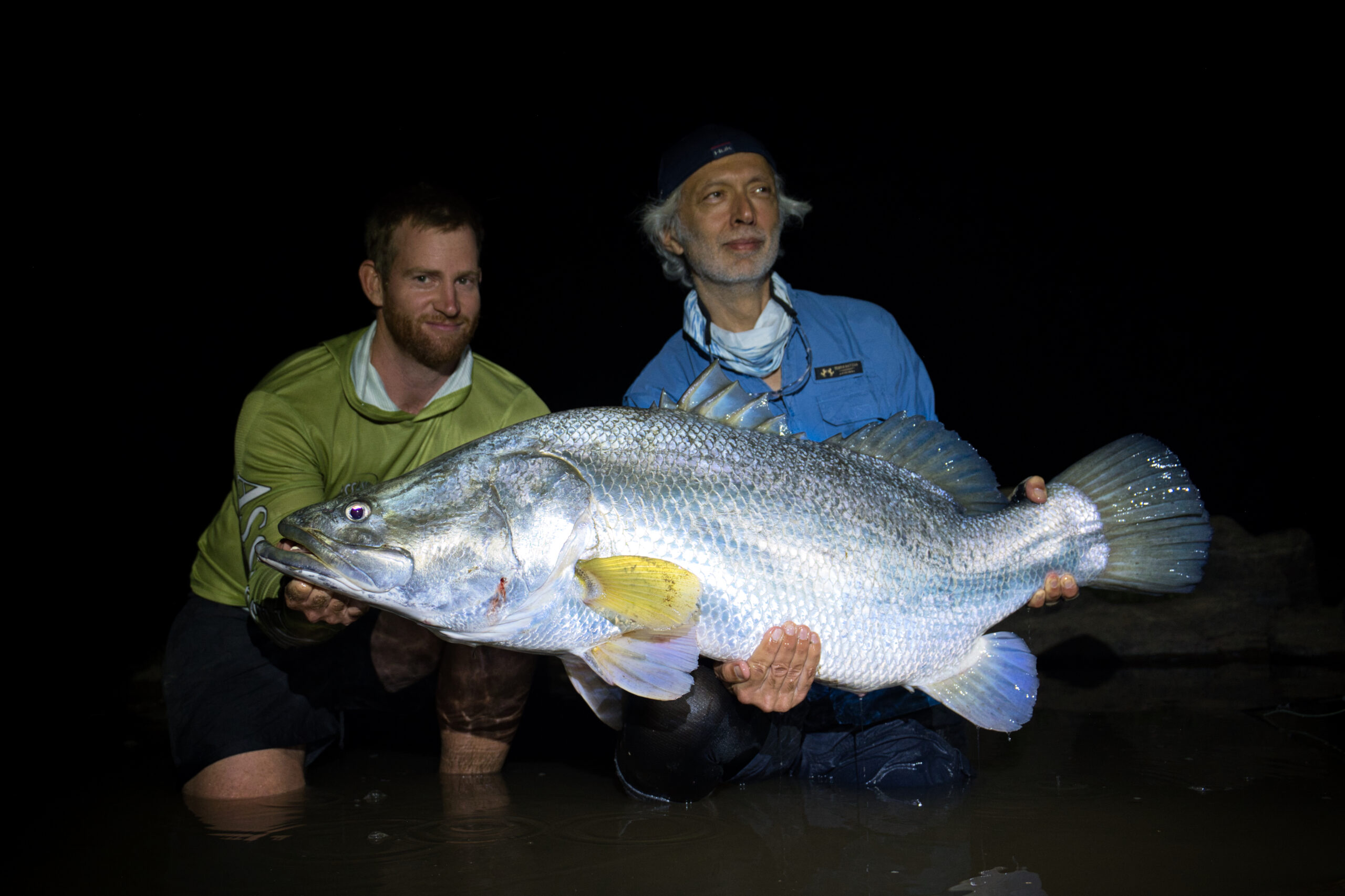 With Gassa Camp, once again built in in the shade of the riverine forest on the banks of the pristine Faro River, we were excited to welcome the first group of the Nile Perch season. A group consisting of Brian Gies,  accompanying husband and wife duo Brian and Pamela from the USA and another husband and wife duo, Myriam and Nevid, from Spain. A lack of signal, while we put final touches to the Satellite internet connection, meant that we had no real sense of their time of arrival. And so we sat in the shade of the Bedouin tent, sipping on  Coke and Orangina, watching antelope periodically leaving the safety of the forest on the opposite bank to come and drink at the river. At that point, life could not have been more serene. Occasionally we wondered how Blaede, the sacrificial lamb sent to Garoua to do shopping and meet guests, was doing 😉

The contrast between our day and Blaede’s could not have been more stark. Last minute vehicle taxes, a tire blow-out and the general experience of doing shopping in Garoua while keeping guests entertained was fraying his nerves to say the least. If it hadn’t been for the fascination of the guests with the chaos and culture shock of the market in Garoua, he might have had a very tough time indeed, but our first guests were game for it all. Having left the town far later than was hoped, Blaede and one guest  raced ahead in the cruiser with Bajuma at the wheel (Cameroon’s resident Ken Block), leaving the rest of the guests to have a far more comfortable drive in the Nissan Patrol. Eventually, well after dark, they all arrived, exhausted but smiling and we sat down to a fantastic meal before collapsing into bed, looking forward to the week ahead.

With the river still running high and cool, the fishing for the barbs and tigers was tough. With the conditions being more conducive to the tigers, these were our main focus. One of the many things that makes the faro river unique is the fact that, should you feel so inclined, you can sight fish the tigers. In the clear, slightly turquois water, the bright red tails and black adipose fin stick out like a sore thumb over the sand banks. A gentle cast with a sparse, natural baitfish imitation followed by an extremely fast retrieve almost always elicits an absolutely savage take, usually pretty much on the surface. Hooking and landing them is another story entirely. The main tigerfish species here, Hydrocynus brevis, has a tendency to swim towards you after hitting the fly, making the hook set very difficult. Once hooked, it is one of the most acrobatic fish you will ever come across, and any of a decent size almost invariably throw the hook. For these reasons, while we had some very exciting day sessions with fish over 8lb and probably up to 14lb eating the fly, no big tigers were landed. All the guests managed a few of the smaller brevis and the small but beautiful H. forskali tigerfish.

Our Nile Perch fishing started off with a bang. We took the guests on the first evening to a small beat, absolutely brimming with hippos, to give the full African experience for their first night on the water. As the sun went down the grunts of the hippos seemed to get louder with conversation over their calling and splashing often being impossible. In the midst of the chaos, the first perch of the trip was hooked by Myriam, who was traveling with her husband, Nevid from Spain. . After an involuntary swim by Phil, who handled the MVP* like a pro to keep the fish from cutting Myrian off, the fish was landed and measured at a very respectable 94cm and being in truly excellent condition.

The following night the Brian, from Fly Water Travel landed a superb 108cm fish from a narrow channel filled with very sharp oyster beds. For the next couple of nights the fishing became quiet in spots that we knew held good numbers of absolute units, and so a brain-storming session between Phil and Ewan resulted in a new game plan. Sink-tip lines were abandoned, and intermediates found their way onto 12wt reels. The deep spots were left alone, in favour of the shallower tail-outs. The tactic change almost immediately rendered results with two beasts being hooked and lost and a few more takes missed in one evening. The following evening, the tactics really paid off, with 3 fish over 80cm landed by Brian Townsend from the US, one small perch landed by Brian Gies, a massive fish hooked and lost by the Myriam, and a tank of a fish at 126cm with an 85cm girth landed by Nevid. The scale of the fish coming out of such as small river beggared belief. It just didn’t seem possible. Of course, everyone came running to get a good look at the giant, before it was sent on its way, soaking us with a powerful kick of its tail, an act of contempt at being caught.

Finishing off a great week of Nile Perch fishing

As we sat on a sand bank next to the river sipping on G&Ts on the last evening with the first group, watching the sun go down over a glassy river, the crocs gliding gently up the river, I had to reflect that, despite the massive fish, they are not the real highlight of this place. It is such a privilege to see and experience an area of West Africa that is still mostly pristine. You feel like a guest in an area that really belongs to the wildlife and only a handful of people will ever get to see it. Hopefully, the camp will continue to grow in popularity, because this fragile gem of an area relies heavily on it and I would love to grow old in a world where the Faro River still exists in its pristine state. Click here if you would like to find out more about the pristine fishery. 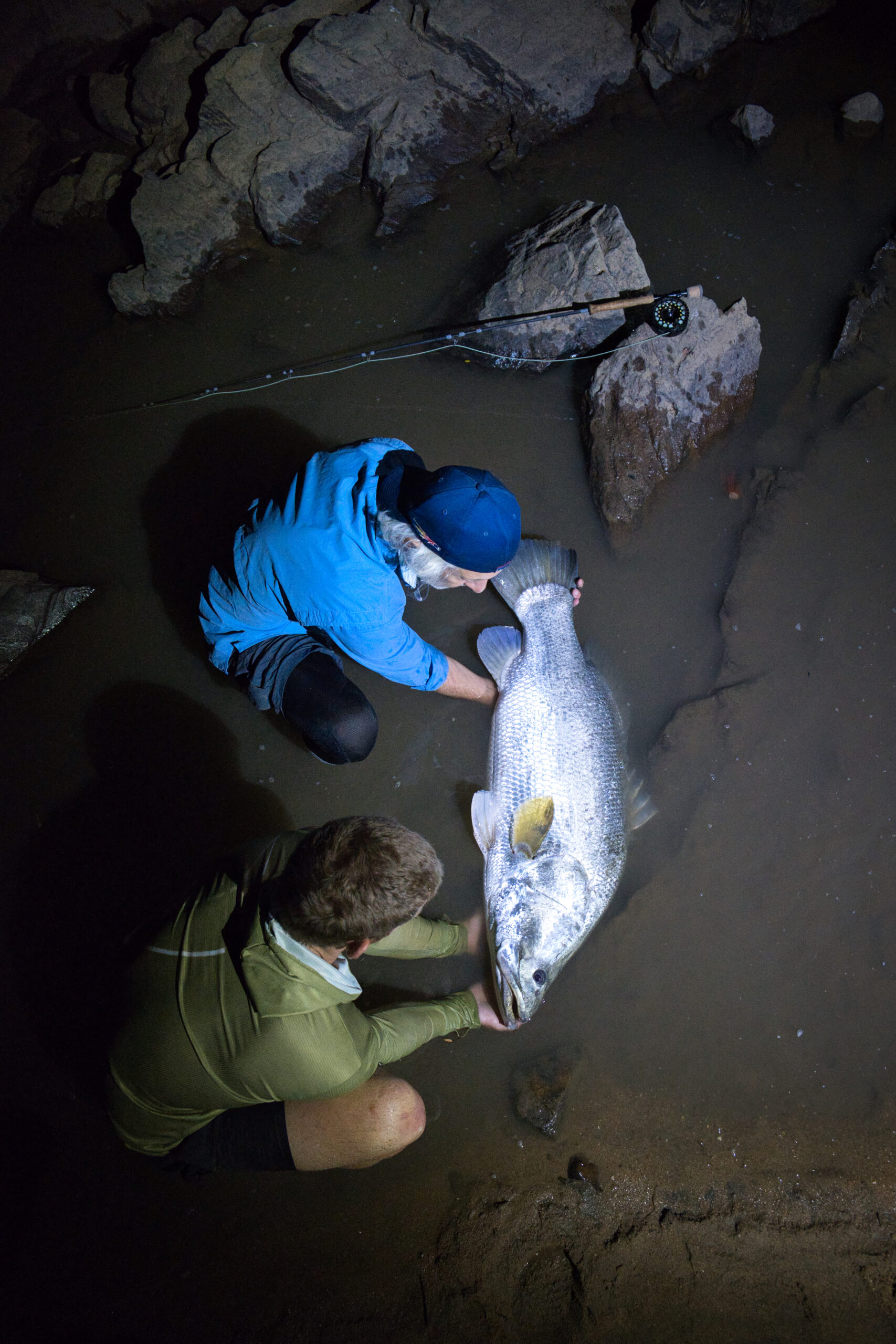 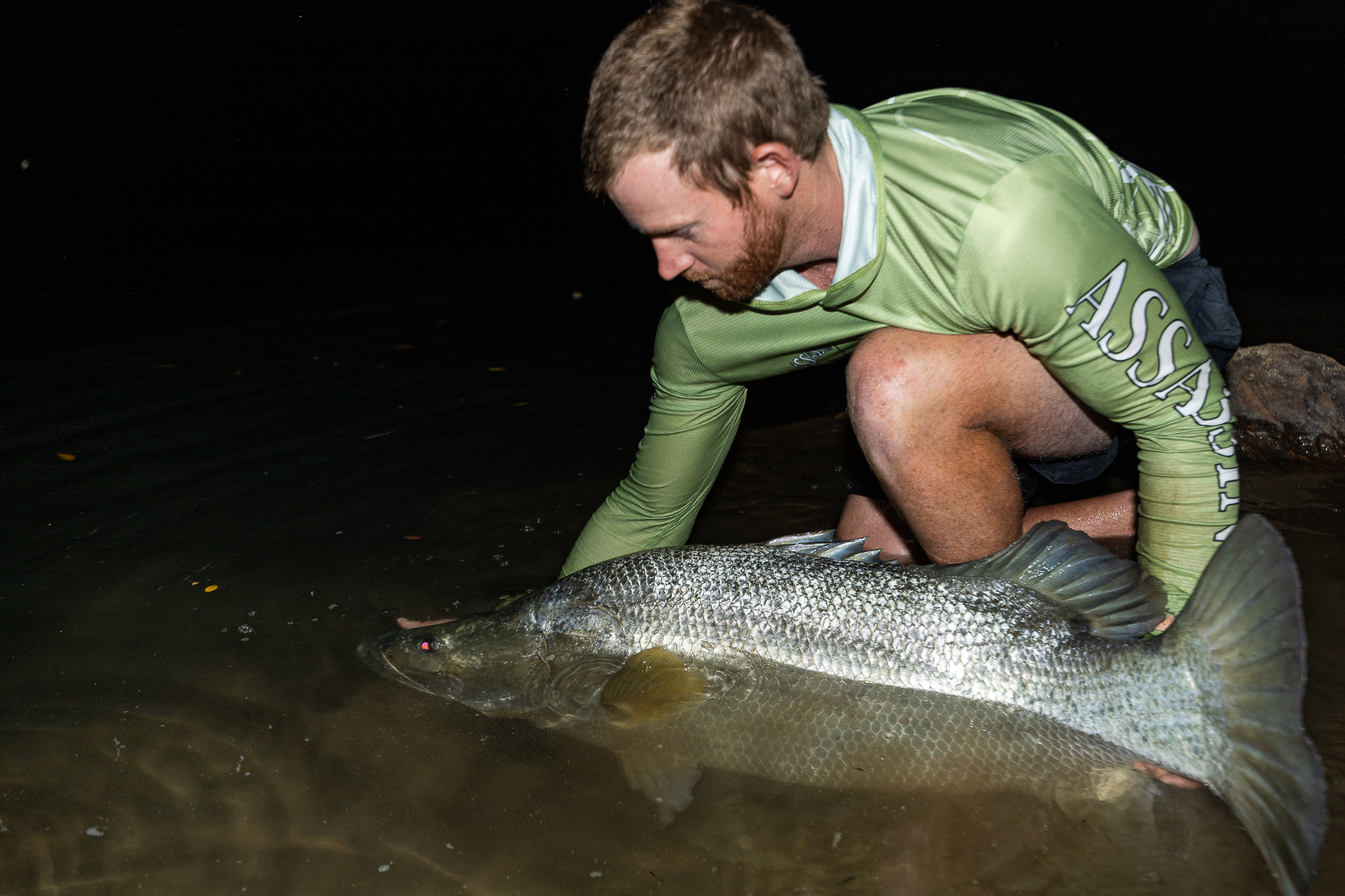 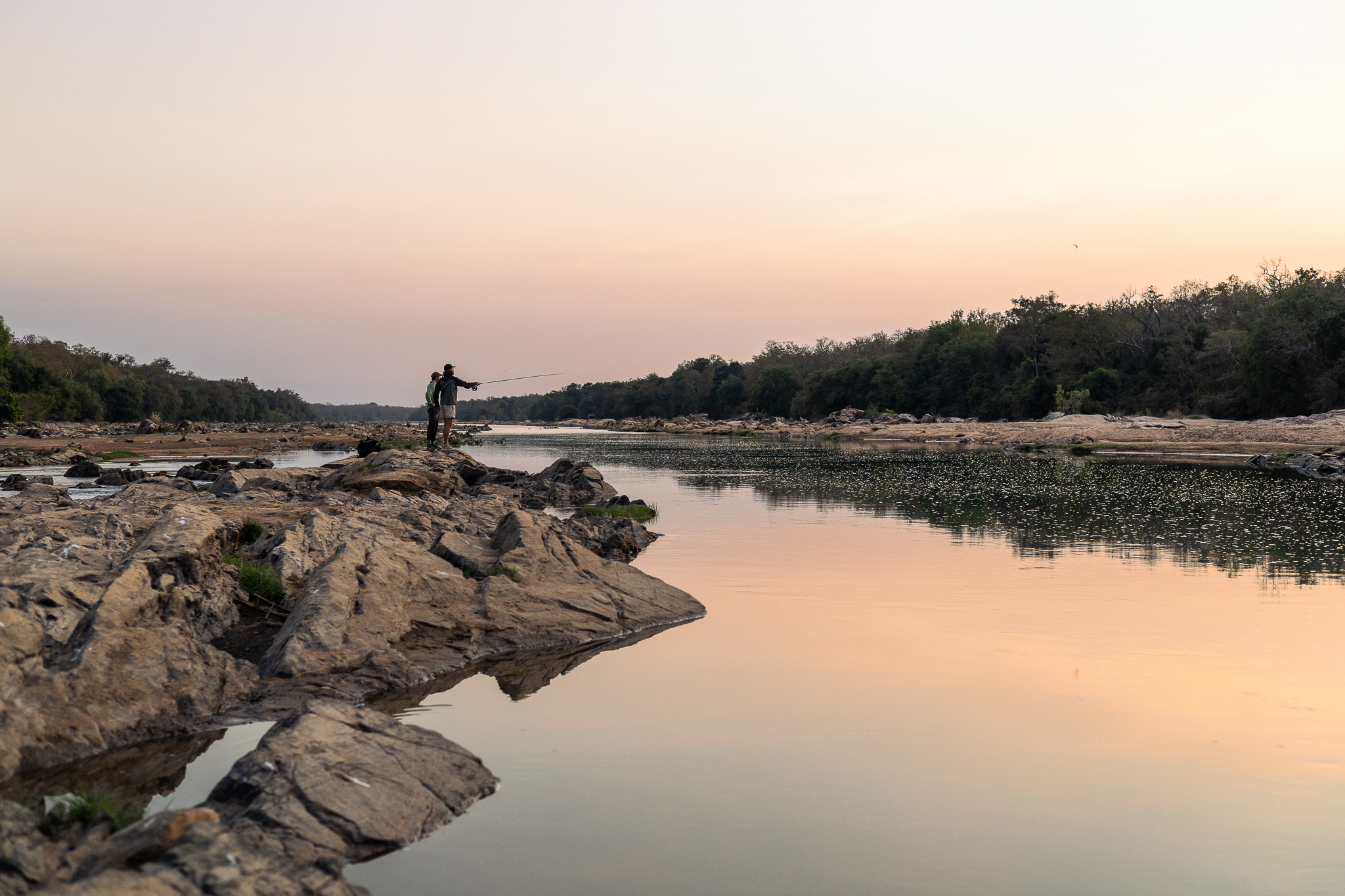 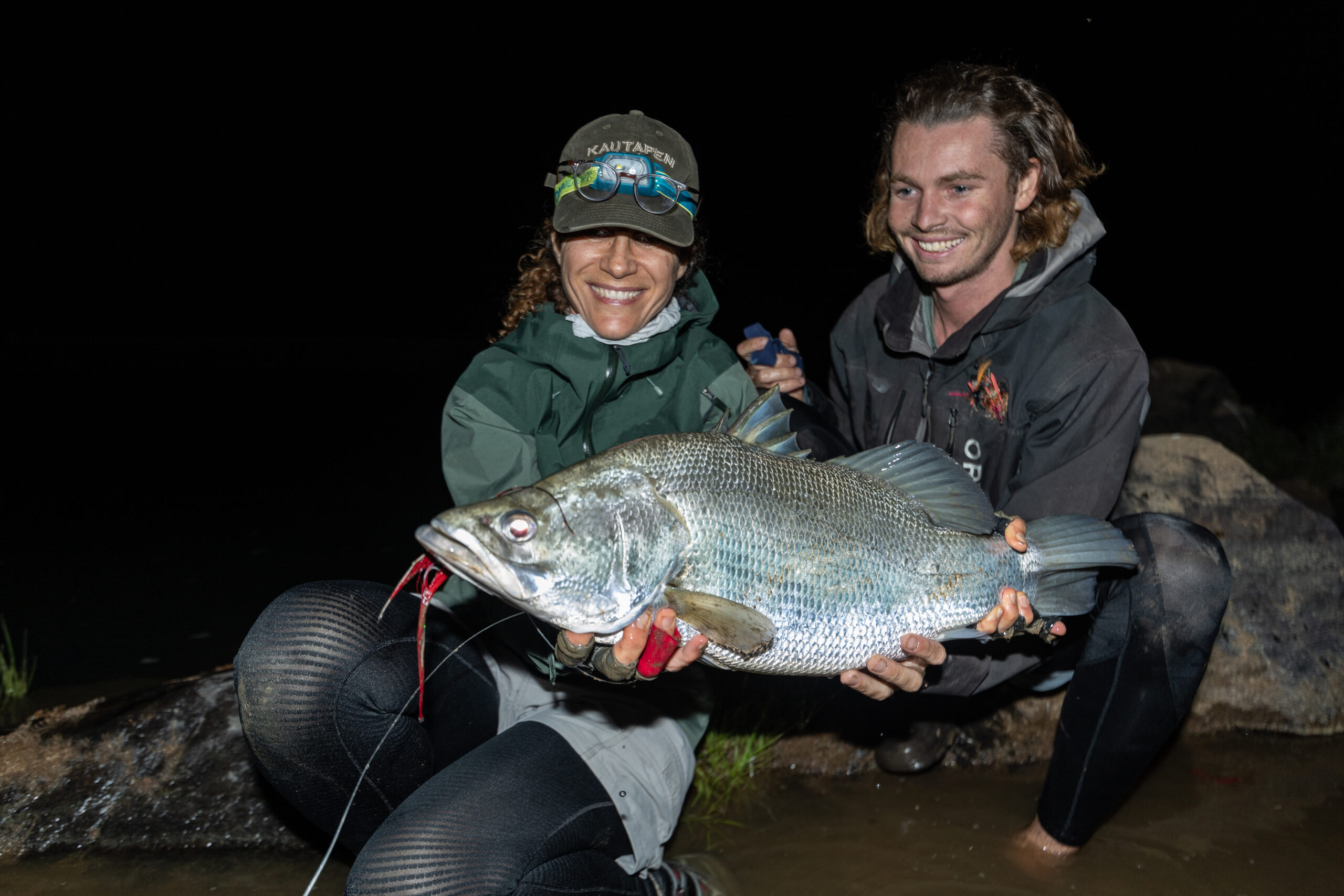 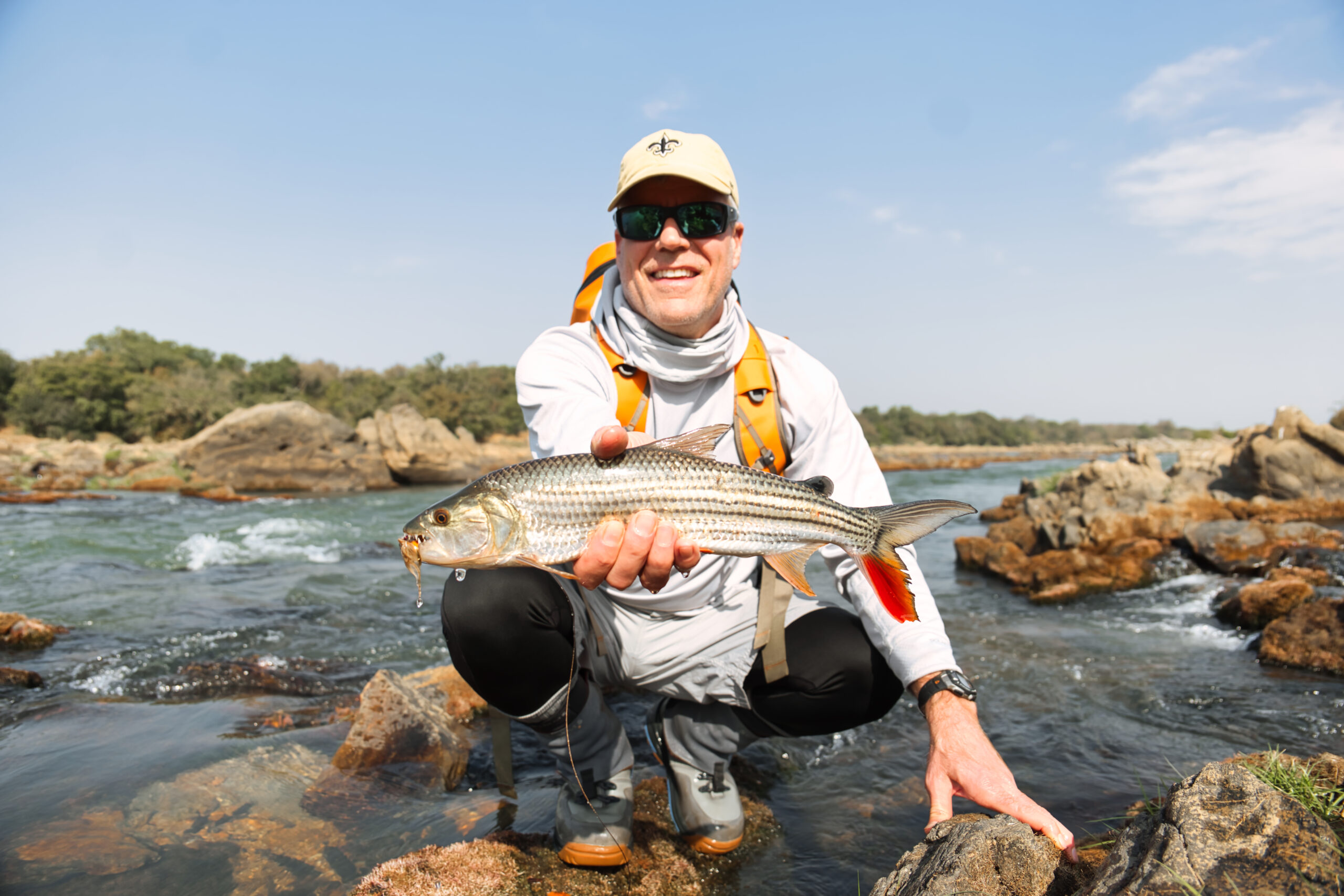 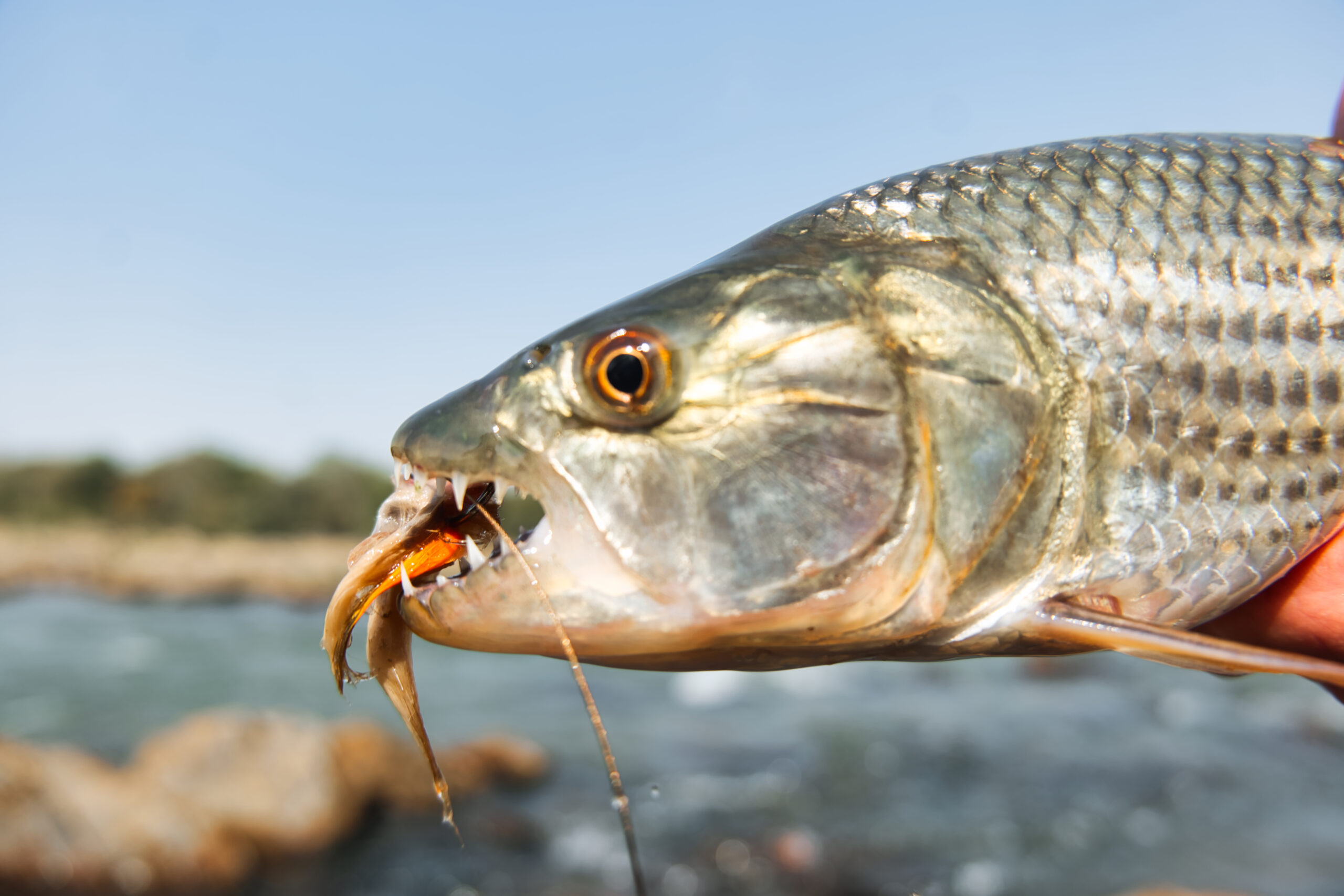 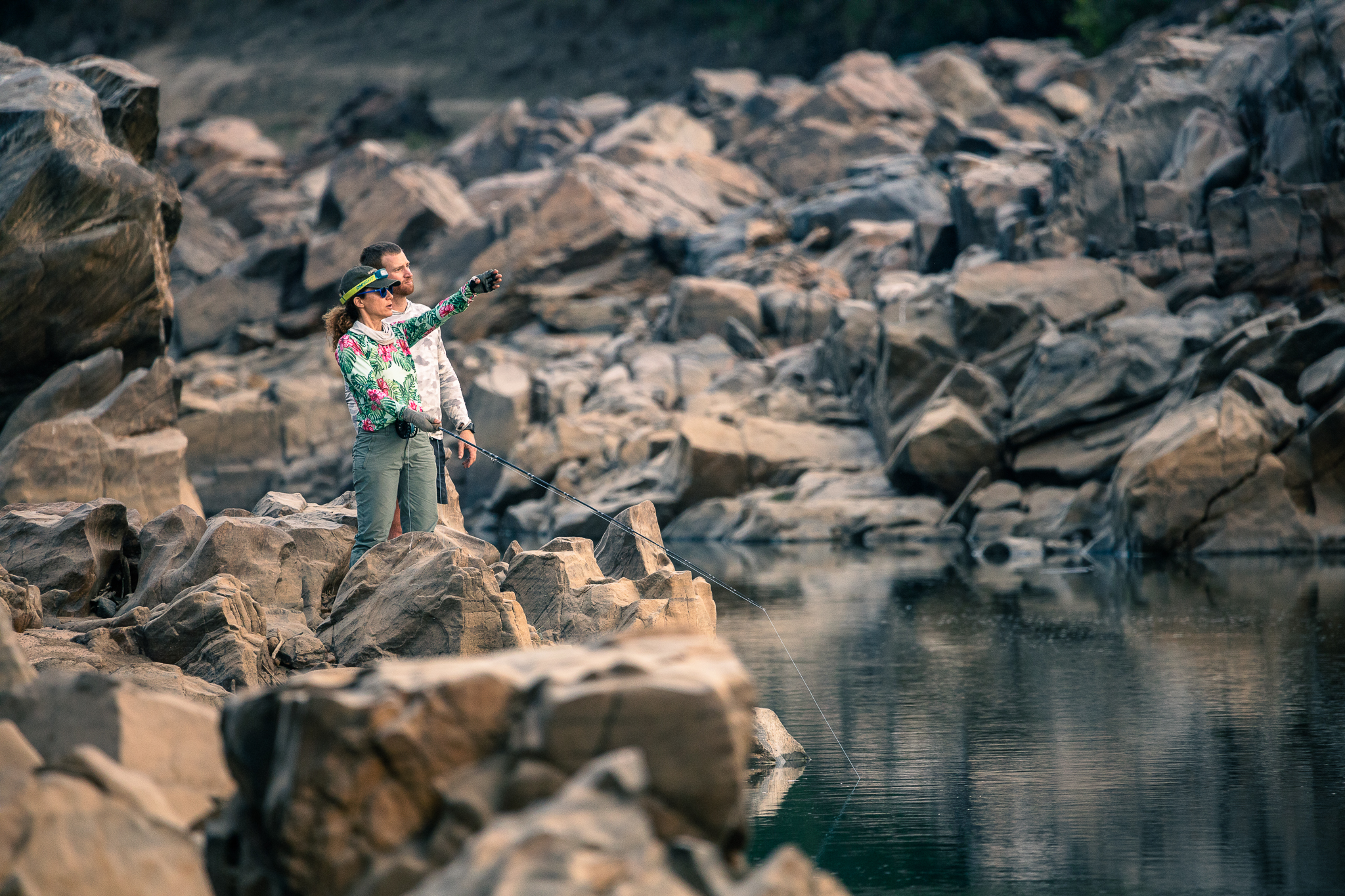 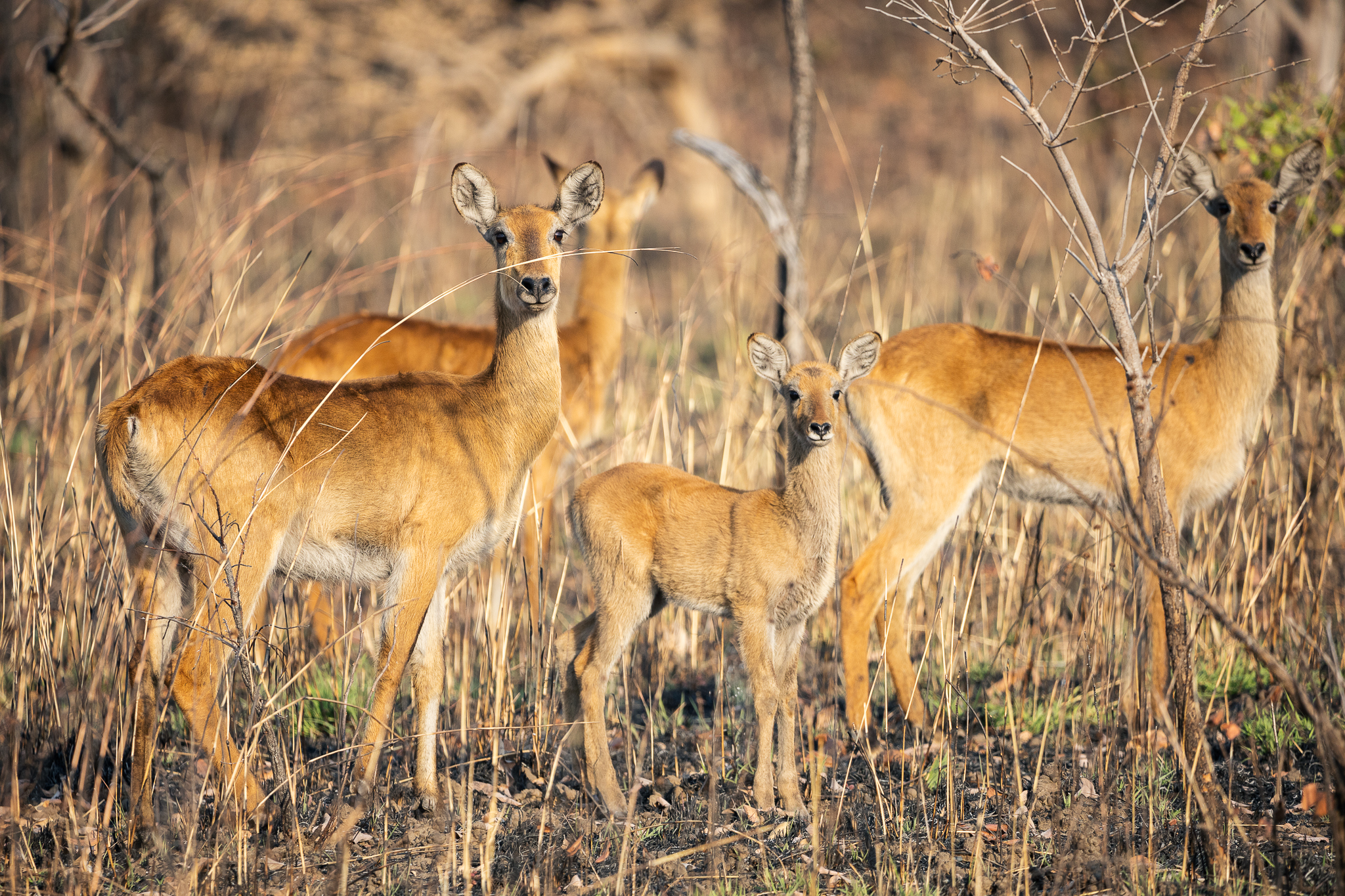 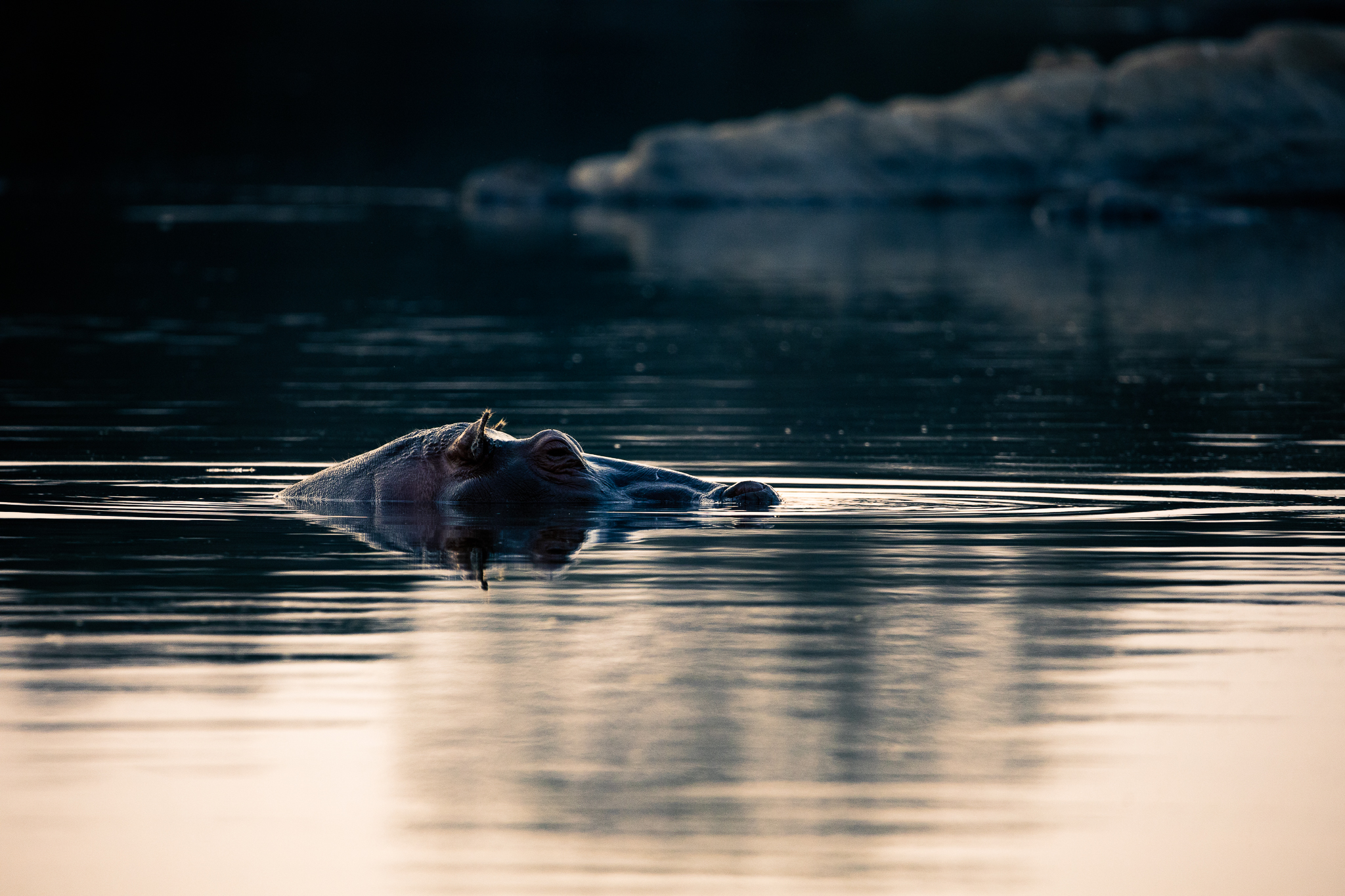 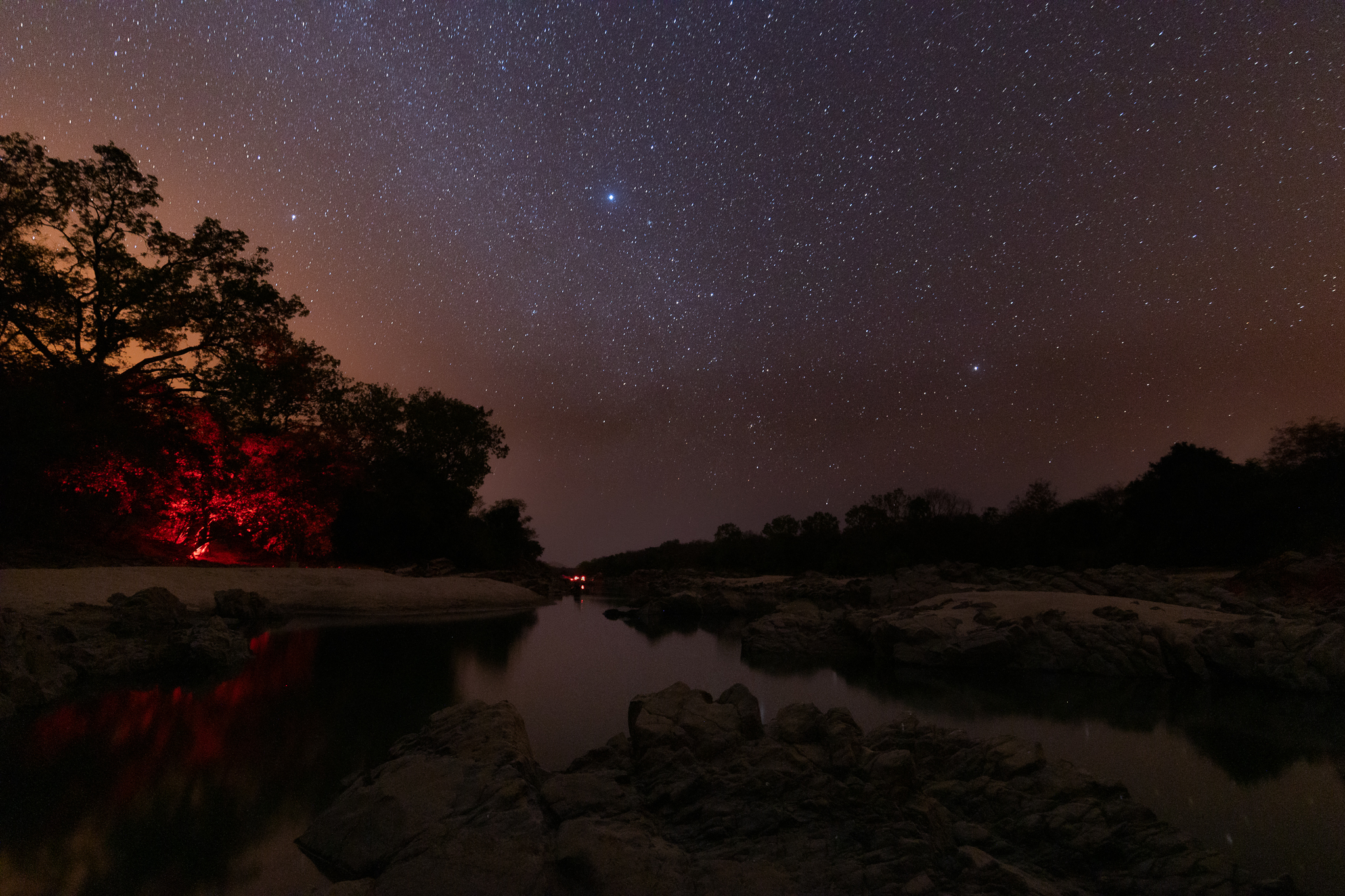