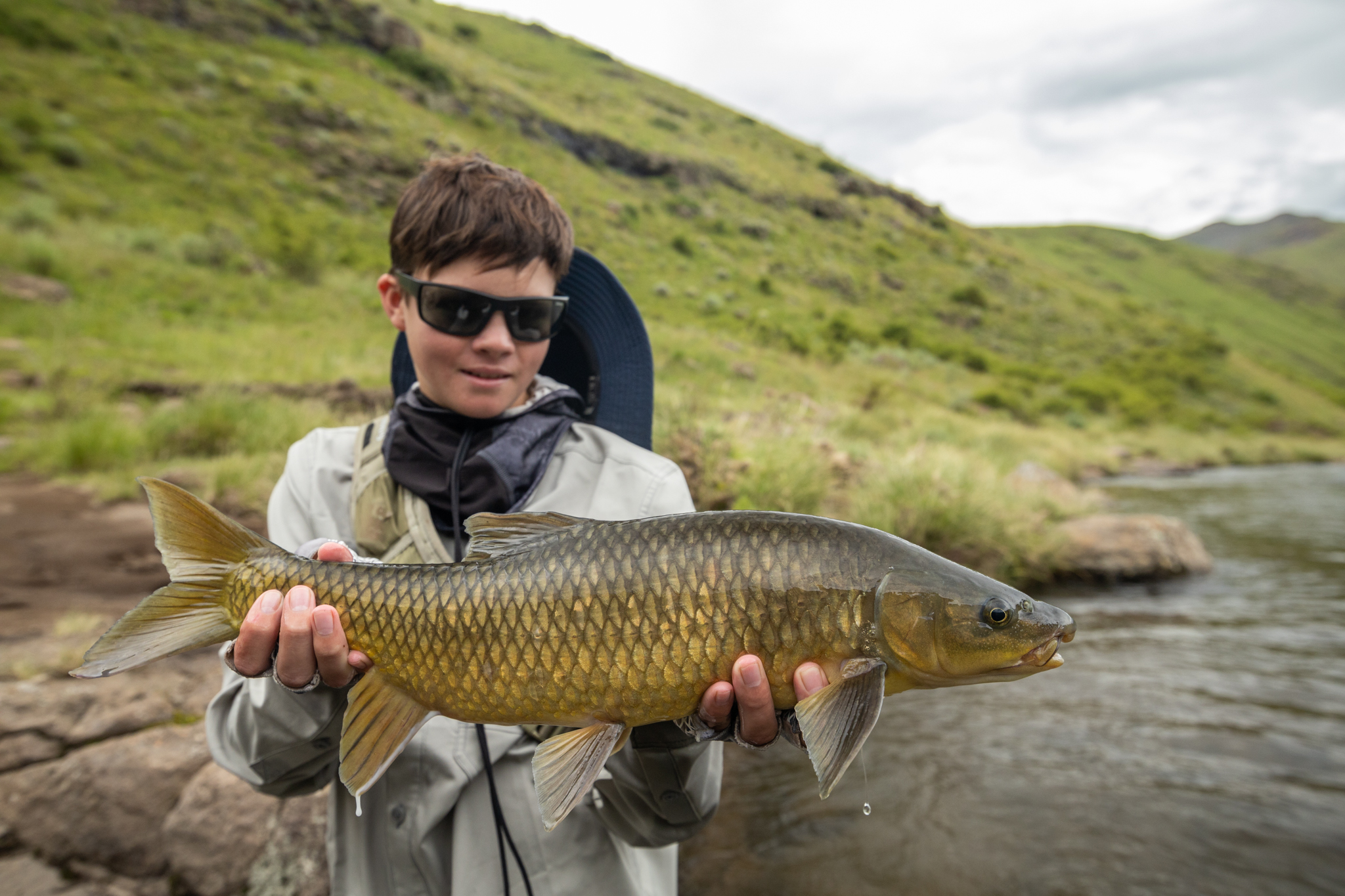 The Lesotho highlands are a very far cry from the Miombo Woodlands of Zambia and Zimbabwe, and so the wilderness-hardened Southern African guests arrived with slack-jawed, breathless cries of “Mushe!” which I believe is Zimbabwean for “hectic”, “aweh” or “lekker!”. Unfortunately, they also arrived to a river that was completely brown after a serious overnight thunderstorm upstream. No problem, we think, let’s just get them onto the dam for a quick evening session to unwind after a long couple of days of travelling and to scratch that fishing itch. With bags unceremoniously thrown onto beds, rods were set up with the shaking hands of delirious excitement followed by a mass exodus from the lodge in the direction of the dam. But the anticipated evening rise was not to be, and only a couple of fish came out of the mud that was Home Pool. Spirits were far from crushed and dinner was an animated affair with wild stories of seasickness and beetroot sandwiches (you really had to be there).

Dawn broke over a high, cold, but much cleaner river and the decision was made to start from the river right below the lodge and work our way up to the village. The cold water and intermittent rain made the dry fly fishing a little bit difficult, but with some creativity and that magical element, tungsten, the fish began to fall foul of temptation and curiosity, and everyone landed fish. It was particularly special for the okes who had never caught smallmouth yellows before and a yellowfish in the net coaxed a smile from even the shyest of guests. A short ride back to the lodge on the back of the cruiser brought the bedraggled but smiling guests back to find that our patron saint of hot water, Lebina, had looked at the rain and got the donkey going early for some steaming hot showers to finish the day.

Despite the overnight rain, the river was still looking pretty good in the morning and the decision was made to continue to fish up from where we left off the previous day. With some intermittent morning sun on the water, dry flies began to make an appearance on rods and some good fish were landed in the pools and pocket water alike, and the day finished with all of the guests having caught some fish and wild stories of lost brown trout from our youngest guest. 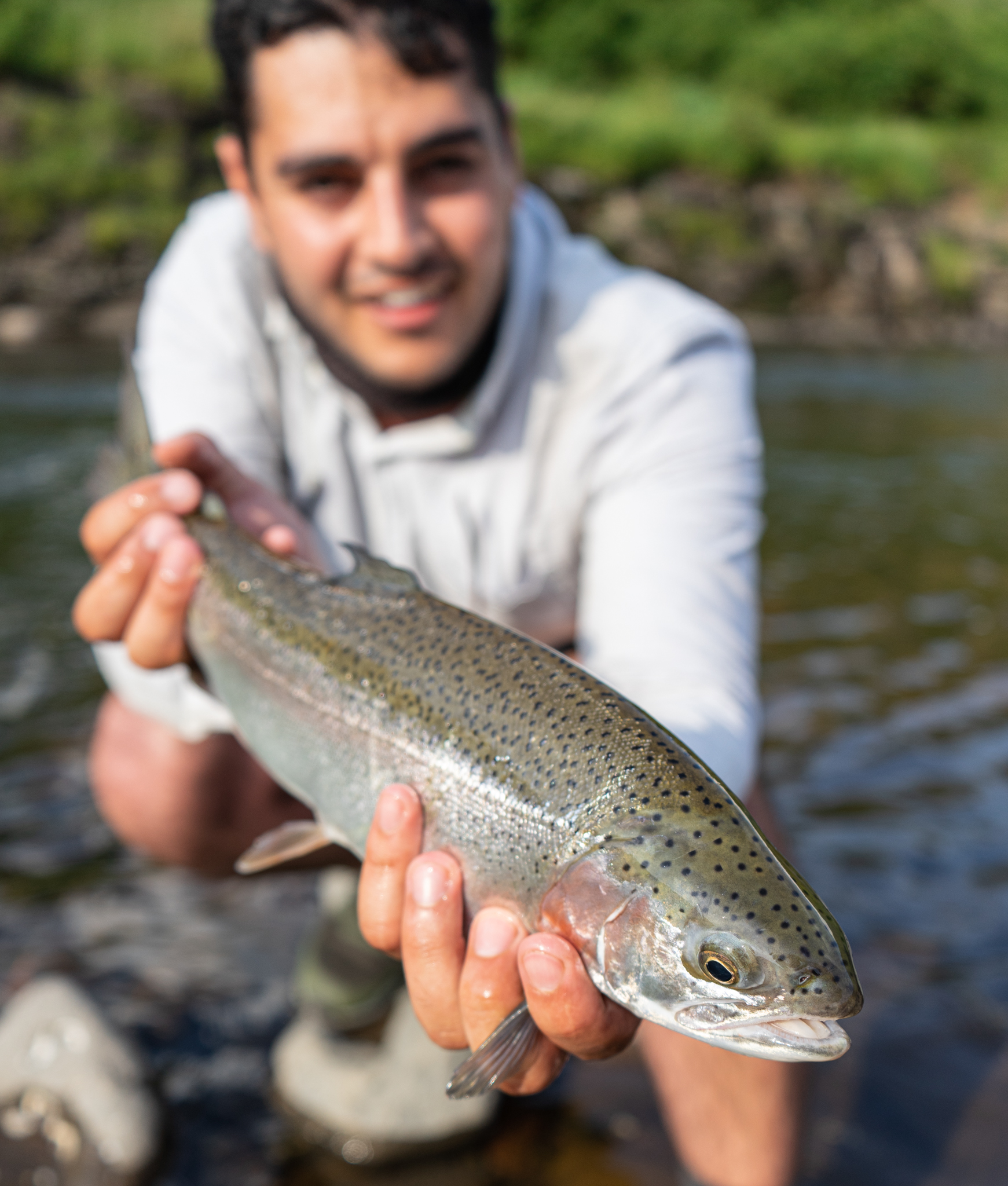 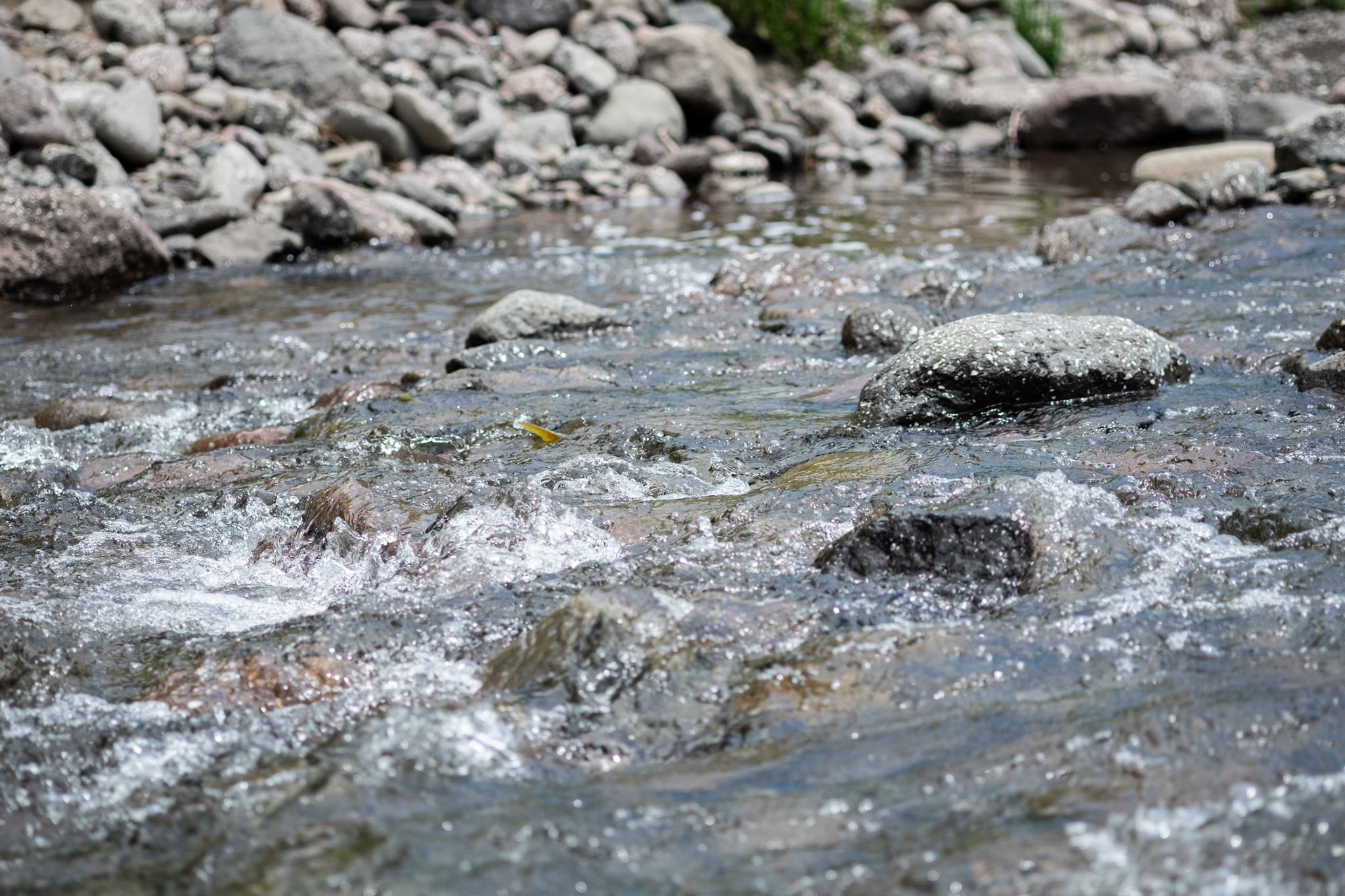 The next three days were a blur of fish caught, battles lost, wildlife seen and increasingly dramatic landscapes as we pushed further up river, leaving the village and rural farm land far behind, Every species of fish we have to offer was caught, with one guest even landing a double up of a yellow and a brown trout on the dry and dropper respectively. The water remained high, and it was often necessary to get creative with some tungsten. Many a fish was caught by anglers who were persuaded to defile themselves by picking up a euro nymphing setup.

The last supper was a visually spectacular affair with the now-famous Bokong Burger taking pride of place in the centre of the table. With bellies full, the evening progressed into side-splitting hilarity with stories of garfish and Swedish fermented fish, helped, of course, by the golden elixir of Lesotho, Maluti Lager. As I watched the bakkies slowly making their way along the track away from the lodge back toward Zambia and Zimbabwe, after leaving with promises of returning, I couldn’t help hoping that those promises would be kept, because damn, this group was mushe. 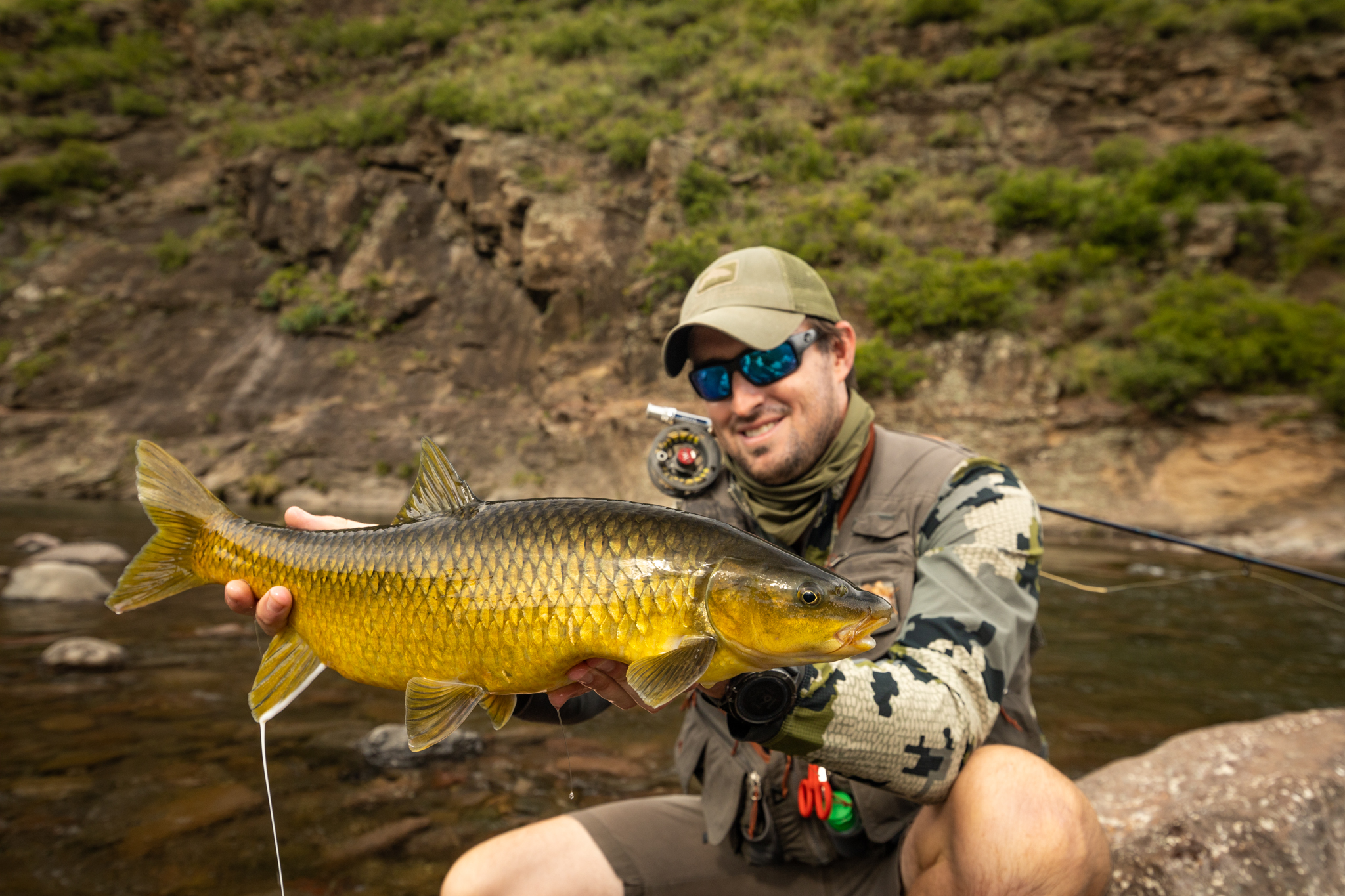 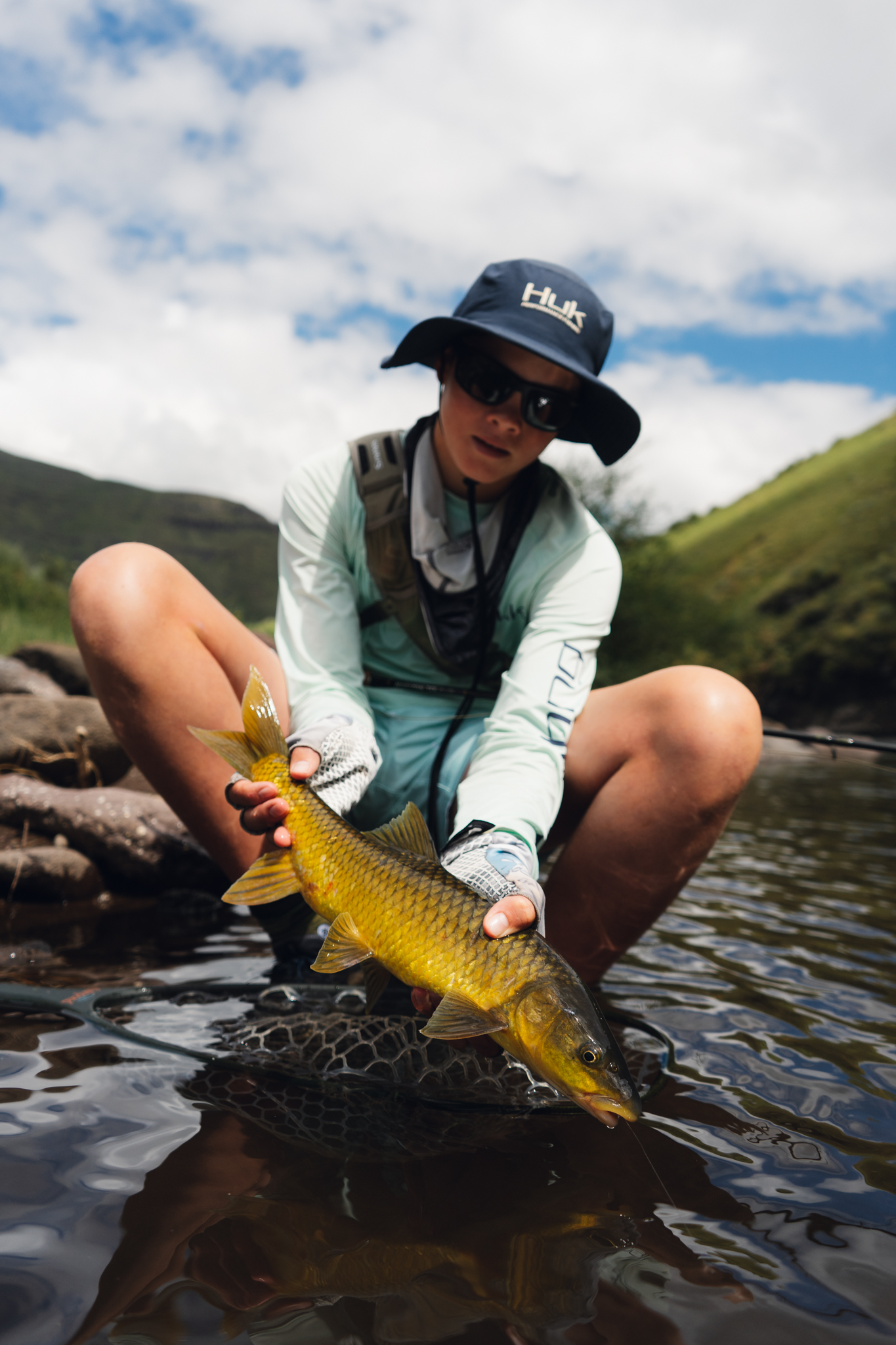 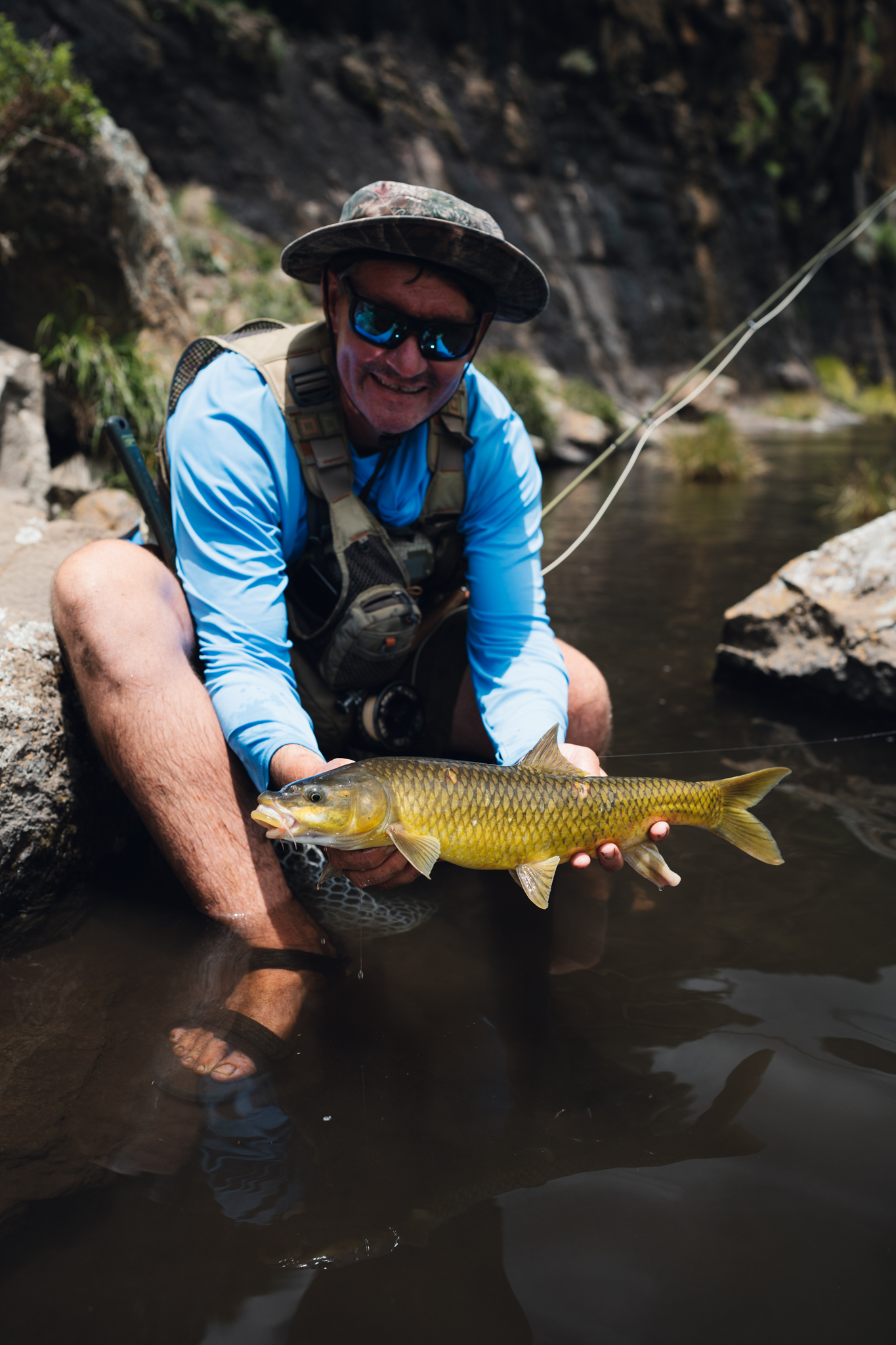 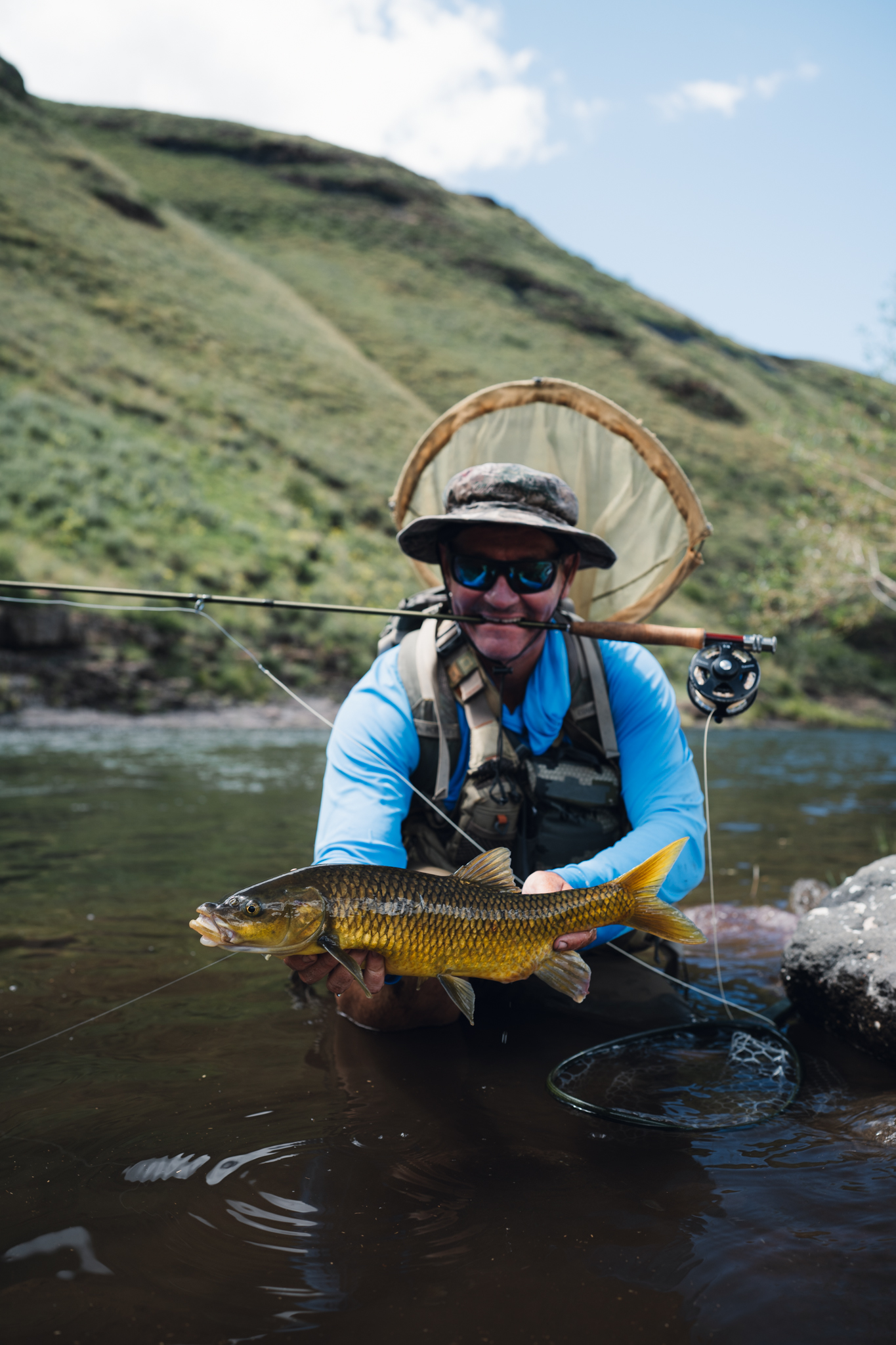 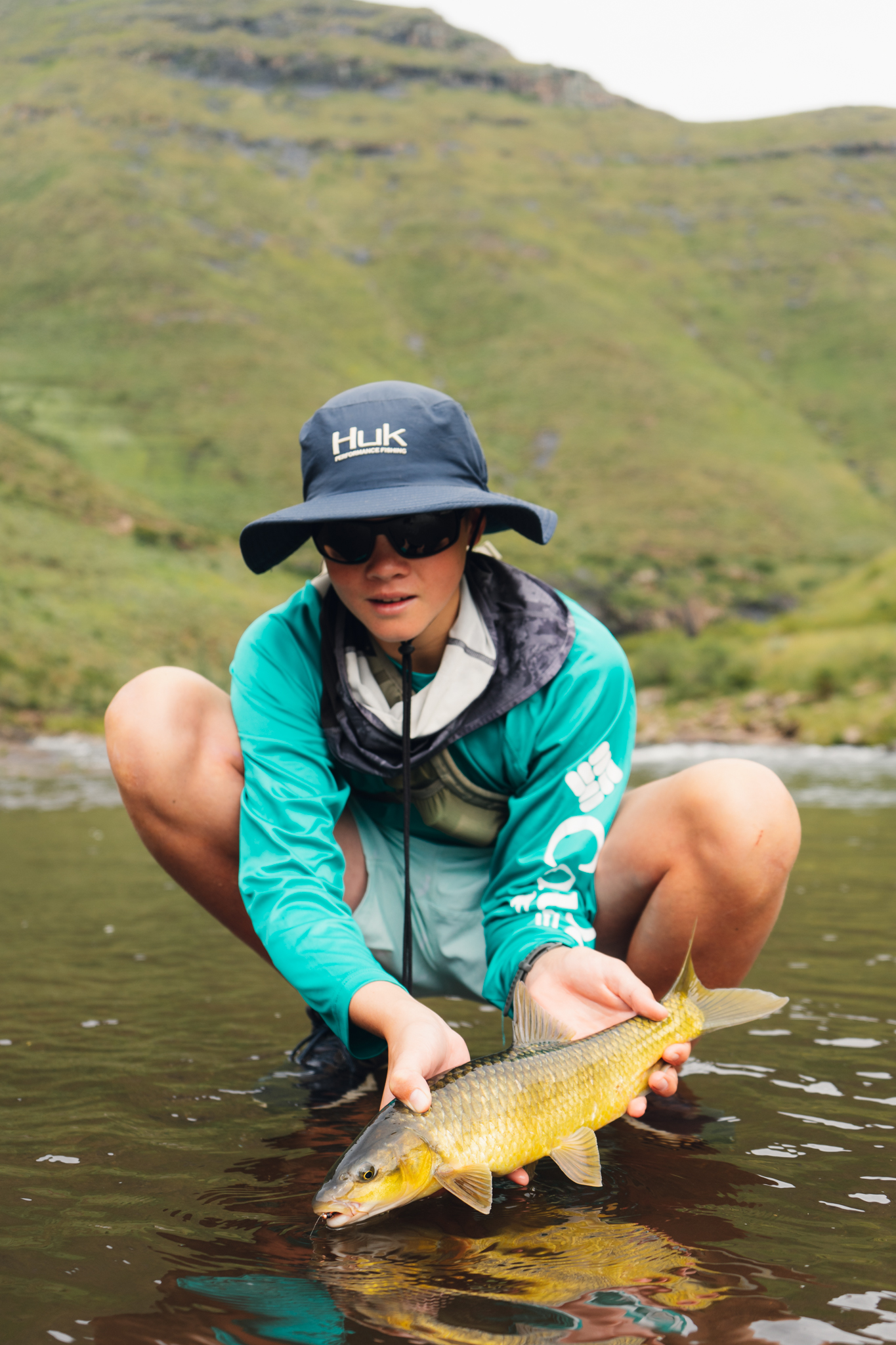 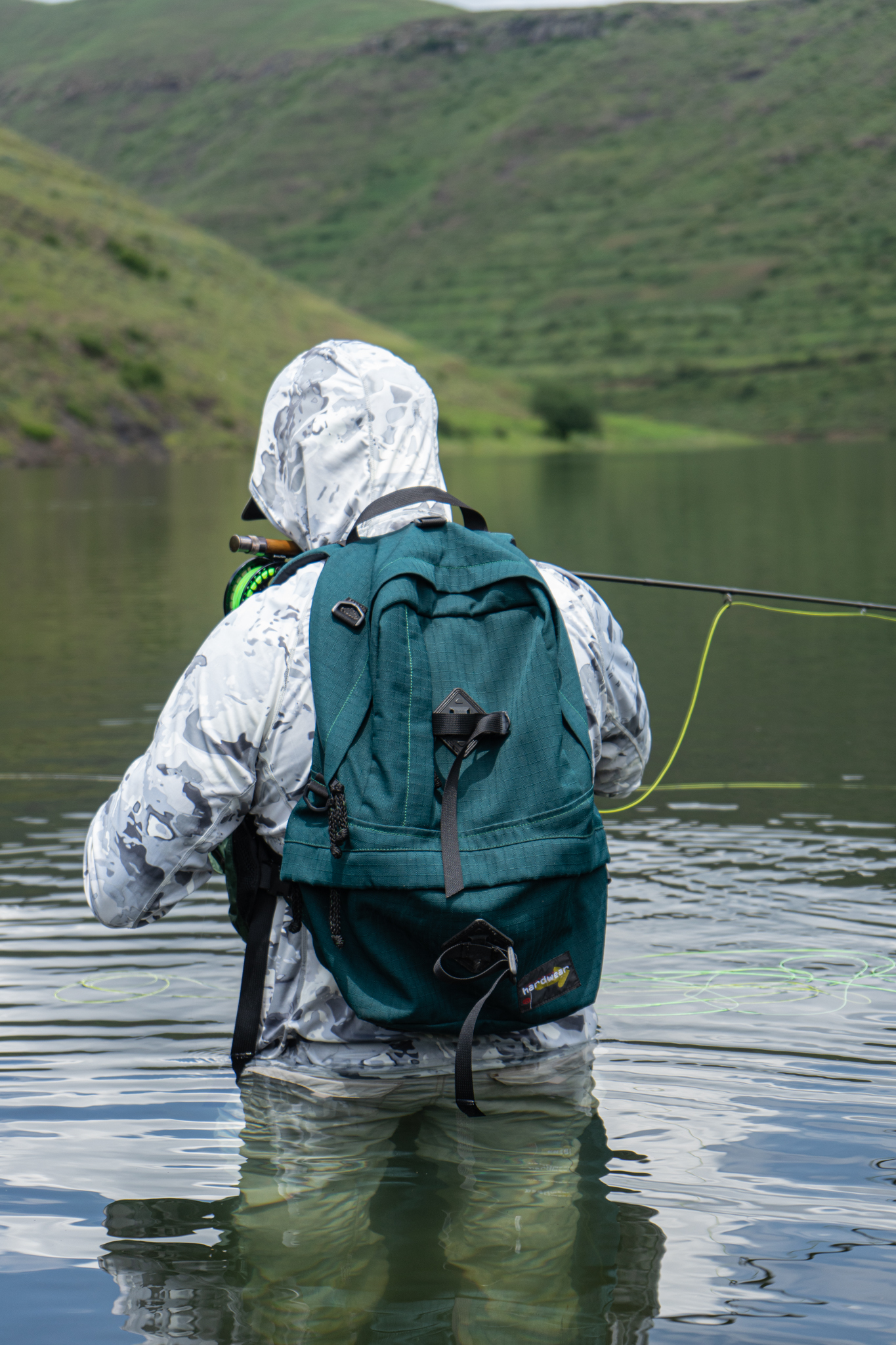 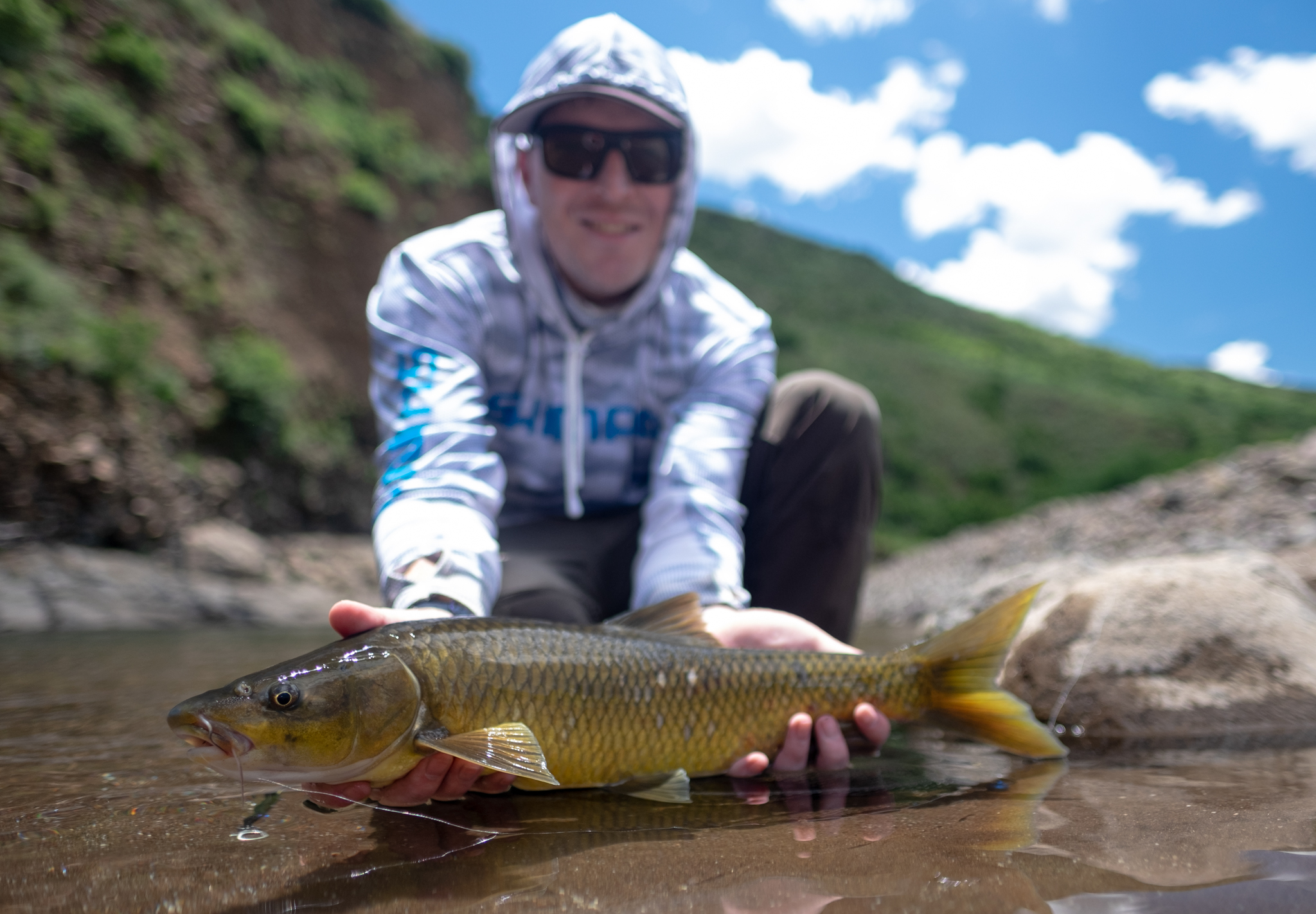 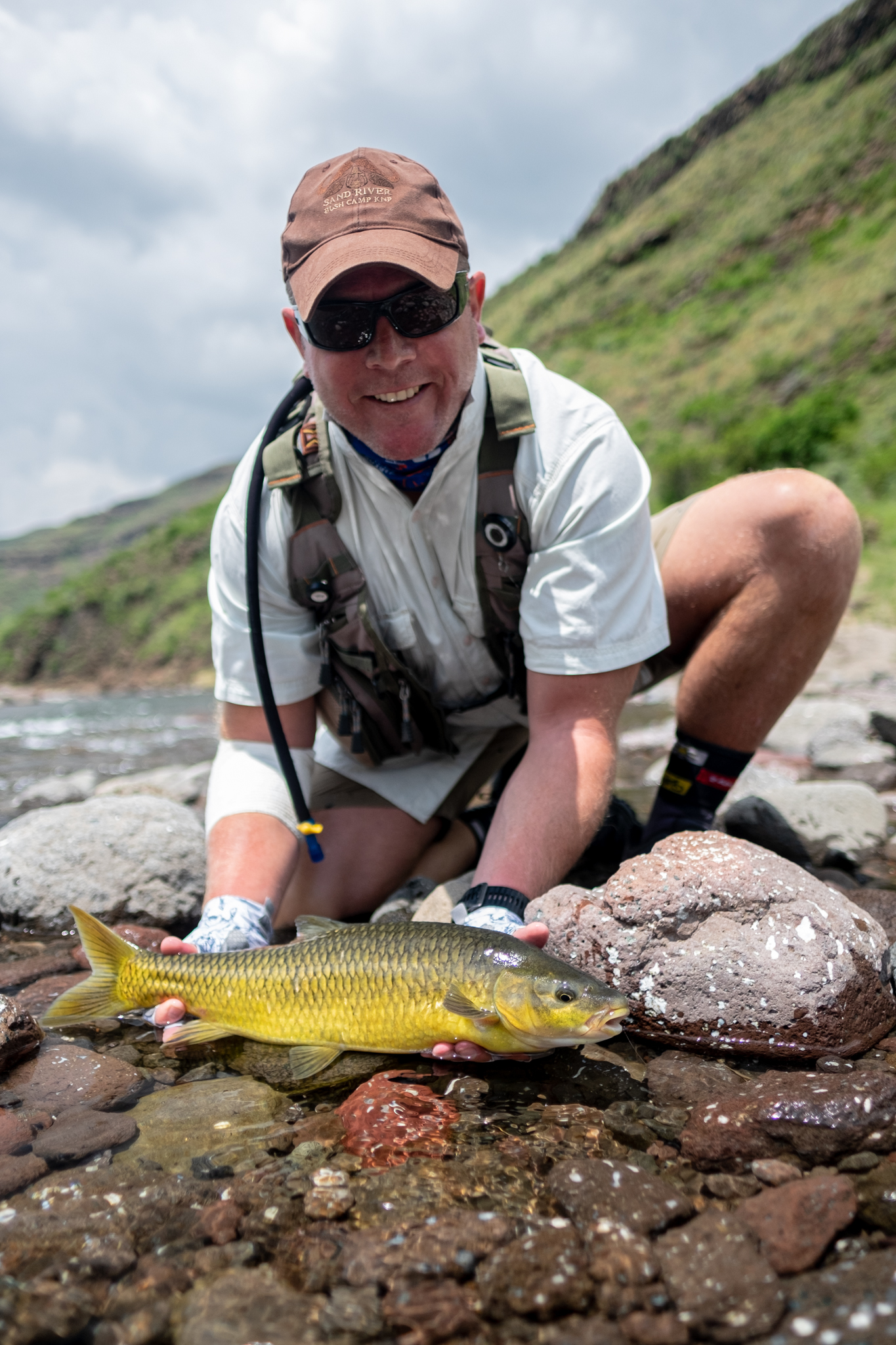 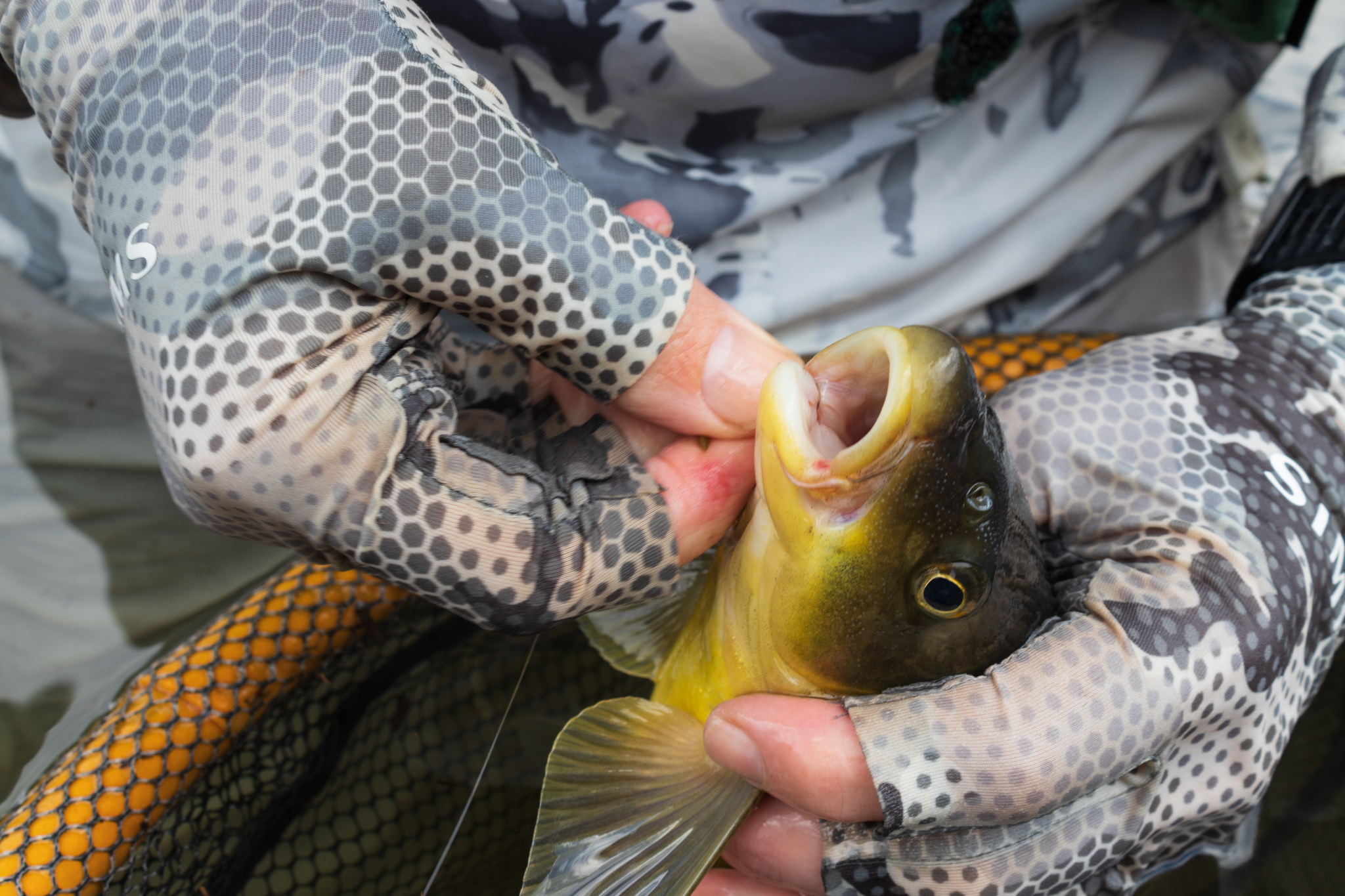 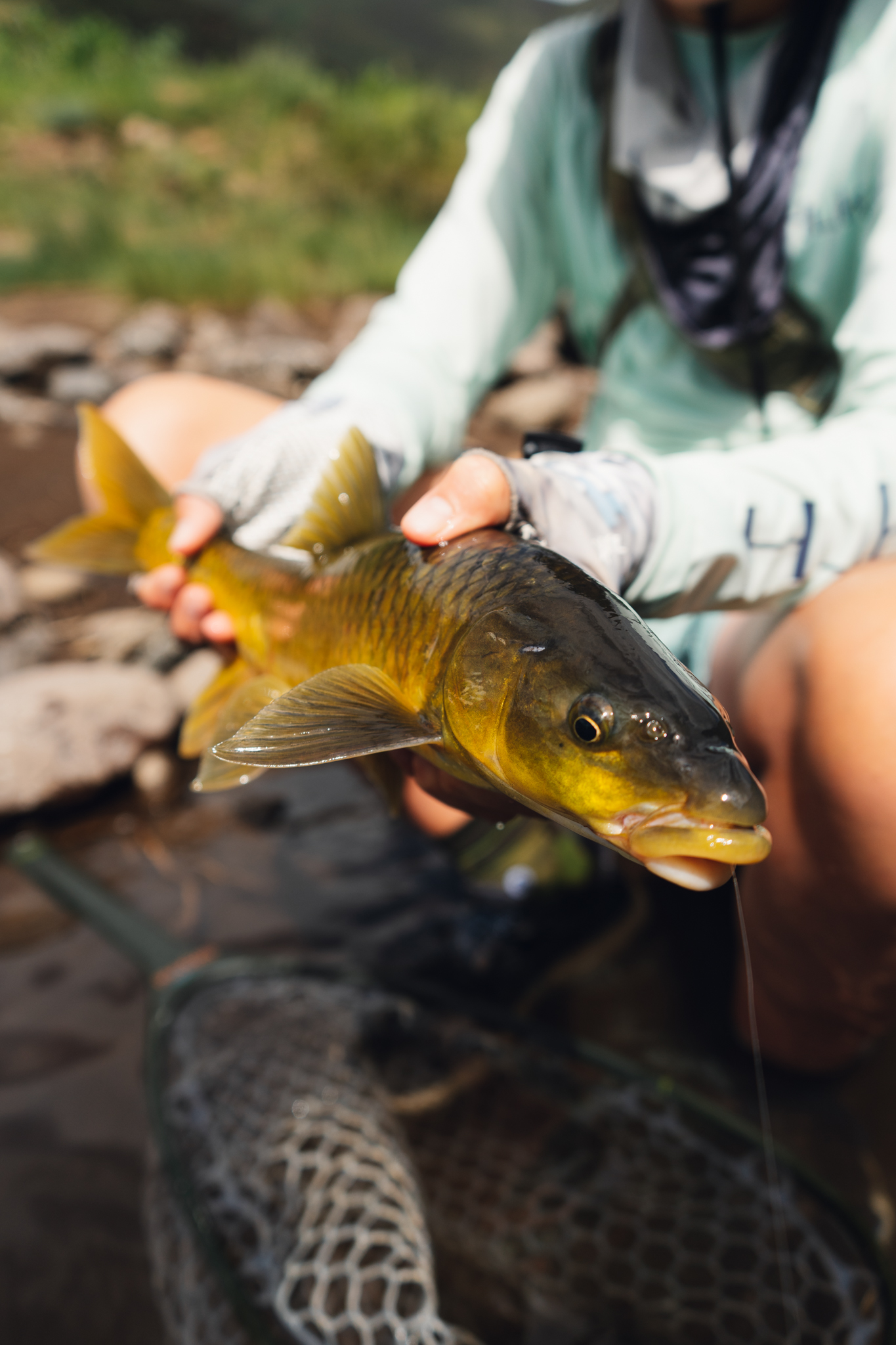 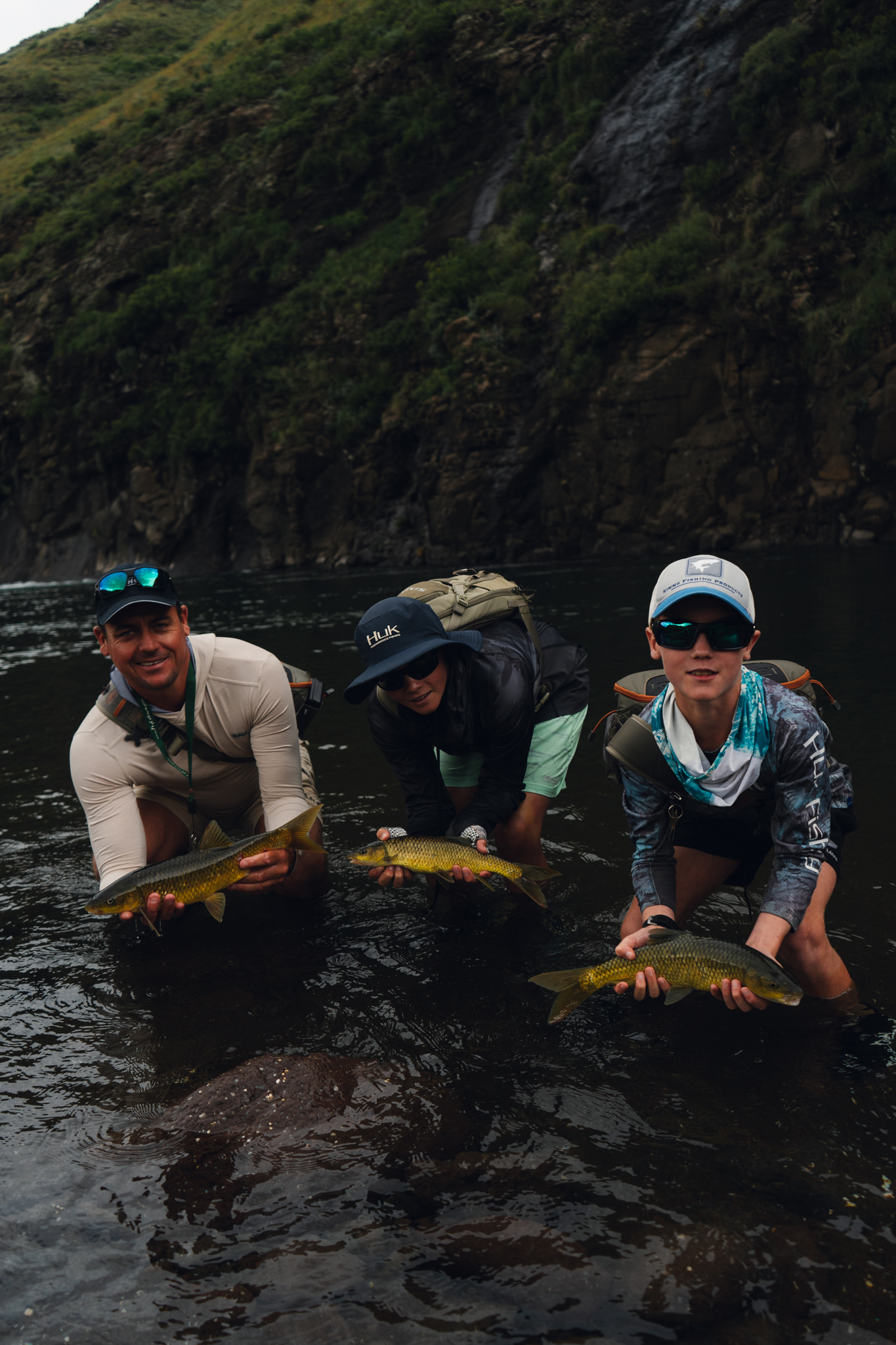 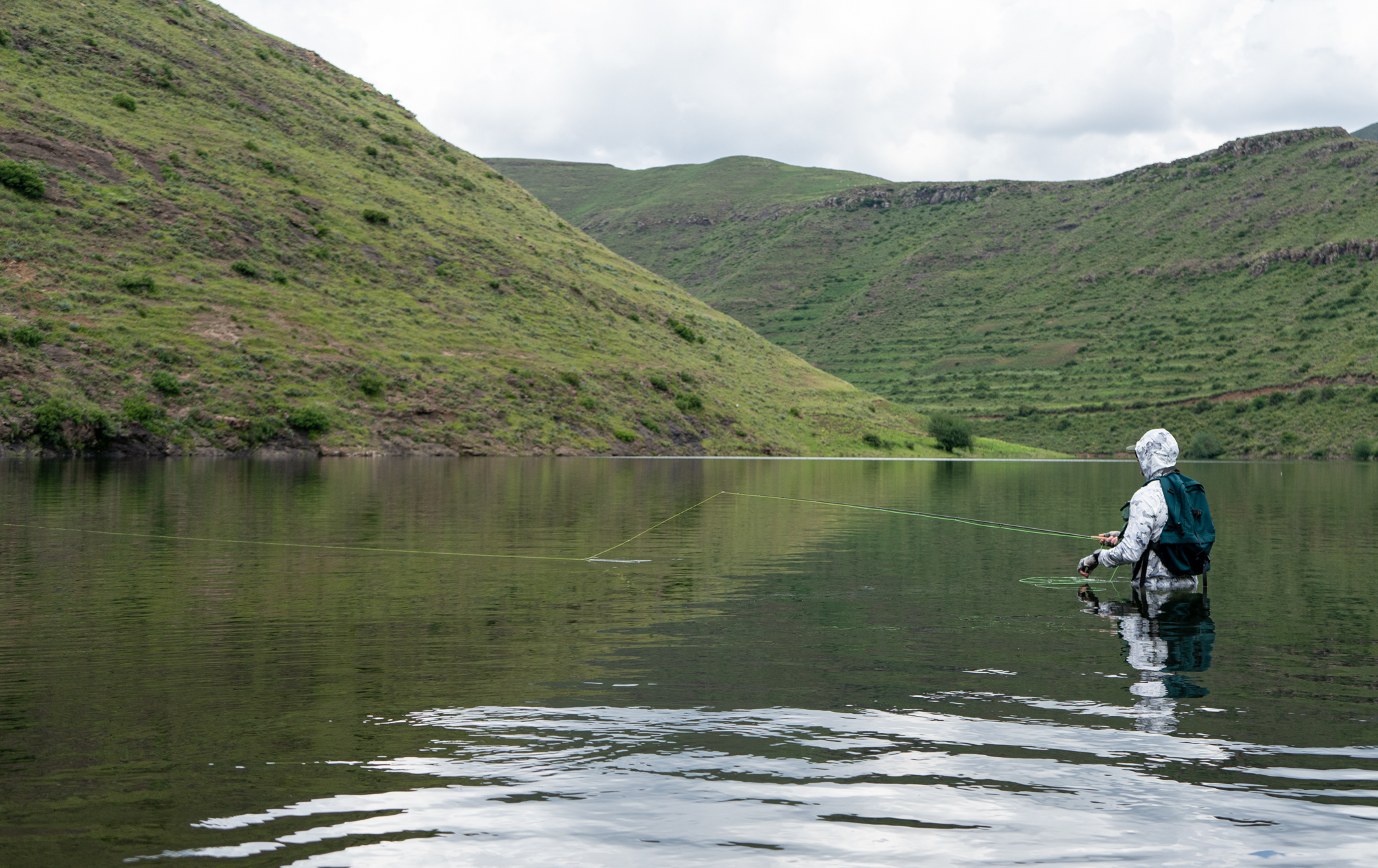 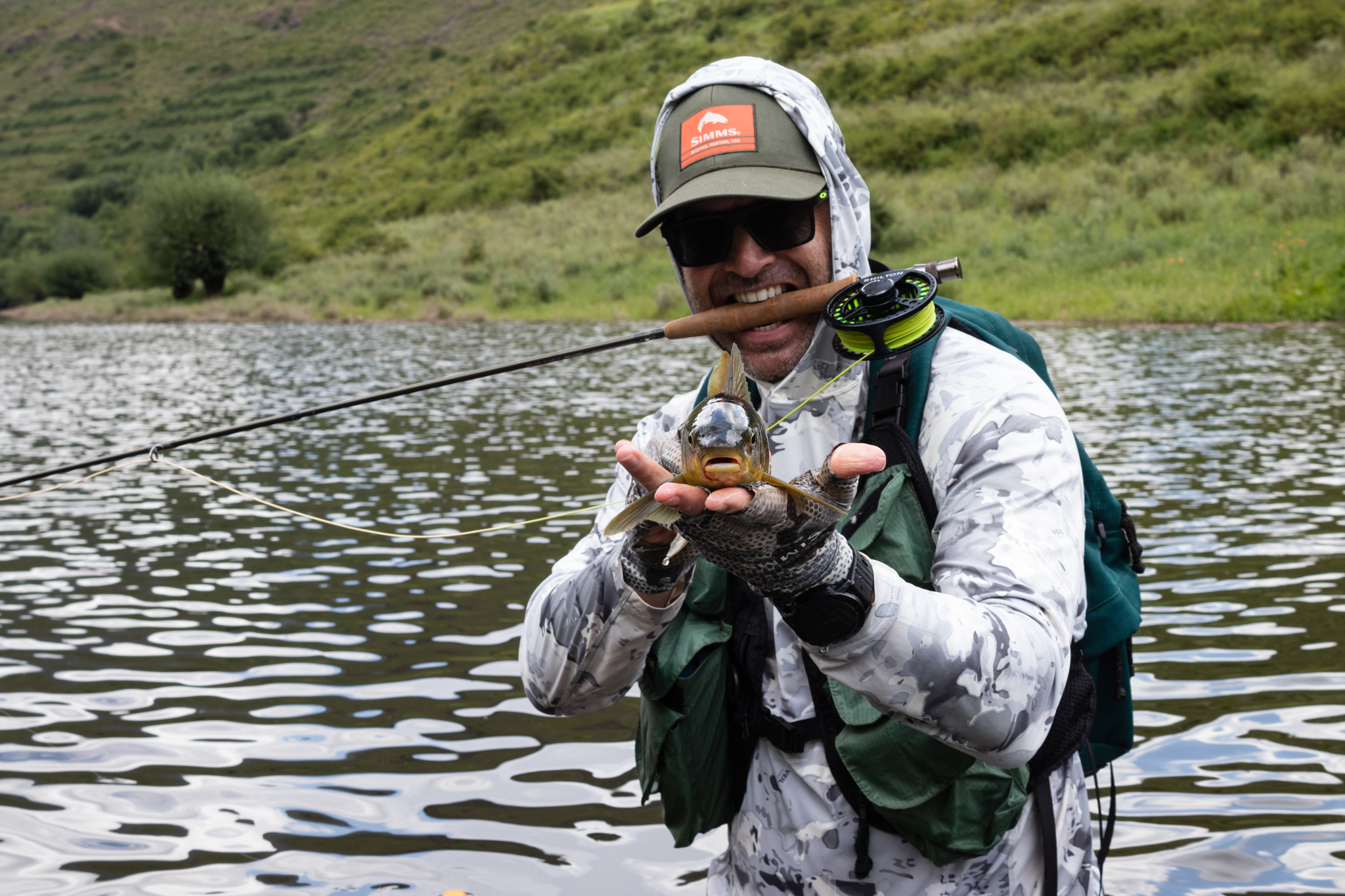