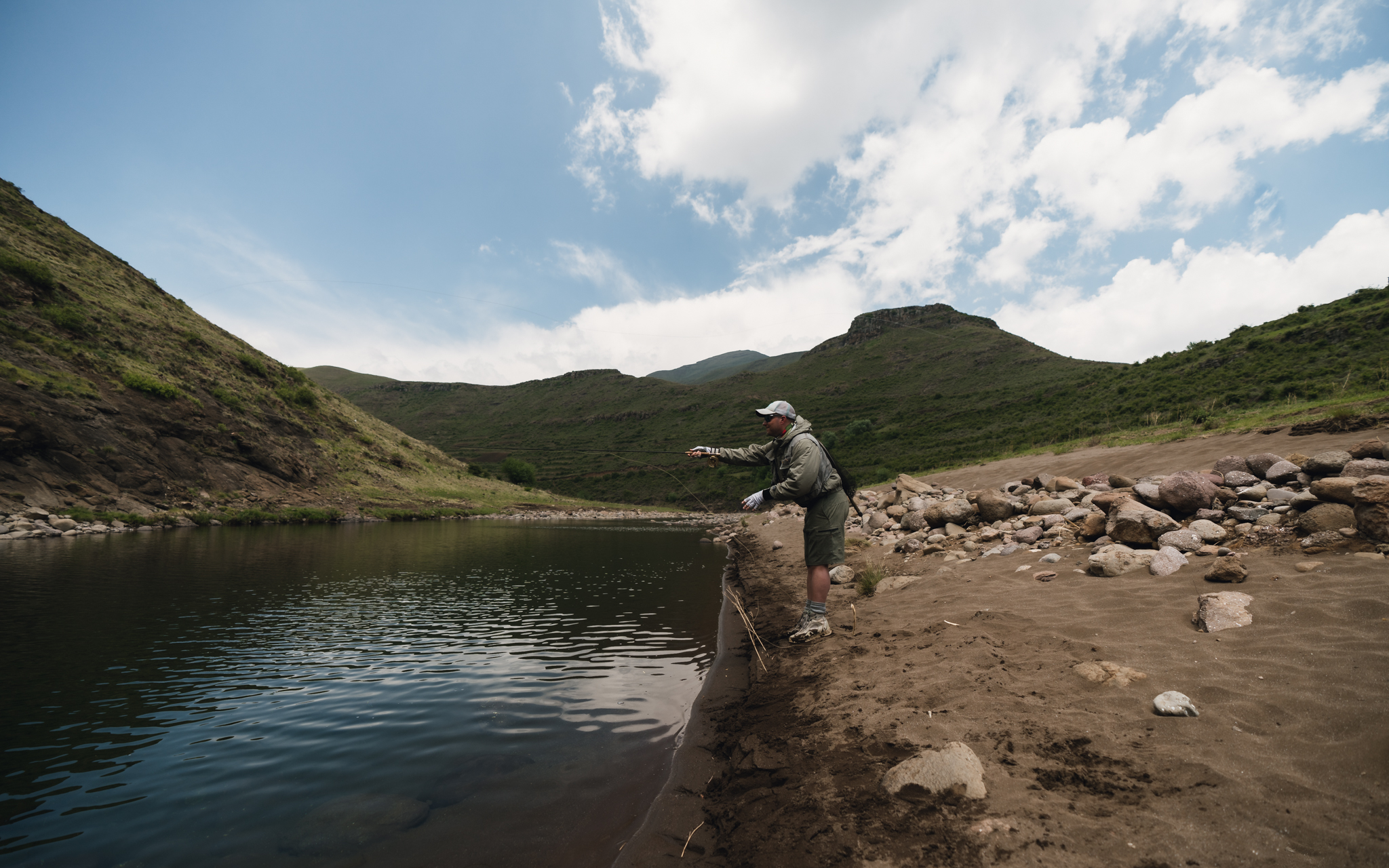 After a long day of tackling Lesotho’s excruciating slopes and windy roads dotted with livestock, the guests finally made it into camp with enough time to fish an afternoon session.

Between unpacking, setting up rods, and sorting out last minute tackle, one could sense the anticipation to get out onto the water and finally see what Lesotho is all about!

There were plenty fish around in the gin clear waters of the Bokong and the excitement among the guests and guides were electric. It was quite windy making sighting and casting to fish tricky, but the  anglers put in the work and results came quickly. There were also many shouts of despair as hooks pulled and tippets snapped, but despite these setbacks, the anglers persisted and were able to land good numbers of fish both on dry flies and some nymphs. 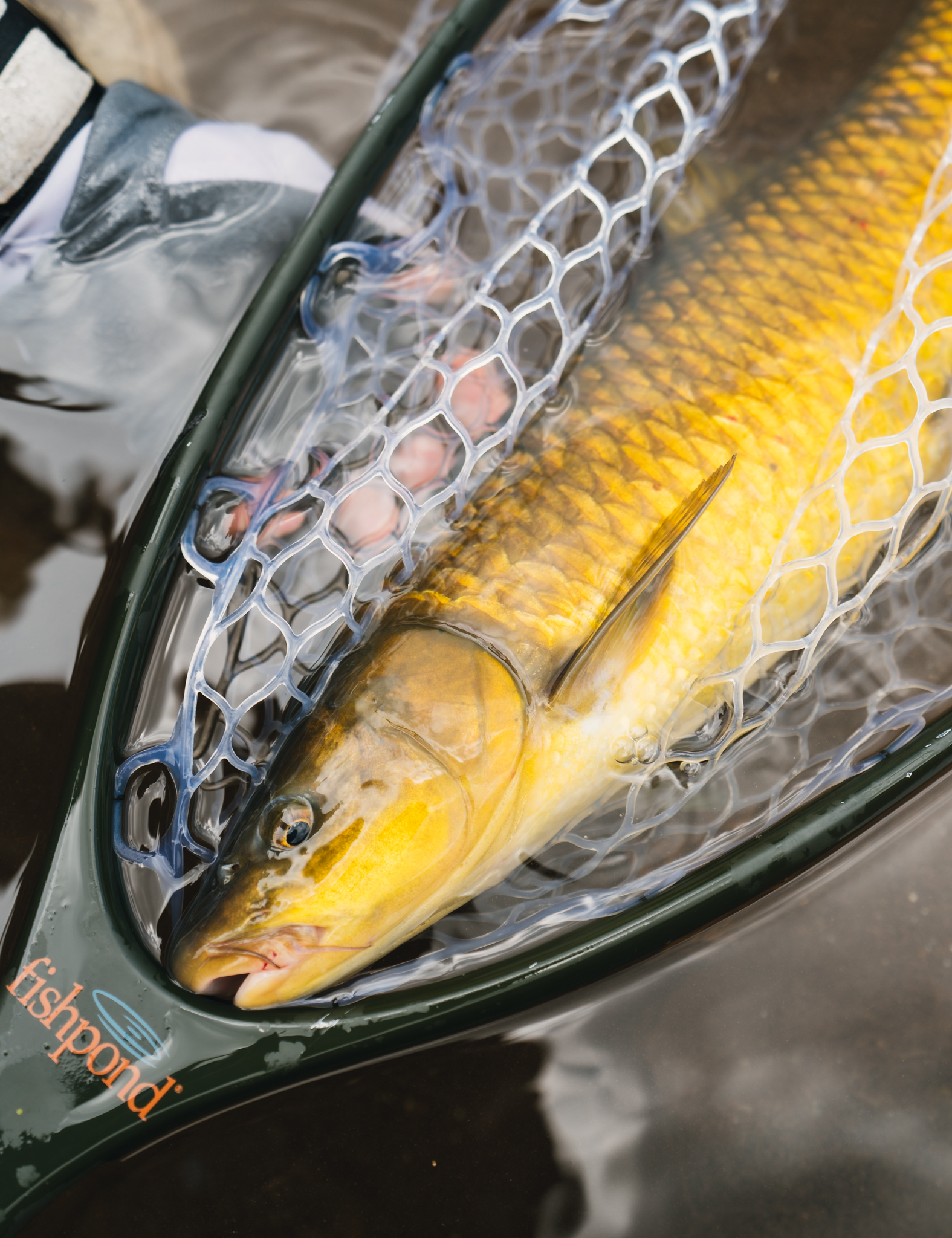 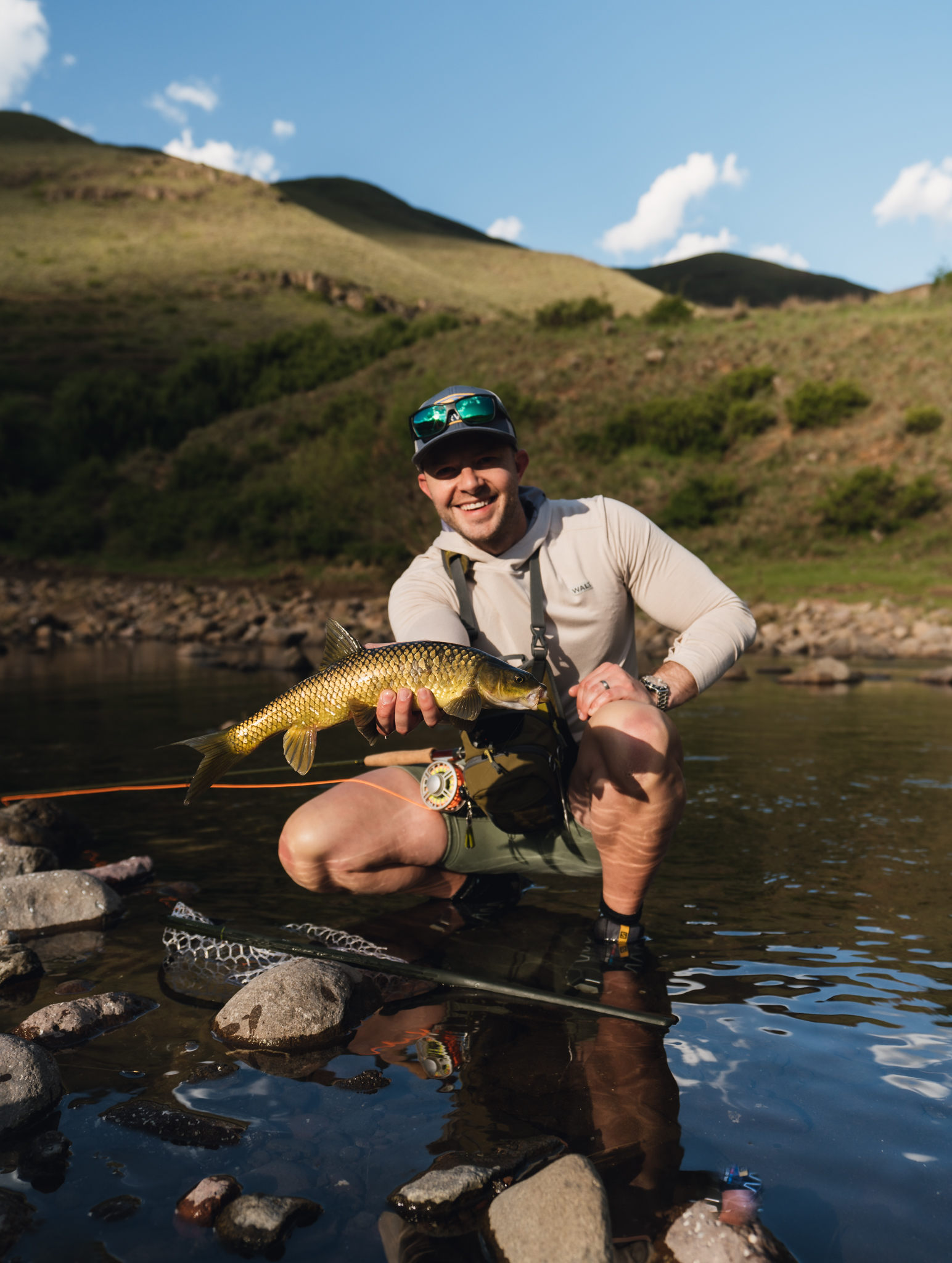 Day two/first full day had the anglers up and rearing to go. We decided to head upstream for the day. Upon arriving we noticed that the water temperature had plummeted quite a bit overnight, sending most fish to the deeper pools. The yellows weren’t overly eager to feed, and what felt like casting every possible fly we had, only a couple of fish were brought to the net, including a couple rainbow trout! Our session got cut short by a big thunder storm and we headed back for an early lunch. Once the storm moved off, we decided to fish the sections around camp. The water was turning murky while we were still standing there – pretty normal after a heavy downpour. Despite this however, a few more yellows were brought to the net.

The rain came back during the night and we woke to the bokong river in full flood. The only option we had was to dust off the oar rigs, and float the estuary section in the dam. Often overshadowed by the spectacular dryfly fishing in the river, the estuary can produce some monster sized yellowfish and often fishes really well when the river is in flood. Unfortunately the flood cooled down the estuary just too much and made the yellowfishing really hard, but the rainbow trout still came out to play. No big trout were caught, but just enough to keep everyone invested and end the trip with a smile 🙂 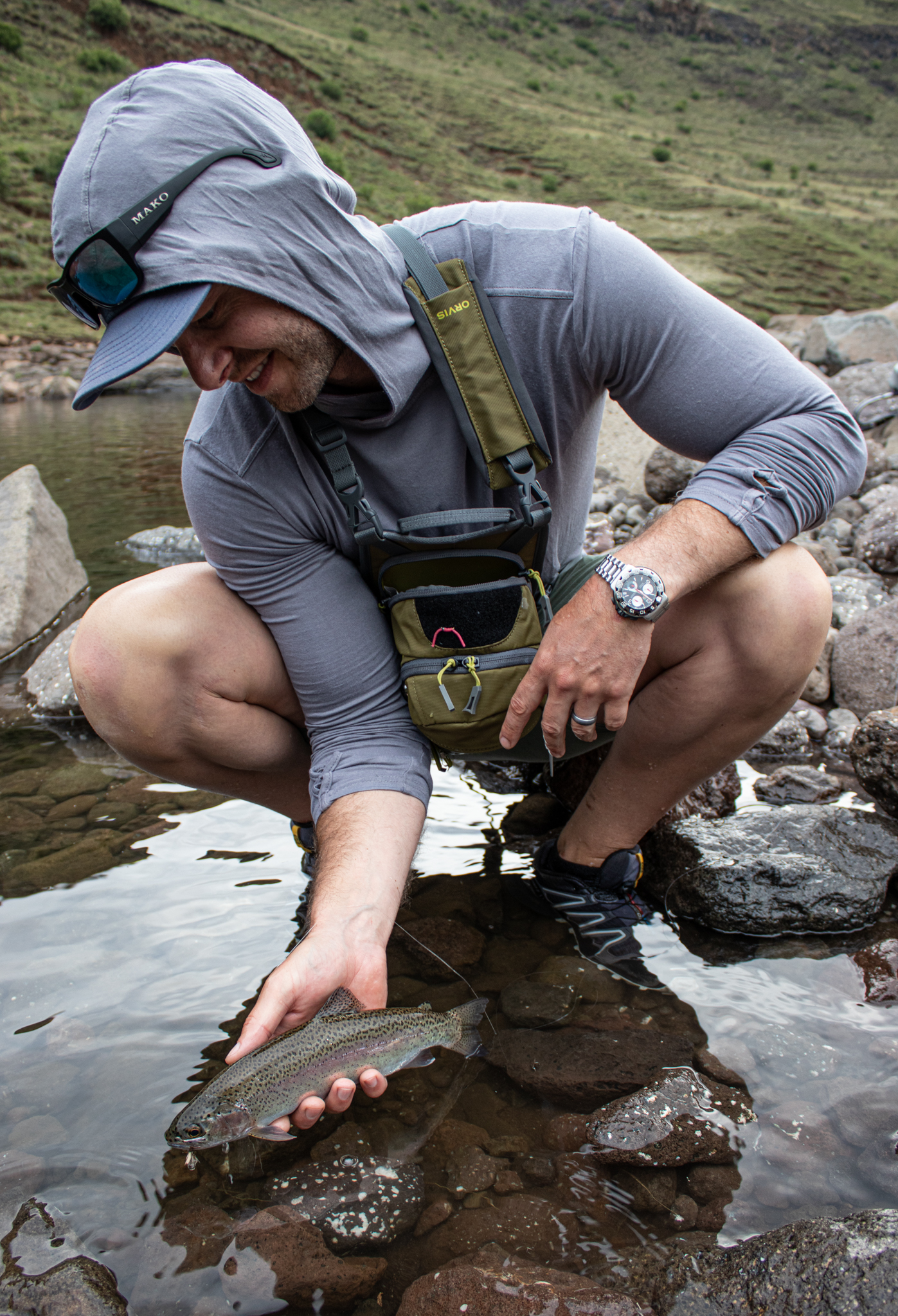 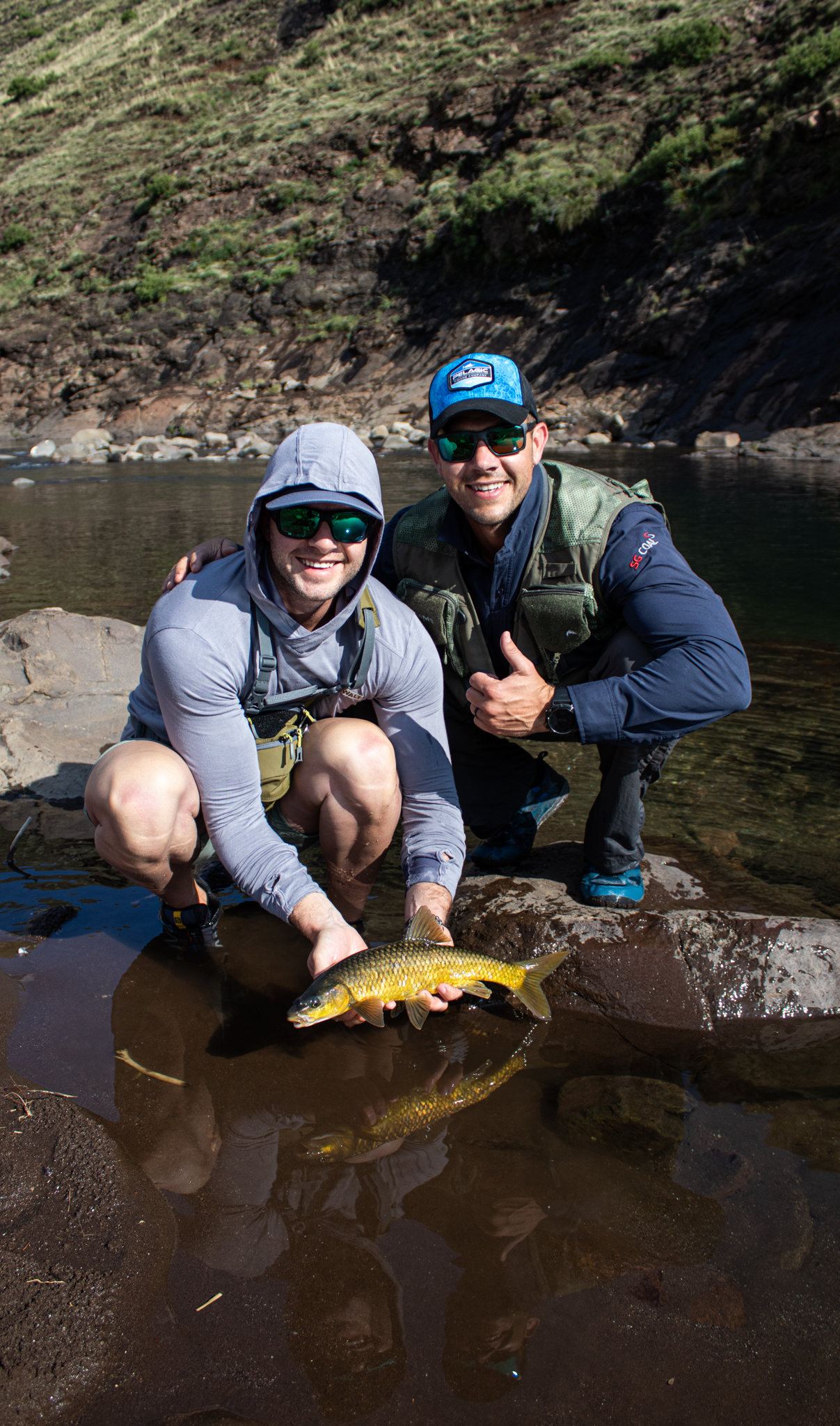 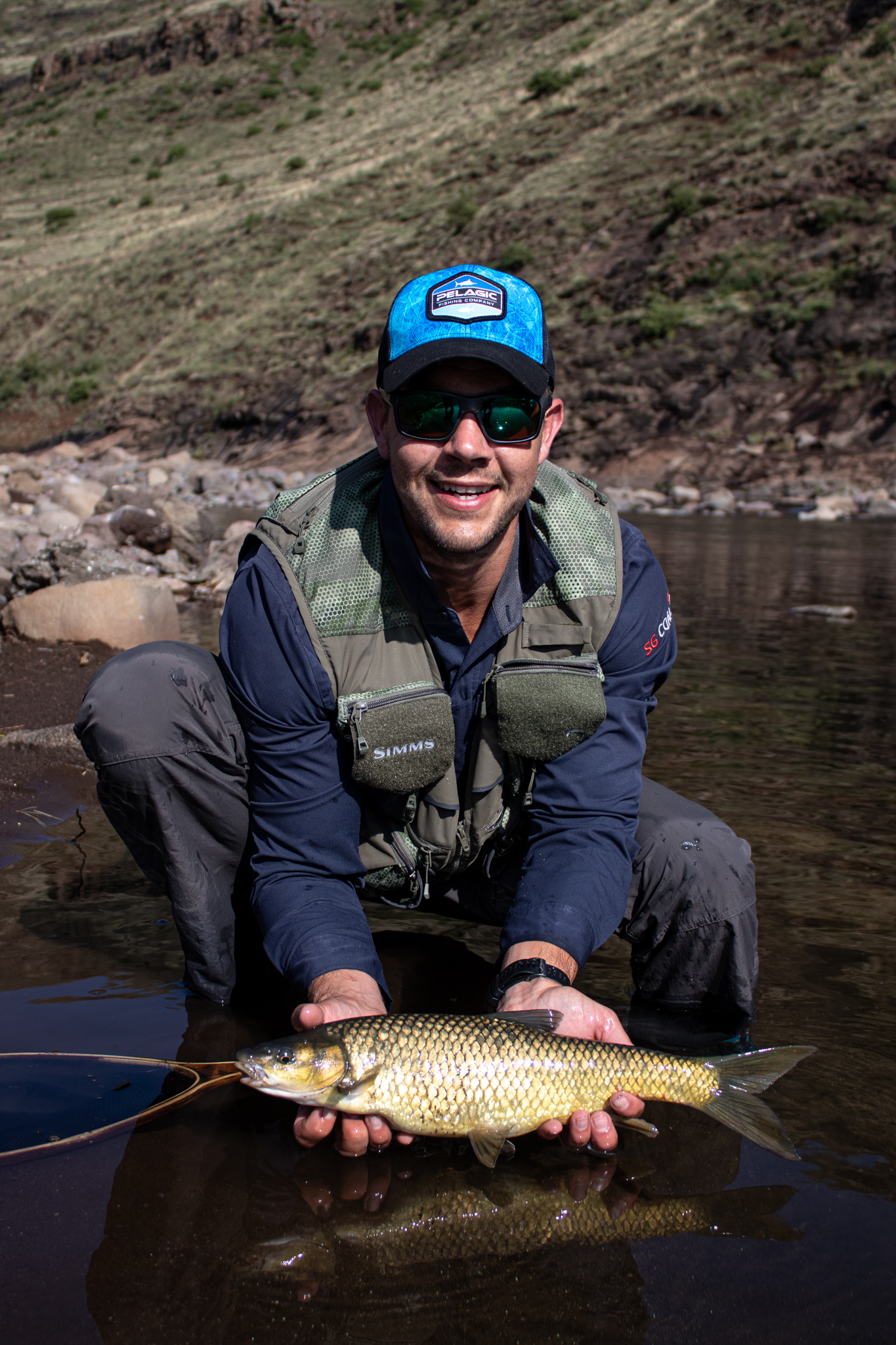 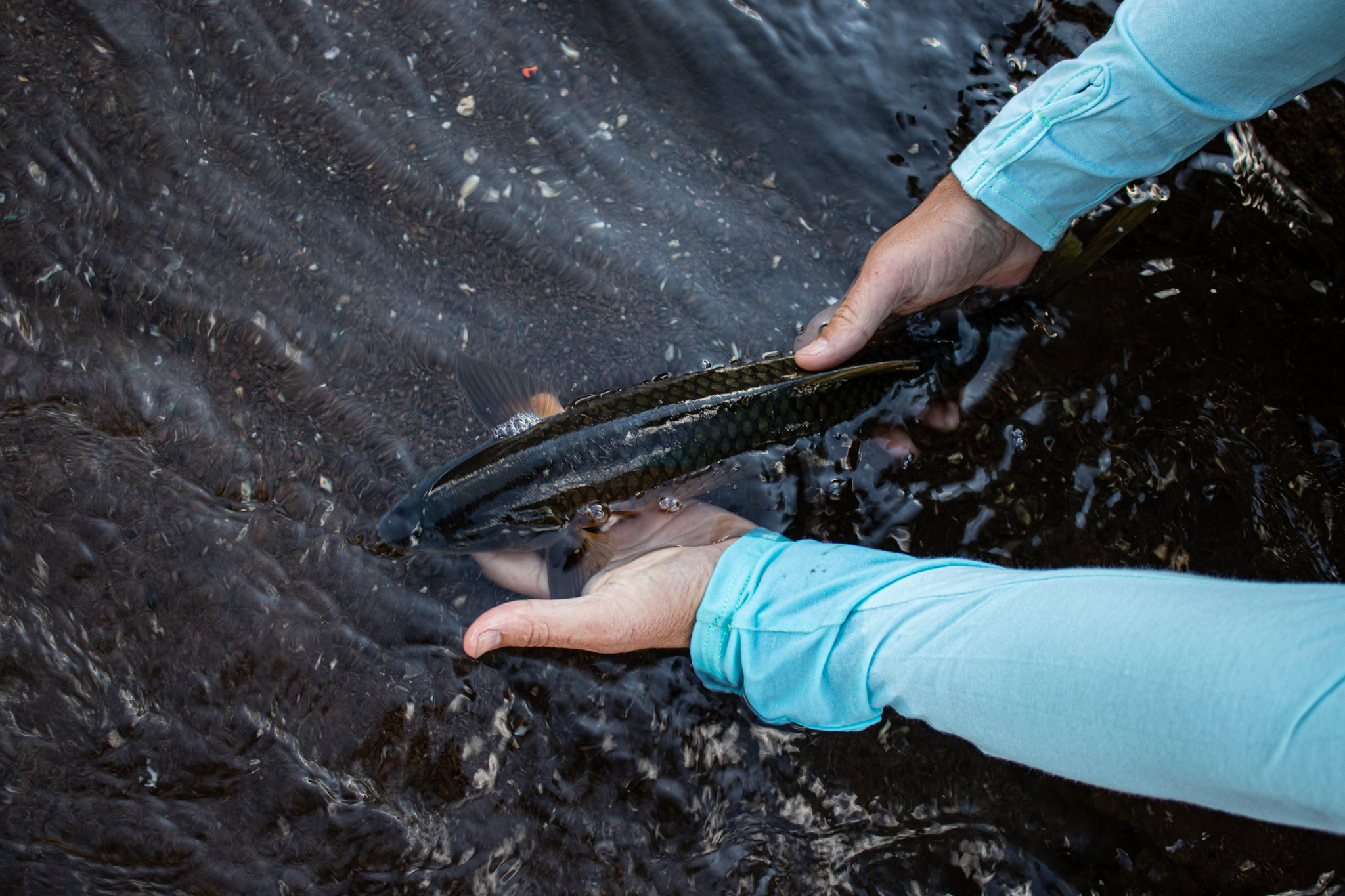 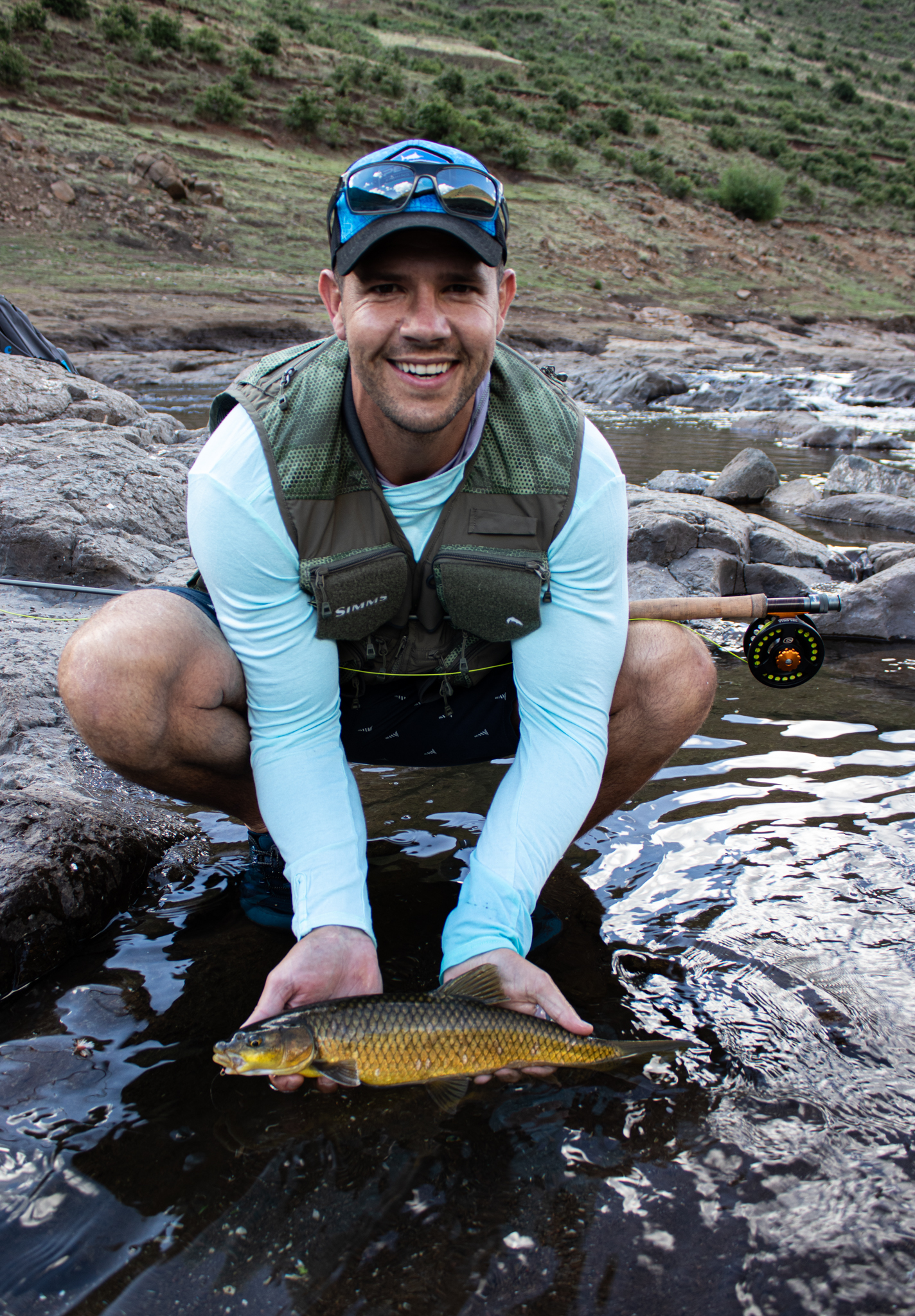 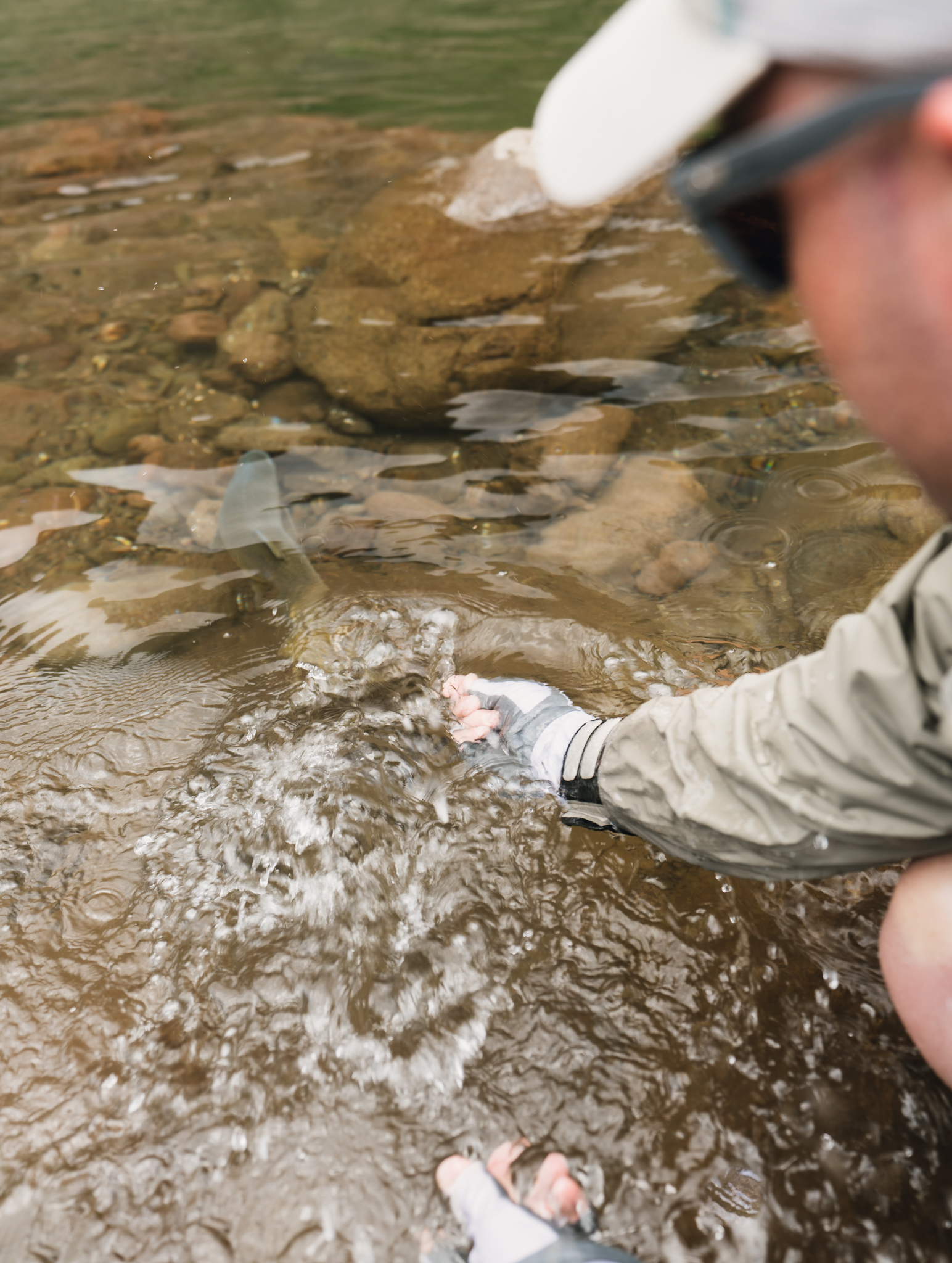 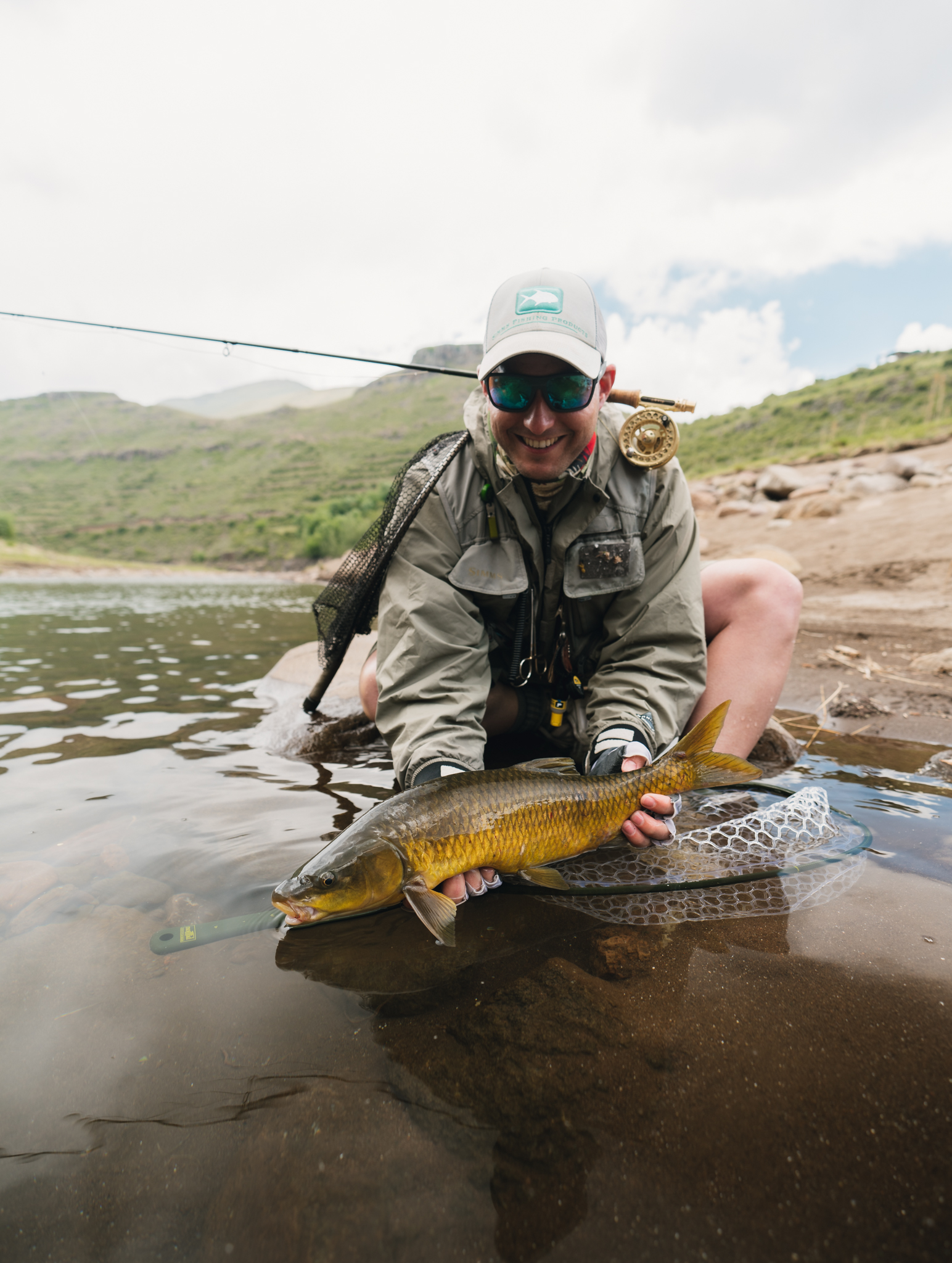 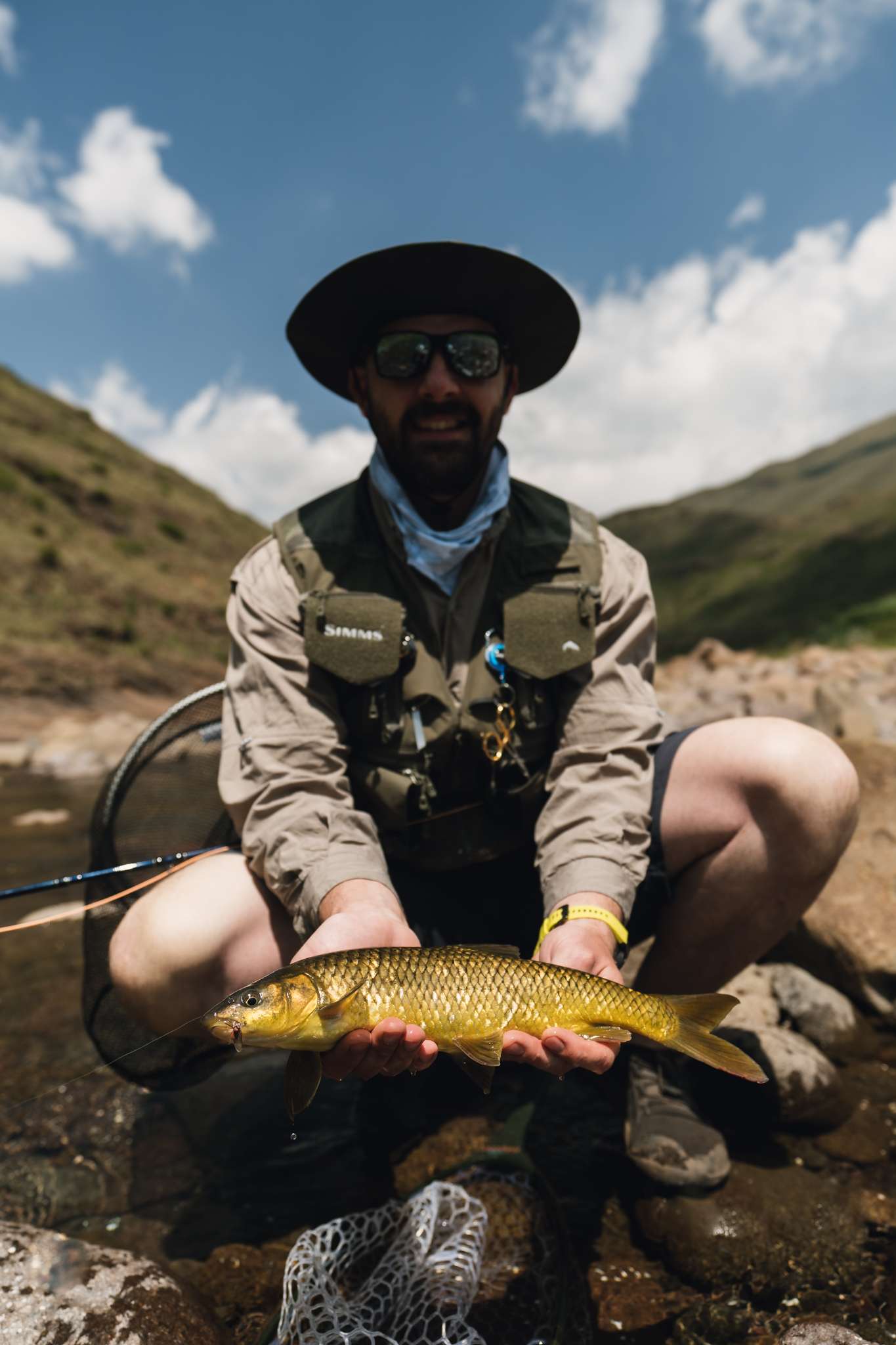 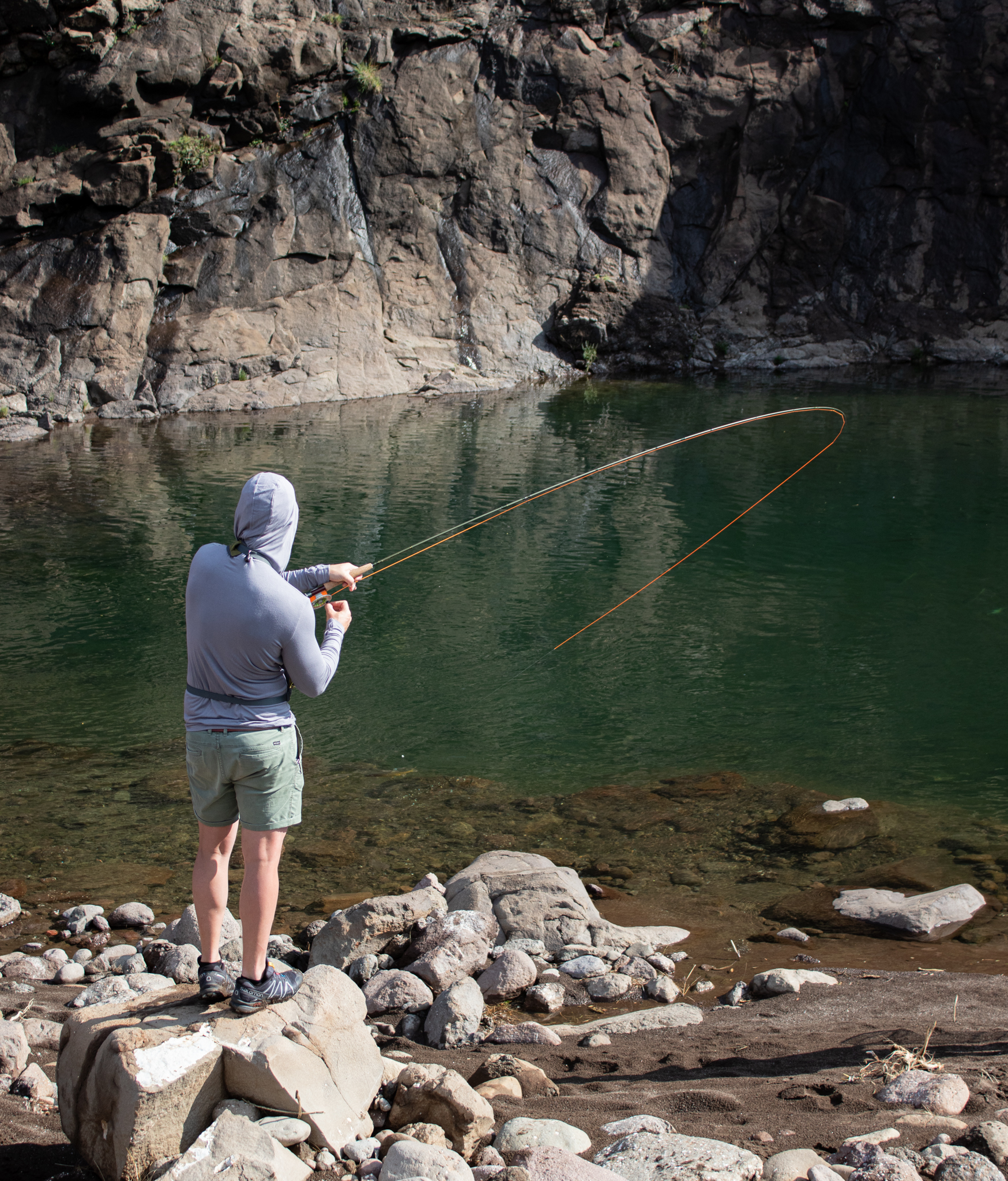 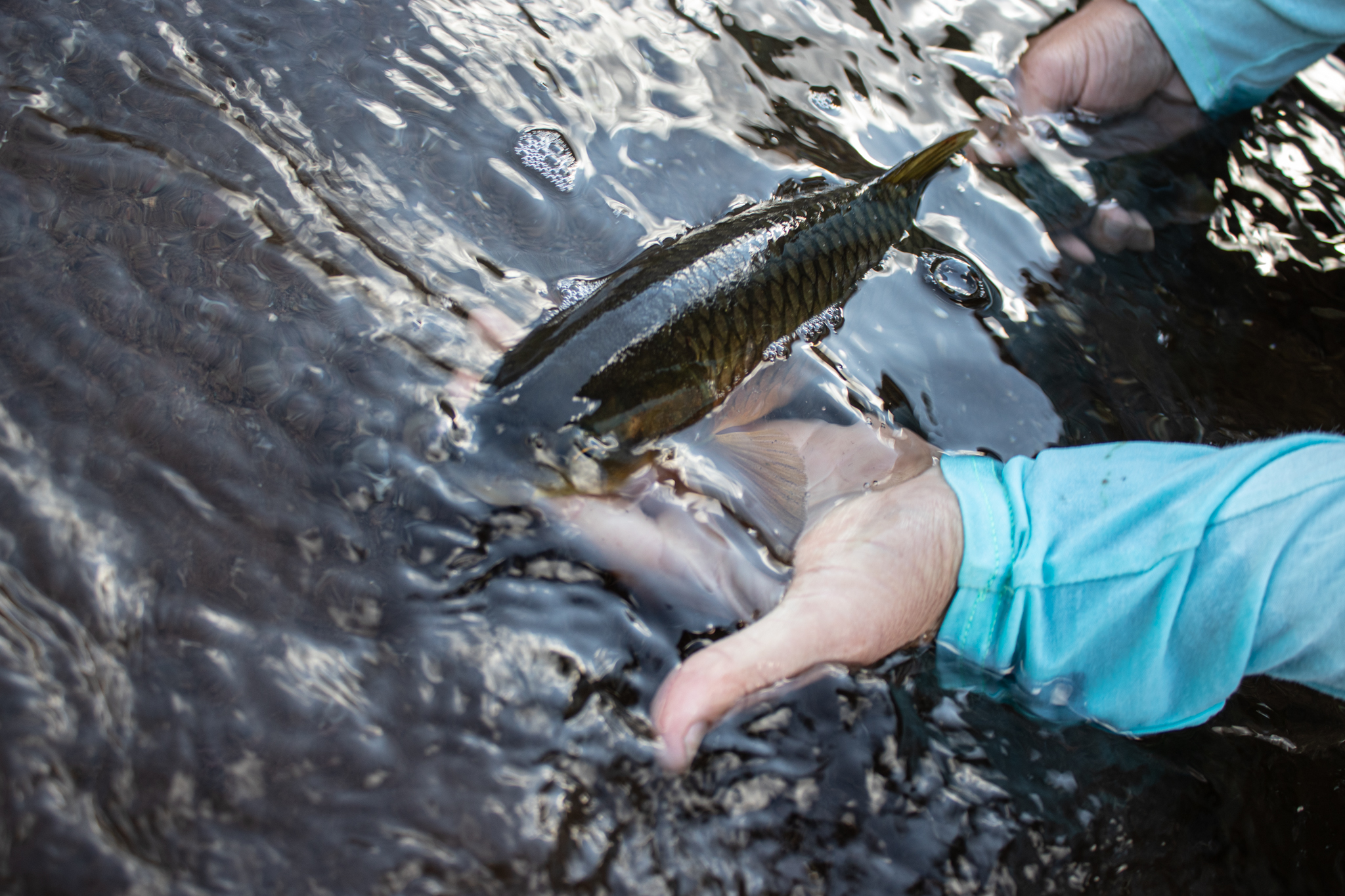 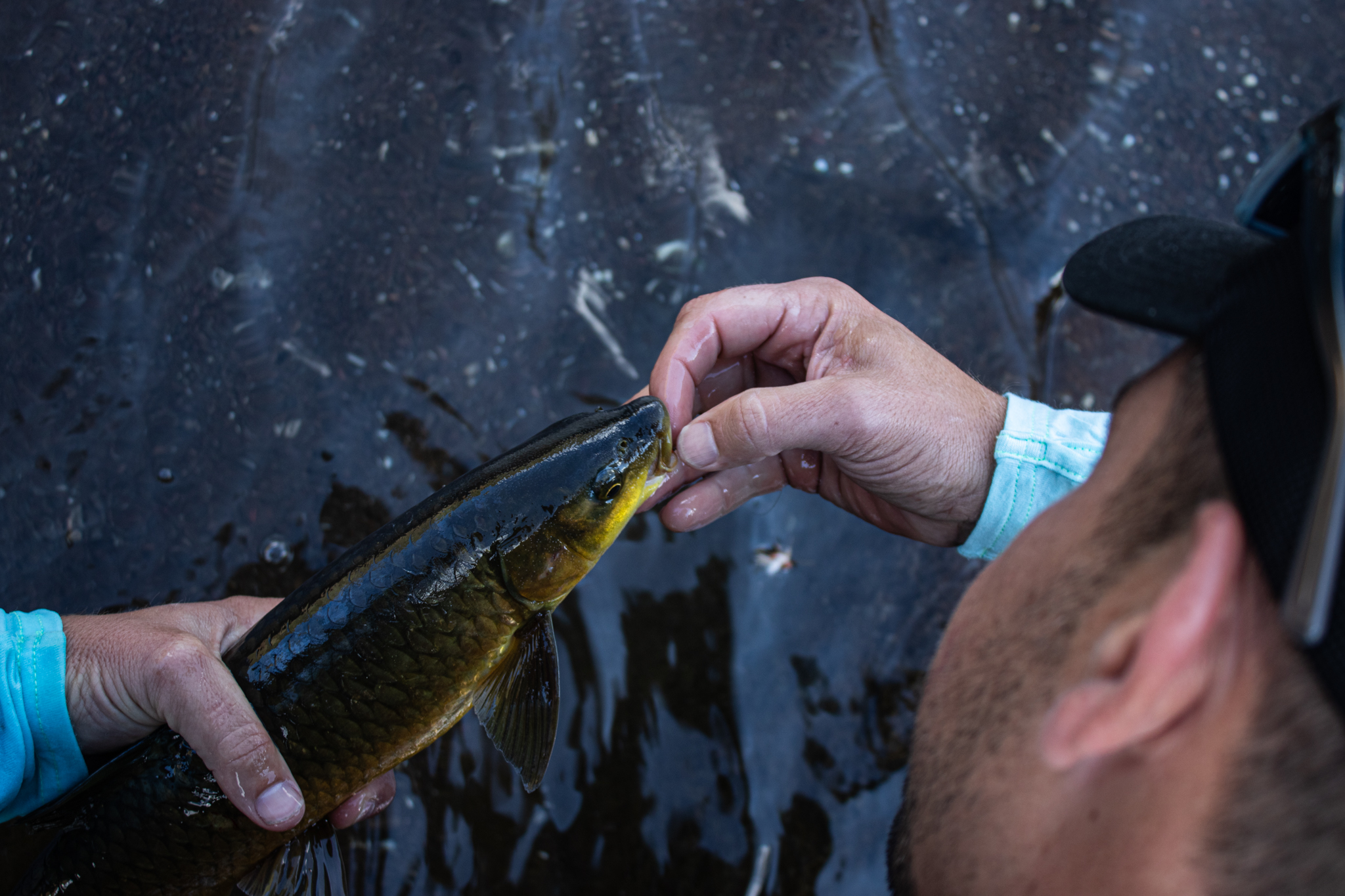 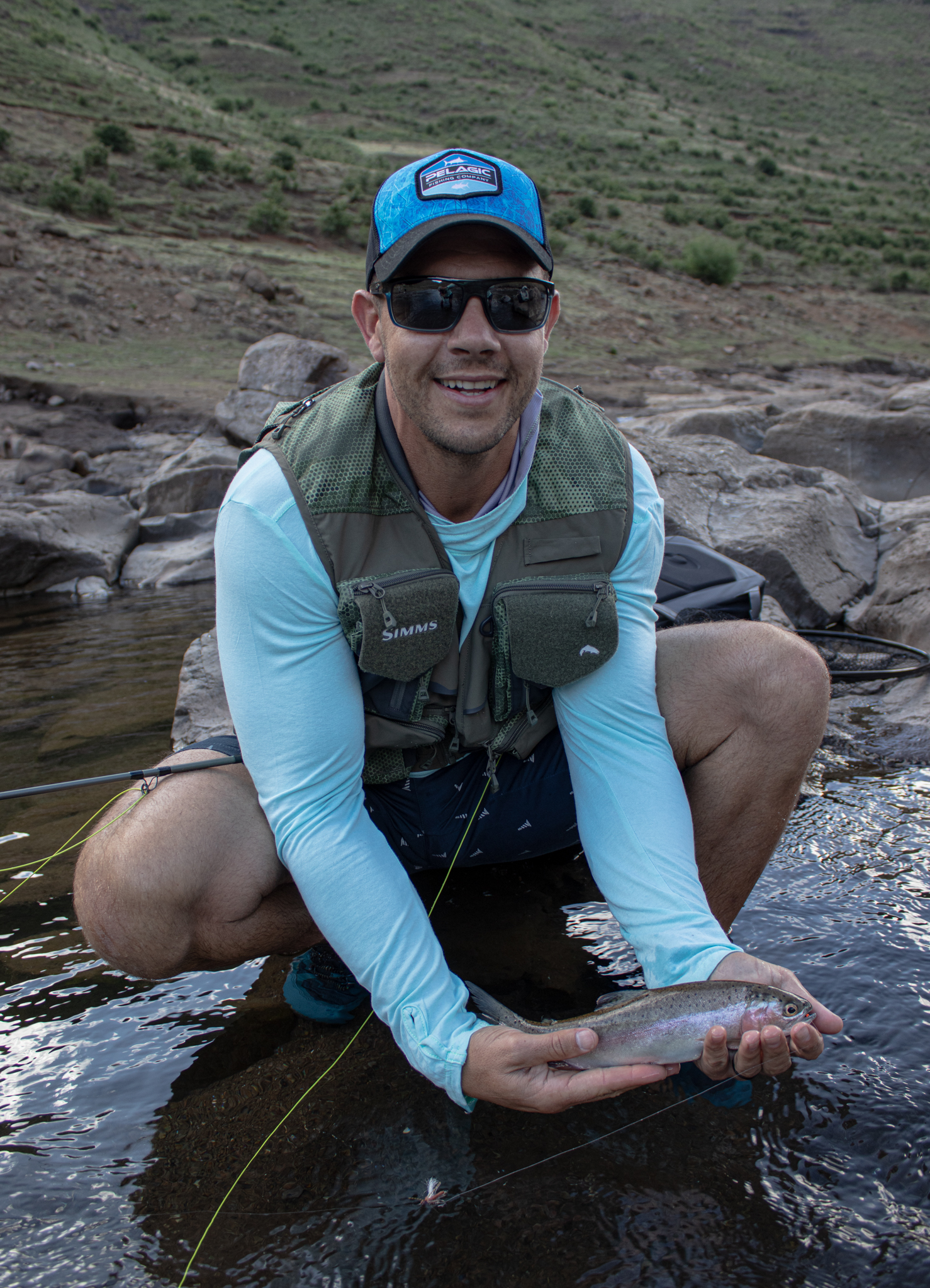 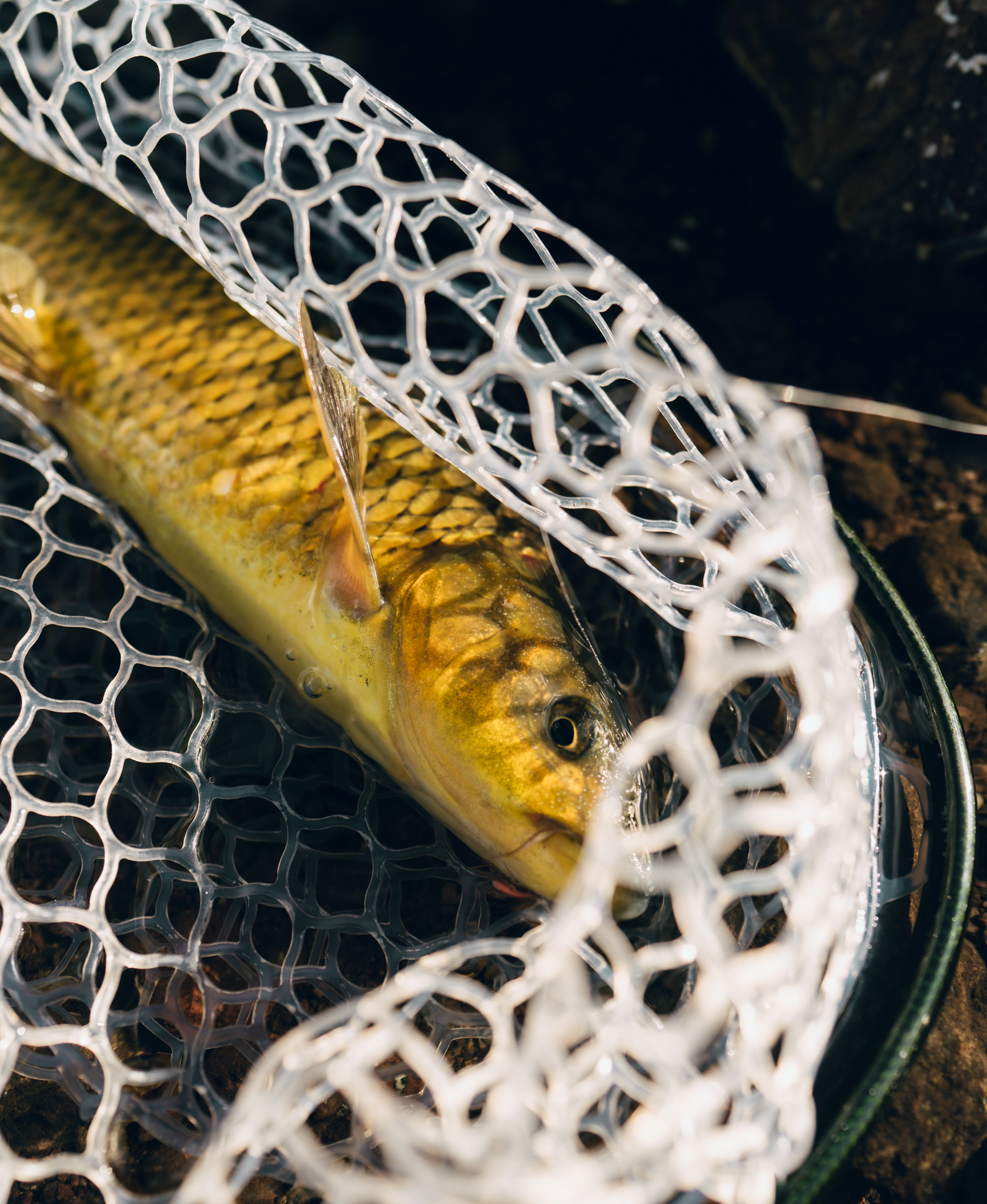