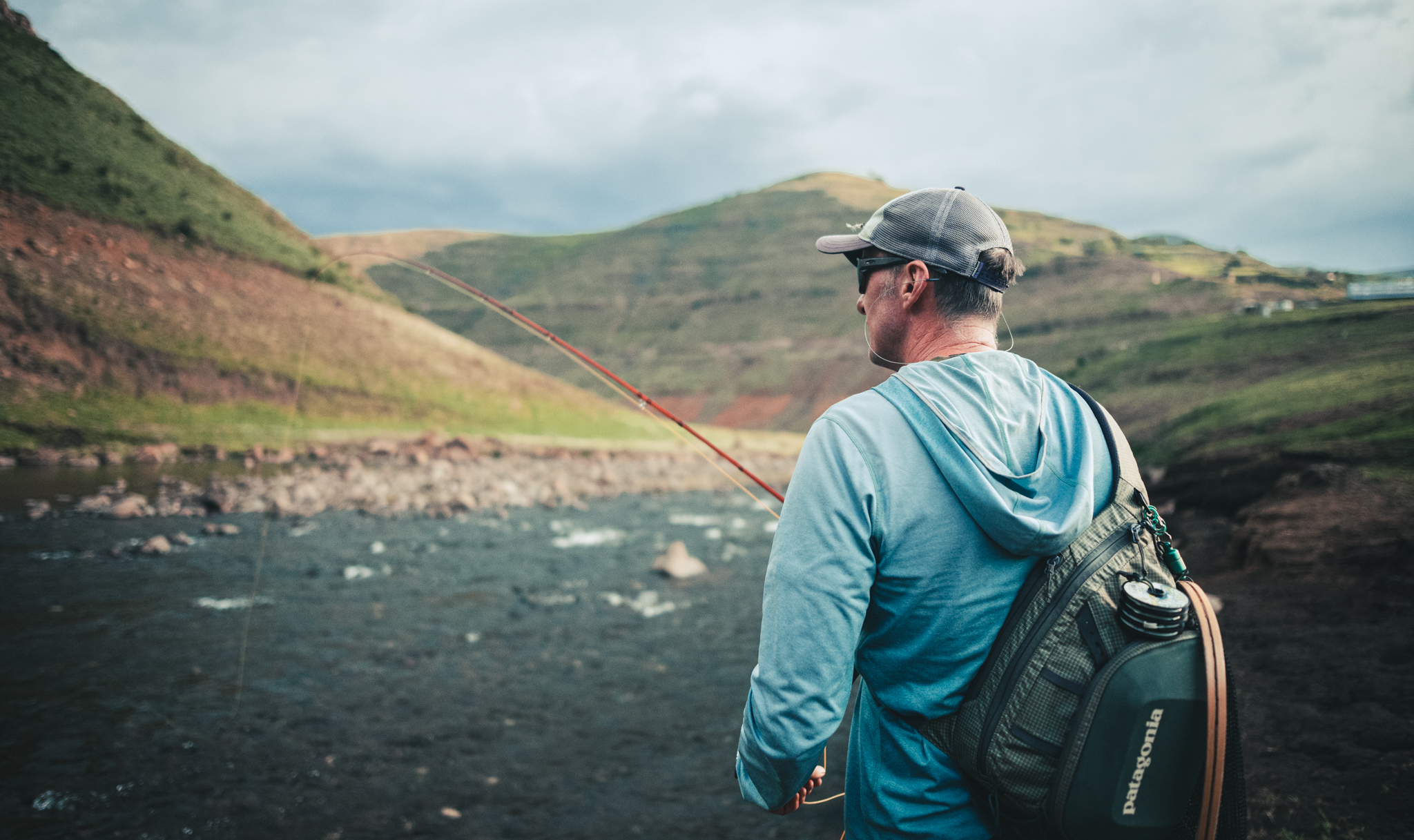 The third and final week of the December 2020 season saw the best weather yet. We had light sporadic showers throughout the week with constant clear water and awesome sight fishing opportunity! Incredibly large numbers of smallmouth yellowfish had been patiently waiting to enter the Bokong River in the prior weeks as the river was constantly blown out. However, come the third week with a river flowing clear and high, the yellowfish decided to push upriver in the hundreds! It truly was a dry fly paradise for all anglers involved.

The bottom beats, or lower sections of the river closer to the inlet into Katse Dam, were absolutely firing with endless opportunities at yellowfish, sitting high and happily eating dries. Tailouts were loaded with schools of yellowfish and inevitably became the focus of the first day. Both groups of anglers didn’t reach the end of their beats on the first morning session as the fishing was just that good. It was incredible to witness and a stark contrast to the beginning of the prior two weeks when the river was mainly in flood.

After day one’s performance, across all rods, it was time to trek up to some of the higher beats in search of slightly more technical water where sight fishing to specific fish became the order of the day. Immediately guys were onto fish despite the trickier fishing conditions and fewer fish. The highlight of the day was Arno Goebel’s 6lb specimen which absolutely destroyed the dry fly, a beautiful fish landed in a spectacular section of the Bokong River! Day two’s afternoon session upriver was called off short due to an intense yet brief hailstorm and had the guys rushing back to cover! Everyone returned back to camp in high spirits despite the short storm and settled down for an afternoon of laughter and relaxation around the fire with family and friends. 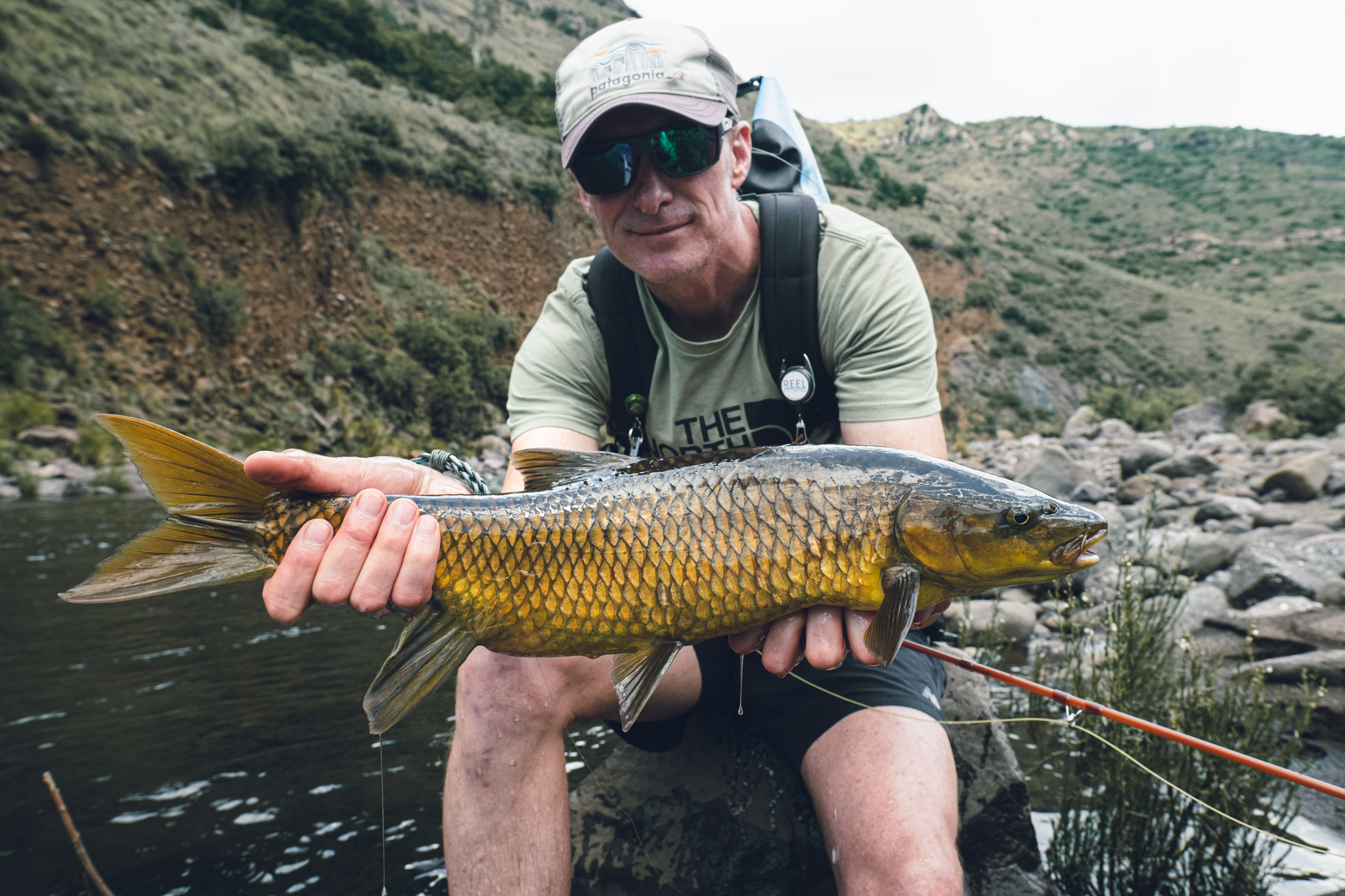 Due to popular demand, the guys decided that the final day would be spent back on the lower beats in order to have the perfect ending to a great week’s fishing. It certainly didn’t disappoint with the day’s proceedings being similar to that of day one with anglers landing a great number of smallmouth yellowfish and even a couple Rainbow Trout with young Ollie Goebel managing to stick a fin – perfect rainbow trout of 35cm. Another highlight of the week was the enthusiasm of the Longmore father and son combination which had them landing multiple smallmouth yellowfish at the 6lb mark with the true highlight being young Matt Longmore taking over the guiding reins when he put his sister, Jess Longmore, onto her first yellowfish on fly. It was awesome to be a part of and to witness with both Craig and Jen Longmore bankside watching the whole scenario play out from cast to landing the fish.

It was an outstanding week shared by all and one that will be remembered for a long time to come –   the perfect ending to the December 2020 season at Makhangoa Community Camp up in Lesotho. 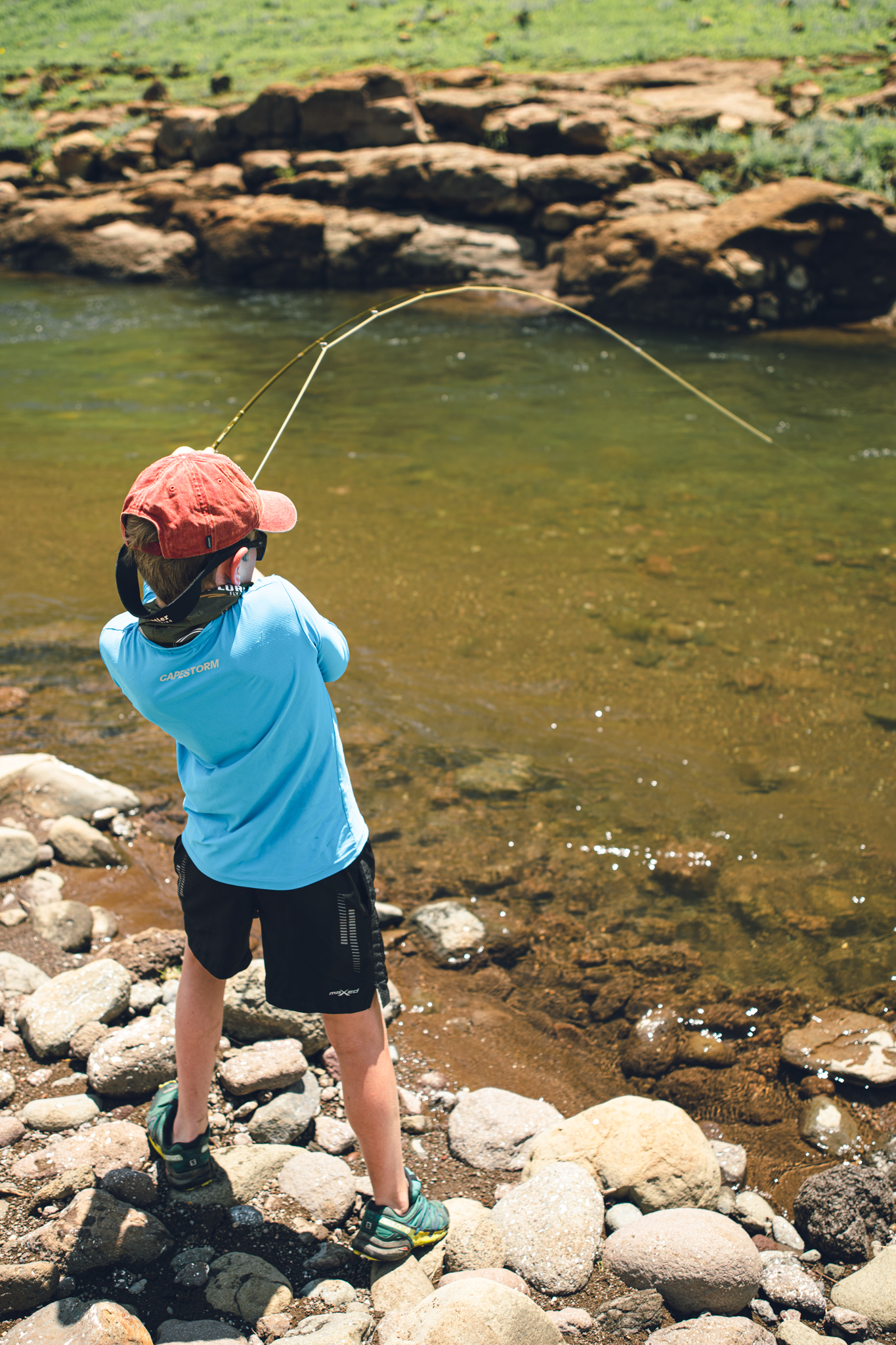 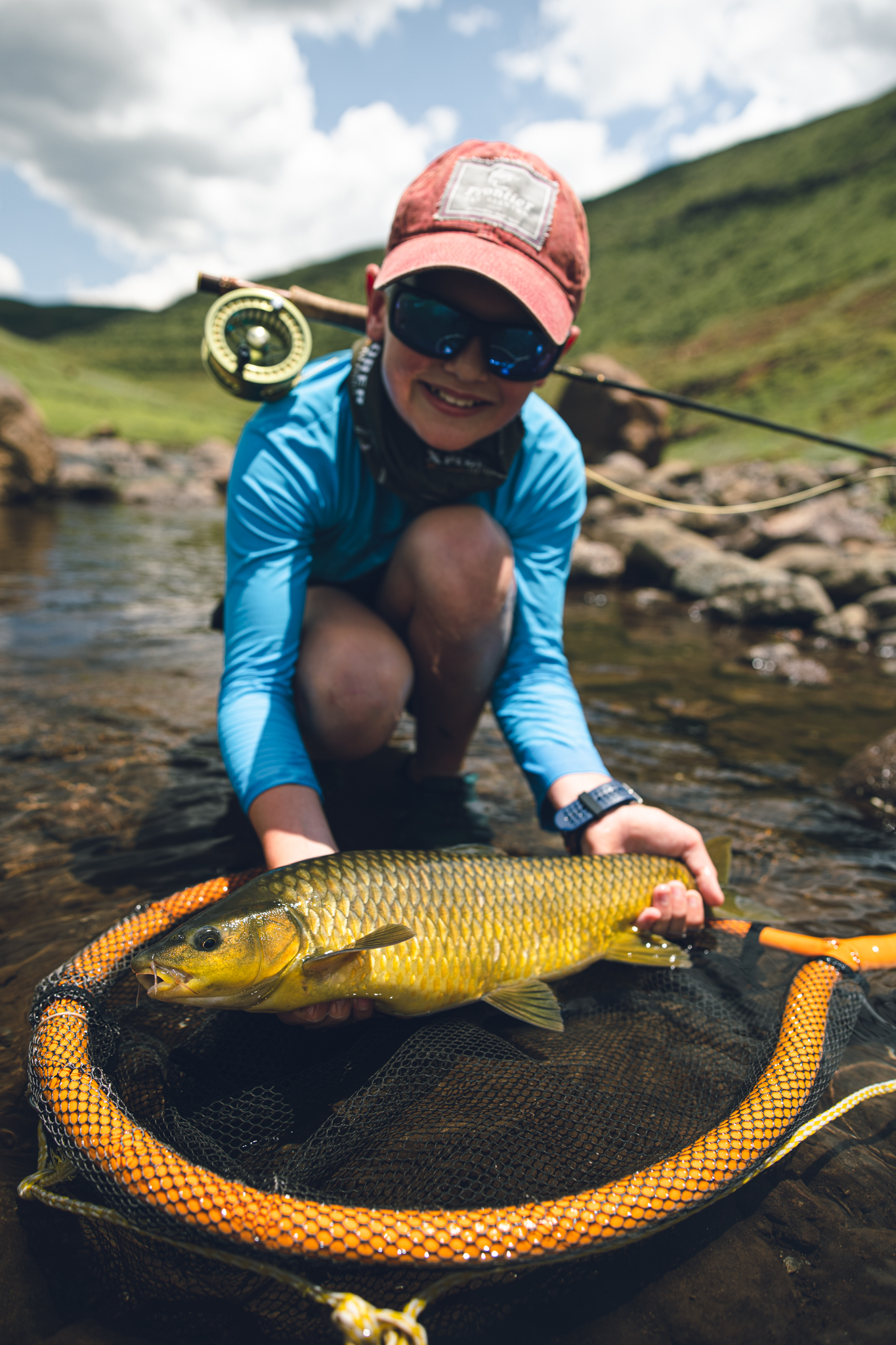 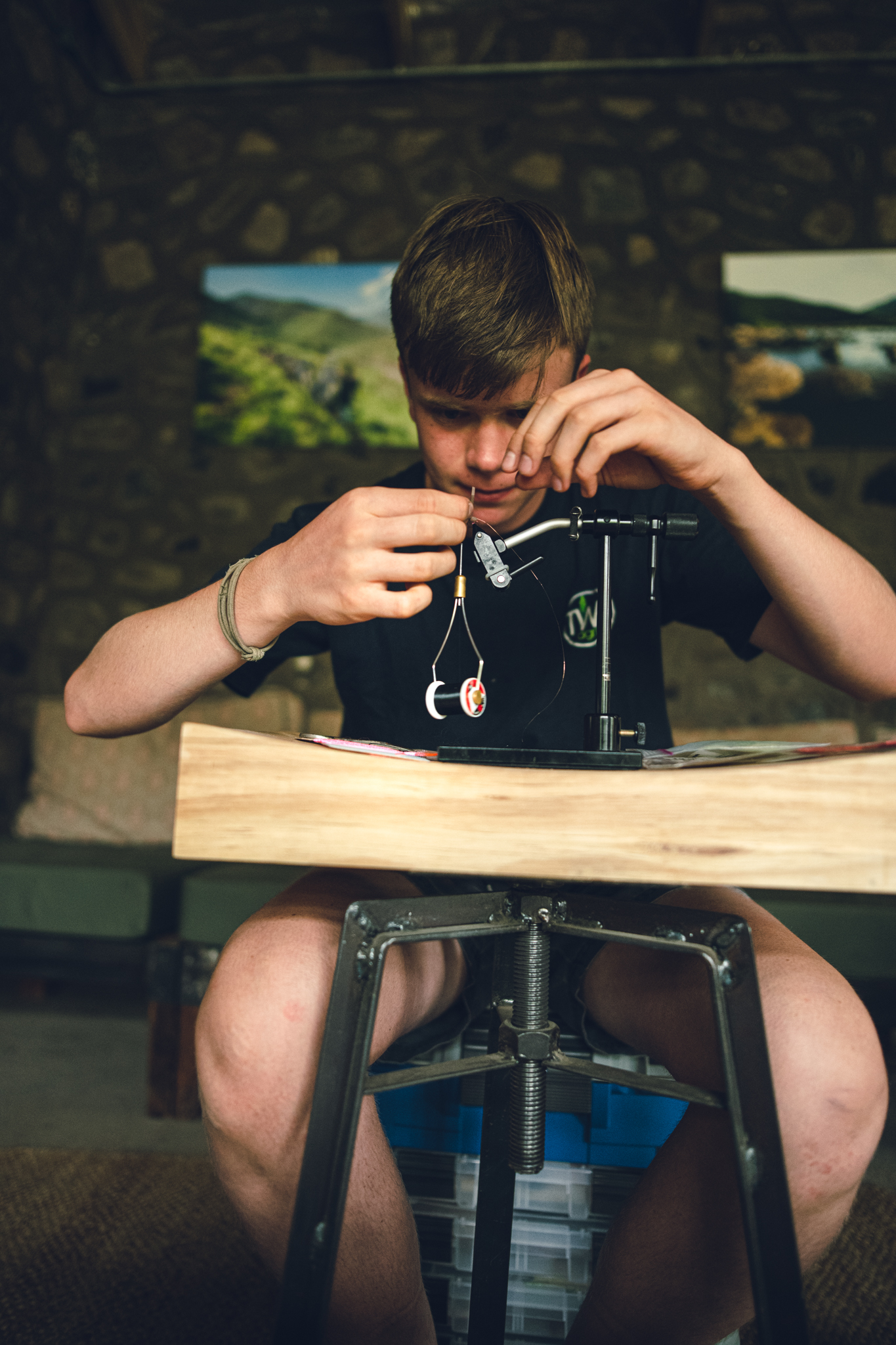 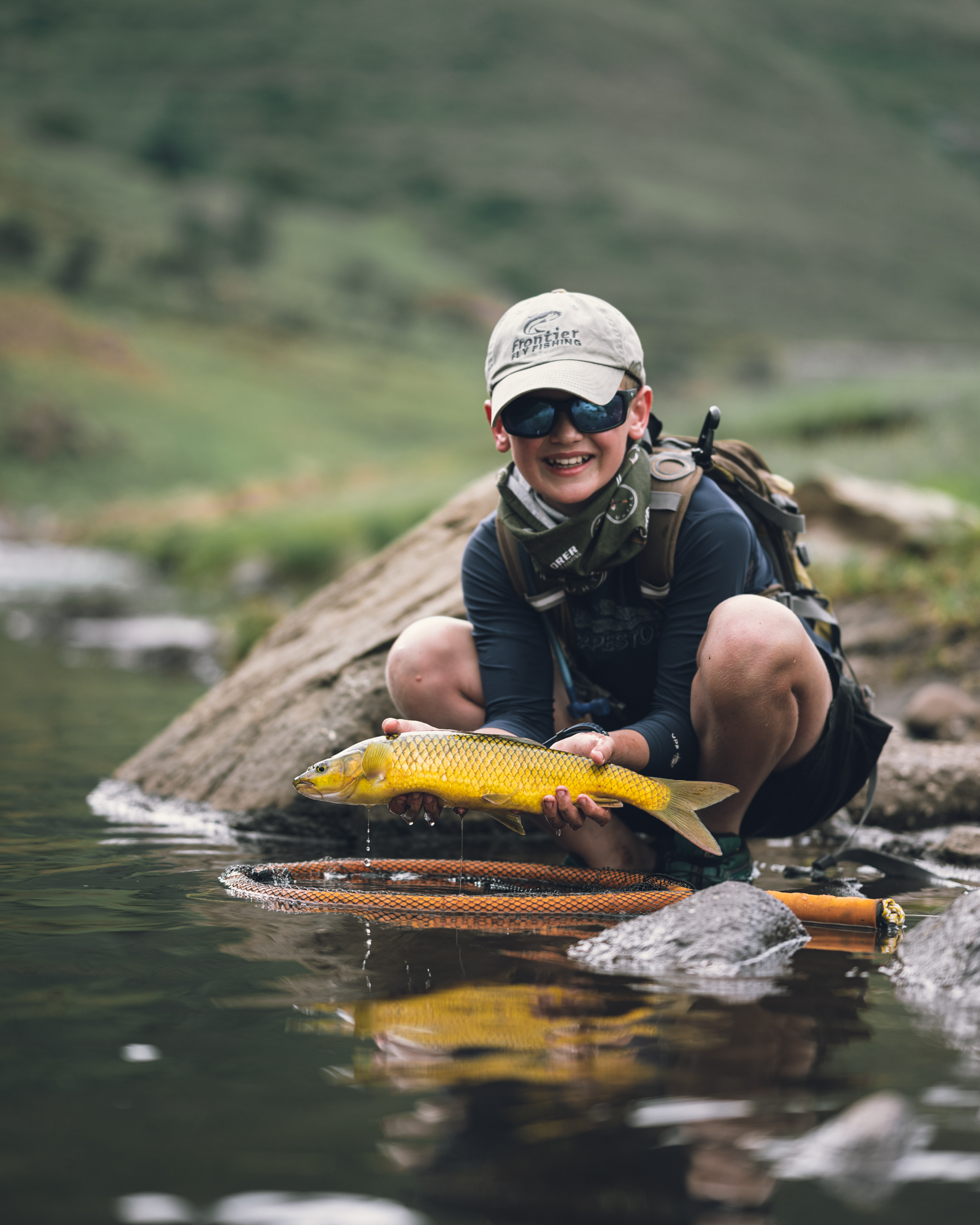 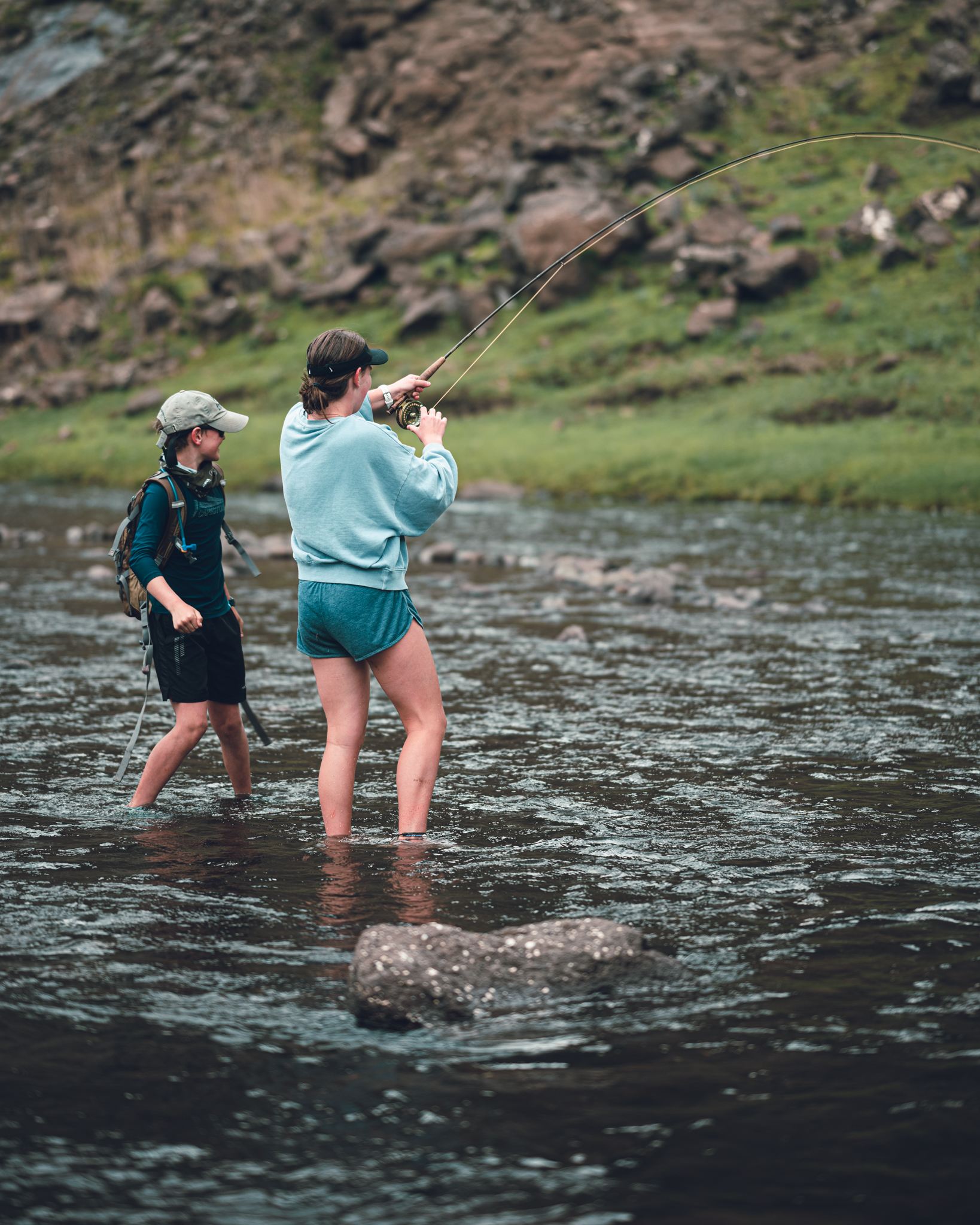 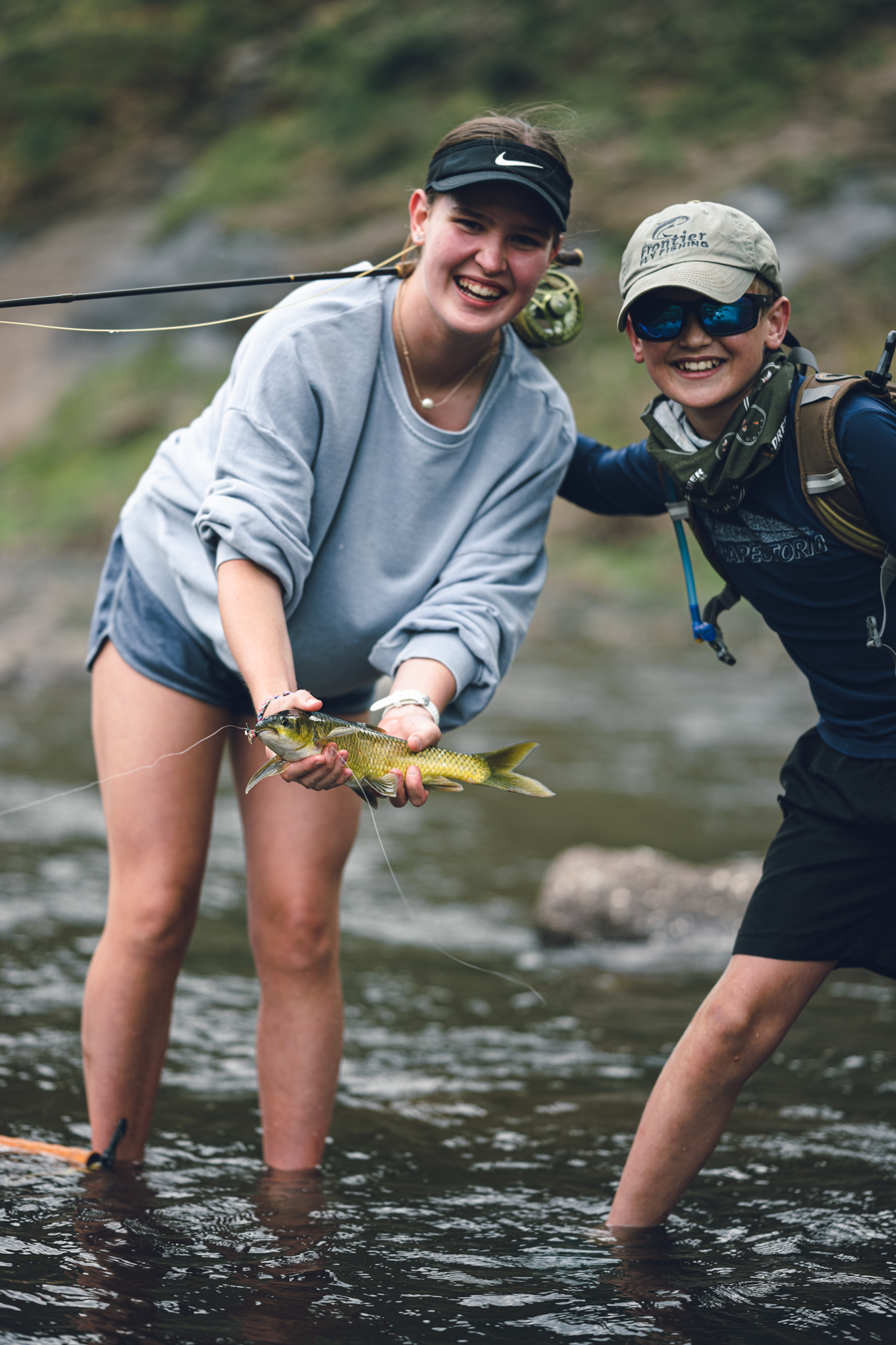