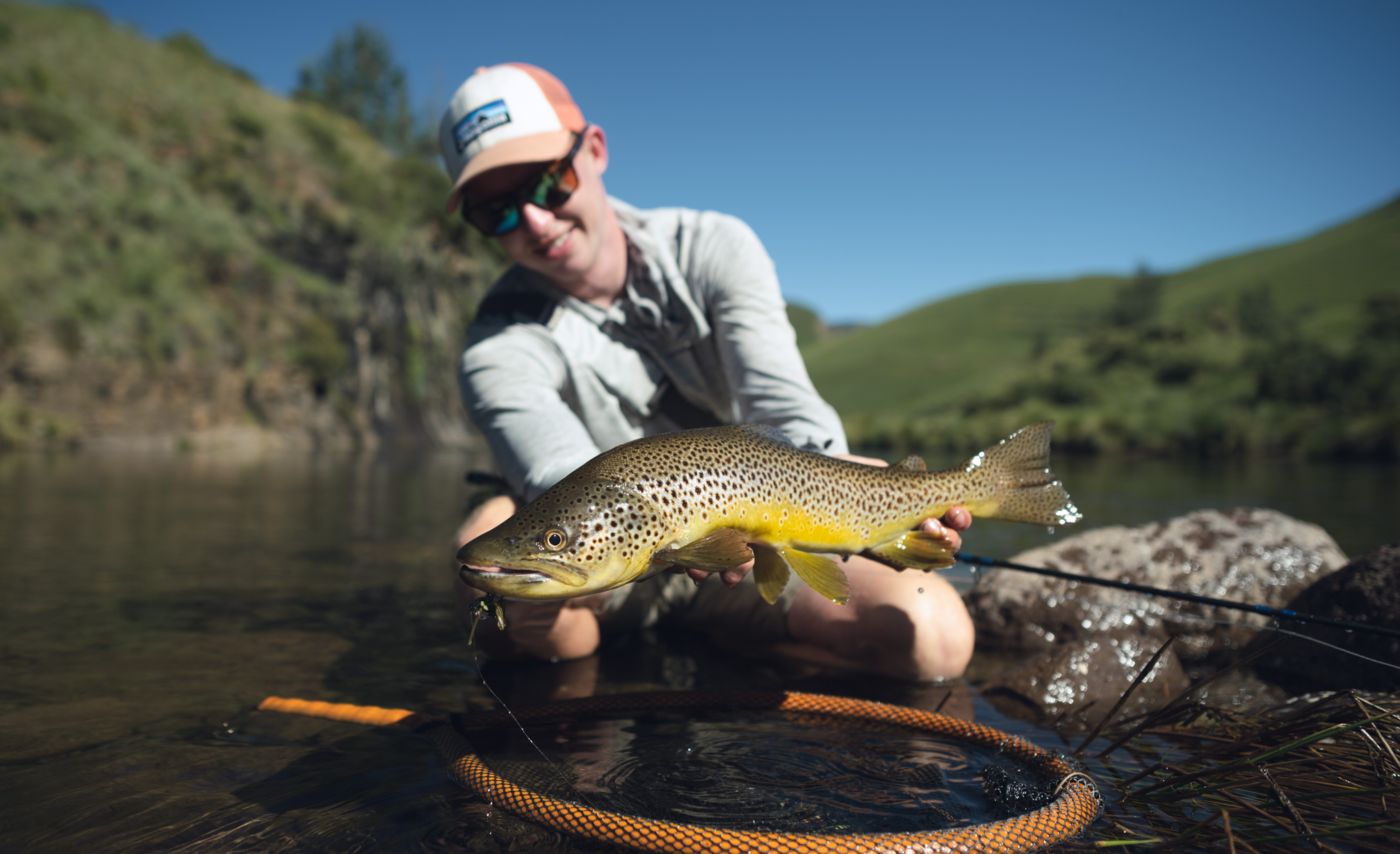 It’s been a strange start to 2021 with the ongoing pandemic we are all currently facing however, it granted our junior guides in Lesotho the opportunity to prospect the upper reaches of the Bokong river, while the borders are still temporarily closed. It’s not often that African Waters guides get the chance to wander the upper Bokong with fly rods in hand, so both Tim Leppan & Philip Geldart jumped at the opportunity when it presented itself.

The upper Bokong river is not only home to smallmouth yellowfish but also that of rainbow trout. However, with this in mind, the true mystery of the upper stretches belongs to the thriving population of wild brown trout. Each and every guide that has been through African Waters speaks of the Bokong browns and just how special they truly are. There’s many a story about the size of some of the browns that call the Bokong home, stories that have to be seen to be believed, however, these stories were undoubtedly confirmed by both Tim and Phil after their trip upriver… 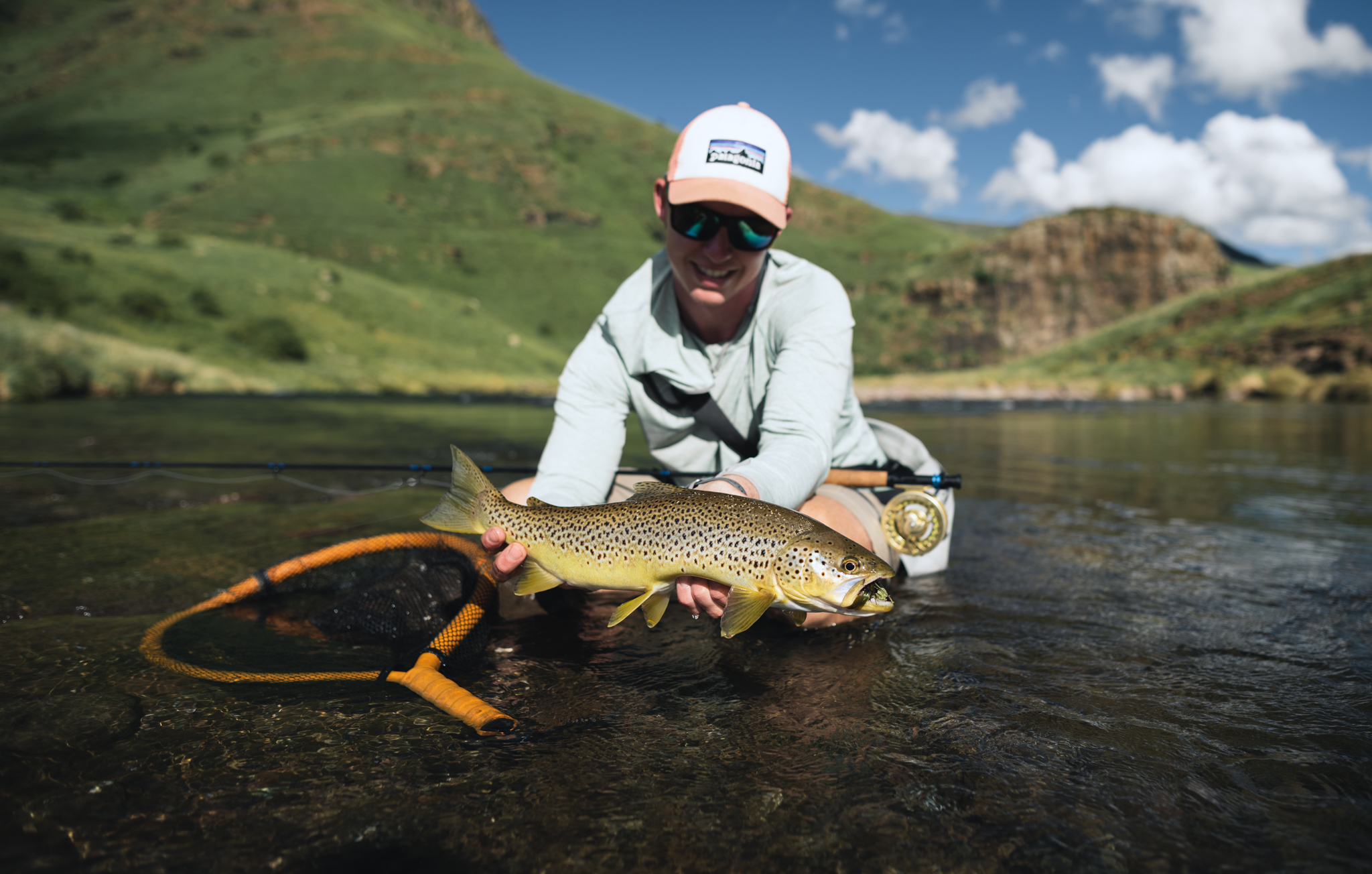 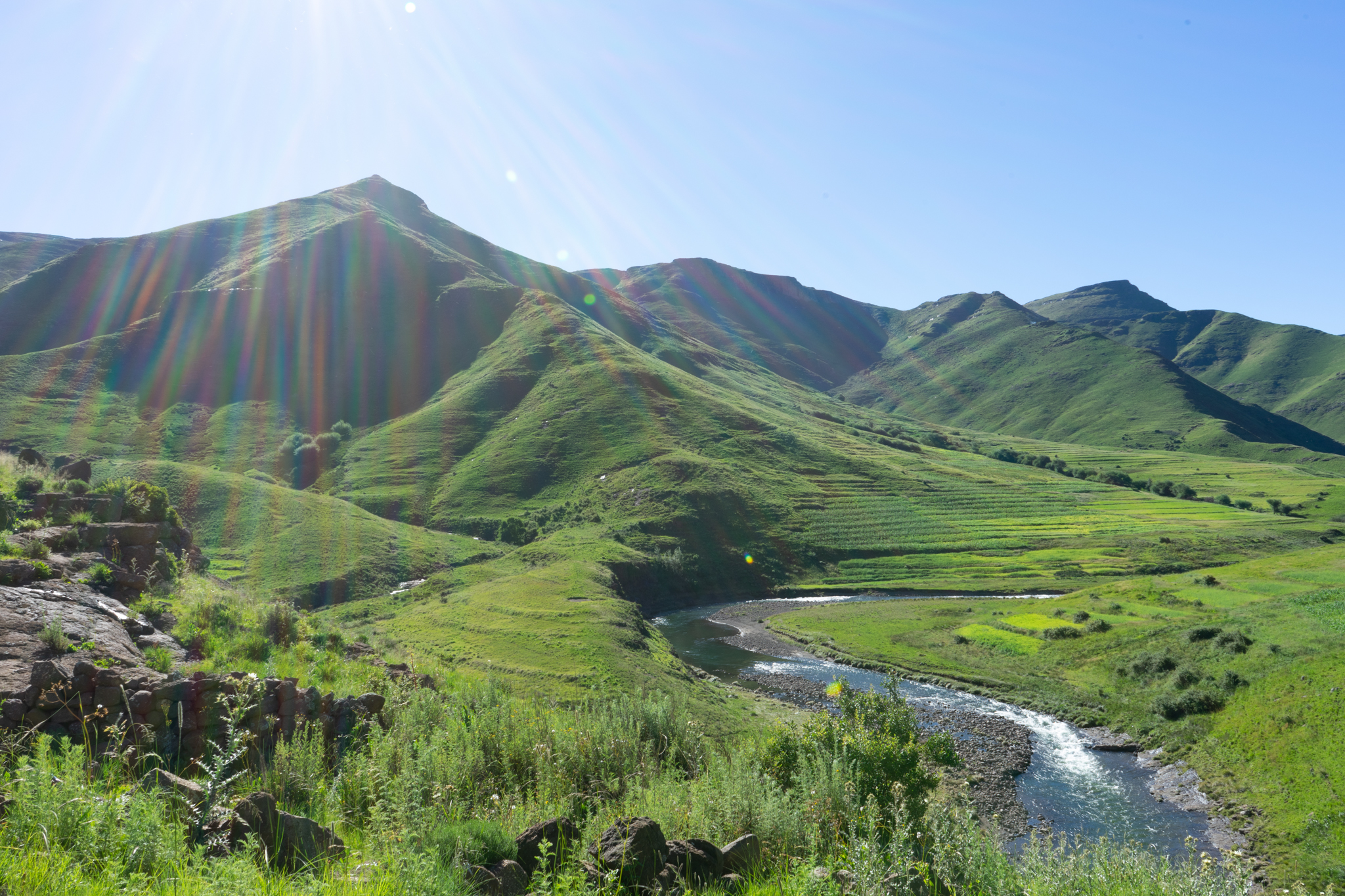 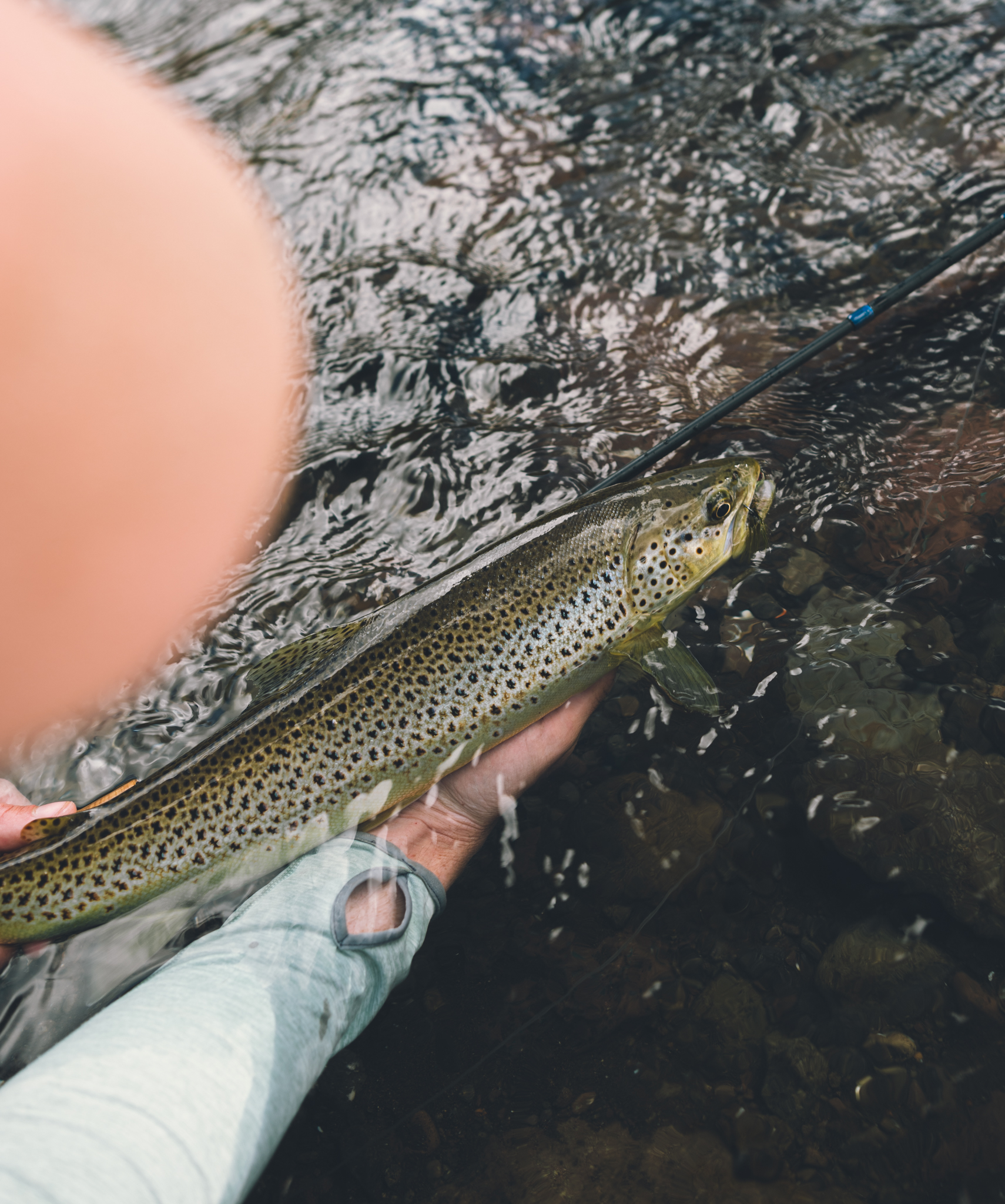 “…The way the Bokong changes as it meanders up to the top is something really special. The river transcends from brown sand and dark rocks to almost a white sand bottom and light sandstone-coloured rocks which gives some of the sections that clear aqua blue look, similar to that of New Zealand, its honestly breathtaking. Throw in smallmouth yellowfish, rainbow trout and incredibly big brown trout and you’ve got yourself a piece of heaven. We were truly blessed with the weather on our trip up-river, it was the first time it hasn’t rained for three days since guide week in the first week of December; we couldn’t have asked for better conditions, truly. We had a clear and fast-flowing river, however, dropping each day. The first half of the trip we struggled to get nymphs down or fish dries due to the high flow and so immediately switched over to a selection of streamers and started swinging the heads and tailouts of pools to likely lies and sighted fish. It was incredible! Those Browns were super aggressive on the swing and often chased the fly across the tailout before exploding on the fly, it was magical, absolute dream come true for me… We then managed to fish nymphs to fish on the last day which proved to be successful once more. The browns were super long and generally more slender, exactly how a river fish should be with massive fins. The condition of the fish blew us both away, fin perfect browns coupled with a beautiful gold colour… It was so cool to fish in tandem with a good mate of mine, working as one to figure out those browns and get them to the net. I think it’s a unique part of fishing that river, being that of teamwork.

I experienced a fishery that I’ll honestly never forget. I truly believe it will blow anyone’s mind, despite anyone’s expectations, fish or no fish, you will be completely in awe, as was I…” – Tim Leppan. 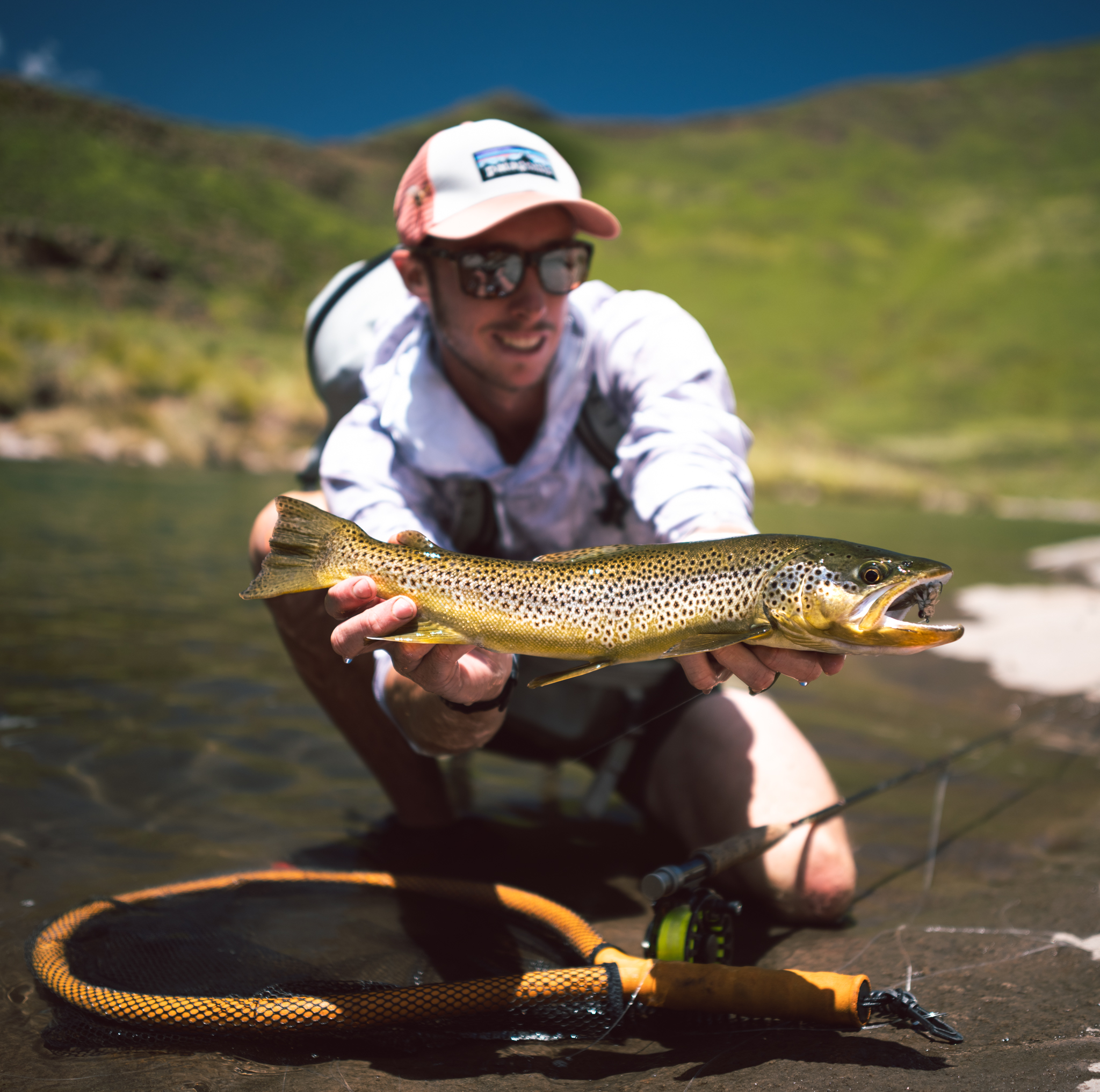 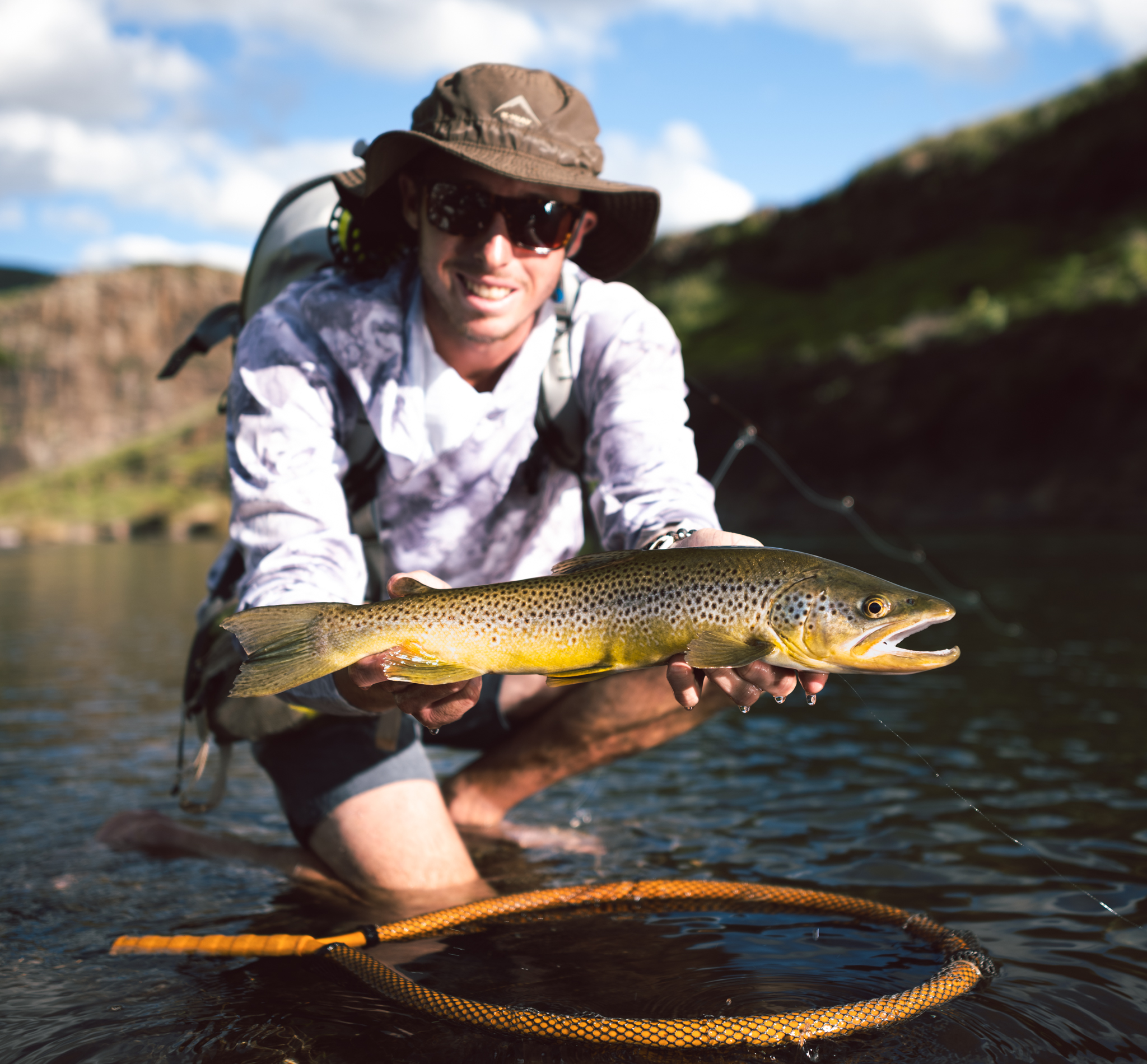 “…As we embarked on our trek up the meandering Bokong river and never-ending beauty of the steep landscape, I couldn’t help but think of what luck had in store for us over the next few days. Watching our donkey companions effortlessly traverse the mountain side with all our gear gave us strength to push through the kilometres to reach our destination, ‘Willow tree bend.’ Landing a single brown trout throughout the time we had planned to be up there would be a dream come true for me. It turned out that luck, brilliant weather and water conditions would play in our favor. Upon arrival, we noticed how high the river was flowing due to the recent rains we have had in the system. However, the clarity was really good, so we set up camp as fast as possible and set out upon the river. My attention was immediately drawn to the white water at the head of each pool, like a sixth sense in a way. Landing streamers in the fast-flowing water and letting them swing down through the current was nail biting stuff! It wasn’t long before Tim and I had both landed beautiful specimens of brown trout. The next day, the river had slowed a bit and the river had changed in visual appearance. The turquoise shelves and crystal-clear water became regular statements of disbelief from both Tim and I. The highlight of my experience was watching a brown trout come up to the surface for a terrestrial and drop back down to his hide out, with a perfectly directed cast, the fish repapered and absolutely smoked the small streamer swinging through current without a second thought. Day three provided absolute beautiful conditions and we decided to push upstream in search of more fish. Fishing proved tricky, however we both managed to crack the code and land another brown trout each.

Sharing this experience with such a good mate, Tim, will be a truly unforgettable experience for me. I look forward to the future treks upstream to this incredible stretch of magnificence…” – Philip Geldart 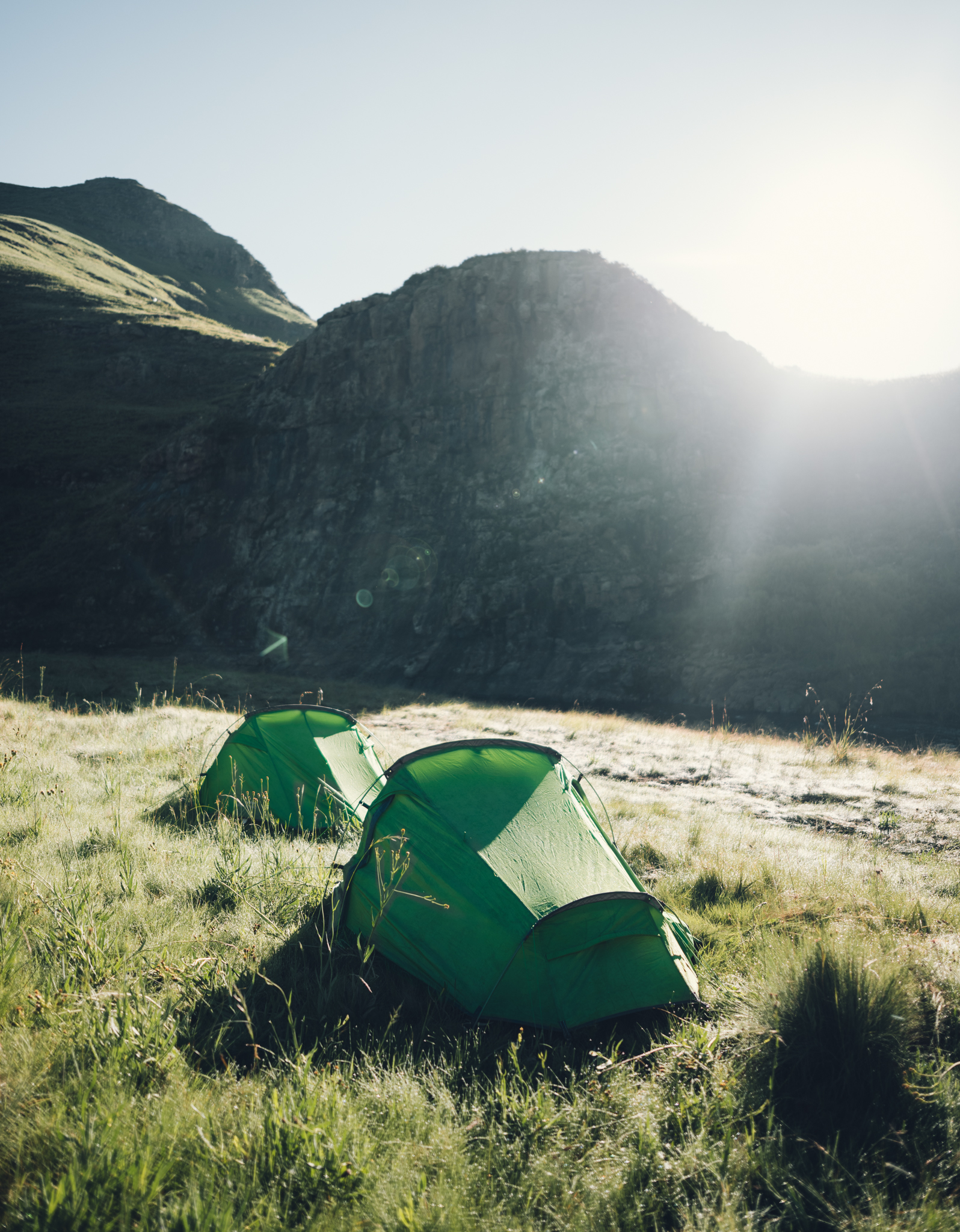 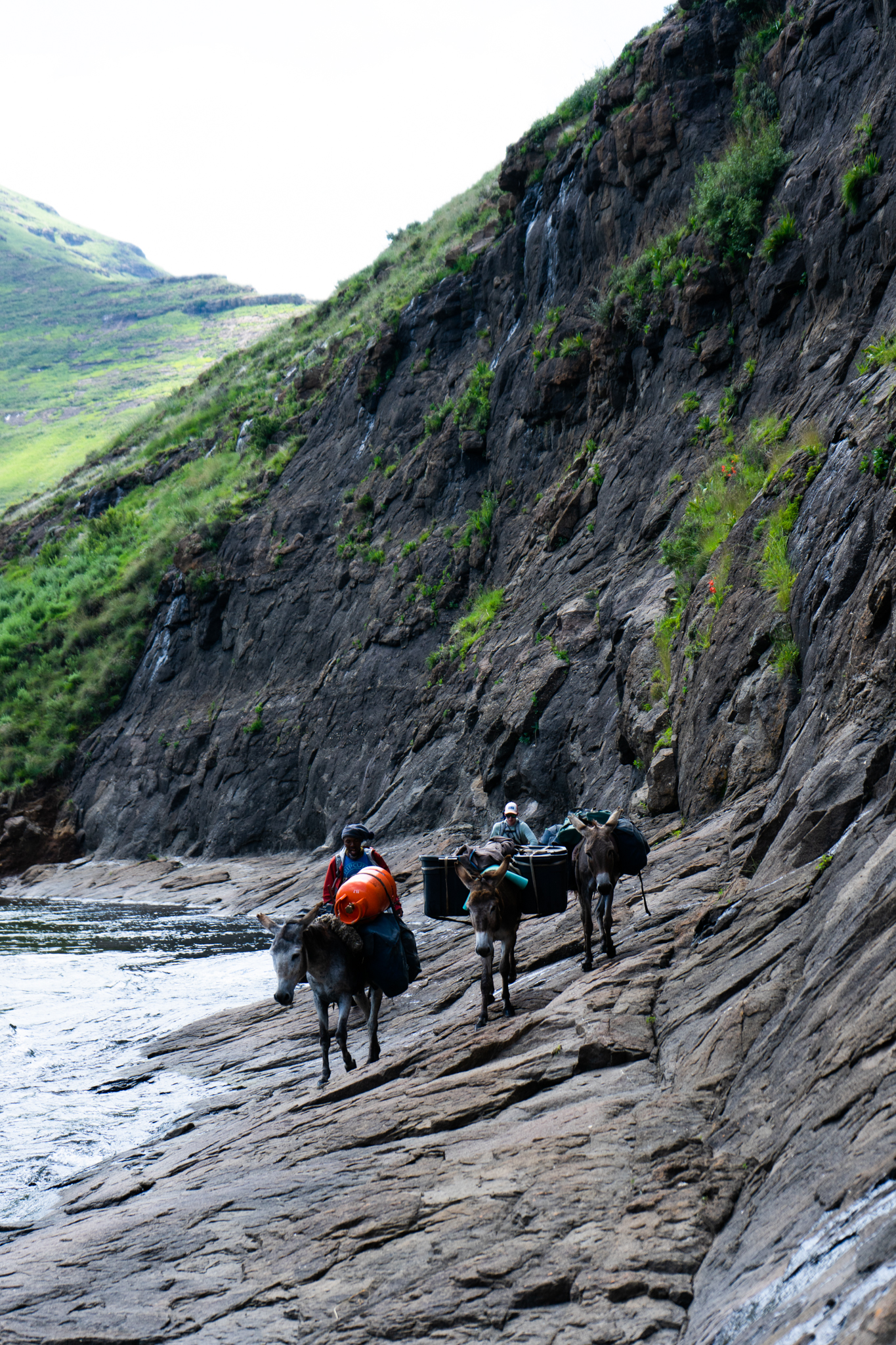 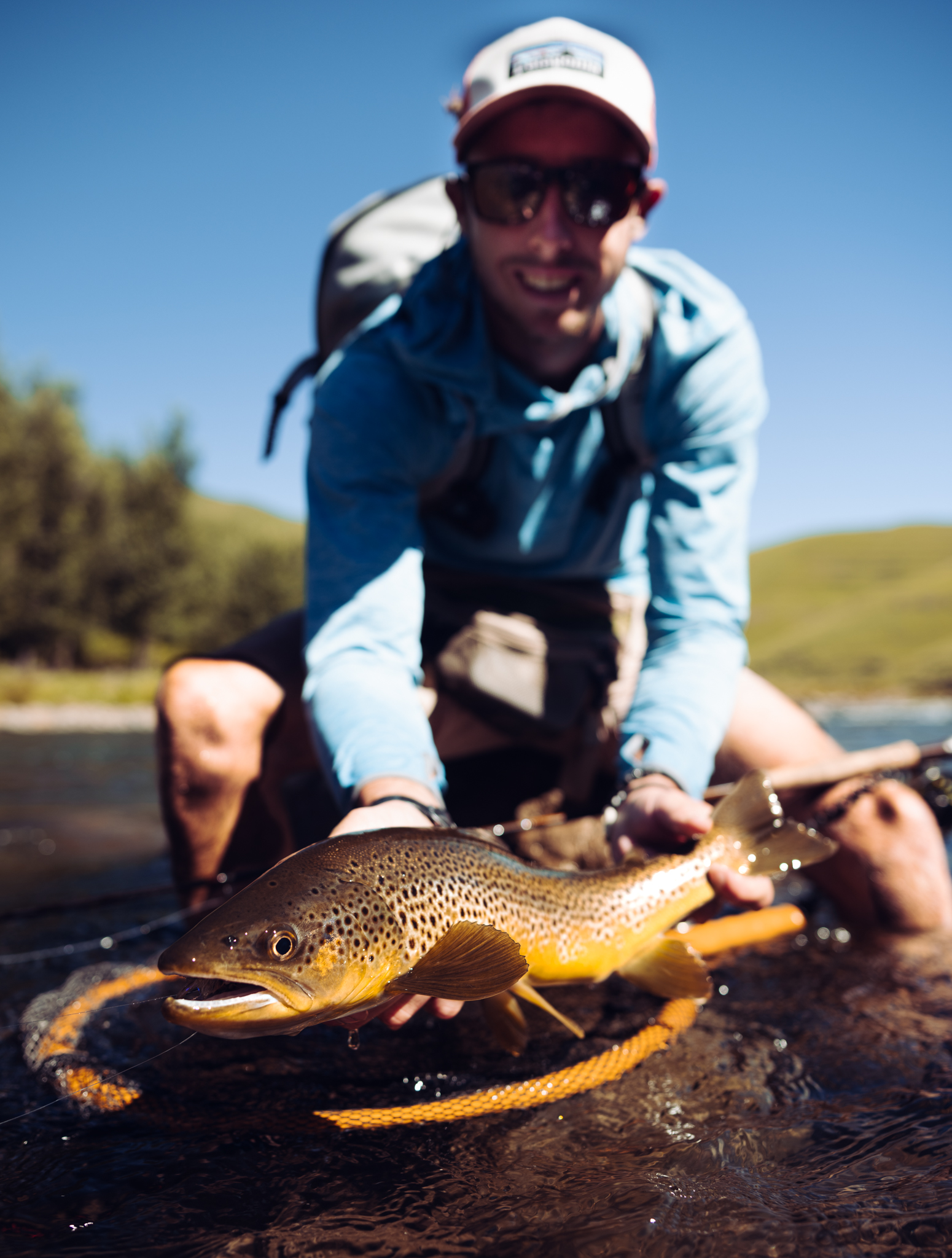 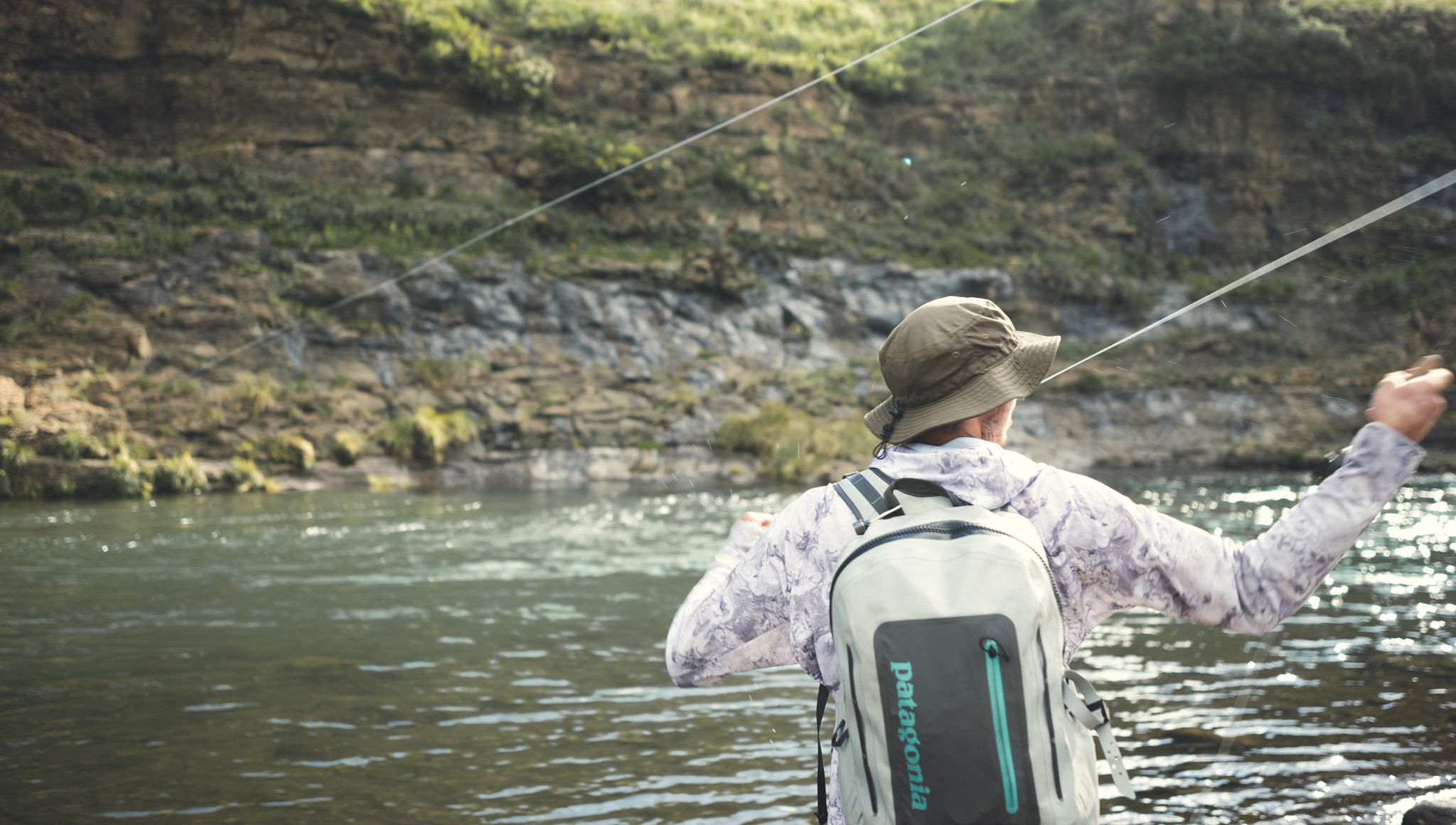 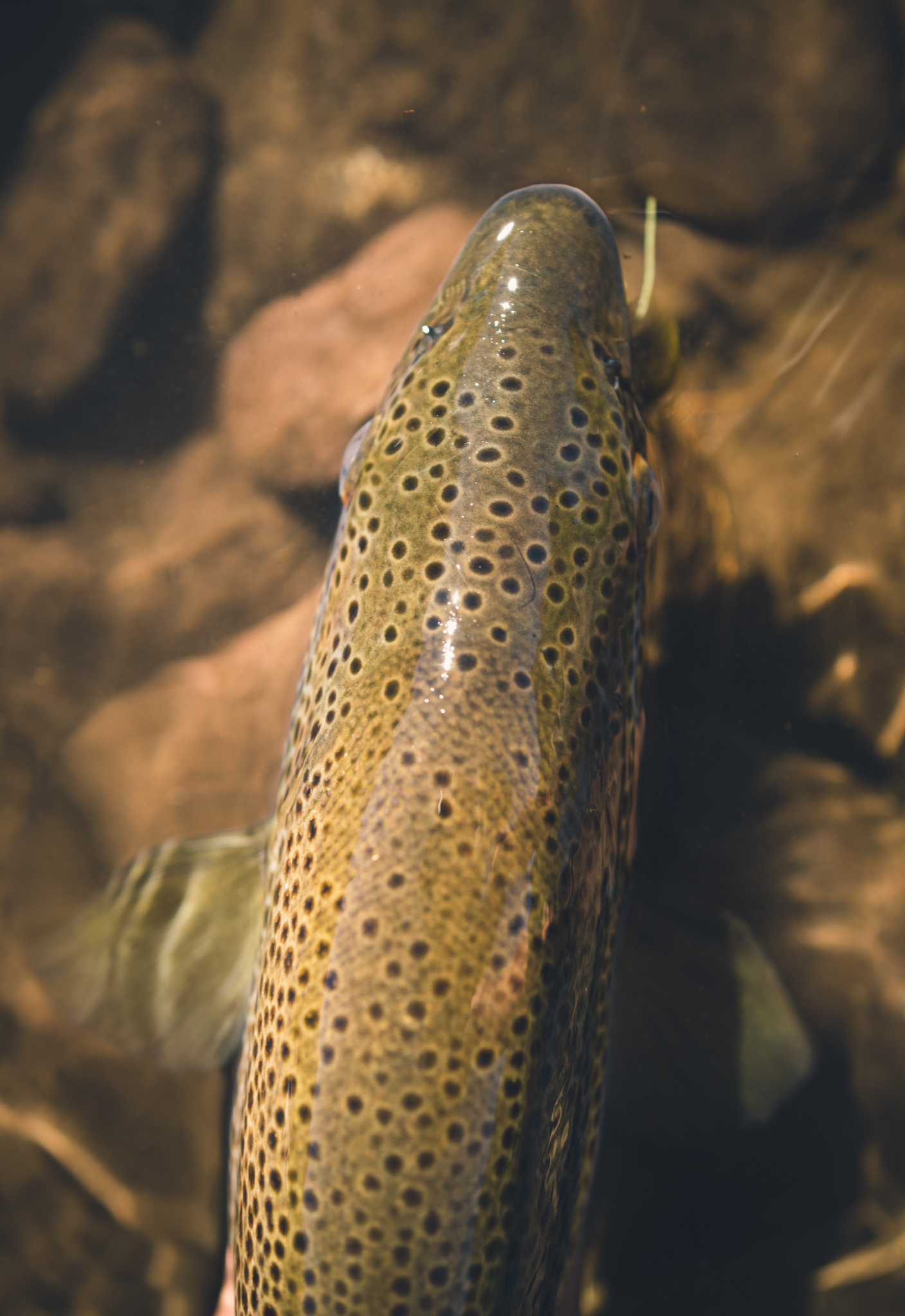 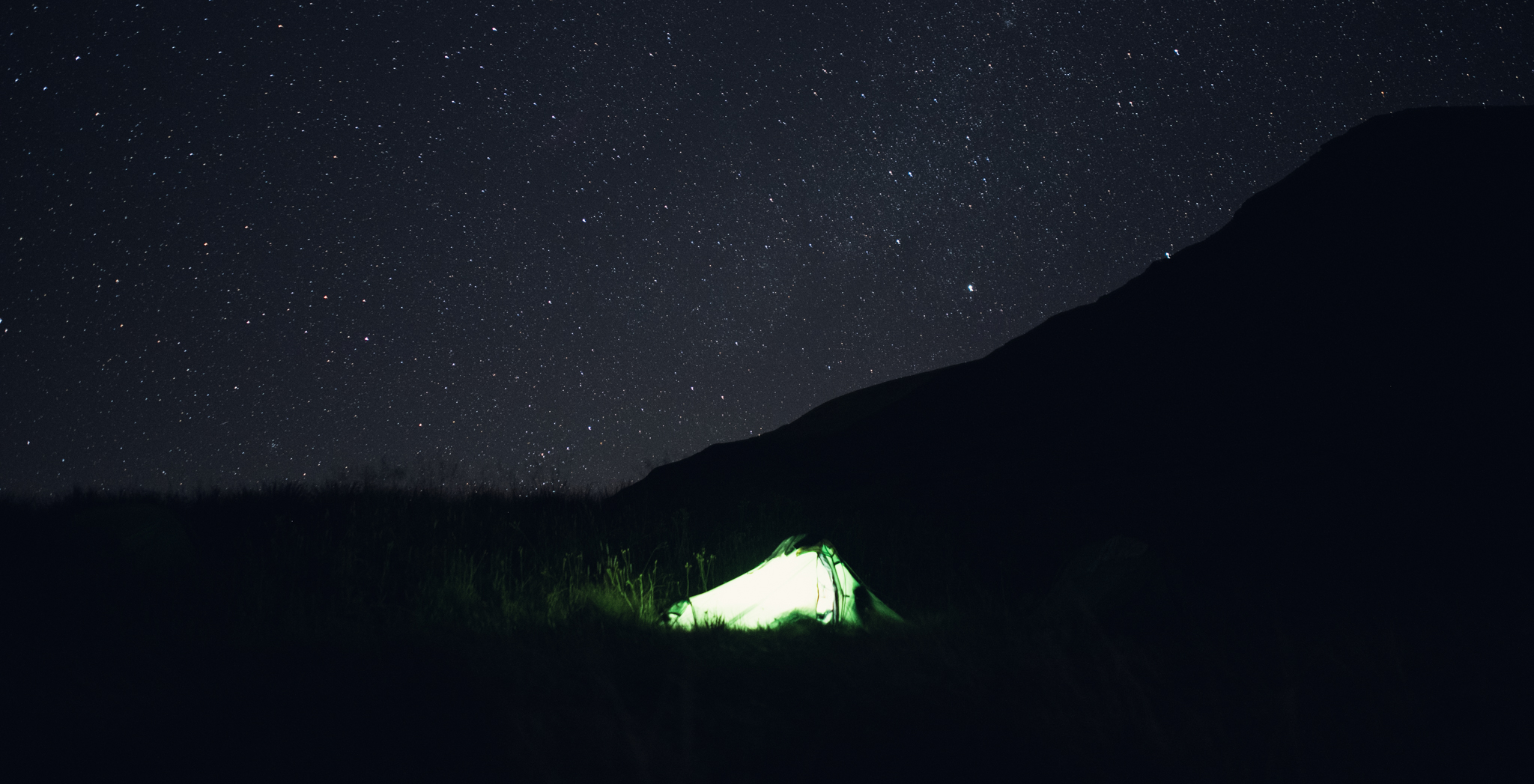 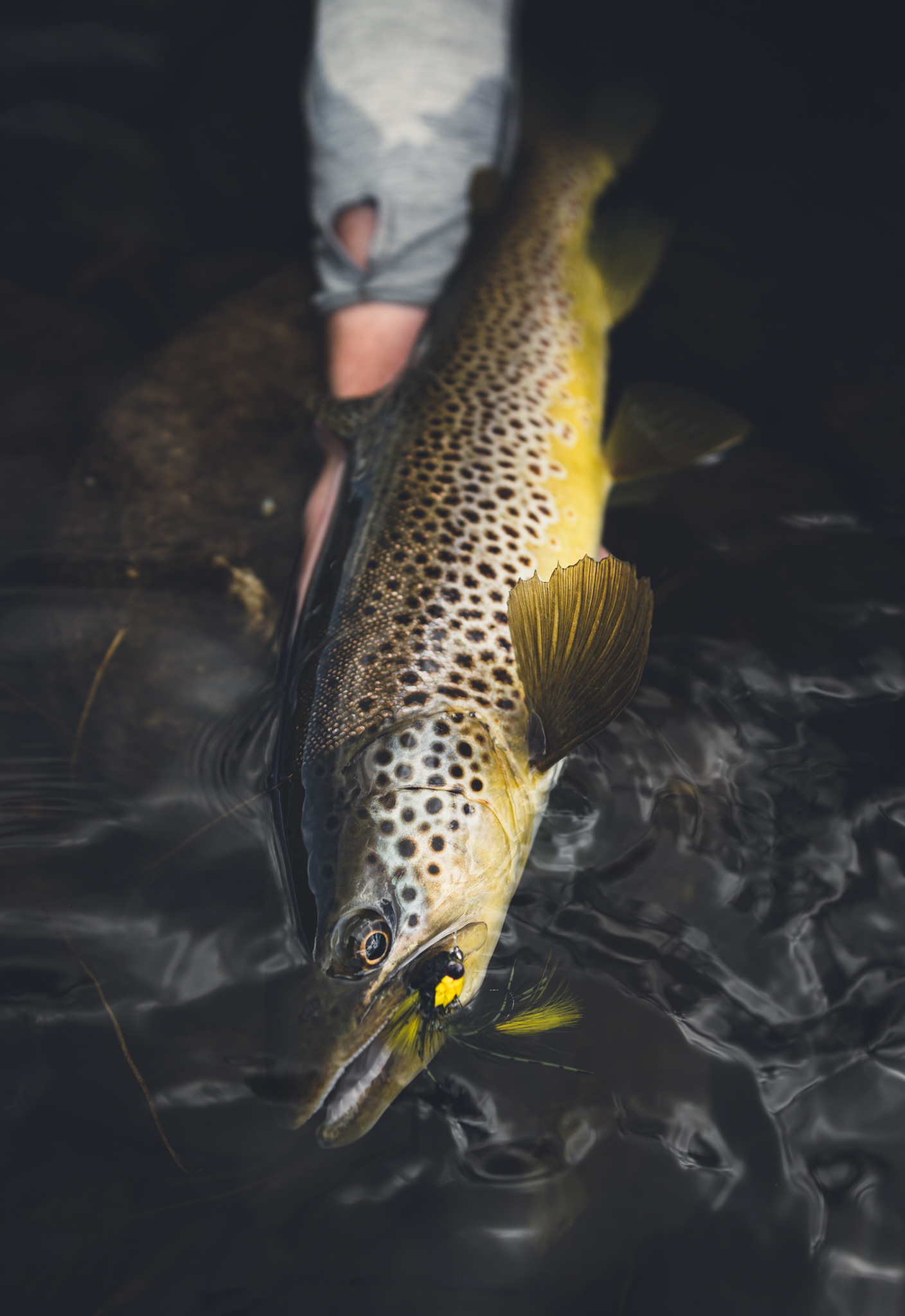