Six members of the Jacaranda Fly Fishing Club namely Paul, Brian, Alfred, Tiaan, Ivann and Nic came fish the Katse Dam in the picturesque Lesotho highlands. Tiaan, Ivann and Nic are also the founding members of an organization called the Barbus Clan; basically a group of keen fly fishermen who are passionate about catching yellow fish and even more so about the conservation of the species. Well, they traded their caddis flies for streamers in search of Lesotho trout. 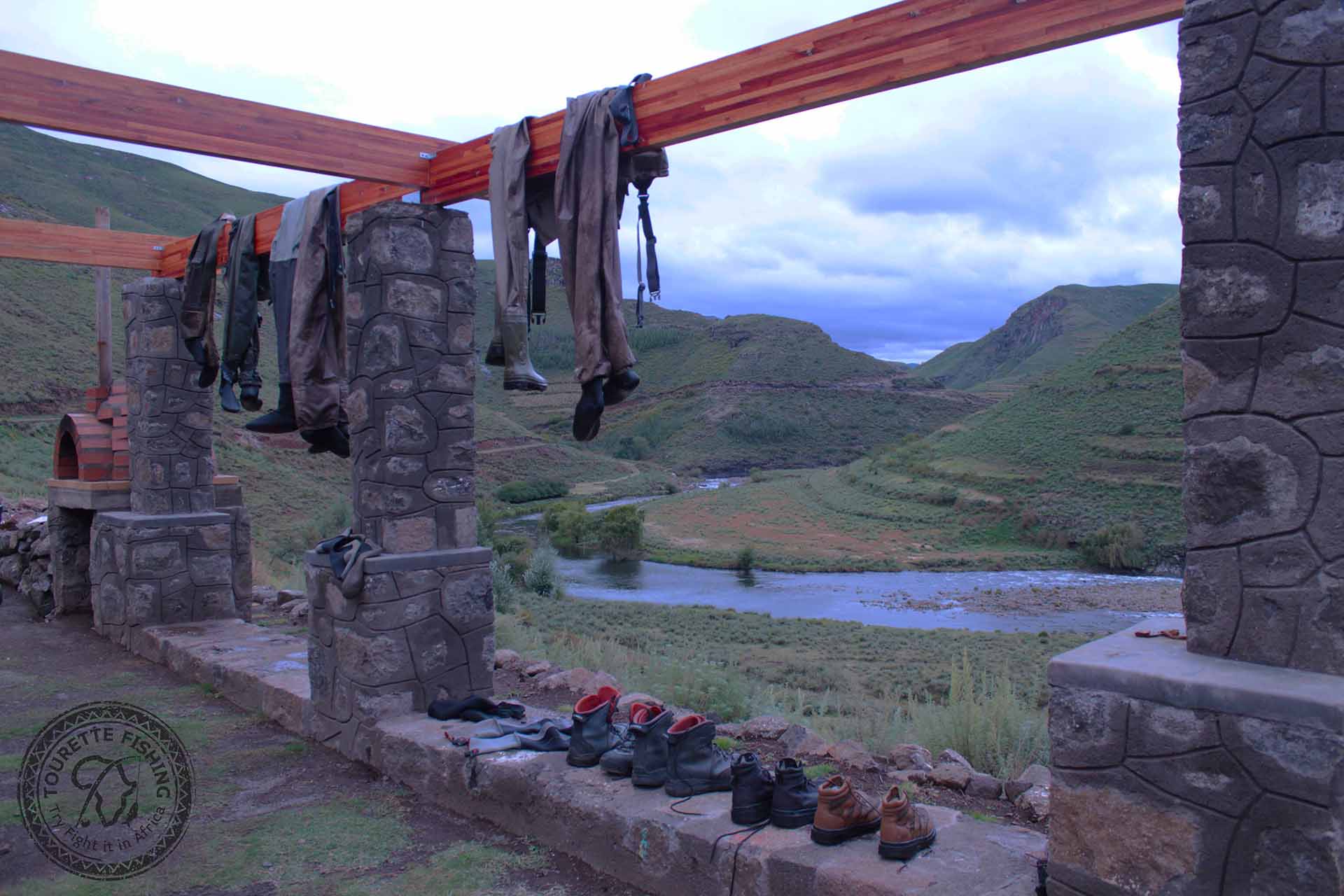 Their first stop was the very special Semonkong Lodge where they caught a couple of wild brown trout on the Maletsunyane River. They were keen to catch some rainbows, brown trout and a couple late season yellow fish on their trip, and the Bokong estuary did not disappoint. The river was in near perfect condition after the good rains from the week before and some fish were starting to make their way upriver. The migration of trout from the dam to the river was not happening in its full glory though. Because of a below average dam level the some of the obstacles in the river proved to be a little too exposed and daunting for most of the fish, so most of the fishing had to be done in the estuary.

Paul and Brian were in the thick of it and getting some good numbers of fish. Unfortunately two of the Barbus Clan members, Tiaan and Nic were struggling with a stomach flu that they picked up on their way in. It was so bad for Tiaan that he hardly picked up a rod all weekend and it was getting gradually worse for Nic too. However bad the illness was Nic was determined and fished close to camp, in case of an emergency. Despite the un-pleasantries everybody succeeded to fool a couple of fish. 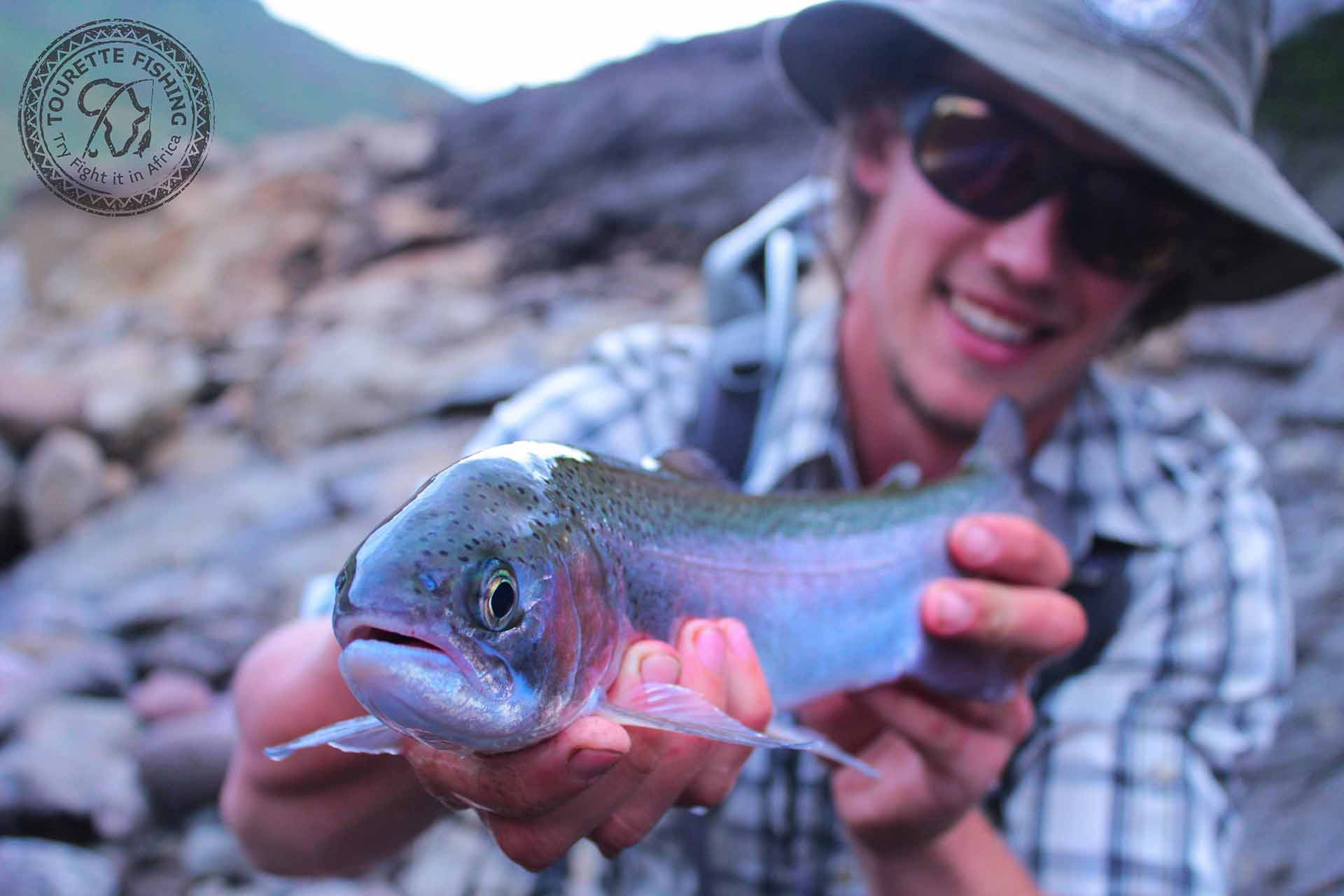 On the second day river fishing was on the agenda for Ivann, Alf and Nic. We worked the lower section of beat one, from the footbridge back up to camp. I spent some time guiding Alf while the other two headed upstream. After a quick demo, Alf found his rhythm and caught a beaut of a rainbow. He had done some steelhead fishing so the concept of swinging flies ‘clicked’ well with him. Ivann and Nic deceived some trout on their way back to camp. It was all going pretty well until a bus of a rainbow appeared out of nowhere and took Nic for a proper boxing match, in the end the fish took home the honours and spat the fly out like it was never even there.

By day three both Nic and Tiaan were starting to feel the fatigue of the illness and decided to pack it up and head home. Alf, Brian and Paul worked the estuary that day and had some good fishing. Alf was even tormenting the parr from last winter’s spawning with tiny dry flies. Paul completed his Lesotho slam with a lovely brown trout that evening and was well content and ready for home.

I hope to see these gents again next year. Same time, same place. 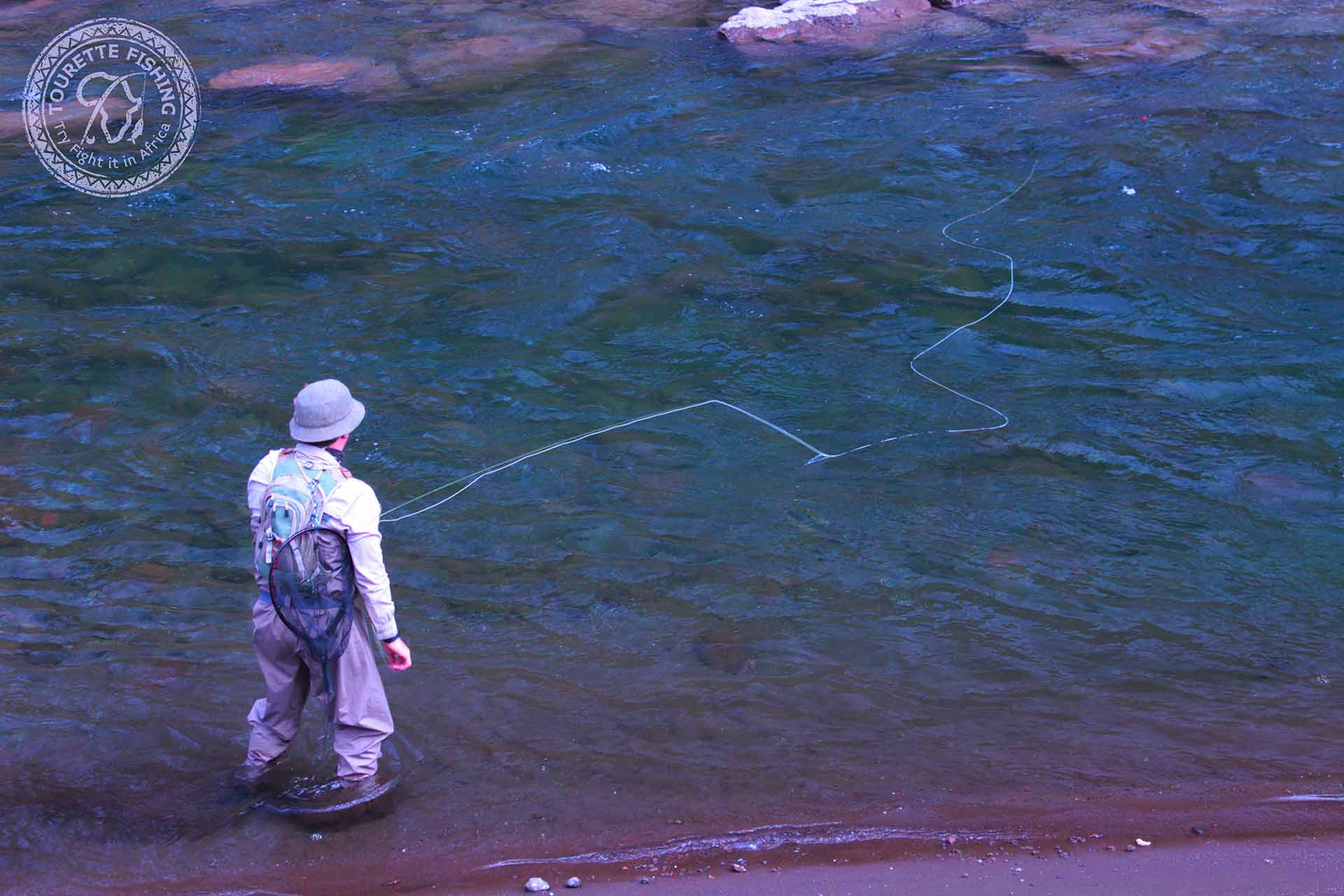