As fishermen we are always in the hands of Mother Nature, who can be a cruel mistress sometimes. Point and case being the ongoing drought that is crippling fisheries all over our country and when the elements are against us, there is only one thing left to do. Fish harder! This was the case with our fourth group of the trout season; Jason and Owen were the first to arrive at the Makhangoa Community Camp, followed by Ralph Ryrie and his mates Ralph Milton, Rynard and Garth all of them in search of some monster Lesotho trout. 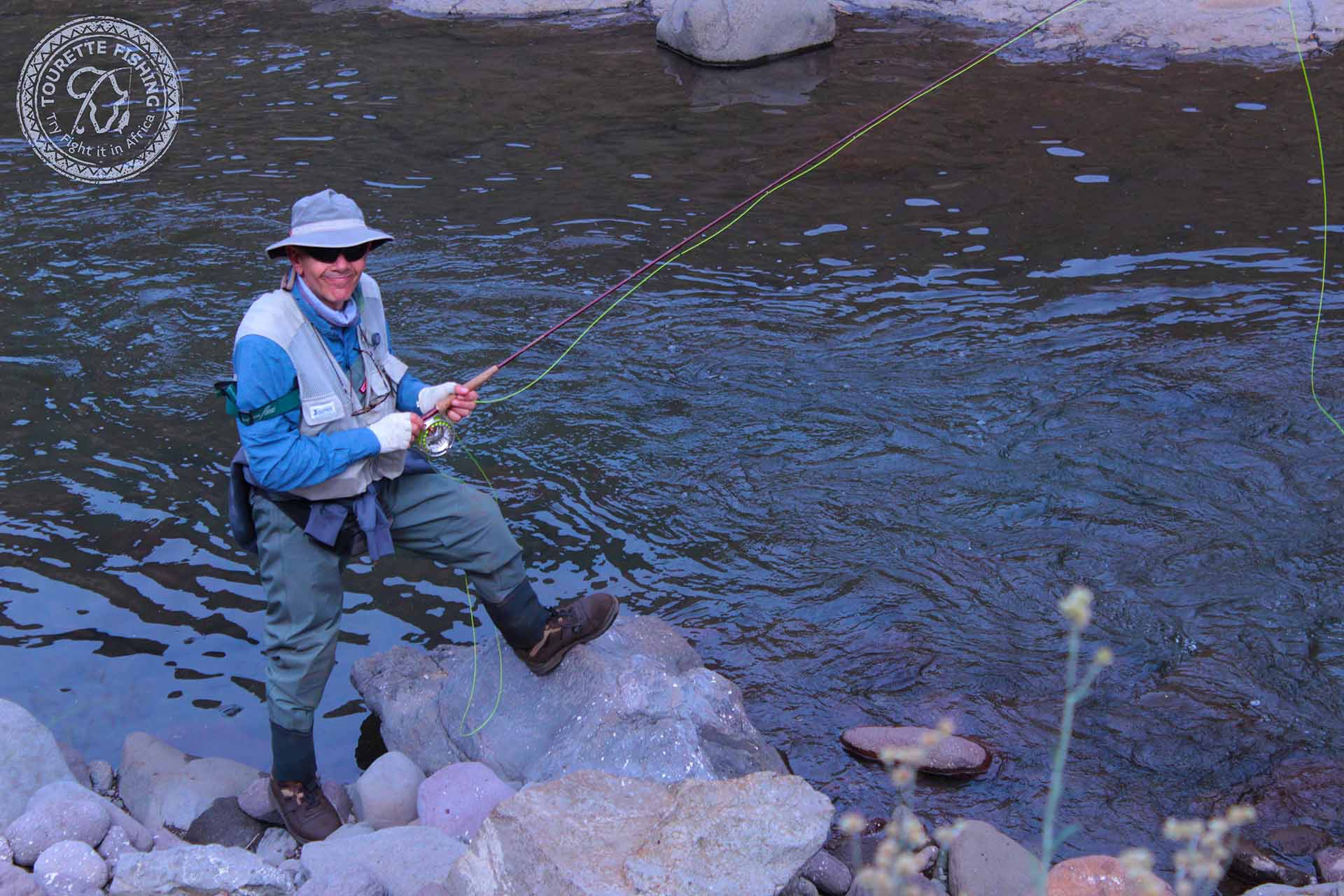 It was by no means an easy trip as there had been no rain for two weeks and the heavy demand on the Katse Dam had force the level to drop much too low for the trout to migrate upstream, but they were determined to catch some fish and so they did. As usual, the first day was a slow one. Everybody was paddling around like drunken ducks trying to get used to casting from float tubes and getting to know the water. Once muscle memory kicked in and they found their casting rhythm things got going and the fish became more compliant. Owen was quick to strike and got stuck into some lovely rainbow trout in the estuary.

On the second day everybody was determined to pick up their numbers, especially Ralph R. who was making a killing on a green Woolly Bugger with an orange hot head. – It is funny how faith in a fly can change the way we fish it, just a little confidence can change an average fly into a favourite.- Needless to say, the others soon started catching fish on the same Woolly Buggers too. That evening many fishy stories were swapped around the fire and it was all smiles in camp. 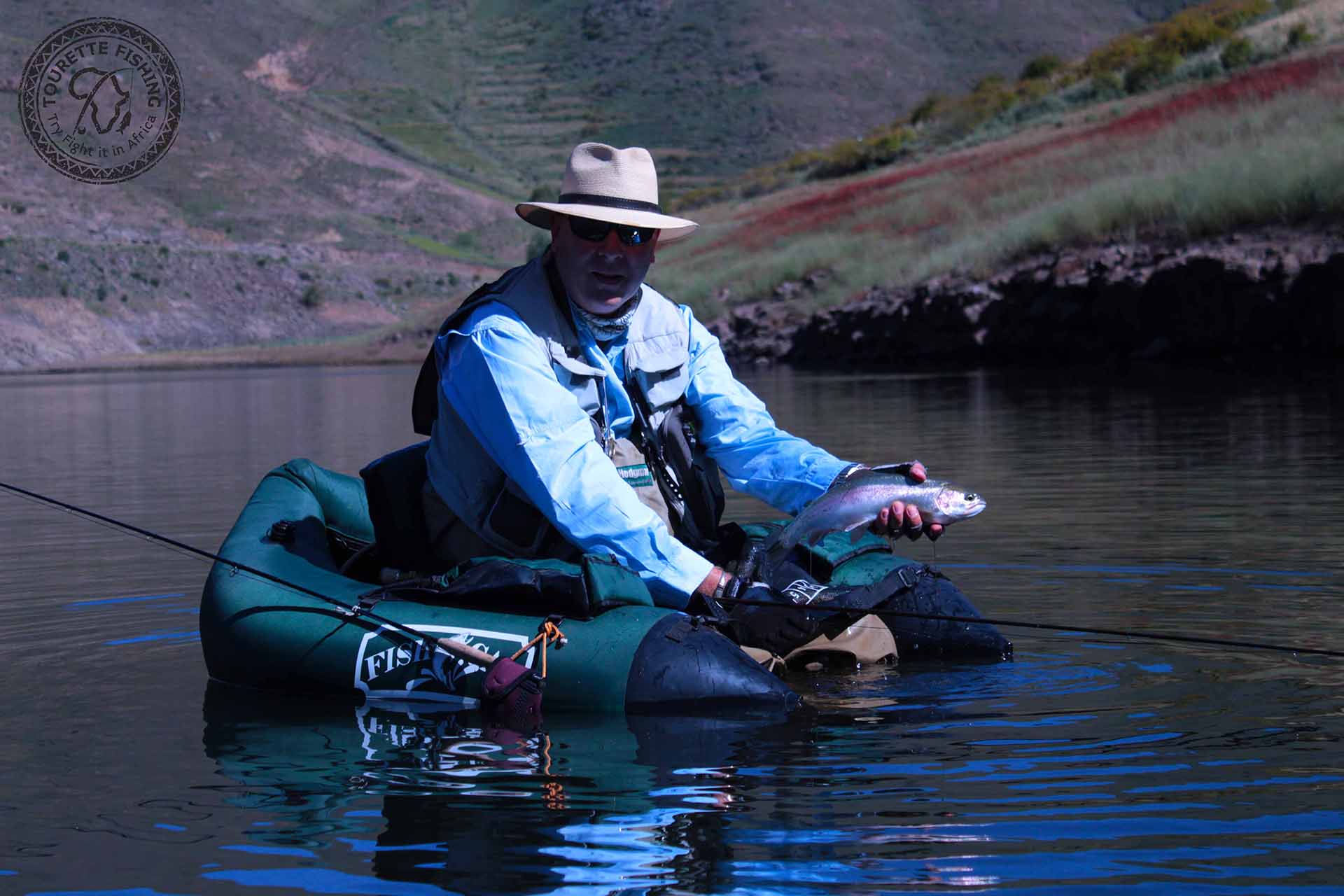 It is never fun to see fish die, but every now and again one doesn’t revive properly. This happened to a smallish trout that Owen caught so he brought it back to camp so that we could make a trout dinner. We checked the stomach contents to see what this little chap had been eating and what we found was rather unusual. First there was a piece of wood the size of a thumb half way down its throat as well as an awkwardly large piece of polystyrene. No wonder it was in bad health. This proves two things; one, a trout will eat just about anything that looks like food and two, that we must make an active effort to keep the waters that we fish pristine and clean up after ourselves. We were not going to let this over eager trout go to waste so it went straight to the Weber for cold smoking and it turned into a world class meal.

The next day they were all fishing with much more determination, despite the increasingly difficult conditions. Jason had good fortune, not only did he manage so deceive a couple of trout, he also fooled some mudfish and a very decent yellow fish. It was a good day all round until the mother of all winds pushed us off the water.

Determination paid off for these gents, who stuck it out in gale force winds and low water conditions. They surely picked the fruits of their labour. Next year we will see you fellas again for the yellow fish season and more favorable river conditions, but until then, tight loops and thanks for the visit. 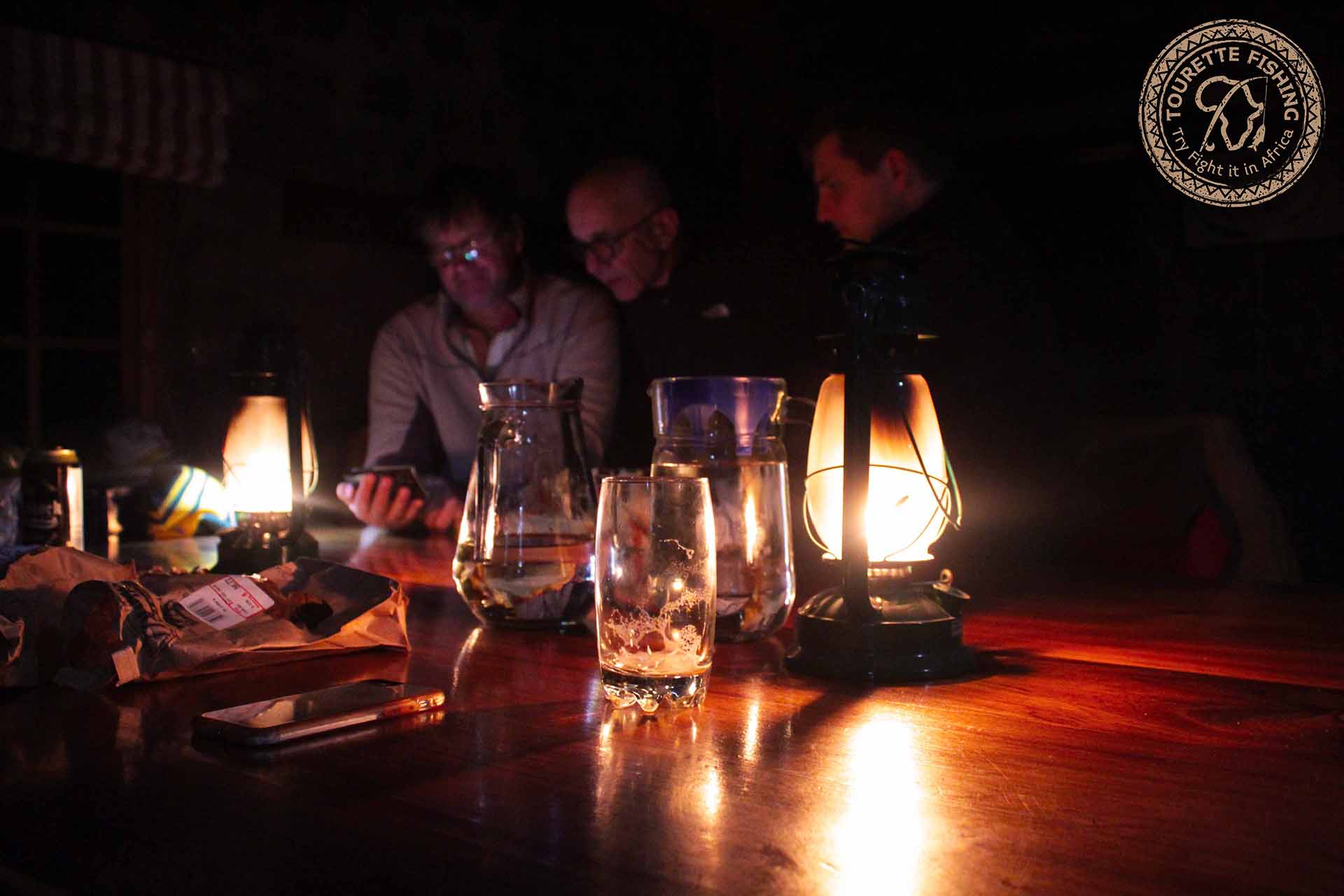