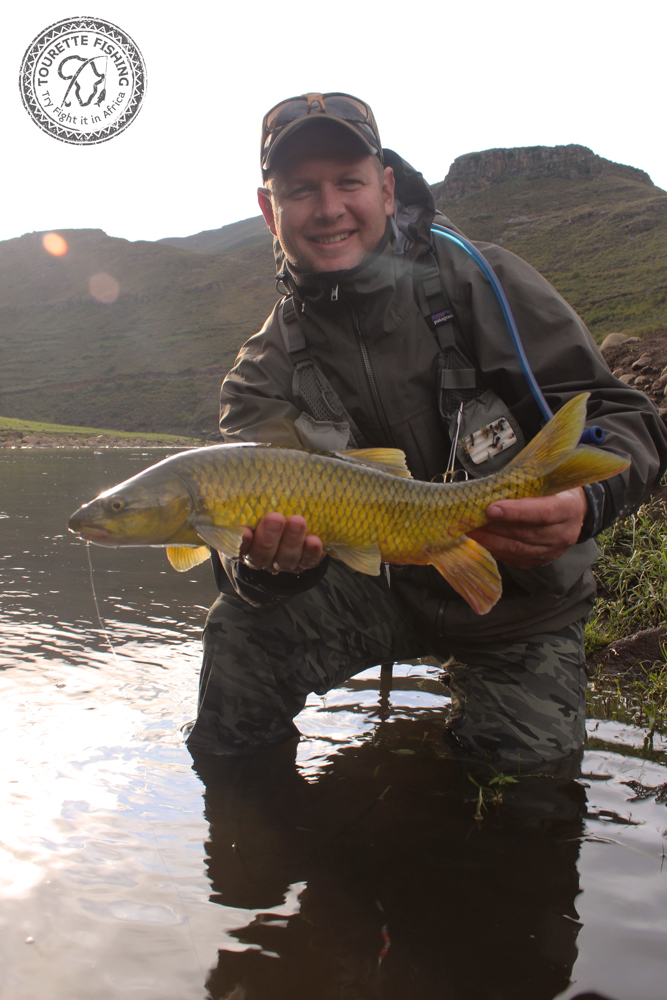 The times they are changing. And so is the weather, luckily for the better. After what has been the worst drought in the last 100 years, El-nino finally started losing its grip on the Lesotho highlands, and with the rolling thunder came the first big rains in all their glory. With a well restored Bokong river, thousands of Yellow fish started their delayed, but epic, migration up river for their summer residence.

The group from our good friends at FlyCastaway travelled from Jo’burg to be in the camp. The group consisting of Pat, Tom, Andrew, Riaan, Brent and Jean, timed it to perfection, and rolled into the hills just as the Bokong reached optimal conditions. Shortly after their arrival everybody had stuck some hard fighting yellows, with Pat landing a solid six pounder. To end off a good first day on the water we had a braai of epic proportions. 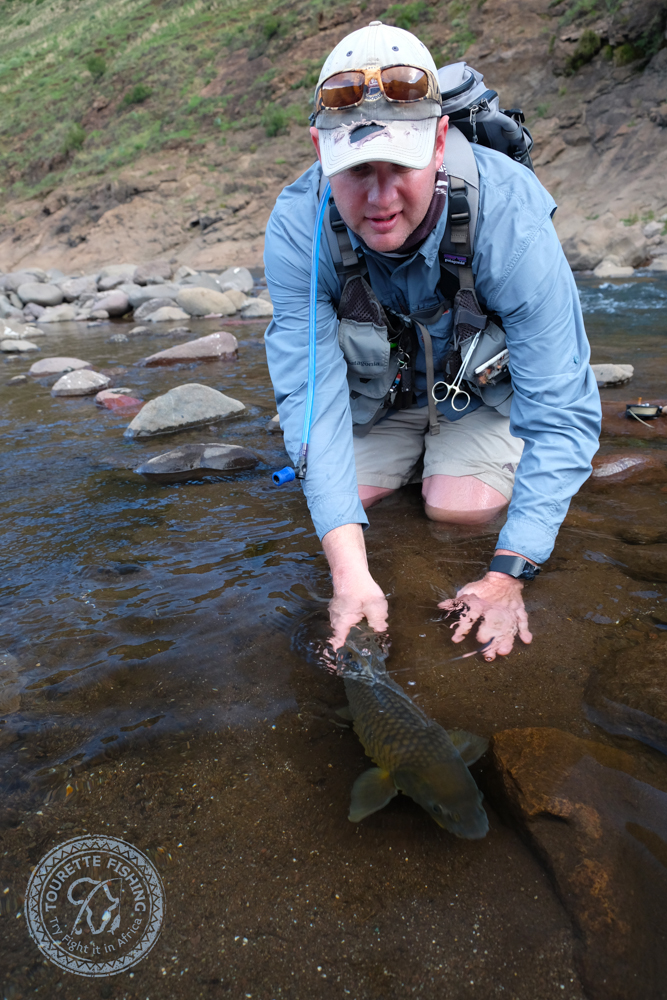 What Lesotho is all about. Big yellows in gin clear water

On day two we worked the top end of beat one and beat two, where many fish came up to the dry fly without hesitation in the golden morning light. It wasn’t long before the weather turned and Tom resorted to fishing nymphs in the head of Ed’s pool where he proceeded to land a small truck load of fish. If it wasn’t for the lighting he would probably still be fishing there. Luckily the weather broke, and allowed us to squeeze in an afternoon session before retiring to camp for some home-made gourmet beef burgers.

On the third day it was time for us explore the spectacular and equally challenging third beat. Brent was quick to pick a few good yellows from some fast flowing pocket water. While we headed up stream onto the very skinny and challenging Skate-park section, Stu and the other chaps worked their magic on the crystal clear runs at the end of beat two. Skate-park was challenging, but Pat accepted that challenge with open arms and fooled some fish into eating his ‘firetruck ant’. Heavy weather pushed us back to camp, but it was not long before we braved the cold and wet to go bash more Yellows. Between Tom, Pat and Jean almost every fish in Diepgat was caught, measured and released to fight another day. 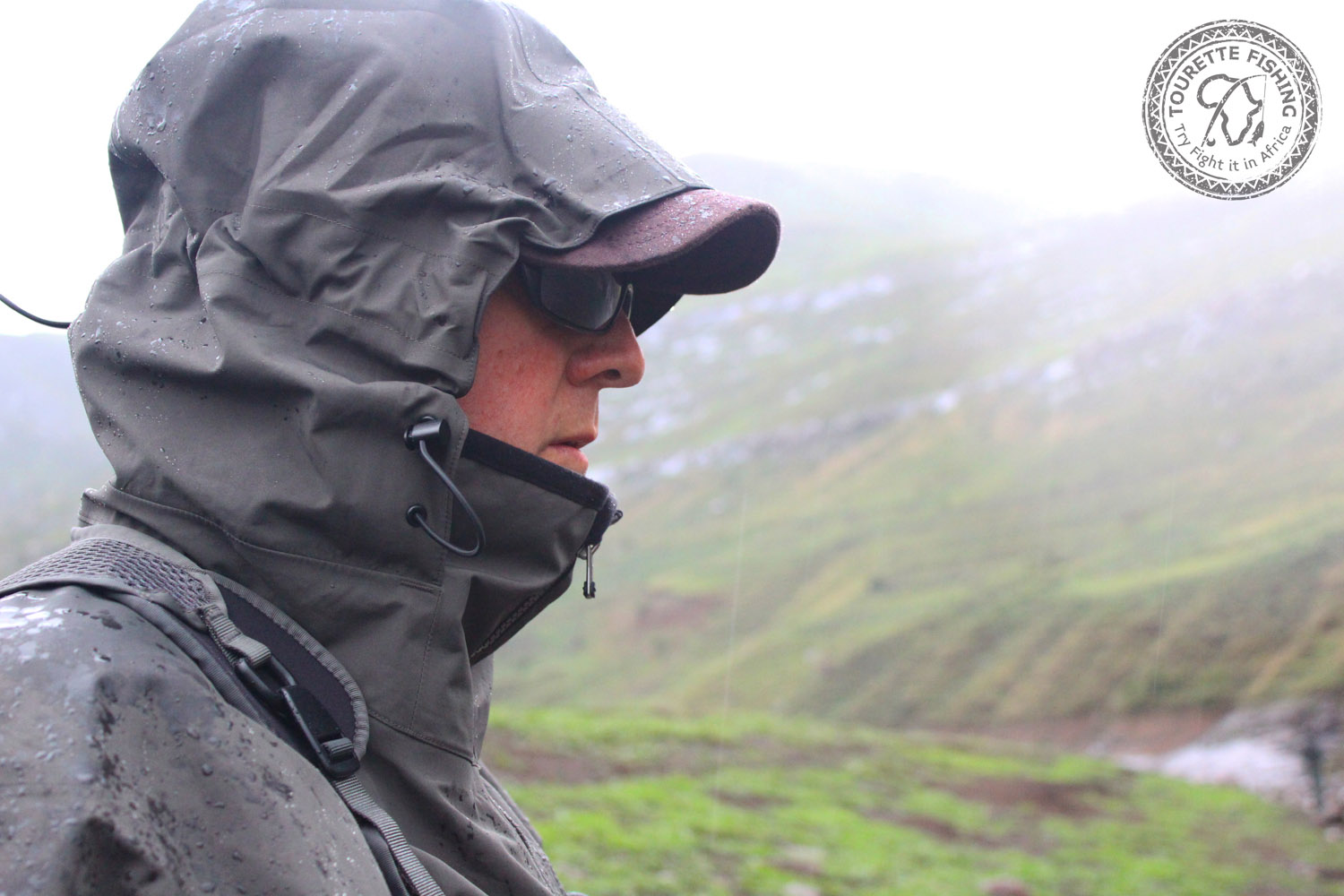 This would normally be a bleak sight, but any rain is welcome to try and relieve the terrible drought

We woke up to a chocolate river on day four, but this didn’t stop this ever optimistic group from trying. We nearly hiked off the map to find clearer water but in the end Mother Nature won this round, and who can complain about too much rain after such a prolonged drought! After a burning hike back to camp, the guys had a beer or two, recharged their batteries, and headed back onto the water for the afternoon session. Fishing until the lure of dinner had everyone back in camp. Three roasted chickens later, and the struggle of the long day out battling the elements was long forgotten. It was a great end to wonderful trip.

They came, they saw and they conquered the mighty Bokong River and its wild Yellow fish. Well done to a great group of guys who fished like champs and who were rewarded with champion fish! Hope to see you again soon

All the best from the Makhangoa Community Camp