Over the last week the fishing in Lesotho was slow, with pressure of the summer drought is taking its toll on this world-class fishery. There is no need to sugar-coat it, conditions are very tough and without some serious changes in the weather, these conditions are unlikely to improve by the end of this season in May. Despite this bleak picture that I am painting, there were some real highlights for the last two groups. It was a week of personal bests for our guests. And, word on the street is that rains should be back to normal this coming summer, so we are almost through the worst of it. Neil and Jeremy were the first to cash in on the riches of the Katse Dam. In general they had some slow fishing sessions on the estuary, the fish were not smashing large streamers like they did the weeks before. The tactics had to change. Neil was determined to crack the code so he tried just about everything from baitfish to buzzers, but in the end the trusty old bloodworm did the trick. Neil fished it statically below an indicator and it got swallowed by a brute of a rainbow trout that tipped the scale at 9lb. This slab of a fish was released in good health after a quick photo and is lurking in the deep waters of the estuary once again. 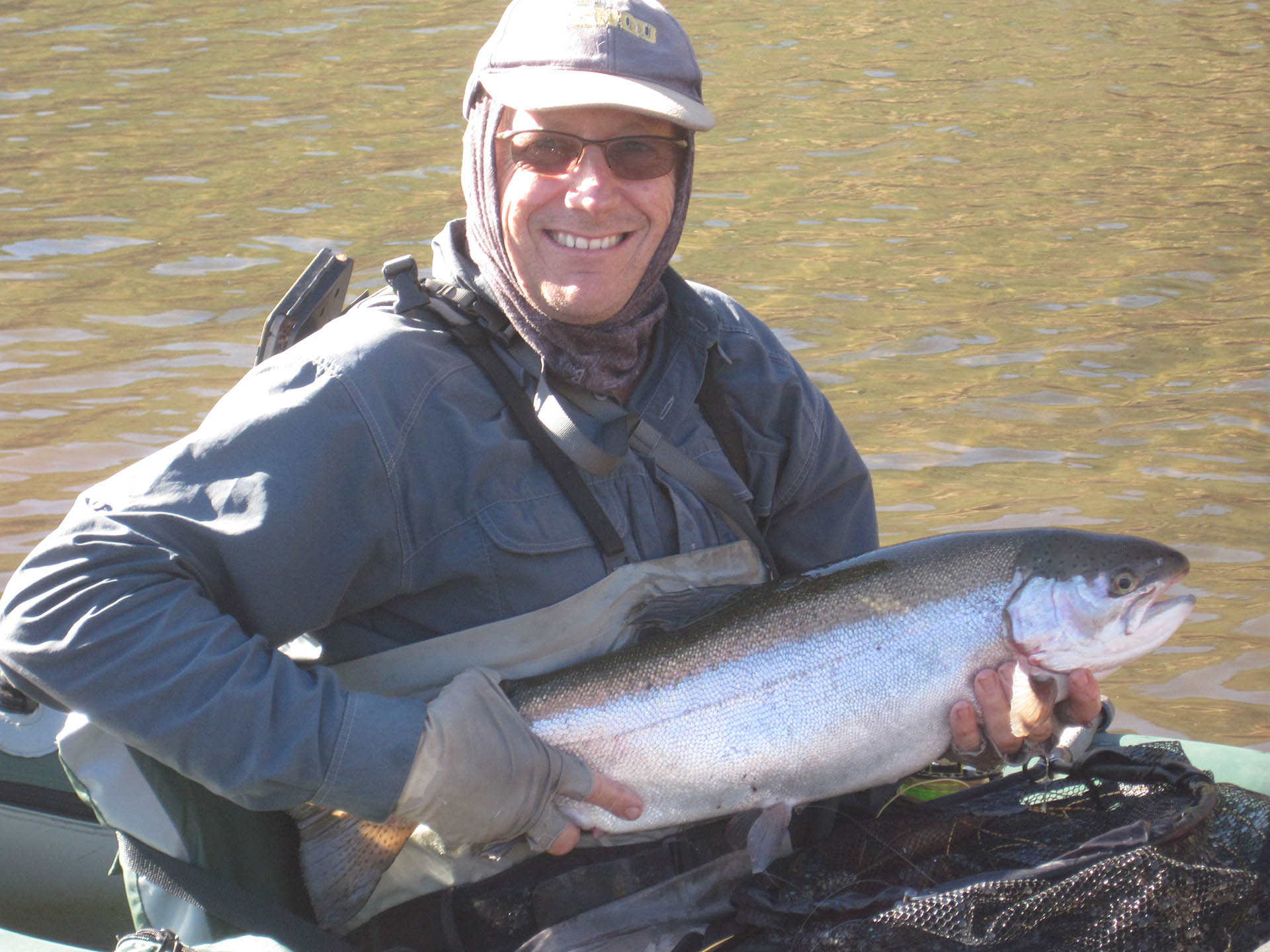 On their next session it was Jeremy’s turn to fool the fish. The fish were no longer interested in tiny flies, but were feeding on larger prey again. With a large black SF Minnow, Jeremy succeeded in landing a couple of lovely fish, they weren’t anywhere near 9lb but it was good enough to put a smile on his face. Neil and Jeremy left in good spirits and have already made plans to return next season.

Cobus and his wife Jil came all the way from Maun, in Botswana, to tame the trout. Cobus was keen to catch a new personal best river fish and I was keen to give him the chance to do so. They had a fruitless first session on the estuary so we decided to head out to the Malibamatsu River the next morning. A recent landslide had changed the river drastically and some of the finest pools were silted up, but luckily the plunge pool below the dam wall was still as good as always. Jil was struggling to cast her setup so Cobus offered to give her his rod to fish with and as he was stripping his line back to hand her the rod a river fish of note attached itself to the other end of the line. It was a 5lb rainbow trout that nearly pulled the rod out of Cobus’ hands. It was by far the best river trout that he had ever caught; it was in perfect condition, beautifully marked and a wild as can be. A personal best in all aspects. 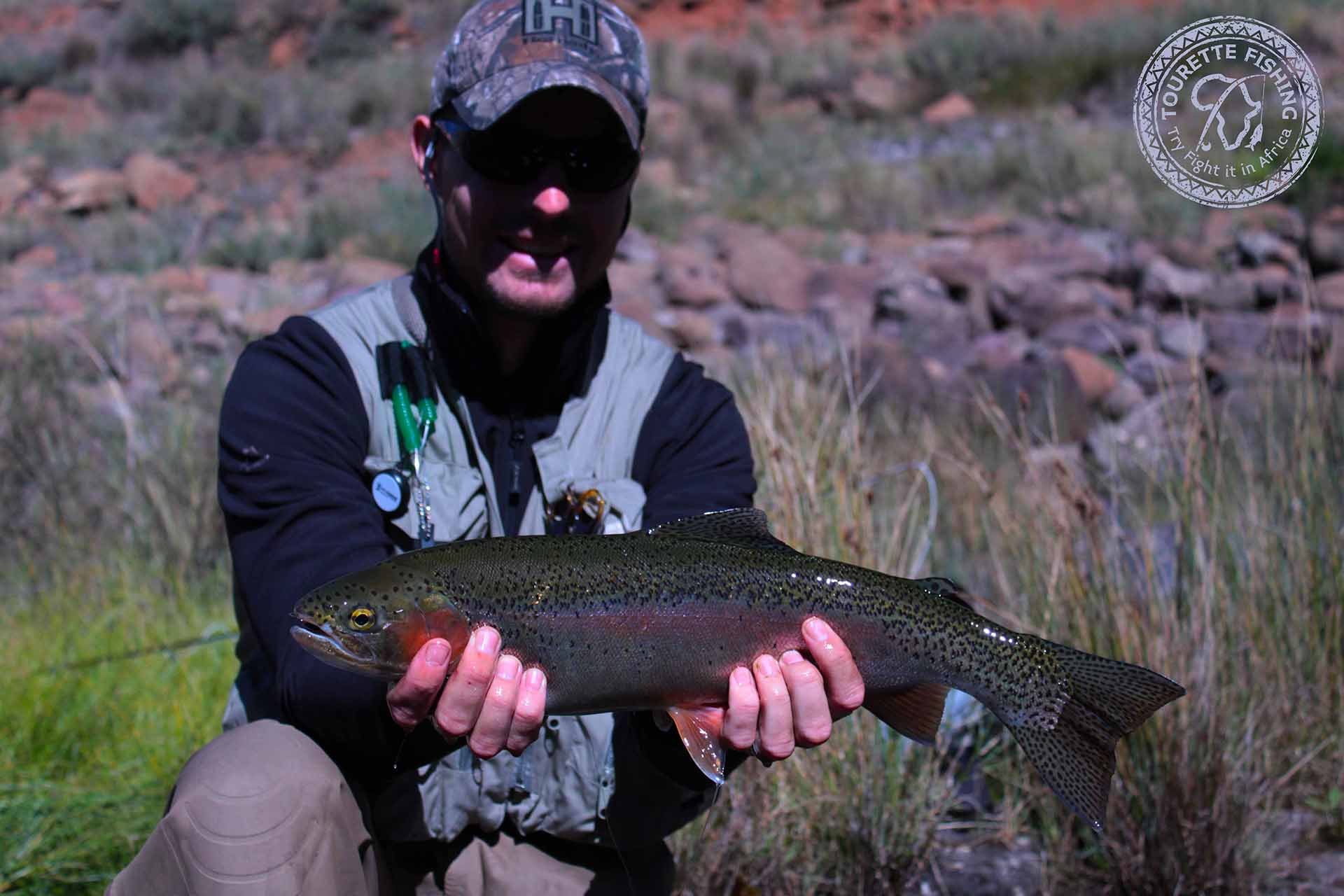 After a lunch at Katse lodge we were back on the river and worked our way downstream. There were hundreds of juvenile trout and it wasn’t long before Jil landed her first fish on the fly. It was a proud moment for both husband and wife. We continued to fish until the last light faded and the cold drove us back to the car. They caught more fish than they care to remember and fish so big that they will never forget. 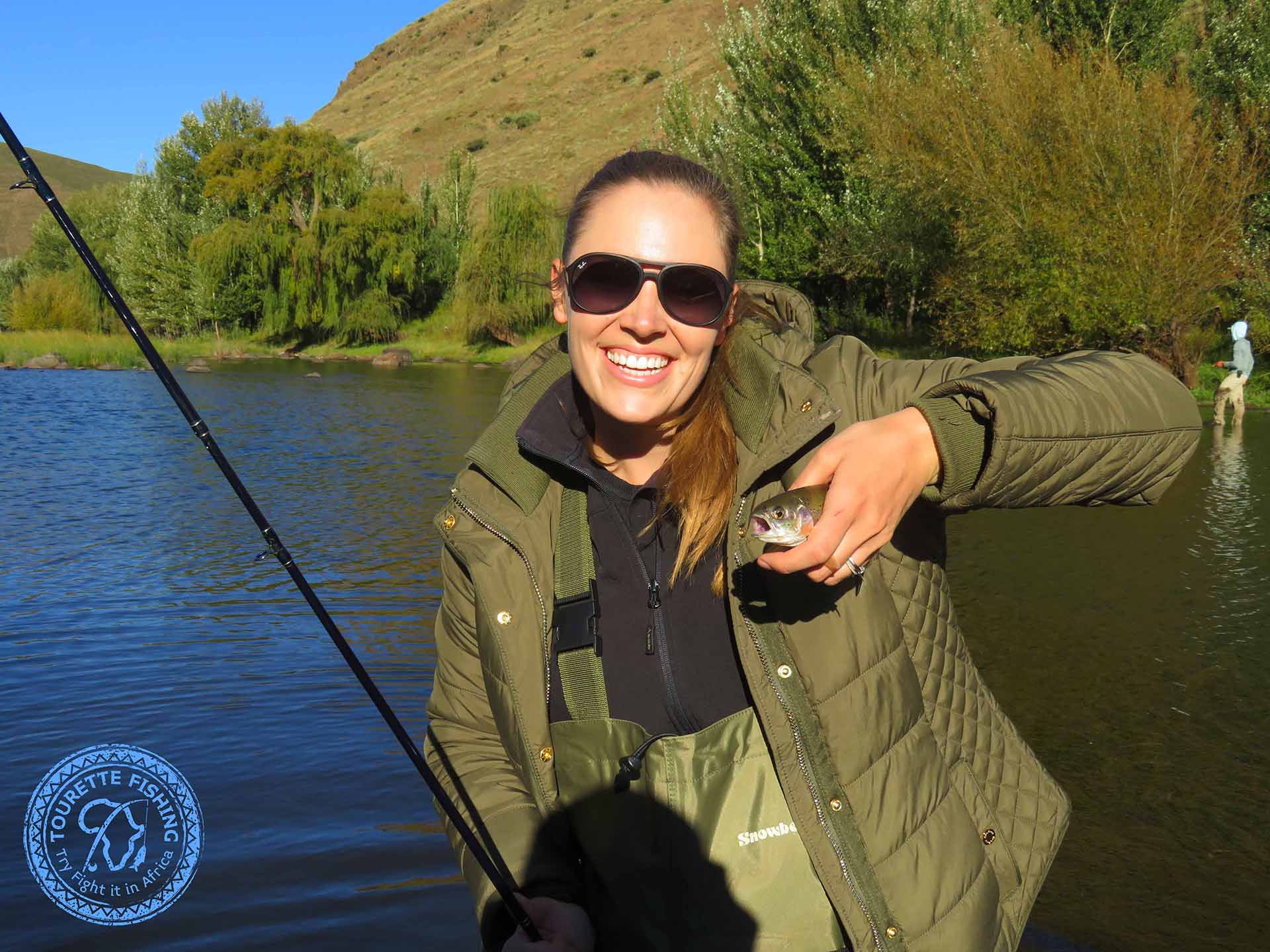 To them the highlands of Lesotho will remain a place of firsts and personal bests for a long time to come. 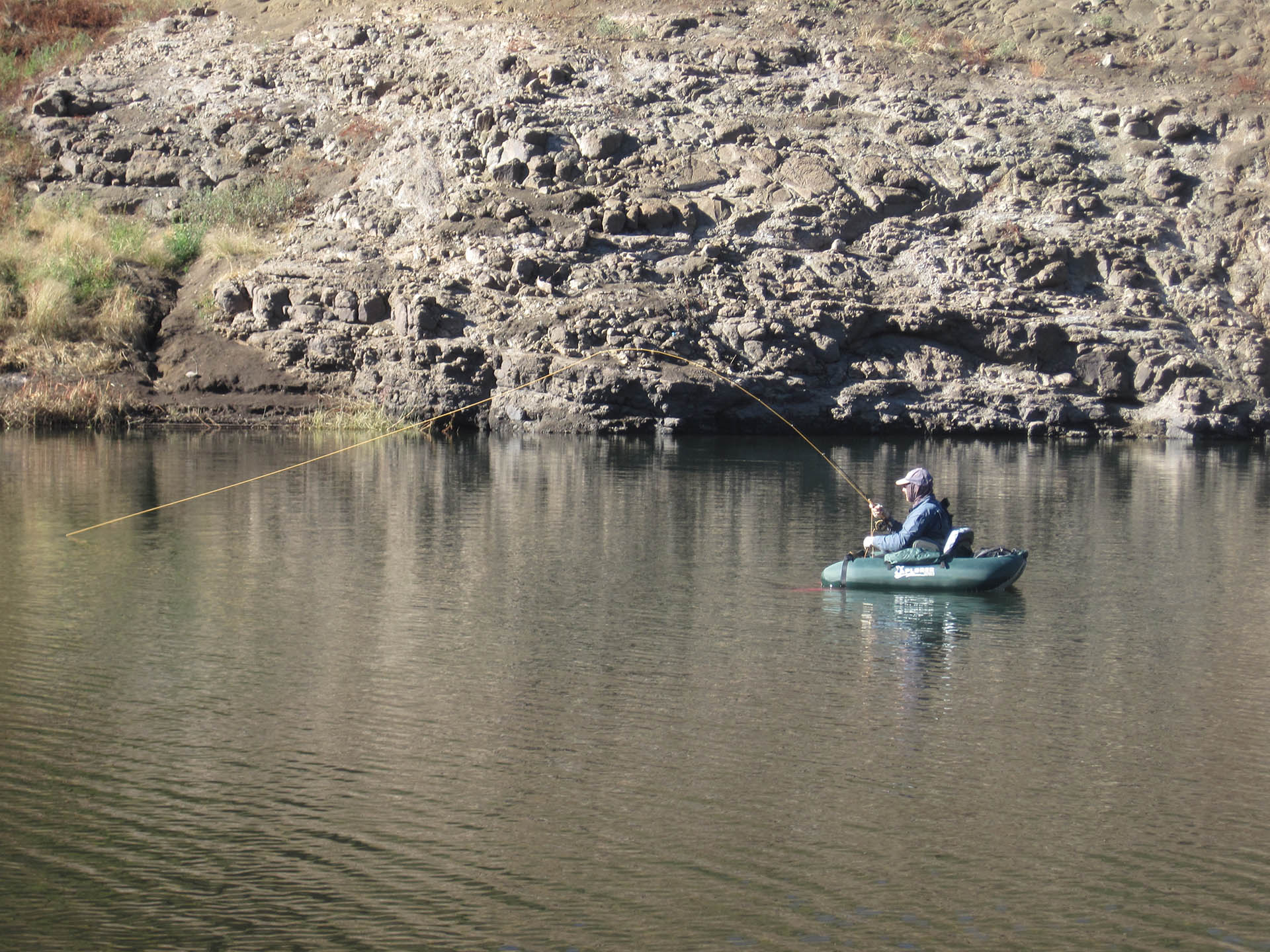