After weeks of building roofs, installing new solar batteries and other maintenance to ensure the camp was in tip top shape, we eagerly awaited the arrival of the first guests for the season. A white Fortuna rolled up the Bokong valley carrying Stu, Andrew, Nick (aka Honest Bob), Dale and a boot well equipped. A quick meet and greet was followed by the four of them heading down for an evening fish.

The first session of day 2 started just above the Makhangoa Village, where fishing was a bit tough with the water level still needing to rise somewhat, however, a little patience and some good sight fishing ended up with a handful of healthy yellows being landed. Honest Bob was unfortunately not among those on the scoreboard which lead to a long lunch for him. As the fish seemed to have not pushed through in their numbers, the afternoon was spent at the lower reaches of the Bokong, near the vast Katse Dam.

Nick positioned himself at the tail end of a large pool, where fish could be spotted moving restlessly in the riffles. A few well directed casts and a couple of refusals built up to a very intense smash of the Balbyter, resulting in a singing reel. Once netted, echos of joy and relief filled the endless valleys of Lesotho as Honest Bob found himself on the scoreboard. This was followed by another fish just a few minutes later. When it rains it pours and on that note we were chased of the water by a massive electrical storm.

The strong rains continued sporadically throughout the night and we awoke to a chocolate coloured river and feared the worst for the final day. Fortunately the mighty Bokong offers kilometres of river, so it was decided that we would head up to the higher beats in search of cleaner water. After a short drive and a hike on the N1 donkey trail, we found ourselves with some better looking conditions. Second cast and it was confirmed that we had found the fish that were brave enough to push high early season. The manne got stuck into nice fish throughout the day is some skinny water. Stu was unlucky to miss a Brown on a dry but manage to sift a yellow out the same run making it bitter sweat. The spirits were high that evening as a potential disaster ended up being a cracking day of fishing!

There were a couple of glum faces on Monday morning when they had to depart. I think Stu even considered cancelling his flight to Dublin that night just to fit in one more session. It was a great way to kick off the season with a lekker bunch of people! 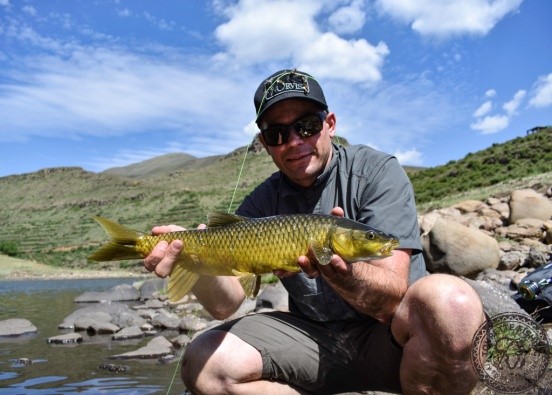 Stu with the first Bokong Yellow of the trip 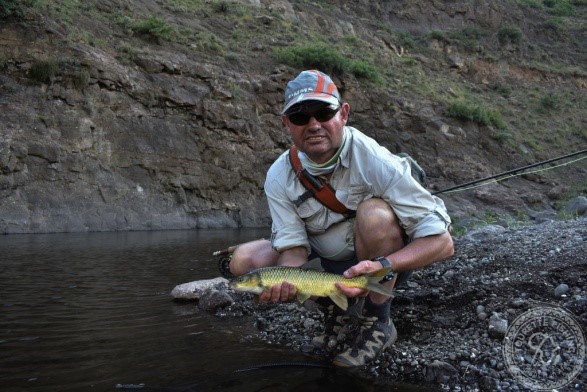 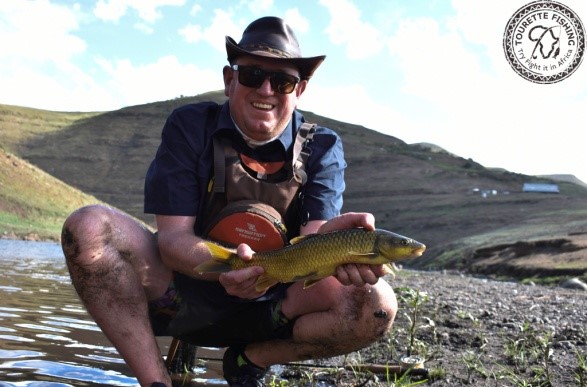 Nick breaking the duck; his face is worth a thousand words! These fish are awesome. 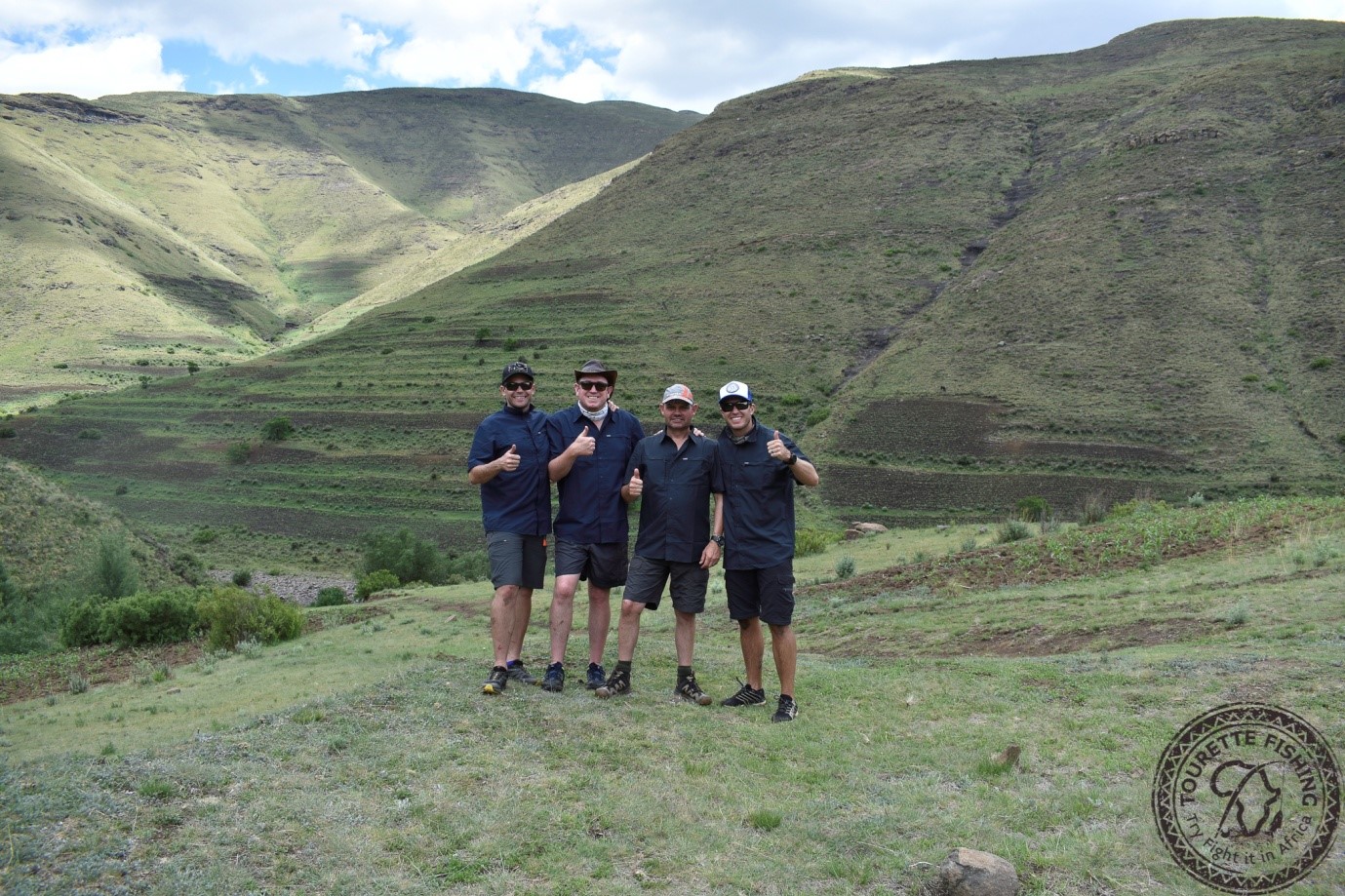