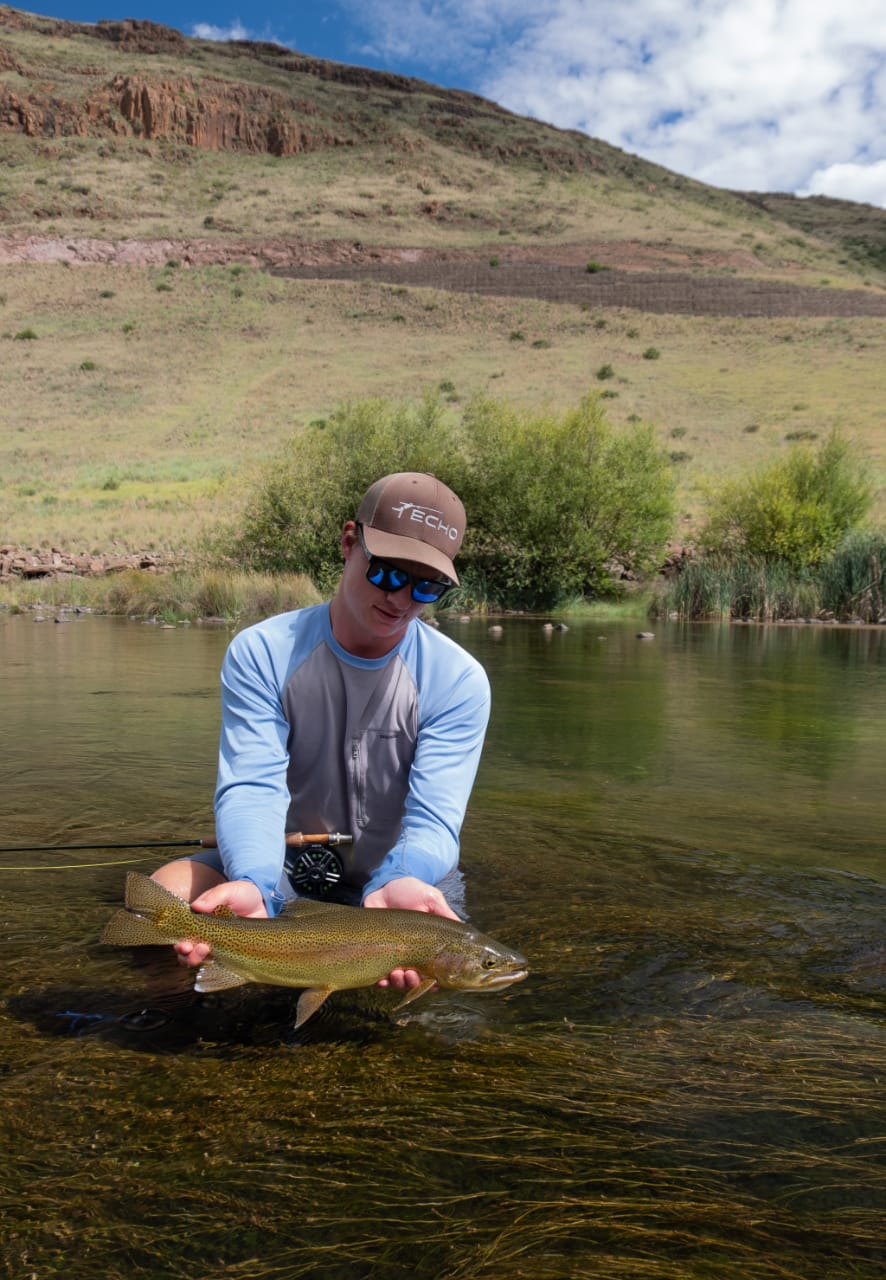 Due to an unforeseen gap in our schedule, us guides were encouraged to do some exploring of new water as well as going twenty plus kilometers up river in order to prepare for the upcoming treks. We didn’t need to be asked twice as we do not get too many opportunities to fish ourselves, especially up river.

Brent and I, on the first afternoon, decided to go check out some new water and the feedback was incredibly positive. Sight fishing to trophy Rainbows and Browns as well as a few yellows was special. Brent and I have actually seen a big Brown eat a snake that was trying to swim across on this section before so we knew what we were getting into. We both managed to pick up our personal best river Rainbows. The water reminds me a lot of the clips about New Zealand, as there are channels that the fish use as holding water between the wavy river grass. The fish there have not seen many flies in their life time so they very eager to come up on a dry! Some fish were so curious about us that they would come check you out from a meter away and then move off just a couple of meters, incredibly special experience.

The next morning, the two of us and David, our river ranger, packed our bags and donkeys for up river. The walk is a fairly long one but worth every step. The scenery up there is something that I really battle to put into words. Exceptional and untouched are a few words that come to mind. The water has a clarity that I have never experienced before, it takes on a light aqua blue color.

That first afternoon we decided to target Yellows and it was mind blowing. These fish have travelled over twenty kilometres and are now holding on the surface in the bubble line of these pristine pools, feeding happily and consistently. Put a dry in their direction and more times than not, they will feed with no commitment issues. Brent and I both landed our fair amount of fish but the manner in which we were sight fishing them was awesome. The power of the fish was as epic as ever and the one fish had Brento running all over the place and after a couple of tumbles in the long grass, he managed to land it in the pool below.

After a night at the first campsite and with some Yellows under the belt, we decided to target some big Browns for the morning session. I unfortunately butchered a very nice chance when I got a nice sized brown to come up to eat my dry on 6x tippet and after a few minutes, when I was just starting to bring him to the side, a final shake of the head sent my fly flying out of it’s mouth and left me cursing – but I guess that’s fishing. We saw 8 Browns over 20 inchs that morning but didn’t target them all as we did not want to put pressure on the system. We also saw something special; where a truly massive Brown, eight to ten pounds at least, had moved into another big Browns (about 6 pounds) territory and we watched them fight and chase each other for a good couple of minutes before the big one gave up and returned to her section of the pool.

That afternoon we decided to see how high the yellows had pushed up but the light ran out before the fish did, meaning that some of them have covered more than 30km. I wish that I could show everyone who comes here that top section, it was honestly a life changing experience for me and probably one of the best privileges one can have with a fly rod in hand.

Unfortunately the morning came for us to leave and make our way back down to camp. The Makhangoa Community Camp is a really special place and I appreciate it more every day I am here. 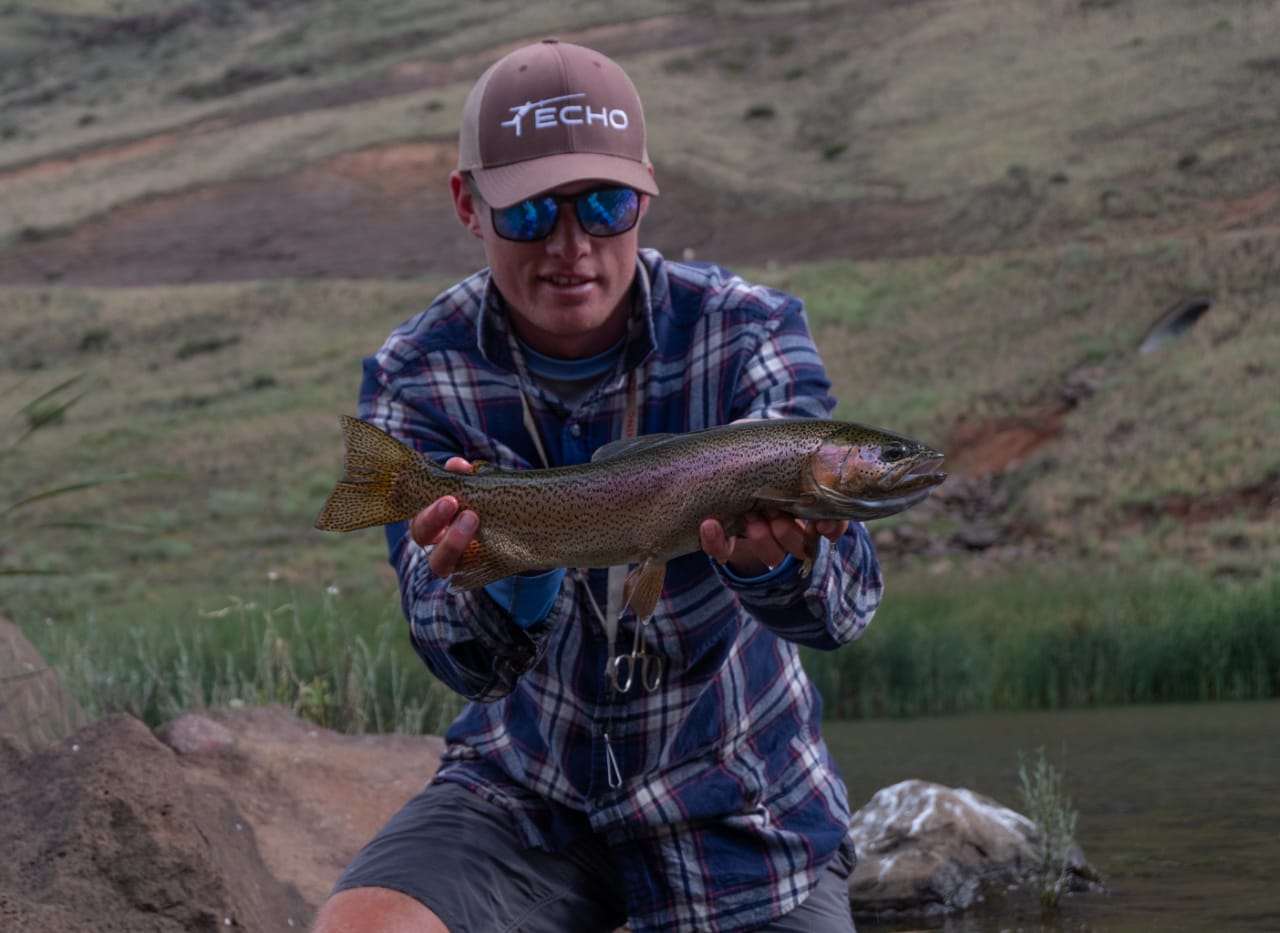 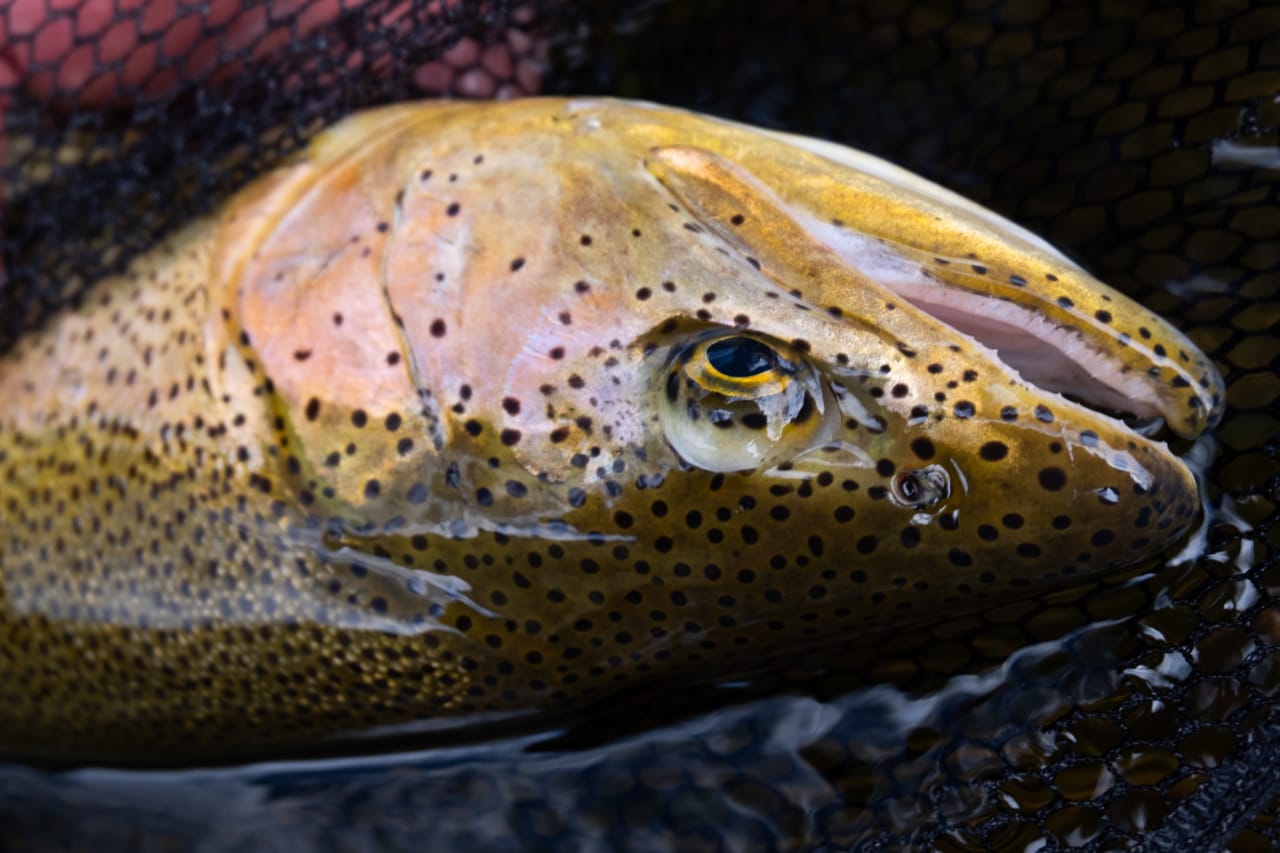 Could there be a more beautiful fish? 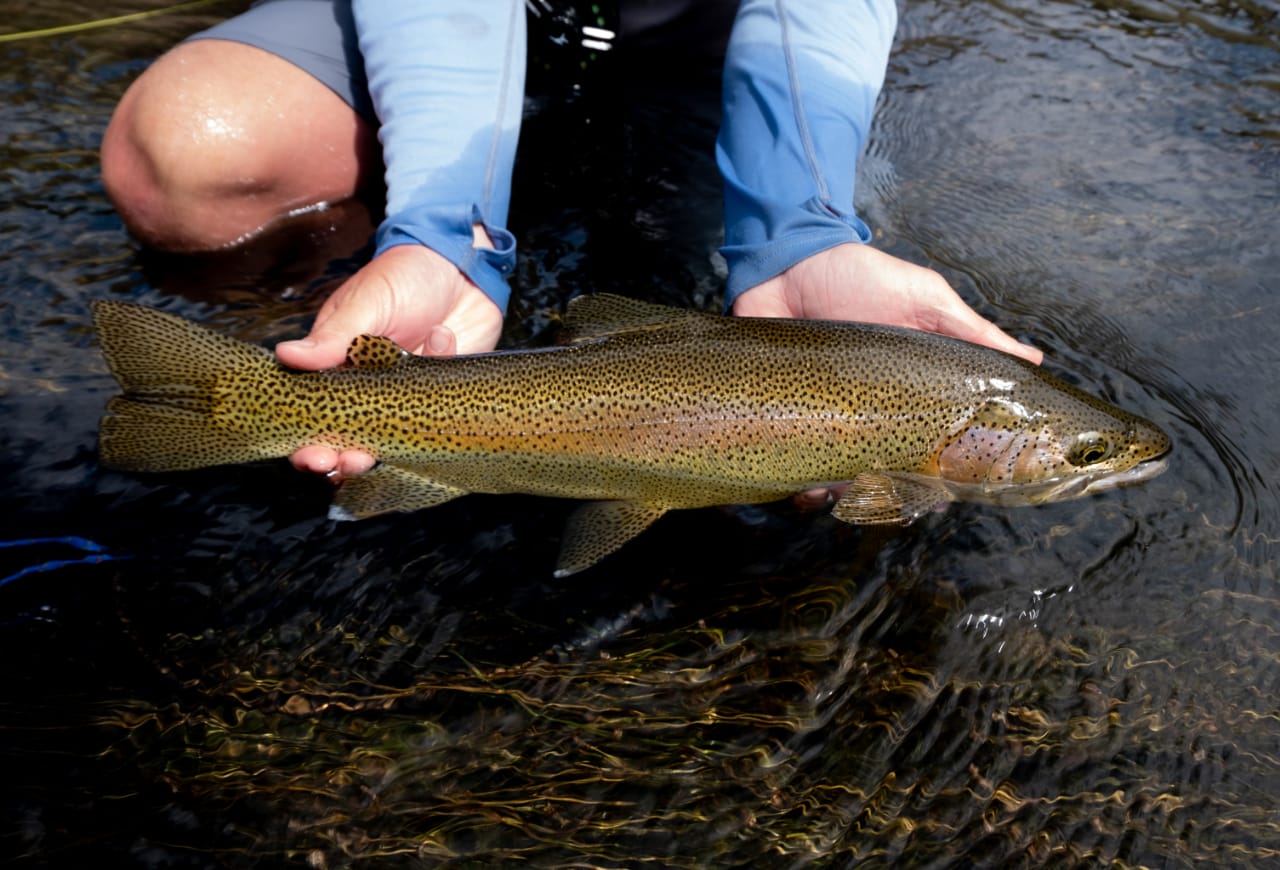 he colours on these fish was amazing. 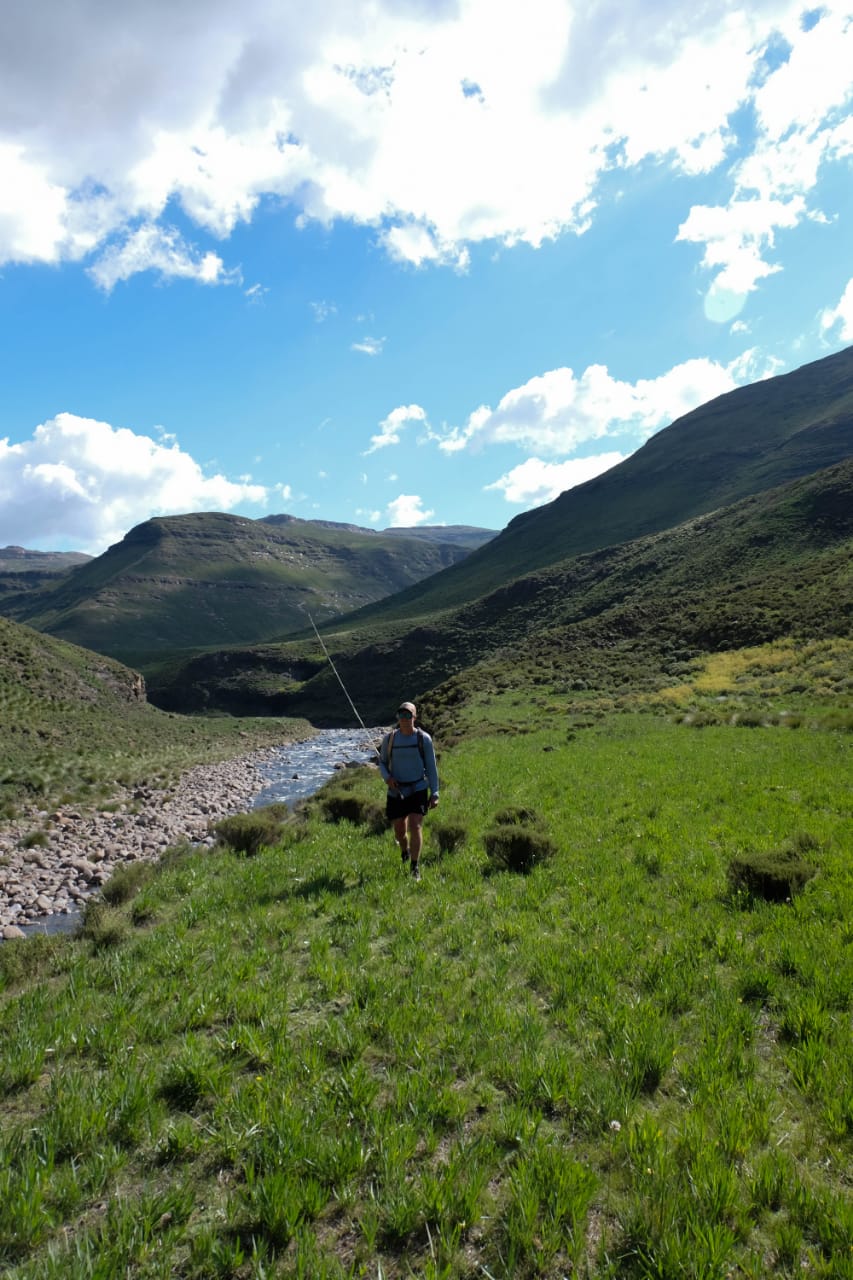 Heading to the upper Bokong 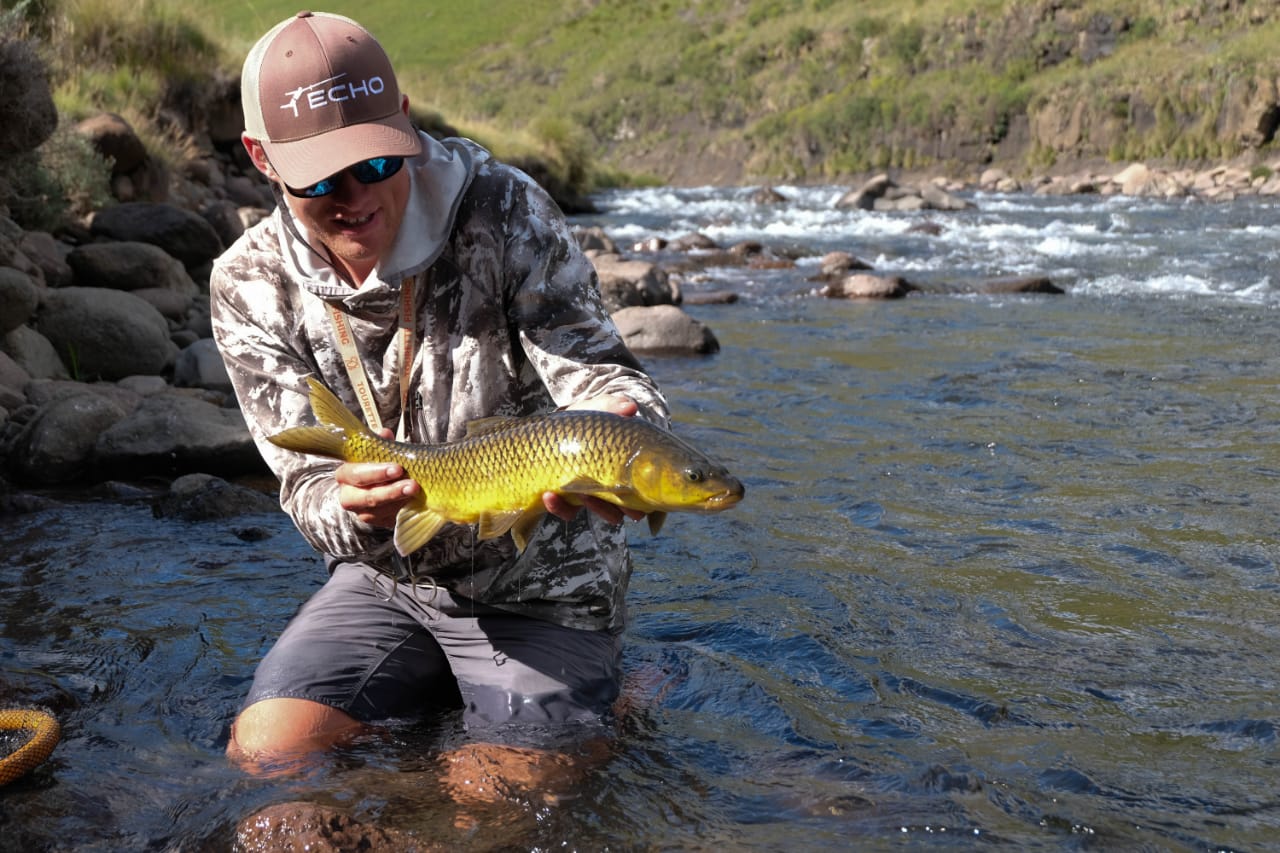 hunky yellows on the upper Bokong, eating terrestrials off the surface 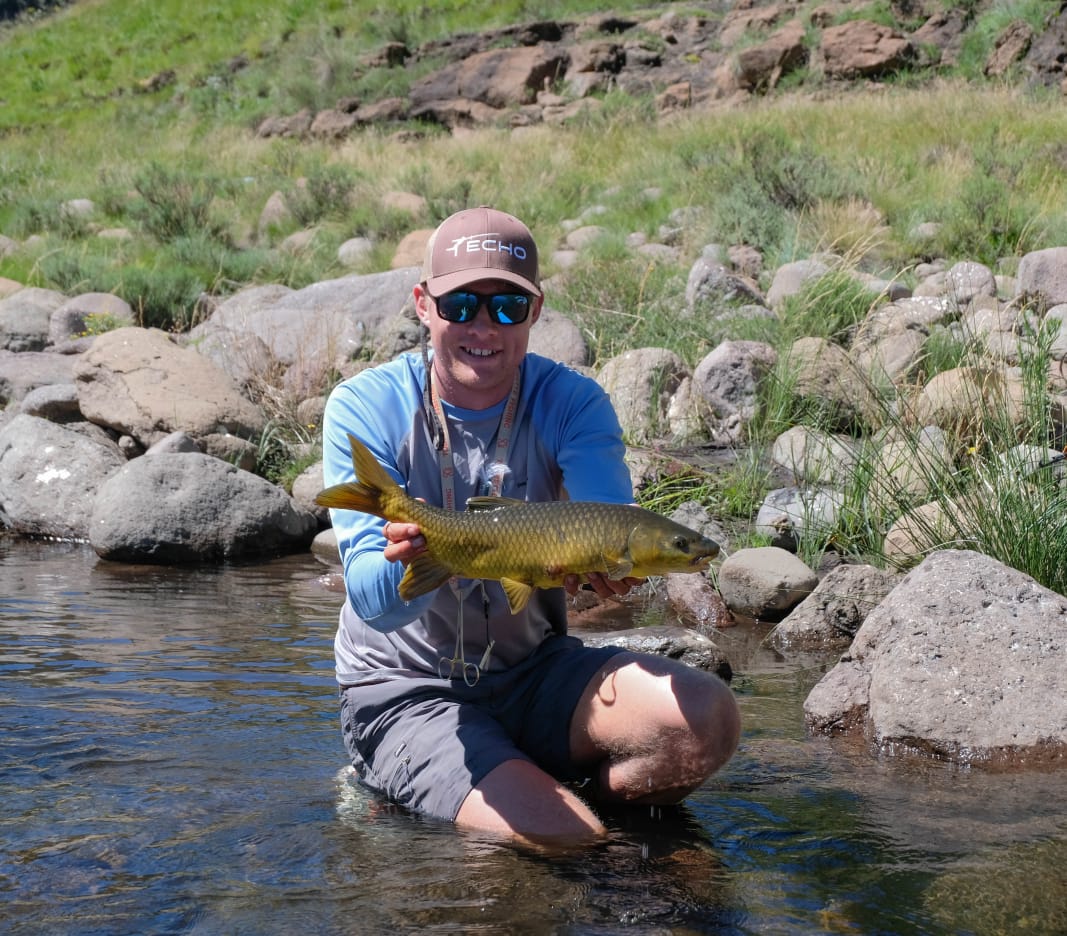