This week we were joined in the Kingdom of the Sky by returning guests Nishan and Dale, who also brought along his brother Jethro. They were joined by another returning guest from the States, Brian, who has had the privilege to fish pretty much every bucketlist destination in the world from Golden Dorado in Bolivia to sea run browns in the Rio Grande but yet he still puts the Bokong up there with all the best, and for this reason he brought along John for 9 days of fishing.

Unfortunately, our Prays have not been answered in terms of rain so the river

was still a bit low going into the week. The guests were still all very positive and they were rewarded for this. Although the fish were holding in their hundreds in the pools, they were a bit picky and fed in certain windows throughout the day. When these windows came along it would be mayhem and everyone got stuck into some good fish. John caught his first fish in Africa and said he was incredibly impressed with the power and turn of speed of the yellowfish.

On the South African’s final day, we were joined by Anne, from the office and she was very keen to snatch her first Yellow. She joined myself and Nishan while the others headed up to the higher beats. Nish got stuck into nice fish throughout the day but Anne was not so fortunate, until 4pm when Nish offered Anne his killer fly, which will be known as the niche as it managed to bring Anne her first Yellowfish. The landing of the fish was another story, as the reel had to be deconstructed and required maintenance mid-fight as an overwind had occurred but all that matters was that the fish made its way into the net. All the rest also had great success on a very beautiful stretch of the river.

As Dale, Jethro and Nish headed down the valley after a great trip, we were joined by another two Americans, Tom and Teressa, as well as returning guests Pat and his non-fishing wife, Marie Louise. Teressa was the big fisherman amongst the American couple and she had heard about the mighty Yellowfish from a friend in the States. I was fortunate enough to be there for her first Yellow and her beaming smile said it all. In the meantime, Brian and John were causing havoc for the big Yellows stuck in the pools. Brain’s average fish was coming in at 3 ponds and must have landed about ten fish over 5 pounds and he even managed 2 slams during his 9 days of fishing! Pat also managed a nice slam on his third day and landed a pig of a Yellow on his last day while his wife was enjoying the flowers and different bird species.

We really enjoyed showing off what Africa had to offer to the outsiders and everyone seemed blown away. It just makes us realize how privileged we are to have exclusive access to a system like the Bokong. If you haven’t had the chance to join us up here, then I highly recommend making a mission to this world-class fishery.

Until then, James, Brent, and James 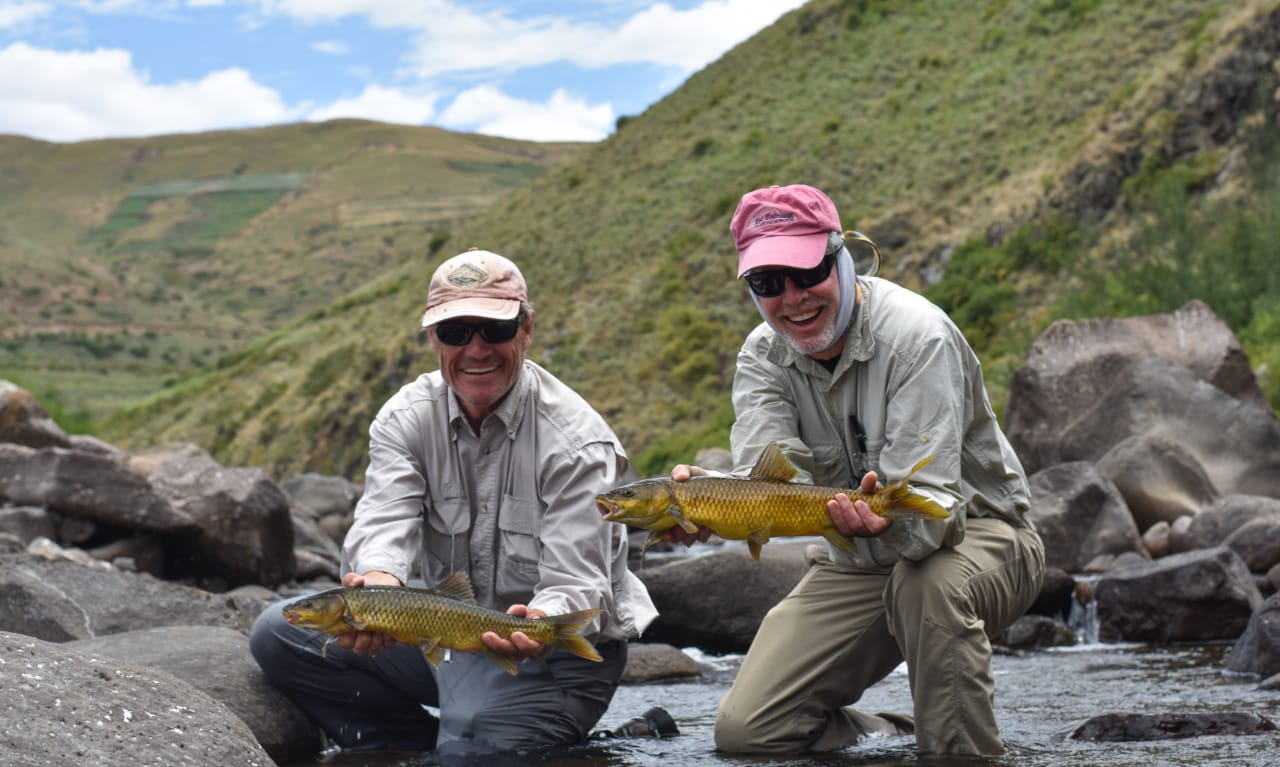 Brian and John enjoying some double up action on the Bokong River. Makhangoa Community Camp, Lesotho 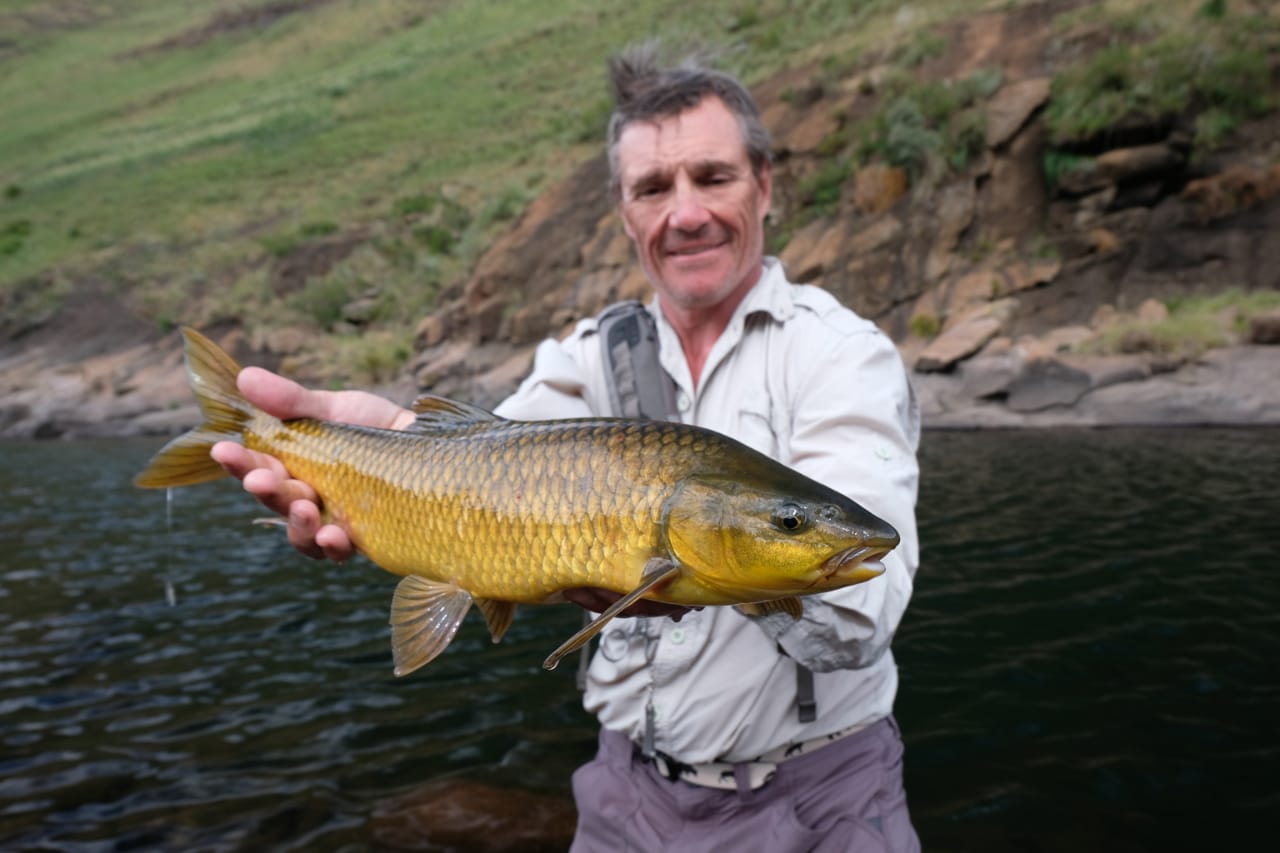 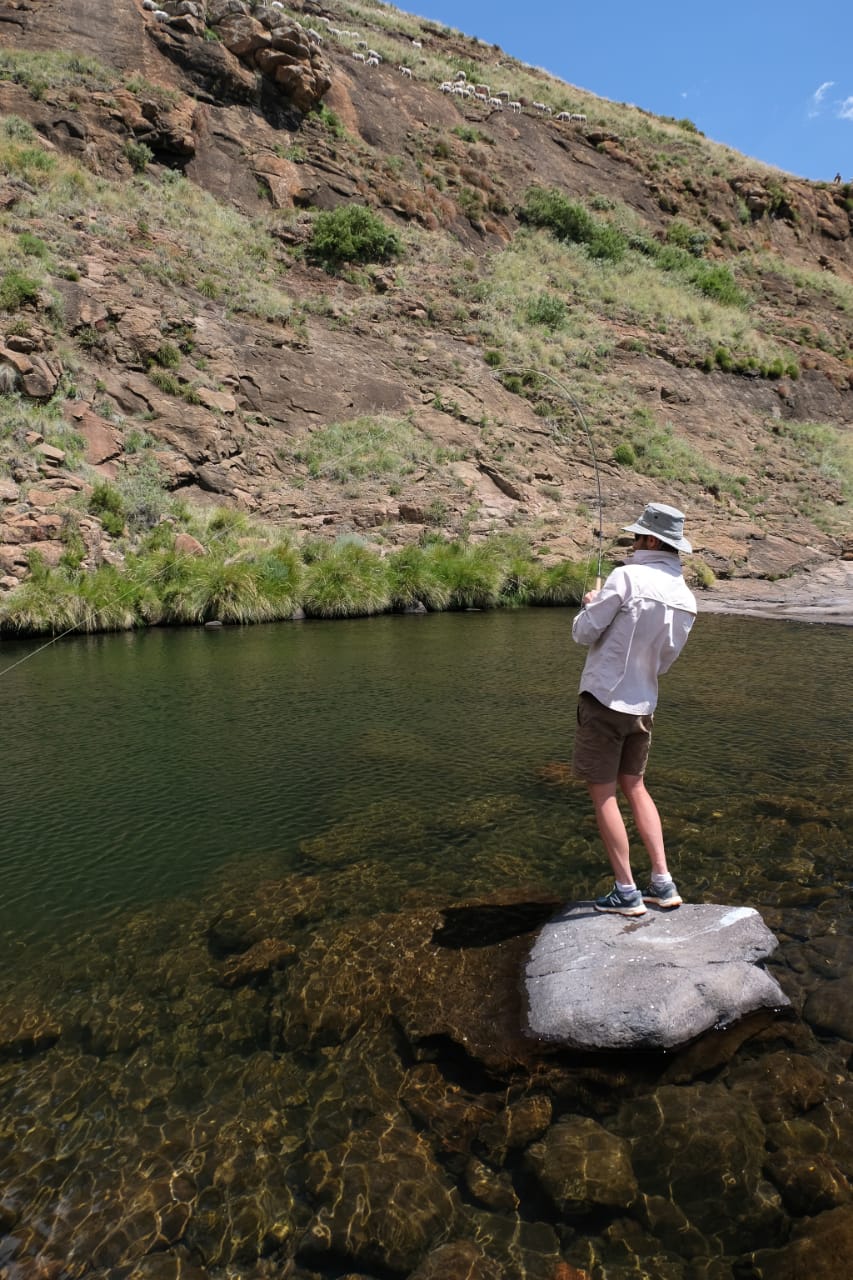 ethro into a hard fighting yellowfish on the Bokong River, MCC 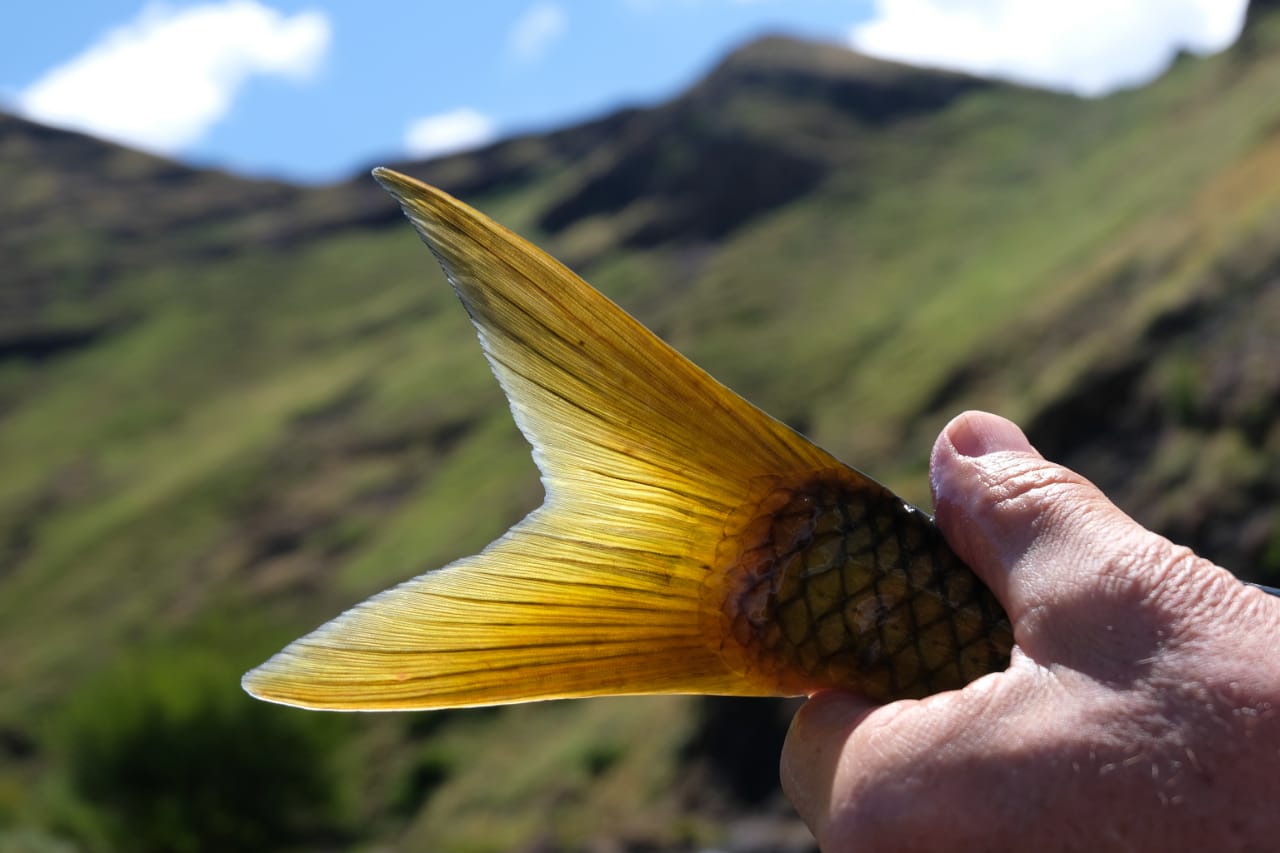 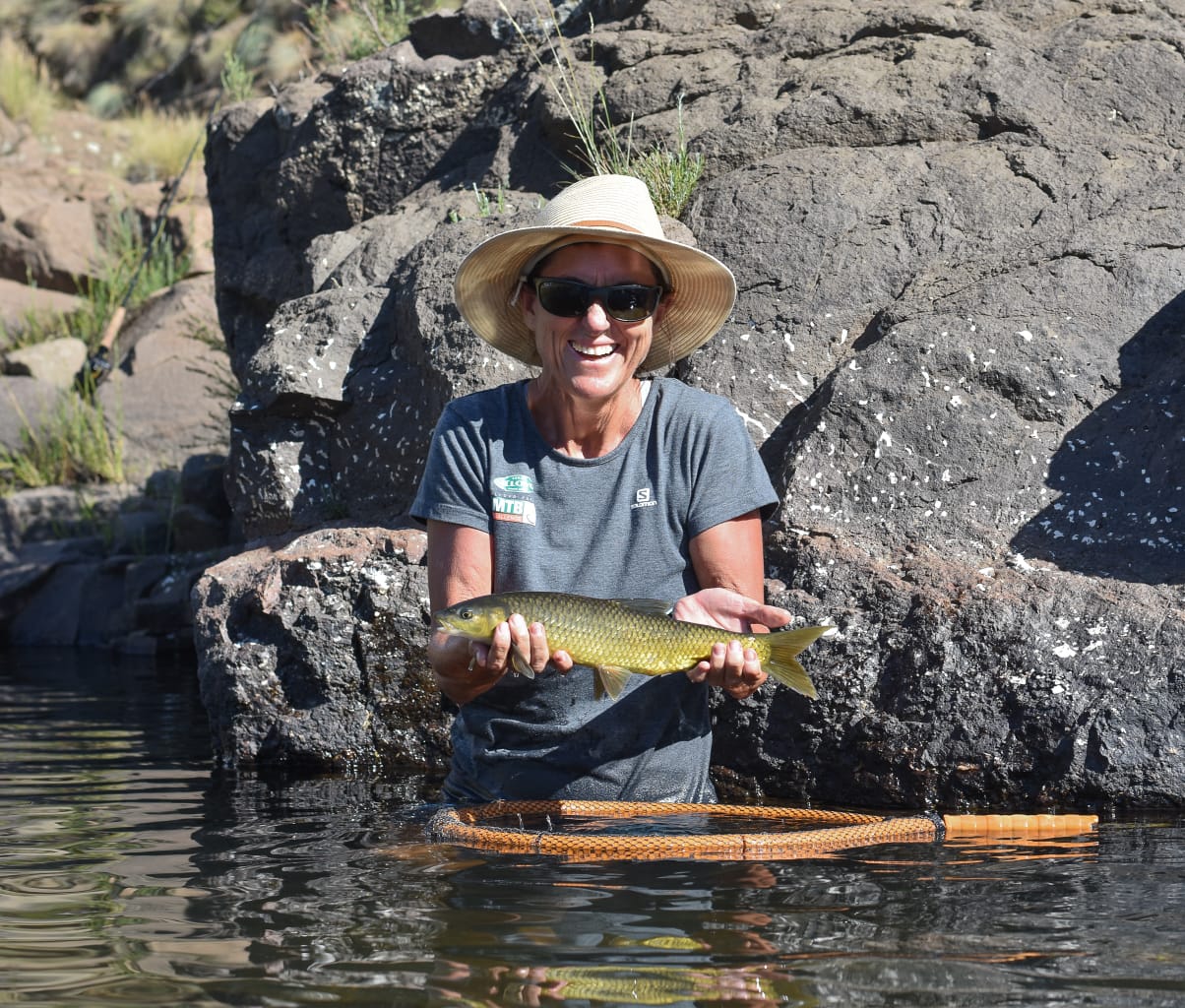 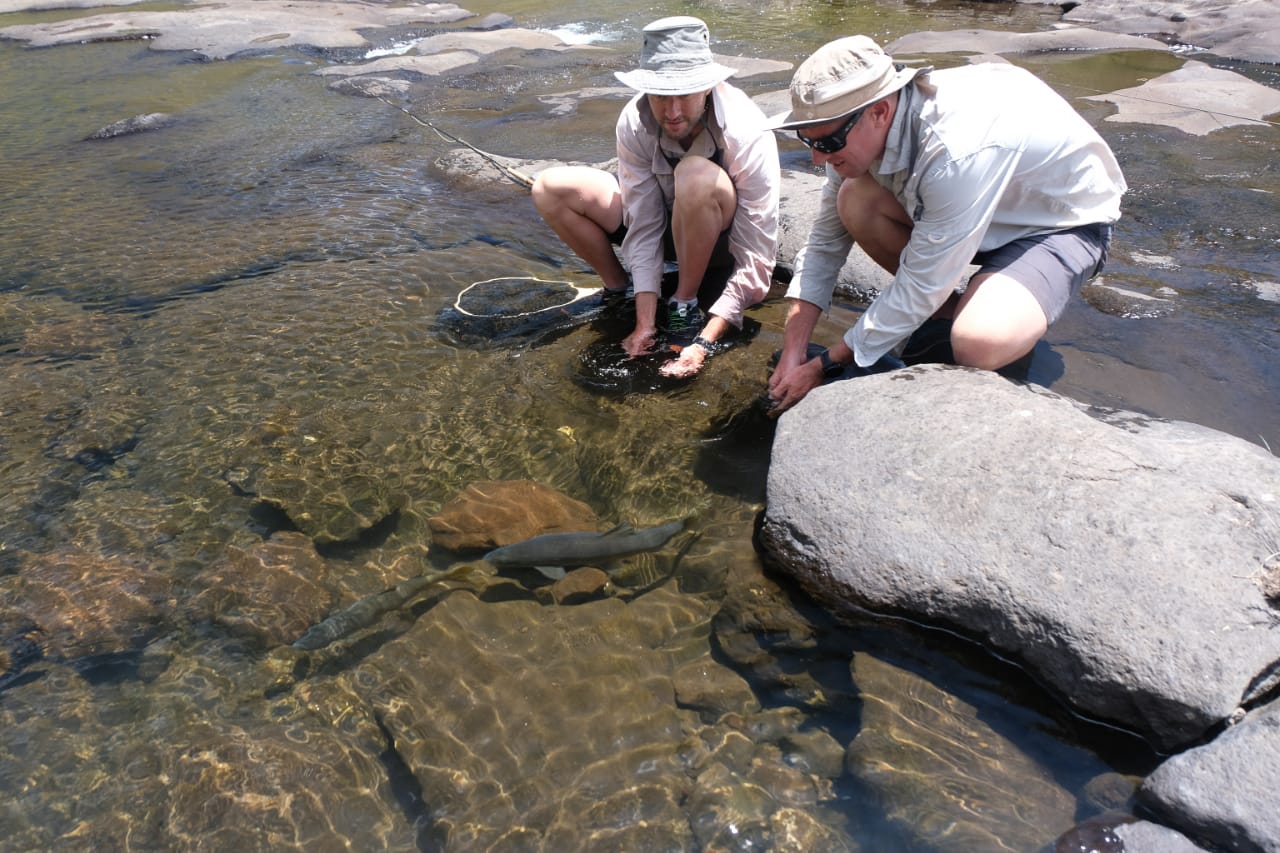 Brothers, Jethro and Dale, enjoying a double up 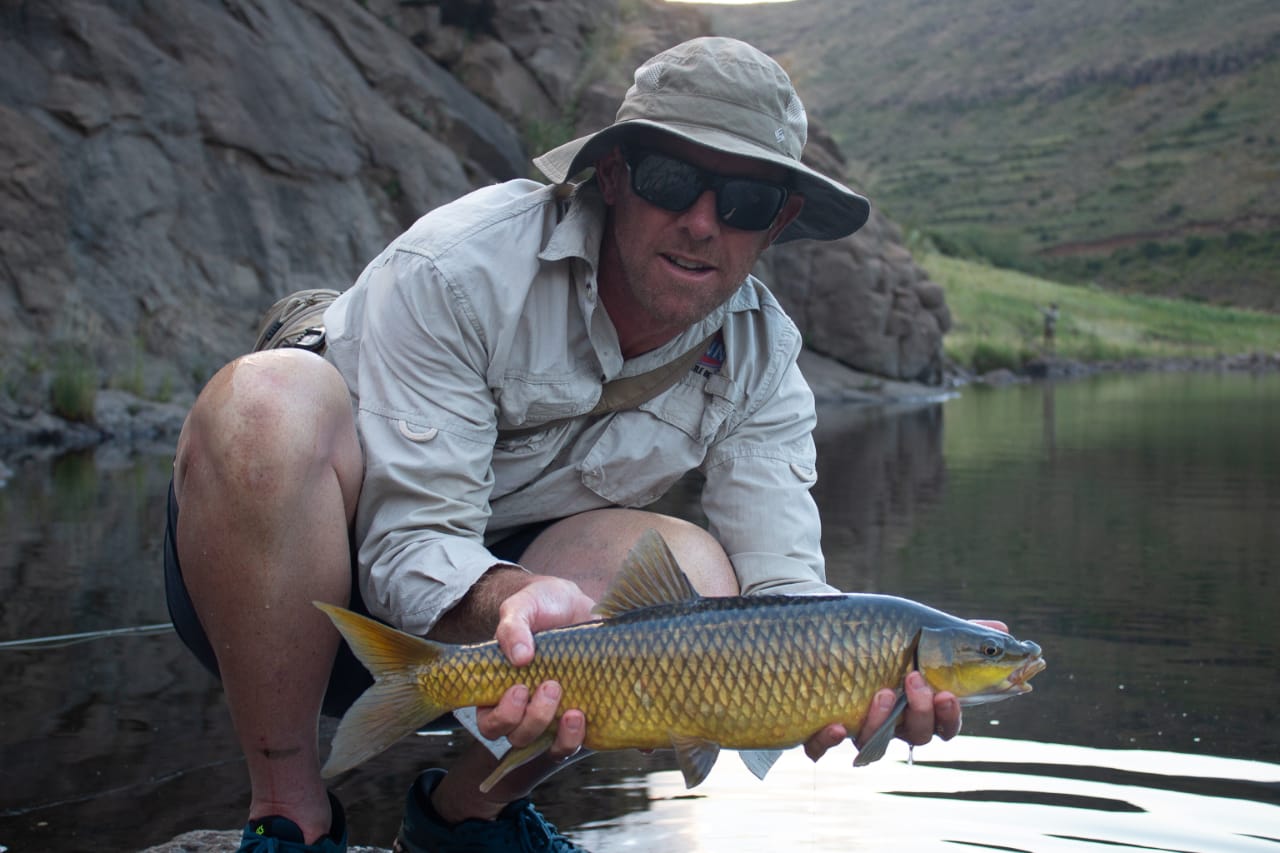 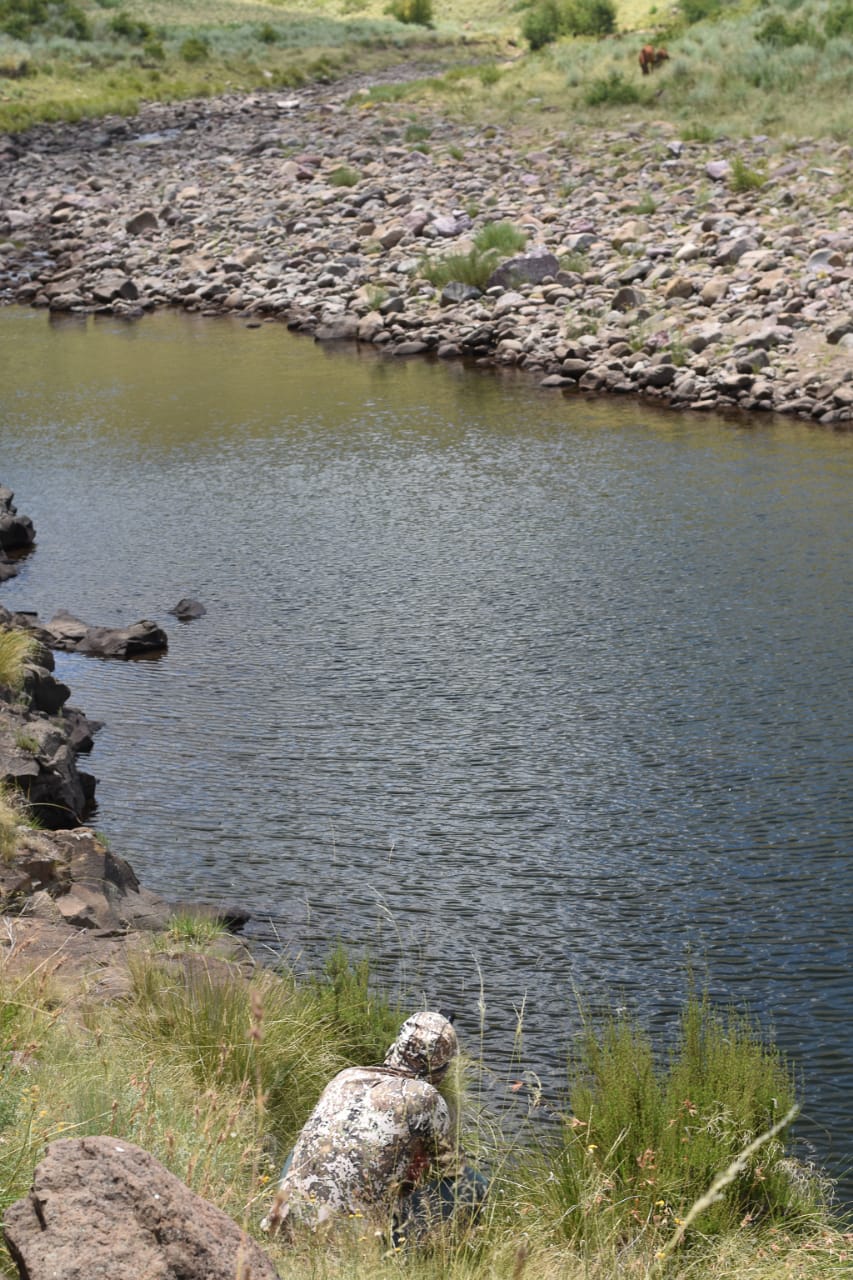 Nishan stalking some tricky yellows at he Makhangoa Community Camp 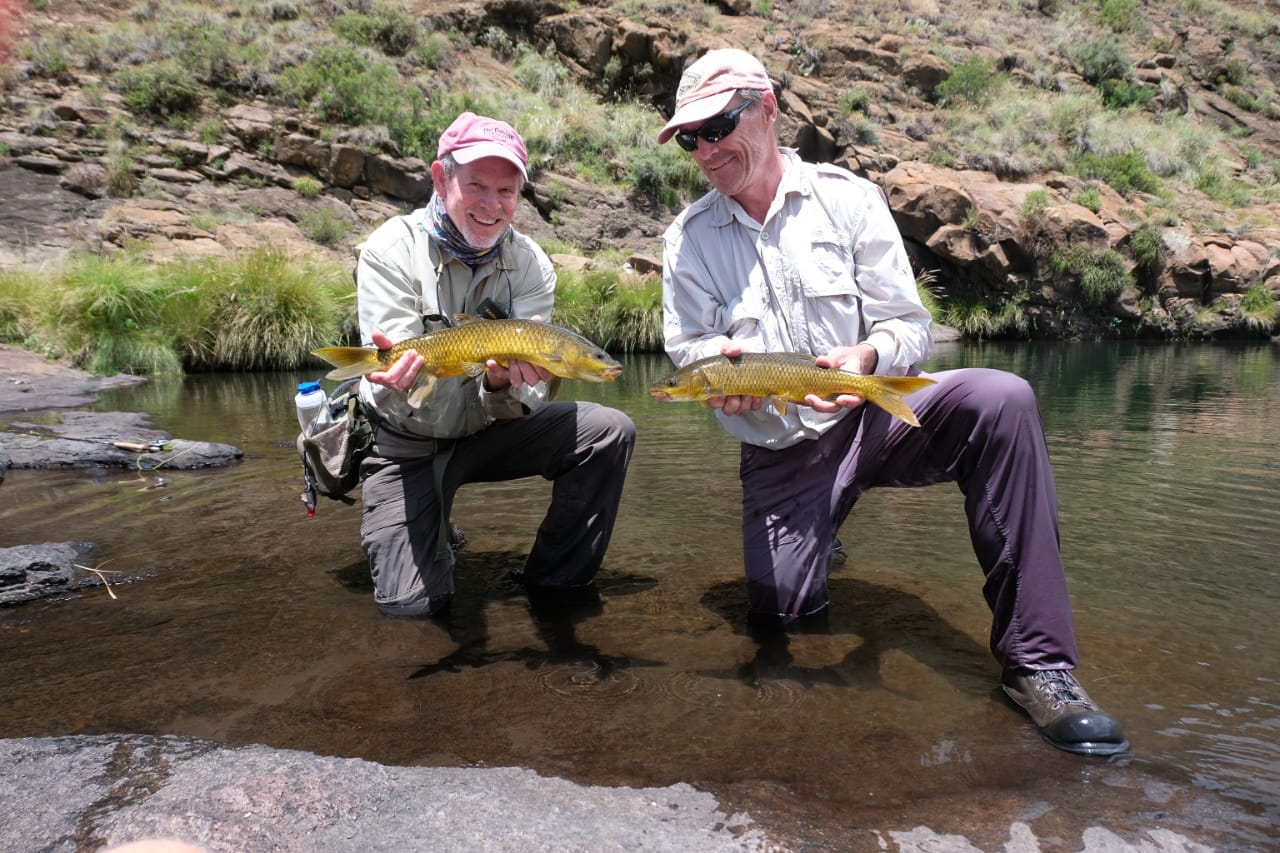