This week we were joined by Gordon van der Spuy, who was hosting two groups with us. The first group saw mostly anglers who had not fished the Bokong previously. A lack of rain, since our return earlier this month, meant that the river had dropped about 2 feet in the last couple of days. This meant that the fish were not holding in their usual places and were not feeding off the surface as readily as usual.

On the first day it was quickly determined that the fish were to be found in the bigger, deeper pools. The method that proved to be the most successful was a

dry-dropper towards the head of the pools and a nymph with an indicator through the deeper, slower sections of the pool. Once guests became use to the quick reactions required to capitalize on the nymph eats, fish were caught in their numbers. As the trip went on and fish became more comfortable with the change in water level, they started to move back up to the top column of water and looking up for dries.

The final day, high up the valley, we all had great success with two of our guests getting more than twenty fish each. Francios was even able to bag the grand slam (Yellowfish, Rainbow and Brown). JP caught his personal best Yellow twice in one day, which left him speechless. It was great to see everyone adapting to the conditions and finishing the trip with huge smiles on all the faces.

The second group, saw a whole camp of returning guests. The river also hit the lowest level for the season and the guests were a bit worried about the upcoming days of fishing. This was quickly put to rest when we took the guests to the higher beats and everyone got tucked into a nice amount of fish on their first day! The second day around camp also proved to be successful in the bigger pools and the big surprise was the size of fish coming out! Simon and Tim Rolston both managed 6 pound fish to go along with many 4 pound plus fish by the rest of the group.

The last day is where it all came together. We left James Kirsten at camp in order to prepare a delicious asado of one of the local sheep as requested by the group and the rest of us drove to the highest point we could and it was phenomenal! Simon and Graham together landed over 45 fish. I had the privilege of guiding Pierce and it was madness, as he did not land a fish under 3 pounds the entire day and included 3 fish over 5 pounds and a 6 pounder on a size 16 dry.

Returning to a slow roasted and well marinated sheep was the cherry on the top of a great trip. It just showed that given supposedly tough conditions, with a little adaption and change in tactics, great fishing can be had. Until next time. James, James and Brent. 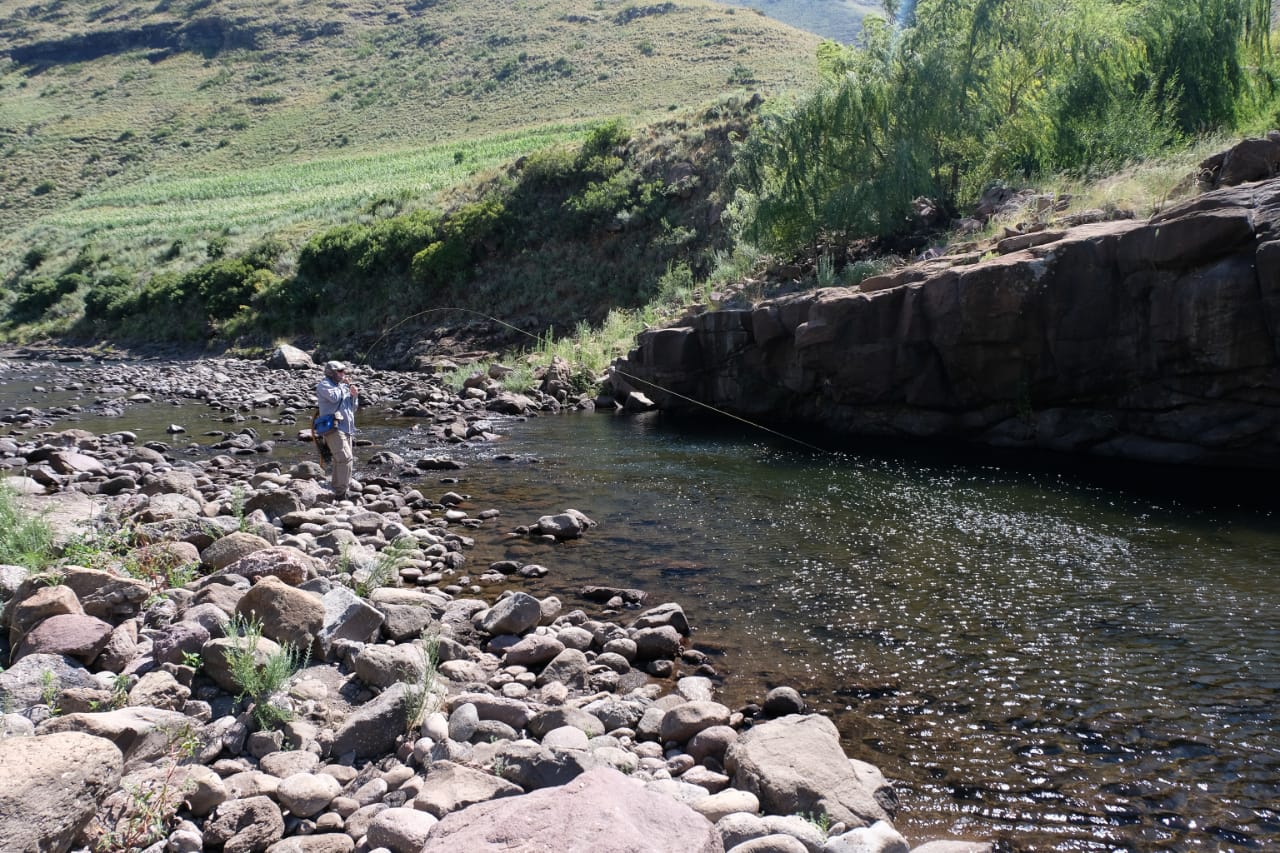 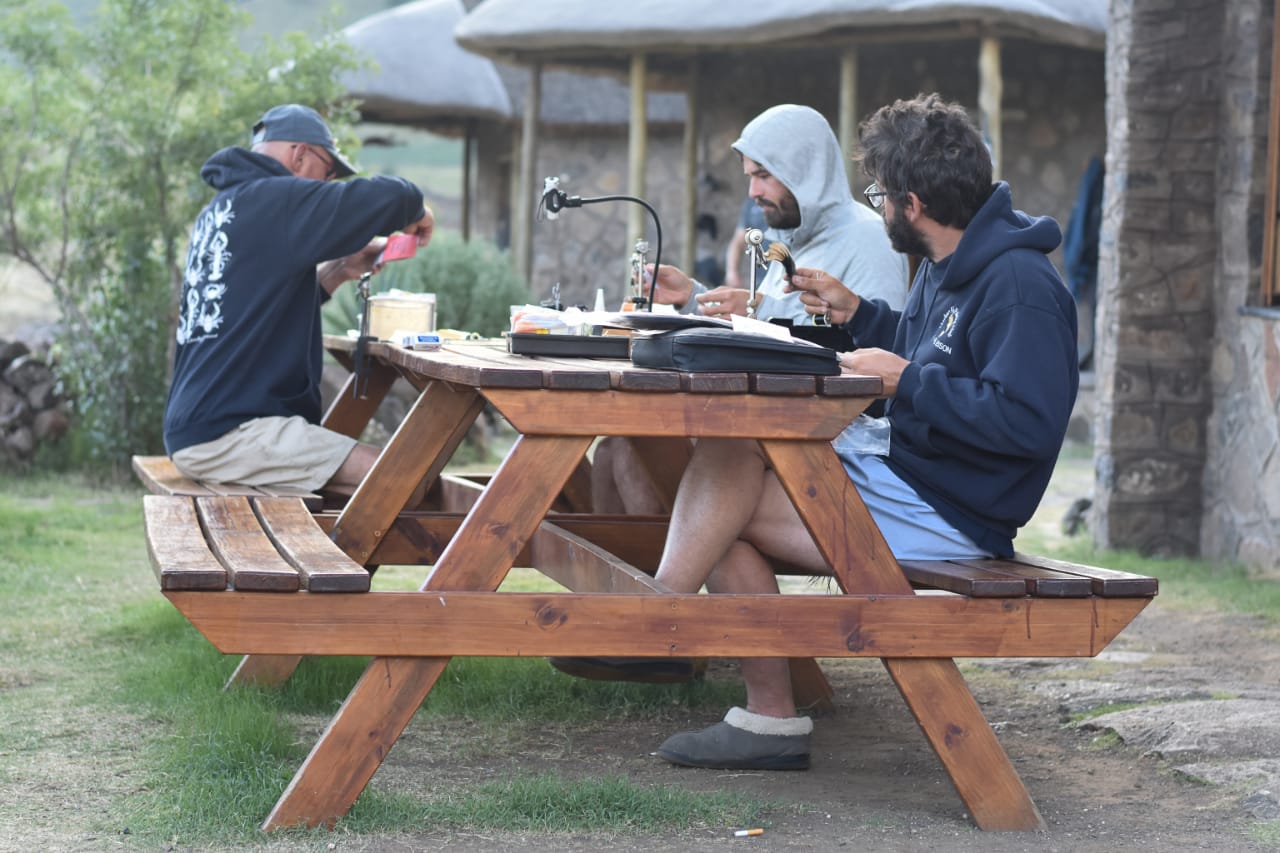 Morning coffee and fly tying at the Makhangoa Community Camp 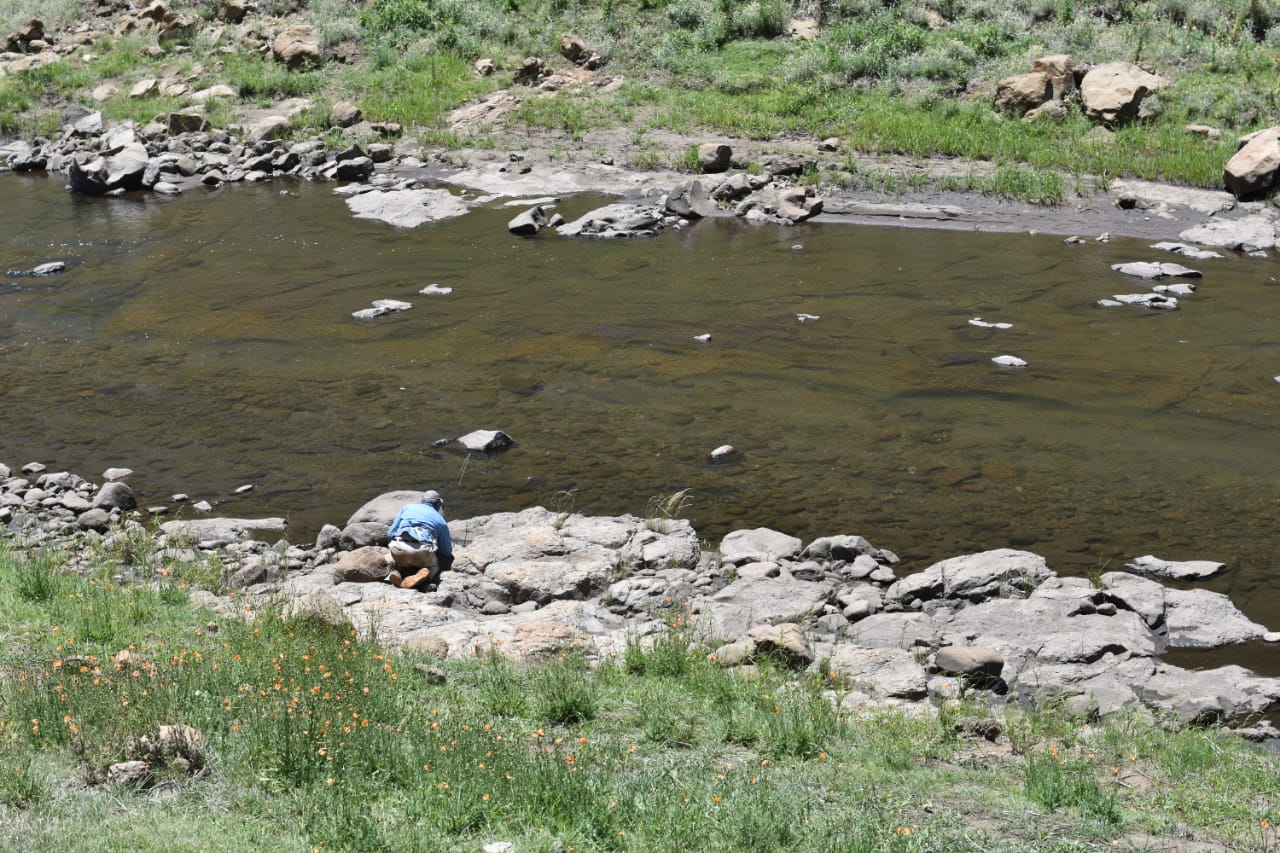 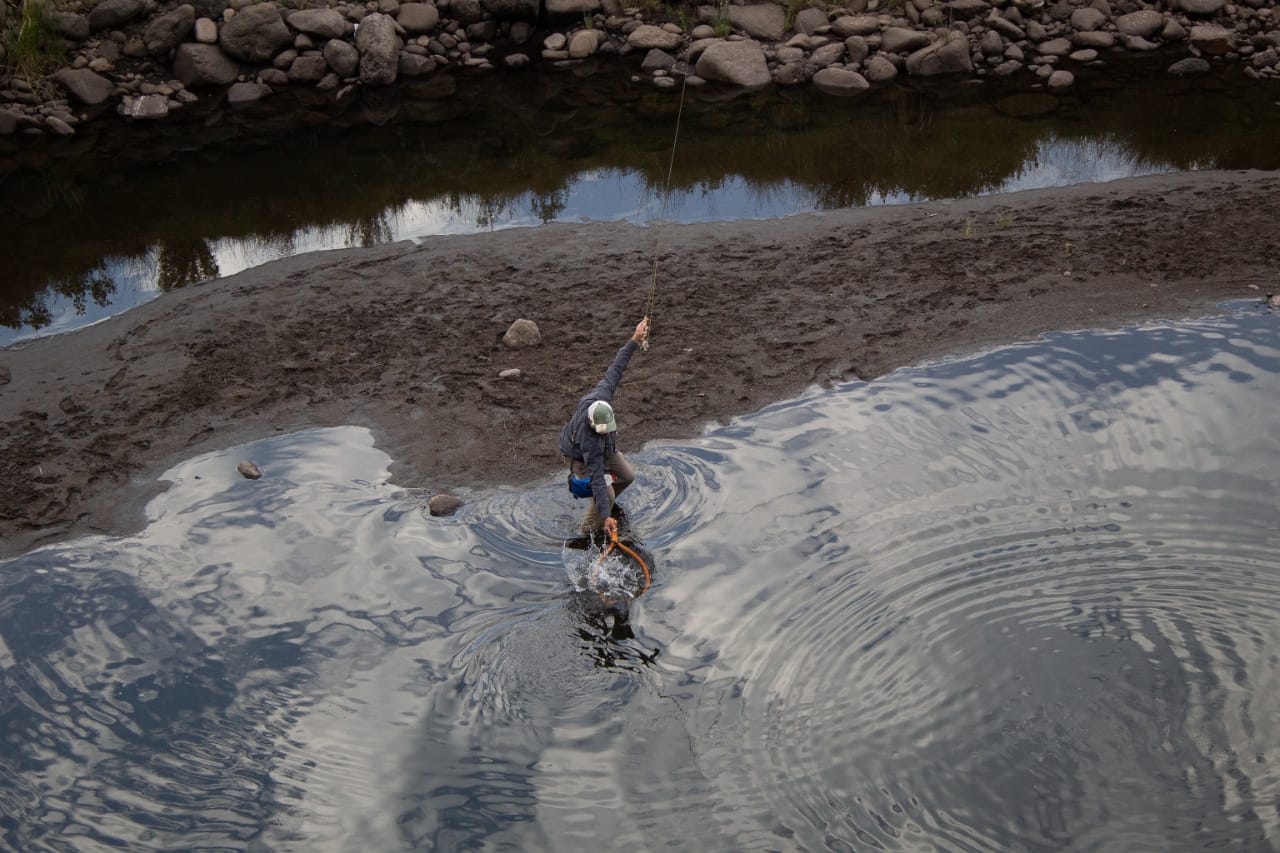 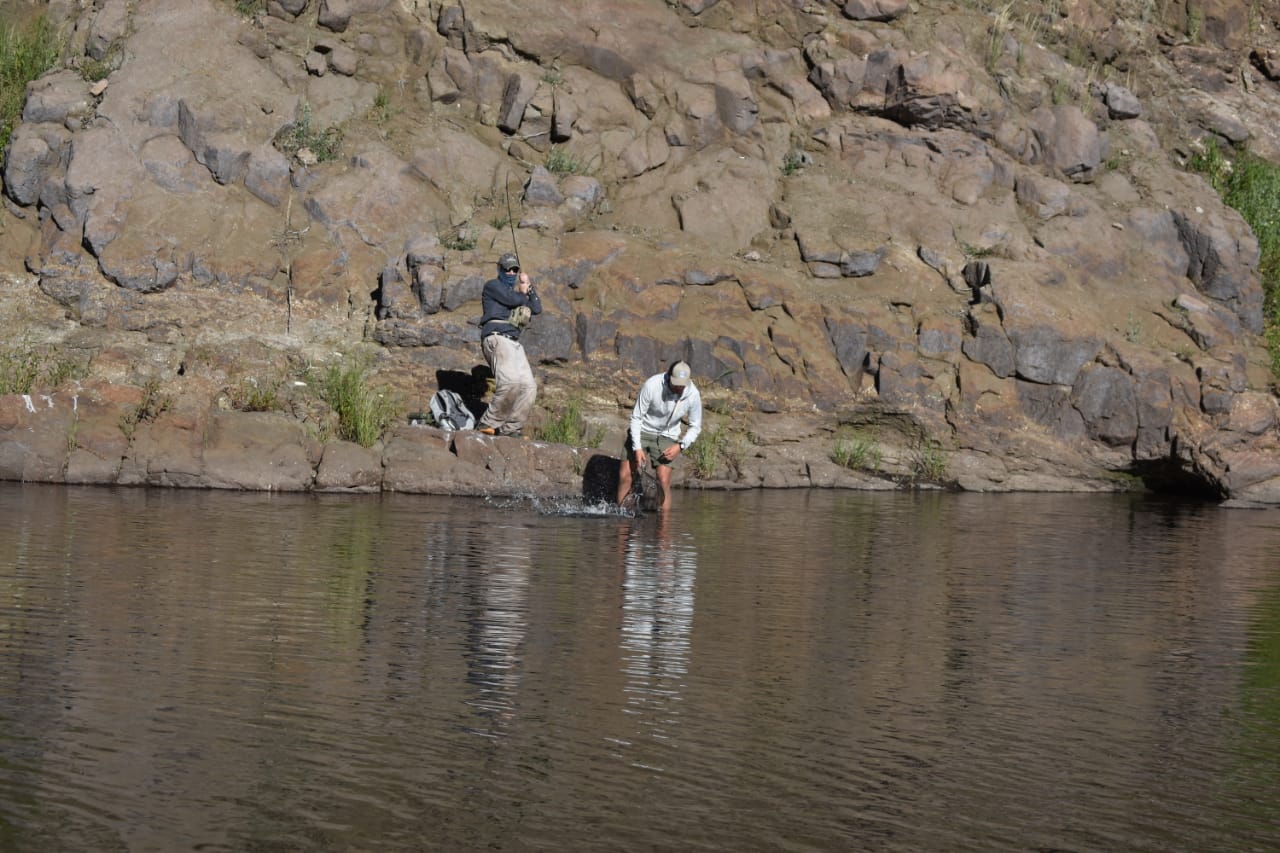 Brent netting a yellowfish in Diepgat behind the Makhangoa Community Camp 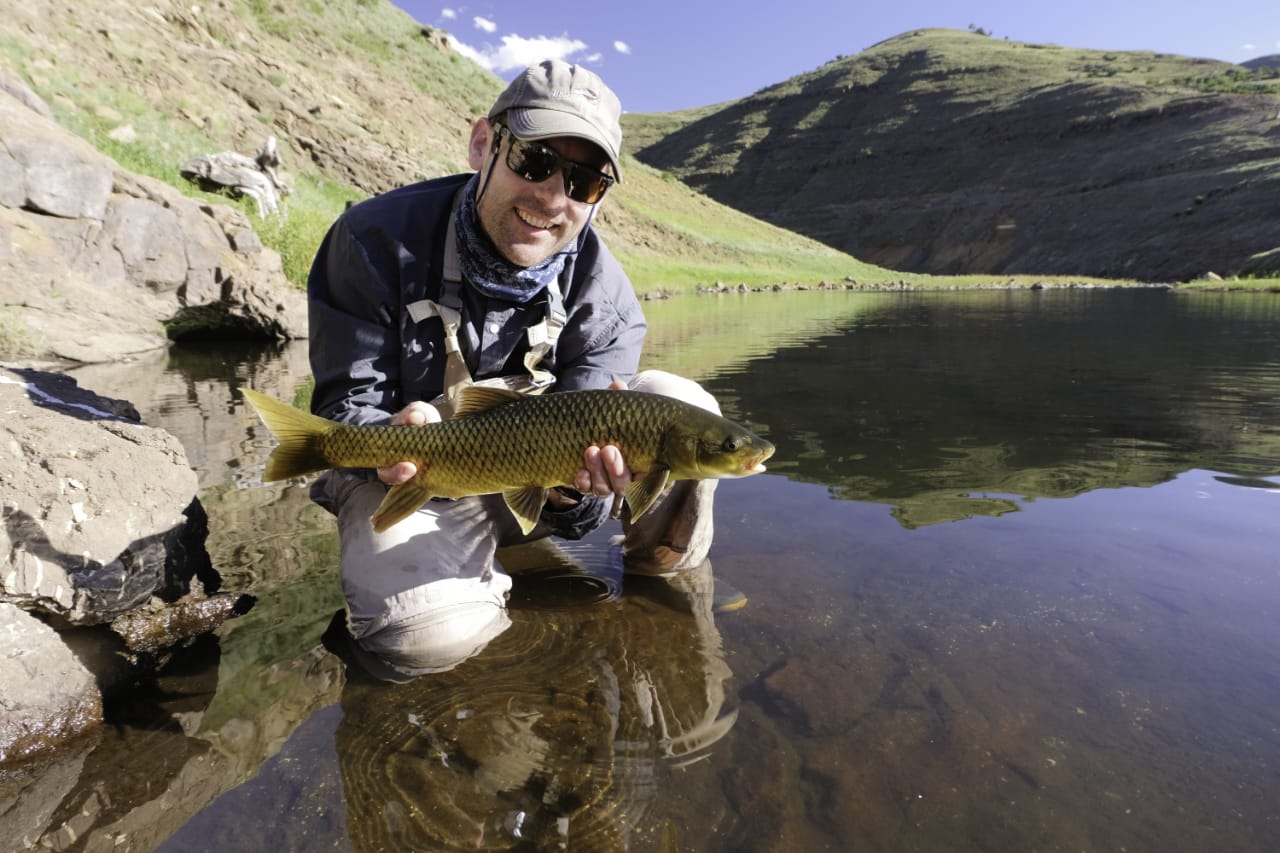 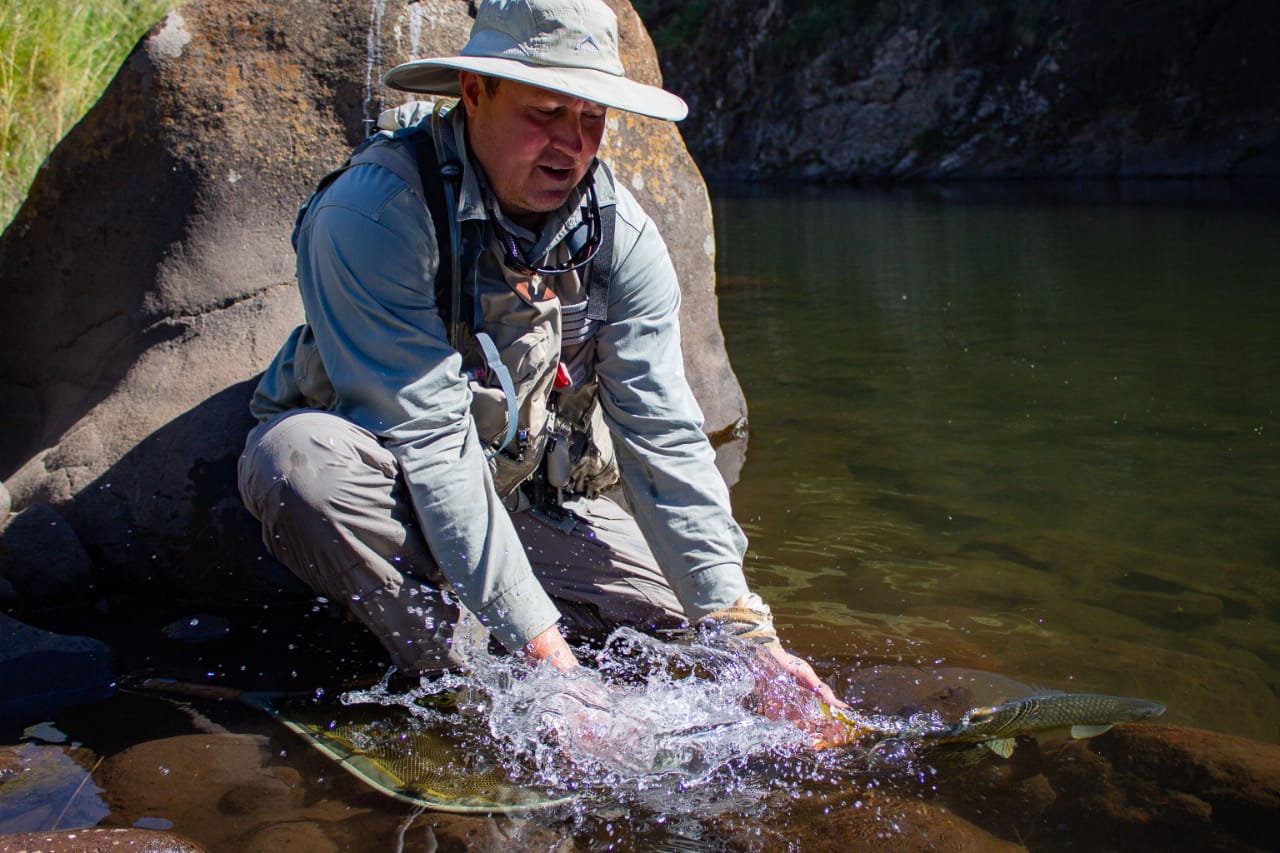 Releasing a beautiful fish back into a deep pool on the Bokong River, Makhangoa Community Camp 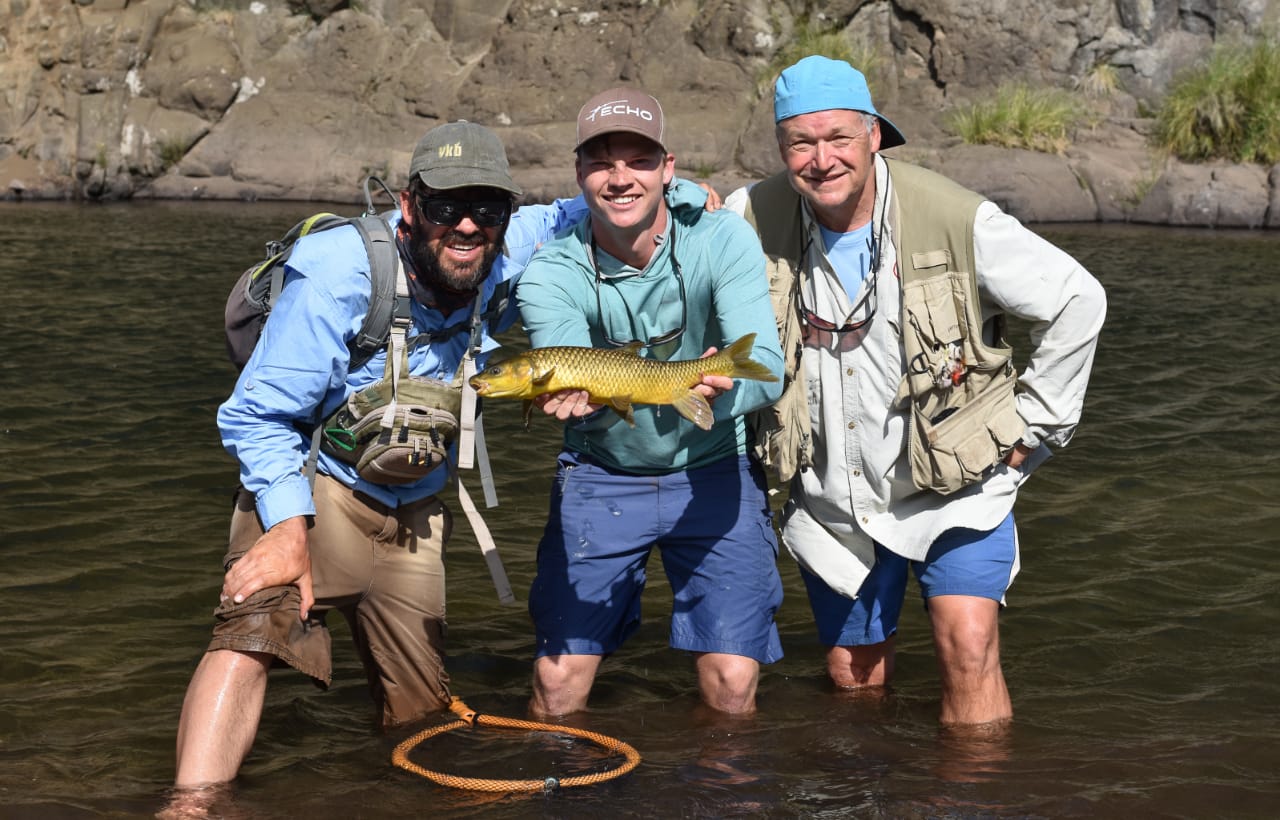 Gordon, James and Piers enjoying a great session together 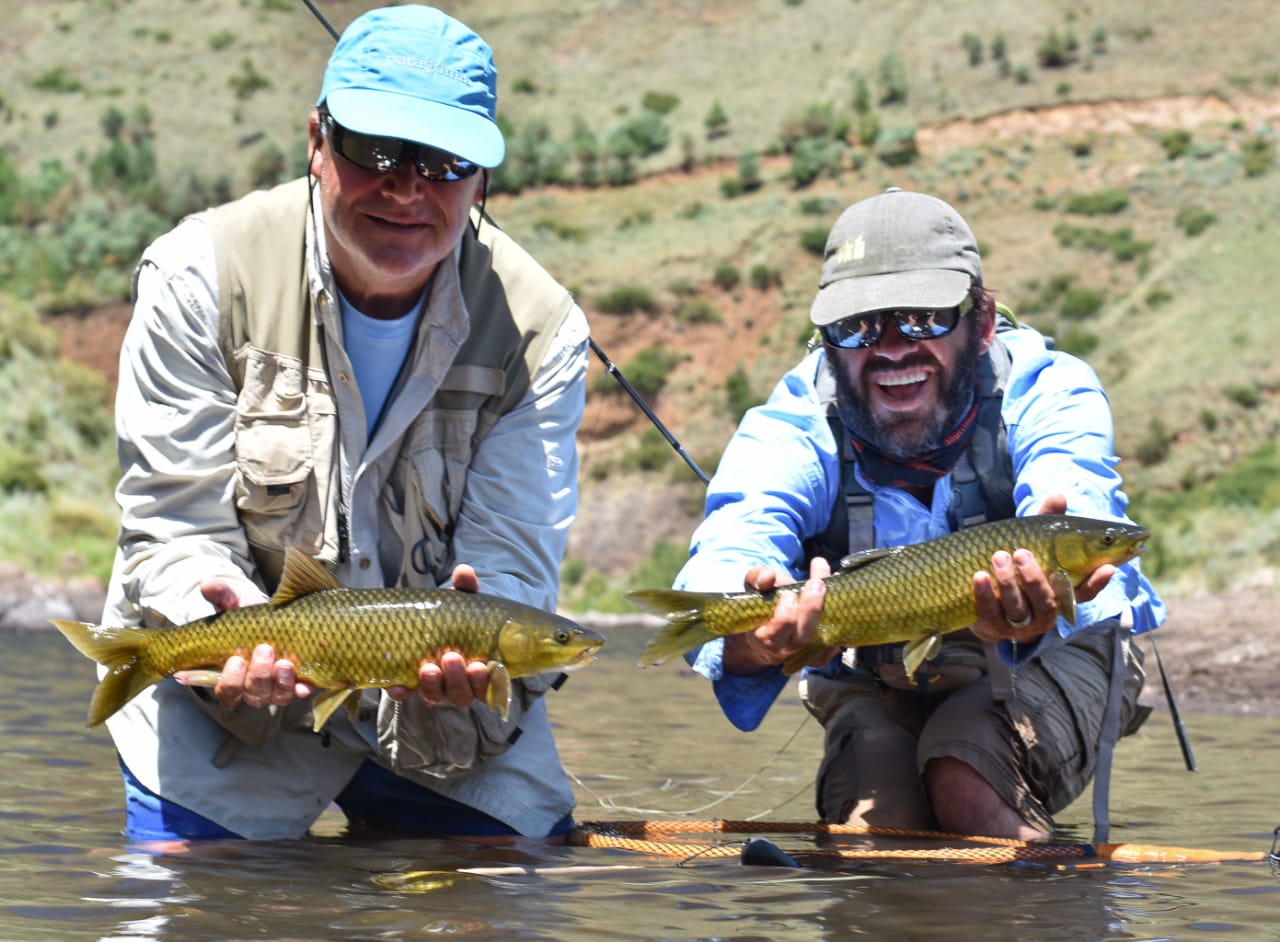 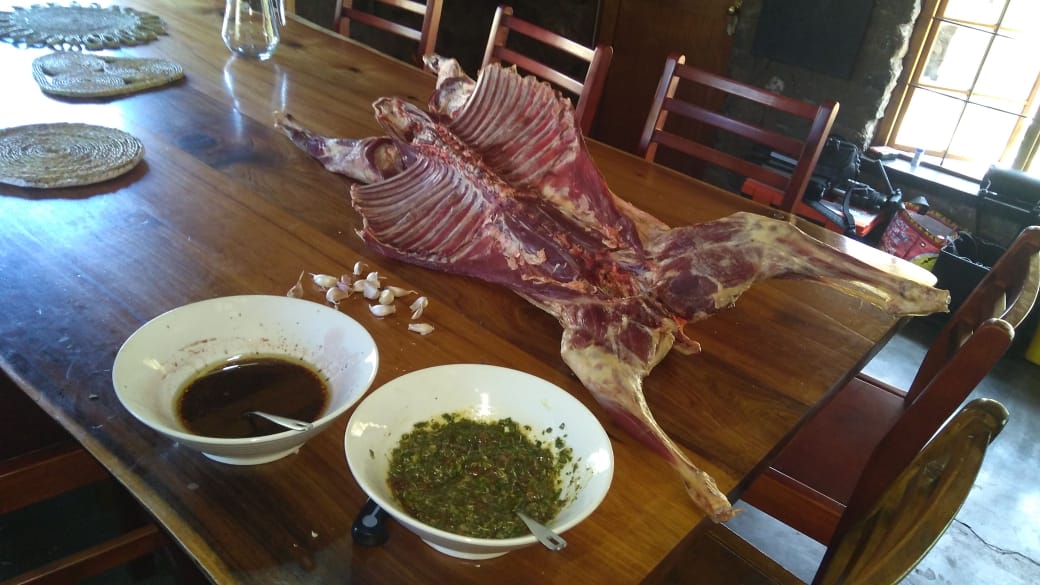 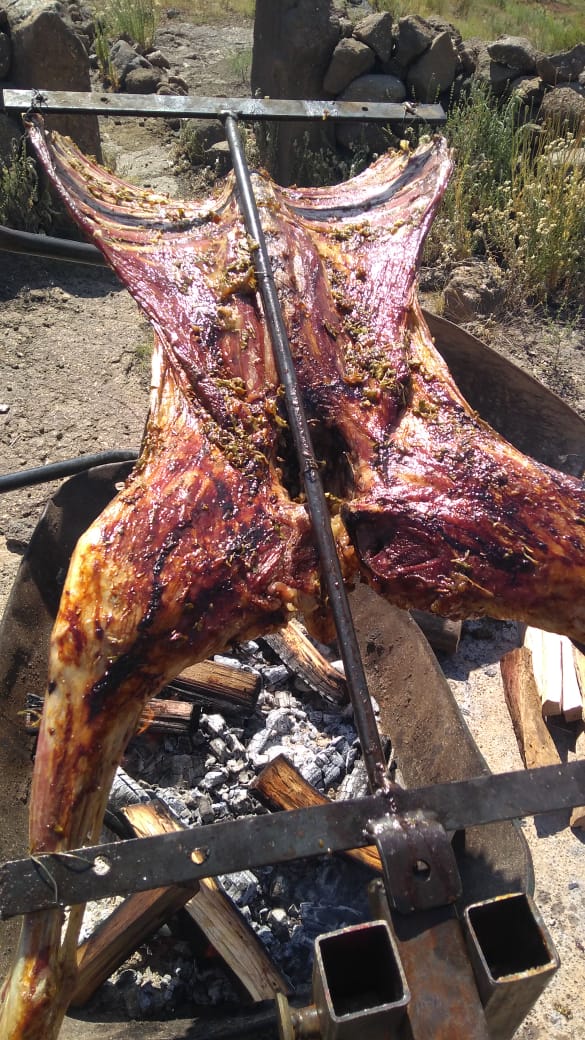