After a refreshing Christmas break, there was a lot of excitement amongst us guides to return the beautiful Kingdom in the Sky! We were joined by returning guests Avril and Peet as well as couple Dawid and Anne, Greg and Stephan. Large amount of rain had occurred in the week leading up to the trip and the river was right up.

This resulted in a mass amount of fish entering the river. The conditions were just right and fish were throwing themselves into the net. The first day saw Avril, Peet, Greg and Steph all break double figures with ease. The fish were

eager to take dries in the shallows and made for awesome sight fishing just to be followed by scintillating runs! Steph even managed a Brown, Rainbow and Yellow all in the first session. Dawid and Anne also had a fantastic day picking up fish, learning a lot and showing large improvements.

That evening we were joined by some strong rain, which left the river a little cold and discoloured the next day. Fish still came out by not in the ferocious manner of the previous day. The beauty of the Bokong is how quickly it bounces back and this was the case the next day with awesome conditions and a gin clean river. The guests opted that we would head up the river on horseback to the higher beats. Not many places in the world, where you can ride a horse up a breath taking valley to brilliant fishing. Anne and Dawid claimed to have had one of the best days of their lives, from the whole adventure of horseback riding to intense sight fishing at huge Yellows off a cliff.

With the departure of our first guests of the New Year, we welcomed 4 time returning guests and brothers Mike and Pat. They were joined by their Zimbo mates Guy, Charles and Andrew. 2019 continued to impress with everyone picking up a lot of fish on their first day out in almost perfect conditions!

Big fish have been spotted since the break and Mike, Pat and Guy all managed to pick up some slabs and the others were unlucky to get snapped off. The final day, I had the privilege to take Mike and Pat up to Skatepark, which is a truly beautiful stretch of the river. Skatepark is bedrock, about knee deep and goes on for a couple of hundred metres with little channels that run up it. This day in particular had fish in every pocket possible and it was awesome to watch Mike and Pat move up together and just pick up a countless number of sight fished gold. Some really big fish were lost but not even that could get us down! When we returned to the Cruiser, after the day out, we found out that everyone had shared similar success which is always awesome to hear.

The Zimbos showed that evening what they do best and partied with us to all hours of the morning in celebration of an awesome trip! With all good things, it had to end and the next morning they gingerly jumped in their taxi and headed for OR Tambo. 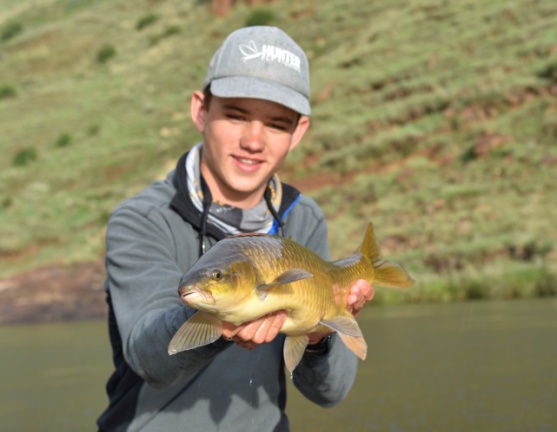 Steph showed his skills with a great number of fish, including this little fatty 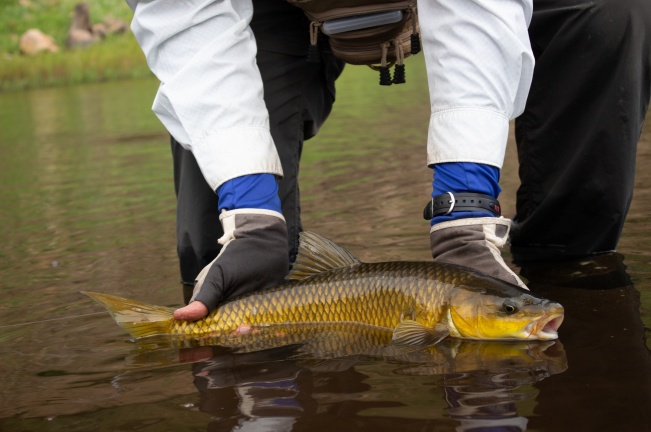 Avril, has fished with at the MCC every year since inception in 2012/13. Copper backed yellows, great guiding, and the incredible location make this a lifer destination 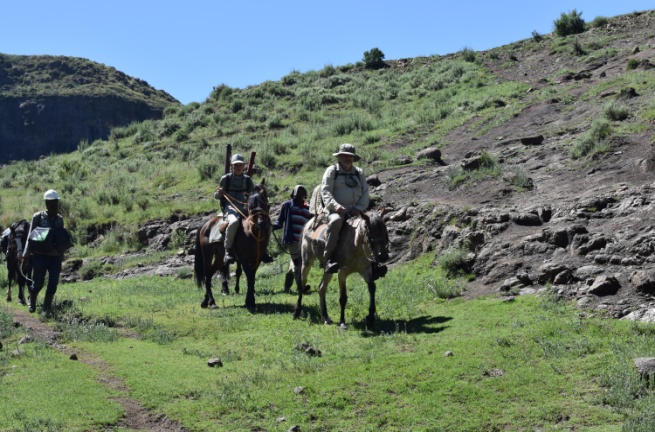 Taking horses to the upper beats on the Bokong River, Makhangoa Community Camp 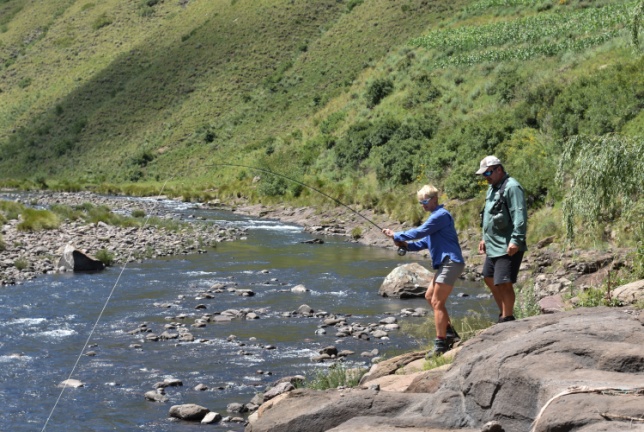 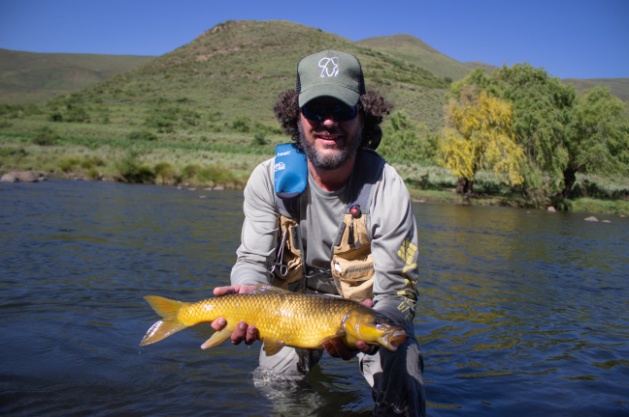 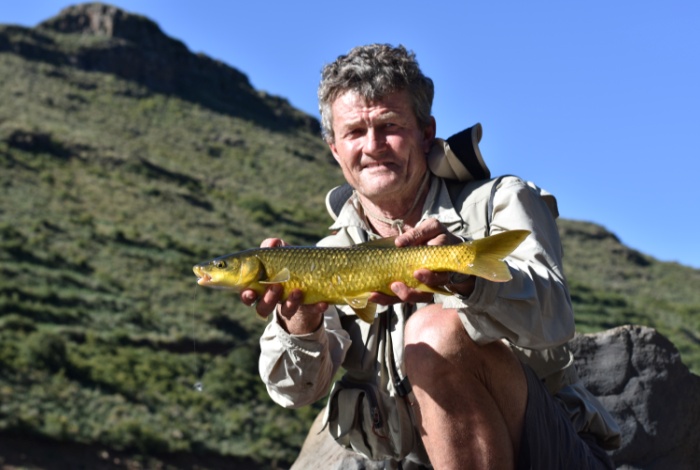 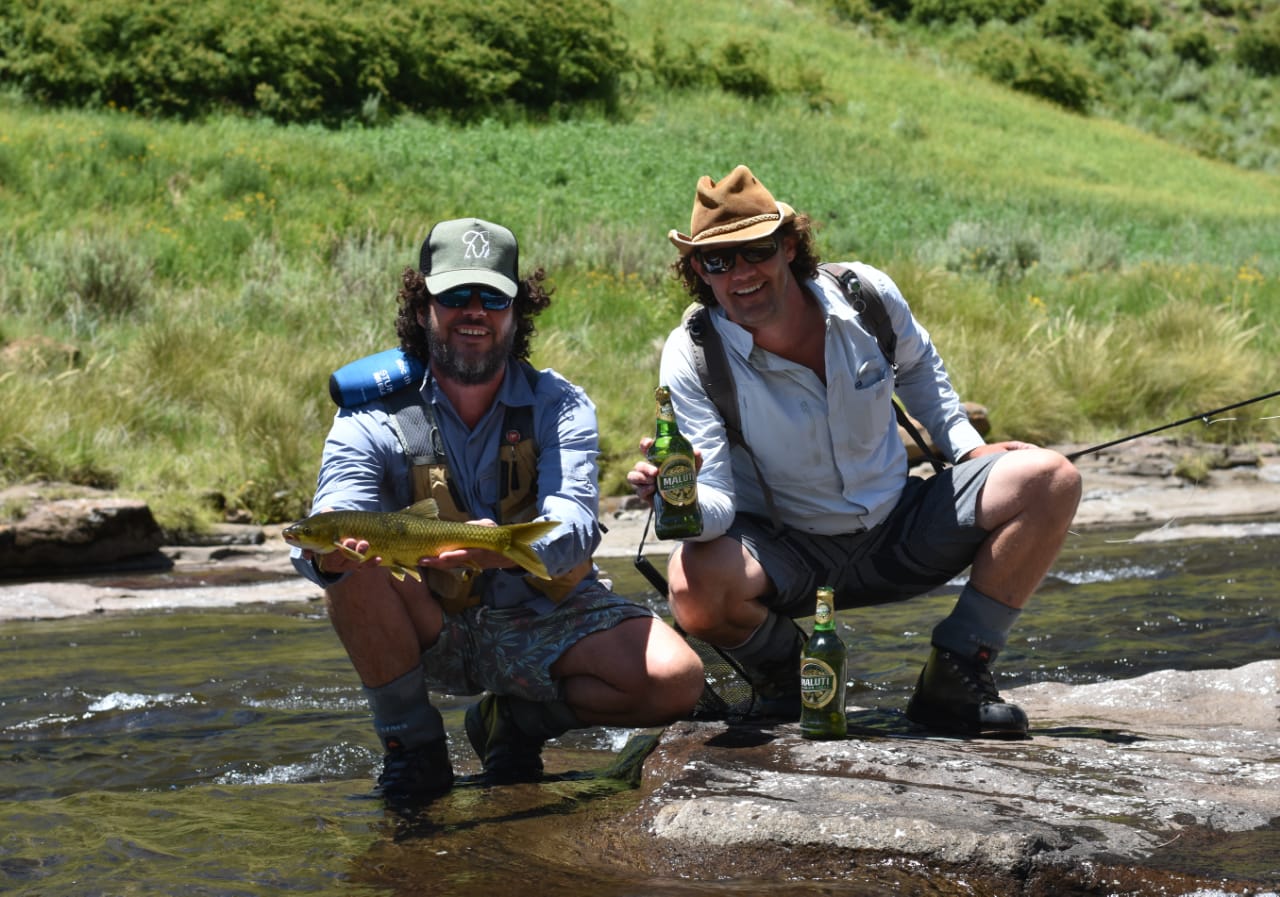 Skatepark shenanigans with the Zimbos 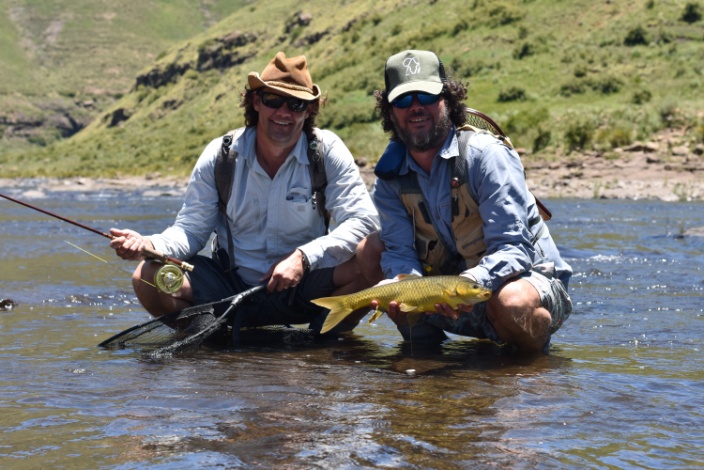