It was a pleasant sight when a couple of familiar faces rolled into camp. Uncle Colin and Mars made the long journey from Maclear and were joined by Jeff, Rodney and Andrew. These seasoned fly fishermen were in for a proper challenge on the fishing front, but they stepped up to the plate and did well under difficult circumstances. 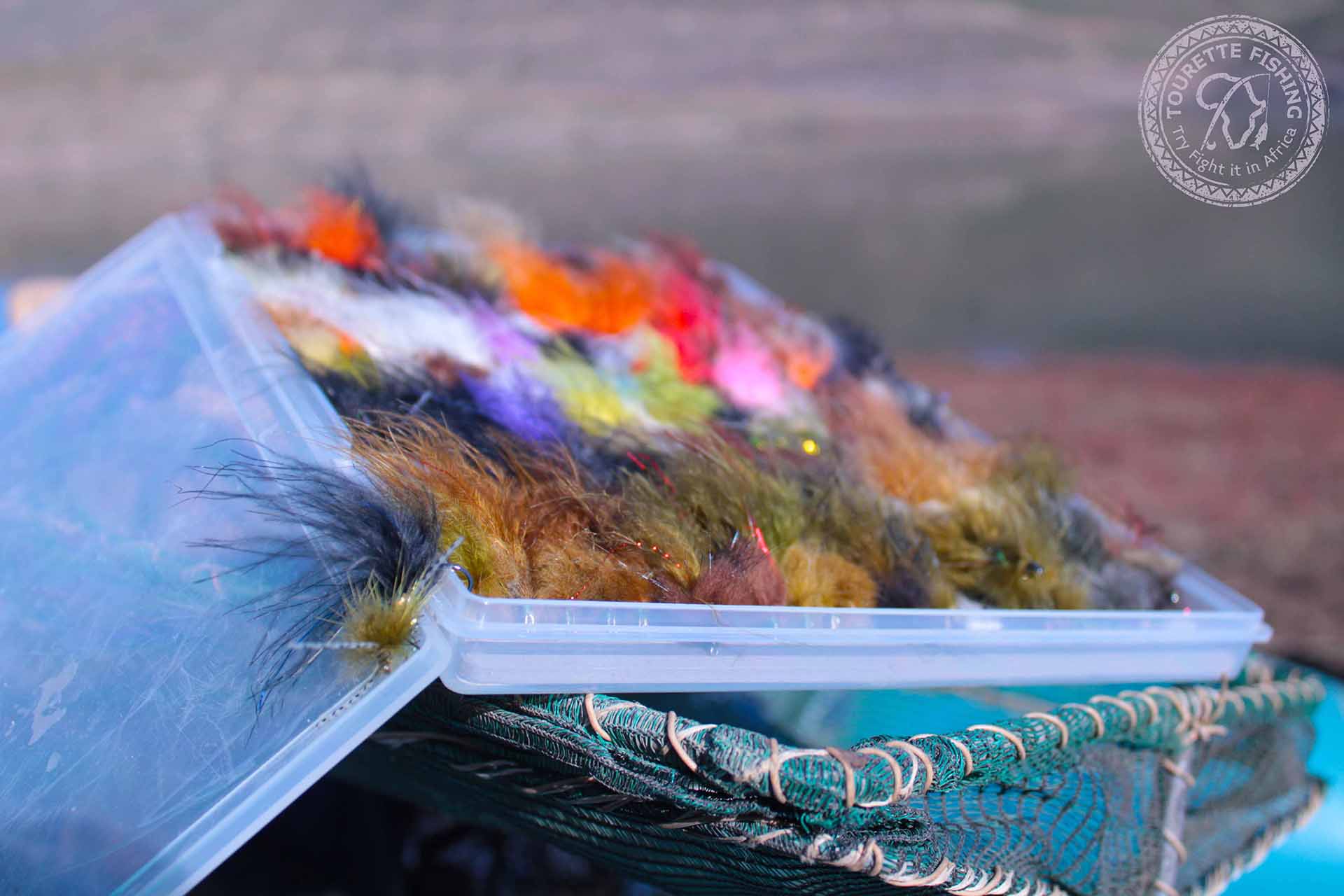 On their first day it was a leisurely affair as the guys settled in a made themselves at home. Andrew and Jeff broke the ice and went down to the river to fish Diepgat. Due to the seemingly endless drought the river was not allowing fish to migrate thus resulting in a fruitless venture on the first day. Luckily there were plenty of drinks in camp to cheers the boys up and we enjoyed the first night of world-class banter around the fire.

On the second day no time was wasted in getting to the water and Uncle Colin was first on the scoreboard with a lovely rainbow. It has to be said that these chaps were not looking for any small fish, especially Mars who was dead keen on catching the mother of all Lesotho trout that the MCC has become known for. Although the mother didn’t come knocking, Mars and Andrew both caught more than ten fish in their first session and there others were not too far behind. 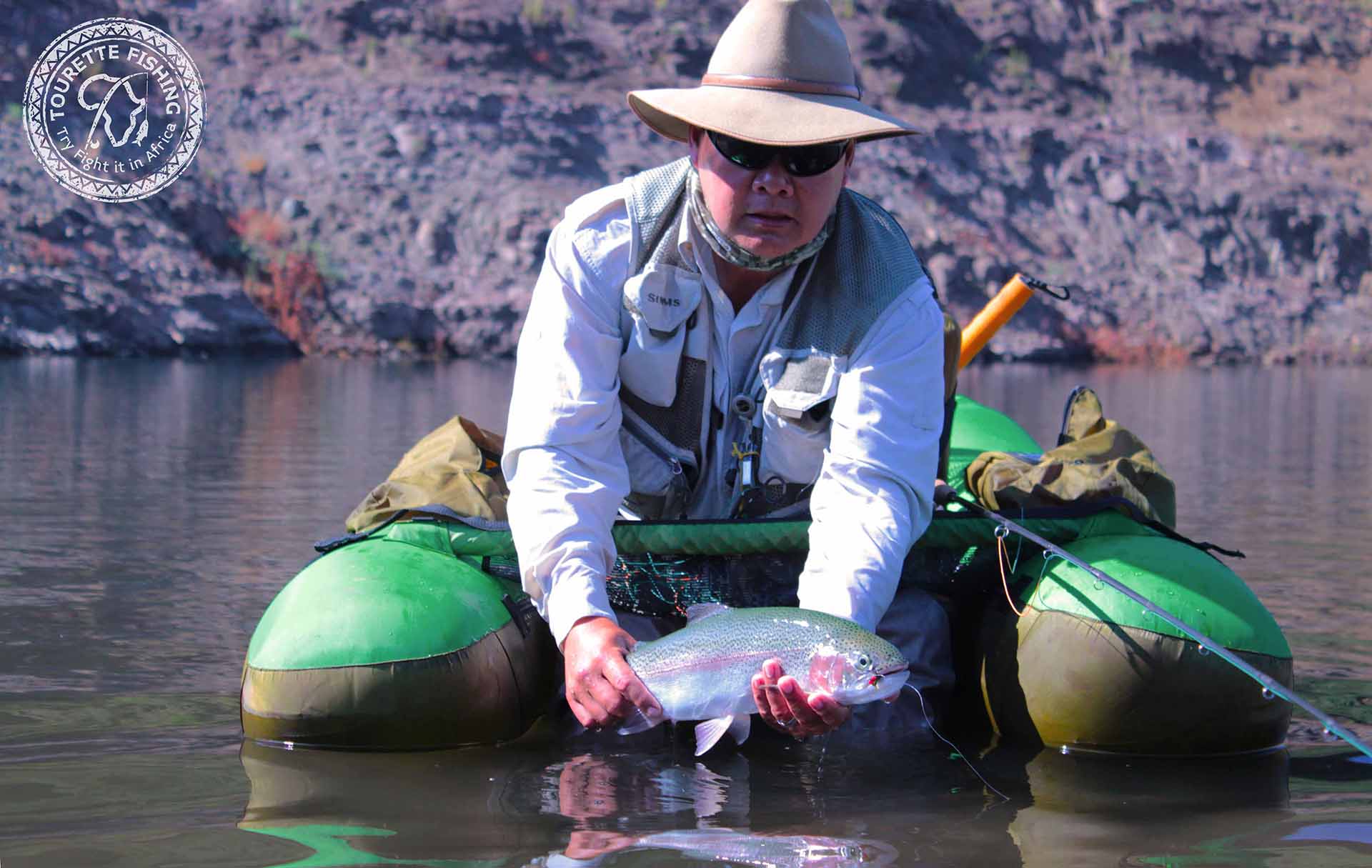 On the third day things got a little more difficult as a problem with some fish poachers arose. The poachers were fishing a prime piece of water on the estuary where the fish congregate in waiting for their spawning, this was obviously not ideal for our guests, and it is times like this that the years of preparation in drafting a legally binding fishery management plan are most welcome . After some long negotiations explaining the community camp fishing rules and regulations the poachers packed up and headed home. Later that day we were joined by Gavin, a very lucky Irishman who is taking sabbatical and fishing all over Southern Africa. It wasn’t long before he was sucked in by the group and taking part in the fireside banter. 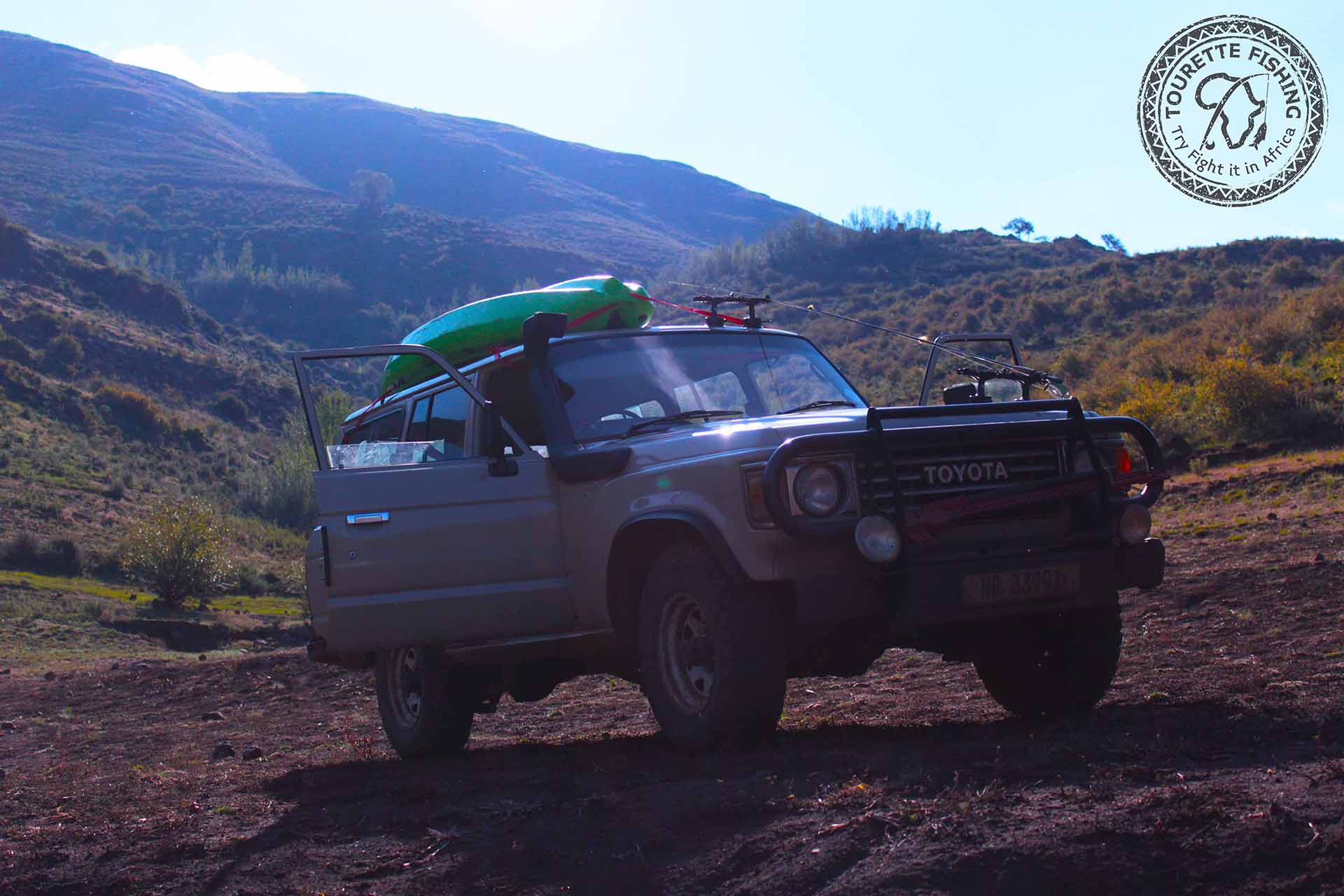 The following day we headed a couple of kilometres down to where the guys saw some good looking water on their way in to camp. It was an exploratory session and we soon found out that the water was much deeper than anticipated. Jeff however found his form and was floating the margins along some rocky drop-offs and picked up plenty of fish. After a late lunch everybody became pretty sluggish and decided to head back and enjoy the comforts of camp. 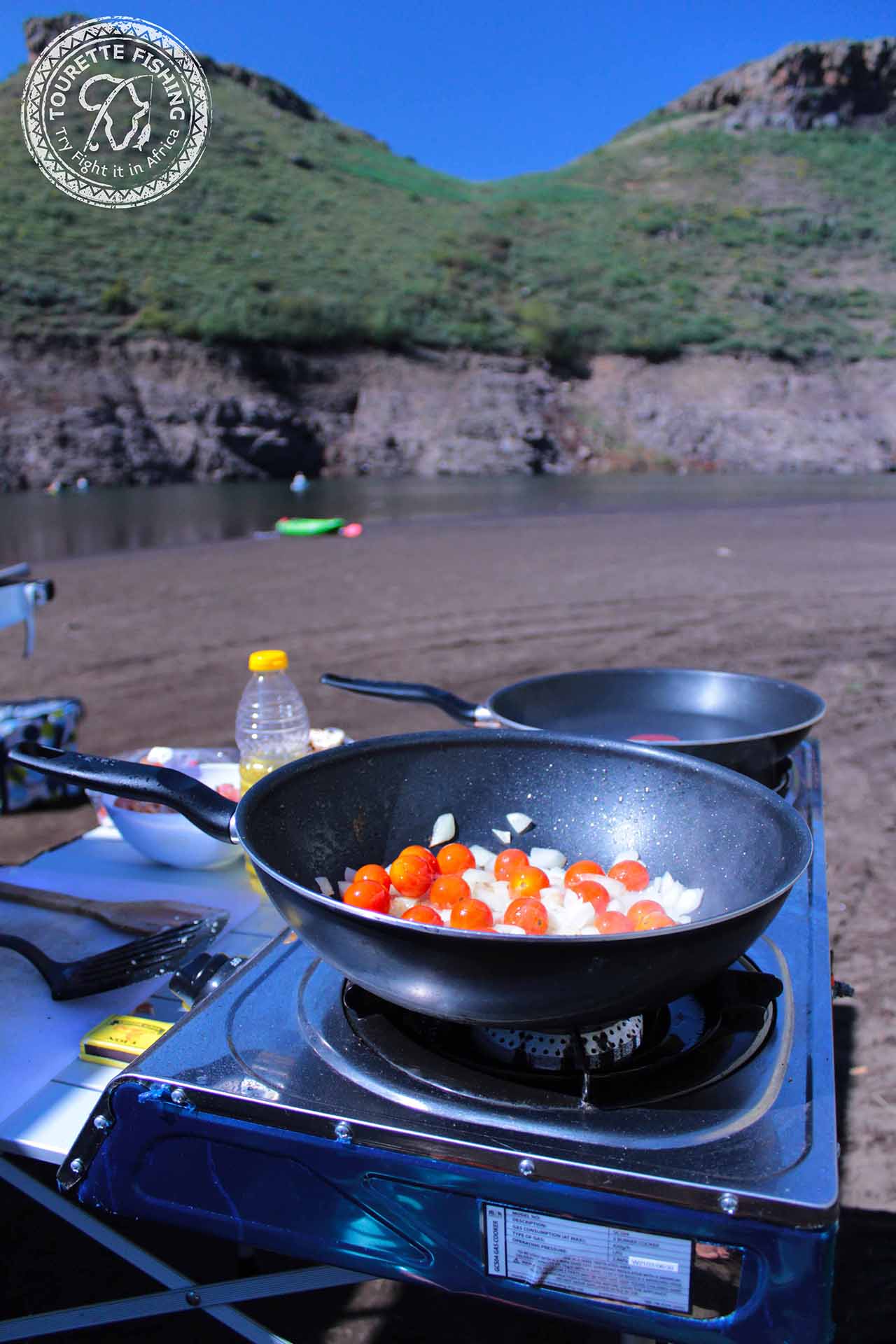 On their last full fishing day the guys were back at the estuary, but to our disappointment we were joined by the same gang of poachers once again. They were a band of ‘non locals’ from a nearby village who fish the dam without the necessary permits that are issued by the LHDA (Lesotho Highlands Development Authority), who disregard the laws of their country and the community camp fishery management rules and regulations. These rules were set in place by the LHDA and TF to protect and preserve the fishery and tourism in the area, while still allowing local subsistence fisherman, with the correct permit, the ability to harvest a set limit of fish. Fortunately, the very helpful and passionate Mr Phallang Lebesa (LHDA Environmental officer) came to the rescue via boat with his well-trained officers who then poached the poachers – confiscating all gear with the warning of arrest should it happen again. They poachers were sent home with a final warning and the fish were taken from them. This incident should not be seen as a blemish, but as a sign that there is hope and a bright future for this wonderful fishery due to the passionate support from local law enforcement and the community. 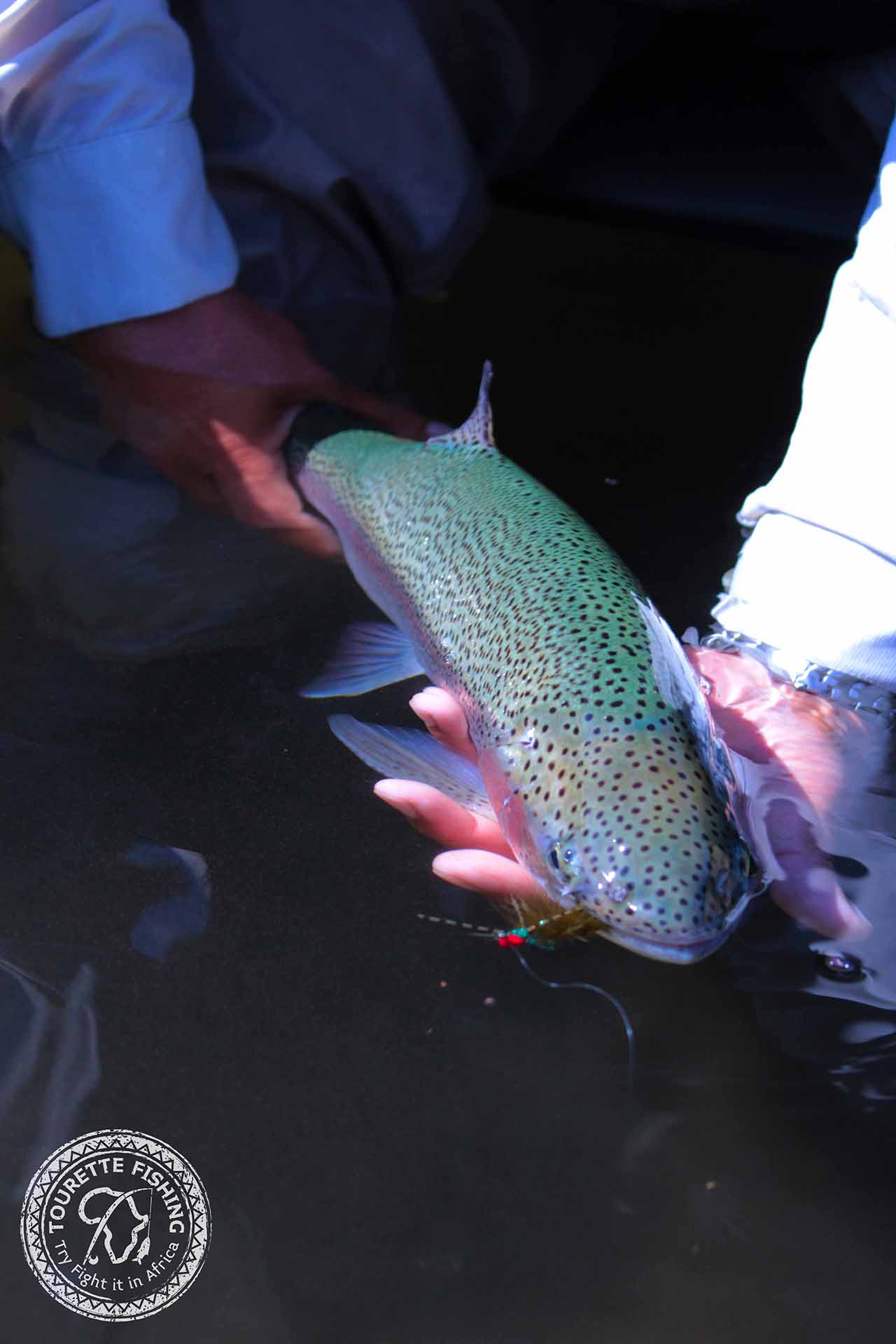 Through the hard work and dedication of the LHDA, the Tourette Fishing staff and our River Rangers we will continue to protect and preserve this wonderful fishery, even in the toughest of times.

This is Africa, and we love it! 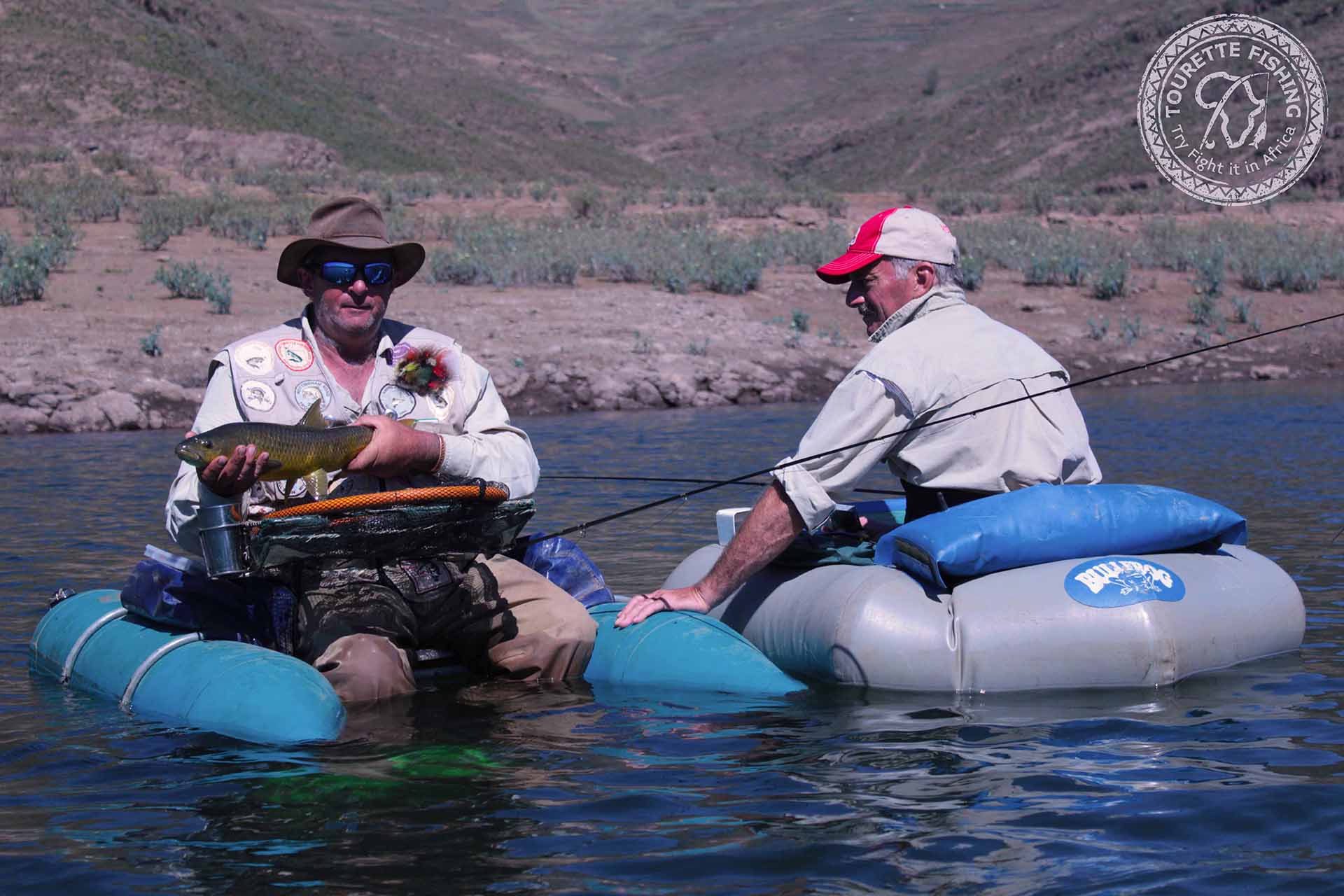