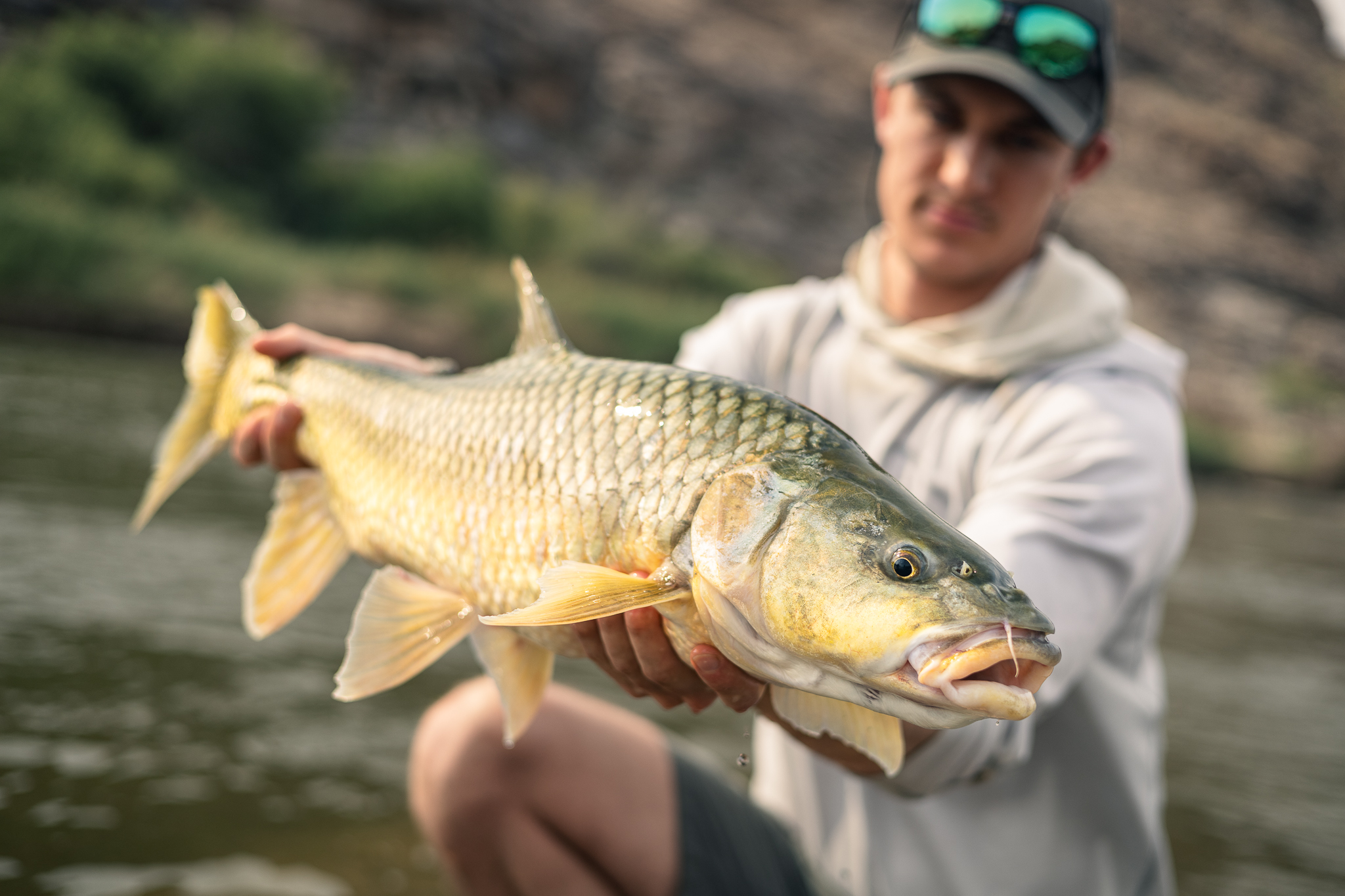 In all our groups prior to this one, we had most of our success coming from swinging largemouth yellowfish flies from faster water into slower moving eddy’s where we believed fish would be holding. This time however things were different. Majority of the fish were caught by accurately placing flies behind boulders and other forms of structure. We found that the fish generally would hit the fly on the sink or within a few seconds of sinking. With a drop in water level we also moved away from our fast sinking lines to intermediate lines with longer leaders. This proved to be very successful as Gabe managed to pick up a 12 pound Largie on Day 1 when he plopped his fly behind a rock in slow moving water and was also able to pick up a nice smallie and a 8kg Barbel by applying the same method. Petrus was also able to pick up a 5 pound Largie and 3 smallies all caught by placing flies behind boulders. This was a big surprise to us as Day 1 was usually slow fishing. Clearly we were onto something.

The next day we were off to a fast start. While fishing a stunning piece of flowing water Gabe managed to get into another Largie and at the same time Tiaan Dercksen was able to pick up a nice 6 pound smallie within meters of where the Largie had just been caught. That afternoon Tiaan also managed to land the biggest smallie of the season that weighed in at exactly 8 pounds. The rest of the day was followed by a number of smaller largies and smallies resulting in an active day of fishing

The following day was a lot slower. Gabe was able to pick up a Smallie early on in the day that gave a spectacular eat when it ate the fly as it hit the water. He then managed to pick up another small Largie while fishing a good looking side channel. The rest of the morning was quite until Tiaan managed to pick up a 4 pound Largie while fishing against the fragmities. Slow afternoons fishing made us realize that it wasn’t always going to be easy.

On the 3rd night while sitting around the fire we caught a glimpse of a small parabuthus (scorpion). After we lost interest in our small arachnid companion we proceed in our camp fire conversation until Kyle felt something crawl over his bare foot. This was met by a very calm Limpopo resident who said, ” I think a Scorpion just crawled over my foot.”. This resulted in a sudden urge to put on a pair of closed shoes. When a UV torch was shone over the camp it we noticed that we were surrounded by a number of Scorpions which made us step carefully to bed.

Orange river hurricane – but the lads got their fish

The next day we were met by the strongest wind of the season. Even so Gabe managed to pick up another double digit fish when he landed a stunning 10 pound Largie. Tiaan also managed to land an awesome 8 pound Largie as well as a smaller 4 pounder. Battling through the strong winds Petrus was able to pick two more sizeable smallies before closing off the drift.

A number of big smallies, two double digit Largies and some great strategic changes to the  fishing made the 5th week one of our best drifts of the season. Fishing continues to improve as our season continues as we search for spectacular fish.

Get in touch by clicking here to find out more about the Kalahari Wilderness Drift. 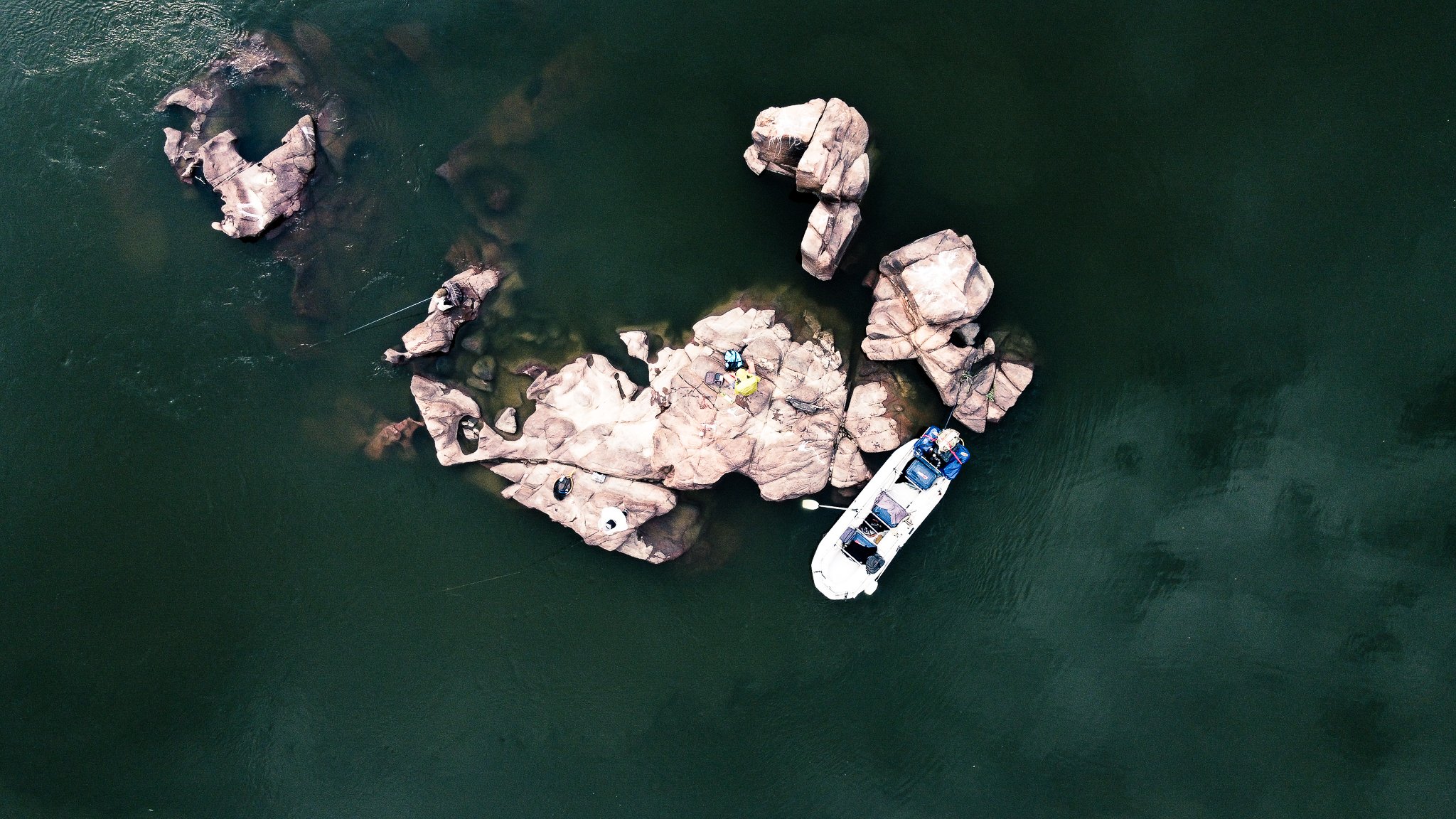 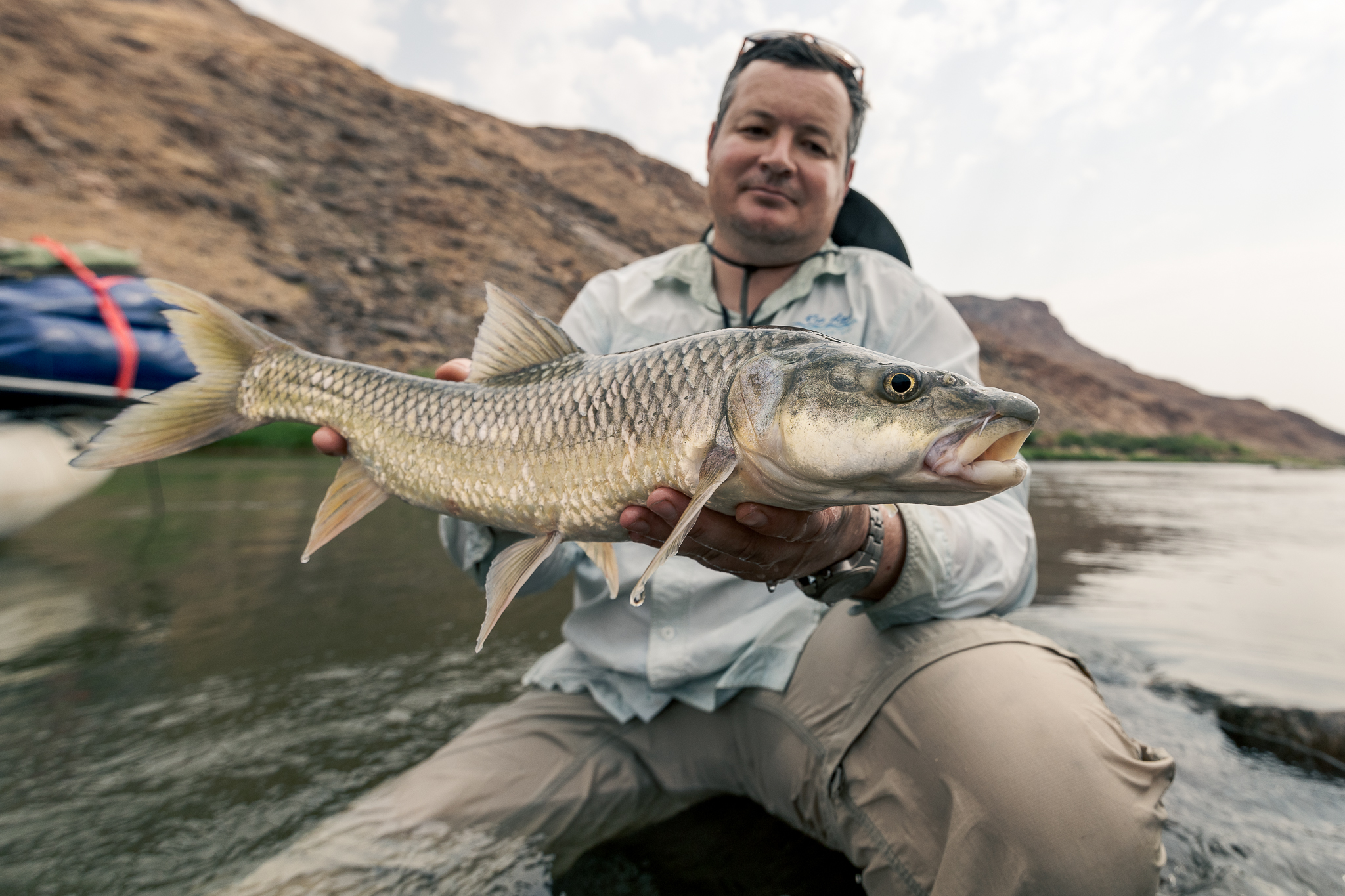 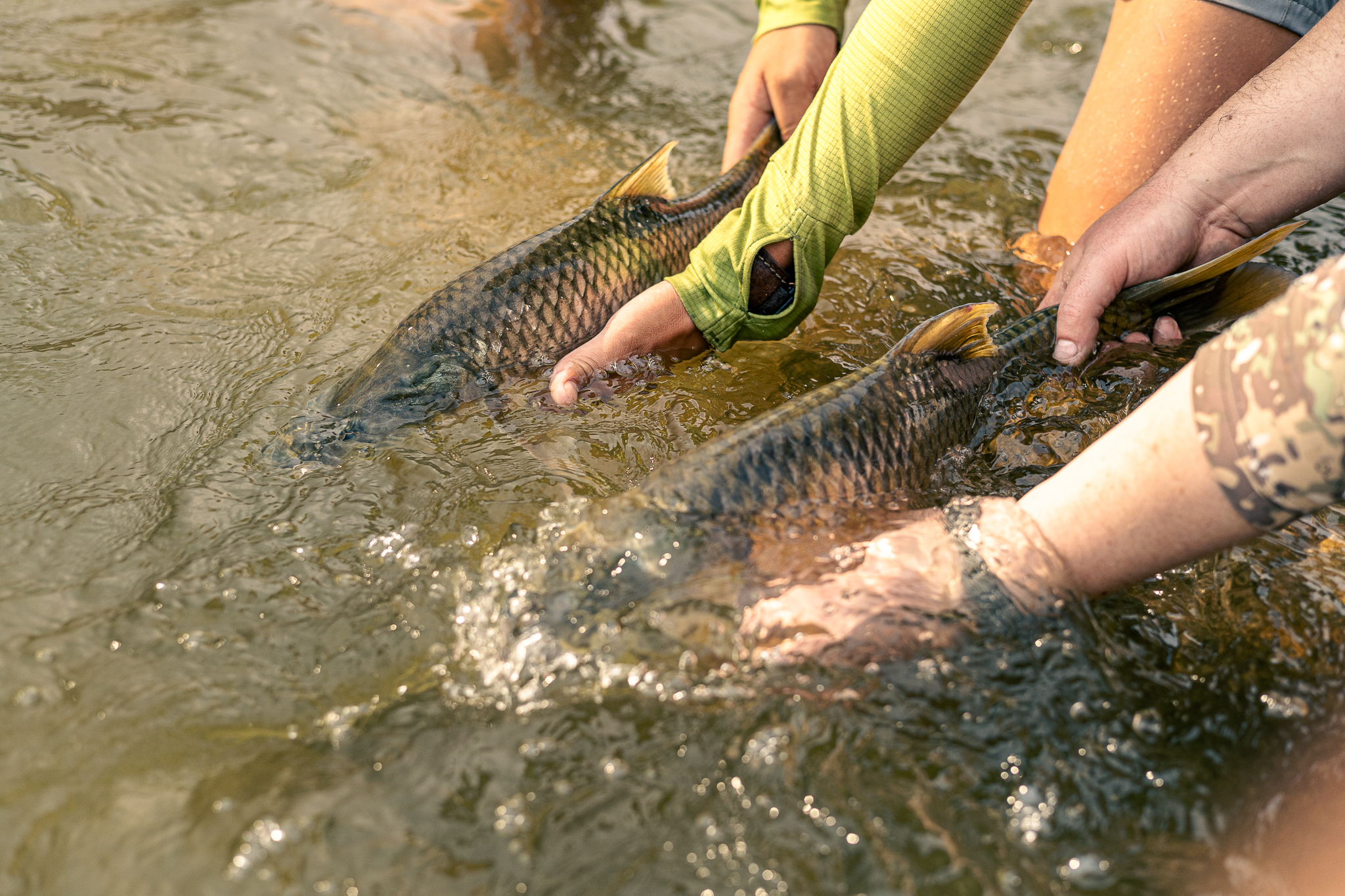 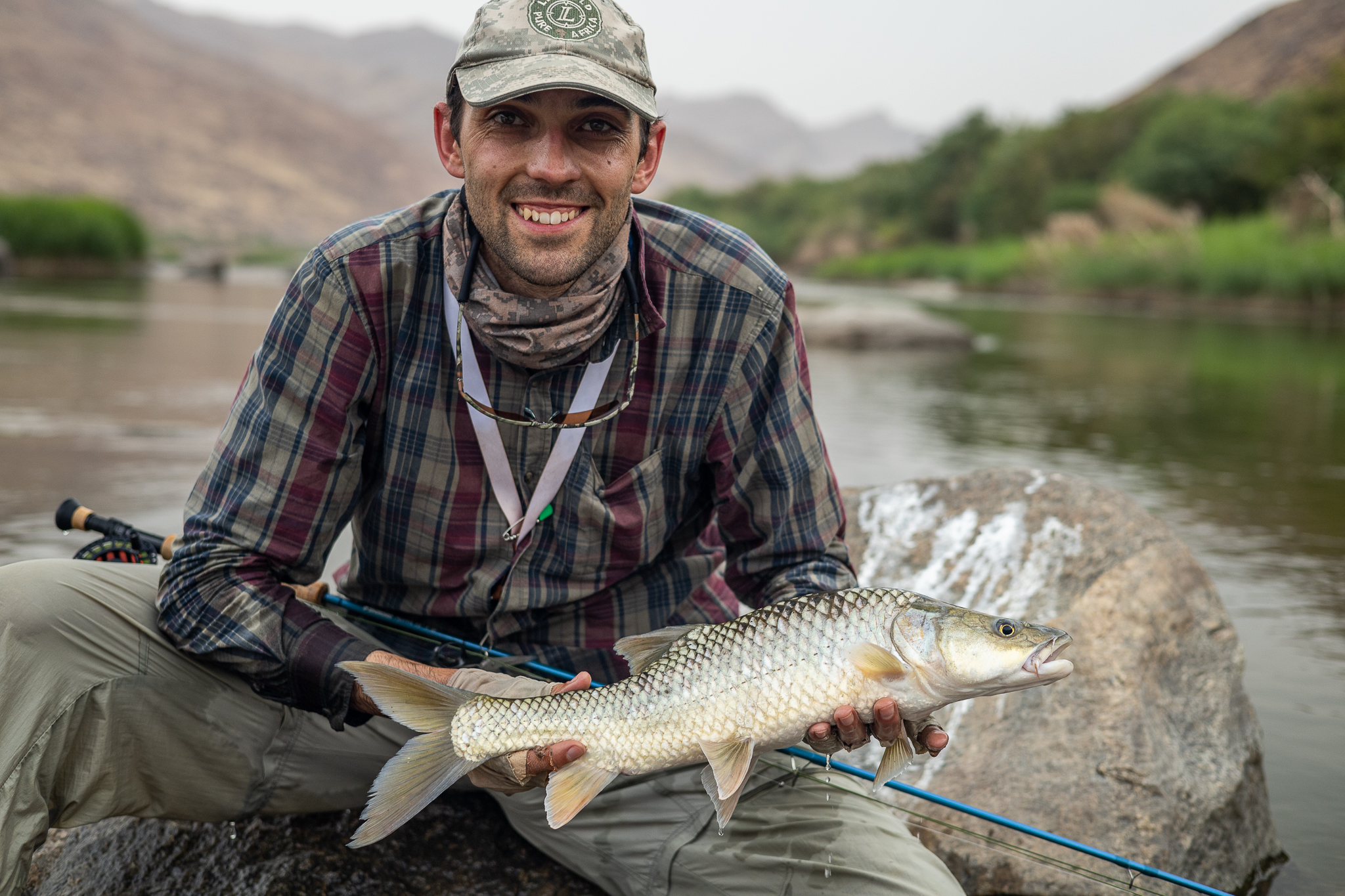 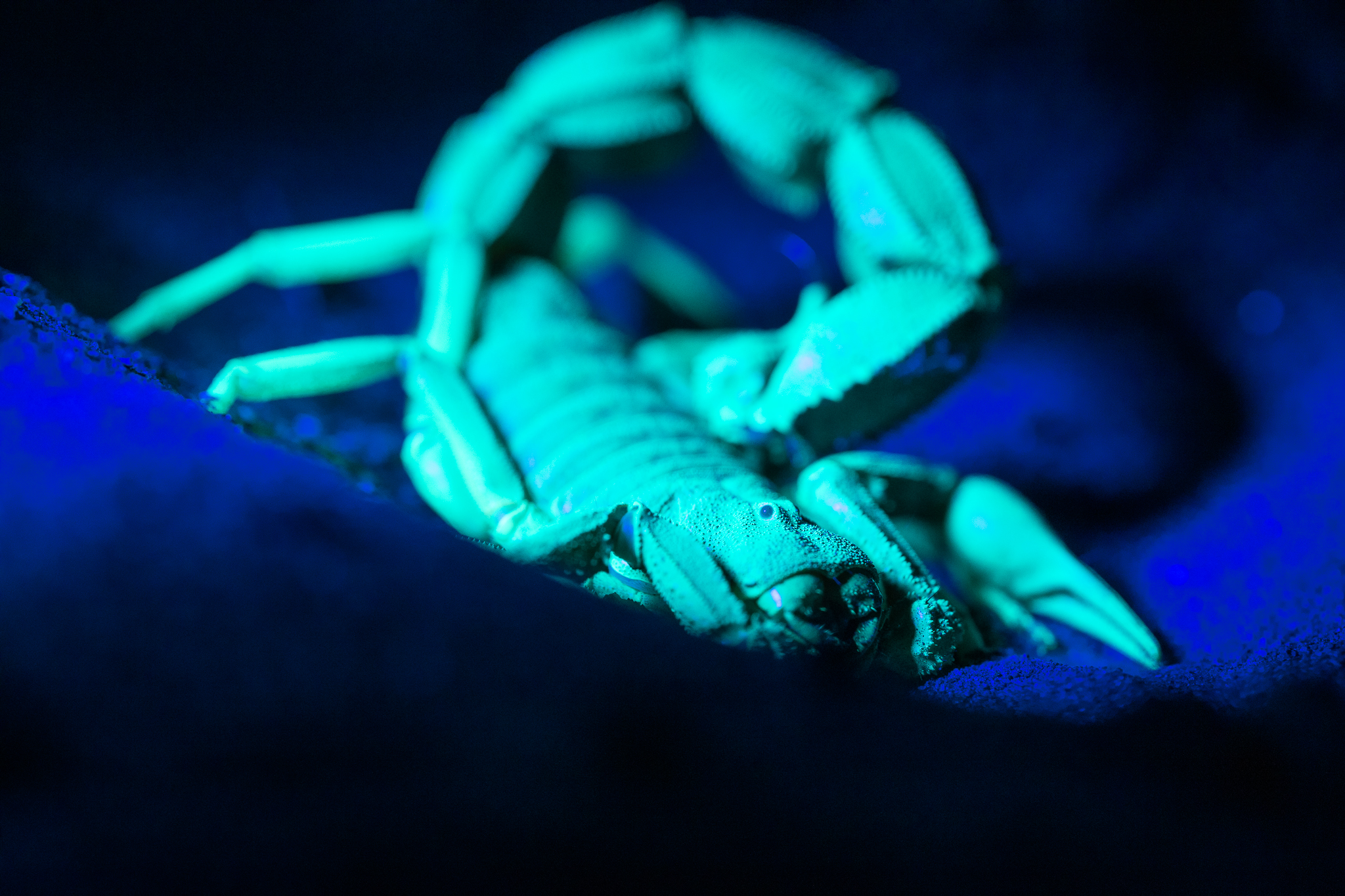 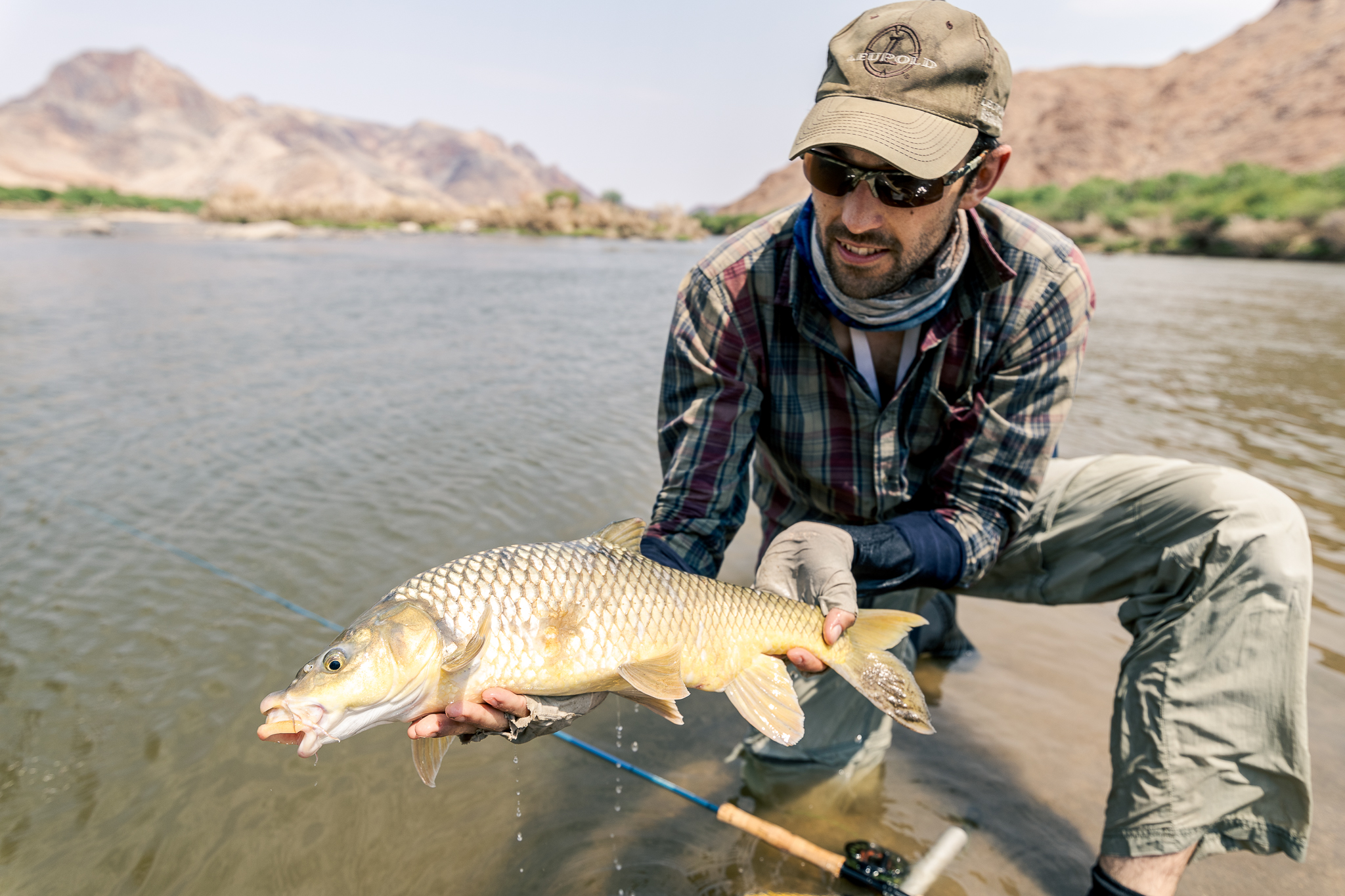