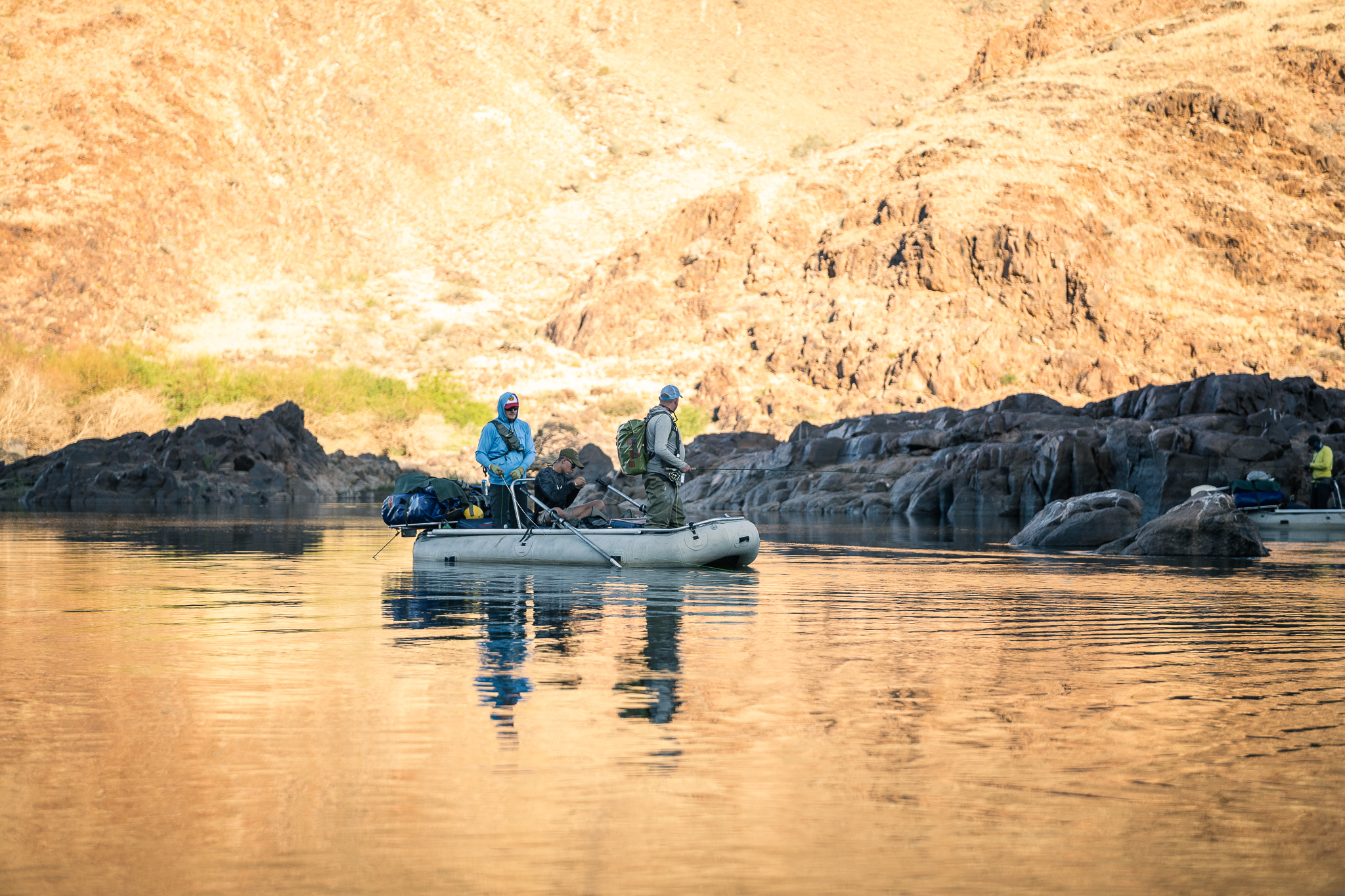 Some thumping tunes, a minibus full of excited guys, and a few empty beer cans, signaled the arrival of the first group of the 2022 season. It was clear that the 2022 Kalahari season going to get off to a great start. Hitting the water on day one we quickly realized that our quest to land the evasive largemouth yellowfish was not going to be easy this season. Day one ended with no fish being landed, yet moral around the campfire was still high.

Smallies and Muddies make an appearance, but the largies remain elusive!

Day 2 began with much excitement to the thought of the promising water that lay ahead. To get to the water that we were sure held the fish that we were looking for we first had to head down the one and only challenging rapid of the drift. As pack rafts and river competent guests in crocs shot the rapid with ease, they were soon followed by guides in heavy set oar rigs that were maneuvered down the rapid through the road less traveled facing the wrong way. Once everyone was settled, we began fishing our promising water.

As expected, it was not long before James White AKA Whitey was into the first fish of the drift. An Orange River Mudfish. This in turn was followed by much banter at Whitey’s expense. This was soon followed by an impressive number of smallmouth yellowfish being caught, where everyone was able to get themselves on the scoreboard. Day 2 in the Kalahari ended with satisfied guests indulging in a superb Lion larger marinaded roast leg of lamb, but a Largie was yet to be caught.

The largemouth yellowfish finally show themselves in the Kalahari!

With high hopes leading into Day 3 Whitey went tight while swinging a streamer into an eddy and was handsomely rewarded with the first largemouth yellowfish of the trip. This was a massive confidence boost for the group. Not long after Dale Felton was able to land a Largie while fishing a piece of slow-moving water. Later, while fishing a sharp drop off against a well-structured rock wall, Nick Gunning went tight on the swing. “I’m on!” echoed across the water.

Waiting in anticipation to identify the fish that had been hooked we were pleasantly surprised at the sight of what was at the time the 3rd and biggest Largie of the trip. This was soon followed by a Largie of similar size when Andrew Lewis went tight while fishing a beautifully structured miniature tail out. By the end of Day 3 we had now landed a total of four largemouth yellowfish. Spirits were high as we ate dinner in our pristine campsite accompanied by ice cold beverages and perfect weather conditions.

Day 4 was yet another productive day on the water with another 4 Largies being landed by the team. Andrew was able to pick up two Largies while fishing a well-structured piece of water. Dale and Nick also managed to pick up a Largie each. Meanwhile Jonathan Persona landed on one of the larger smallies of the trip, ending the day a success.

Ending with a Bang!

Day 5 meant it was our last chance to land some fish. By putting in the hard graft Andrew was able to pick up one of the biggest Largies of the trip. Leaving him extremely satisfied with his orange river drift. Going into the final hours of the drift Jono was yet to get his hands on a largie. While patiently fishing a quite pool line whistled as it ripped through the water. After a good fight we were rewarded with a with what was probably the biggest largie of the trip. This gave Jono the ideal ending to his 2022 drift. Not long after Whitey was able to able to add another largie to the scoreboard.

That night around the fire stories were exchanged whilst a legendary fines evening took place bringing the first drift of the 2022 Kalahari Season to a memorable end – if you would like to be part of this amazing experience, click here! 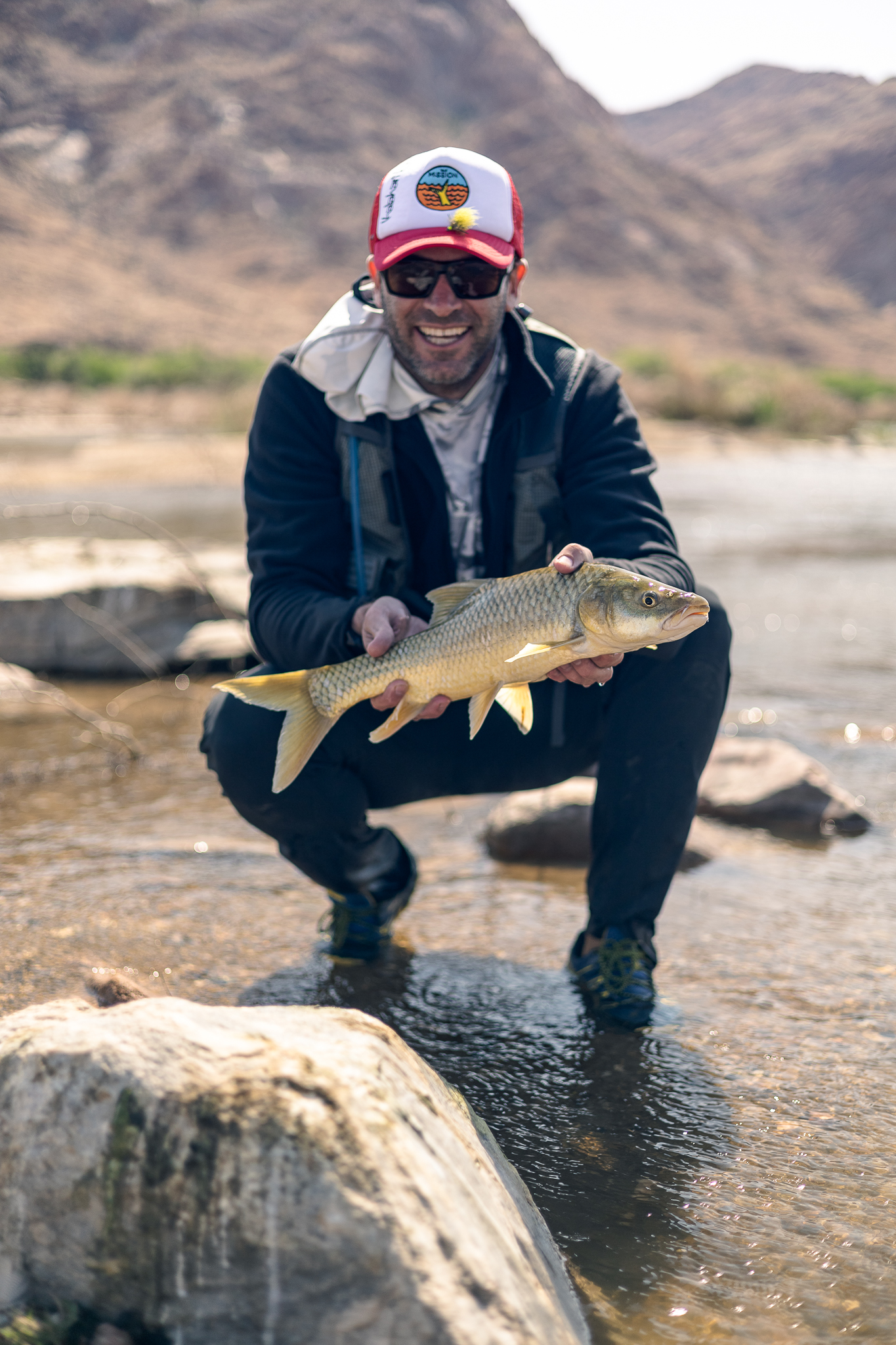 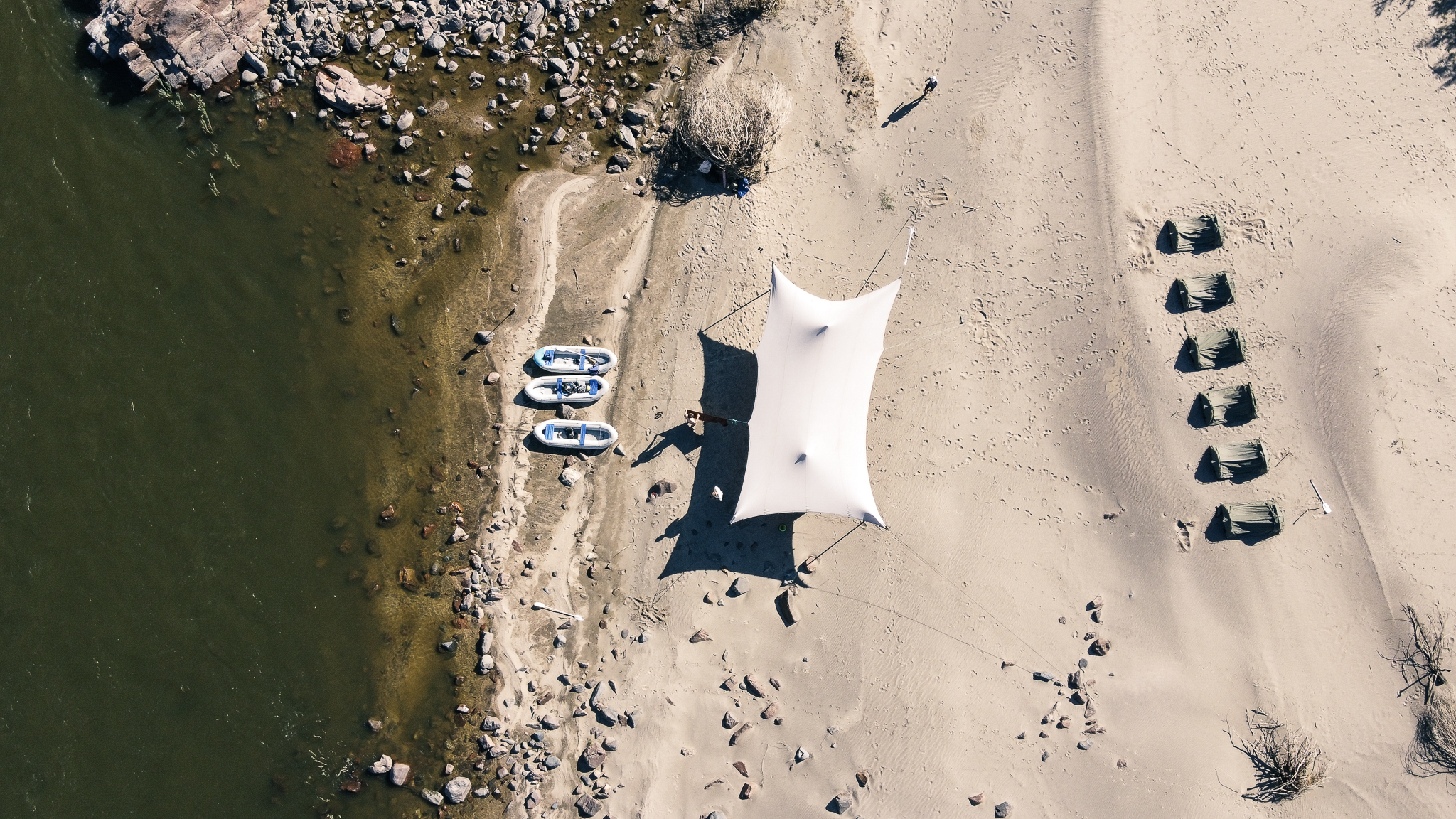 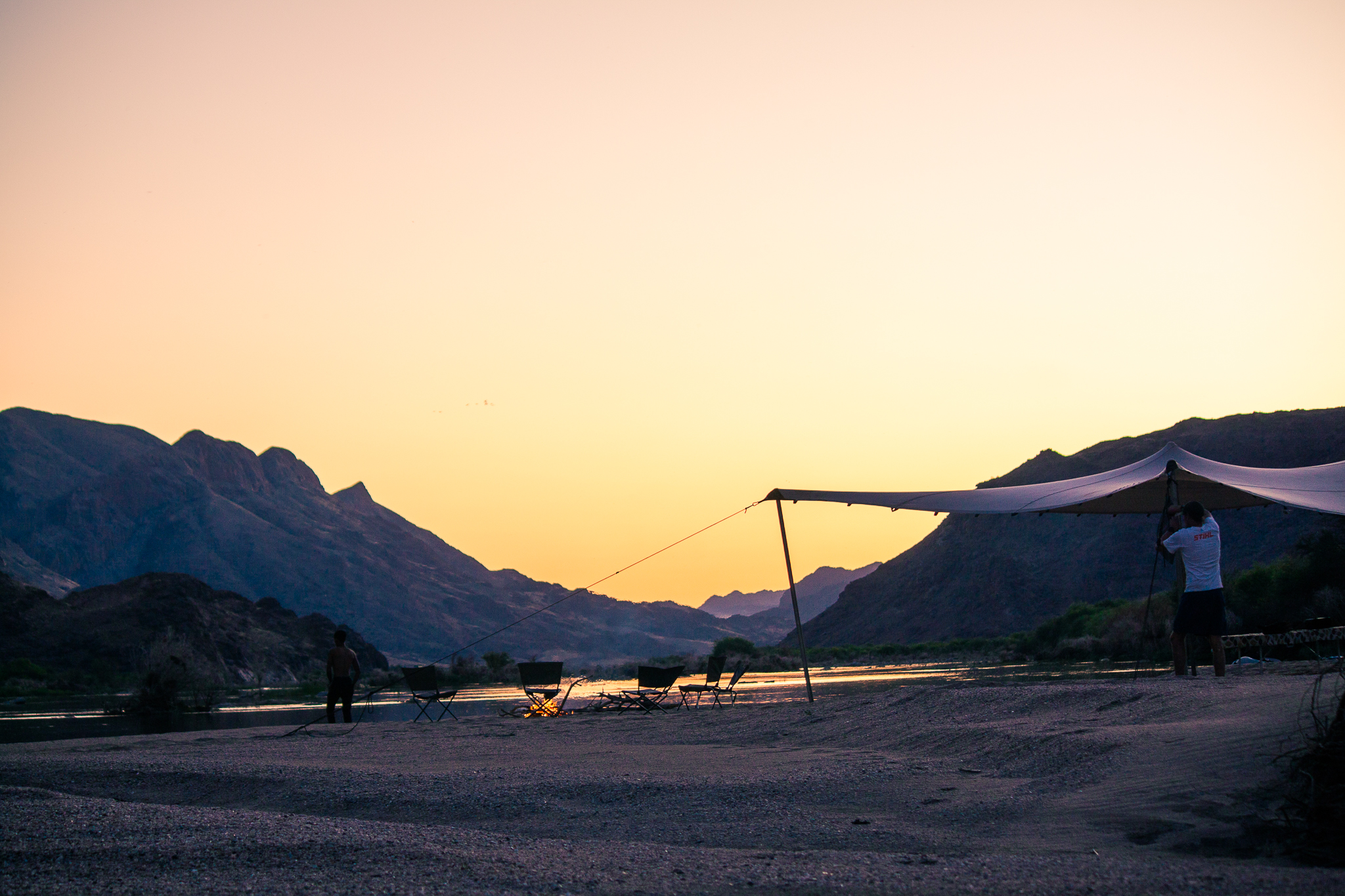