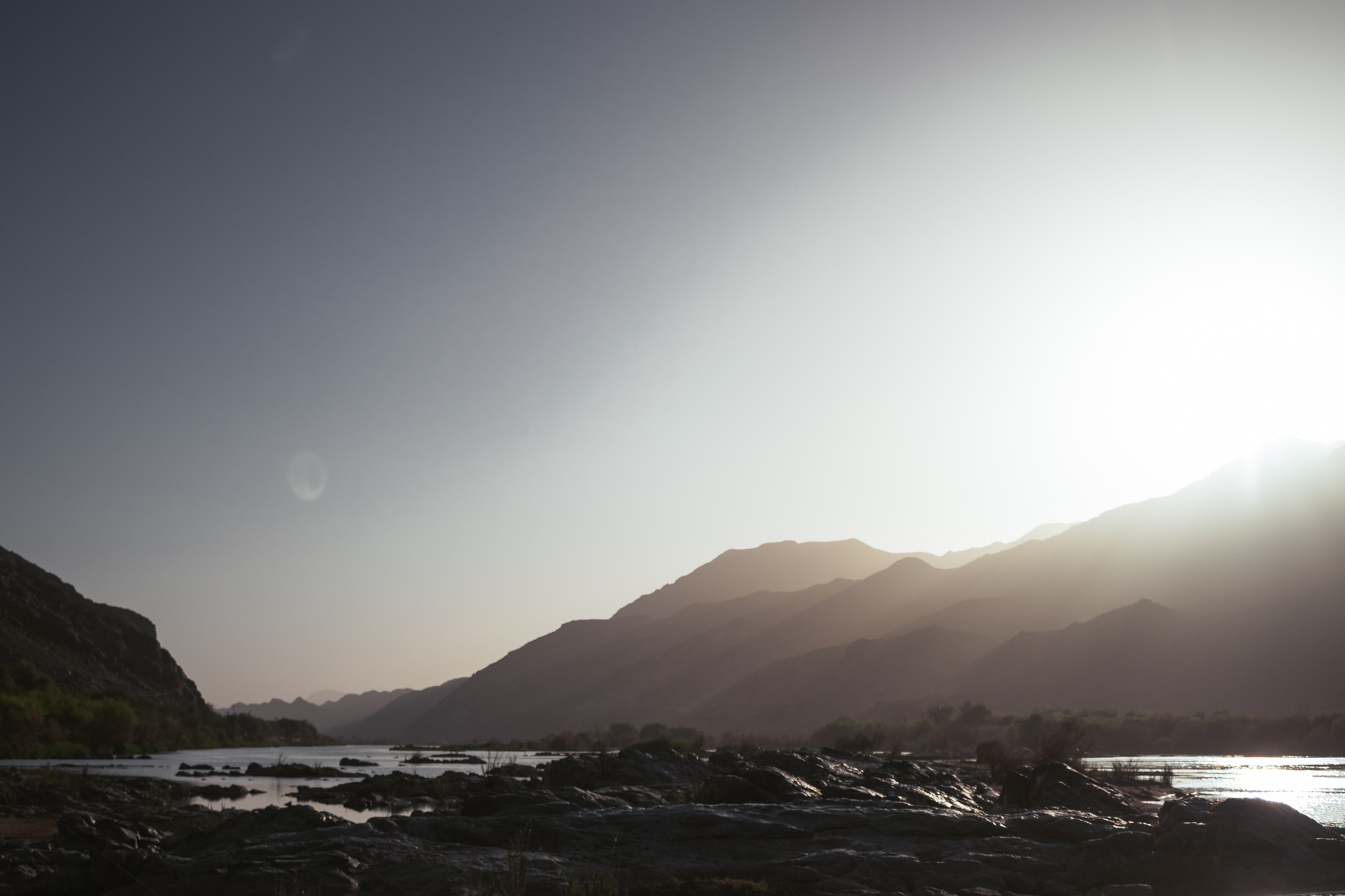 Heading into the eighth week of the Kalahari season with another new group of keen guests who had never fished the orange river, expectations amongst the guides were high following the previous weeks increase in volume and size of fish. We had that feeling that something special was going to happen, the river felt alive, it felt fishy. There were plenty signs of big fish rolling on the surface and the average size of fish coming out was defiantly getting bigger.

Once again the wind came through on the first two days making it tricky to fish from the oar rigs, due to this we focused on specific points of river that could be fished from the rocks or sand banks. Late afternoon on the first day saw the fish turn on in the low light, several respectable largemouth yellow fish came out as well as a very large fish of 16lbs, this fish was caught right in the tail in fast water as the cast swung over a large submerged rock- after leading the fish out of the tail to safer water for fighting a large fish, it put up a great fight stubbornly keeping its head down with big nods it pushed upstream to the head of the pool where it was landed, What a way to start the trip. It didn’t end there, the guys had a few shots at good fish unfortunately just not making it to the net. Throughout the week many largemouth yellows were caught with a record number of these beautiful fish for the 2021 season so far. The small mouth yellows were also around but not as common as the previous two weeks, large numbers of smaller fish were caught on nymphs as well as a few on streamers.

After an enjoyable week, everyone managed to tick off their first largie. Apart from the fishing everyone was able to relax and unwind on the beautiful orange river with good company and amazing scenery. 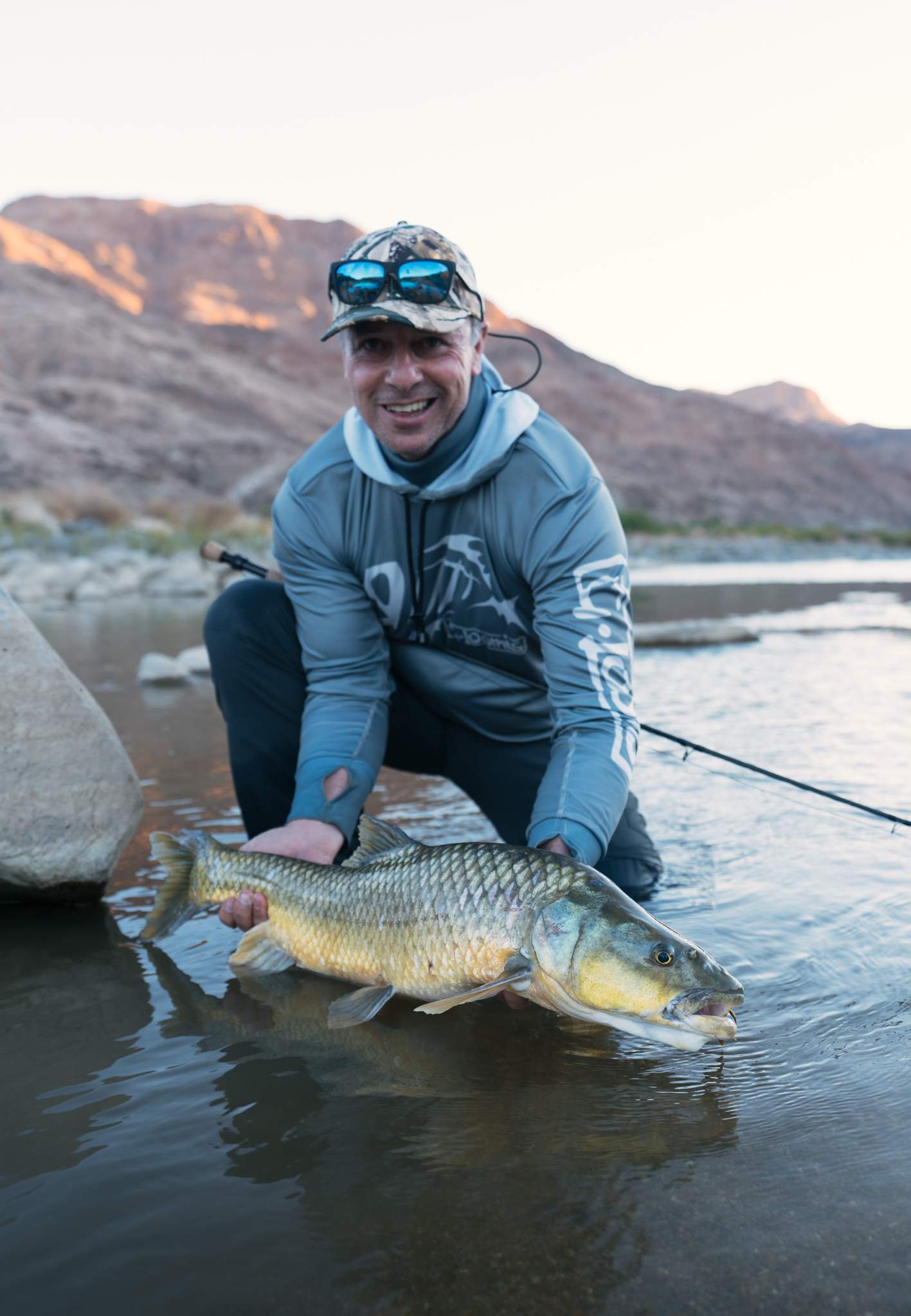 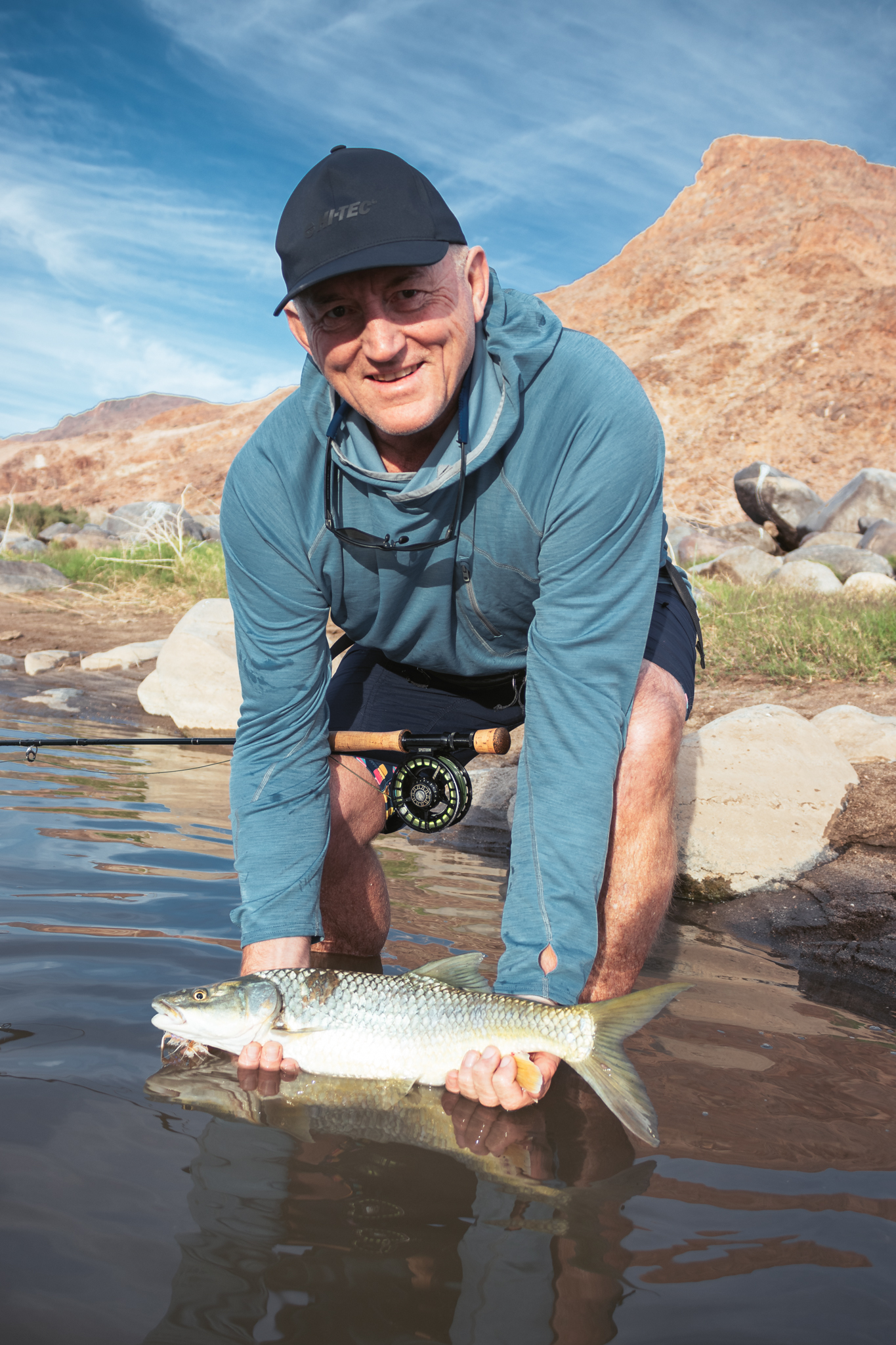 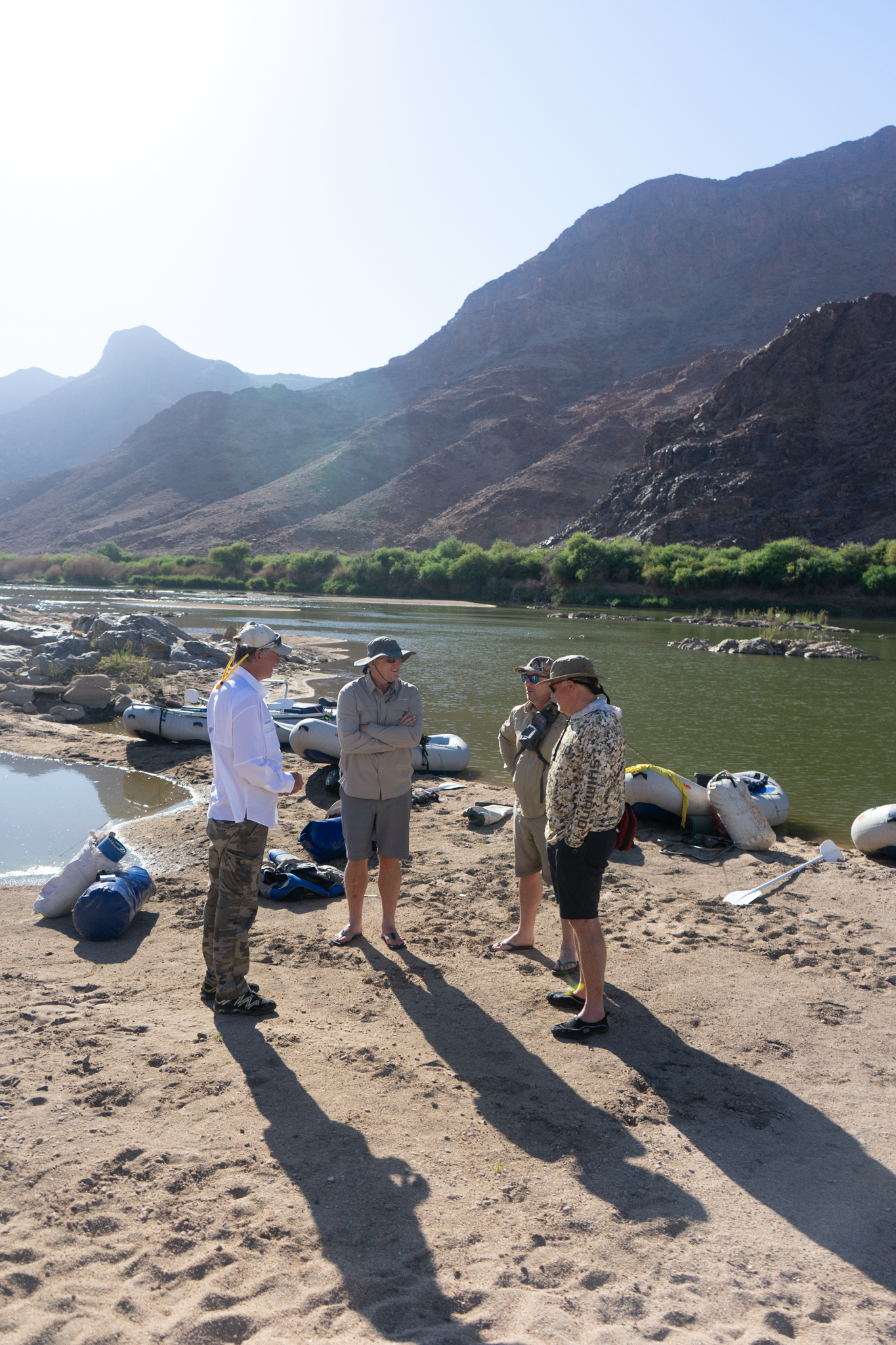 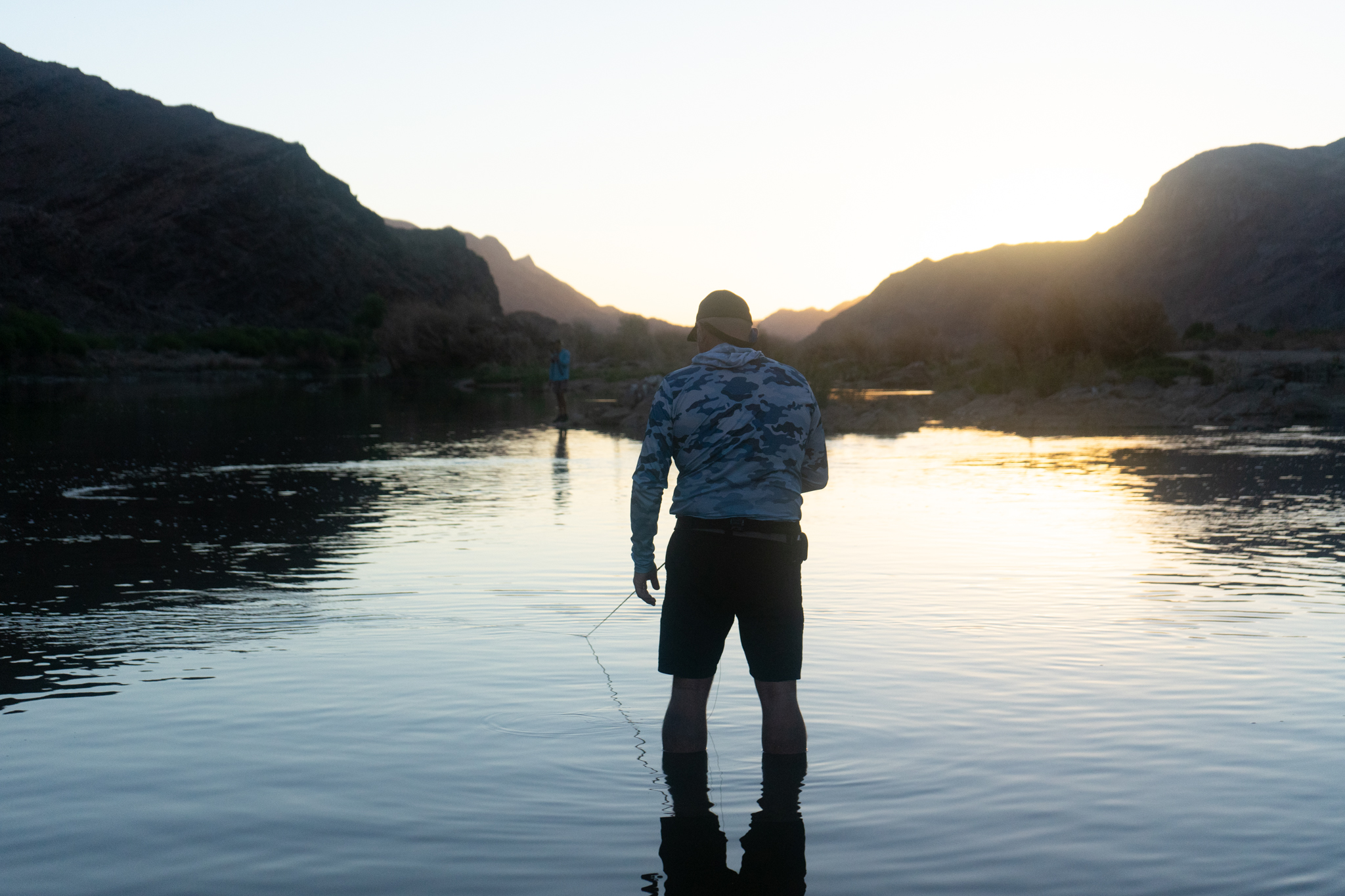 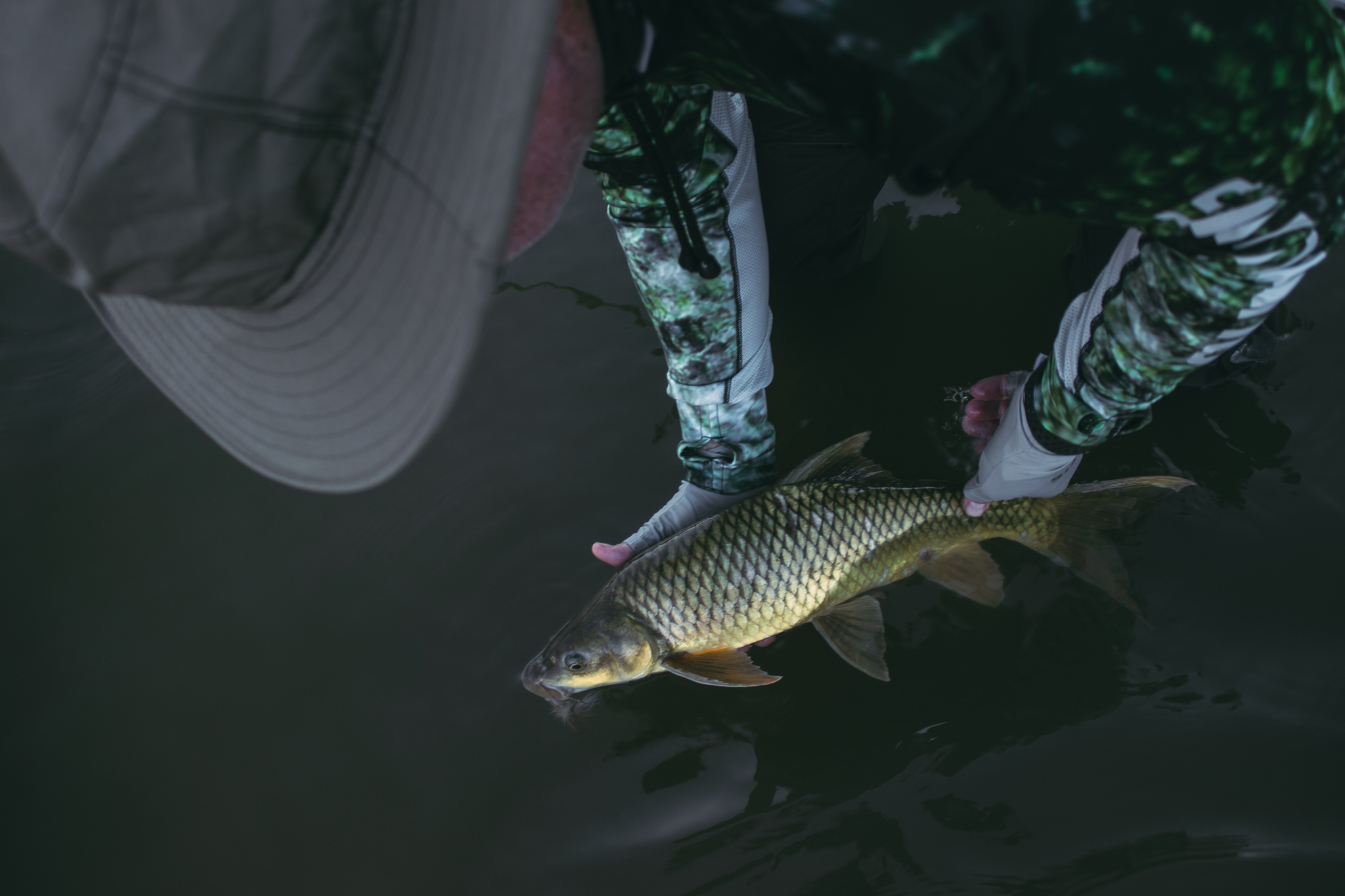 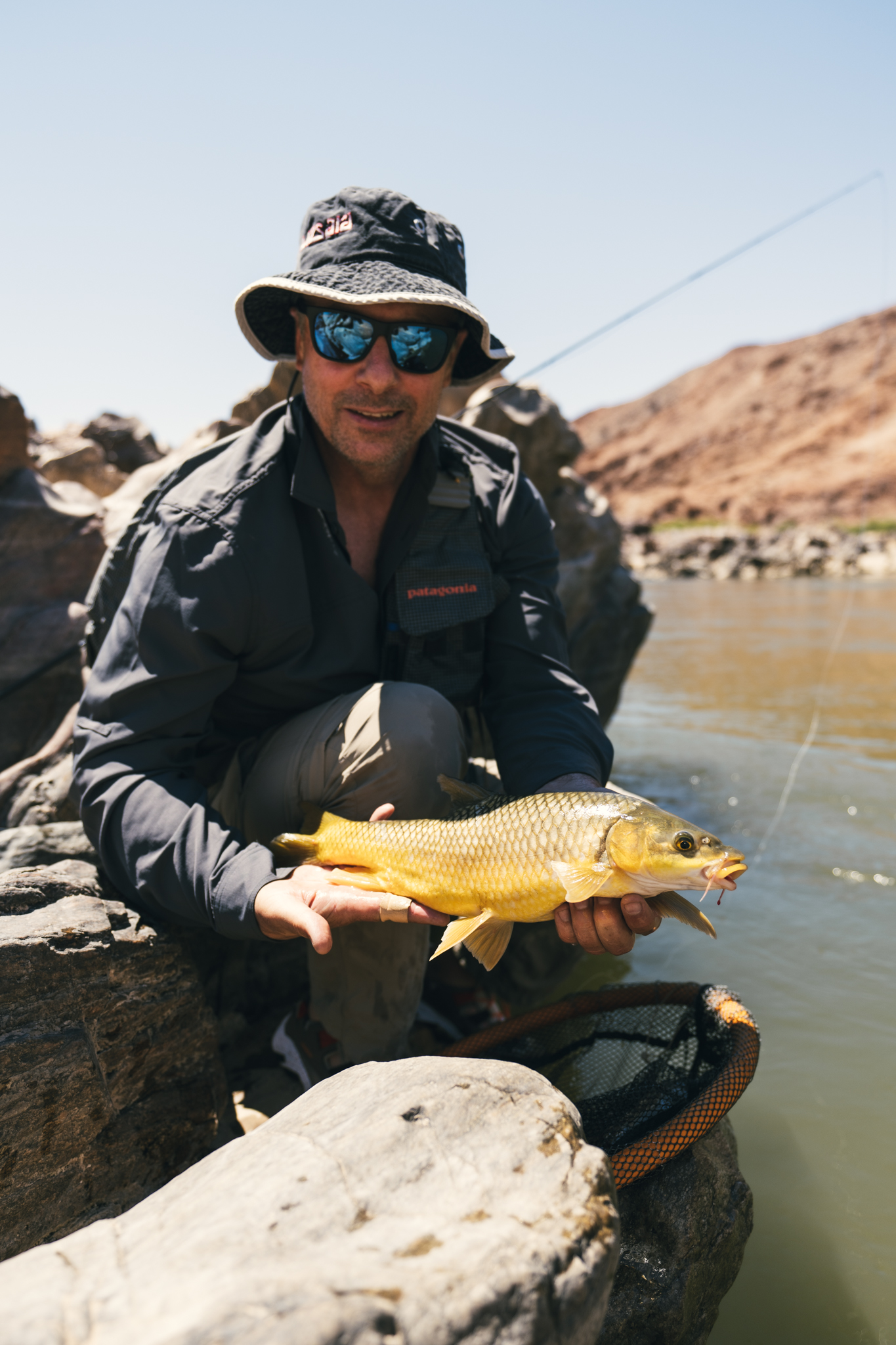 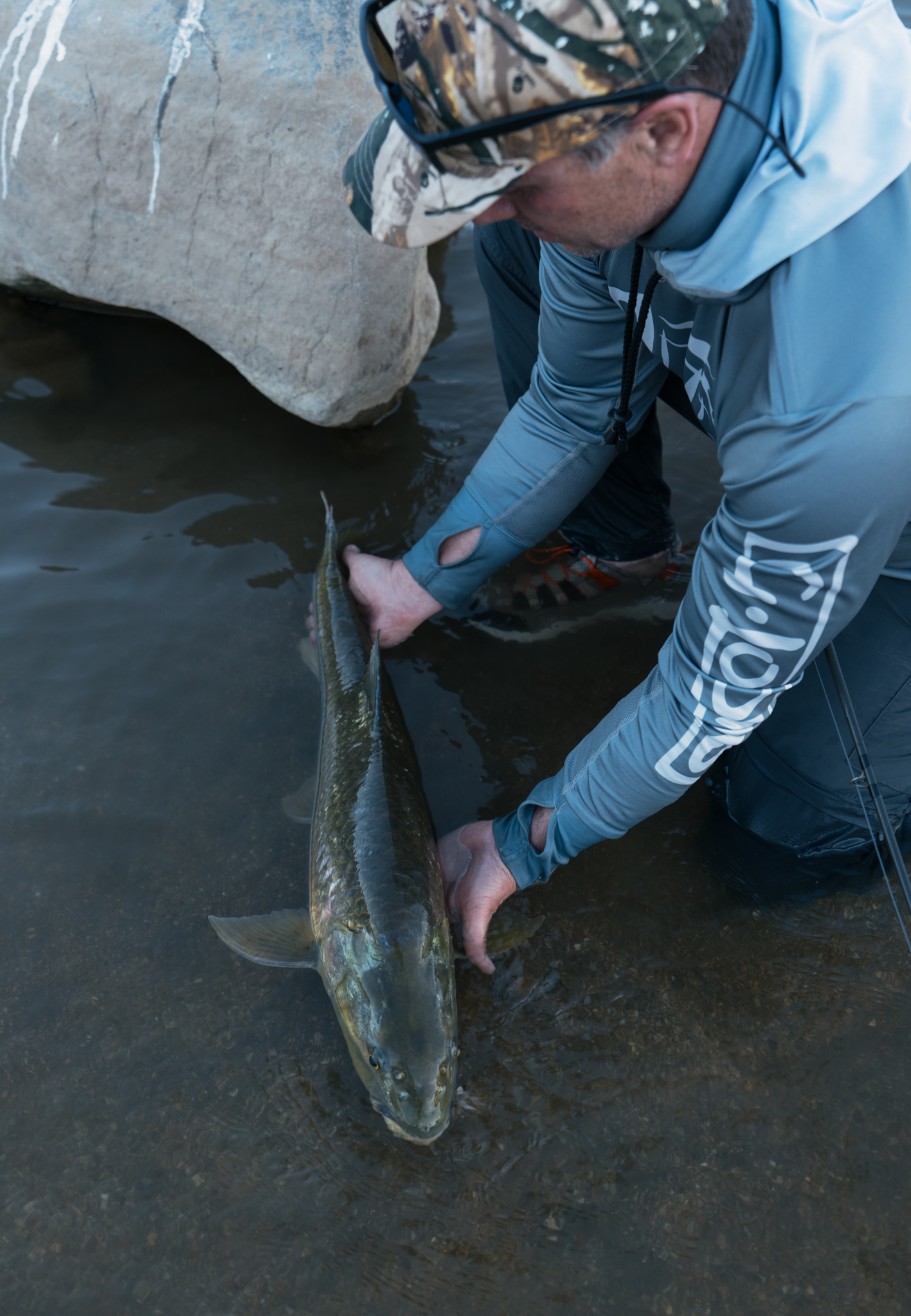 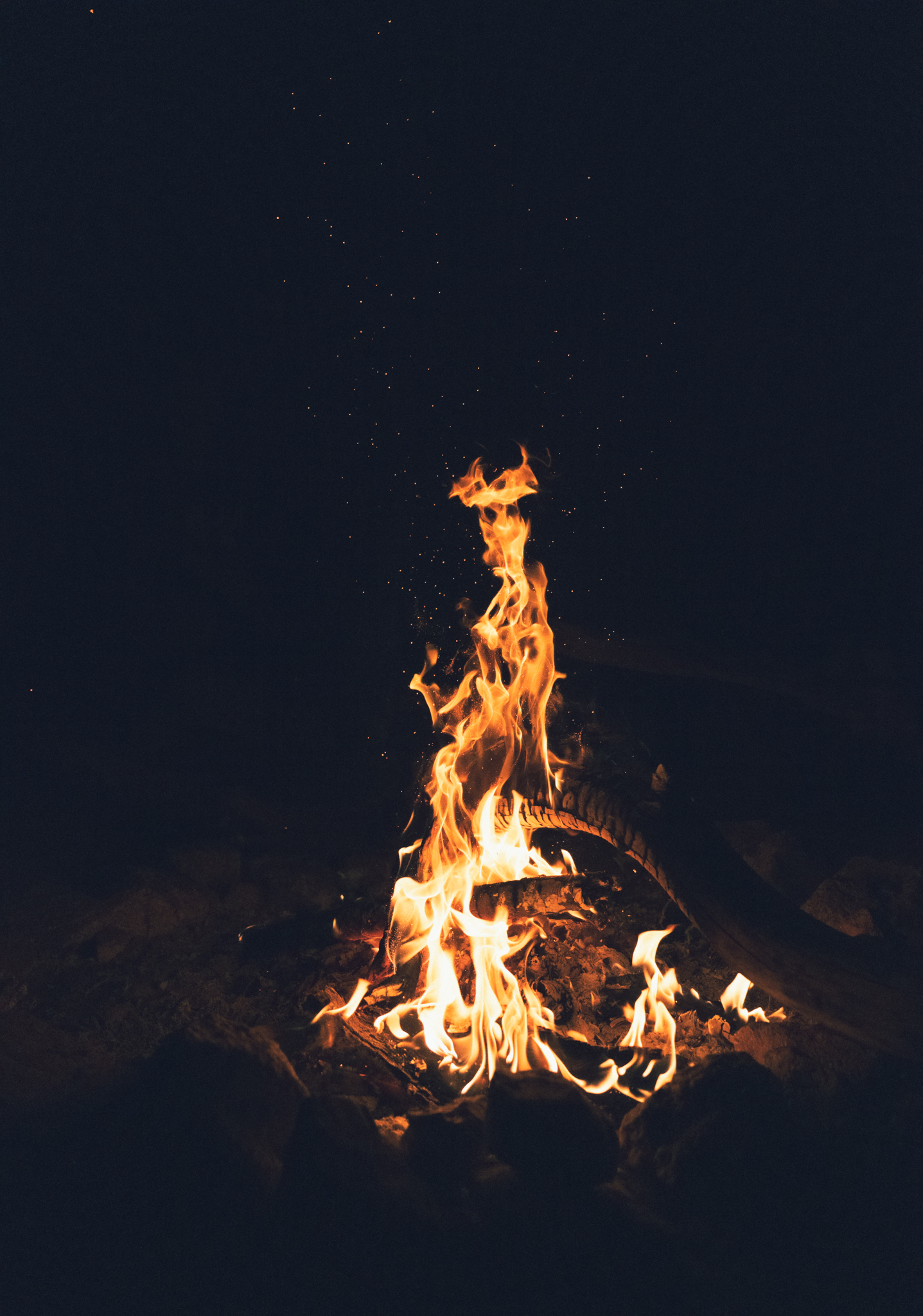 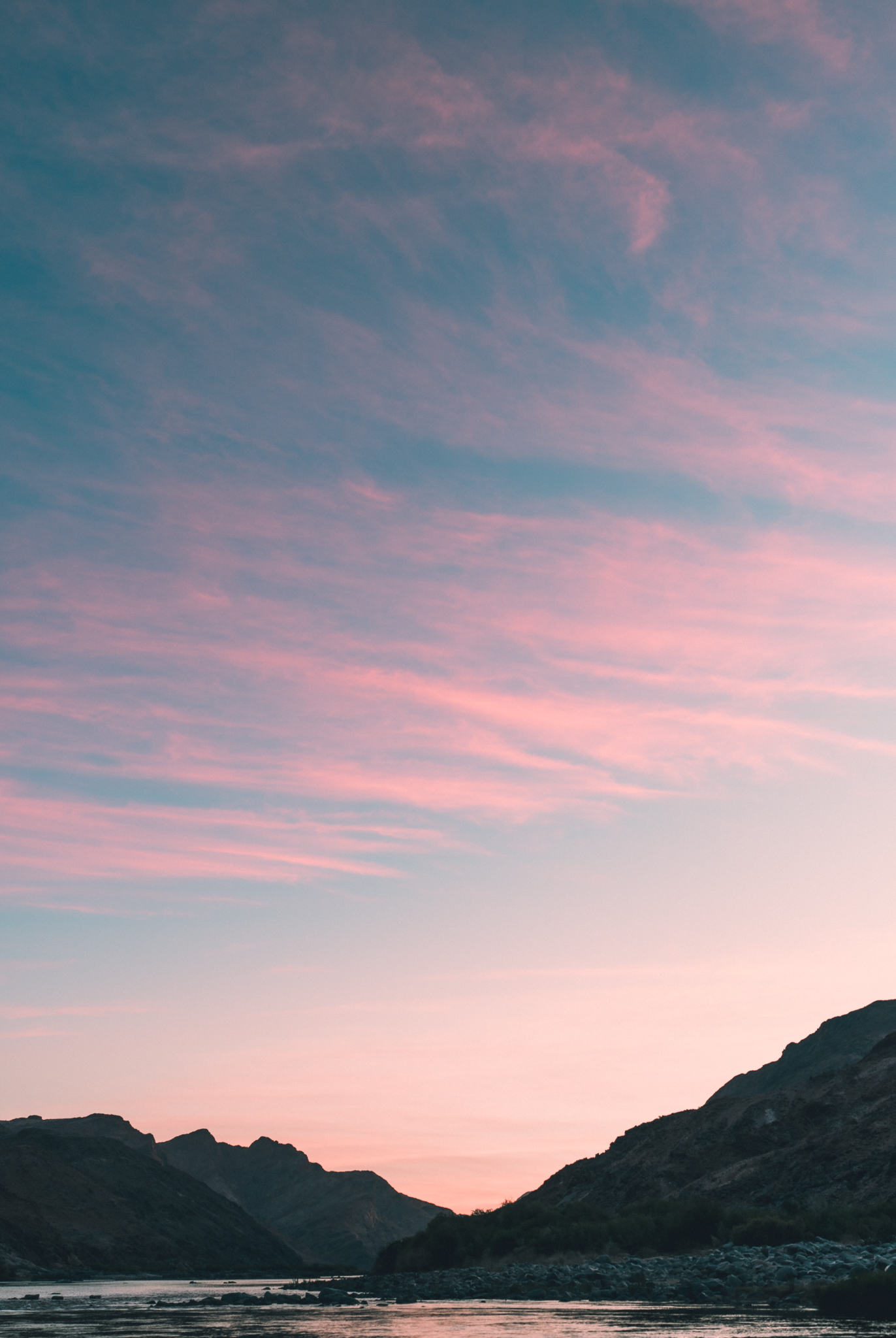 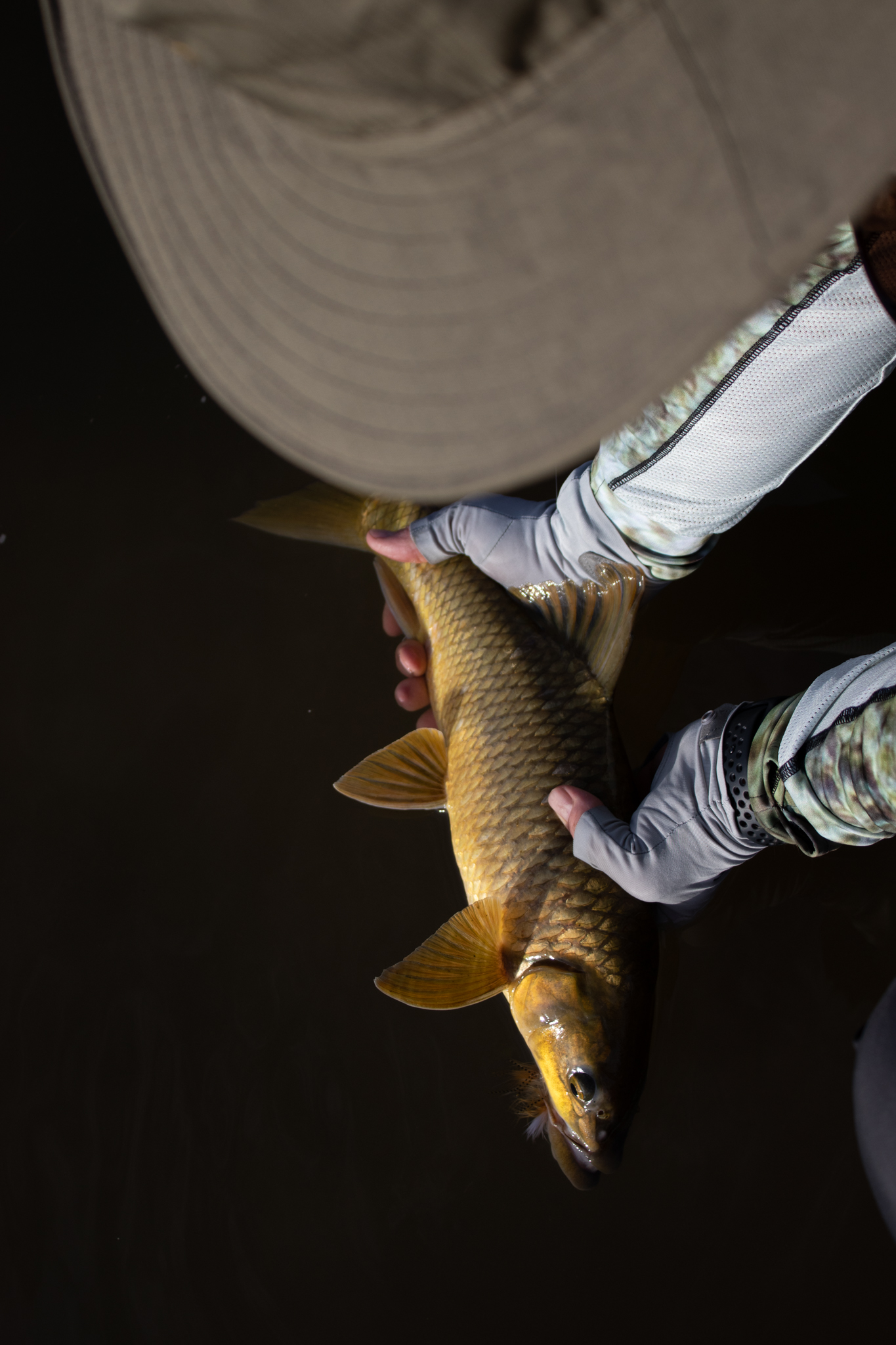 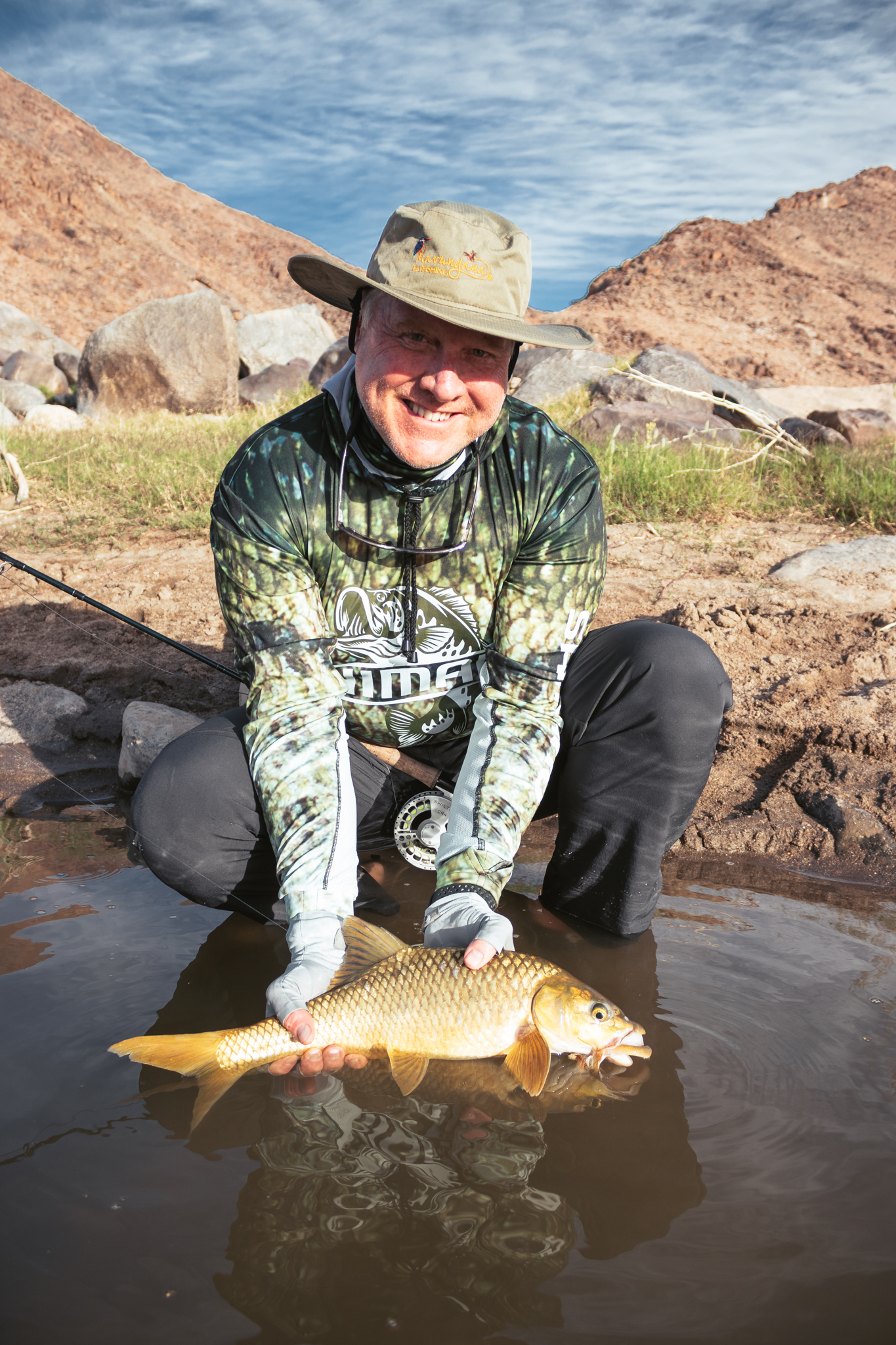 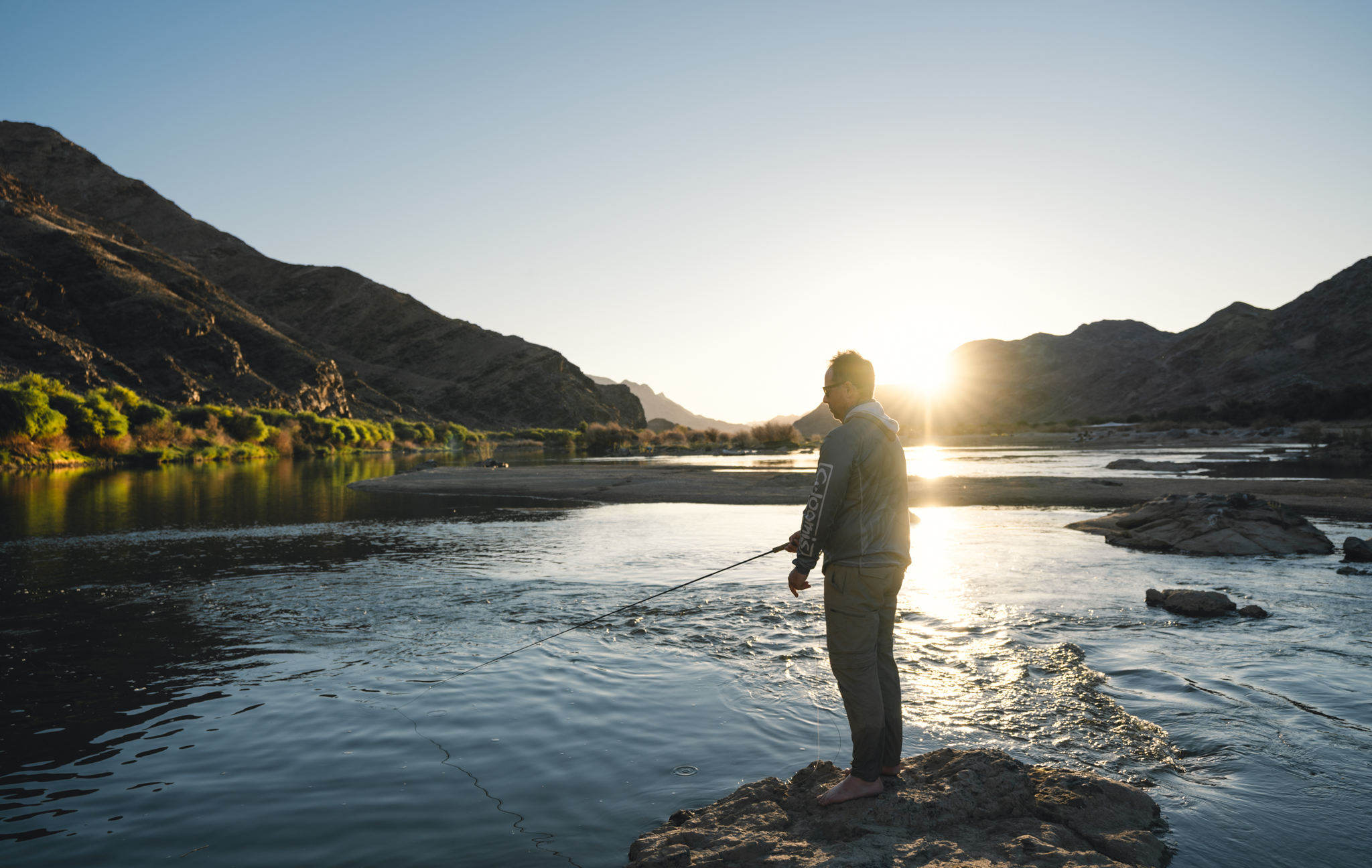 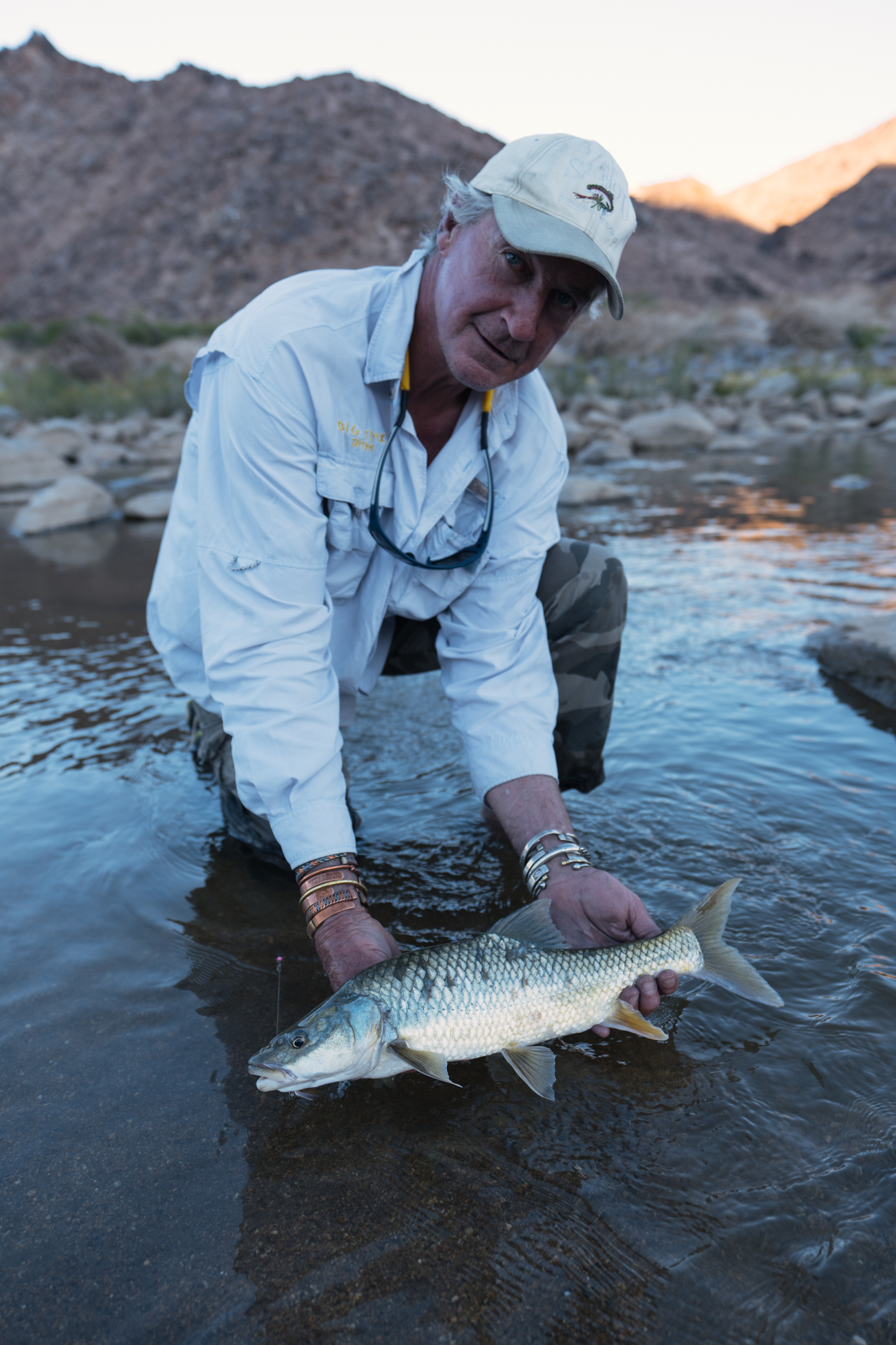 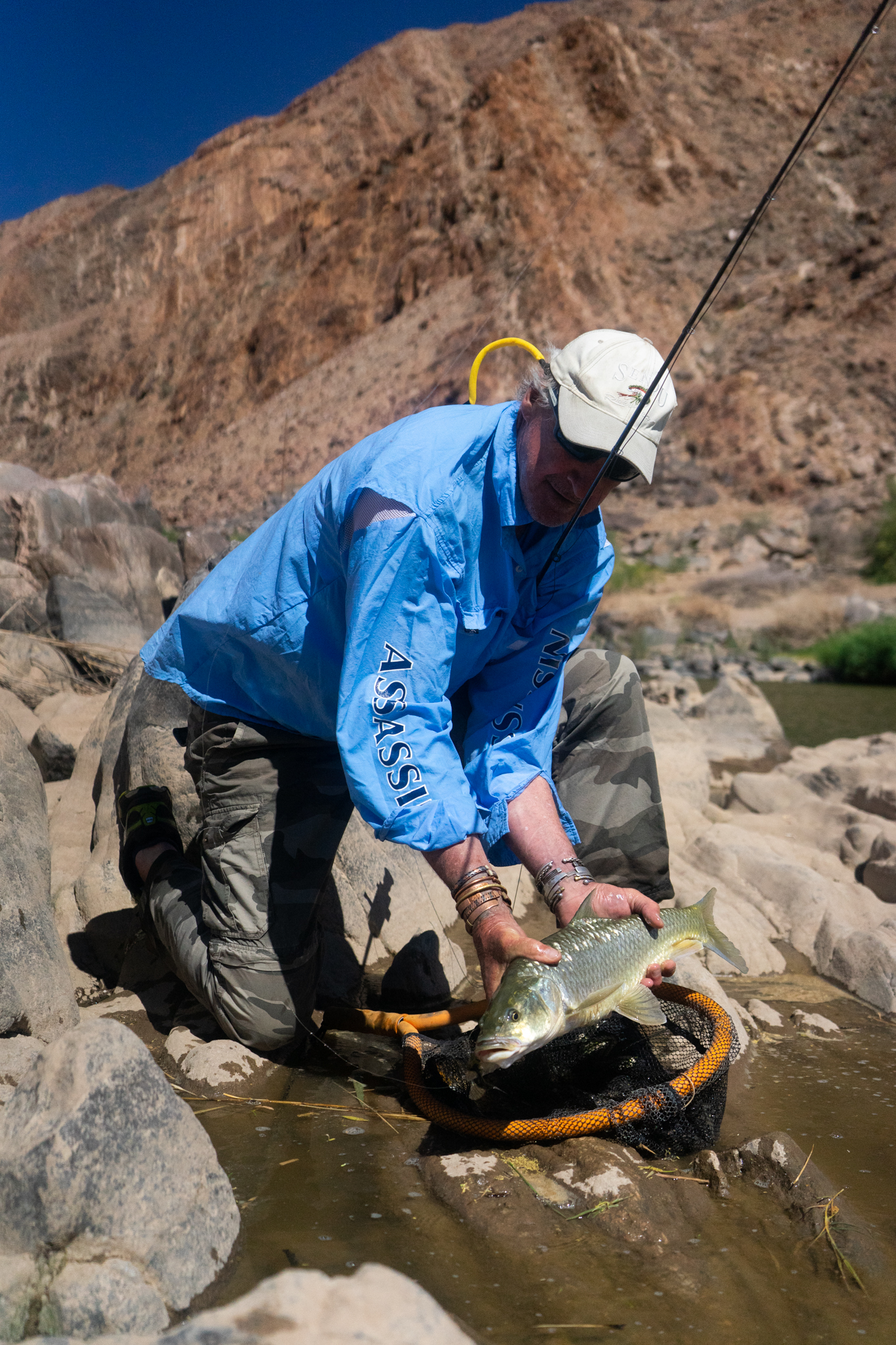