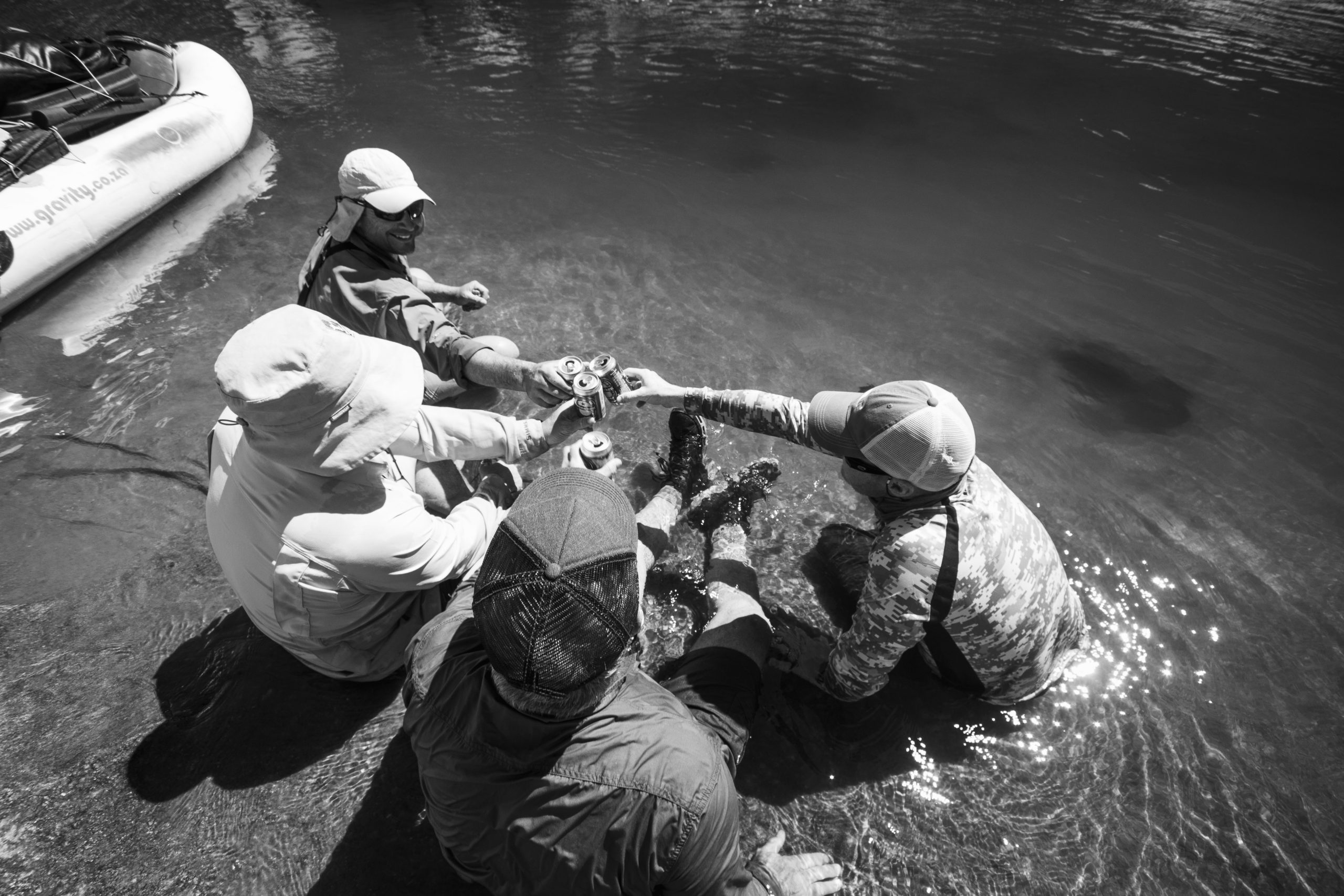 For the 6th week of the Kalahari Wilderness Drift season we decided to change things up. Instead of running the usual trip on the upper +/- 30km stretch of river, we decided to fish the gorge section of the mighty Orange – a section that has not been fished by African Waters for nearly a full year. Together with guest anglers PZ, Rassie, Piet and Maurice, we set off with a lot of excitement.

The gorge is a harsh environment and definitely not for the faint of heart. Steep cliffs with potholes and caves, big water rapids and loads of current. Not to mention portages that feels like a sadistic gym routine before abseiling the boats down a cliff in the heat of the Kalahari sun. That being said, very few people get to see the almighty Ritchie Falls, let alone fish around its deep fast flowing pools. It really is a spectacular place and a must see for any fit and able anglers.

Due to the strong water, we opted for ¼ ounce and ½ ounce bucktail jigs pitched up against the ancient rock structure, aiming to go really deep into the dark depths. The nature of the gorge makes it really tricky to fish a fly successfully. 99% of the time, everything just ends up in one big tangle and heaps of frustration. A few Largies came out to play and even some huge barbell (Sharptooth Catfish) were landed as well. The gorge is a tricky place to fish and one needs to be on top of your game, but we had loads of fun.

One of the most memorable nymphing sessions took place at the infamous ‘Big Bunny’ rapid, with nearly a fish per cast. Mostly smallmouth yellows but they do put up one serious fight. Once the bite would stop in a little run, you simply walk to the next pocket and the action would start all over again. Fish, land, photo, walk, repeat.

It was a really special week with loads of amazing memories and laughs. Both on the river, and around the camp fire at night. 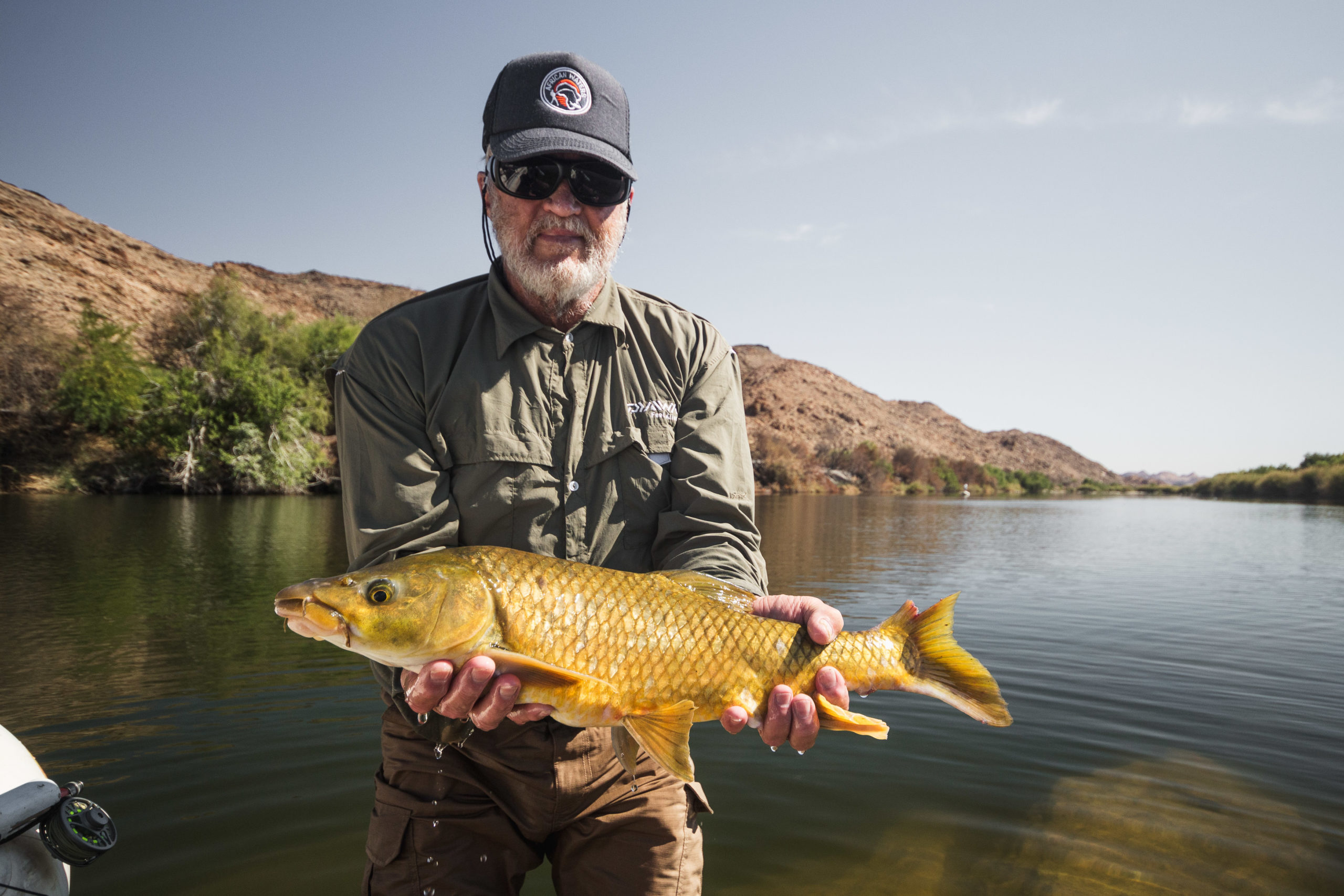 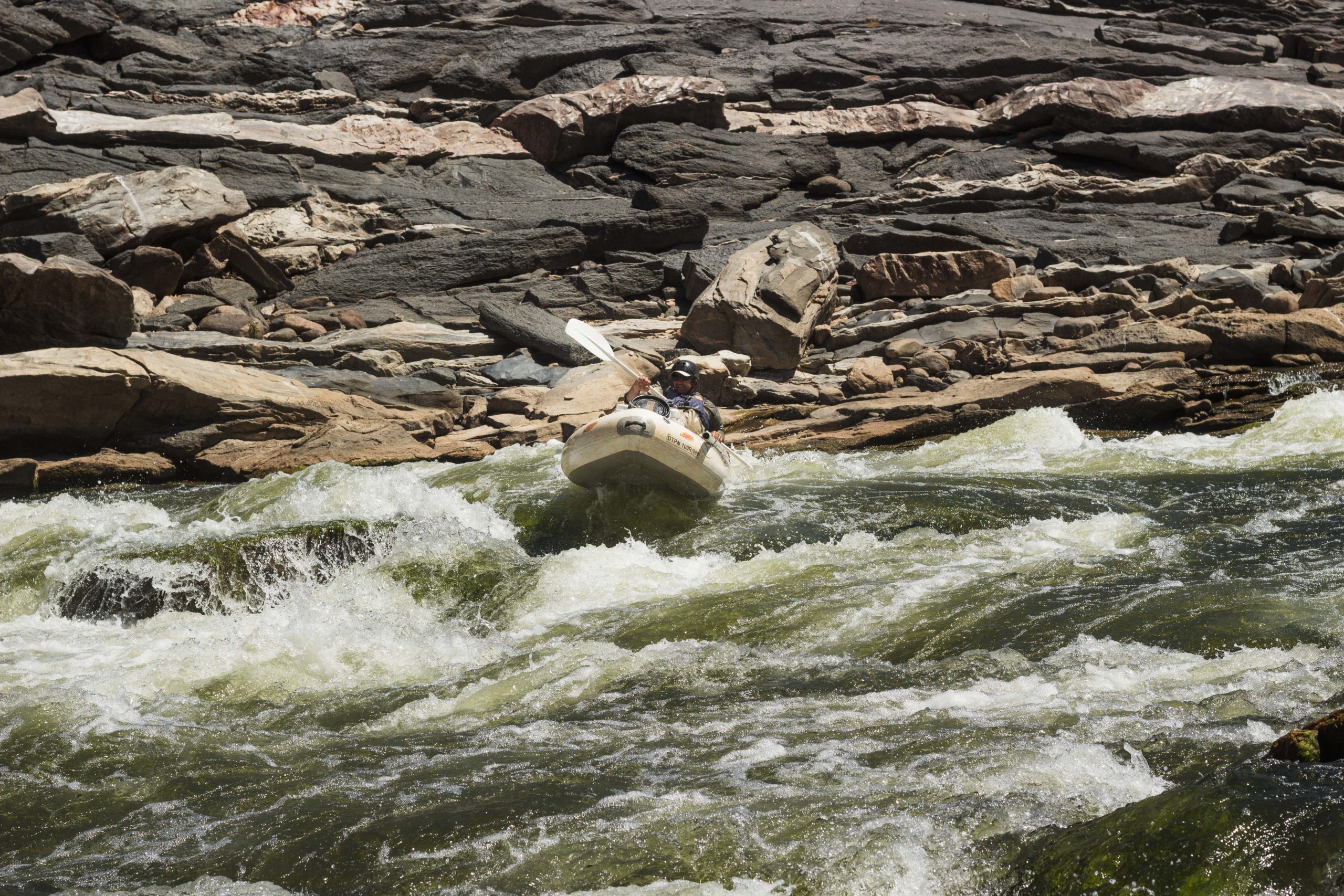 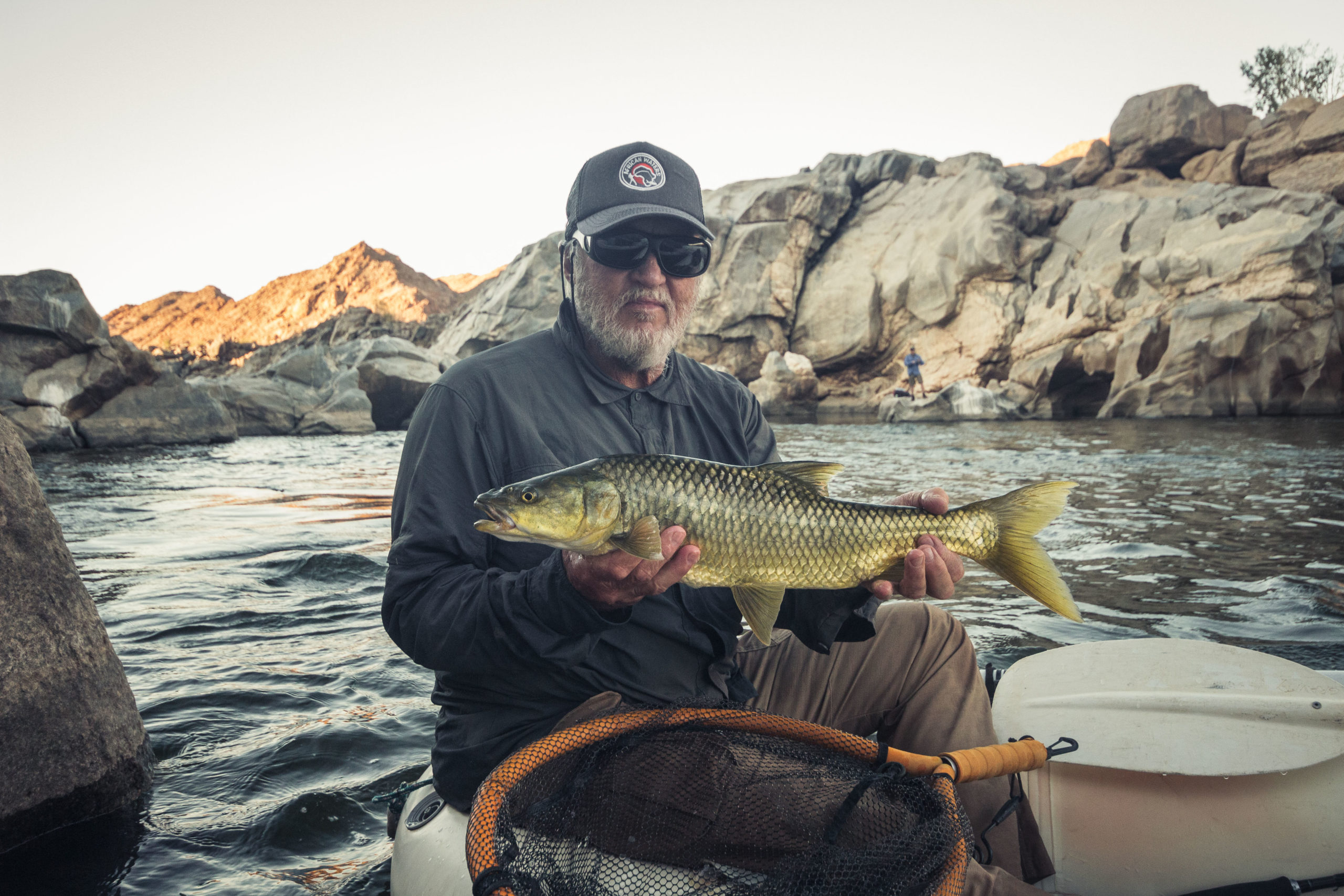 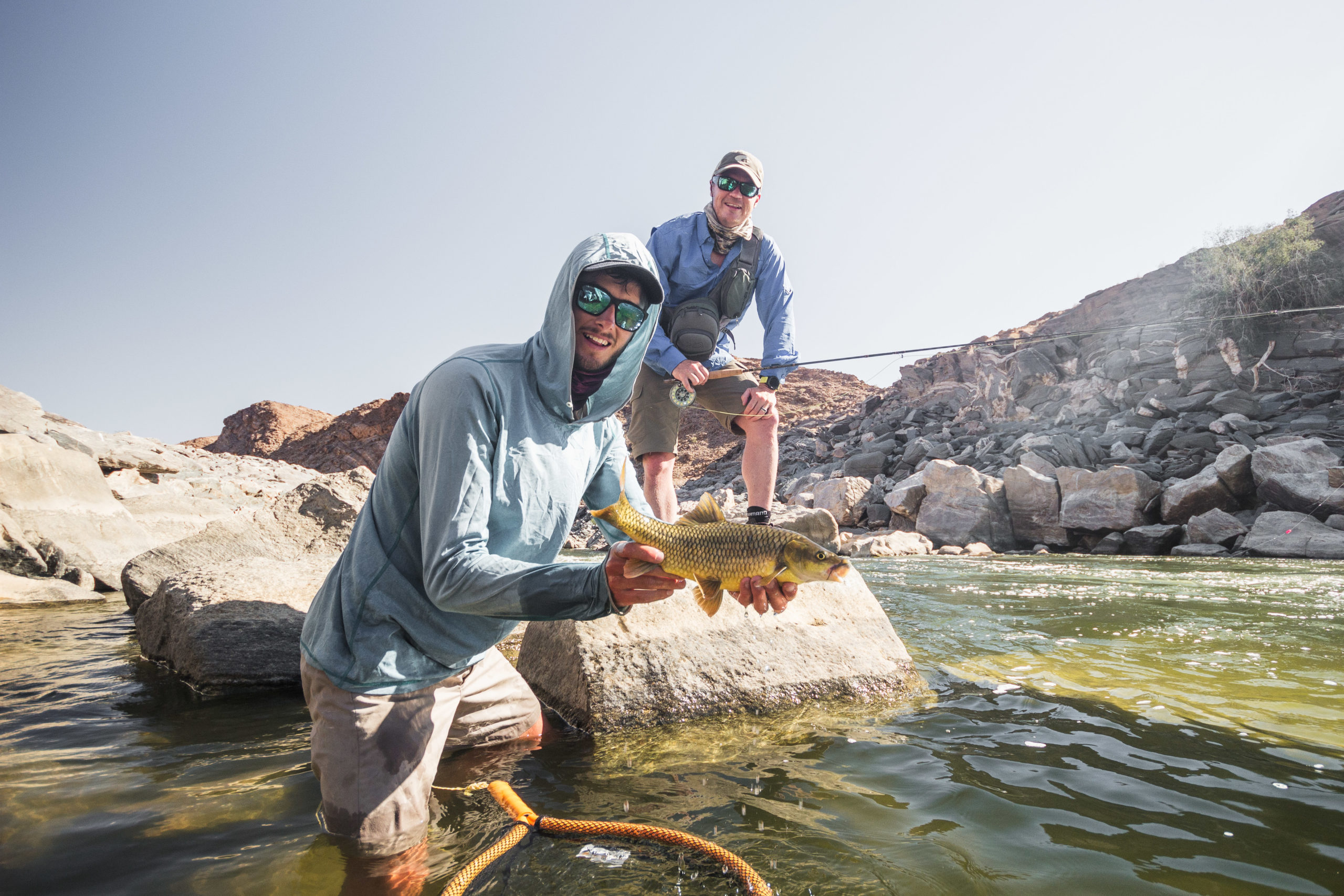 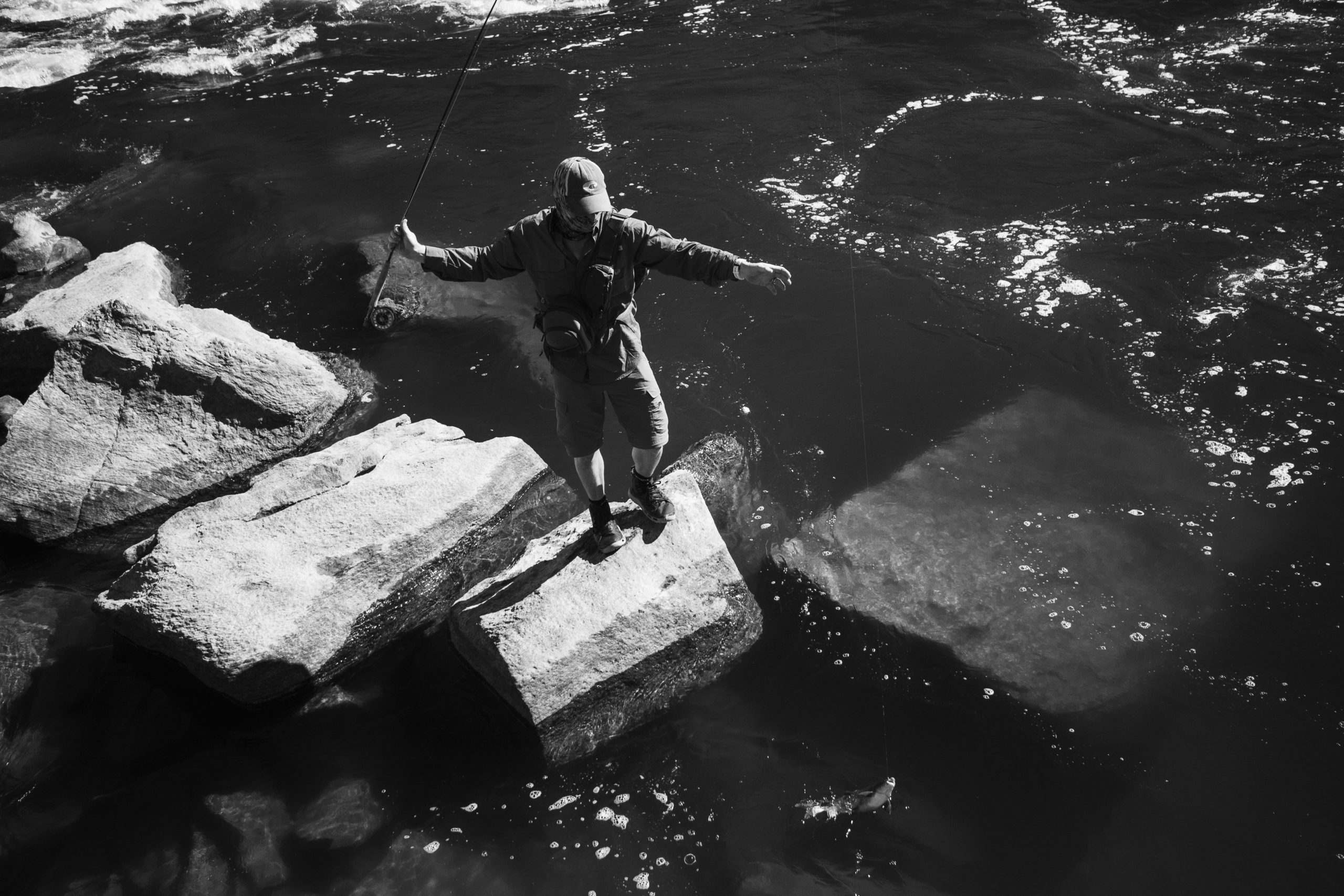 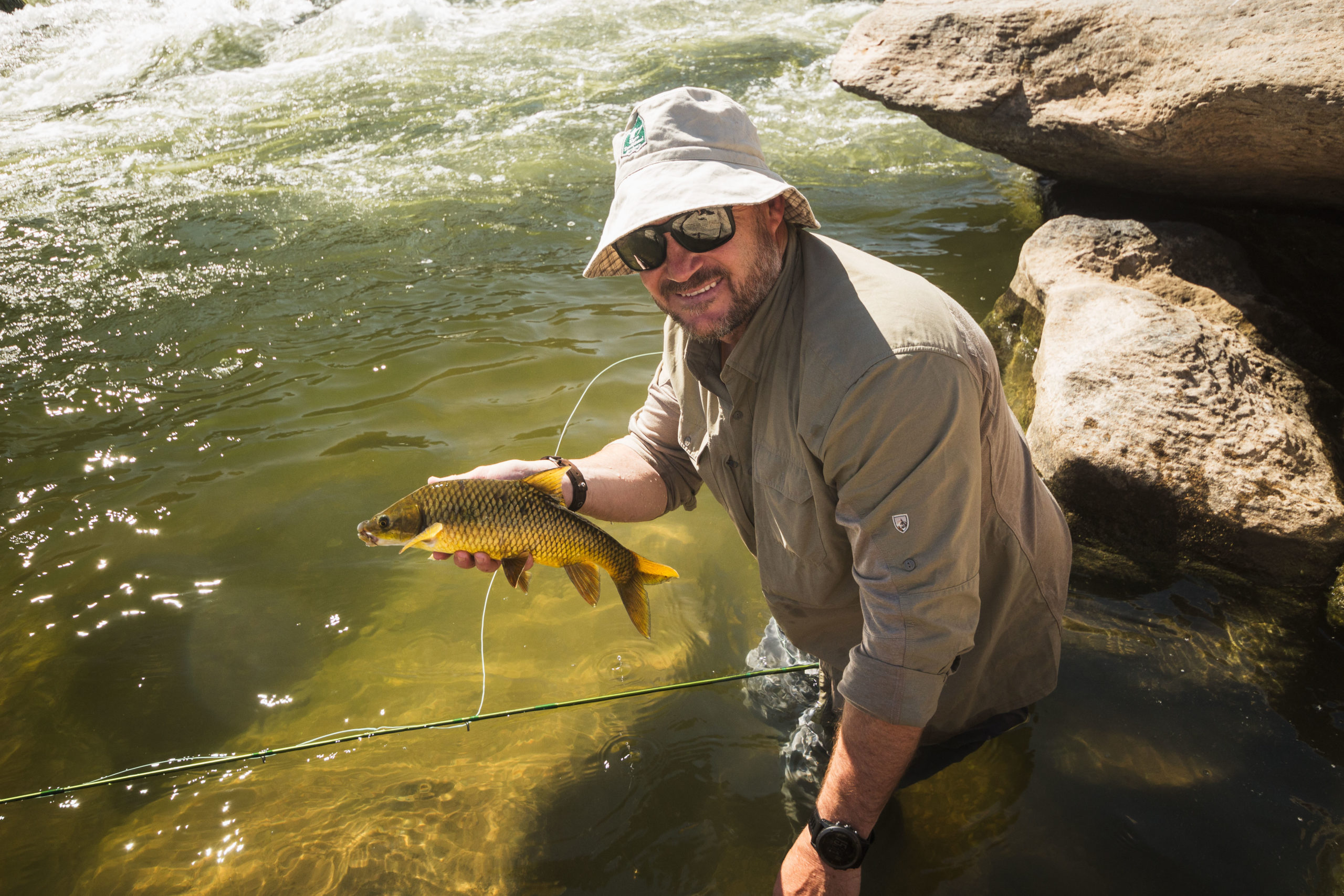 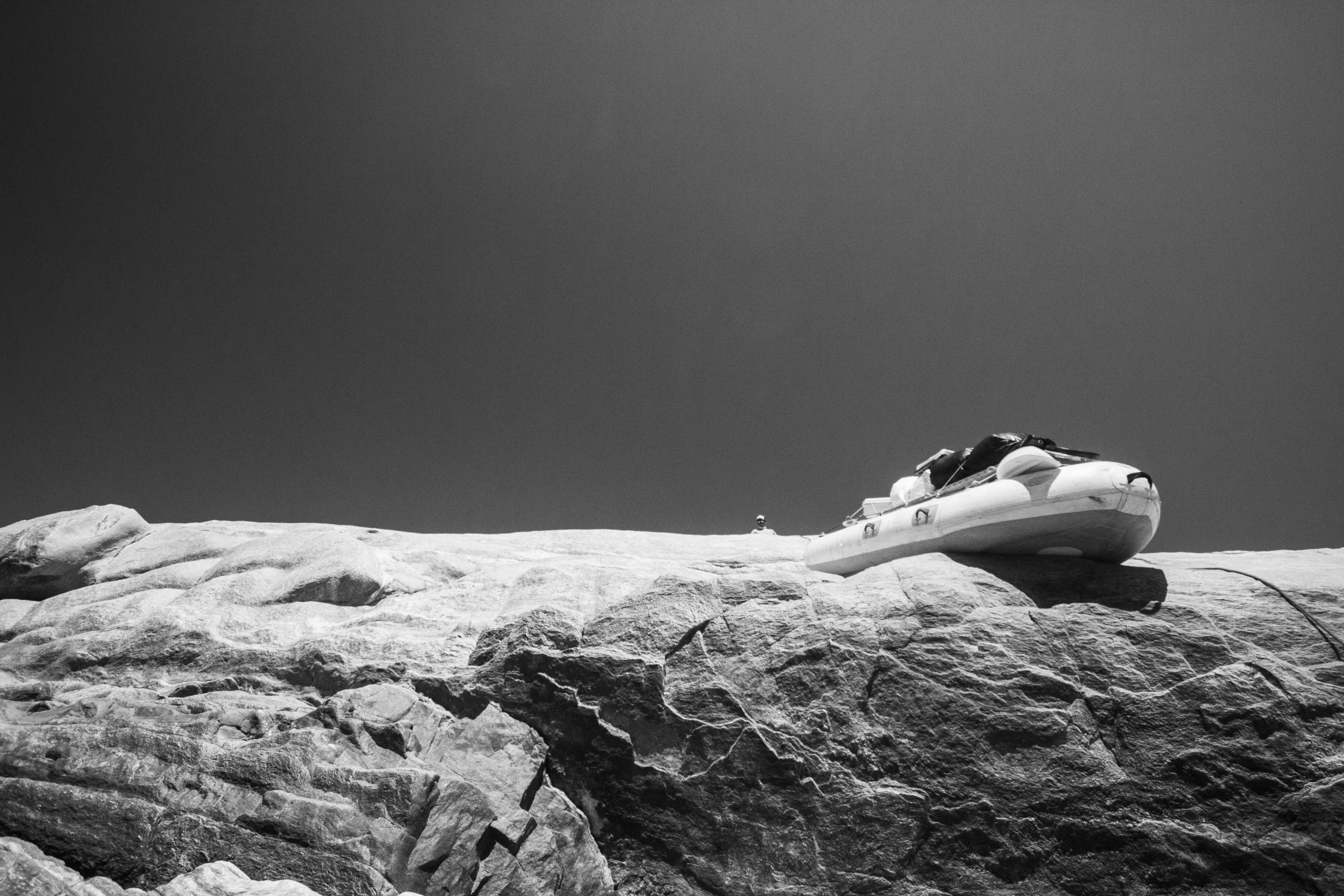 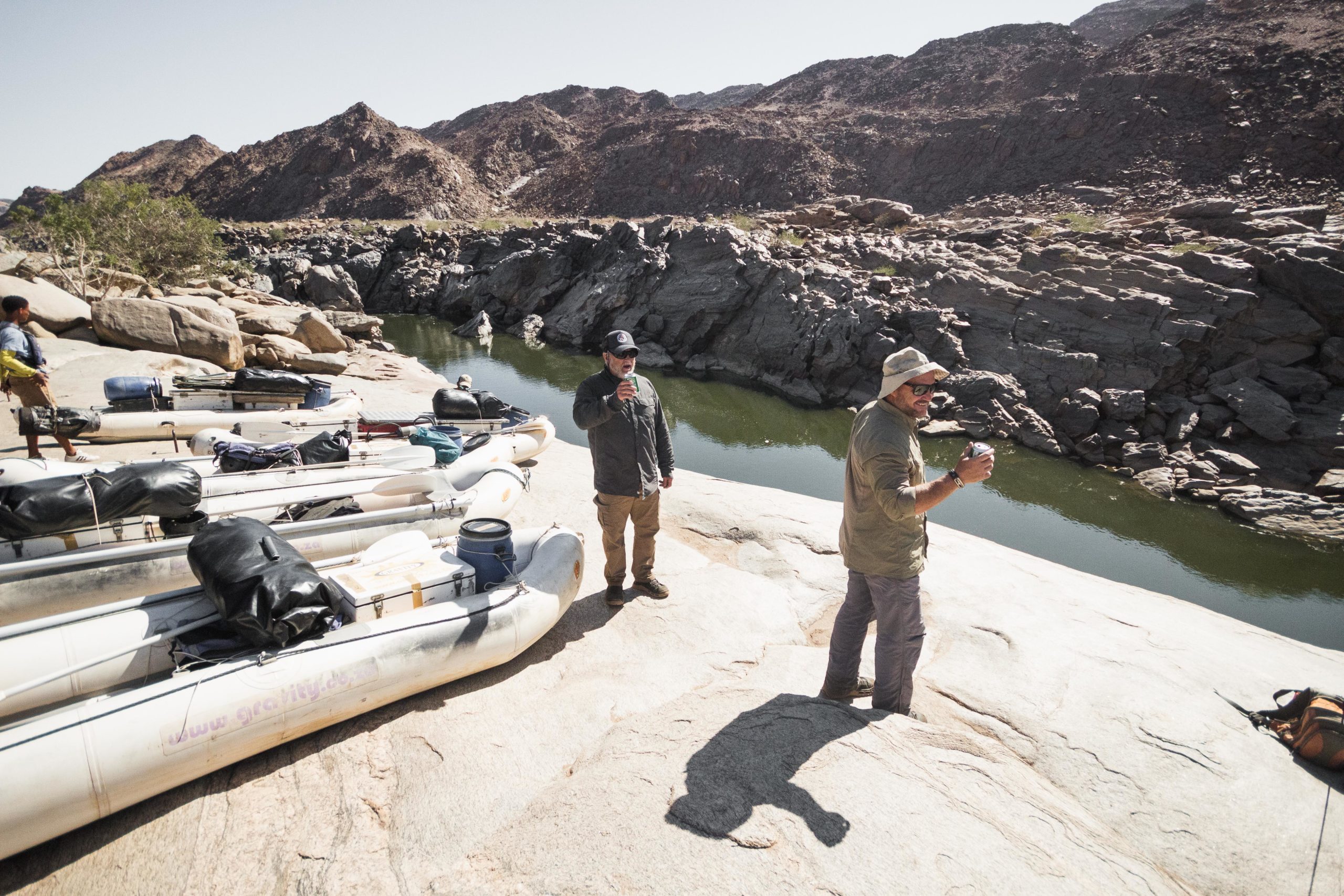 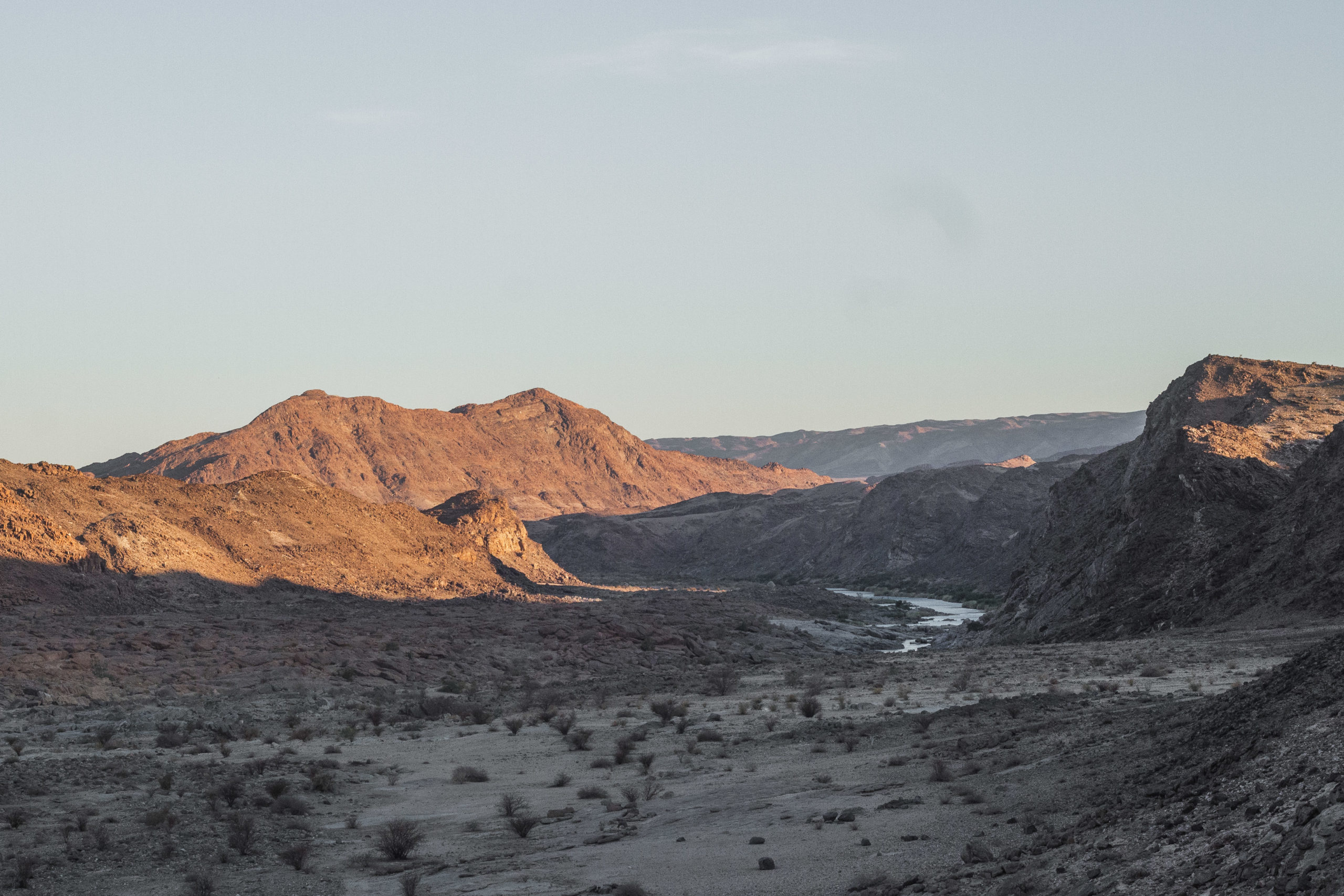 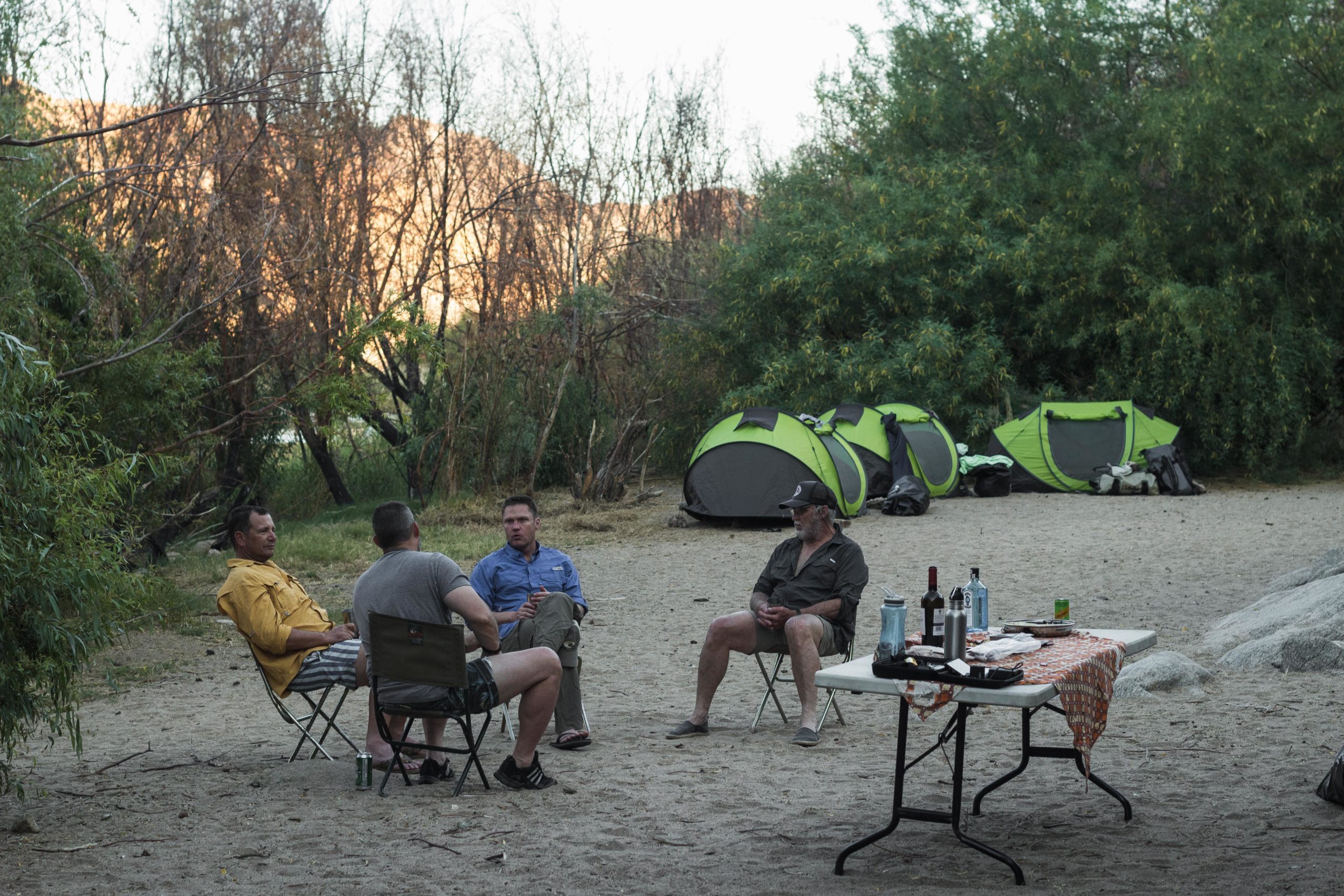 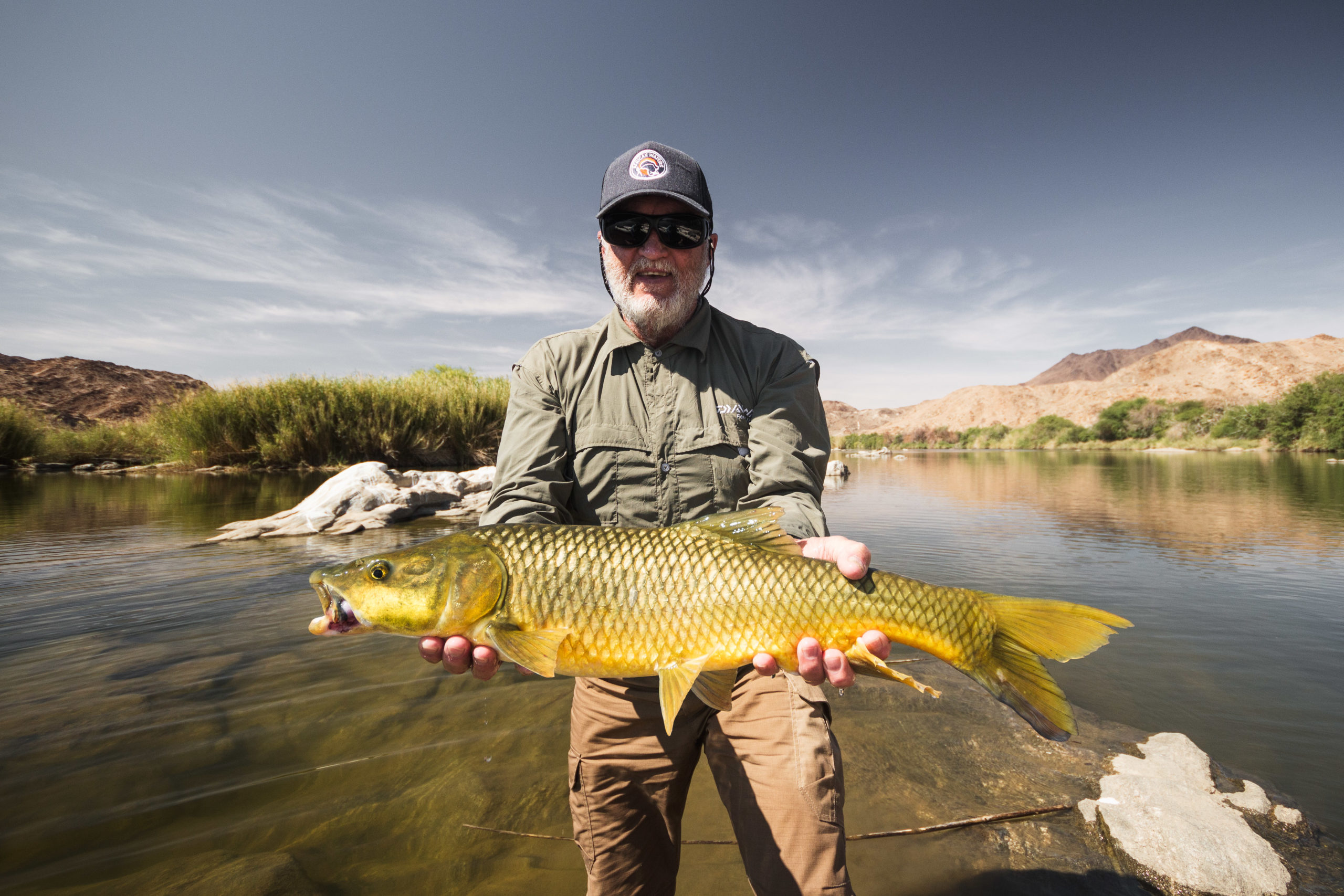 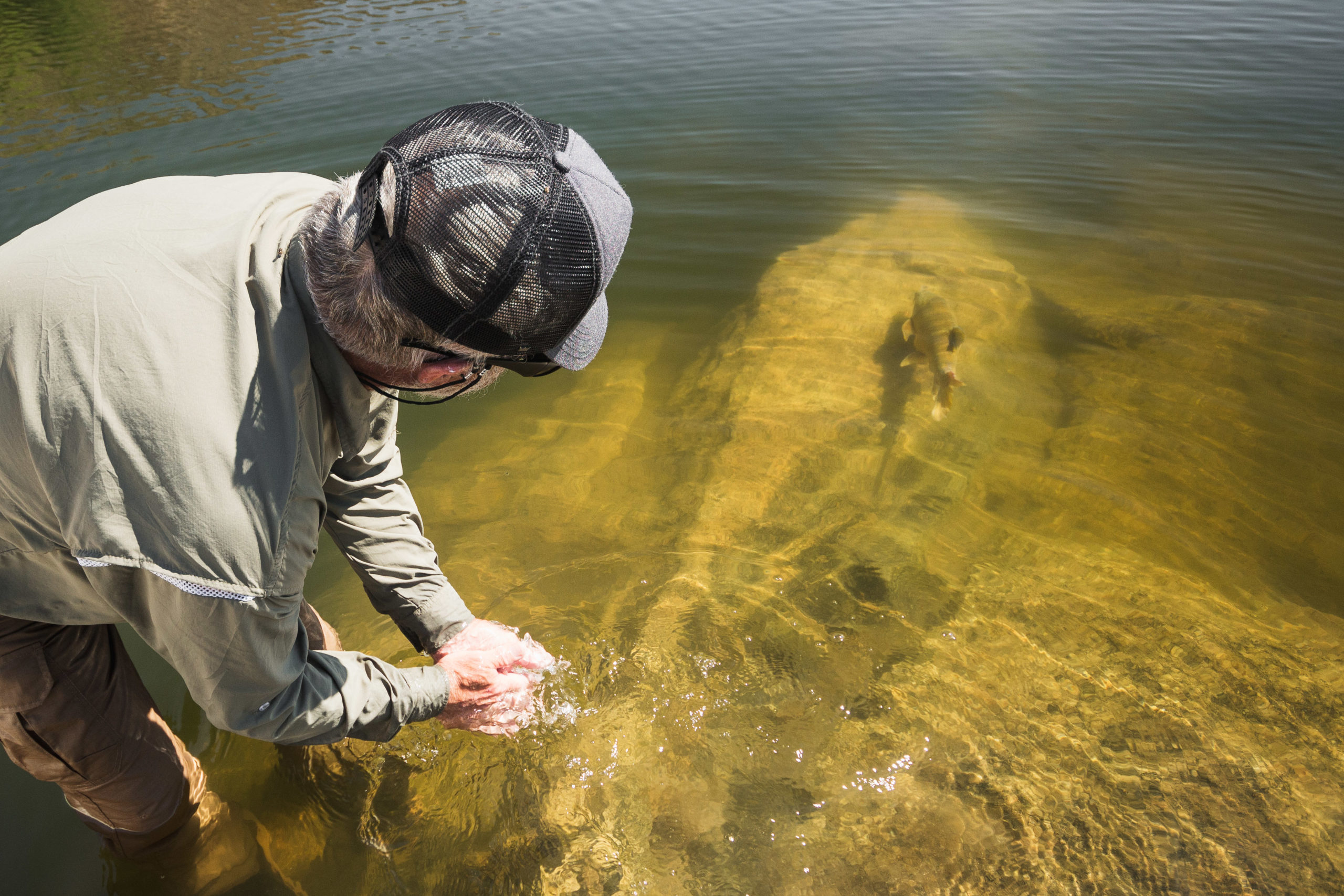