For the second week of the 2019 season, we had a group of returning guests joining from South Africa. With the previous week ending on a high, the guys were very keen to get stuck in.

The skies were still very heavy after some big downpours – The resulting “gingerbeer” water was very promising especially for a good threadfin bite. Armed with an array of sinking stickbaits, we fished some really good looking sandbanks with the incoming tide, in search of captaine. However, for whatever variable we couldn’t account for, they never really showed. We managed a couple smaller ones but about an hour into the session, the silver-king made an appearance. We managed to land a brute tarpon along with some senegalese kob, jacks & cubera snapper. A magnificent start to the week.

As the week continued, the momentum kept growing. We managed another three tarpon landed, despite jumping countless others, plus a couple really good threadfin among other species.

The highlight for me however was the crazy jack fishing we had in the estuary during the morning sessions. We landed more fish than I can remember. The jacks come into the estuary in huge shoals ranging anything from 2 – 20kg in size. Imagine all these fish, smashing bait on the surface, and you almost ‘sight-fishing’ with light tackle & surface poppers to these very aggressive trevally. Truly world class.

Conditions are still really looking good so it will be interesting to see what the next week will hold for us. 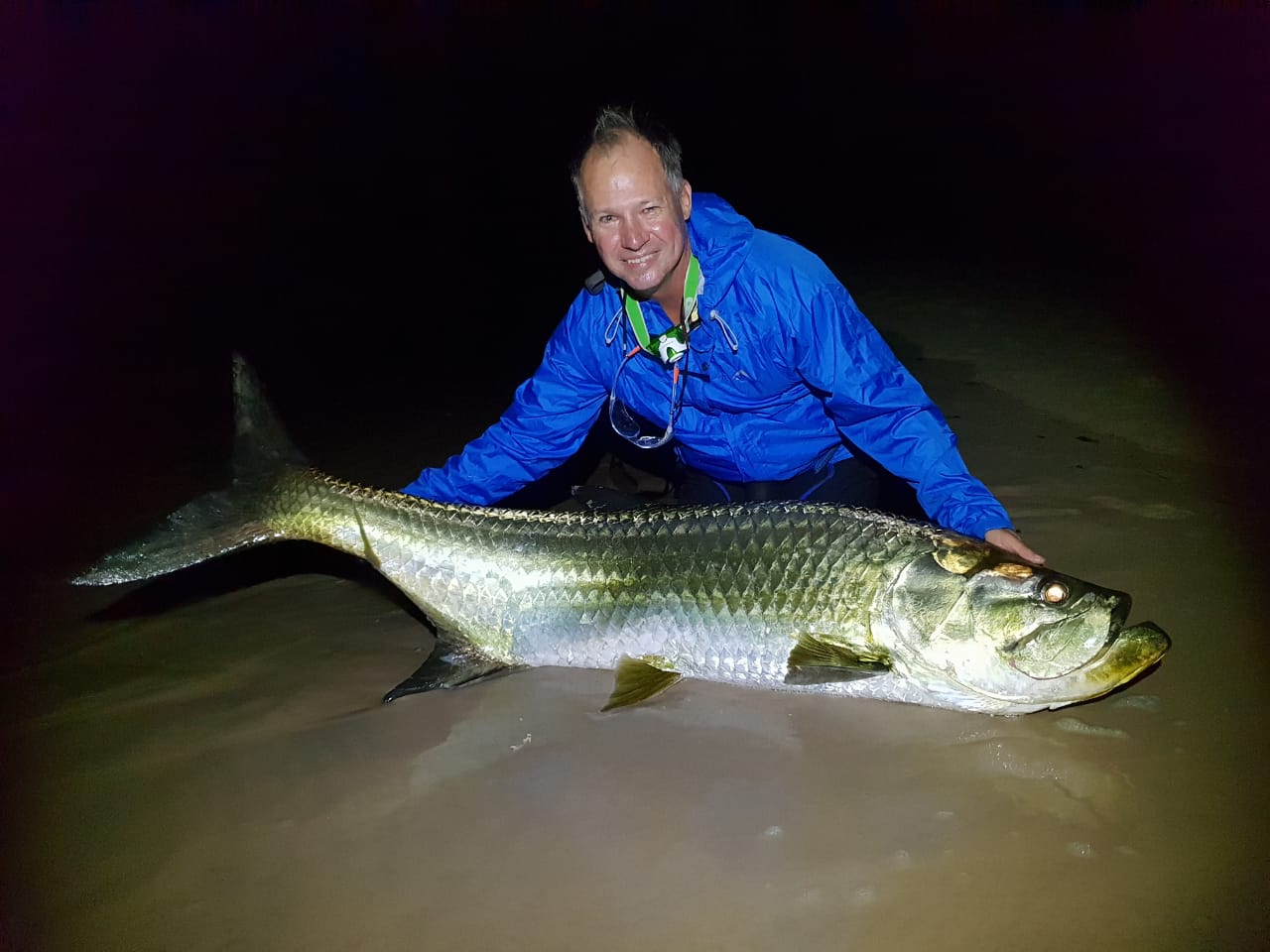 Mike Kerwin with a spectacular tarpon taken in the surf. Fish was released after a quick photo 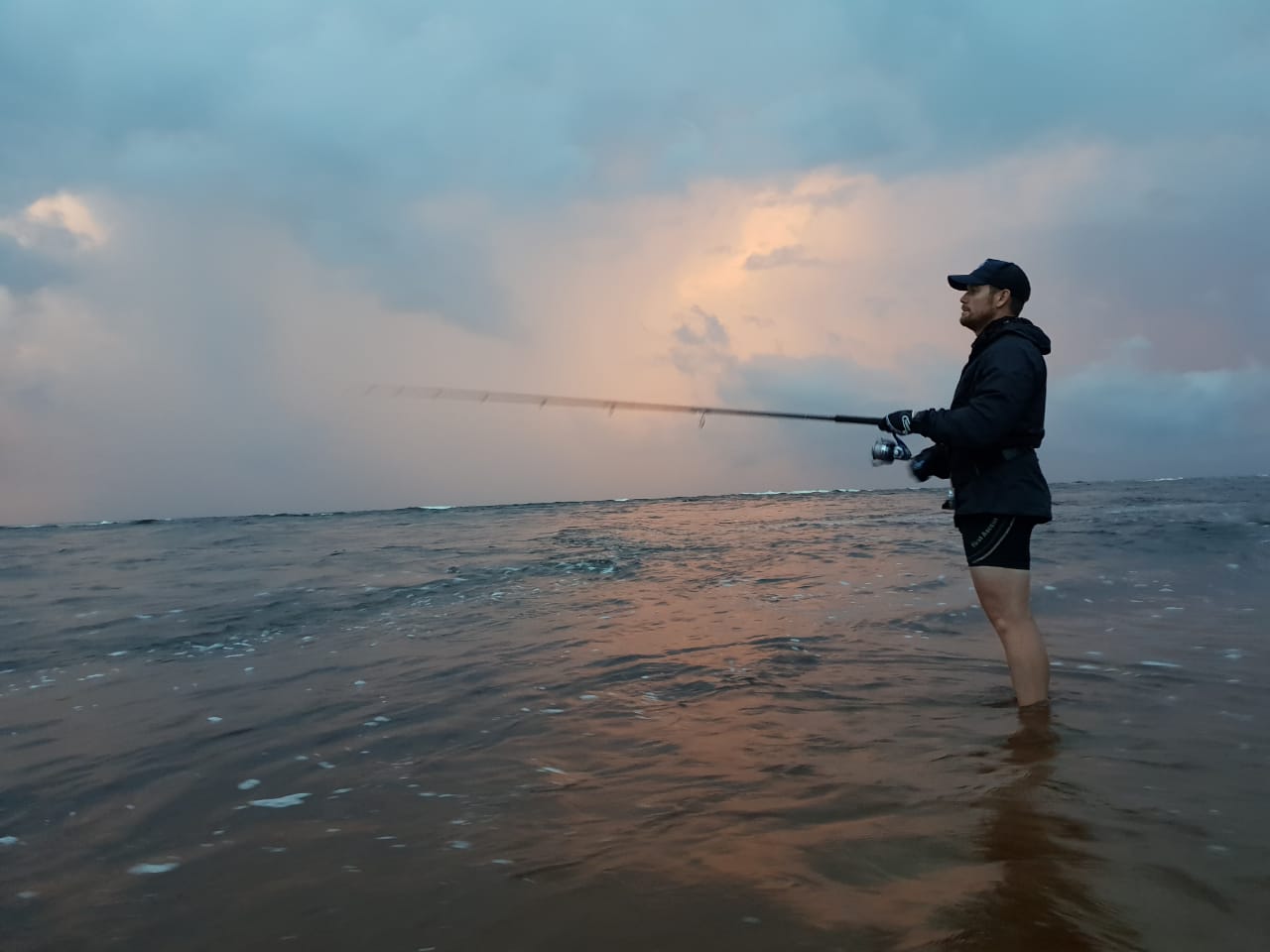 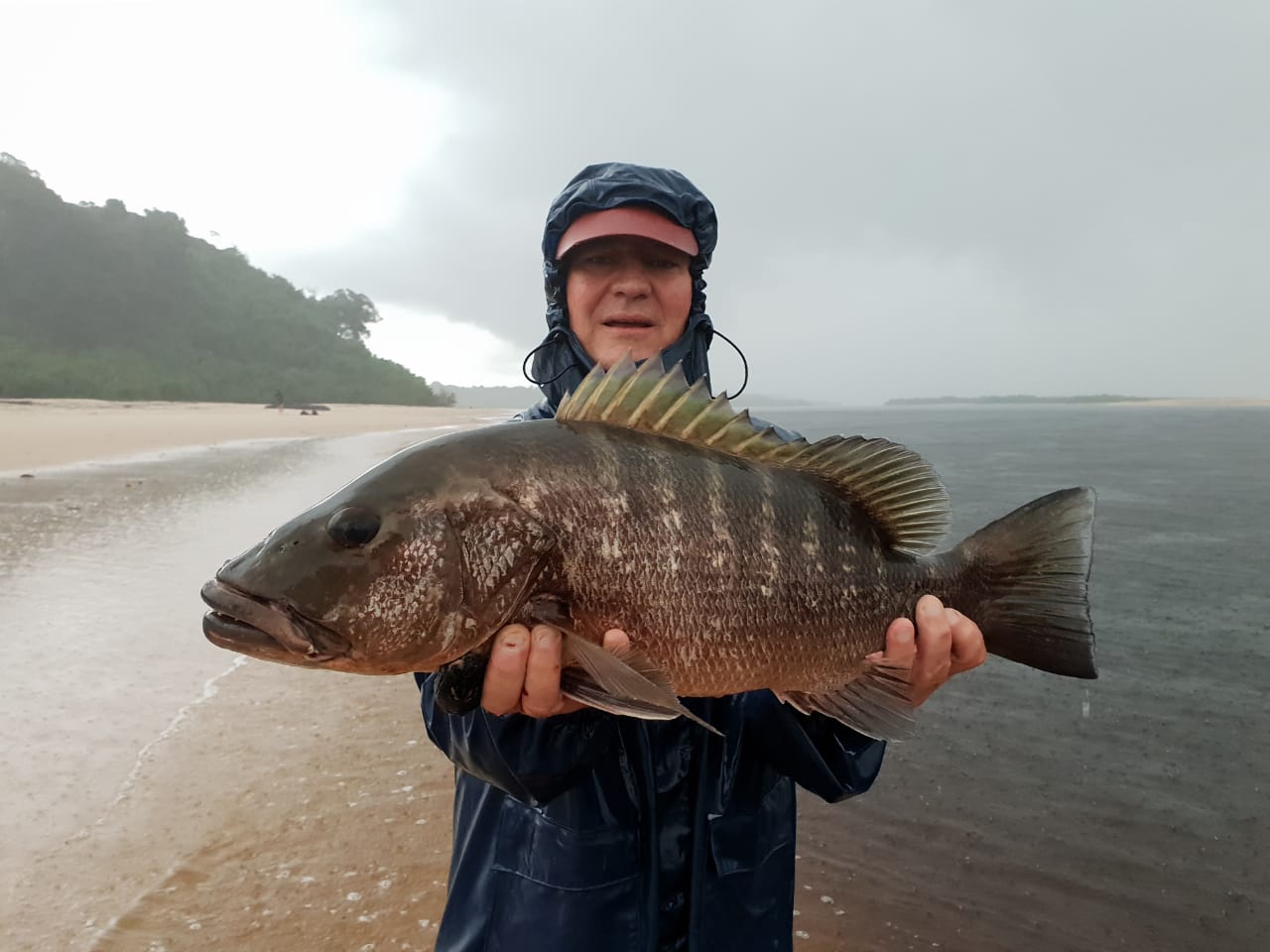 Keith Eldridge with a nice cubera snapper in the pouring rain 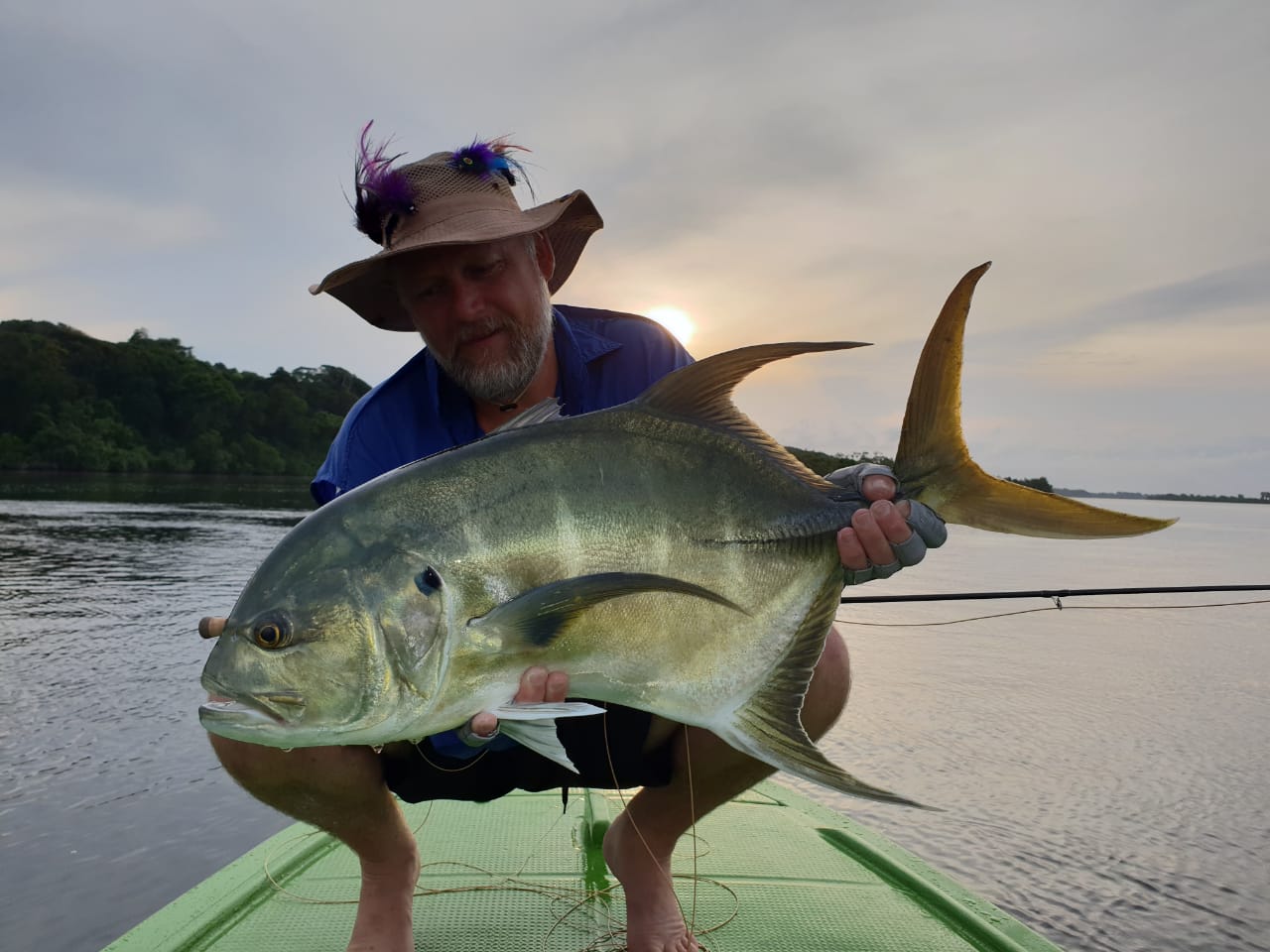 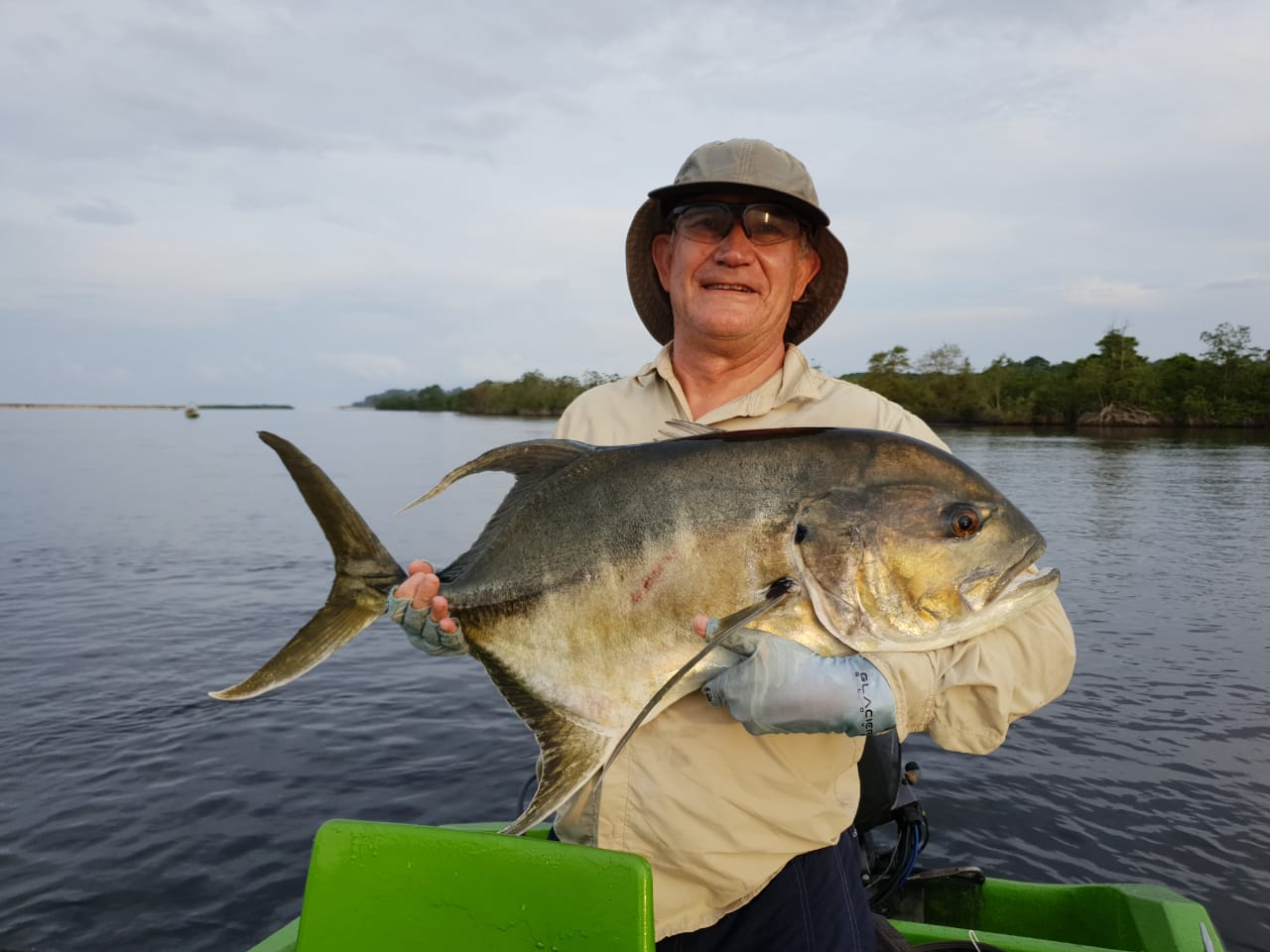 Another great jack on fly 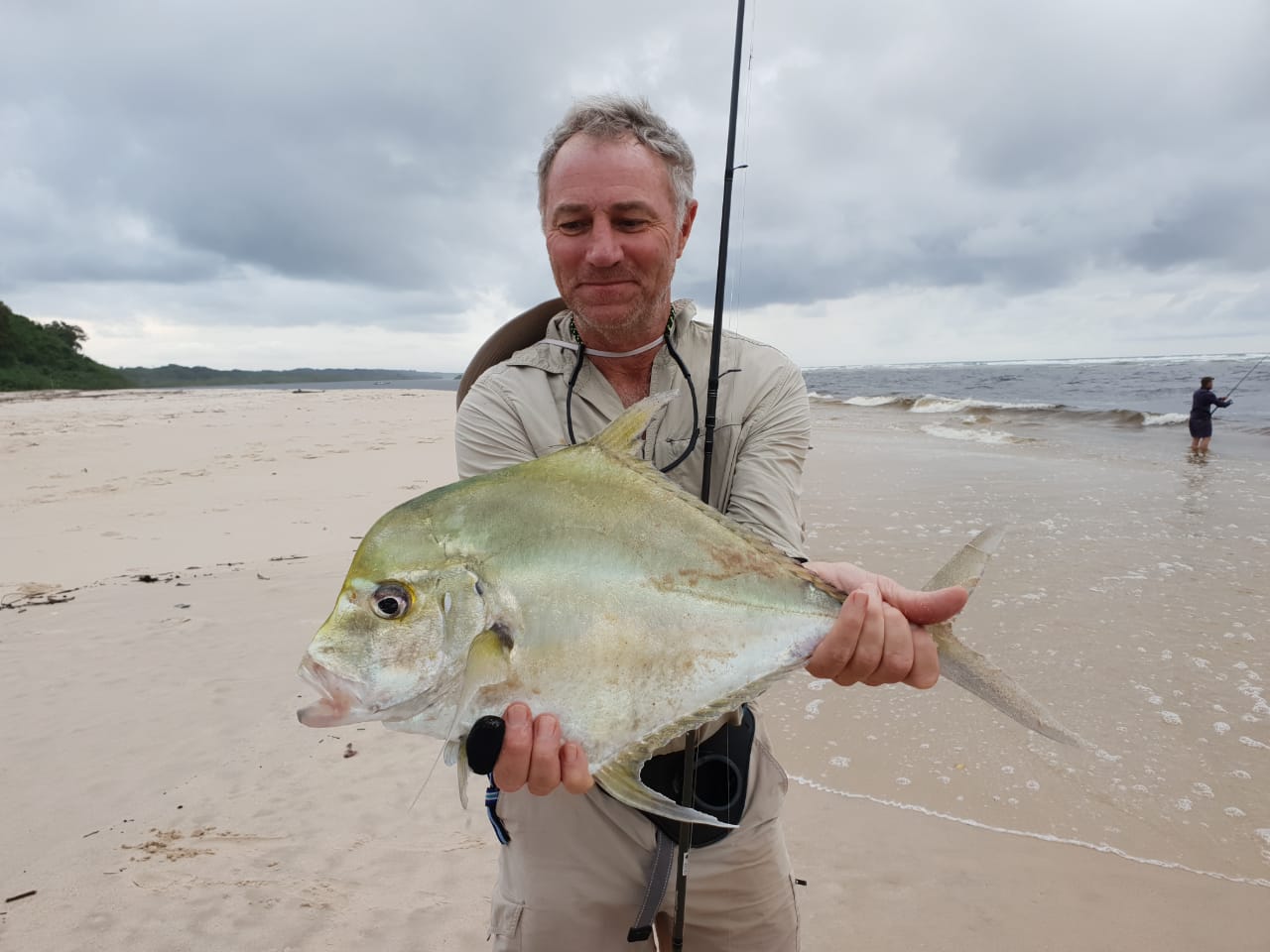 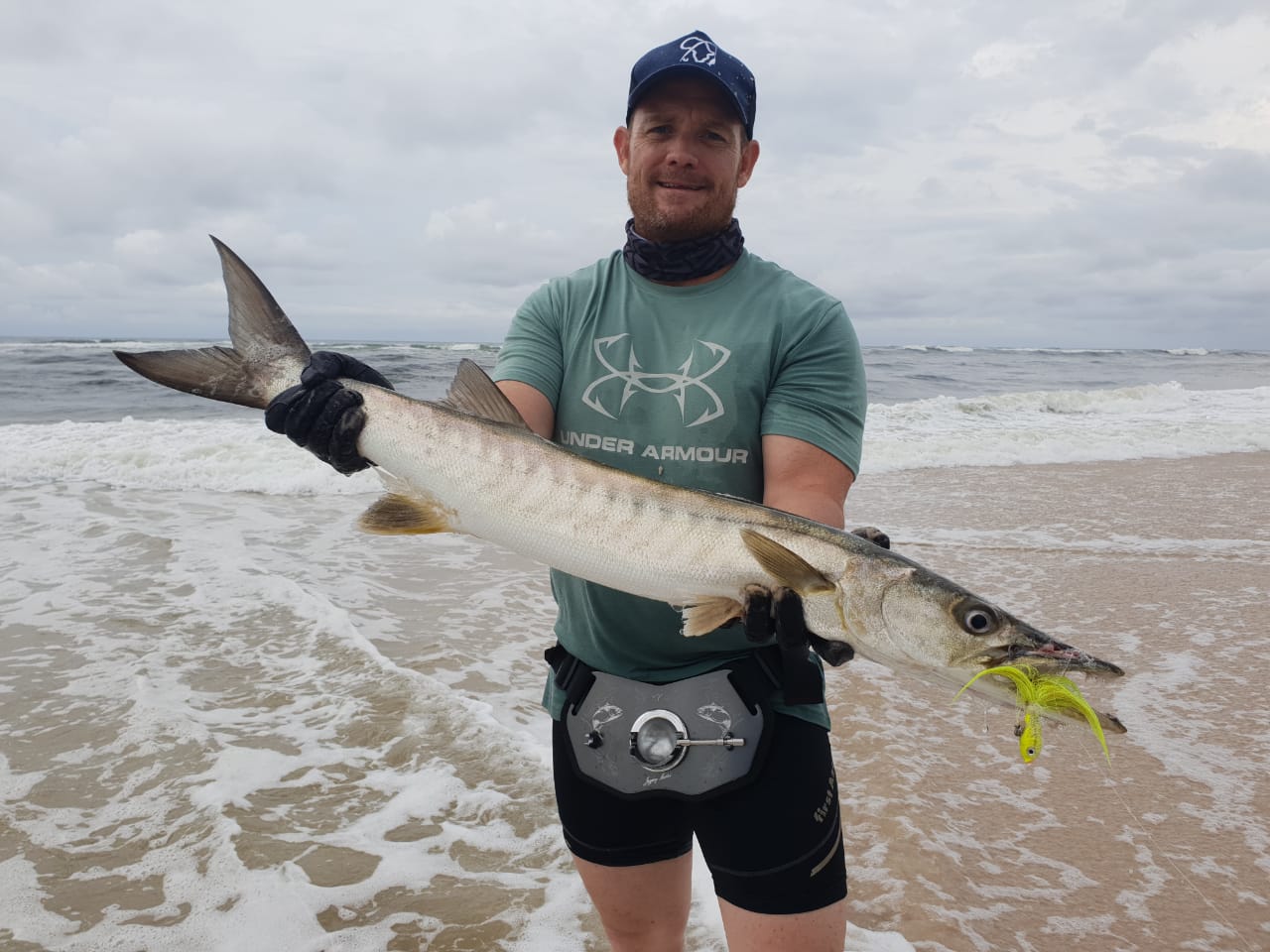 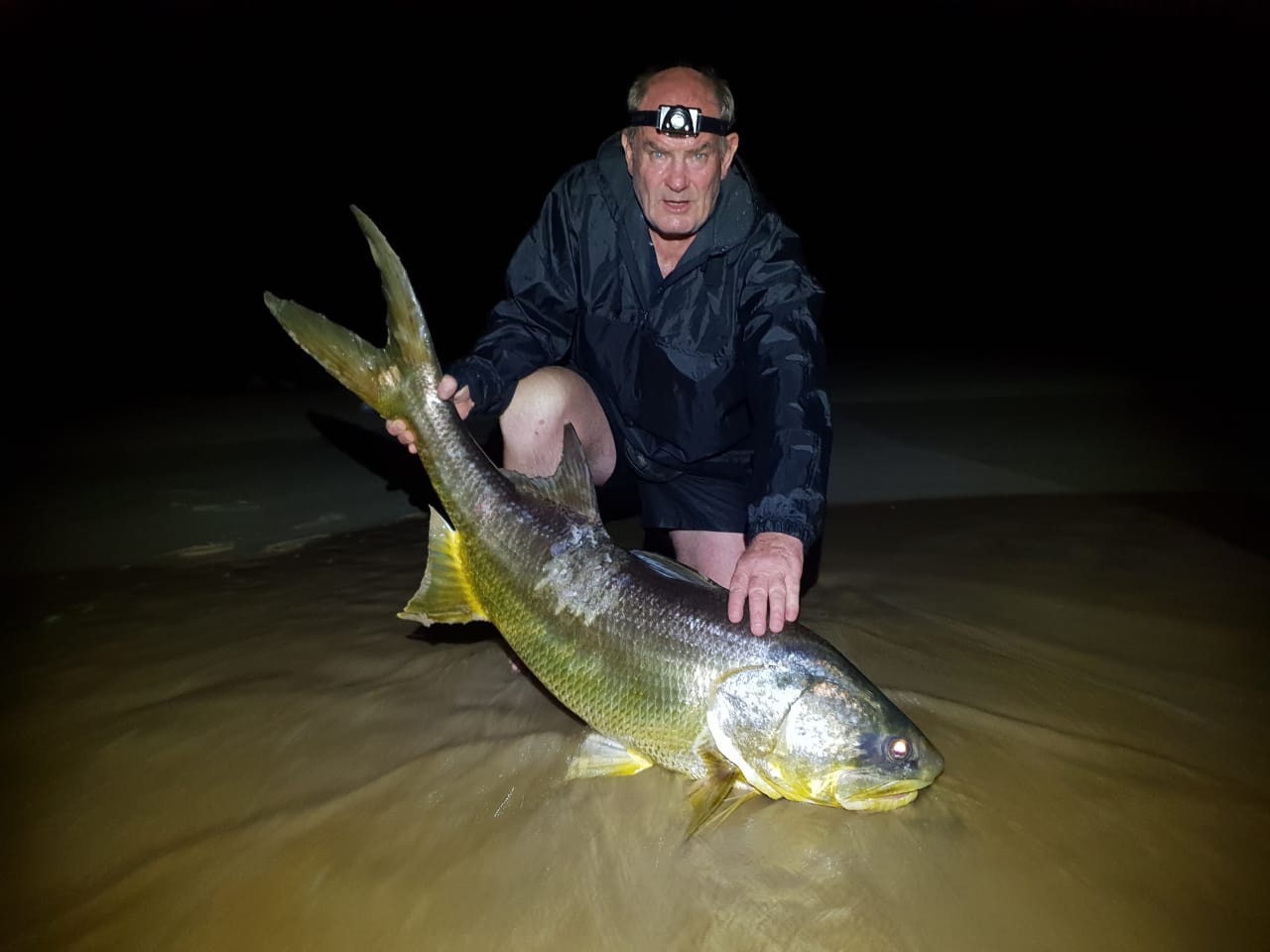