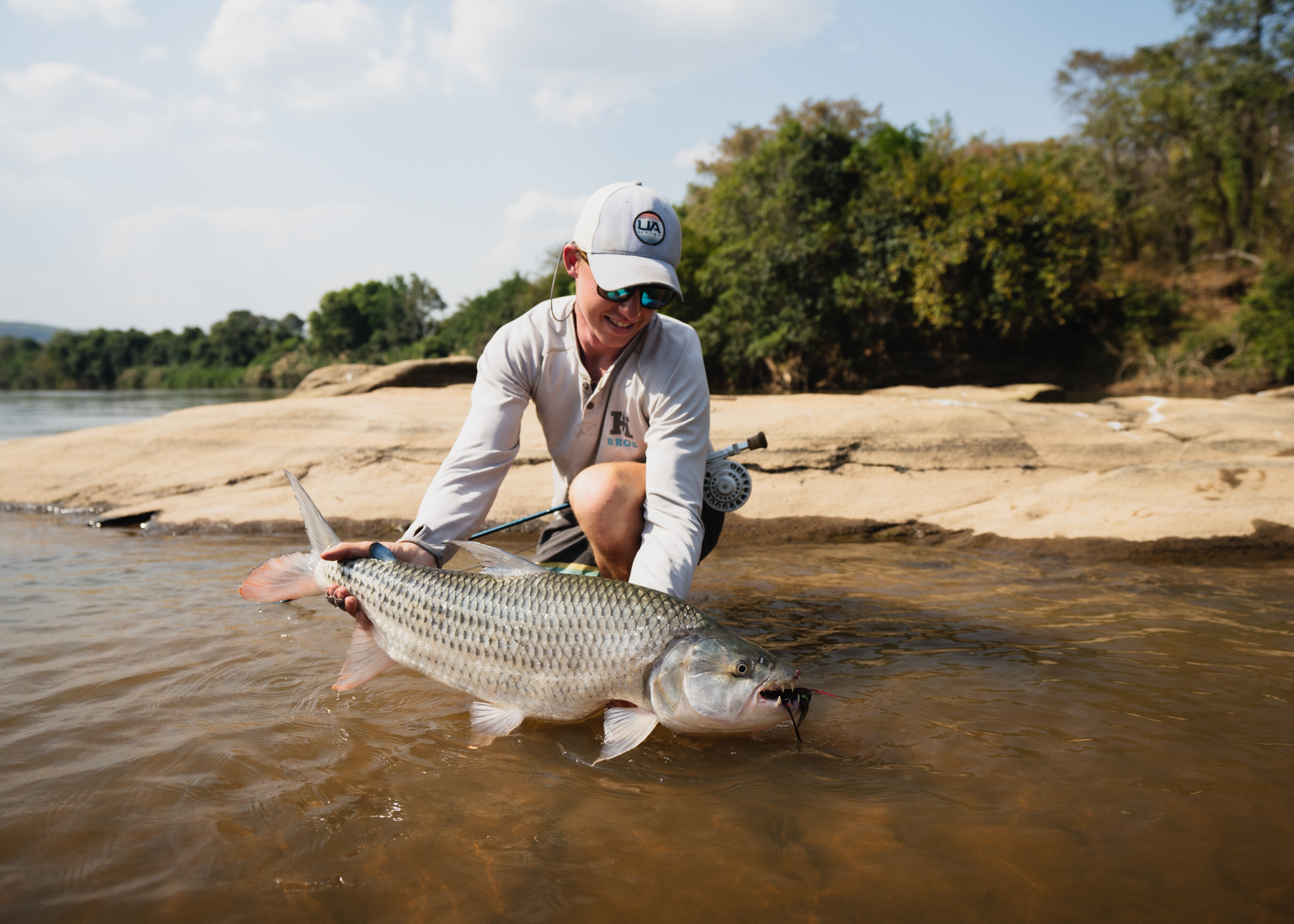 At long last, September saw the start of our season fishing in Tanzania. Excitement ran sky high with a bitterly cold winter season trailing in a wake as the guys made their way up to Tanzania. Both the Mnyera and Ruhudji rivers, laying home in the Kilombero Valley, received rain over the winter season, however, not nearly as prolific as past years. This lay down an exciting challenge for both guides and fellow guests as both rivers looked incredible for the early season start.

Frosty beers laid await as the Cesna Caravan touched down on the Ndolo airstrip, merely fifteen minutes away from camp. Suspense was certainly building. Shortly after a welcoming lunch, the guys were settled in whilst running through tackle requirements and setup, arguably one of the most exciting parts of a trip as many a theory were shared by all.

After a well deserved rest, the guys were off to the races as week one commenced on the Ruhudji river. It didn’t take Toby and Ian long to get off the mark, in style, landing personal bests with a pair of 12lb fish. An exceptional start for deserved anglers! This certainly set a precedent for the week ahead. The guys managed to set hooks on good fish throughout the remainder of the Ruhudji leg, however, facing desperately frustrating situations with a number of exceptional fish missing the flies, throwing hooks and worse, biting through the wire traces; nature of the game when taking a run at tigerfish. The guys kept knocking on the door as the week progressed, hoping for their fortune to change tune.

The morning sessions throughout the course of the week remained overcast forcing the fish to remain somewhat reluctant to commit to the flies. However, after lunch the weather consistently seemed to open up, throwing both guides and anglers a bone. The fish were certainly turning up a notch in the afternoons as water temperatures rose. Good casts tight on structure as well as good swings on the deep bends were well rewarded with numerous fish being brought to the net, not to mention the signature eats baring no results. The afternoon sessions were electric and enjoyed immensely by all.

Tigerfishing on the Mnyera river

In true fashion, the best was saved for last. It was now time for a taste of the Mnyera river as the second leg of the week commenced. In good fashion, both Ian and Toby managed to secure a number of spectacular, early season fish. Remarkably, both anglers raised the bar seemingly each day with heavier and heavier fish being brought to the net, in turn, festering an undoubted climax which was felt by all as the group headed into the final day on the renowned Mnyera river rapids. Before we knew it, boats were packed and the guys were en route to the rapids. The plan for the day was to fish the rapids in the morning followed by a boat drift on the back end of the rapids for the afternoon. Both Ian and Toby were on the mark upon arrival to the rapids, both experiencing aggression bar none with ferocious eats and exceptional aerial displays. Once more, misfortune laid await with fish throwing hooks and lines wrapping around reel handles. This didn’t dampen the appetite as the guys were back on the horse immediately, as eager as ever as the warm afternoon session beckoned. Toby was the first to break the dragons back, sniping a truly spectacular 15lb tigerfish whilst fishing the boulders below the rapid. Toby was as clinical as ever, coaxing the fish to eat a topwater on a floating line, truly a memorable moment for all involved. It wasn’t long before Ian’s rebuttal was felt. Shortly after Toby’s Stella performance, Ian managed to tuck a cast into a deep glide only to be met by one oversized and immensely aggressive 18lb Mnyera tigerfish. The fish tore off upon hookset showcasing the true power of these fish. However, with this not being Ian’s first rodeo, Ian managed to consolidate and remain calm under severe pressure, a true dream turn reality moment; and how richly deserved it was.

Looking back on the week, it’s difficult to have asked for more, an exceptional way to kick off the Tanzanian tigerfish season. A lasting impression was marked upon all as the first week of the season drew to a close. It was a sad moment to see the guys depart on their leg back to South Africa but were all reassured by the breathtaking experiences shared both on and off the river throughout the course of the week. A memory that will last quite some time – fishing in Tanzania is definitely for the bucket list. 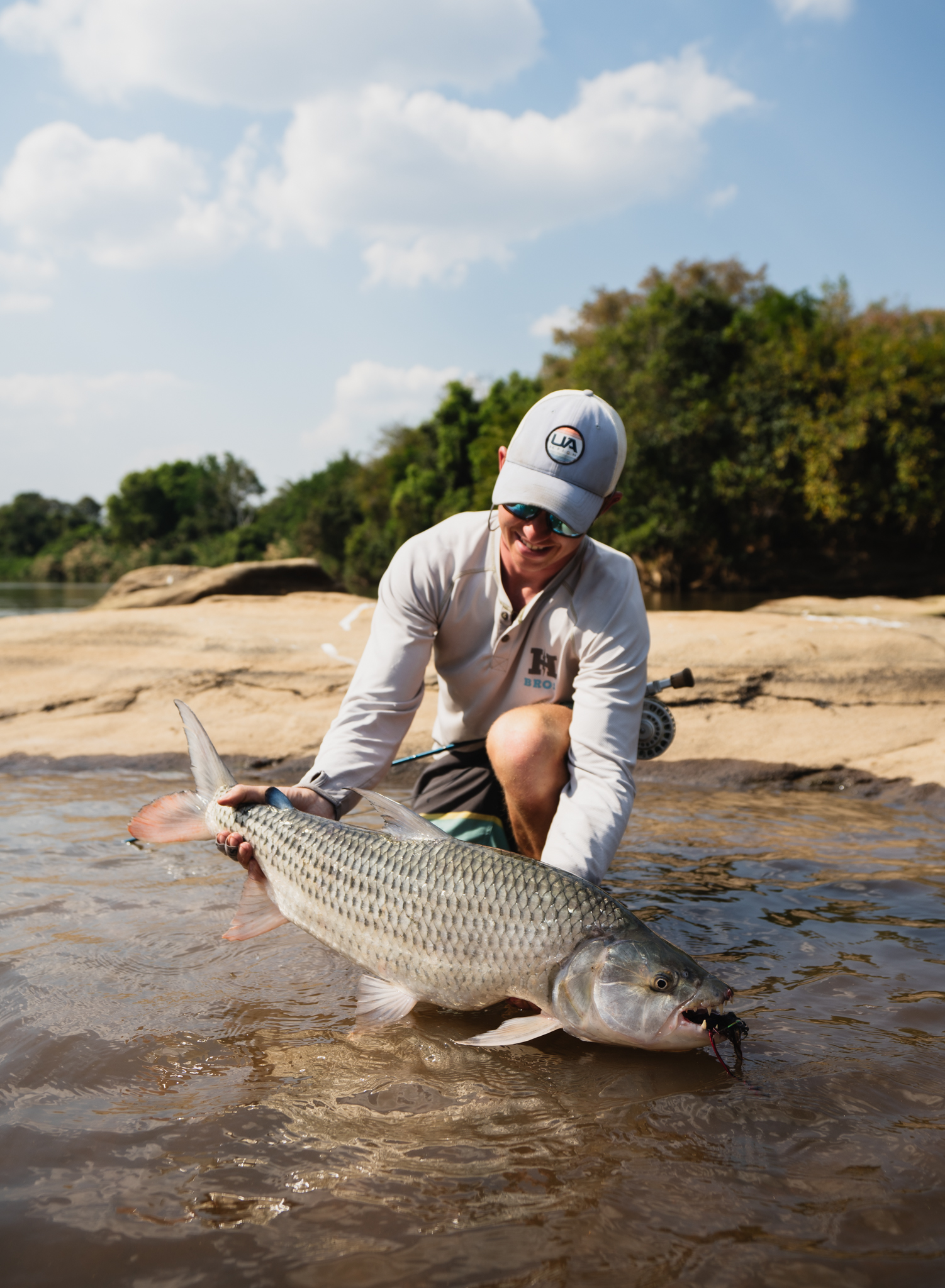 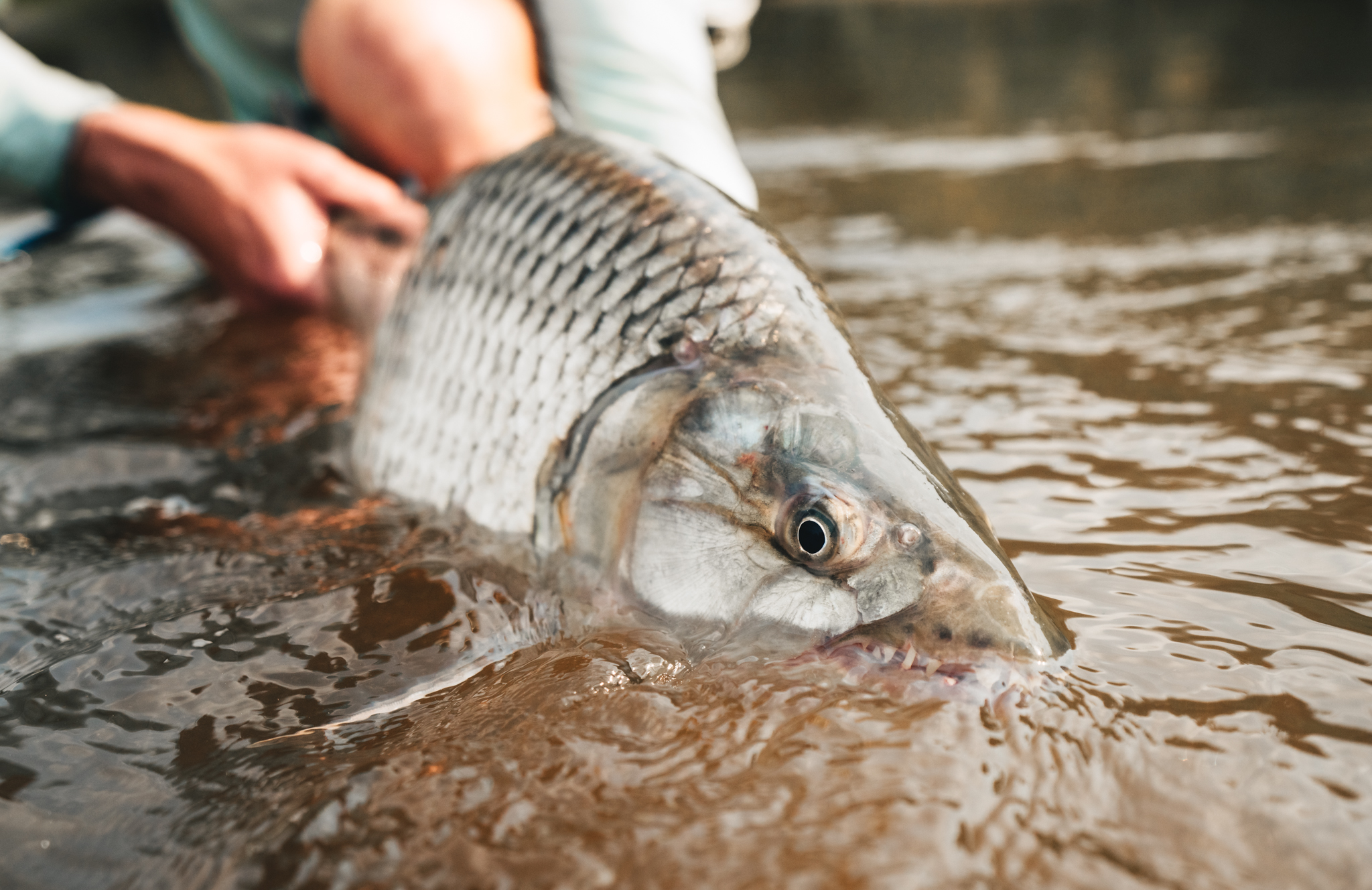 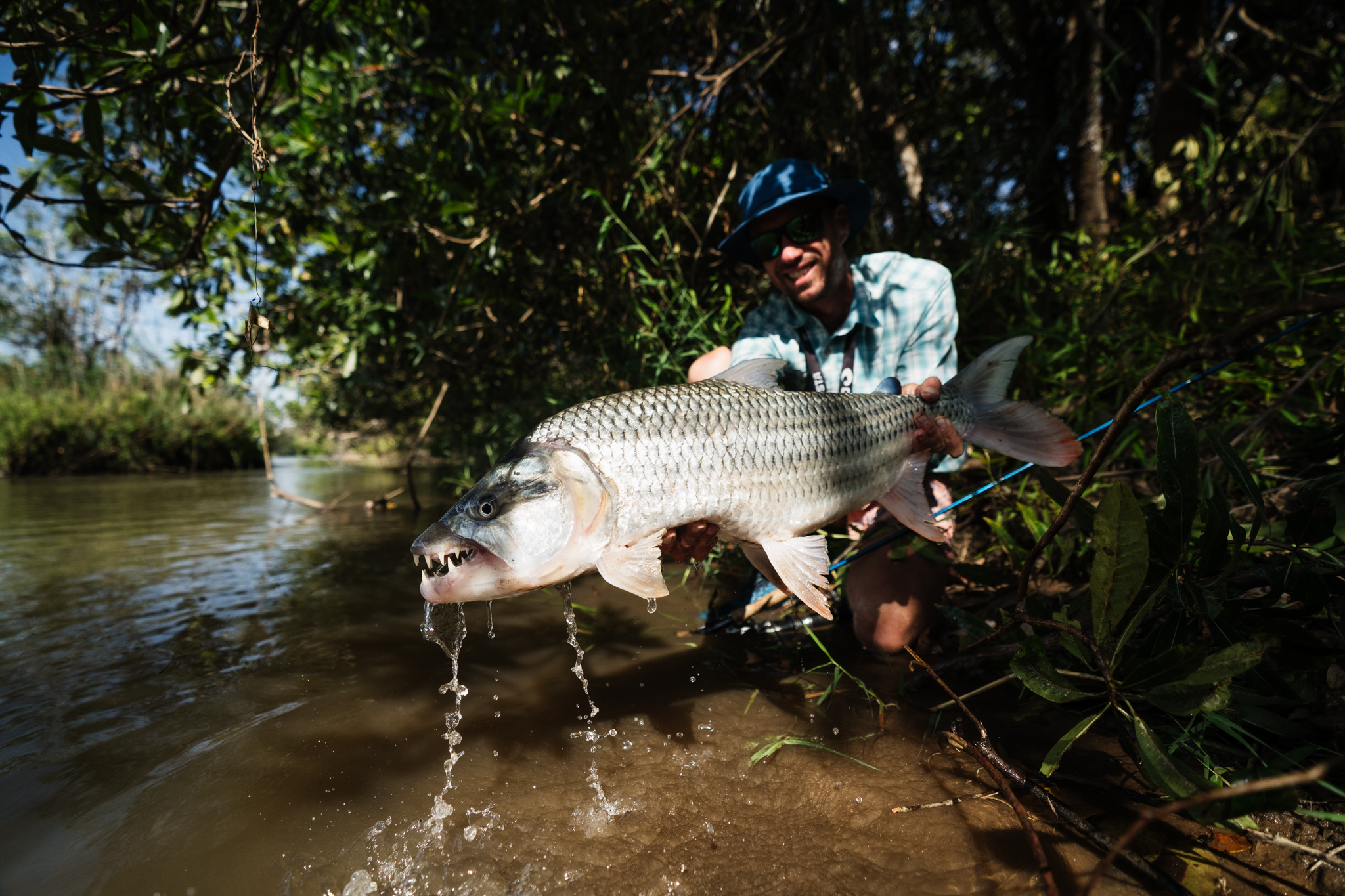 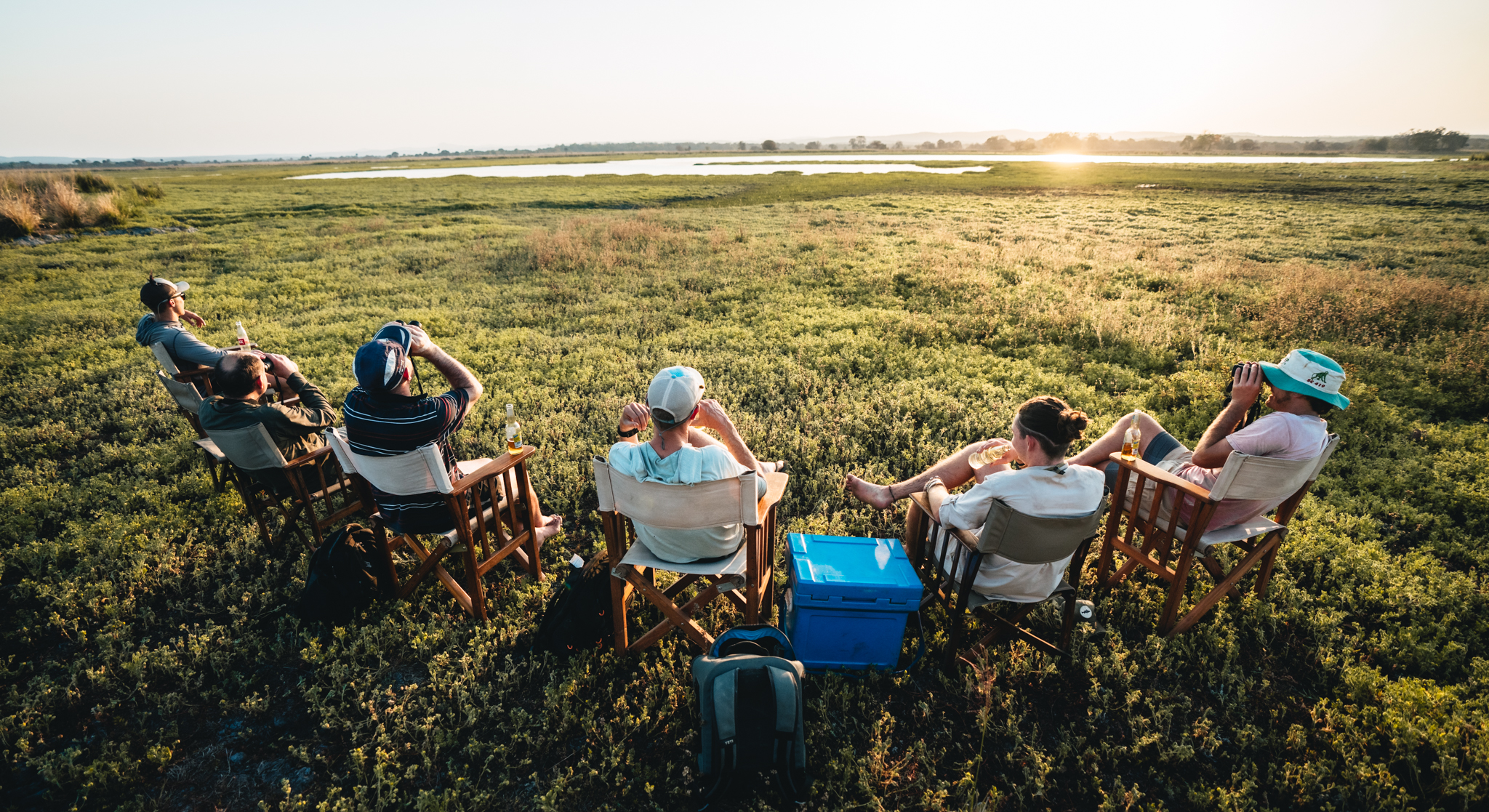