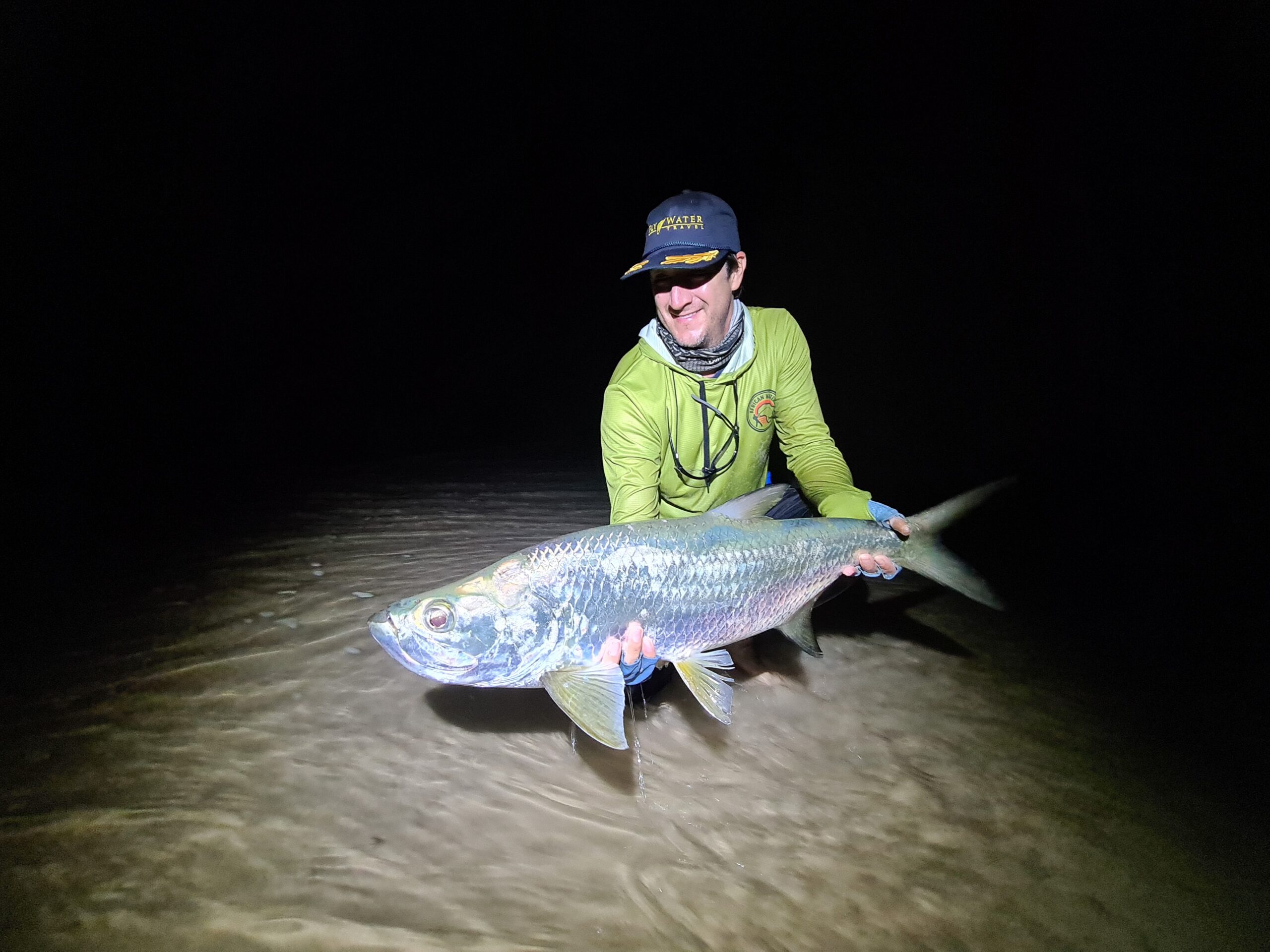 And we’re back! Just like that, another season at Sette Cama,  fishing in Gabon, has kicked off. After 6 months away, the Sette Cama guides team, and guests were delighted to touch down in the Jungle piscatorial paradise of West Africa. But we were not greeted by the lush jungle as expected. Rather by an ecosystem crying out for water. Crispy leafed trees, sunburnt grasses and a lagoon system on its very bones. Last season’s rains were poor, and hopes of a late rainy season were dashed as regular dry season weather took hold from April onwards. Sette Cama was in pseudo drought. Nonetheless, the week’s tidal cycle looked great, and excitement among the group abounded.

Marathons, not Sprints when fishing in Gabon

Our group to start our season off was made up of anglers from the US, the UK, and Switzerland. All are keen and travelled fly fishermen, and all shared a common goal – connecting with a Gabonese Giant. On the fly. From the shore.

A simple brief then….. Or so we thought. Our first few evening sessions on the beach proved tricky, some would even say slow. The pushing tide was not producing fish in the numbers we had expected, despite the good tide and huge numbers of bait in the mouth. There were fish around. A number of specimen Threadfin and Kob, and some fantastic surf side Jacks made for some periods of exciting fishing, but the fish were further out and harder to reach than we had hoped. We needed a rethink. Were the fish in the wrong place at the wrong time, or was it us? Only one answer there! The fish are never wrong, we had to change our tactics.

While we reflected on our evening tactics, the group enjoyed some fantastic morning sessions on the Lagoon. The sessions weren’t filled with Jack blitzes from edge to edge of the lagoon, but our anglers persevered picking off some fantastic Jack fishing out of sporadic blitzes and solo jacks patrolling the mangroves and drop offs. This week also threw up some unforgettable Snapper catches on the fly. The snapper proved to be very eager to come to the surface, and smash a fly or a popper – nothing quite beats the vicious take of a large and angry snapper.

Notably our American guests, Dylan and Tim, were rewarded on several occasions with some quality snapper.  In particular Tim’s +/-20kg Cubera snapper, landed on the North beach after a titanic battle on his 10 weight. Twice we had to pull this fish out of it’s rocks, but eventually it came out. Both fish and angler beaten and bruised at this stage! Congratulations Tim on a fantastic fish, and an even more memorable take and fight. Dylan followed up the very next drift over the estuary rocks with a phenomenally beautiful Guinean Snapper.

Piecing together the Puzzle

And so the time came, tough decisions needed to be made regarding our evening sessions – Continue to fish the pushing tide and the sunset bite, or change tune drastically and fish the drop in a late night session. Night fishing is a strange sensation for those that are not used to it, especially when fishing fly. You need to feel the rod, rather than see the cast – so timing and feel becomes key. Everyone adapts to it, sometimes it just takes an hour or two, and some faith in your own technique.

We decided to press ahead and fish the late session, knowing that we could come up empty handed. And for the first few hours of the session our fears seemed to be drawing closer, it was quiet, no fish touched. But then just as the current changed and water started flowing out of the mouth, our quarry arrived. All of a sudden we were touching Tarpon. The session ended with countless bites, six Tarpon hooked and zero landed between the group. A real humbling. This is what Gabon Tarpon fishing is all about.

The next night had more in store for us, as we arrived at the mouth, we were greeted by the sounds of Tarpon smashing mullet and other bait only meters from shore. It was a wall of sound, one that will make any angler’s hair stand up on the back of their neck, before they have    even wet a fly. A fish on any cast, when they’re this thick the takes come when you least expect, first strip, on the dead drift, less than 2m’s from the edge, you have to be ready for anything. Our other American Dylan got the night off to a fantastic start, landing a beautiful Tarpon straight off the bat. We thought we were in business, but what followed was another humbling.

Countless more takes, countless more Tarpon hooked, one broken rod, and more broken fly lines. Big Tarpon on a strong outgoing tide make for a difficult prize in the best of times, sometimes you just have to take the hiding and head back to camp, tail between the legs. But it wasn’t all for nothing, –  amongst all the chaos, there were a few fantastic Kob caught on fly by one of our Swiss group, Michael. It’s not often we are able to target Kob on the fly, so for Michael to get 3 in the one night was a welcomed success.

The season ahead fishing in Gabon

In all this was a hugely rewarding week, especially given the efforts put in and tough fishing conditions. But as far as Sette Cama standards go, it was a week that only hinted at the fishing on offer here. With such a strong start, I have no doubt that as the rains arrive, the fishing will go from strength to strength. Stay tuned, this is primed to be a cracker of a season.

If you would like to come fishing in Gabon with us, click here for an experience of a lifetime! 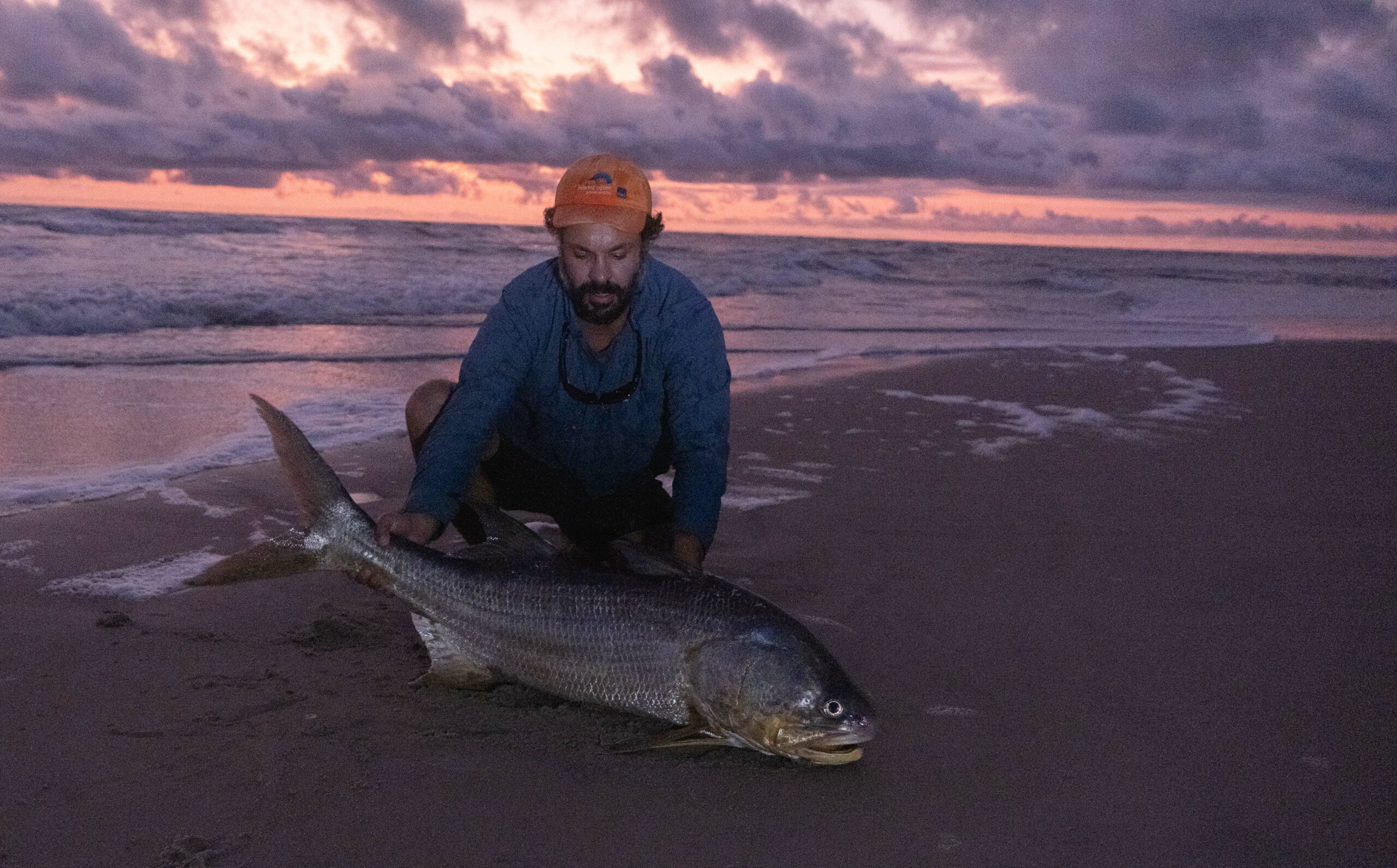 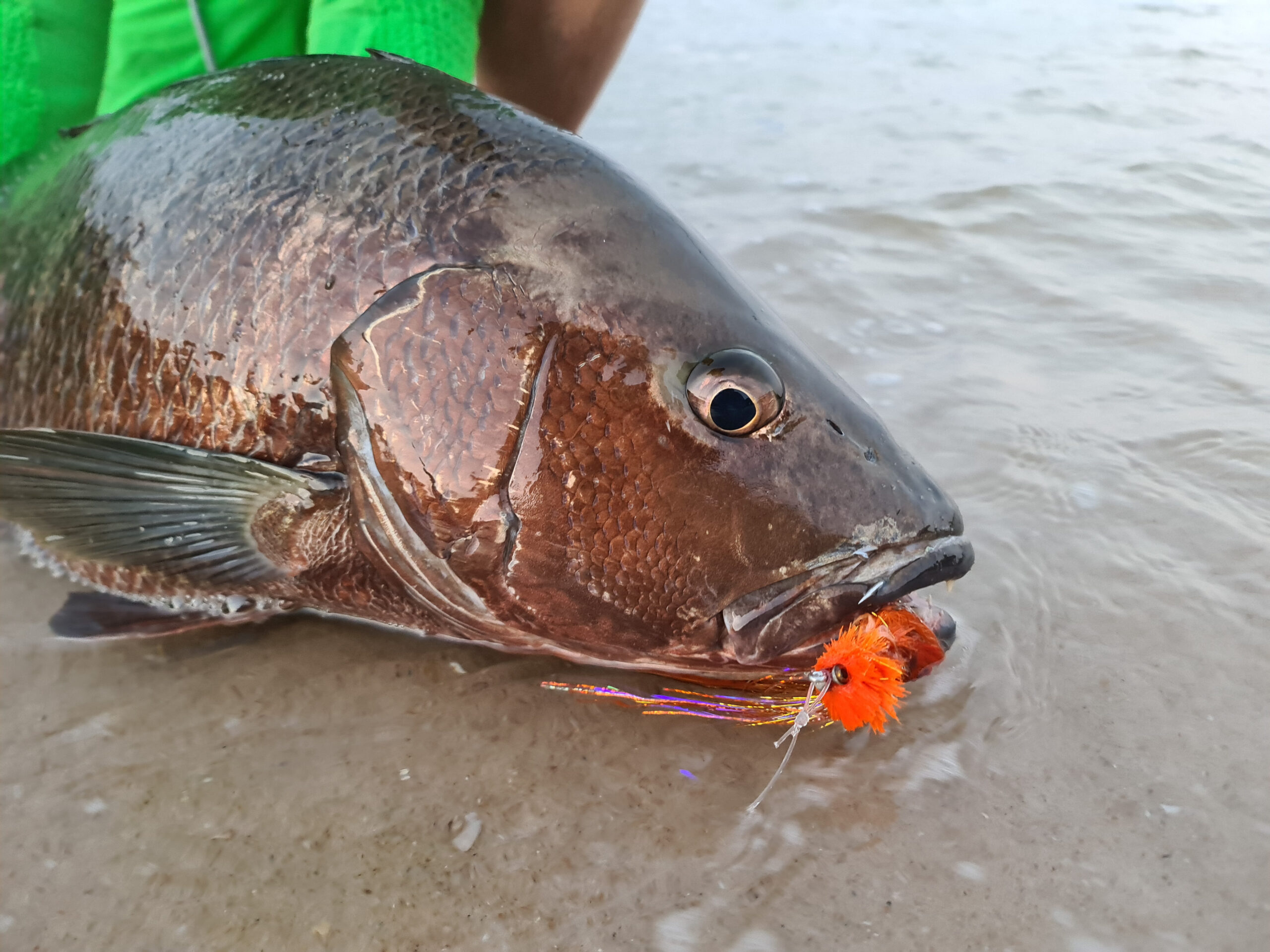 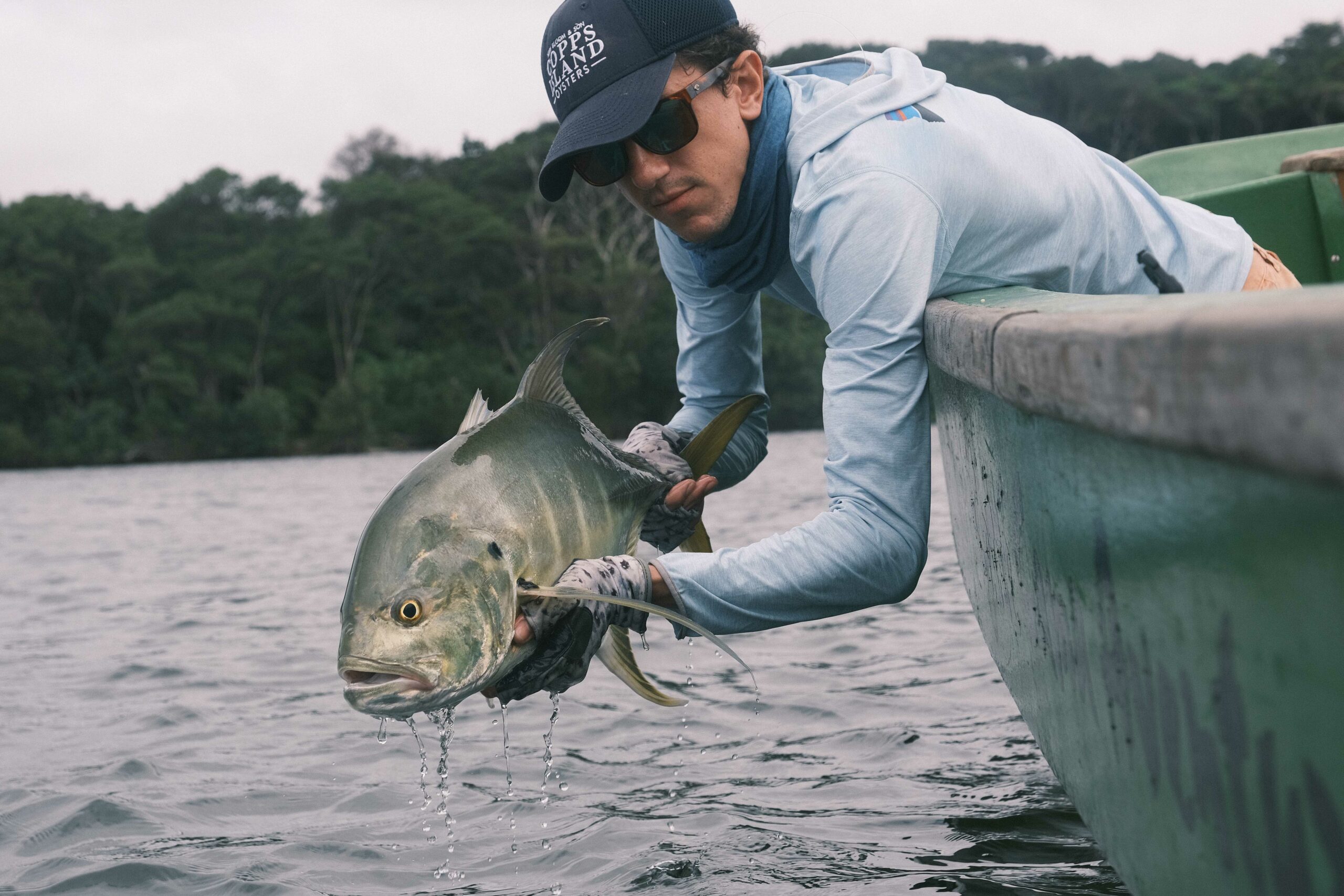 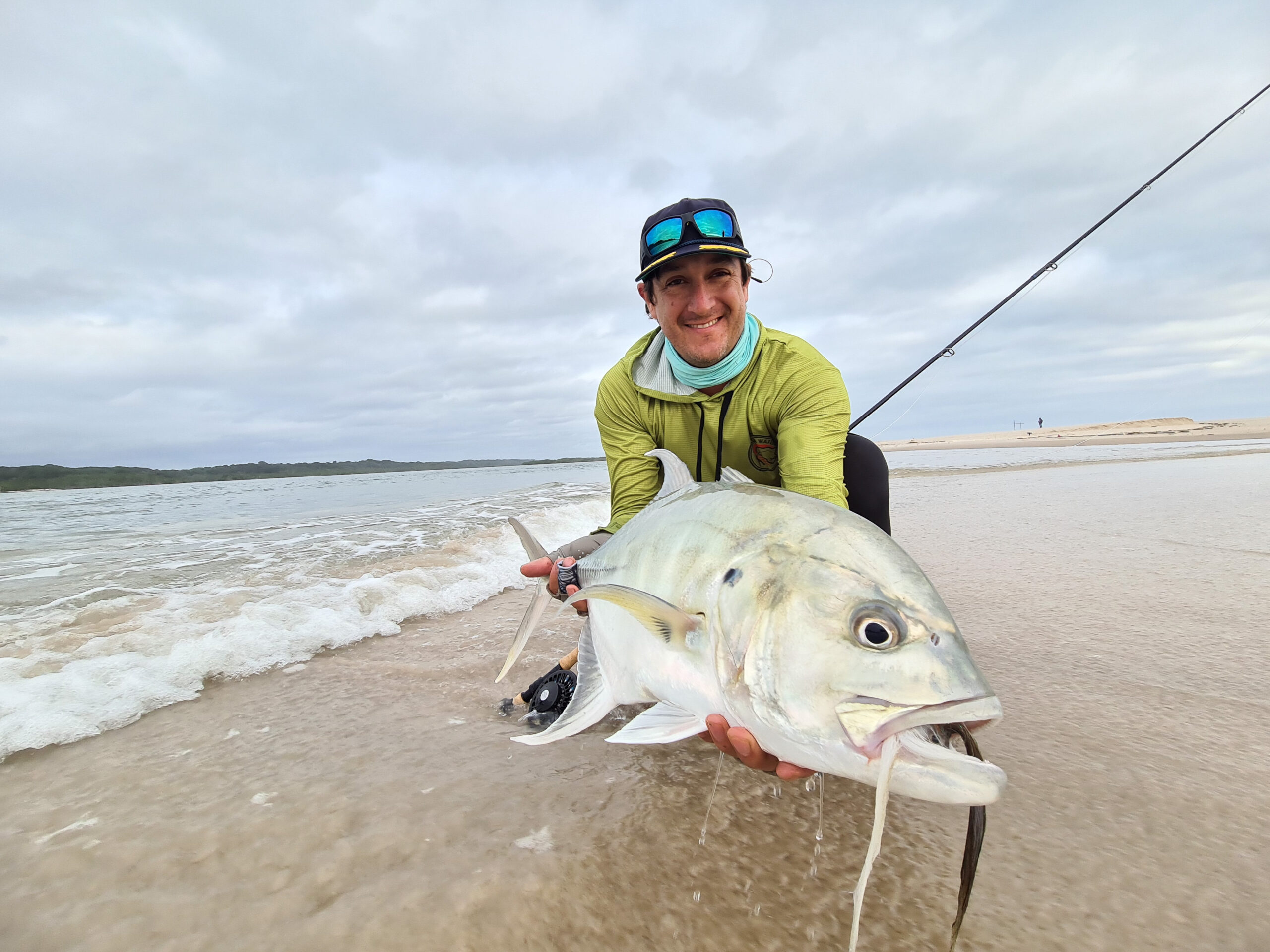 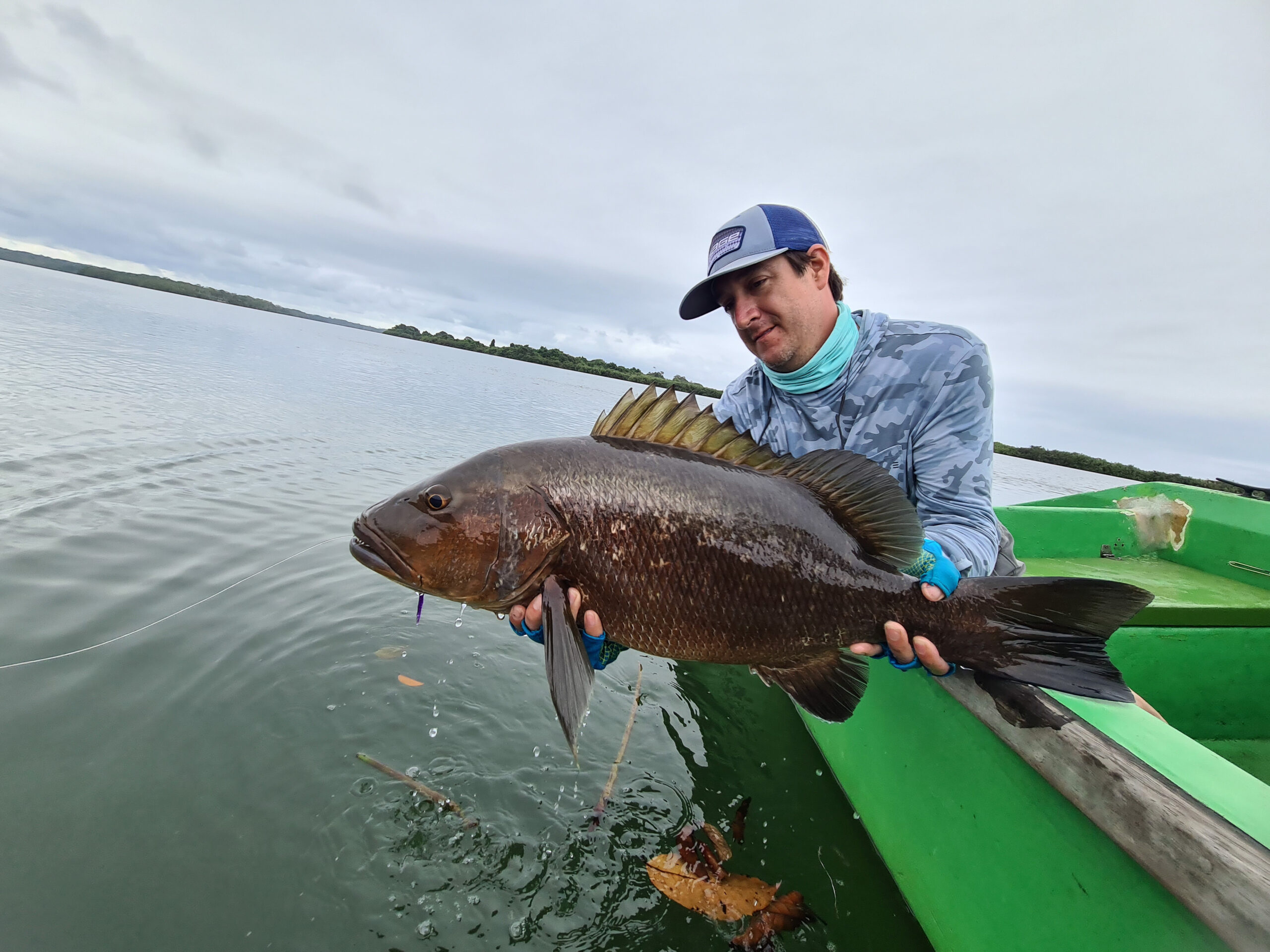 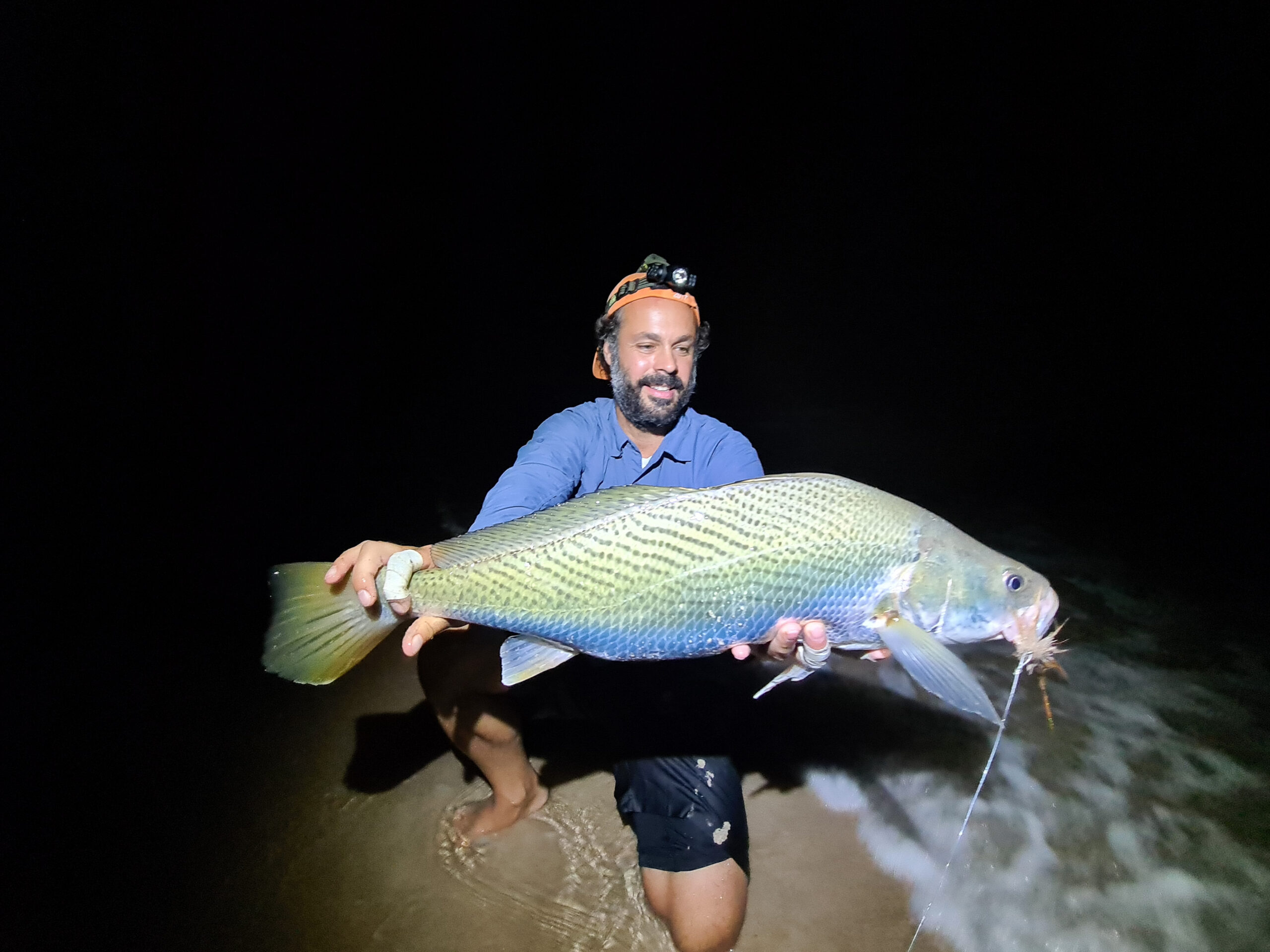 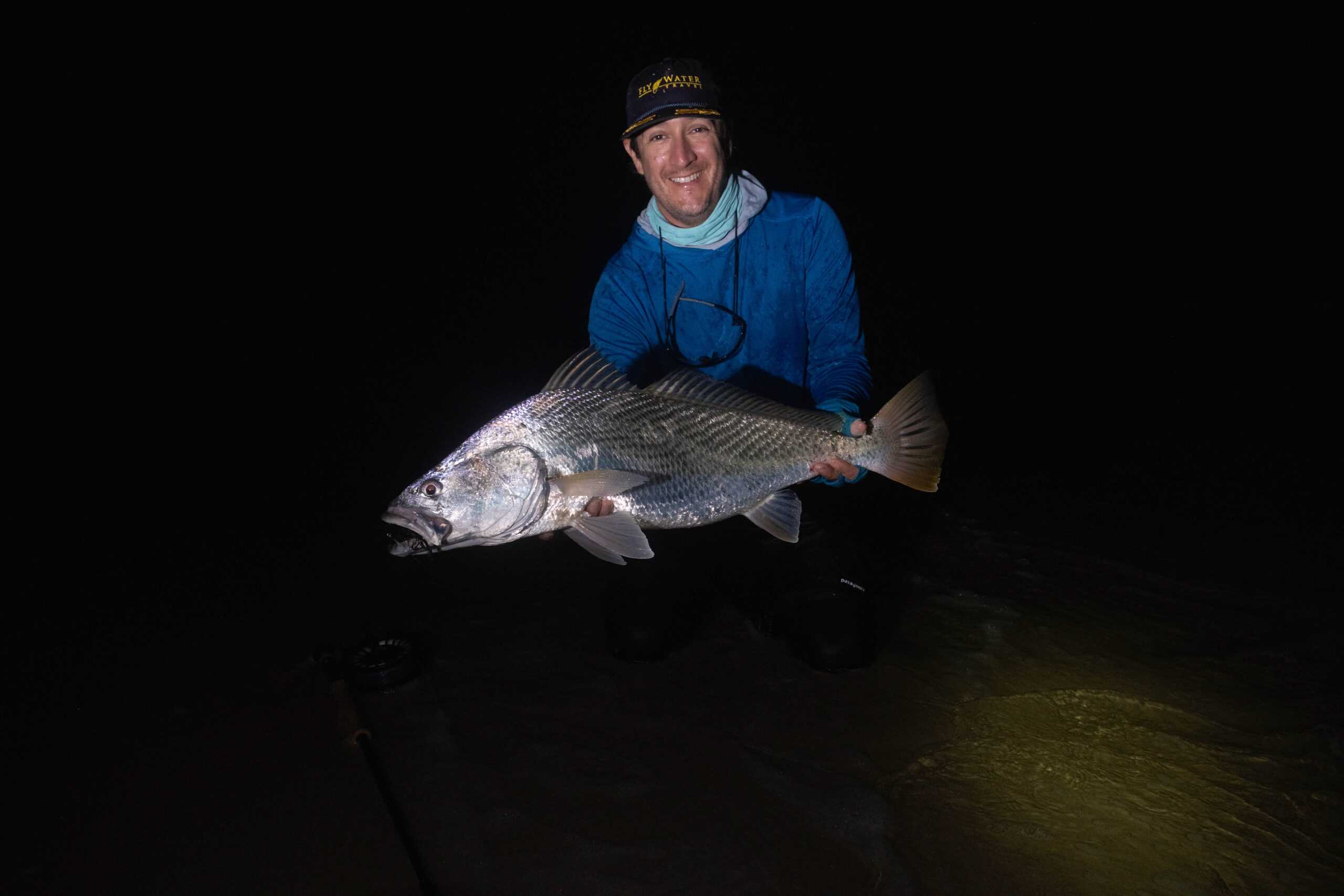 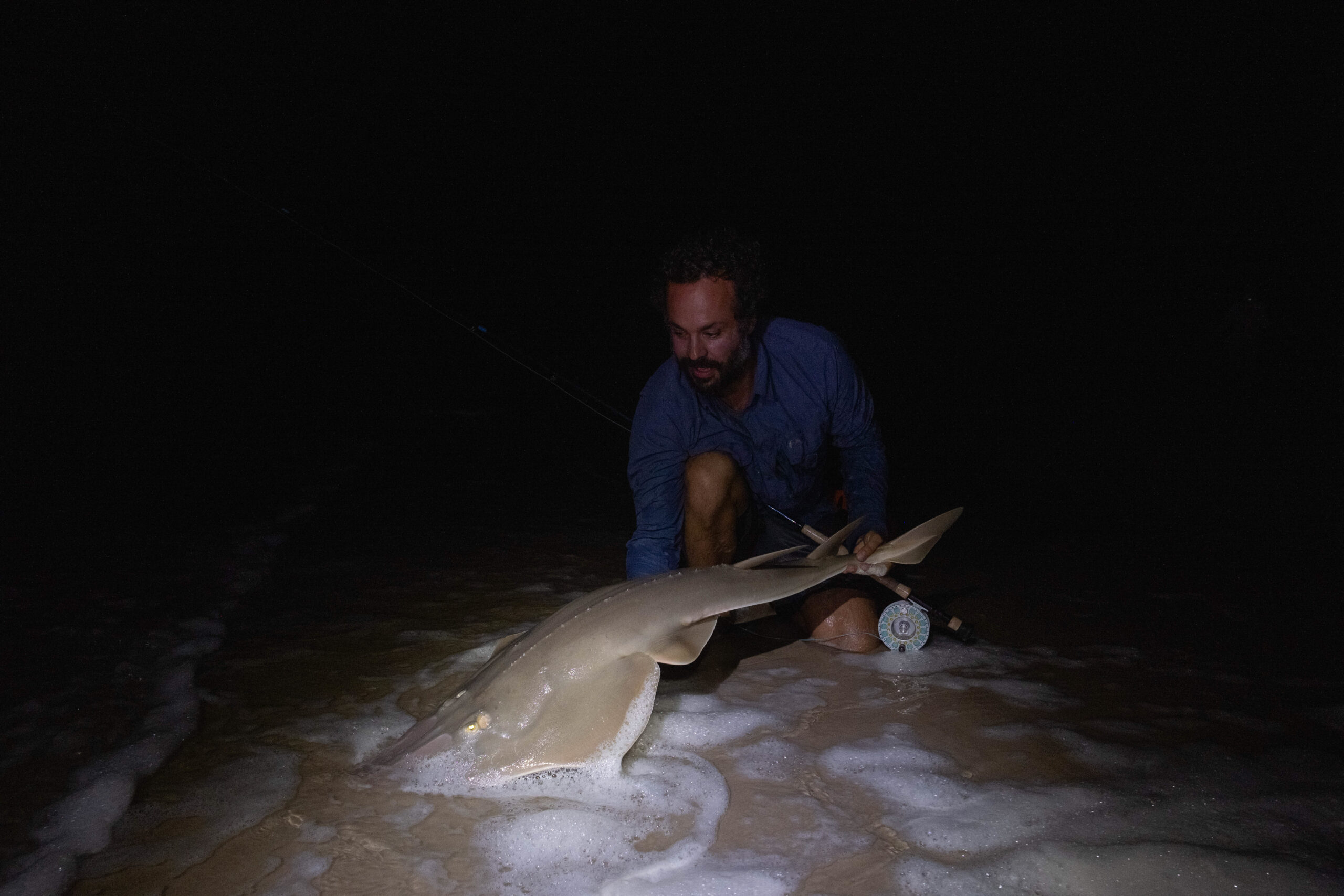