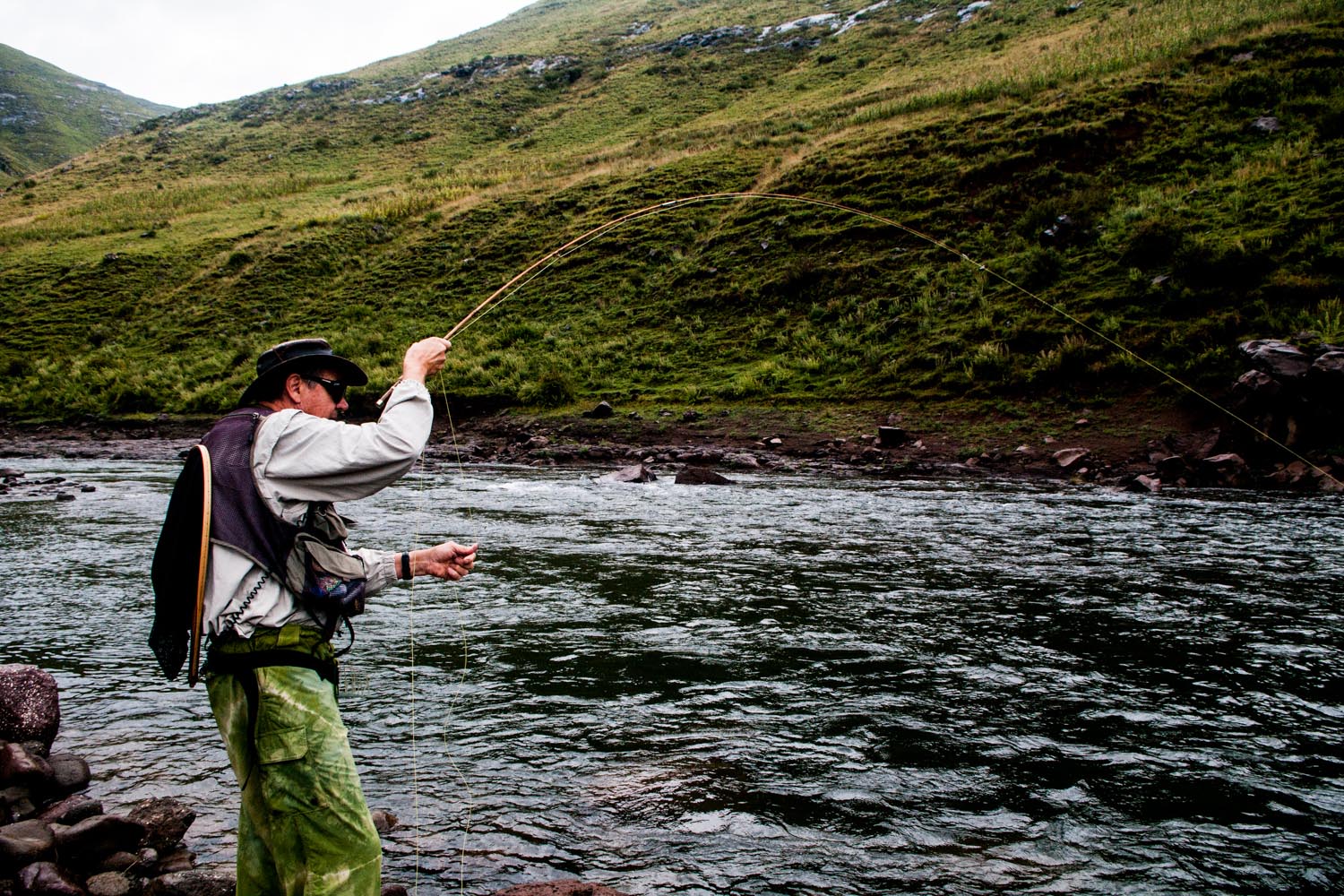 Jay into a good Lesotho Rainbow

The first week of trout trekking, got off to a slightly wet start, and by slightly wet I mean somewhere in the region of 200ml of rain. Before even attempting the wind down into the khubelu valley we made the call to change plans and head over to the Bokong where we could enjoy the comforts of a roof and hot showers. This idea went down faster than the rivers came up. So after arriving late to a clean but fully in flood Bokong, we called it a day, lit the fire and enjoyed a hot meal and a couple glasses of red wine. Not a bad situation considering we were meant to be sleeping in tents in this torrential rain. 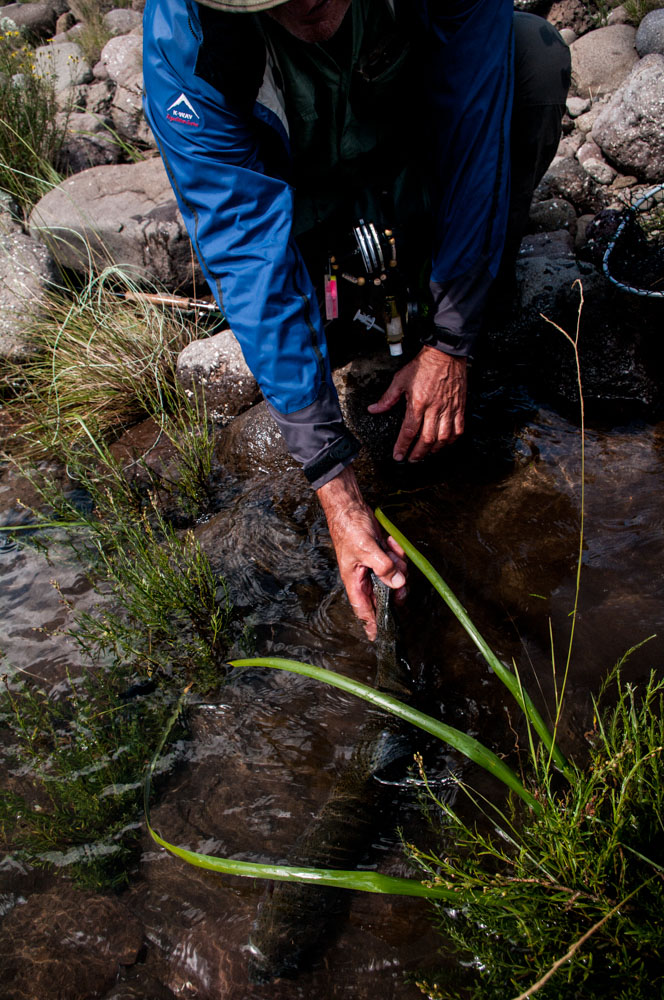 Waking up to an impending sky we still cracked on and made our way down to the estuary and first couple of pools in the river (still very much in flood). Heavy nymphs and wooly buggers being the names of the day. The gents did very well fishing with on and off rain and the odd hurricane blowing through. We managed 4 rainbows over 20” and a few little guys in-between.

The next day meant more terrible weather and a second bit of flooding from the previous days rain. Undeterred we fished on, jay landed a beut 24” rainbow in the river and his brother Paul jumped on the board with an incredible 5lb rainbow also well into the river. That night with the promise of better weather we planned to pack some donkeys and head upstream for the last two days.

Blue skies woke us the next day and without delay we loaded five very unwilling donkeys and set of upstream. After about 20km we found a cracker of a campsite, a huge old willow tree with a big hollow in it which served as a perfect fire place. That afternoon and the whole of the next was spent fishing around camp and much further upstream, 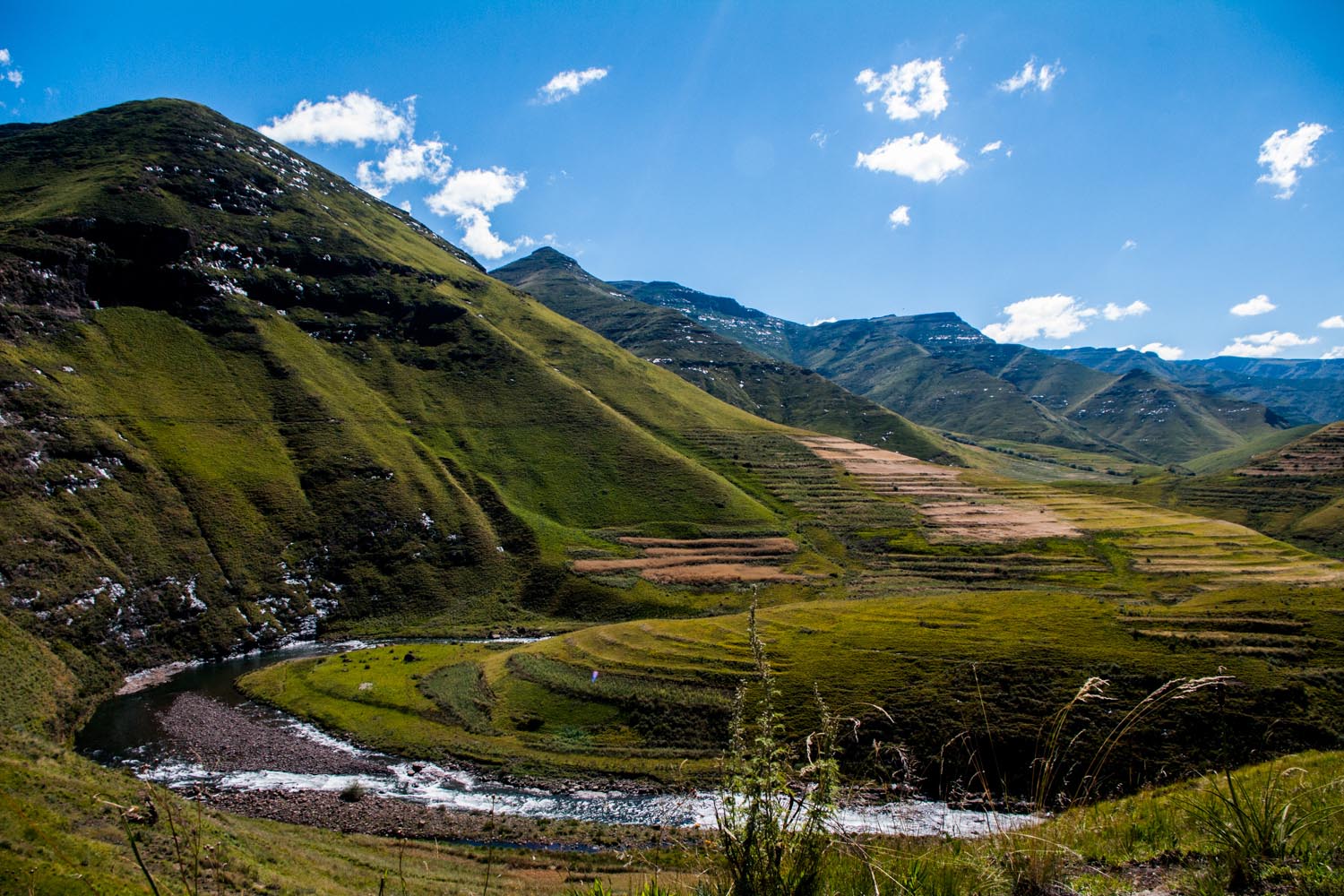 unfortunately we didn’t find any fish apart from some shivering yellowfish that hadn’t made their way down stream yet.

The next morning we broke camp and skipped back to the vehicle and headed out. Minus the poor fishing we had an incredible time with some beautiful weather and some very good company.