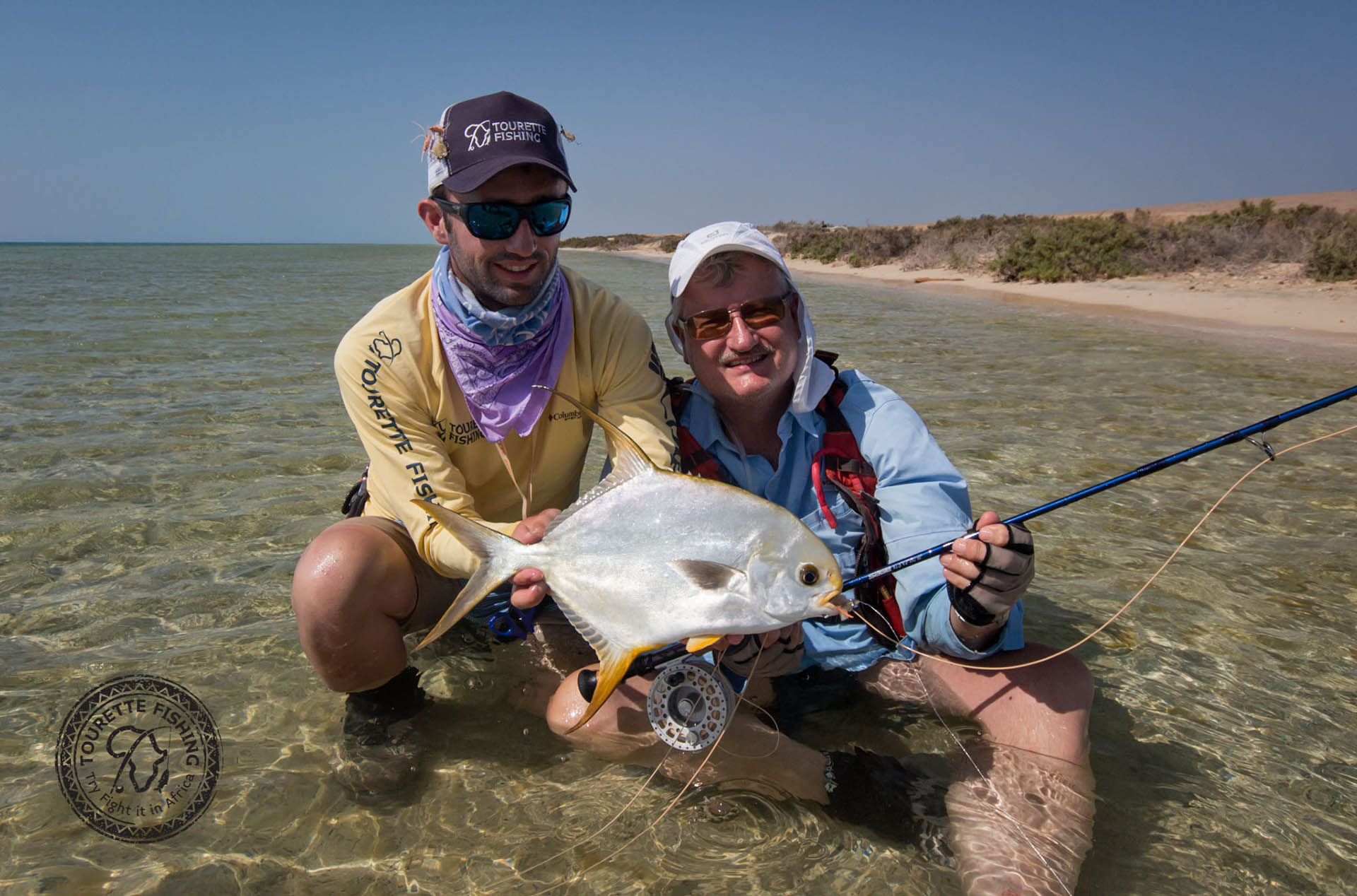 For the first week of the 2015 Nubian Flats season we were joined by a group of very eager fisherman ready and set to kick-off the season with a bang. Father and son combo Dave & Matthew Espen were joined by long time friends Martin, Fanie, Gerrit and all the way from Namibia, Chris. After a late arrival and good dinner on Monday night, the guys went to bed very excited to kick off their trip the following day.

On the first morning we woke to very strong wind coming out of the north. This wind direction is very favourable for fishing but the strength of it made the fishing very tough. The fish were definitely there in good numbers, but visibility was a challenge. Luckily on the Nubian Flats, with all the different islands around, no matter what direction the wind is coming from, there is always some shelter to be found. 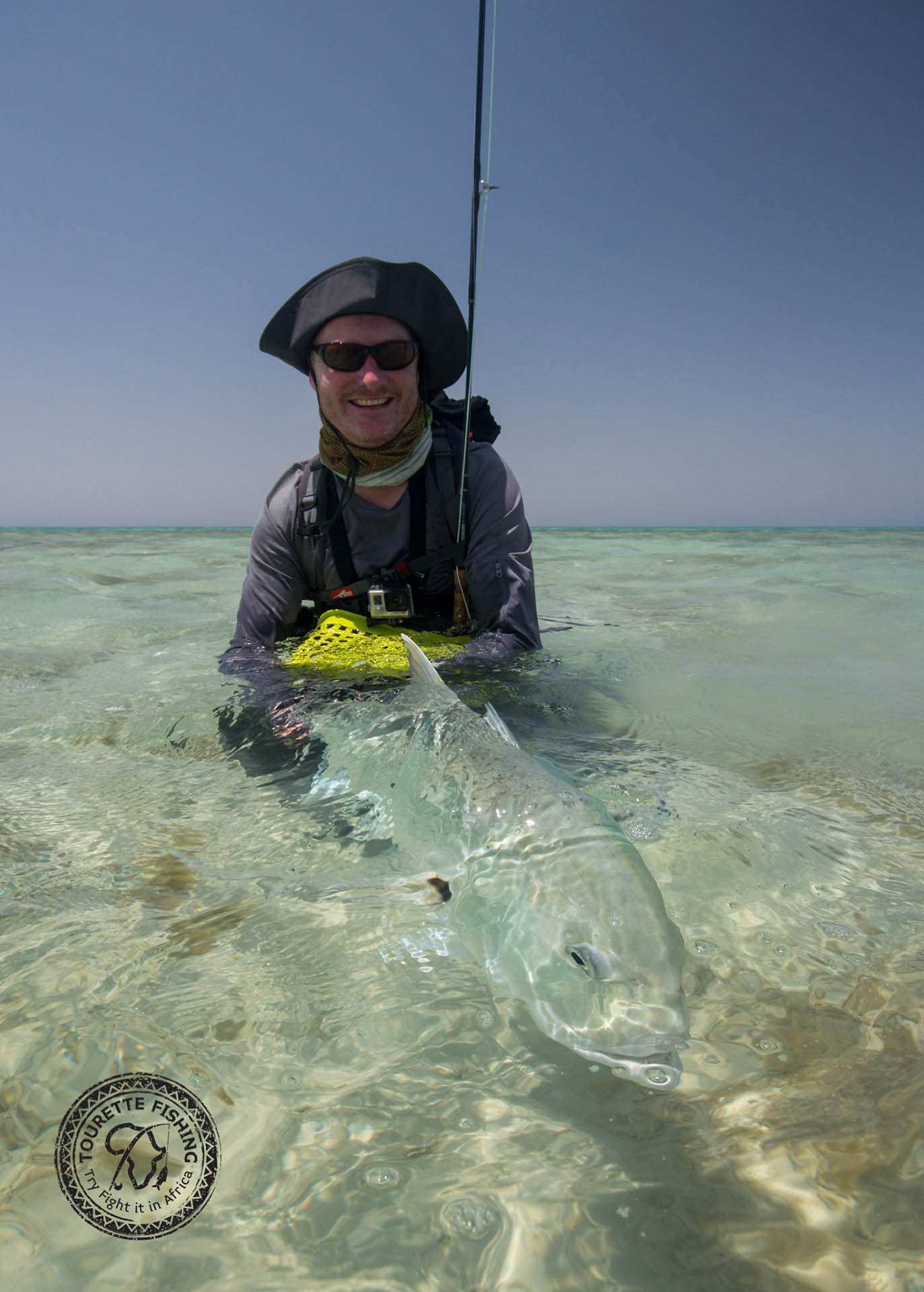 Despite the tough conditions, we still had some shots at a couple really big bluefin trevally as well as some triggerfish with the latter being very difficult and almost near impossible to see, until it was too late and the fish were moving. We saw some incredibly big permit as well but the conditions made it very hard to get a good presentation to them. One of these permit in particular was an absolute beast, and well over 25 pounds. There were also a few single bonefish on the flats, all of them excessively big and comfortably over 10 lbs. The code on these big bonefish is yet to be cracked. As we get very few shots at them, the time we have been able to dedicate to figuring these fish out has been limited. We have got a few ideas, so we are hoping to be able to send some pictures of these bones in the next few blogs. A mouthwatering prospect for the next group of anglers.

By the end of this first day the guys scratched up some fish with Martin taking the honours by landing a very nice bohar snapper.

Over the course of Day 2 & 3 the weather improved drastically and so did the fishing. In true Nubian Flats form, the flats were crawling with both titan & yellow margined triggerfish but they were incredibly finicky. Refusing almost every crab we presented, spooking when you start loading your cast, or just plain ignoring your fly, most definitely a result of the very cool water. The guys were left frustrated at times but managed to fool a couple of them on size 2 tan coloured Velcro Crabs and some Avalon Shrimps. 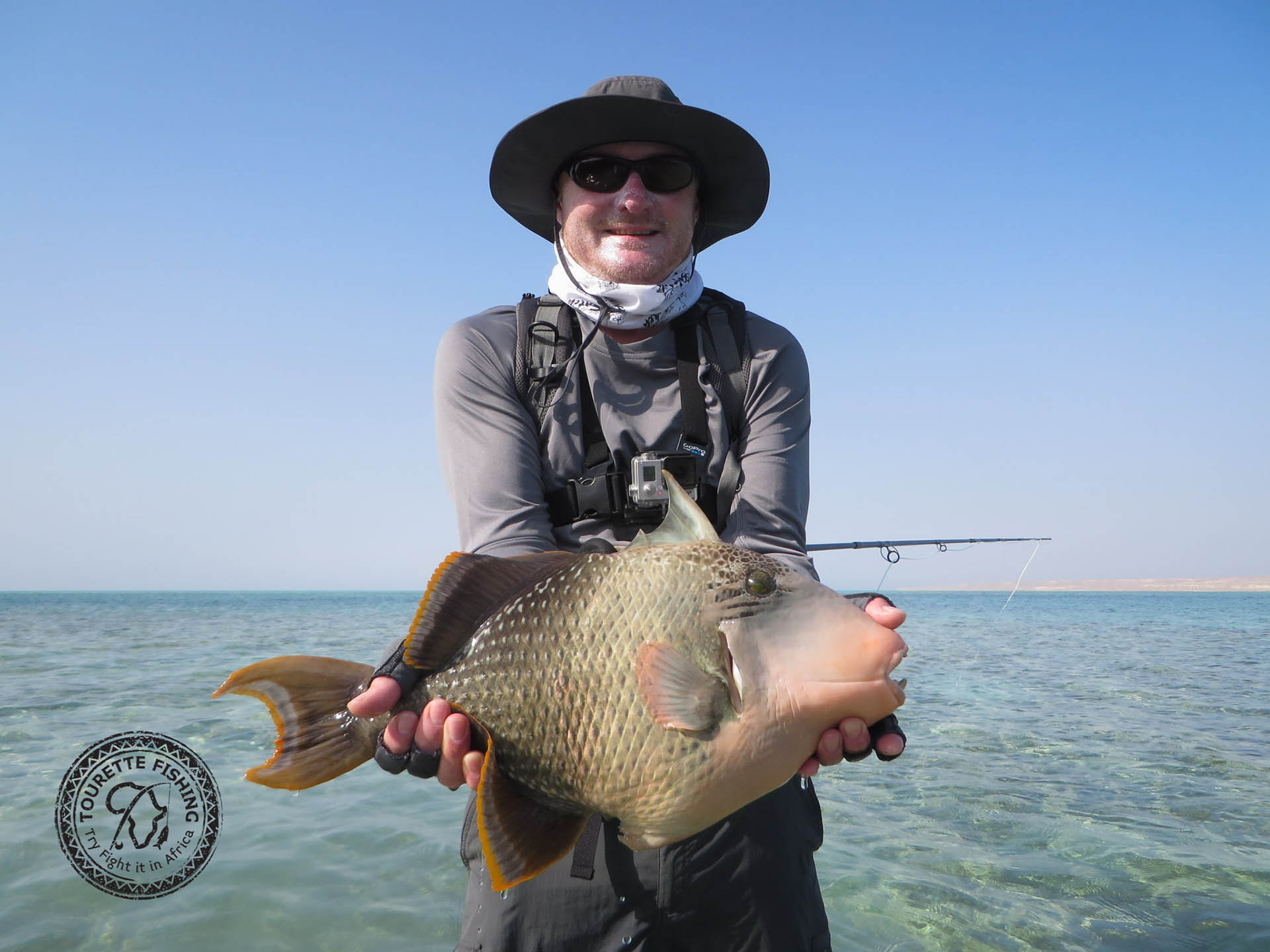 We also encountered some really big GT’s on the flats as well as some big barracuda. Fannie got absolutely smoked by two incredibly big GT’s on Day 2 and got handled again the very next day by another big GT on the flat. Special mention has to go out to Gerrit who persisted and kept on presenting to the shoals of permit and managed to land a small, but very nice specimen on a chunky merkin crab.

One can also spice up your trip to the Nubian Flats by adding some offshore popping and jigging, away from the fly fishing areas, and this is exactly what Chris and Matthew did. They did some morning sessions offshore and then spent the afternoons on the flats fly fishing. The water offshore was still a little coolafter the northern hemisphere winter, so the GT’s offshore were scarce but they still got rewarded handsomely with some really big bohar snapper in access of 10kg. Chris even managed to land two bohar on the same cast with one lure.

Day 4 & 5 we headed up north some more, to go and fish a different section as well as some of the atolls further offshore.The weather gods still smiled on us and we got treated to picture perfect days and some really good fishing. A number of good GT’s presented themselves on the flats. Some fish cruising solo while others accompanied rays and sharks. Matthew got stuck into a nice GT on the edge of the one atoll and managed to land a nice 90 cm fish. The guys also cashed in on some good sized bluefin. The triggers were still in good numbers on the flats everyday but were extremely tricky, refusing almost everything we had in our arsenal and ultimately leaving guides and anglers equally frustrated. We still succeeded to land a couple though. Fanie landed an exceptionally big yellow margined trigger while Matthew also got into the mix. 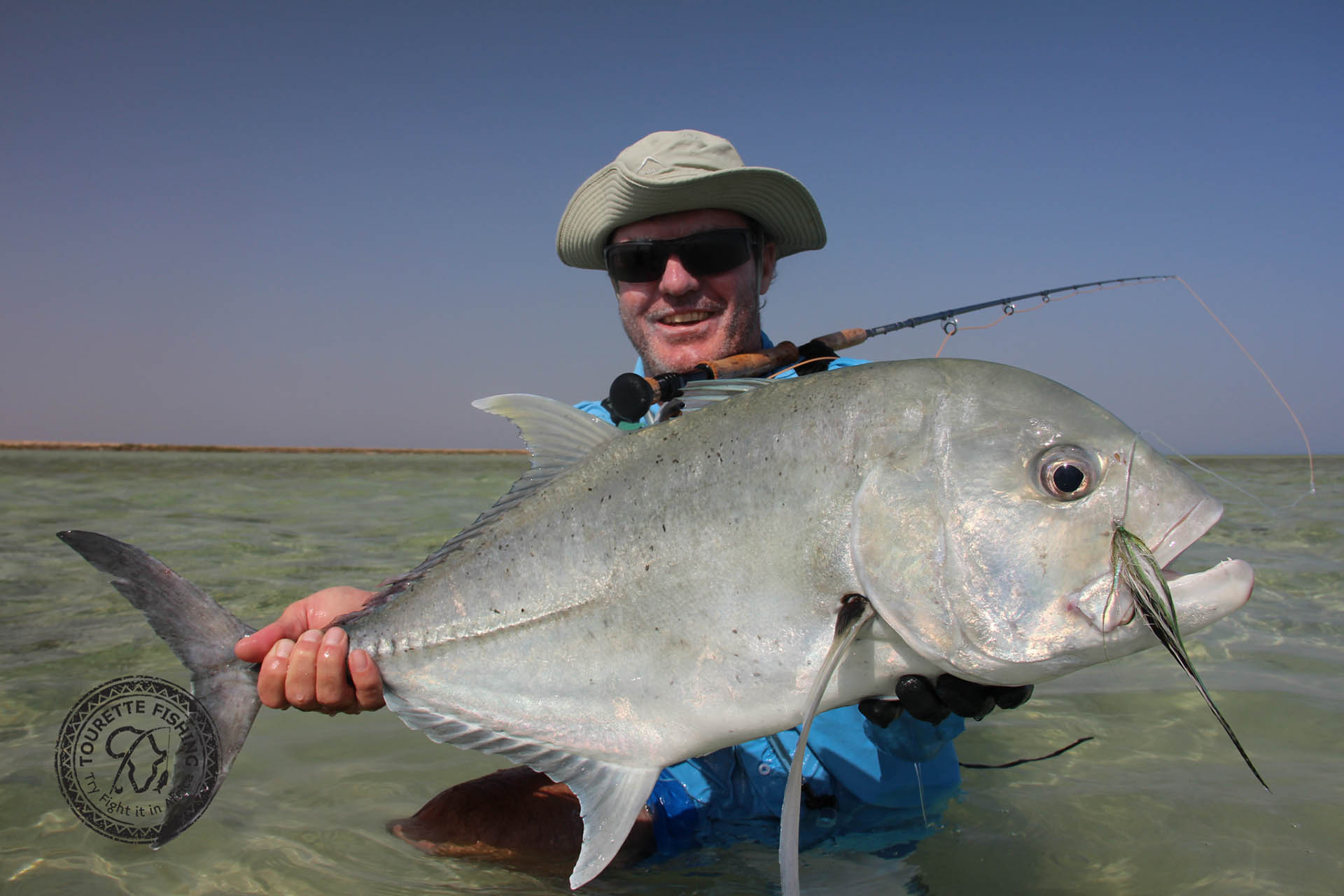 On the 6th and final day of the week, the wind came with force from the south and made the going very tough. This isn’t a good wind for this area, and luckily it only blows on the rare occasion. We had some shots at triggers but the main attraction of the day was the GT’s and bluefin we found hustling the flats. The wind was very strong which made the casting very difficult but Martin and Fanie capitalized and landed two nice GTs on the flats. An exciting aspect of this session was that we again saw some massive single bonefish in the skinny water. One fish in particular was well over 12 pounds, and although we didn’t get a legitimate shot at the fish, it is an exciting prospect for the week ahead.

The wind continued to get stronger throughout the day and by early afternoon, it pushed all the fish off the flat and we decided to call it a day and head back to the mother ship for a shower and steamy cup of Italian coffee. All in all a good start to the season despite some of the windy days and we can’t to head out for the second week.

Till next time The Tourette Fishing team in Sudan.