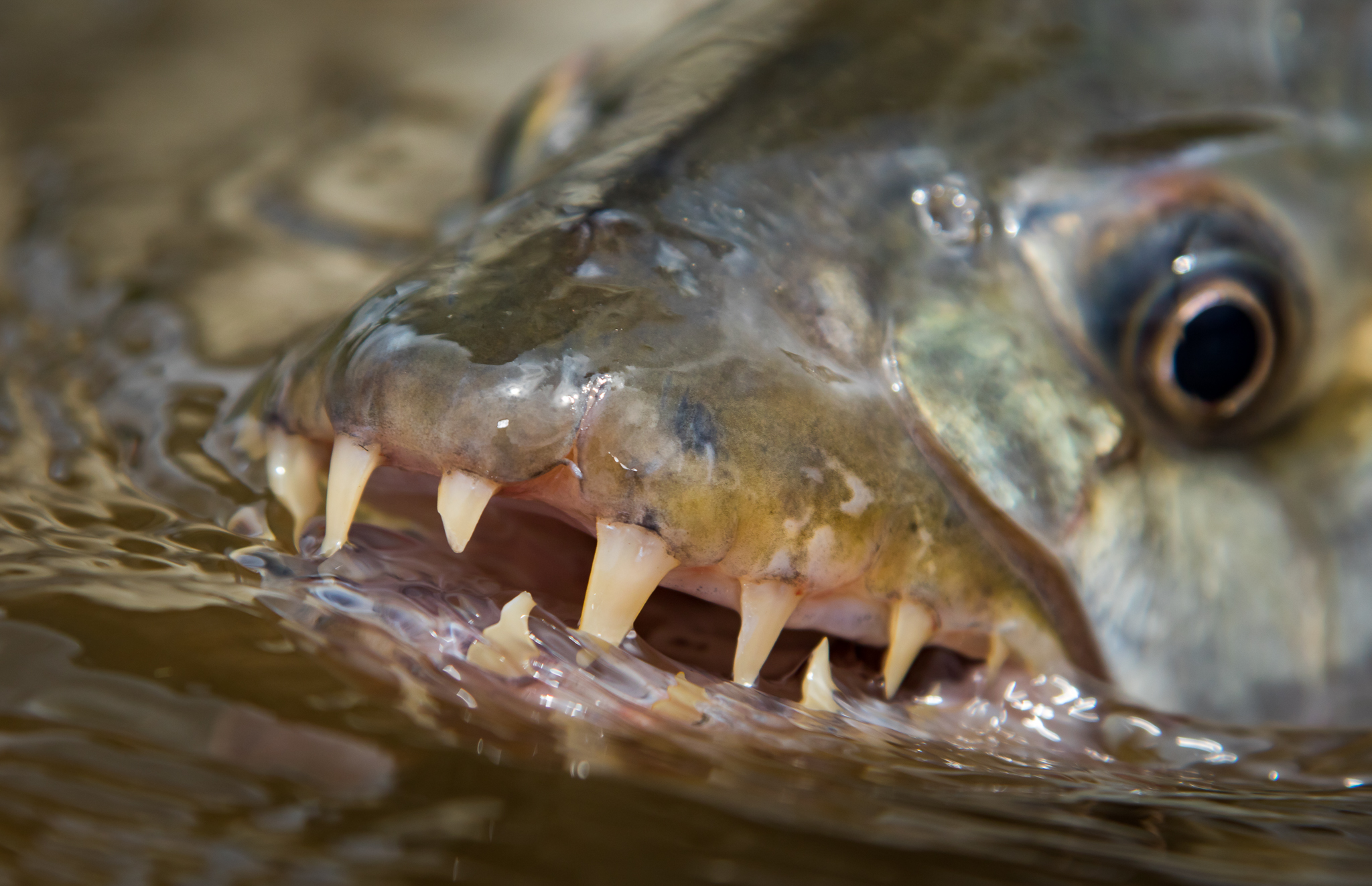 With the first group of the season inbound after building a new camp and getting through all that Corona has to offer around the globe, we were sitting on the edge of our seats waiting for our new guests to arrive. Christian, Sarah and their ten-year-old son Hico, from Brazil, had made their way across the globe to come and test their luck in landing a trophy tigerfish, in one of the best places to do it on the planet.

Little did we know that it involved quite a back story to their journey here, firstly we had found out that Hico and his father had travelled far and wide to across the globe catching quite a number of fish species, but even more interesting was that, Christian had fished for tigerfish on the Zambezi river in Zimbabwe in the 1970’s, where he bought a plate that he gave to his father that was engraved with a tigerfish. This plate had been passed down once again by Hico’s grandfather to him to carry on the legacy and now also had the chance to land a tiger of his own.

The trip began on the Ruhudji where the trio would settle in and begin their fishing. The first morning proved to be slightly tough with the water temperature not rising due to cloud cover and a swirling wind. It settled down later in the morning and the family had each landed their first tiger by lunch time, much to everyone’s delight. After lunch, everyone began to discover just what the river had to offer, with the river temperature up, the action came in fast and furious and Sarah managed to land the biggest fish of the day at 10lbs. Many other strikes were had but as tigerfishing goes, the fish managed to shake the hook leaving the anglers in awe of these fish, often sharing remarks and comparisons to saltwater fish.

The second day proved to be an improvised assault on the fish, where Sarah and Christian would head up stream on one boat and young Hico would attack the fish slightly lower down on his own boat. The family made light work where Hico landed good number of fish and Christian landing the biggest fish of the trip so far coming in at 12lbs and giving an awesome display of power with a huge run, peeling line and jumping throughout the fight as the athletic teen weighted fish often do. The third day on the Ruhudji brought with it an interesting day where one of the guides went man down with malaria and the family had to be re-united on one boat, the fishing was on fire and two huge fish were unfortunately lost on the lower reaches of the river, leaving a sense of wonder about what the next three days on another river could bring. Was there still time to land a true trophy fish, that the area is renowned for?

With travel to the Mynera and the new camp being an anticipated event, the last three days of the trip were set to be one for the books. With some minor measures taken to ensure that guiding took place while one of the guides was still recovering from malaria, the first day brought with it some really good fishing. Sarah came out firing with the here first fish of the day being landed, which was a 16lb fish, a true trophy by any tigerfishing standards and later landing another good fish of 13 pounds, making for an unforgettable days fishing. The second last day saw some tough fishing conditions being had with weather patterns being unfavourable, the day seemed to be a tough one for the family team, many casts took place and it seemed that the day was going the way of mother nature. Right in the dying moments, Christian managed to settle the score and landed the only fish of the day and the family record of 19lbs in low light close to camp, a fish that he had been dreaming of since he was a young boy on the Zambezi. This was a momentous occasion that held a special place in Christians mind, cementing the history of the area as well as adding new history to the families ties with tigerfish over the years. The last day was meant to be rapids day, where the whole day as usual, is an event. We all set out early in the morning, to take on the rapids, with all the guides and family in tow. The family was early into the action with a smaller fish being landed, as we progressed further upriver, the fishing seemed to escalate. There were multiple strikes on big fish, however they unfortunately eluded capture. Hico in the families seemingly recurring fashion, hooking fish right at the end of a day, managed to land his biggest fish of the trip, which was 12lbs making him an ecstatic young man, and the family had then all truly achieved what they had set out to experience in the Kilombero valley.

The last evening was one of reflection and slight sadness as the trip had come to an end, they all thoroughly enjoyed the trip, and all said that a return visit in the future is definitely on the horizon. As the family stepped onto the plane, it was a surreal feeling, that we were all back in this amazing place, but not without its challenges. The rivers had shown us just the beginning of what to expect in the coming months. 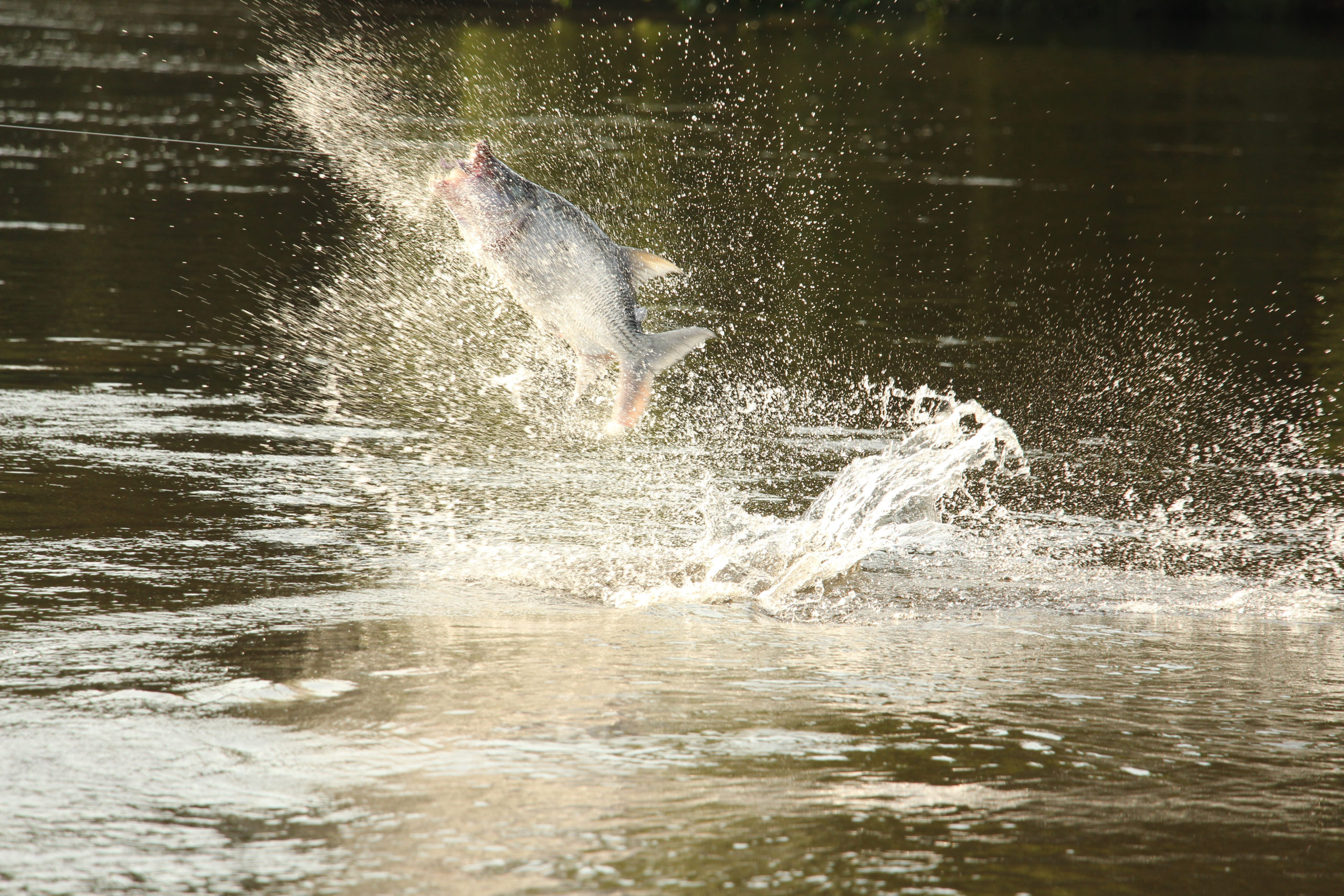 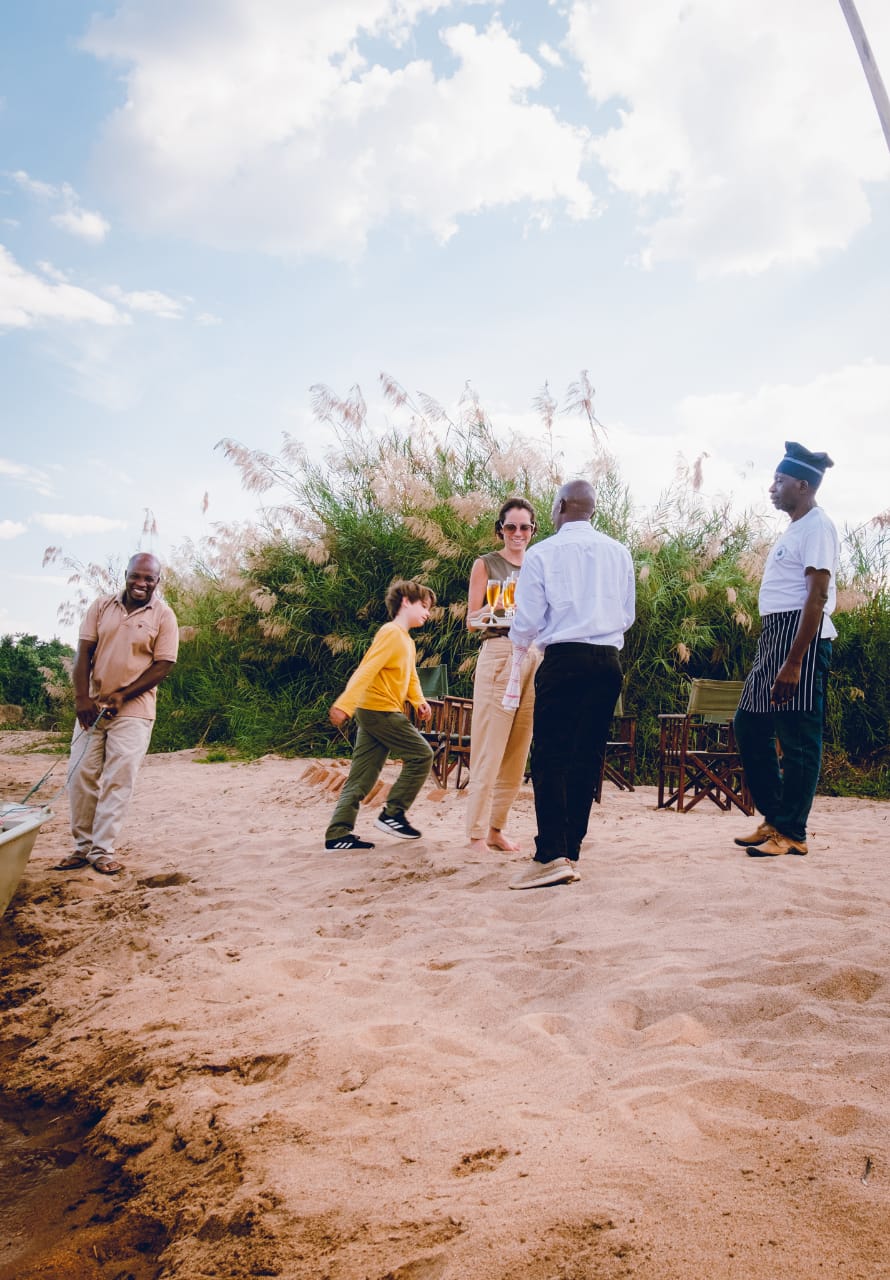 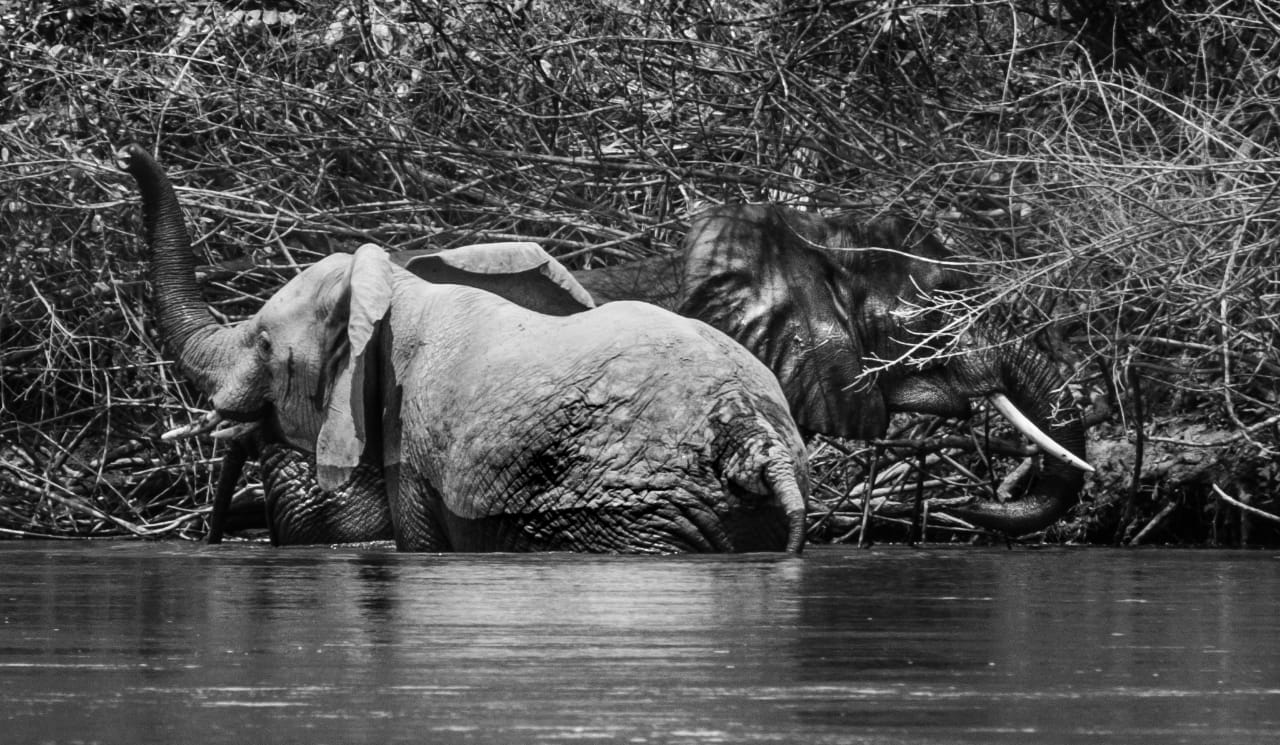 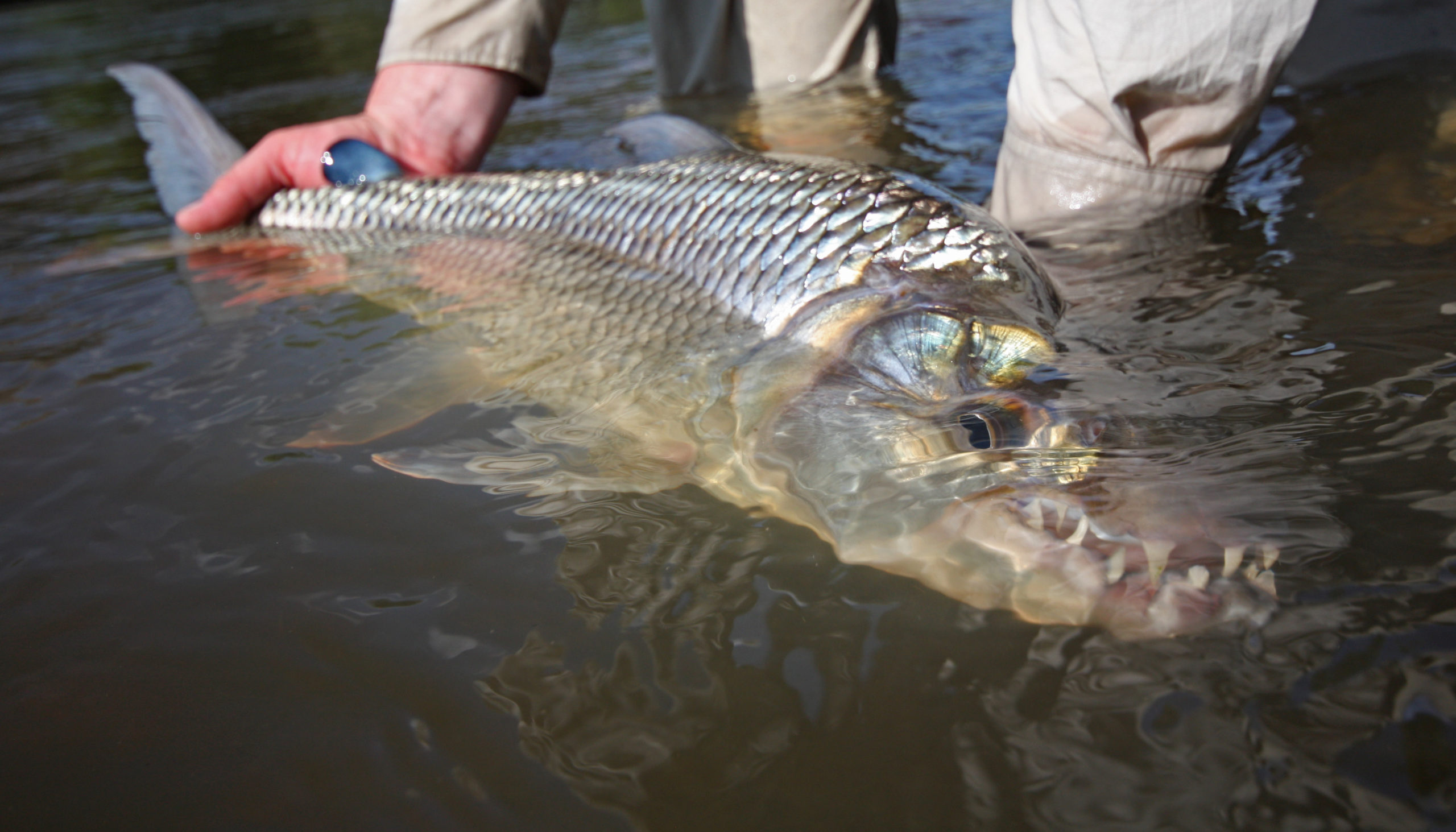