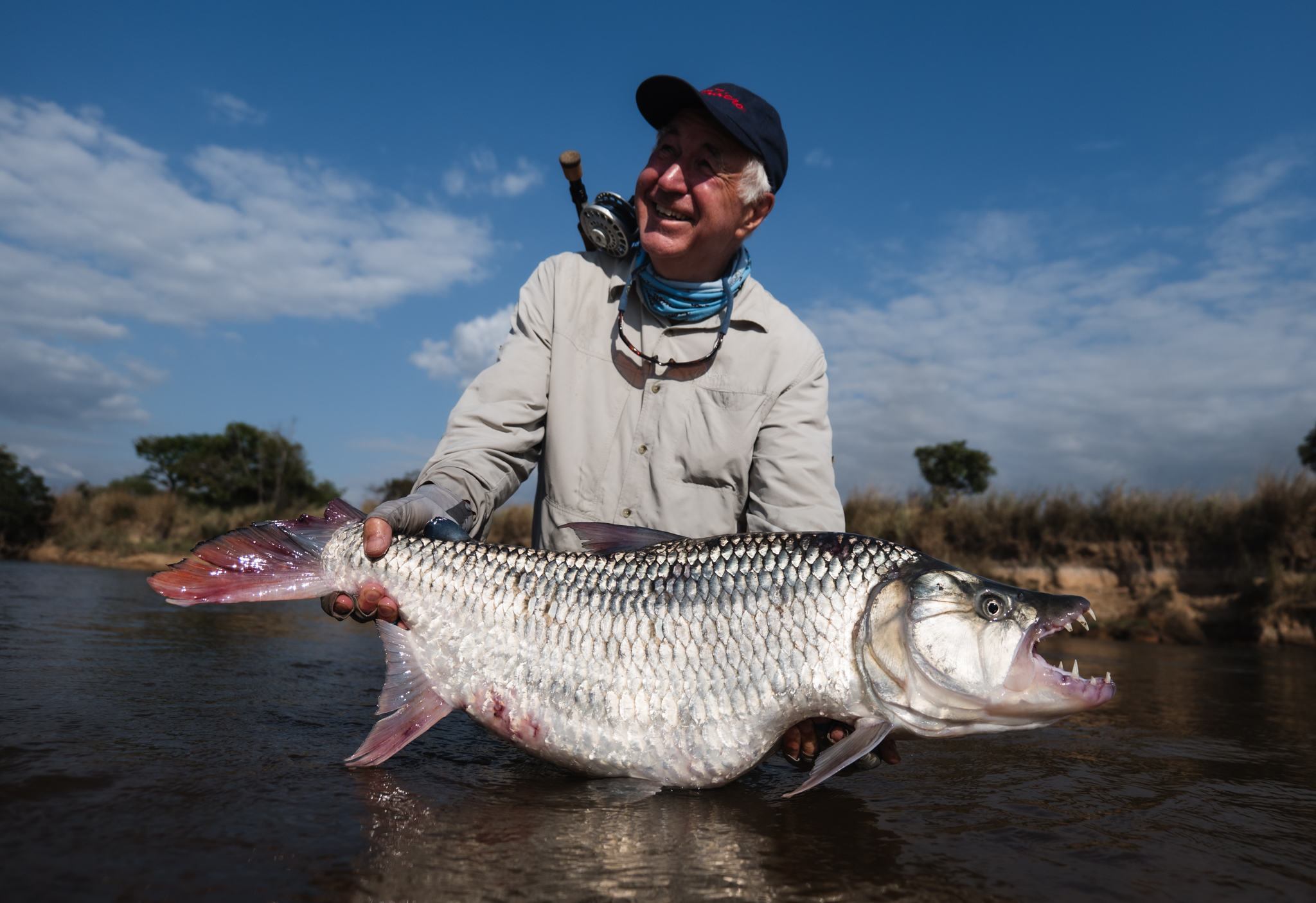 From the hustle and bustle of major global cities to the tranquil and vast wilderness of the Kilombero Valley, the start of week two was beckoning with big tigerfish on everyone’s radar. Gear prepped, theories pondered and excitement unrivalled as the group of 8  anglers were split in two, one group from Frontiers UK  destined for the Ruhudji whilst the other group  of 4 from Wild on The Fly, marveled over the Mnyera river for the first half of their  week.

The tigerfish, a totally unique powerhouse, was a species of fish all eight anglers had never crossed paths with prior to the 17th of September 2022, what followed was a week that changed it all in true tigerfish fashion. The second week proved to be fickle on the Ruhudji with the cold water still making for slow mornings. However, hard work proved to be key once more and afforded the guys run-ins with a bunch of incredible fish. Afternoons were evidently more effective once the water warmed up throughout the day. The afternoon sessions provided  key windows were the tigers would turn on and feed far more aggressively. These were the opportunities the guys were looking for in order to truly capitalise; which they certainly did.

Tanzania tigerfish of a lifetime

A truly magical moment unfolded on day four on the middle beat, Mnyera river(arguably the finest Tanzania tigerfish river).  Terry Twigger took a run up at a true fish of a lifetime. On anchor, Terry sent his baitfish pattern deep into a sweeping bank targeting a submerged timber pile-up. It didn’t take long before Terry went tight and found his fly neatly wedged in the mouth of a 24lb Mnyera tigerfish. Absolute chaos unfolded as the fish took off. Line burns took their toll but Terry was up for the challenge, handling the initial surge with a cool head. The worst was over as the fish dug deep and fought hard in and around the boat. Blaede managed to slide the net under the fish securing one momentous occasion! Many a beer were shared around the campfire that evening as memories of the day were relived. An incredibly special moment to say the least.

All this weeks anglers  were on the receiving end of some exceptional fish with a good number of double digit fish being brought to the net. On top of this, many fish were seen rolling on the flies with many bumps and pulls resulting in fish lost, in true tigerfish style.

As always, the experience shared in an area as such as the Kolombero Valley was breathtaking to say the least. Incredible amounts of wildlife inhabit these rivers creating a spectacular environment to throw a fly, an experience that lays home to many incredible memories for those involved. Once more, another successful week up in Tanzania, a fishery every fly fisherman should experience – click here if you would like to experience this incredible fishery. 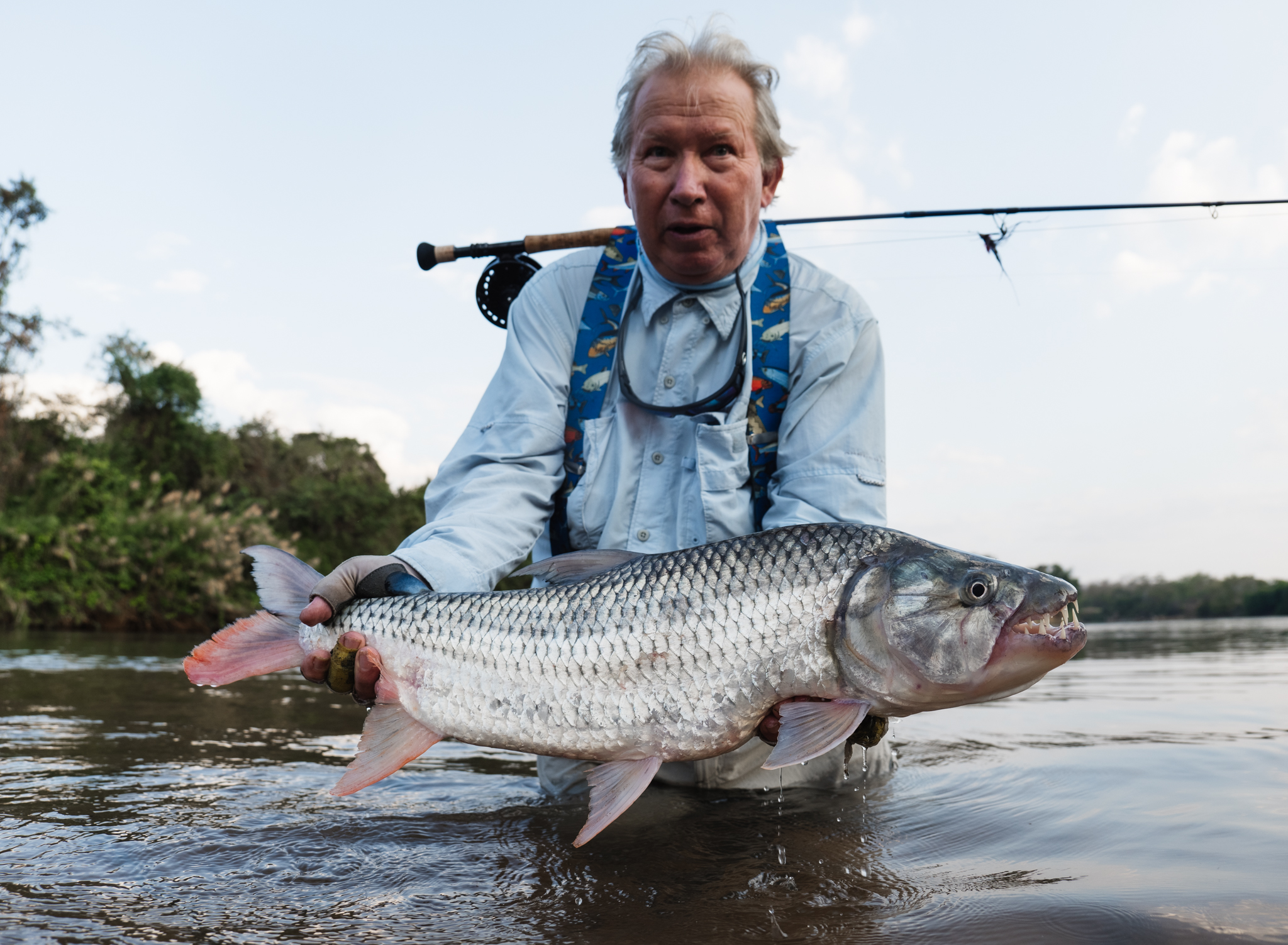 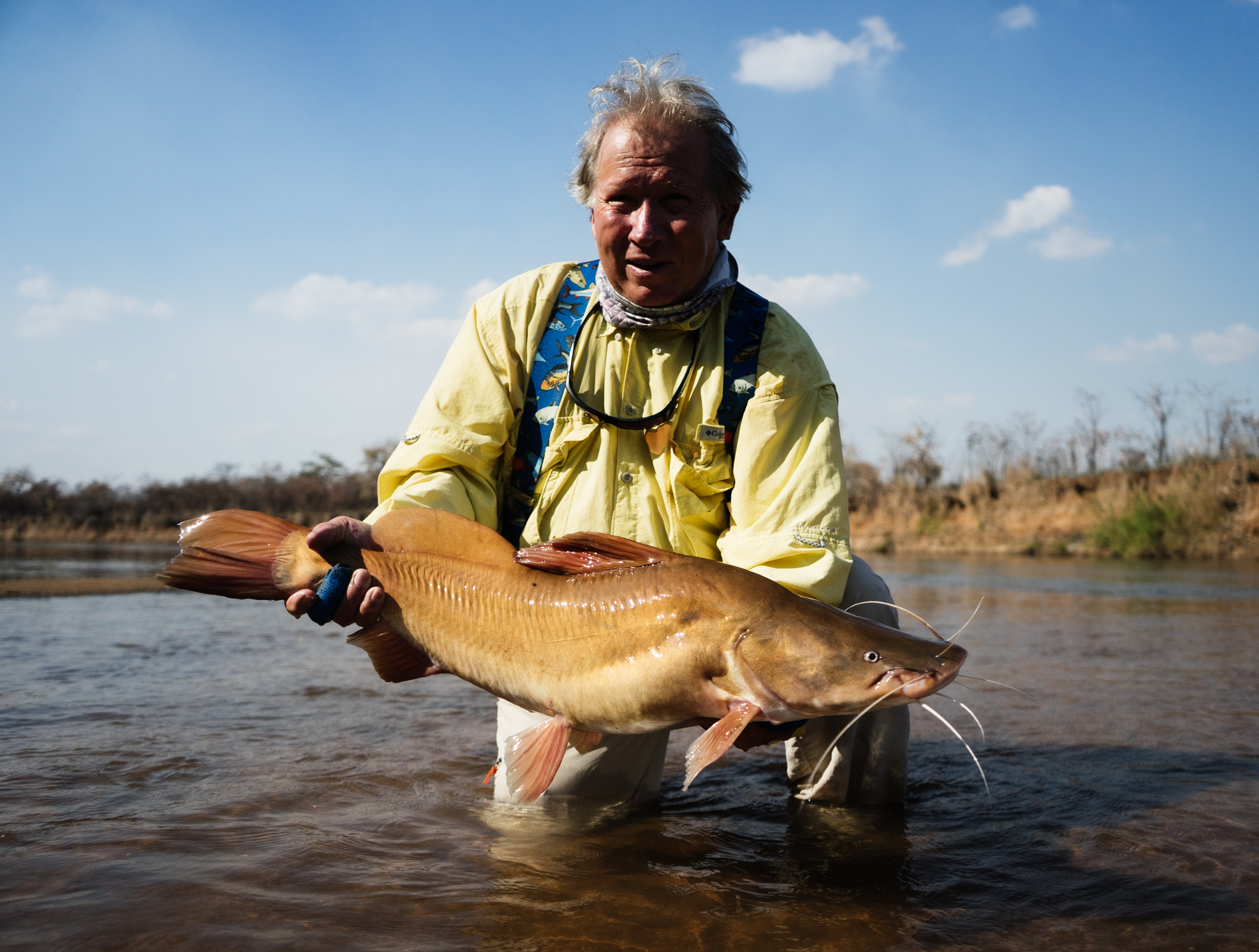 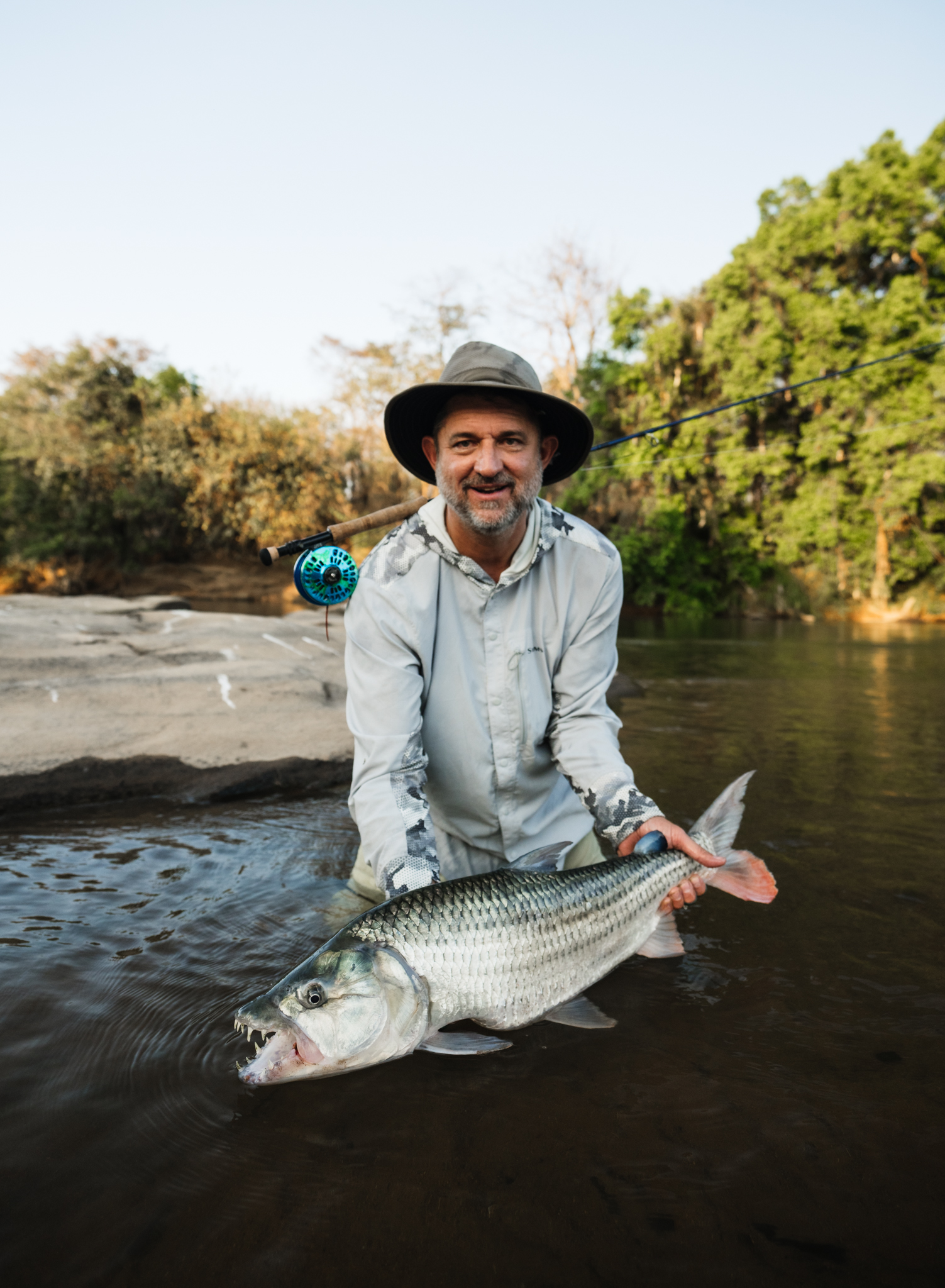 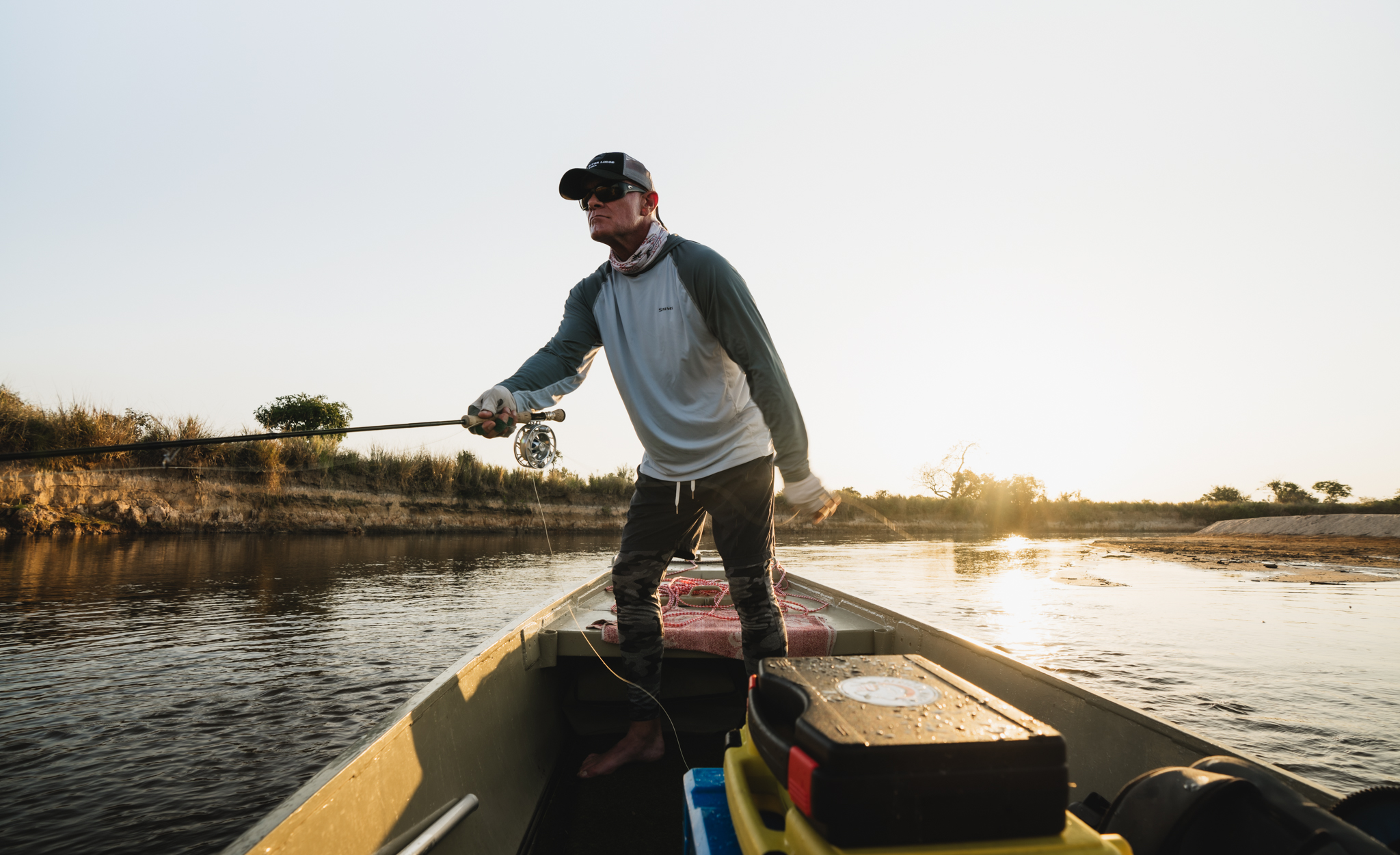