As we get into the later stages of the Orange River season the sun rises over the valley a lot  earlier, making it much easier to spring out of your tent in the early morning. This drift there was a clear change in temperature which eliminated the crisp cool mornings that we had been experiencing. This change in turn has also effected  the water temp, which brought about a noticeable change in the way the big fish were fighting and the size of the fish that we were picking up. The fish have now started to feed more actively during certain times of day.

The first day of the trip brought about an eye opener for the new and determined group as it was soon made clear that catching a largemouth yellowfish of substantial size was no walk in the park. Day 1 was very slow as we only managed to pick up a couple smallies on the nymph while fishing the rapids. This however had no effect on our spirits as we battled on looking for the monsters that prowl the depths of the Orange River. Cast after cast we through flies into what can only be described as prime fish holding water without any reward, but at long last our efforts resulted in something spectacular!

A giant reveals it self – big fish of a lifetime

Within just 3 casts off a rock ledge into some deep slow moving water Niel Malloy went tight. All hell broke loose as the fish screamed off across the river. As I looked down at Neil’s reel I was shocked to discover that he only had about 10 raps of backing left on his spool. Convinced that the fish was going to spool him I darted for the boat to try and chase the fish down, but to my relief Niel managed to turn the fish around and bring back towards us. Still not knowing what was on the other end of the line I could not help but think that Niel was into a big catifishgg, as we had seen a few this season already. When the fish eventually showed itself we were met by disbelief as I cried out ”big fish! It’s a monster largie!”. All fishing came to a holt as everyone rushed to witness what Niel had on the line. As the fish barely managed to slip into the net, the celebrations echoed across the valley. Niel now held in his hands exactly 20 pounds of pure muscle. After taking a few photos Niel, released the old beast safely back into the river. When asked if he wanted to move on he replied that he just wanted to sit, drink a beer and take in this special moment. The perfect way to honor an incredible fish, and savor the experience.

In the days that followed Bun Noel who was eyed in on Smallie fishing got himself into a beautiful 6 pound Smallie. Mike Graham was also rewarded as he managed to pick up his first Orange River largie. Going into the last day Alex Malloy was yet to land a largie of his own. Finally after many hours of casting he was rewarded with a respectable 5 pound Largie. Other than these fish a number of smaller Largies and Smallies were landed bringing making the Kalahari season drift 4 one to remember.

Excitement still runs high as we look forward to the groups and fish to come – click here if you would like to join us for an experience of a lifetime. 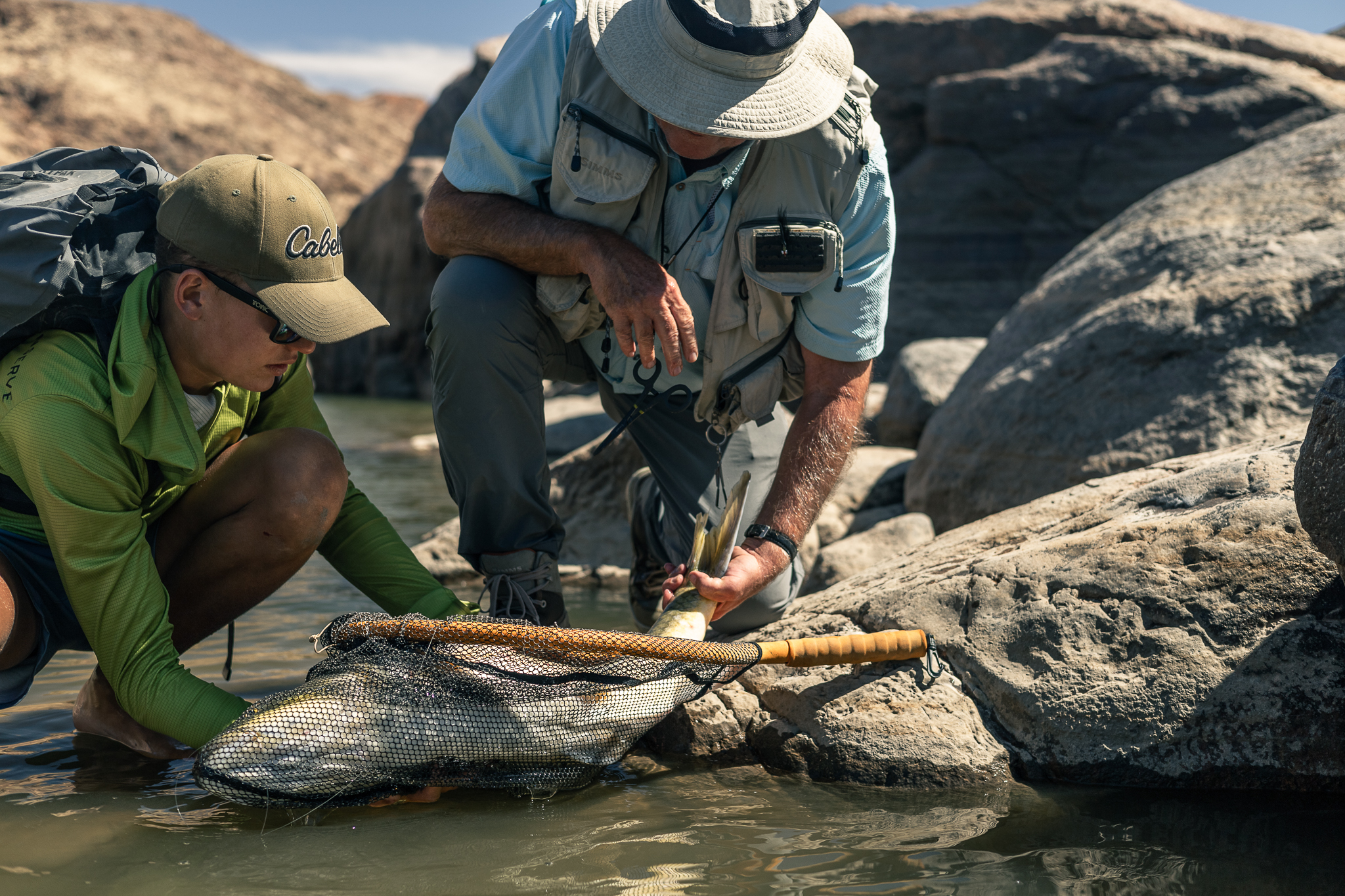 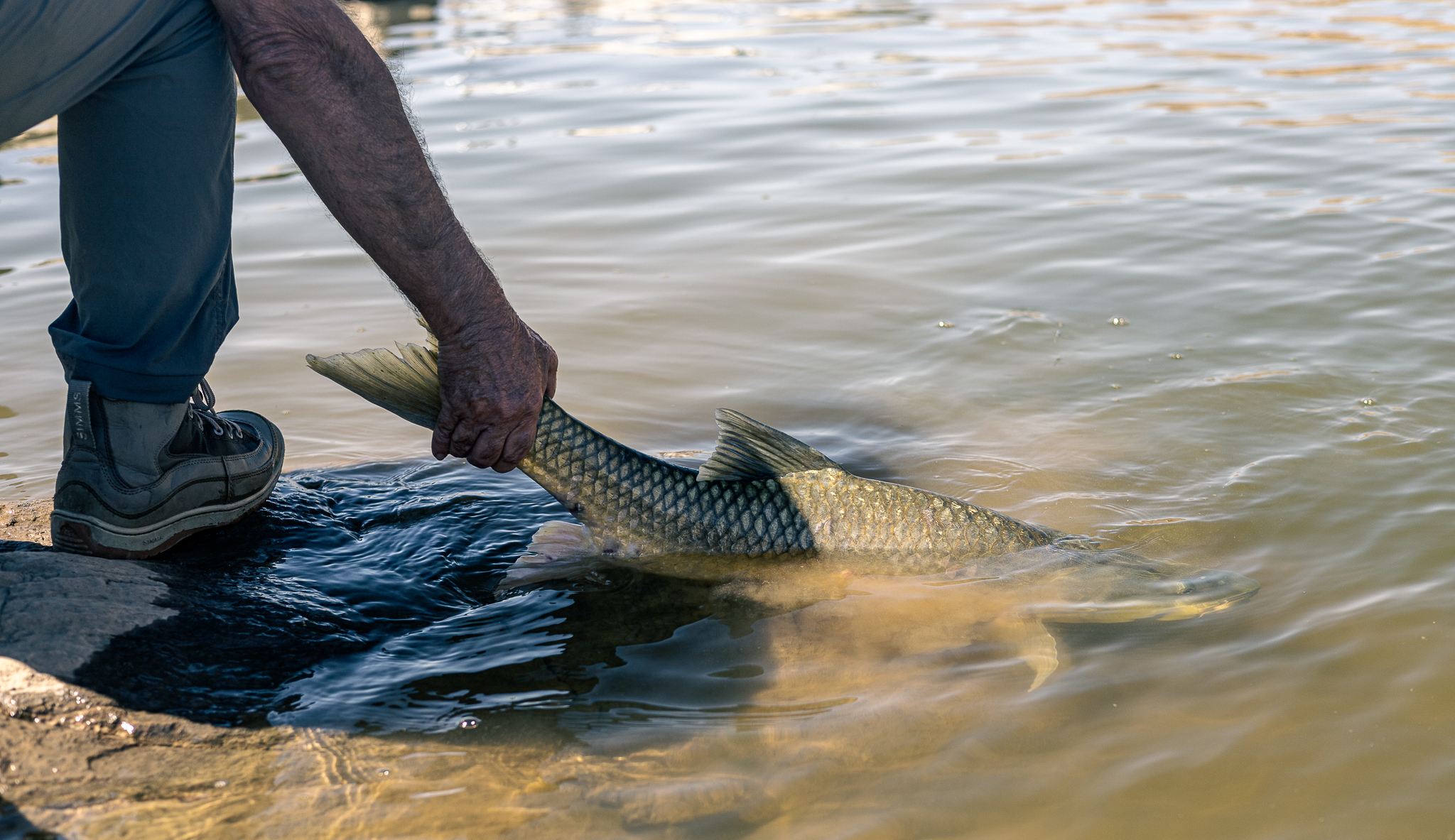 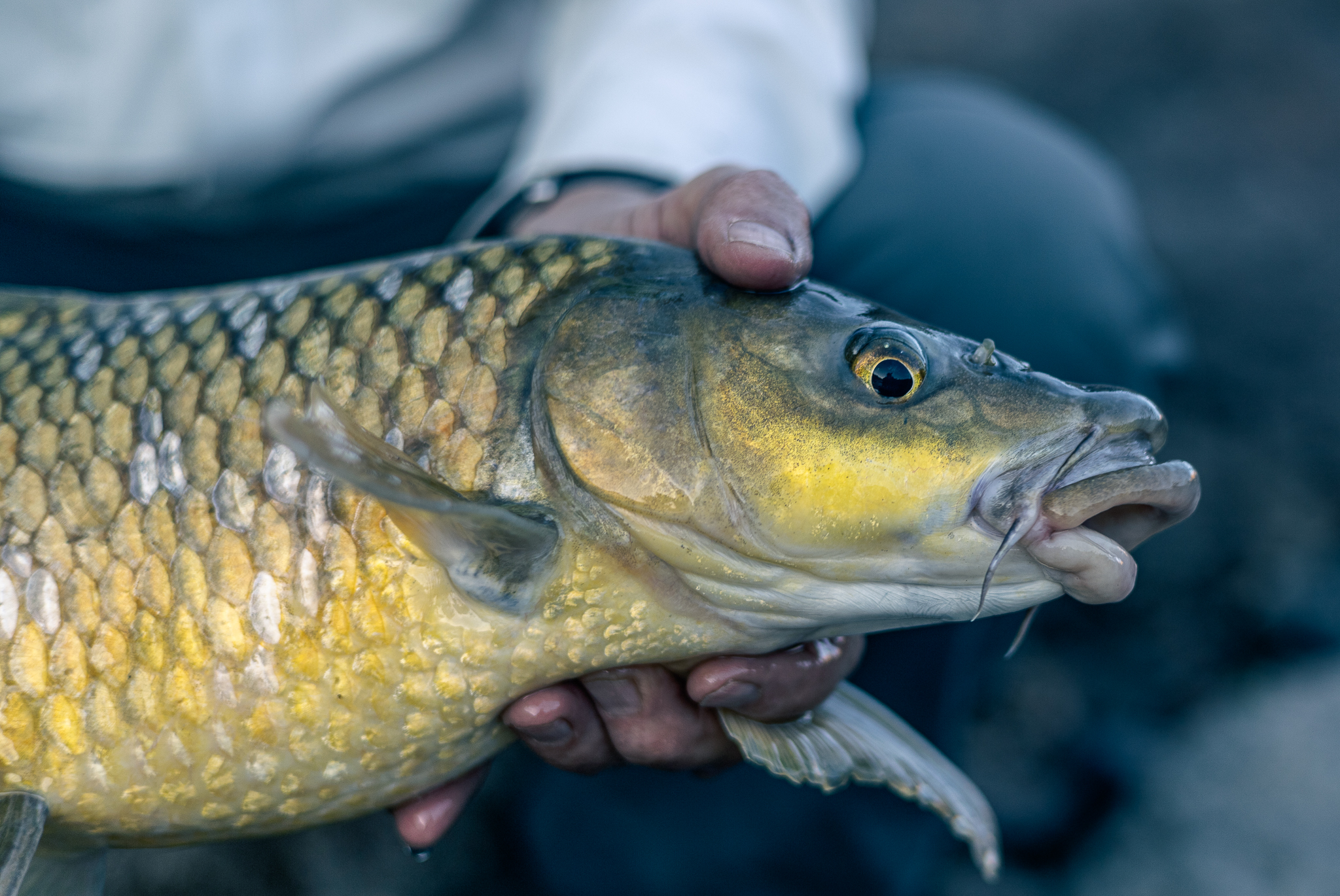 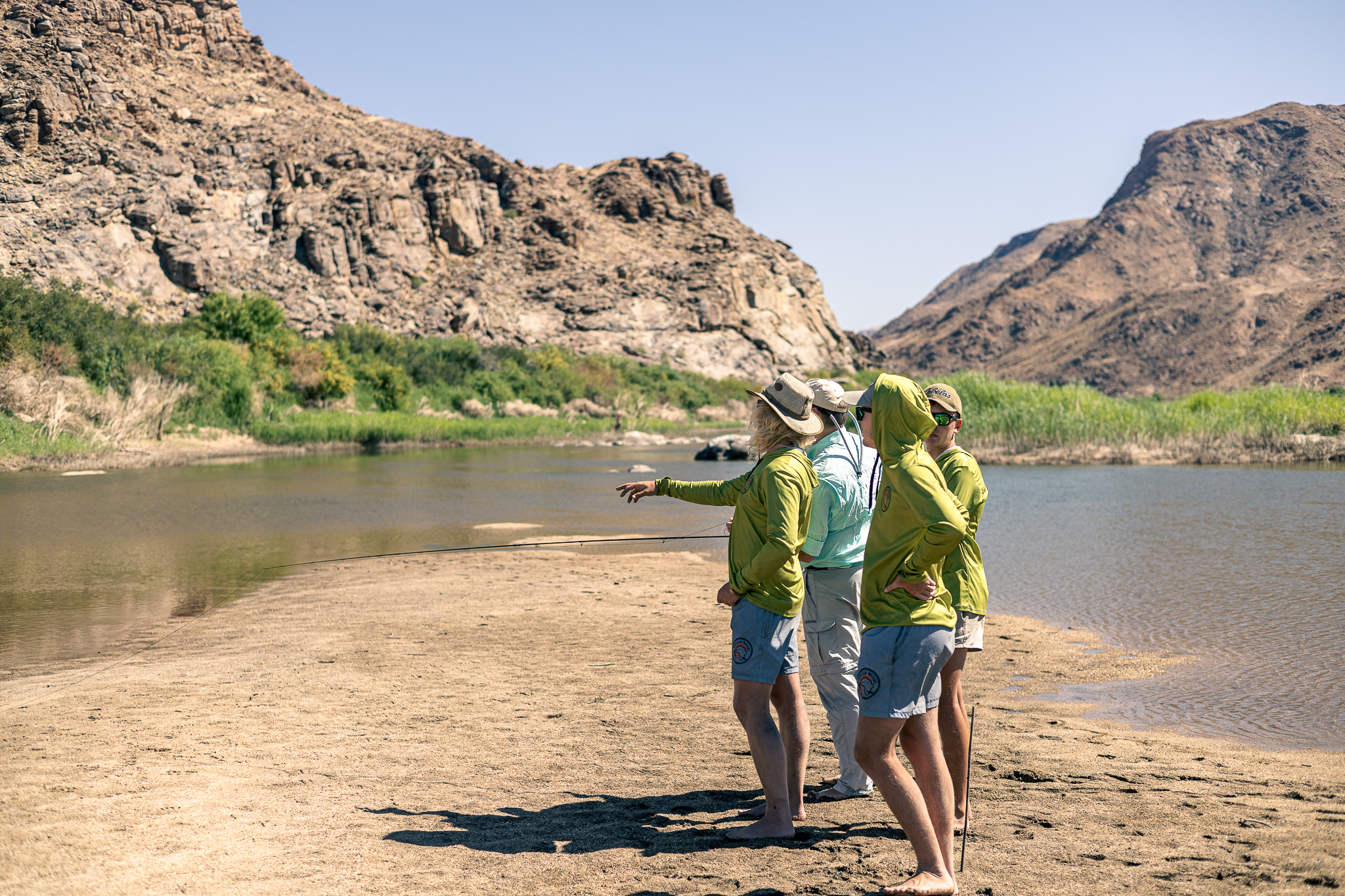